This furniture brand is quietly doing sustainability – with an Italian twist

This will make sense in a few paragraphs: in Italy, commitment to environmental sustainability in the furniture industry has to do with Sophia Loren’s cooking.

But first, a few steps back. During this year’s Salone del Mobile, contract furnishings company Pedrali presented 10 new collections in a grand exhibition space aptly titled #PedraliPalaceofWonders – Calvi Brambilla dreamed up nine separate sets and one ample café-like central courtyard. The manufacturer worked with several designers, from Patrick Jouin to Eugeni Quitllet, to produce pieces such as the Héra armchair and the outdoor version of the Soul armchair. But one particular commission stood out: the Tribeca Lounge outdoor series, the Jamaica armchair and the Folk chair, all devised by CMP Design. These pieces connected the carefree past and a careful future in a way that gives soul to the supply chain. 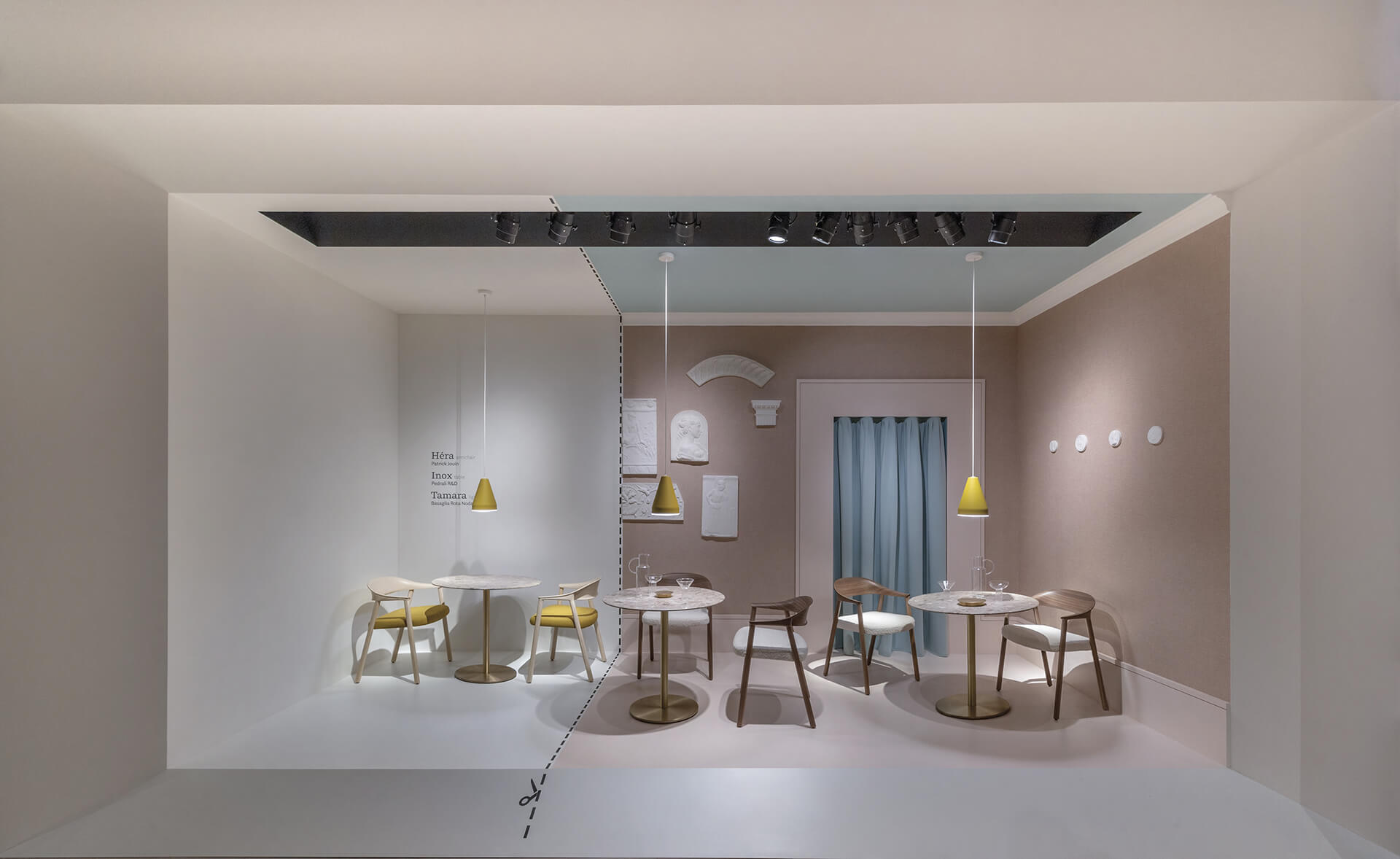 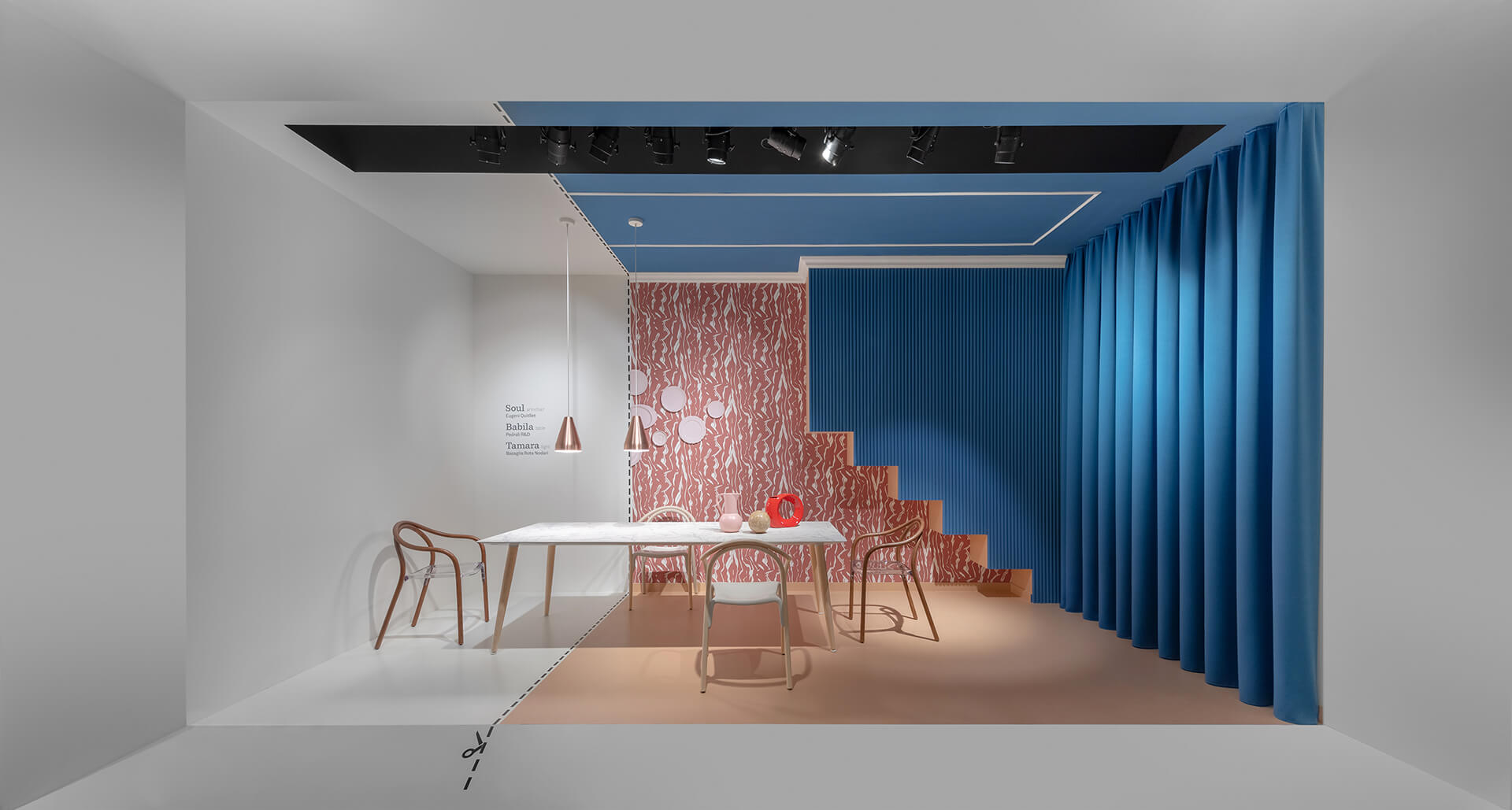 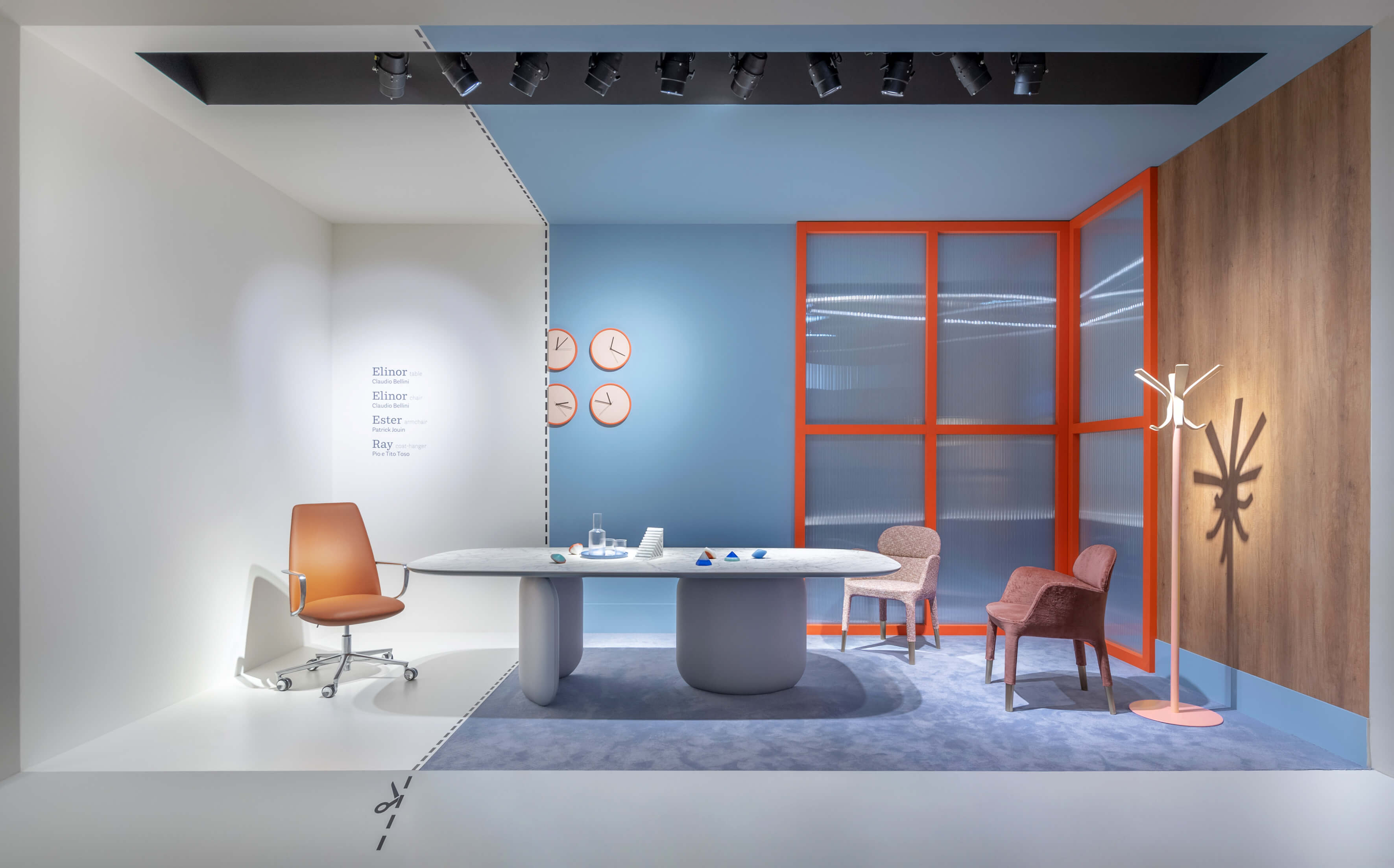 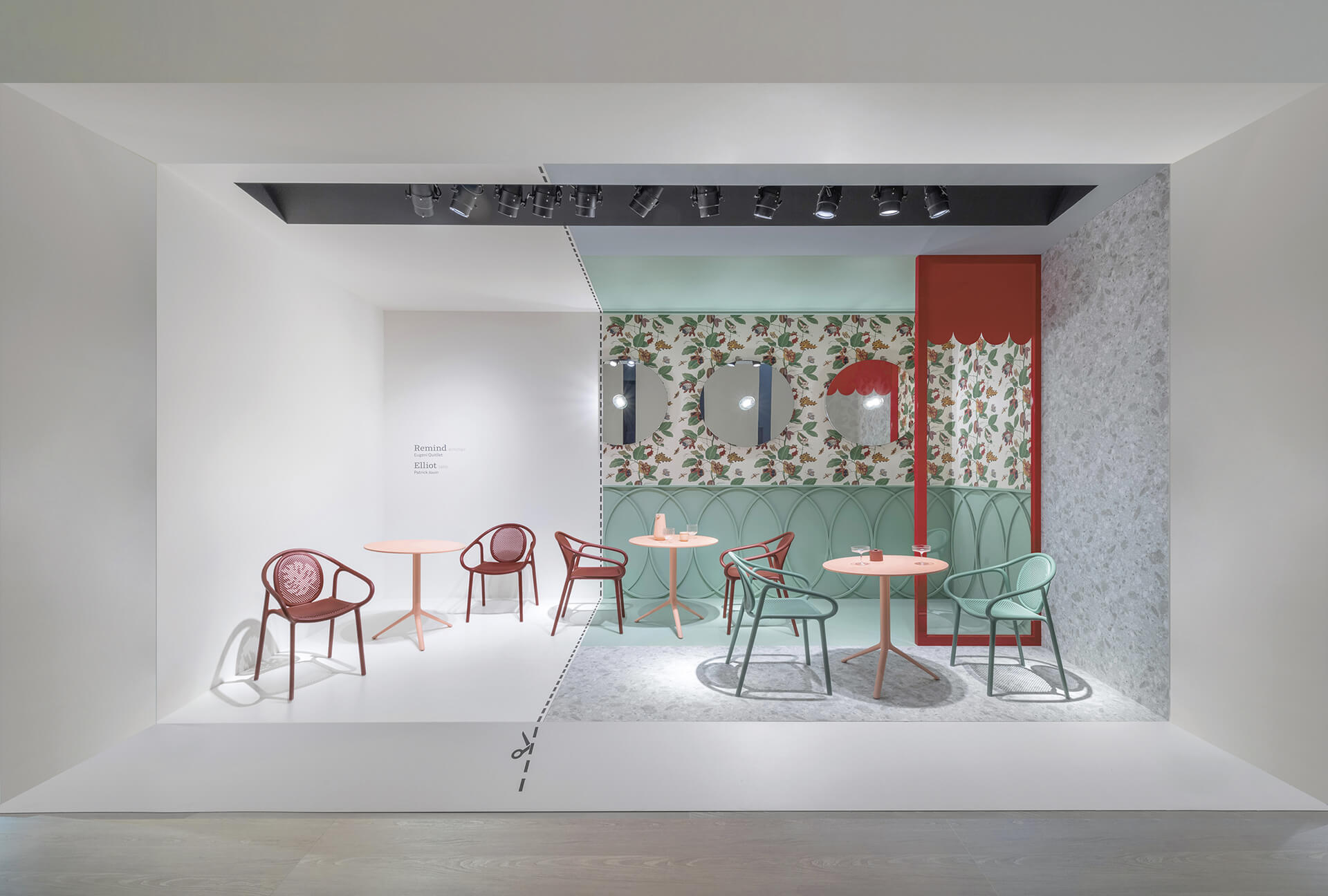 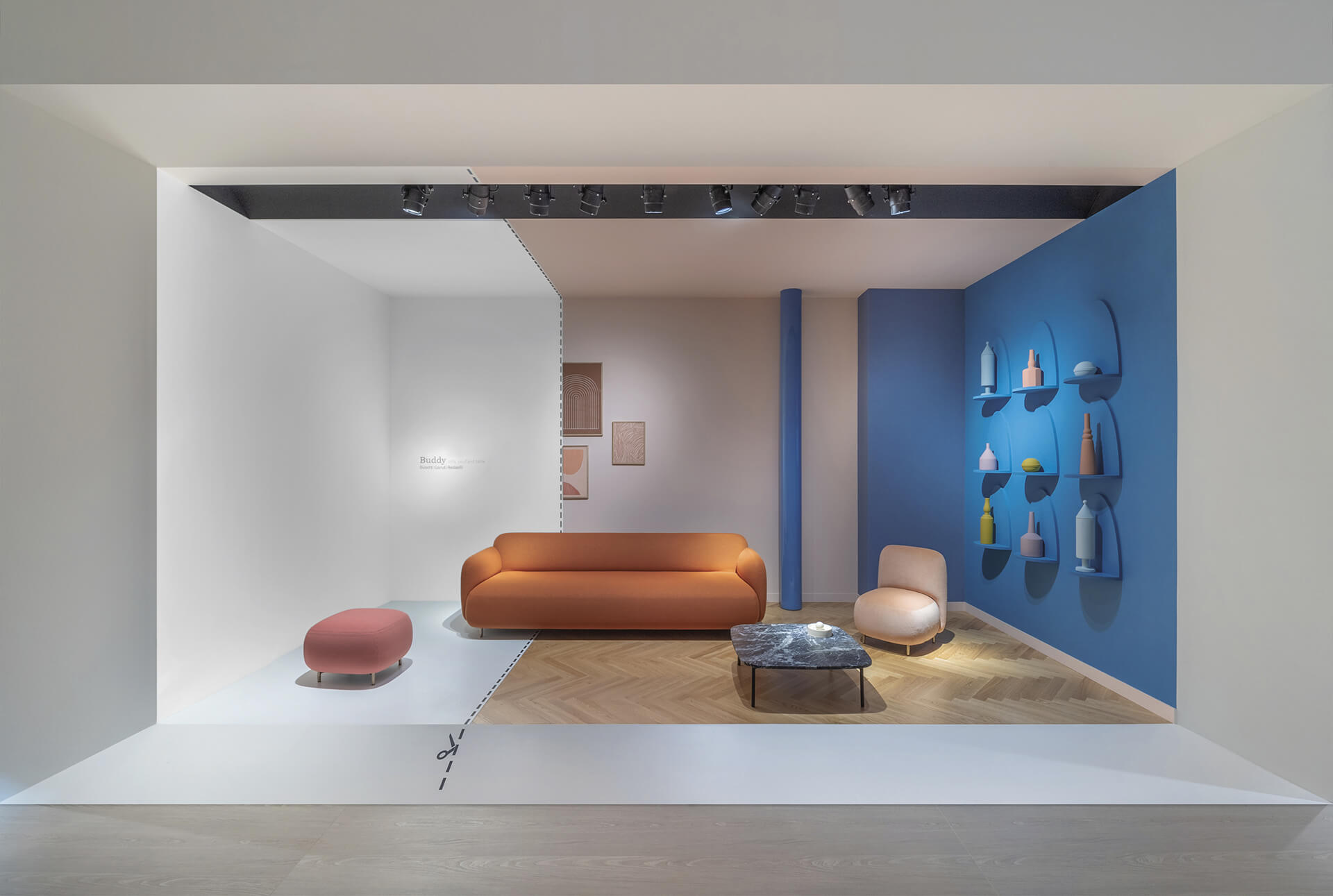 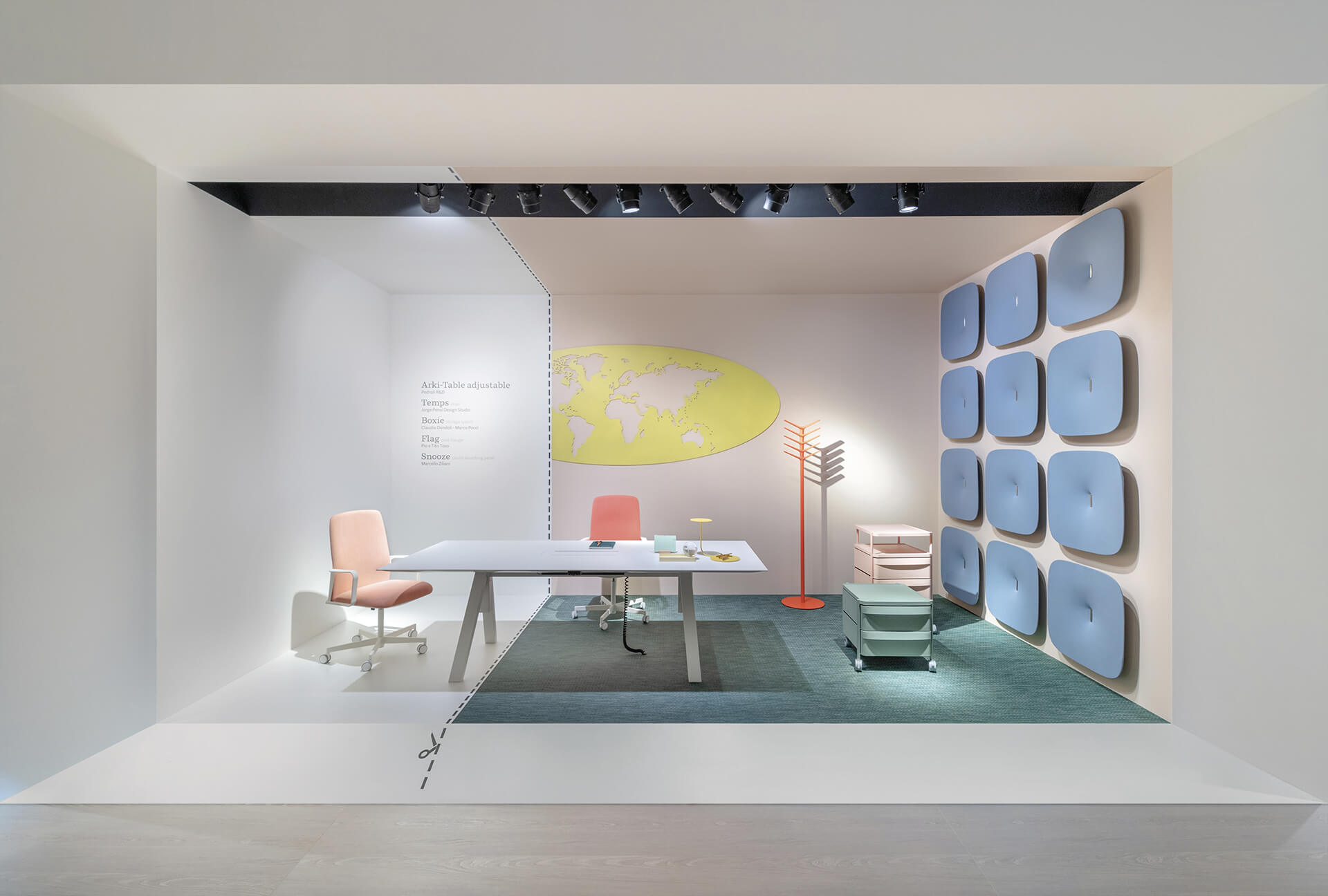 Through this spectacular stand, Calvi Brambilla wanted to pay homage to the 'wonders' presented by Pedrali, creating nine different scenes

Take, for example, the Tribeca Lounge pieces. The obvious callback for the armchair and the two-seater sofa is the ubiquitous patio chair from the 60s, made from steel and woven cord. But CMP’s iteration was actually inspired by something else: pasta making and marlin fishing, all in the name of making a timeless, more humane piece of furniture. ‘This collection might look friendly, but it hides inside an ergonomic innovation,’ explained Antonio Pagliarulo, one third of CMP. The woven-cord chairs of yore would deform due to heat and use, which would earn them a quick trip to the trash pile. Theirs avoid that end by taking the extra-strong nylon thread used for marlin fishing and covering it in extruded PVC via a custom-designed machine that closely resembles a penne-making one. ‘Because we don’t just design a chair – we design a process,’ added CMP co-founder Michele Cazzaniga.

By introducing this type of tweaks in production, CMP Design and Pedrali are treading their own path towards increasingly considerate pieces. First, these innovations make for longer-lasting pieces. And then there’s the matter of designing objects that are as beautiful and comfortable but as little invasive as possible, to make sure they can be used in any type of environment, in any type of era. ‘Look at the Tribeca, the Folk or the Jamaica – your eyes can go through the chair,’ co-designer Simone Mandelli pointed out. 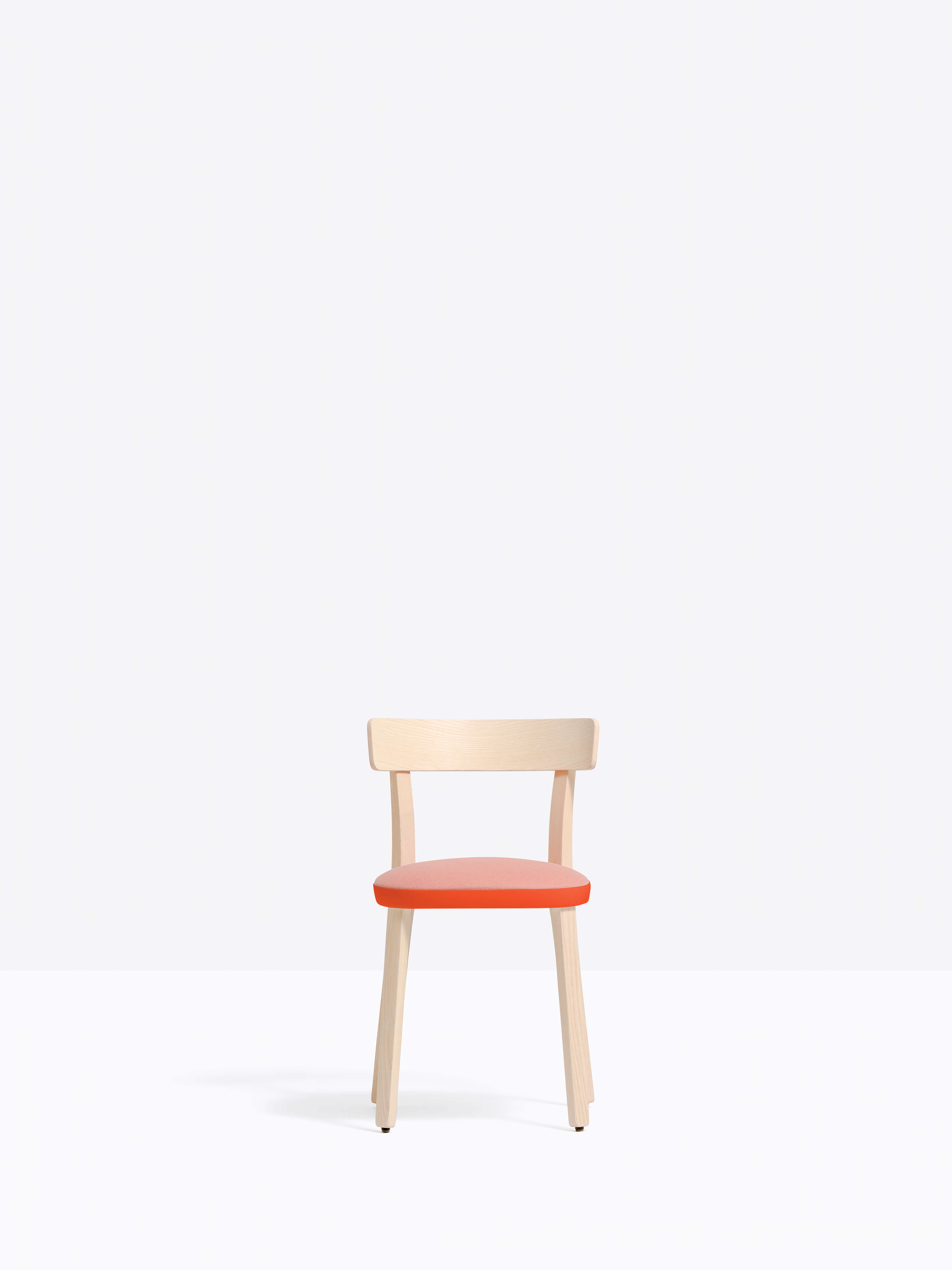 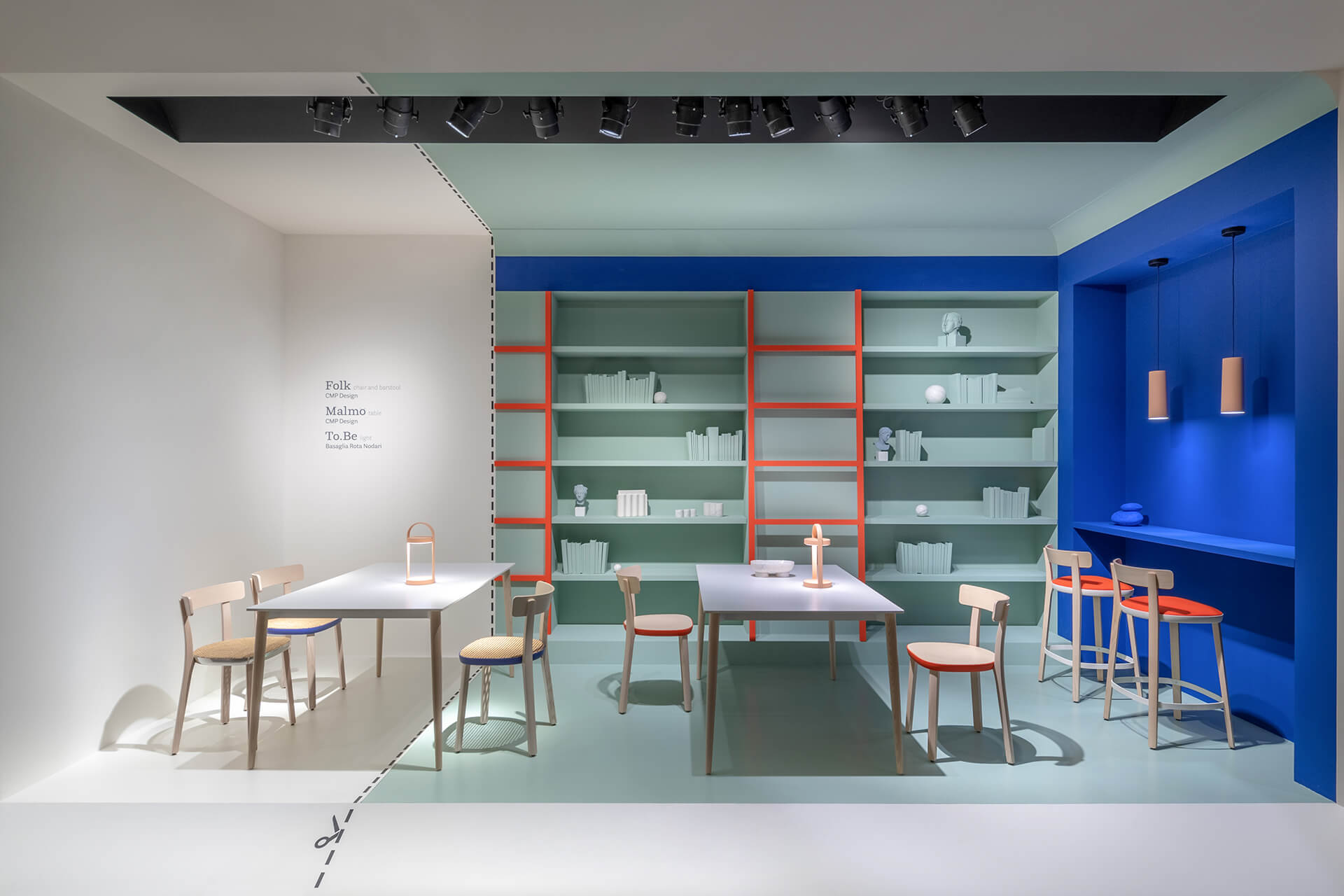 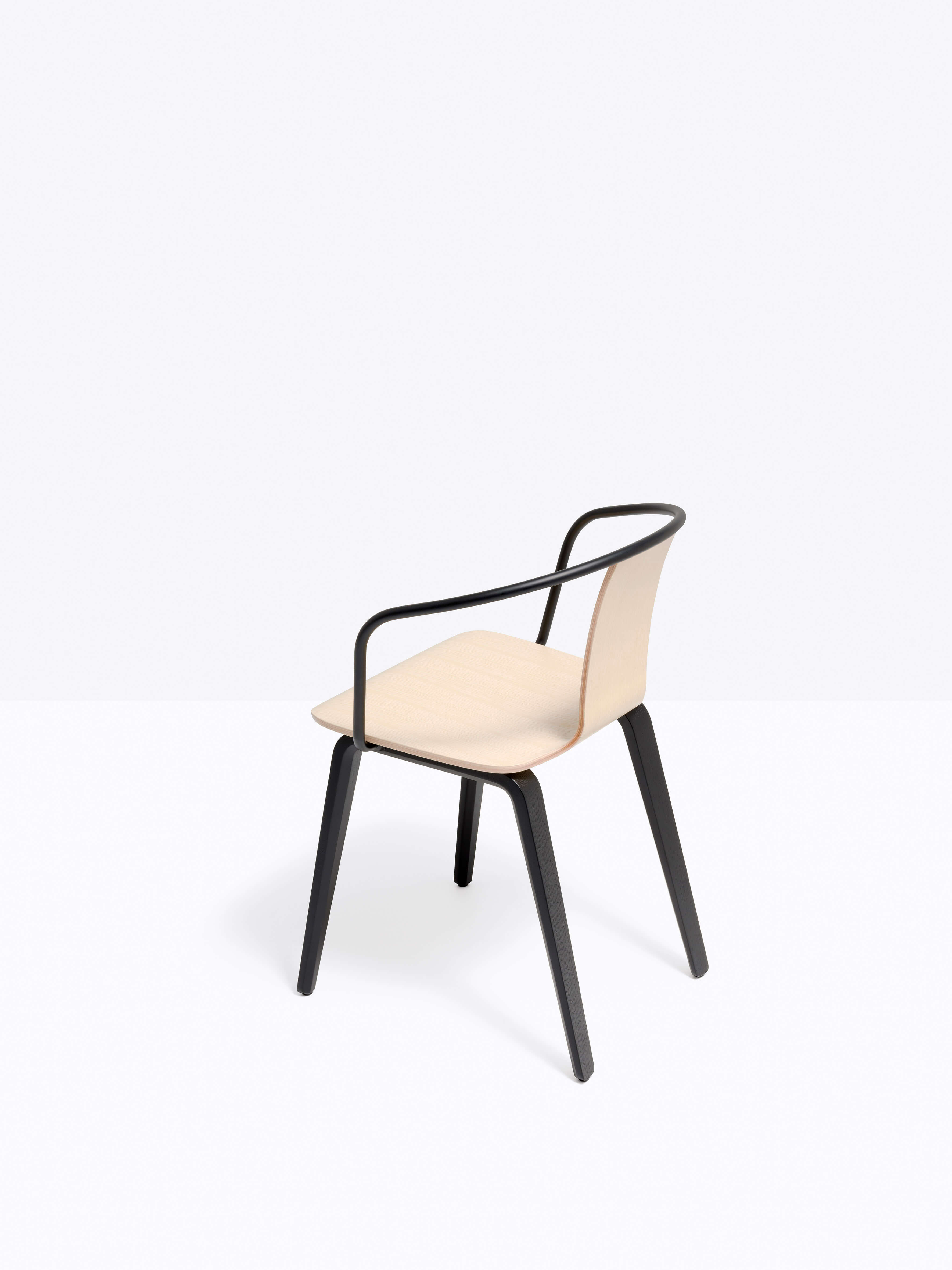 Top two: the Tribeca Lounge and Folk series at the Palace of Wonders; the Jamaica collection is in our cover image

The Folk collection also has a friendly but innovative character: through the warmth of ashwood, its human lines convey the concept of a chair that speaks a universal language. A light, durable die-casted aluminium ring becomes the structural and distinctive element that enables the piece to be easily disassembled for recycling purposes, or to replace its components. The solid ash frame snugly embraces the aluminium ring that holds the seat, which is available in ash plywood, upholstery or cane.

The design of the Jamaica collection wasn’t inspired by the Caribbean nation, but by the Milanese culture hub that gave the world the likes of Enzo Mari and Lucio Fontana. The legendary Brera bar is no longer the artistic institution it once was, but the trio has decided to tell a younger generation of consumers about it, about the postwar cafes where intellectuals and artists dreamed of a better world. They’ve done so by way of an elegant armchair that combines metal and ashwood. The wooden elements of the Jamaica collection are FSC-certified and covered with organic water-based paints, as are all of Pedrali's wooden products. The Jamaica is both a loving history lesson and a sense of faith in technology – or, as Pagliarulo put it, ‘it’s giving a human face to the aesthetics of machines.’

What does that human face look like? At the Palace of Wonders, Cazzaniga, Mandelli and Pagliarulo could be seen walking around with custom-made tote bags, featuring icons of Italy’s pop past. One had famed actor and director Alberto Sordi dressed up as the namesake character in Il Marchese del Grillo. There was Nino Manfredi in a scene from a Lavazza ad from the 80s. And most importantly, a young Sophia Loren in a photo from a cookbook she produced early in her career. These moments in Italian history inspired the way they approached both the aesthetic and technical aspects of their newest products. What does this have to do with the future of Italian furniture? According to them, everything: the best way to reimagine the future is to bring along with it the creative joy that exists in their DNA. Fishing, pasta, Sordi: they’re all part of their formula going forward. ‘It’s not nostalgia about the past: it’s the acknowledgement that the things that make us happy should not be forgotten, no matter which time we’re living in,’ reasoned Cazzaniga. ‘And beauty and joy have to be a part of that.’

To be sure, due to Pedrali’s near-vertical production system and the company’s strong desire to focus on generous technical improvements, this is a form of sustainability in the contract industry – but the Italian way.