Casa Verde by LDA.iMdA shines a light on mental healthcare

Mental healthcare has barely more than a century’s worth of history. Only in the 1970s, did Italian law de-institutionalize the patients, bring up community-based psychiatric services and close down asylums. The Casa Verde by LDA.iMdA ticks off everything of what is expected of a modern-day mental healthcare facility but goes beyond that to create a building that stands out, like an emerald in current hospital architecture. 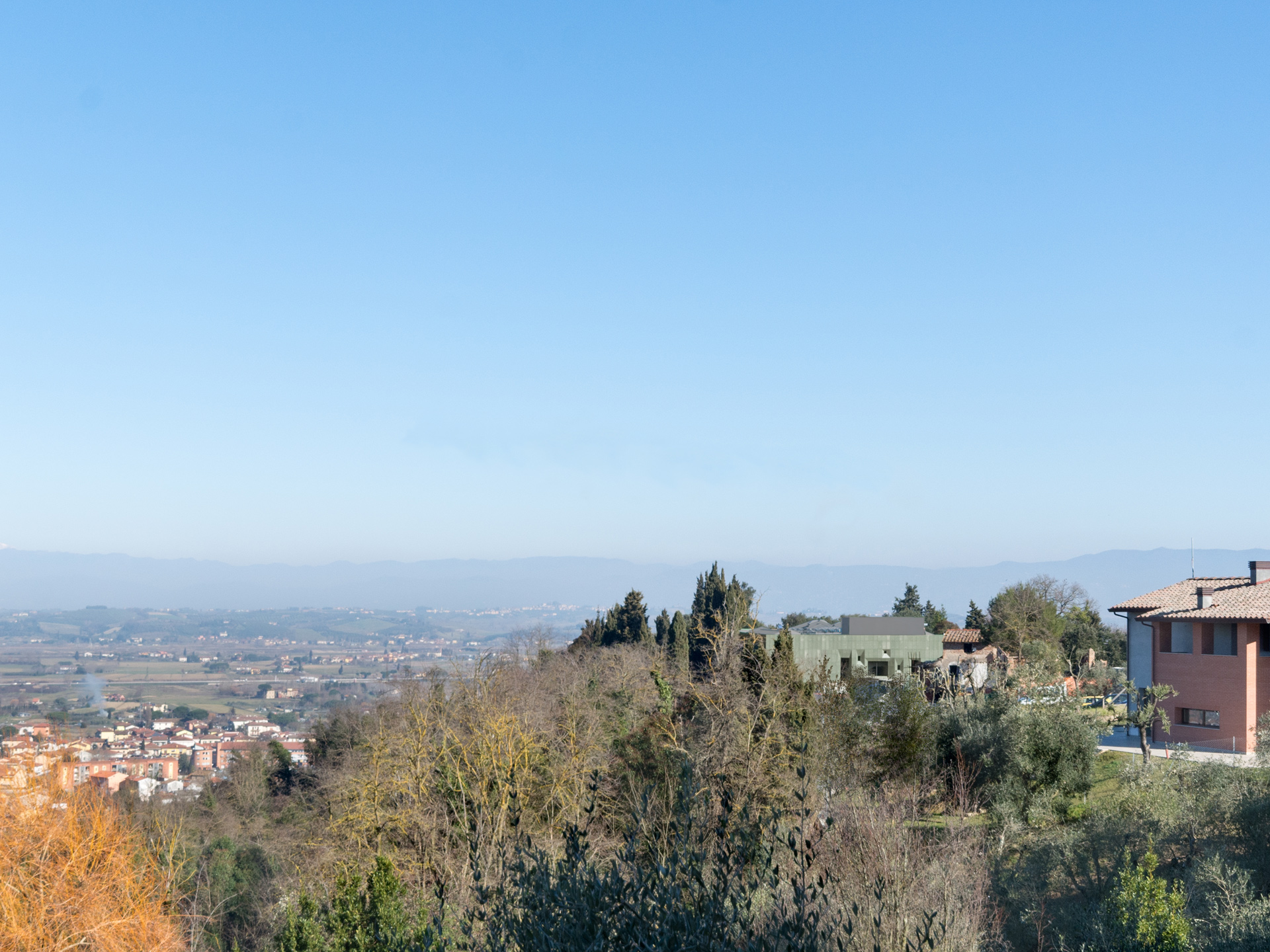 The Casa Verde expands out of an old orphanage, bringing it new life and new colours. It follows the general trend for mental healthcare facilities as it diverges towards small scale residence-like buildings. The key is to maximize the amount of freedom patients can have, within the limits of acuity of the disease, and offer abundant greenery – which the building does with its bold façade and surroundings. 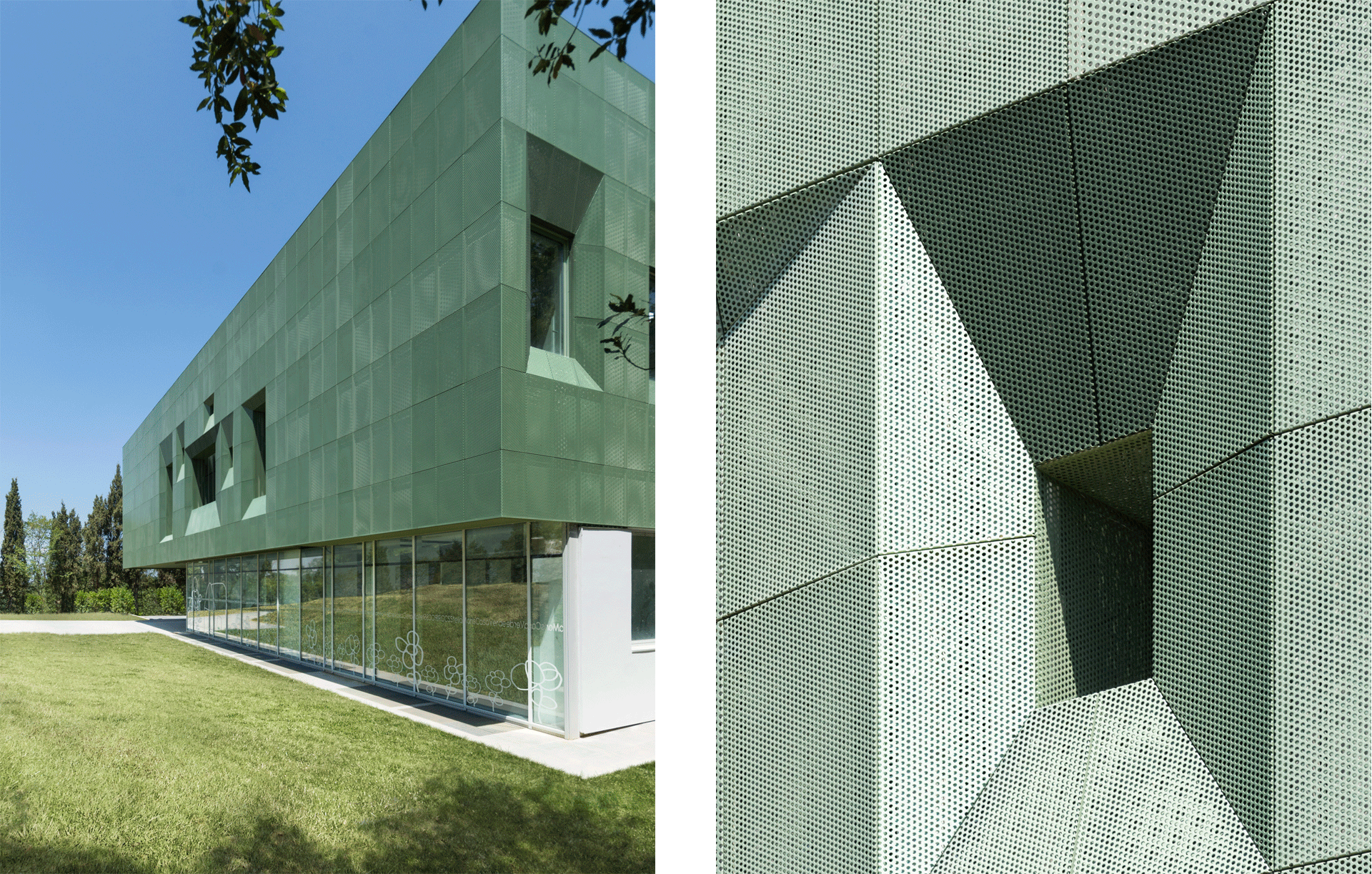 The original villa was built in 1920 with various additions from the 1950s to the 1970s. The expansion covers the existing patchwork of buildings, encasing it in a green perforated metal skin. A priority was to create a light-weight structure, necessary as to not disrupt the slope of the hill it sits upon. 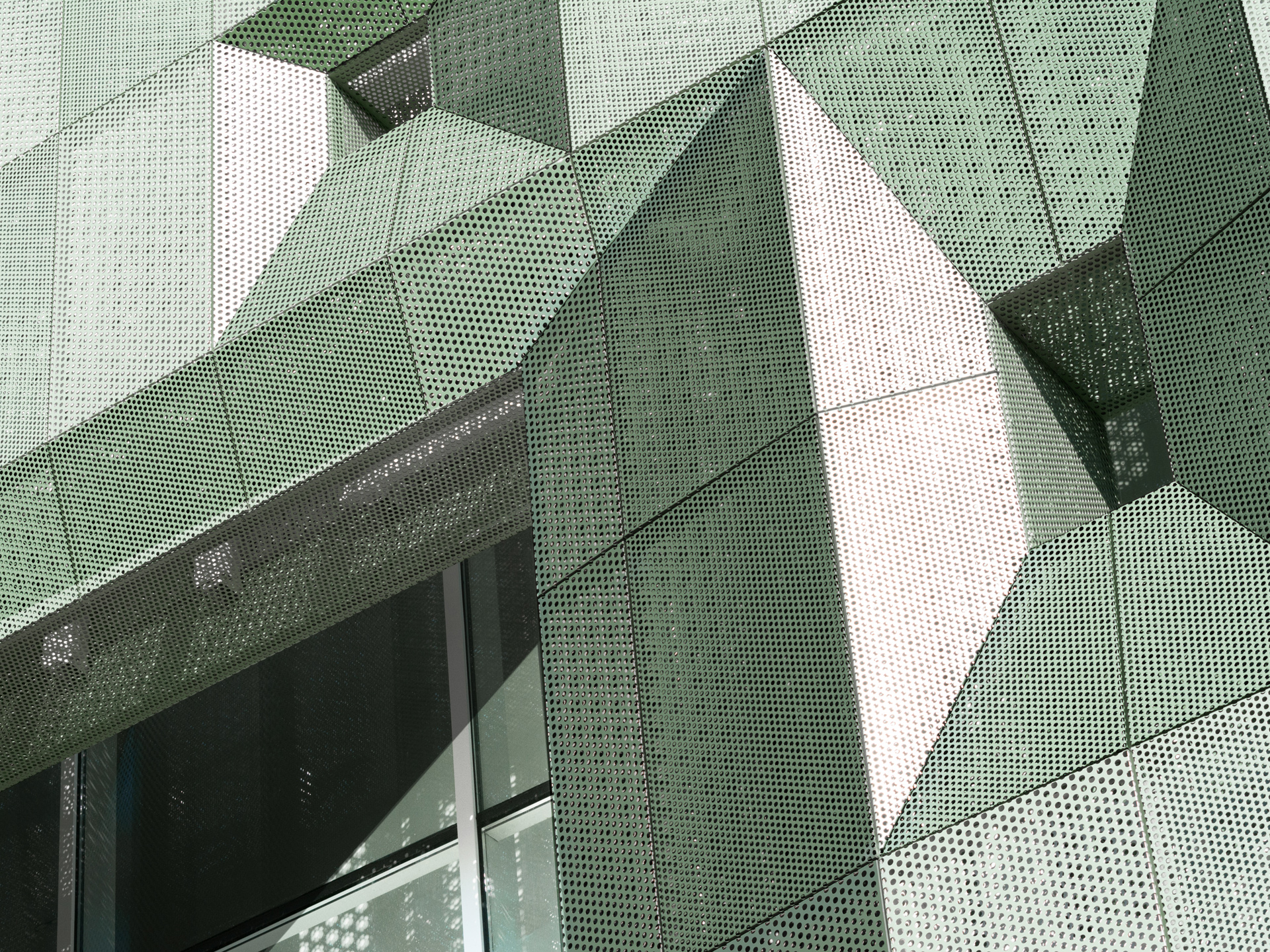 The completed healthcare facility takes up a third of the entire 3800 sq-m site. It gives plenty of space to nature and emphasizes the pop colour scheme chosen for the facades. The green box extends out and cantilevers over a curtain wall with child-like drawings etched along the ground floor.

The architects get playful with the openings that are sunken into the skin, producing a faceted and dynamic façade that activates dramatic shadows as the day goes on. The perforations in the two-layered panels have different sizes and orientations, changing their opacity along the elevation. Studying the different tones of green from foliage, the architects devised a set of panels in the façade, where the hues go from deep teal to a light green.

A small inner courtyard is at the heart of the building, relaying between the existing and the new. The courtyard is overlooked by common spaces for the patients, such as therapy rooms and a living space. Most of the rooms are of double occupancy, encouraging a social in-patient scheme, and provide views outward towards the Tuscan valley. 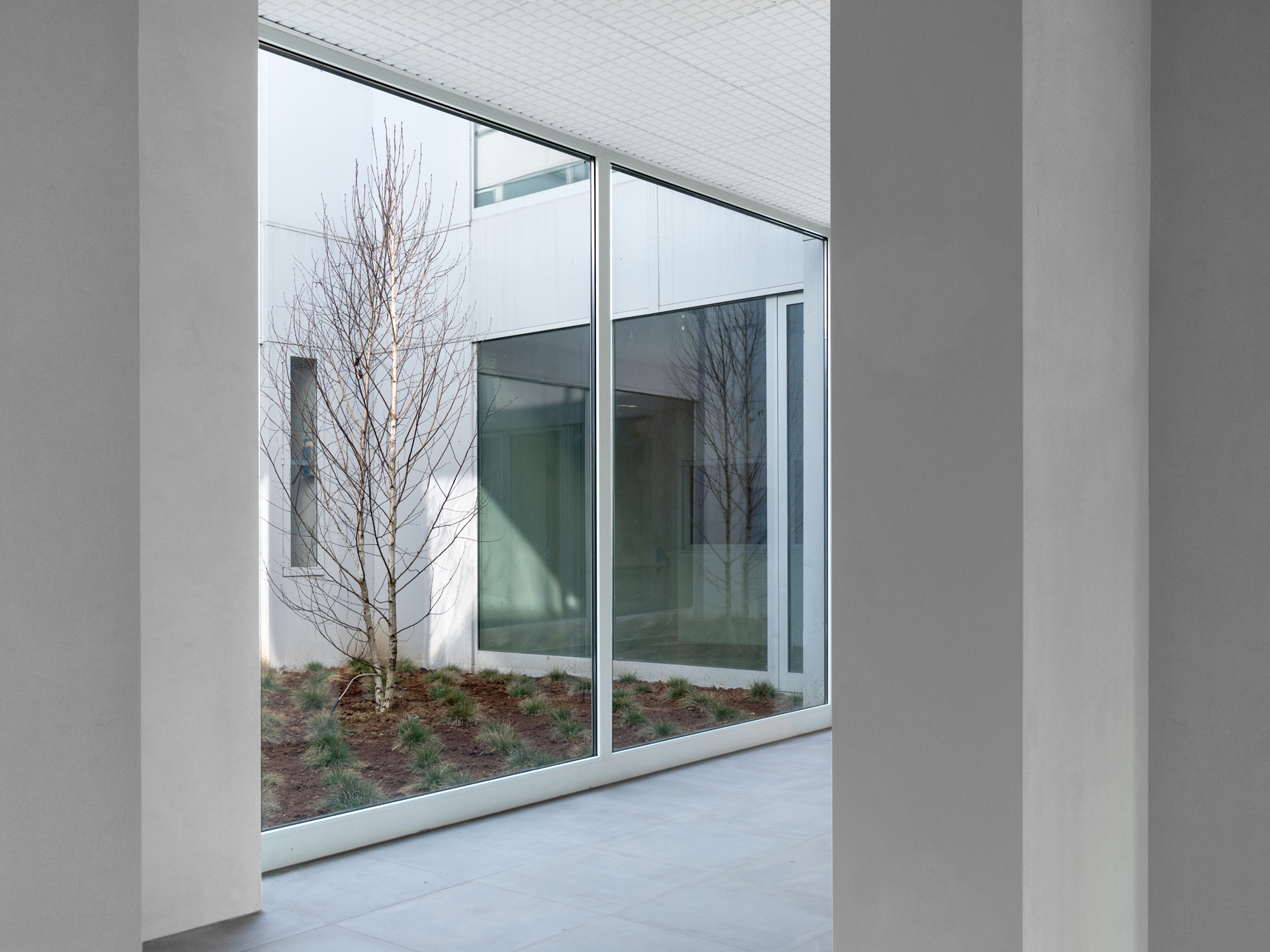 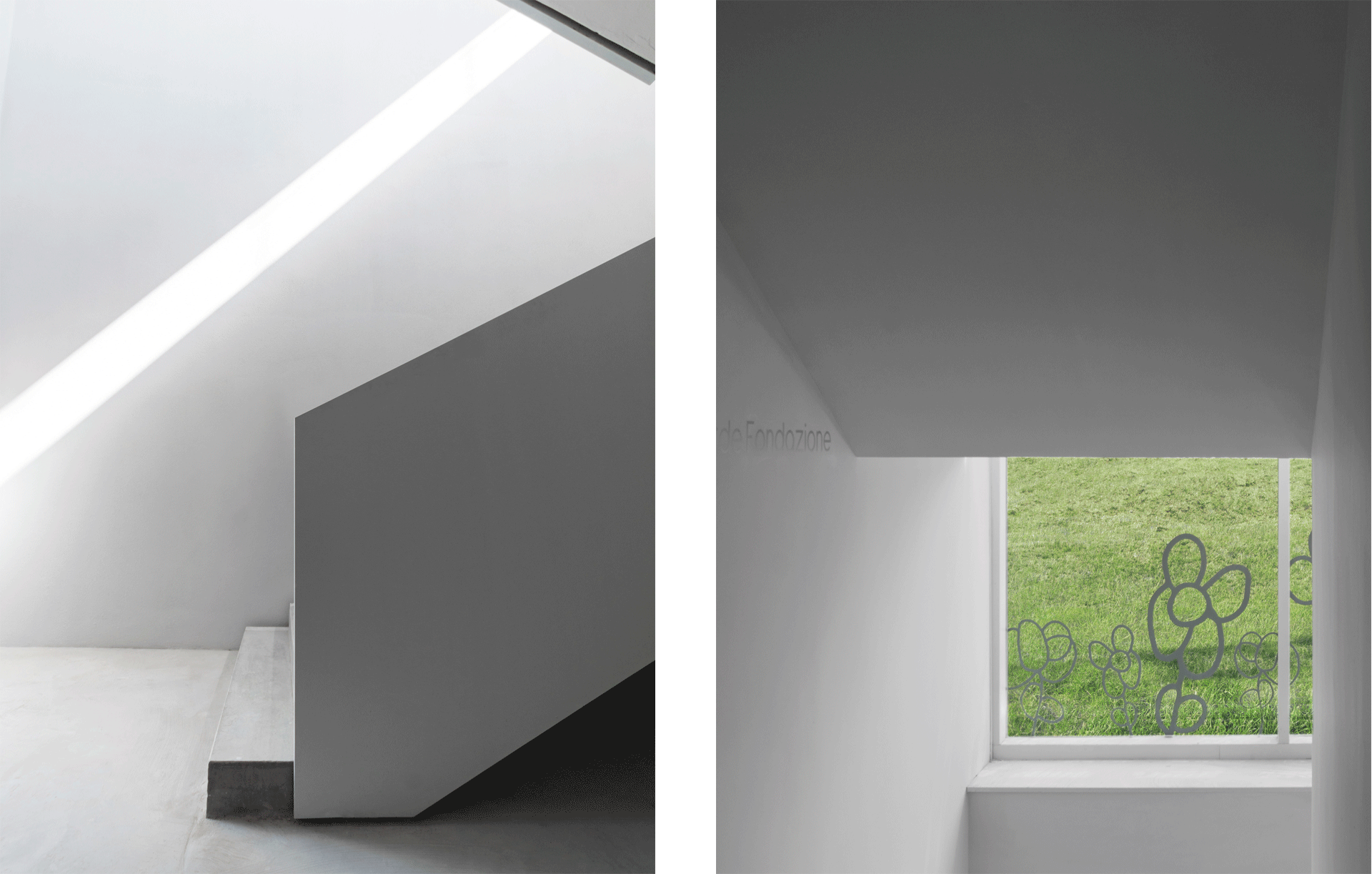