Paul was running a design agency in London when, after attending a course in the city, he picked up beekeeping as a hobby. What started as a side project quickly turned into a successful company – selling locally produced urban honey to luxury department stores like Harrods and Selfridges. He and his co-founder soon shut down their respective agencies to focus on honey full time. Searching for a greater quality of life took Paul to rural Somerset, where he found an increased connection to nature and a happier environment for his family. But more surprisingly for him, it was the encouraging community of entrepreneurs and ideal location to grow his business that provided the biggest contrast to his life in the city. 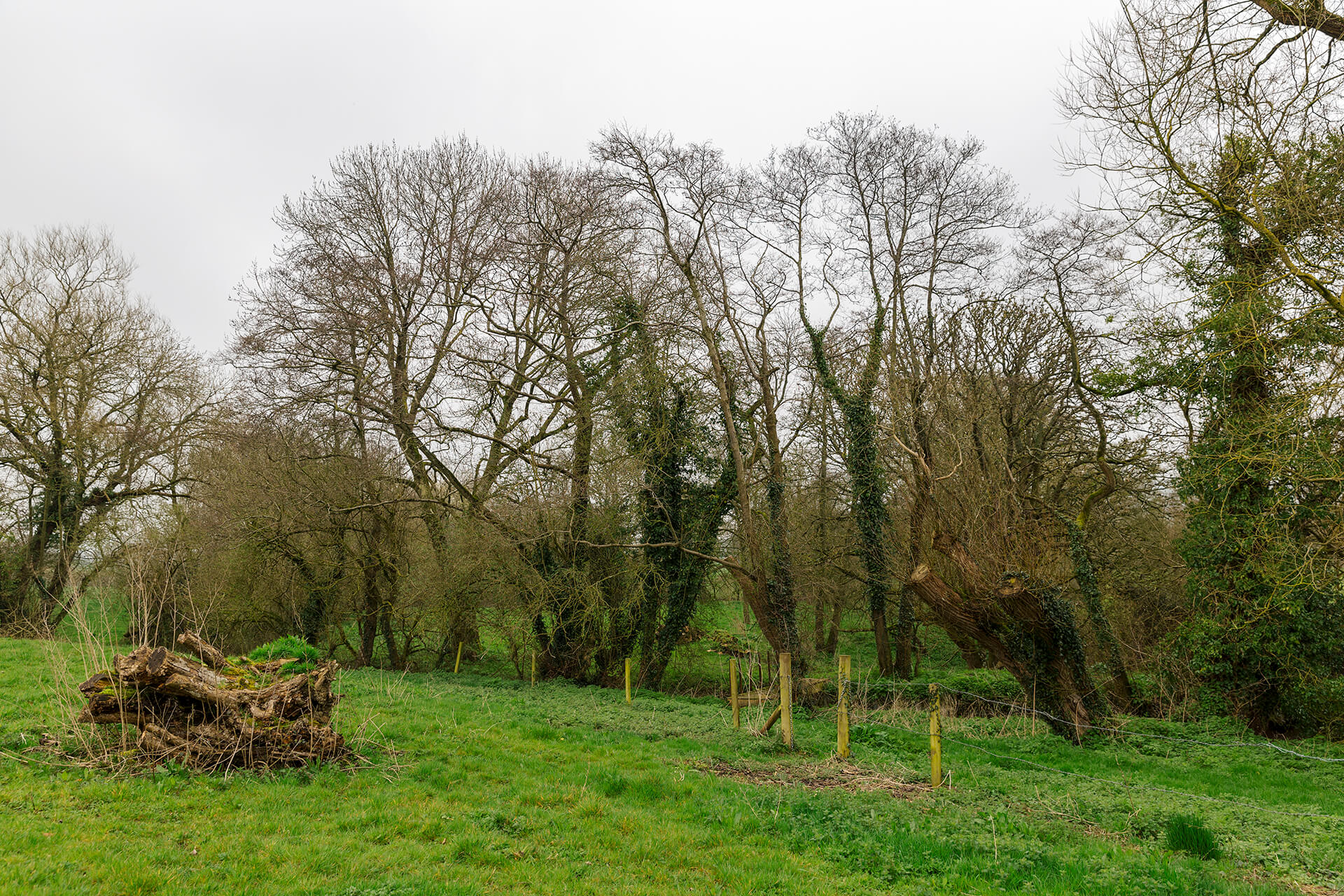 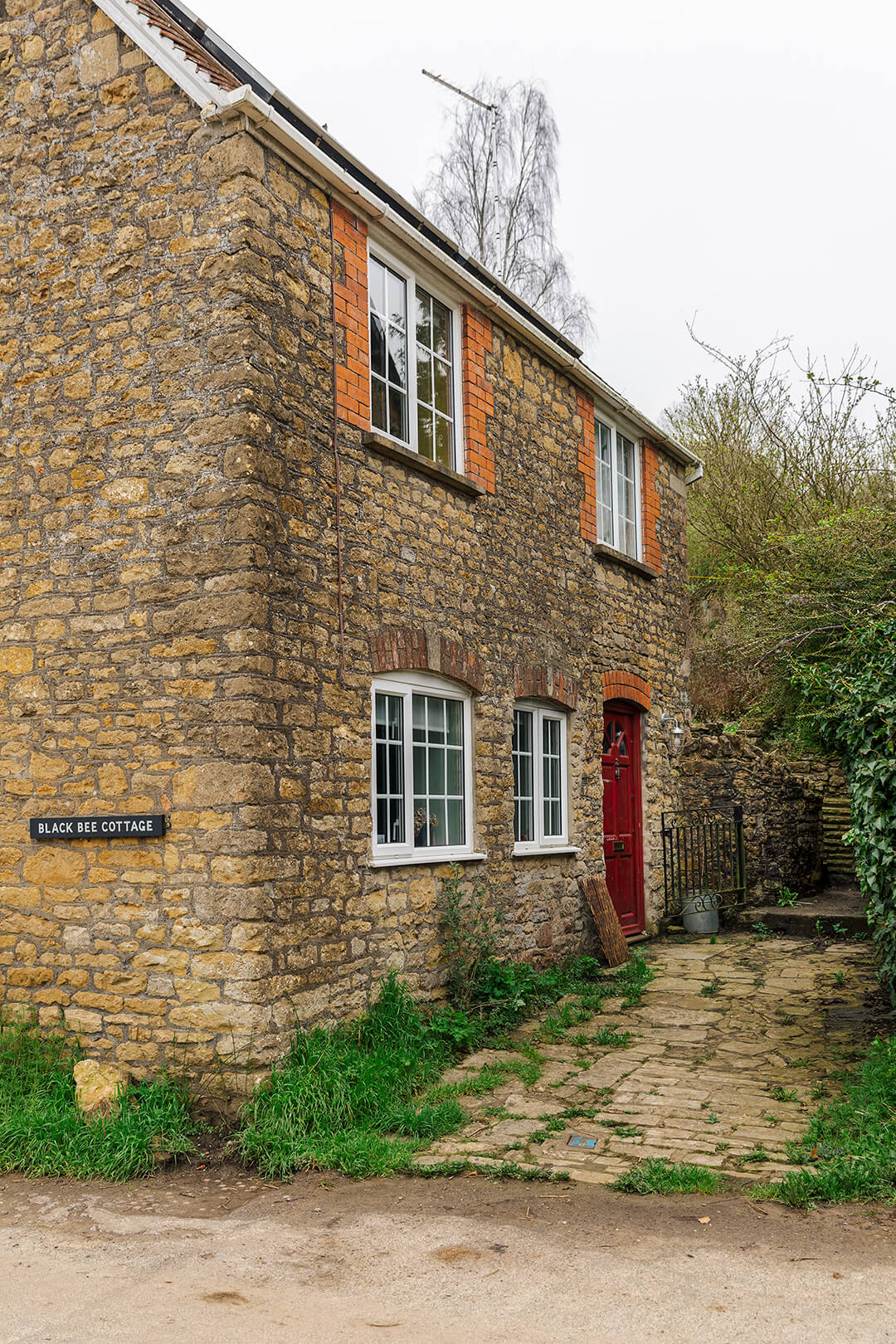 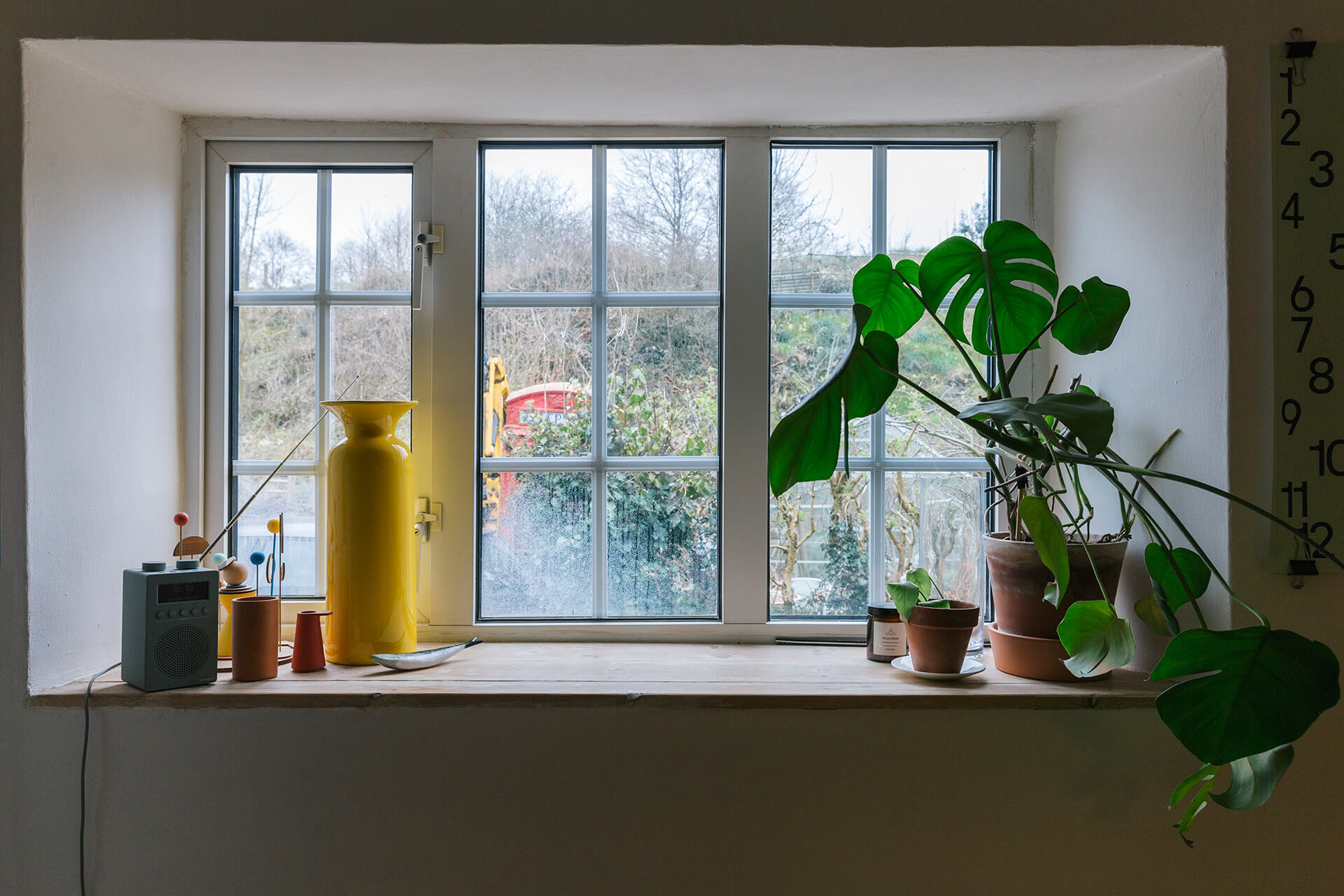 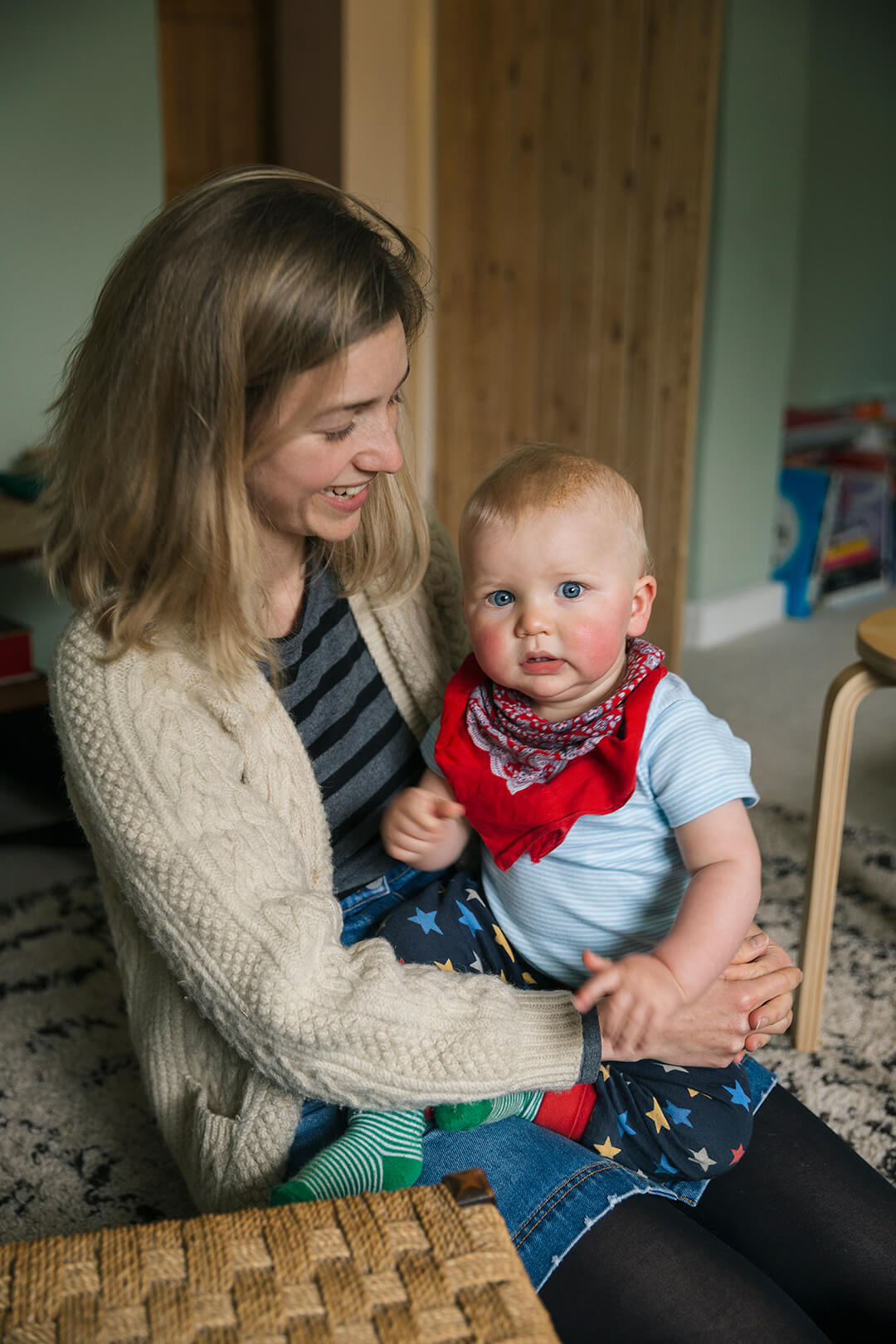 Why Somerset?
We had some good friends here that we have known for a long time. And in terms of food businesses it’s a really interesting area. Some great companies are based here like ‘Westcombe Dairy’ and ‘Wild Beer.’ In Frome there is an independent market and lots of small, interesting businesses. It really appealed to us from that point of view. Kate [Paul’s wife] has an interior and design store in London called Nook. She could see the potential for setting something up around here as well.

What have you been up to since you moved here?
Two weeks after moving our son Billy was born, so Kate focused on him. The house we moved into needed a lot of work, and we’ve been spending a lot of time doing that. Then we got married, and I launched the new company, Black Bee Honey, in September.

The whole year has been about change – the baby, the move, marriage and the business. But we don’t regret the move in the slightest. I think it’s one of the best decisions we’ve made.

My new base is a co-working space in Frome with lots of other small businesses. In the future I’d like Black Bee Honey to be based either in Frome or Bristol. They are both really interesting places for food.

How did you get into beekeeping?
Me and a friend went on a beekeeping course in London. We really loved it and went on a few more courses together. Chris ended up traveling to New Zealand and worked on a bee farm where they were doing hive rental. When he came back he said we should do the same thing in London and it started from there. It was quite daunting at first, but we learned quickly. By the second year I was doing independent inspections on hives.

I’d been in design for about 15 years and I never really got much satisfaction out of it. Me and my mates would always be planning hikes in the Himalayas and walks in the Lake District, spending as much time in nature as possible. Beekeeping kind of enabled that connection to nature in the city, but moving out here means I get to be even more connected.

What’s your vision for Black Bee Honey?
We are trying to change people’s perceptions of what honey is. We want to show the magical journey – from flower to hive to jar. We are working with British bee farmers, it’s a profession under threat. They are on the decline as much as the honeybee is. We want to support the farmers, and build an exciting brand.

There aren’t any honey brands that people relate to – they are all very generic. We want to offer people something different and show the variety of honeys and flavours from all over Britain.

Are you going to produce the honey for Black Bee Honey yourself?
We still have bees in London, and I will be installing a couple of hives here for the next season, but on a smaller scale. It keeps us involved and enables us to take people to hives and show them what an incredible product honey is.

Beekeeping is very time intensive and risky as a way of generating income. You’re so dependent on the weather and on how the bees perform in the face of diseases and pests.

We’re trying to build the brand, so we need the time to focus on that side of the business. We are working with a guy in Exmoor in west Somerset who produces a heather honey and a wild flower honey for us. He’s been bee farming for about 30 years, has up to 1,000 hives, and looks like a wizard [laughs]. We’ve got quite a bit of experience, but it’s nice to work with people who know the trade inside out. 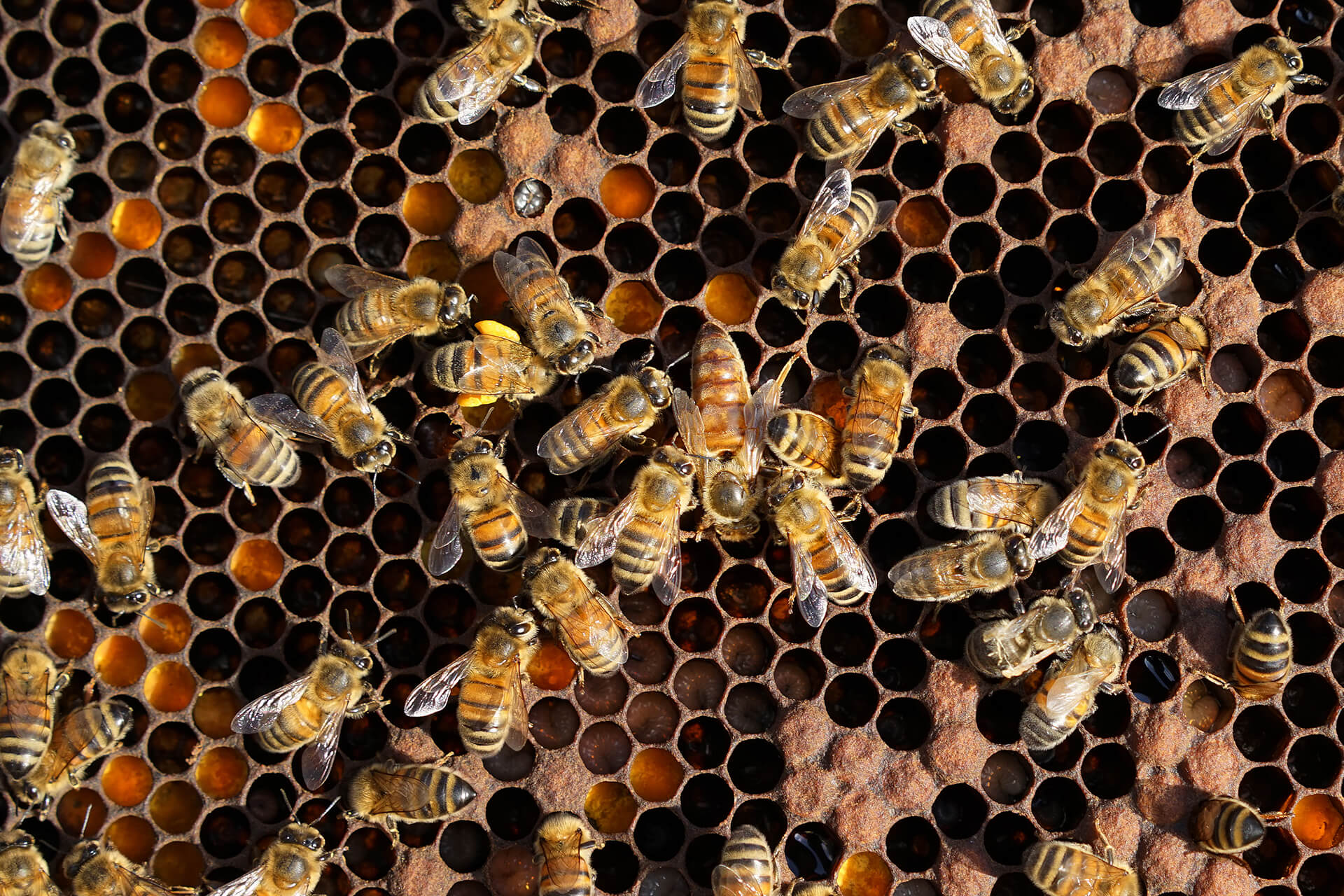 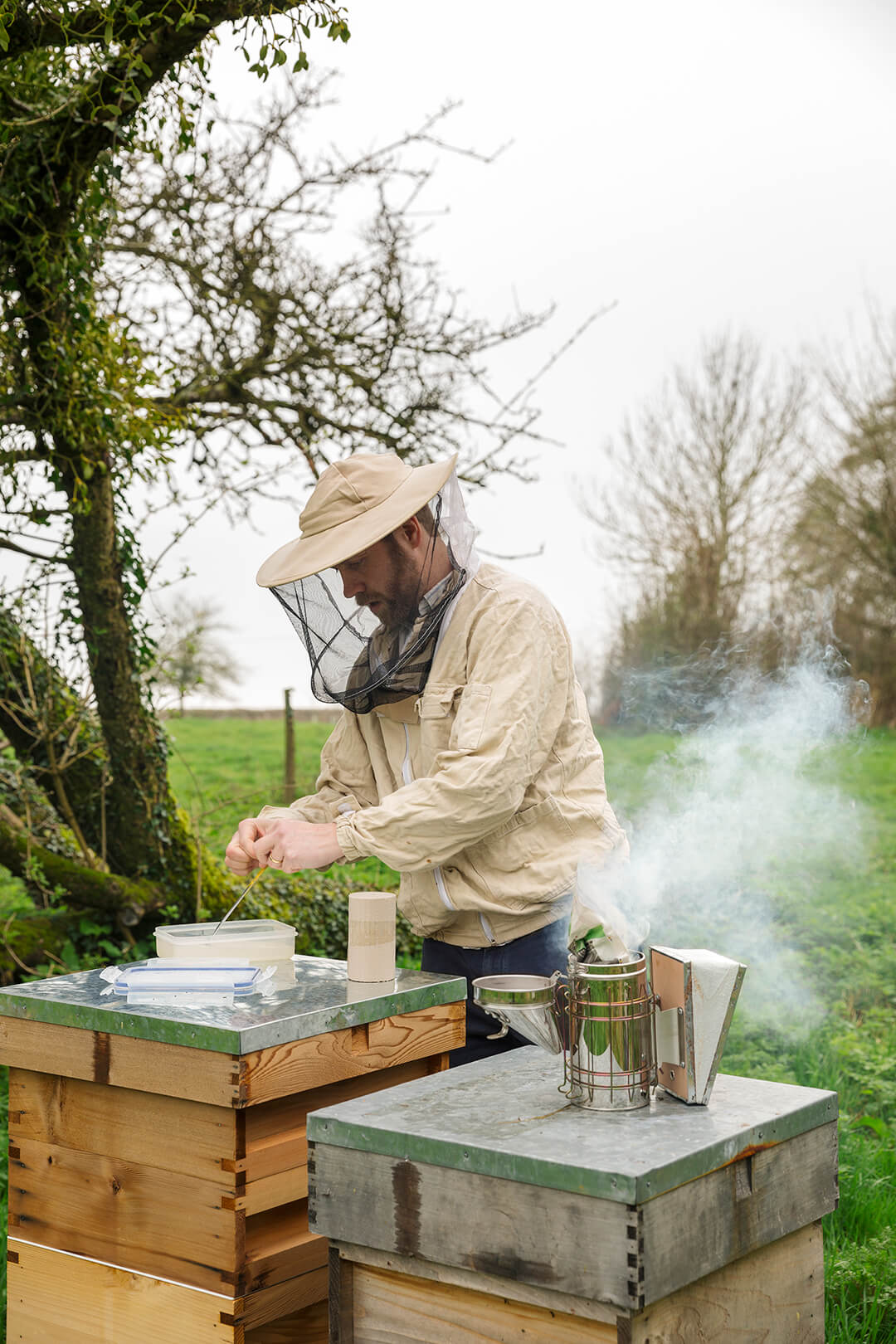 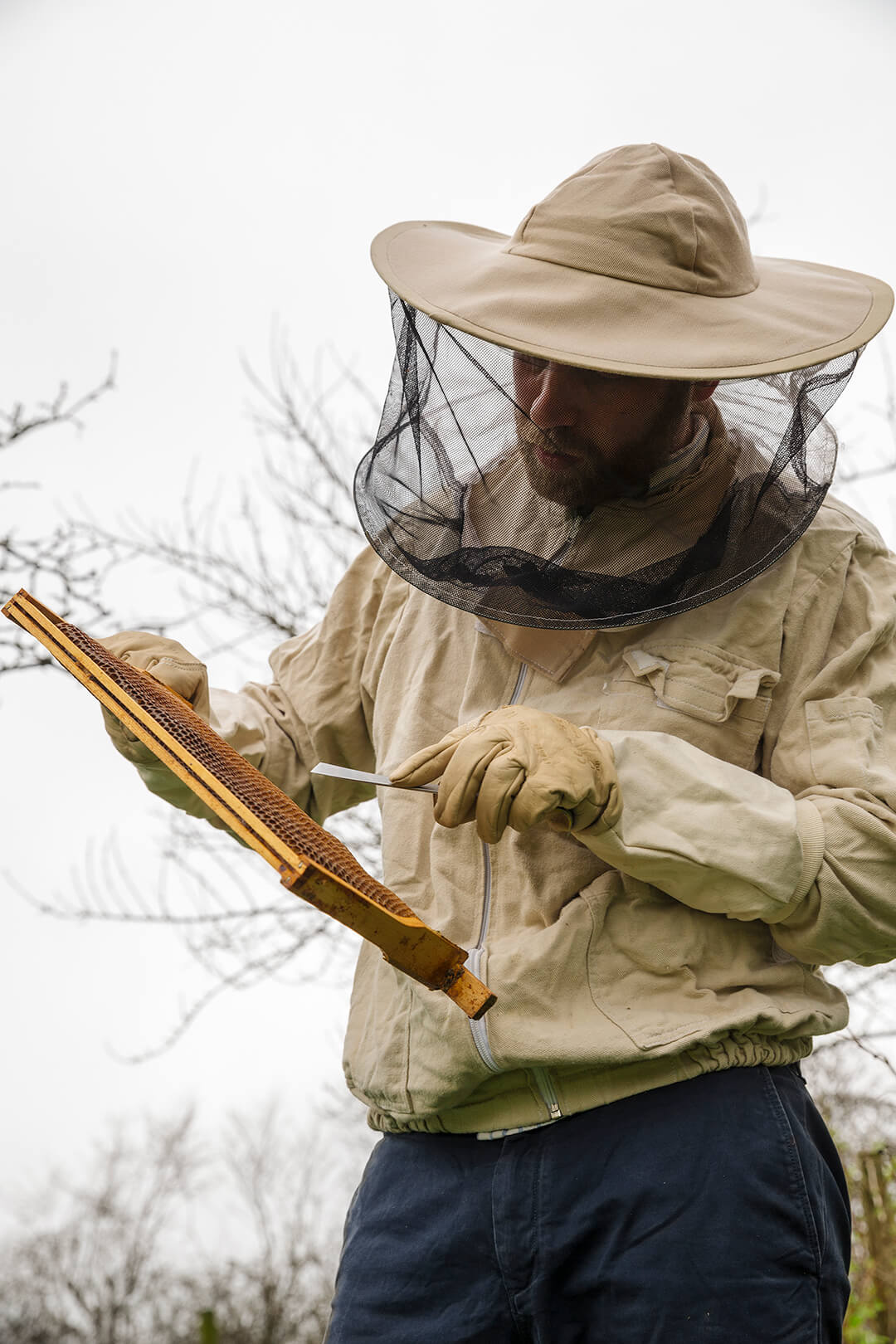 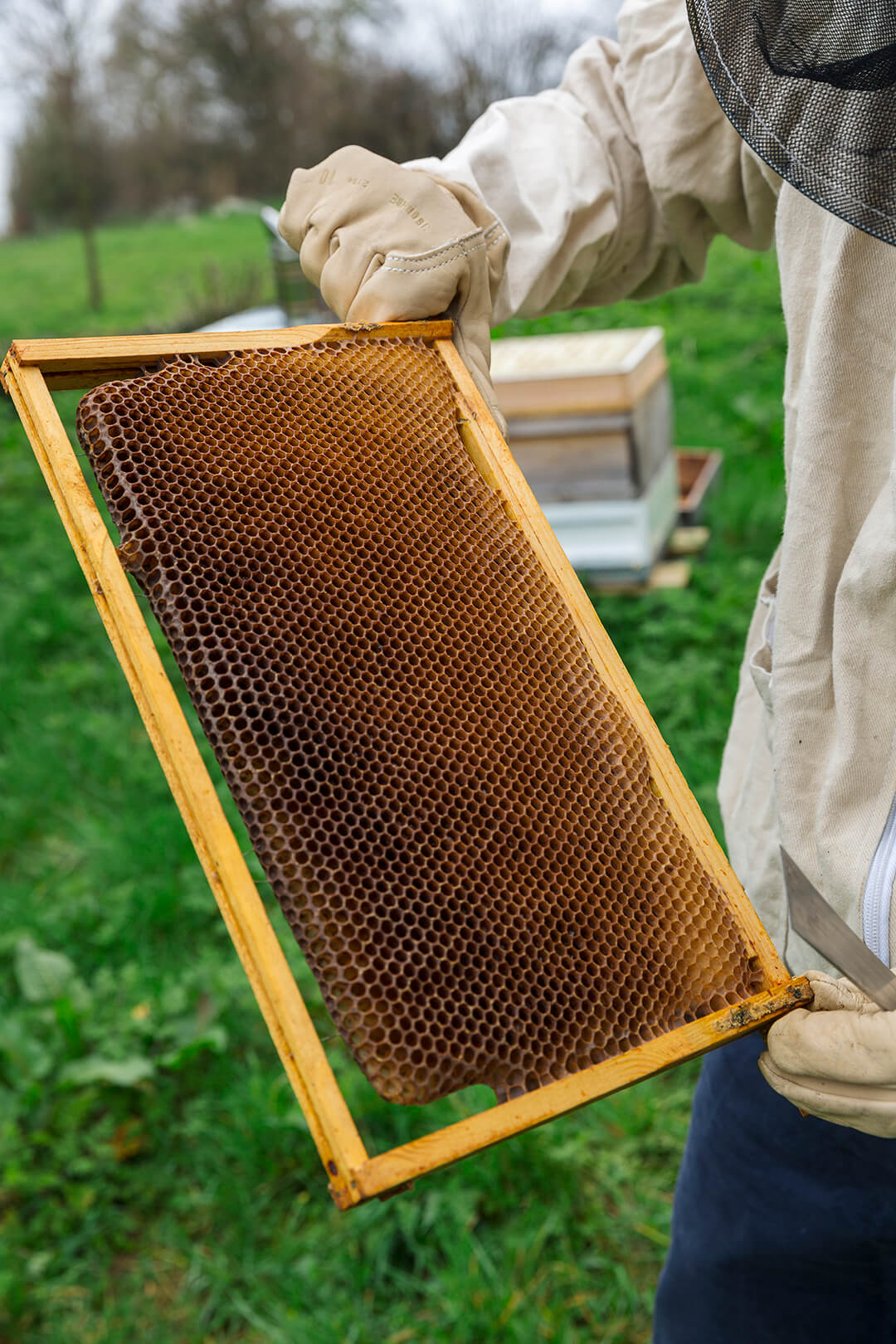 How have you settled into the local community?
People are very supportive of new stuff happening. They’re very hungry for it. It improves their quality of life by offering something new. In London people are very cynical about new companies. It feels like here there is a much more appreciative community for starting new things. For example, there’s a guy who runs a company called Artisan Food Club that works with small food producers.

He has just moved here from London and sits two desks away from me in Frome. We’re working with him to get our honey into Wholefoods. There’s a girl that lives in Frome who has got a background in branding and has worked in food for years. She’s been on maternity leave and has been working with us on the branding for Black Bee Honey. Then we work with various local advisors who are helping us with growing the business. They have a lot of expertise in the world of food businesses.

I made more connections here than I have since we started the honey company in London five years ago. It’s just the way that people are talking about new things. It’s something exciting and celebrated rather than berated and criticised.

The area has been undergoing quite a change, with lots of people moving here from London. Did you feel welcomed by the locals?
This village was almost completely derelict in the 1960s. I think people who have grown up in Frome and Bruton are actually really positive about other people coming in and bringing creativity, energy and new ideas. Frome was also really run down ten years ago. There wasn't much opportunity or employment and now there’s a real energy about the place. People who have lived through hard times can see the benefits of people moving into the area.

Obviously if a place starts to thrive and gets more popular, it gets more expensive. There are positives and negatives to that kind of development. But the local community is very friendly. We took part in the local river clearance recently with the other residents of Pitcombe. It was a lovely event to get to know people better.

How have you adjusted in terms of your personal life?
Kate is collecting friends at the moment. She is hanging out with a new friend every day. I’m quite jealous; I’m lagging behind on the new friend tally [laughs]. People are a lot more open to hang out with people that they have just met compared to London. We made a lot more friends here over the last six months then we had done in London for years. That’s partly down to me being a bit blinkered and just hanging out in my set group of friends that I have established over the years – when we moved here we were forced to make a bit more of an effort. It’s really good to meet people with different perspectives. Having a baby also opens you up to a lot of people. I’ve never had so much attention since I had a baby [laughs].

Do you think the rural context has influenced your creativity?
When I was growing up in rural Essex I was craving the city. The graphic design work I did back then was a way to create what I was missing, a way of creating an aesthetic that I didn’t have in my life. And I guess here it’s the same. We’re surrounded by trees, cows, tractors and old buildings. And yeah, that’s lovely, but in a way you want something that is a contrast to that experience. From a creative point of view it’s quite satisfying to do things that are in contrast to the very traditional environment. If you make a statement it really stands out, whereas in London you’re just adding to the noise.

It’s nice to go back to London. Being based outside of it makes me more receptive and appreciative of those elements of the city

Do you think having lived in a city gives you an advantage?
In London I lived in Peckham and Stoke Newington. There you are exposed to so many different cultures – Afro-Caribbean, Pakistani, Turkish, Jewish. Out here there is nothing like that. It’s quite scarily white and traditional, which isn’t necessarily a negative thing. But having a broader understanding through my experience in London is definitely beneficial.

It’s nice to go back to London. Being based outside of it makes me more receptive and appreciative of those elements of the city.

What have you found most challenging about living in a rural environment?
I think being out here affects you psychologically. I found the quietness quite challenging at first. It makes you reflect more and makes you more aware of your feelings. It’s not always easy, but it’s a healthy thing to be doing. It affects your outlook and the way you’re interacting with other people. You’ve got a broader mindset when you're in this environment.

You also need a different sort of skill set. Like stopping logs from getting wet and mouldy, or how to maintain a fence and stop cows coming in and trampling all over your fire pit, which happened recently [laughs]. Country skills. I really enjoy it, but you do feel like an idiot sometimes.

Do you make much use of the countryside that you are surrounded by?
We try to go out for early morning walks. We get really nice misty mornings with amazing light. I’m getting more involved with nature again, understanding it more. I remember growing up very immersed in the local fields, nature and wildlife. I am rediscovering that again. And being able to give Billy the experience of growing up here is really nice.

And we’ve gone mental for foraging. Whenever we’re out walking we’re constantly scanning the floor for mushrooms or anything that we can potentially eat. It is an amazing area for that. A lot of the guys I know around here have been out looking for magic mushrooms because it’s that time of the year. Some people seem to be constantly high on magic mushrooms [laughs].

What are your plans for the future?
My plan for the future is to become more embedded in the rural landscape through work and how we live as a whole. We've only been here a year, so it still feels like a transition from one life to another. I've already seen the positive effect being here has had on all of us, but you still have to make a conscious effort to make a meaningful connection with the world around you.

This piece was originally featured in City Quitters. You can purchase a copy here.