In the latest issue of Frame, titled Spaces that Heal, we report that the increasing concern for the environment and growing awareness of the role of nature in wellbeing is resulting in a range of new bathroom designs that embody biophilia – the love of the natural.

The positive effects of plants on our emotional and physical wellbeing is such a homily that in simulation video games such as Theme Hospital, plants can be placed in rooms and corridors to improve the health of the player’s patients. In fact, studies by NASA found that indoor plants are necessary to remove toxins from the air in sealed environments such as space stations. Now, designers are going beyond placing a potted fern next to the WC in embracing the role of nature and the outdoors in spaces for hygiene and wellbeing. Here are four designs that give new meaning to answering the call of nature.

The most literal interpretation of the theme, Nendo’s Minimlet is a portable toilet designed for emergency situations. Easy to store, transport and assemble, the kit consists of six items that can be integrated with everyday items such as water bottles and umbrellas to represent a truly portable toilet. 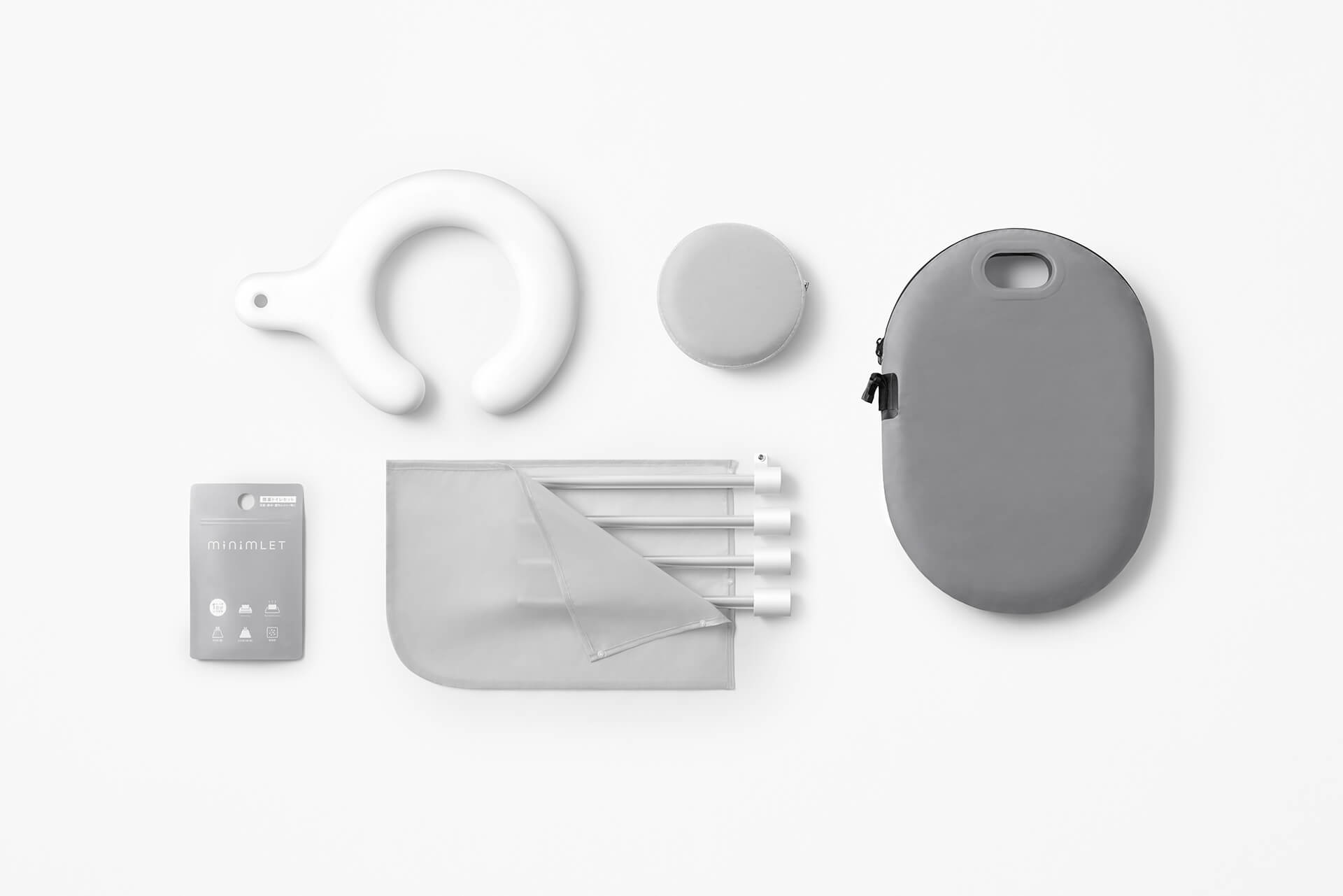 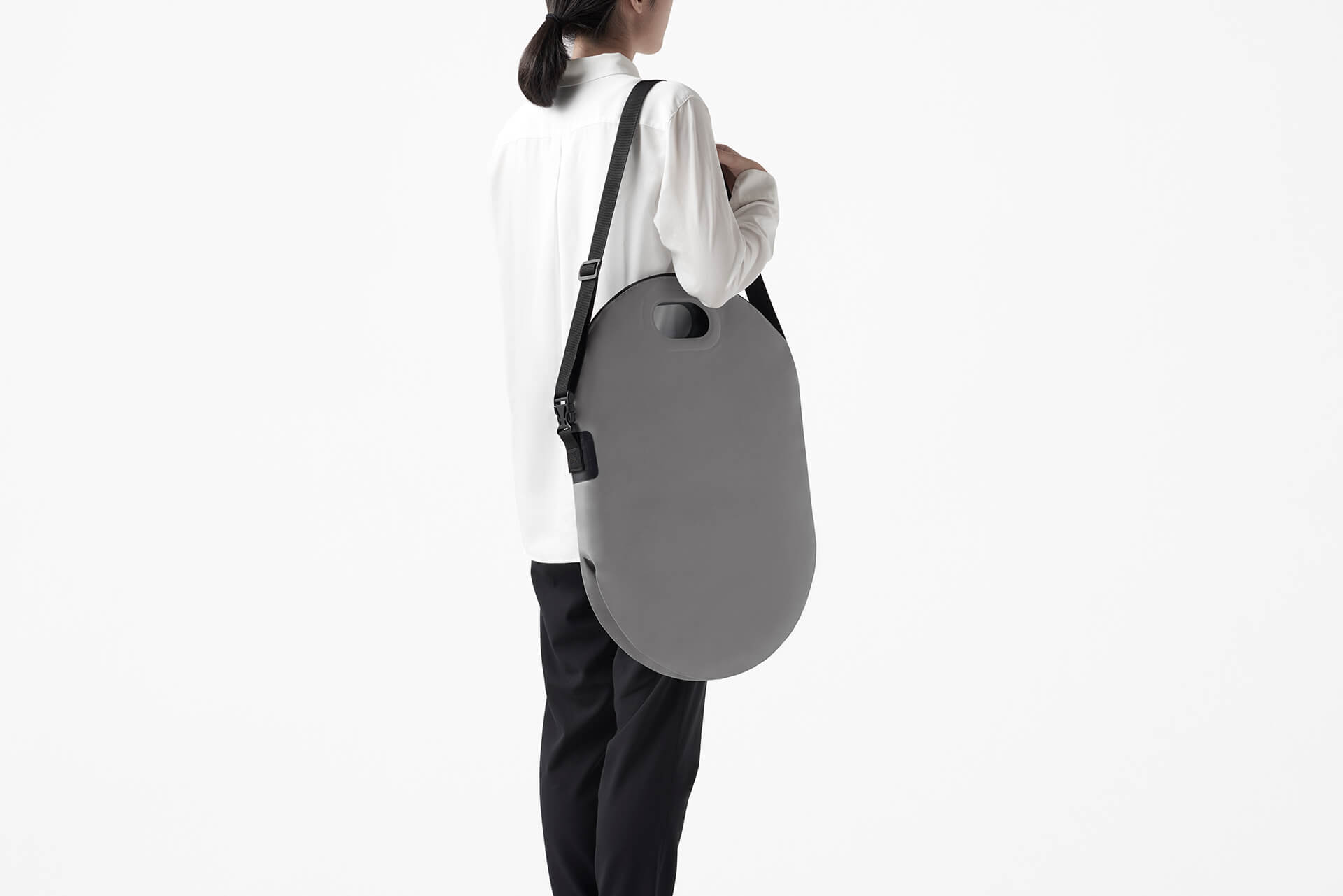 Developed in response to large-scale disasters such as the Great East Japan Earthquake in 2011 and the more recent earthquakes in Kumamoto in 2016, Minimlet is the renowned studio’s contribution to national disaster relief equipment. The incorporation of household objects such as steel cans and water bottles in the design showcases particular resourcefulness and inventiveness, as Nendo was able to take manufacturing processes – which standardizes cap sizes and screw shapes – into account. 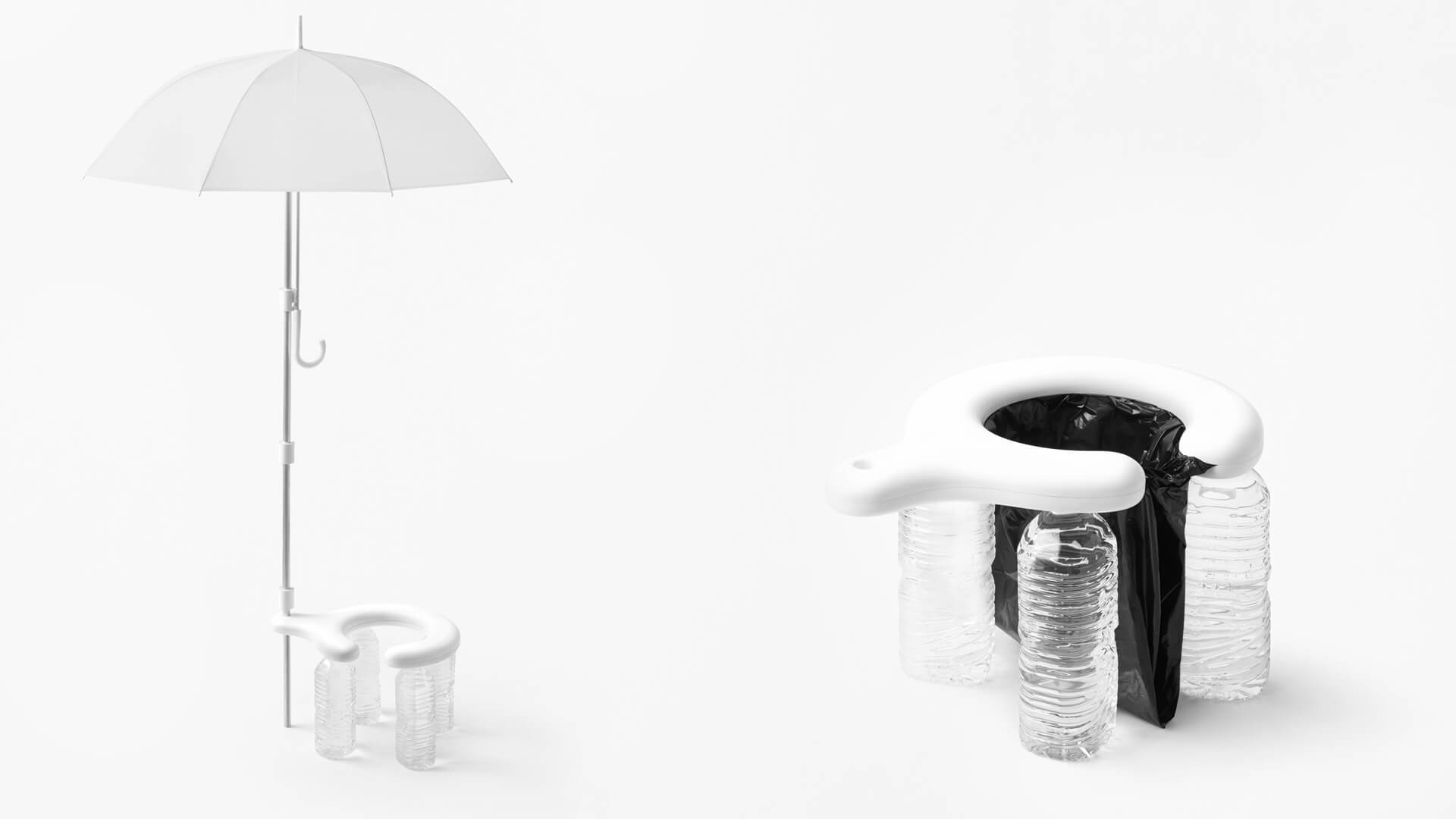 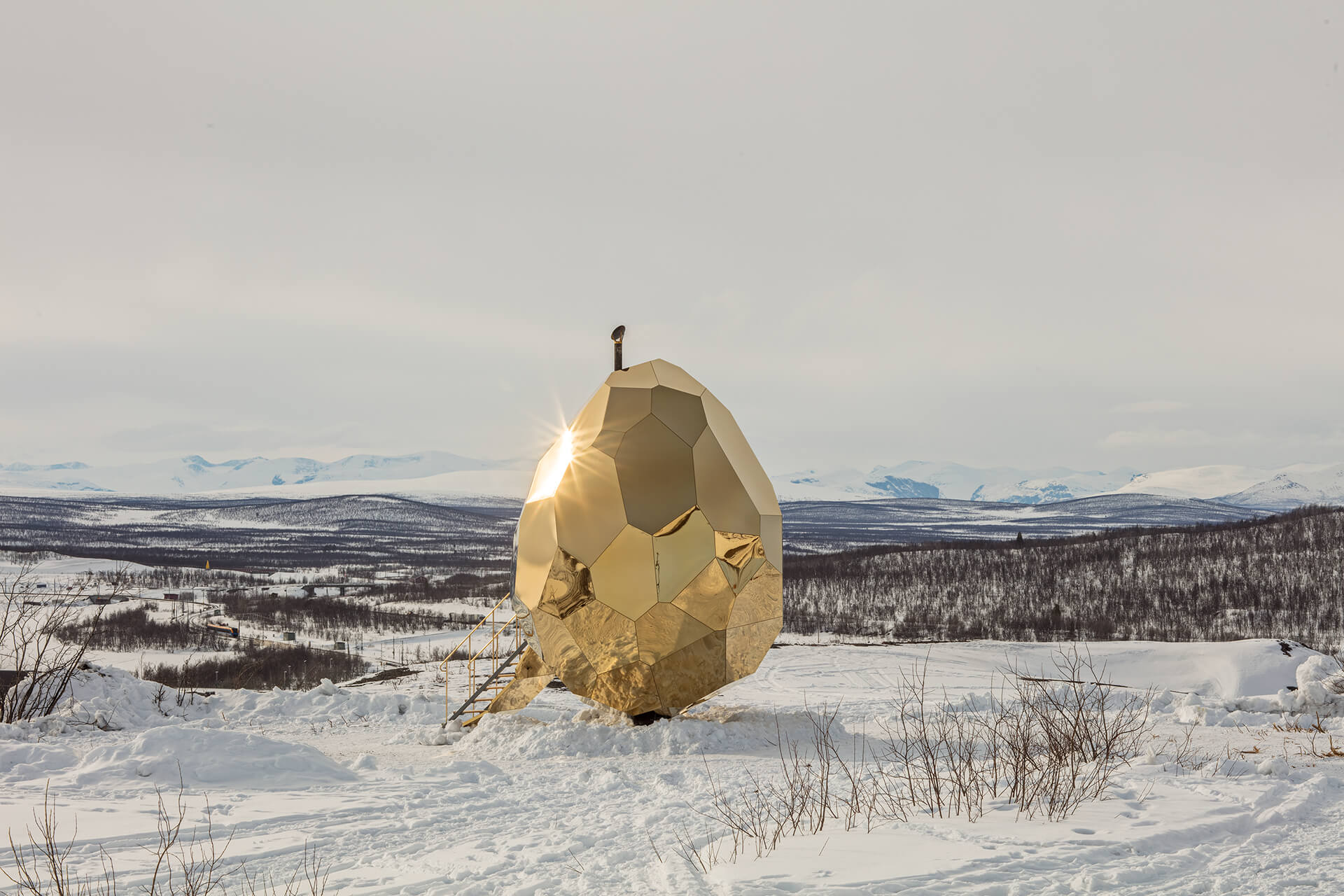 Design duo Mats Bigert and Lars Bergström created the visually arresting Solar Egg sauna to stand overlooking the town of Kiruna on the Swedish mountainside. Comprised of 69 separate pieces of gold-plated stainless steel, the glittering ‘egg’ symbolizes the role of the sauna as an incubator of ideas, providing a sheltered space for conversation. Bigert & Bergström designed Solar Egg to be transportable – the ‘shell’ can be dissembled for relocation to new landscapes. 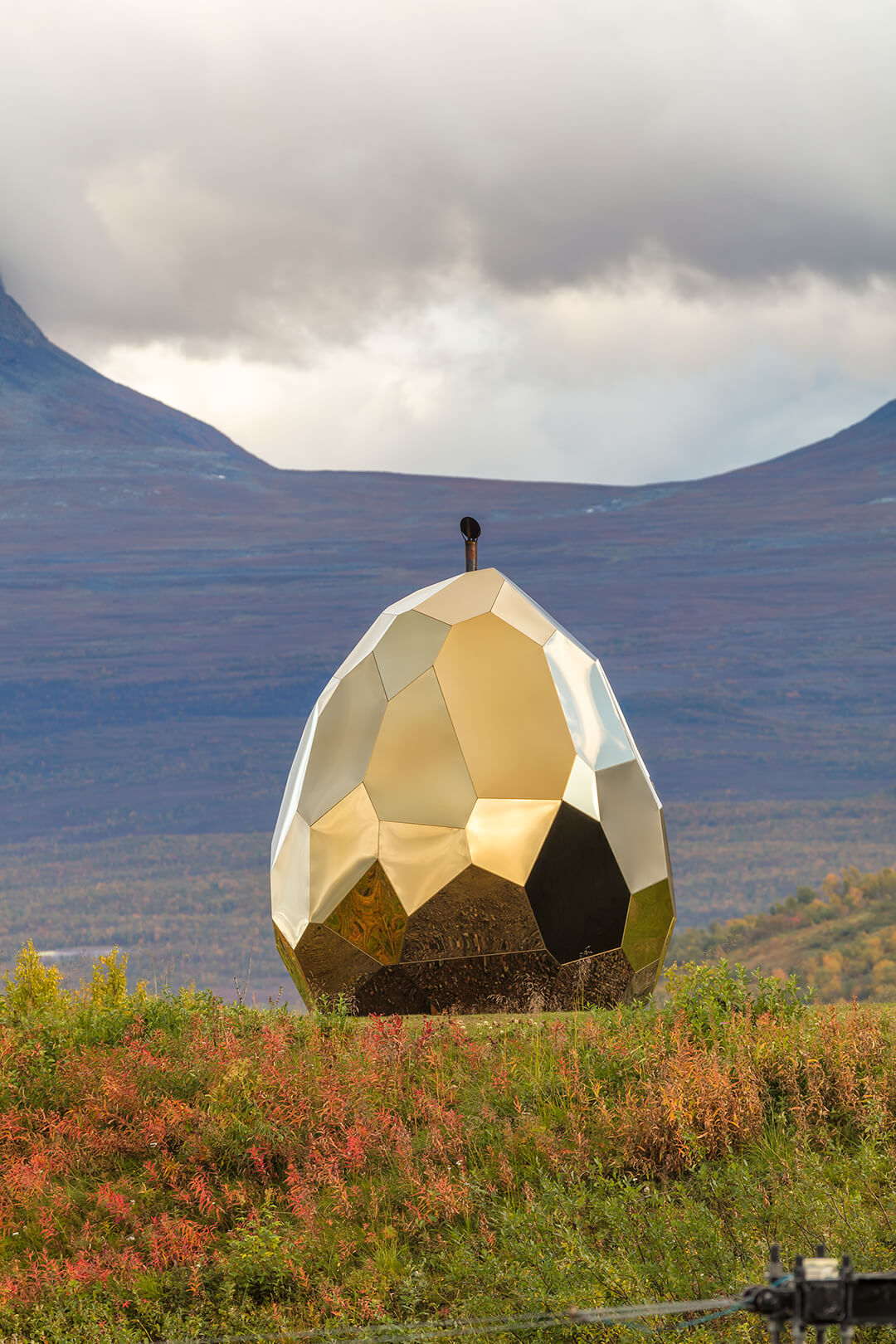 Outdoor saunas, which play an important role in Swedish cultural tradition, do often embrace their natural surroundings but rarely do they contribute to them quite as stunningly as does the five-metre-high golden Solar Egg.

James Shaw uses the minerals and nutrients secreted by the human body to support a culture of edible plants and animals in the Symbiotic Hot Tub, which in turn clean the water for a warm relaxing bath in the woods. Made from expanded clay blocks and locally sourced limestone, the structure invokes imagery of the primordial soup, as it literally immerses the bather in life and takes bits of the bather to feed other life. 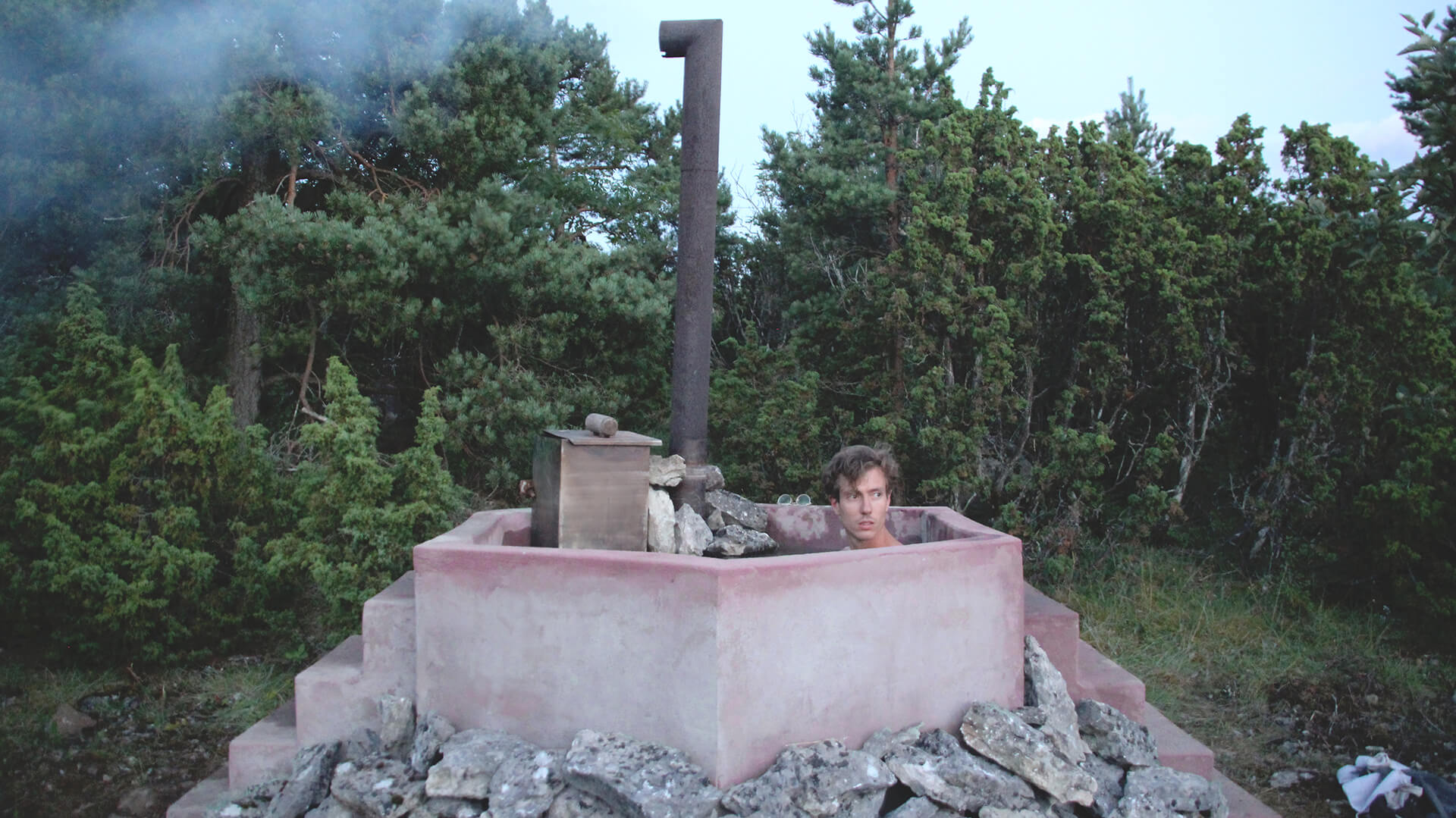 But why not? Humans like to think of themselves as removed from the food chain, above it even, and Designers on Holiday places us once again squarely in the middle of it all. 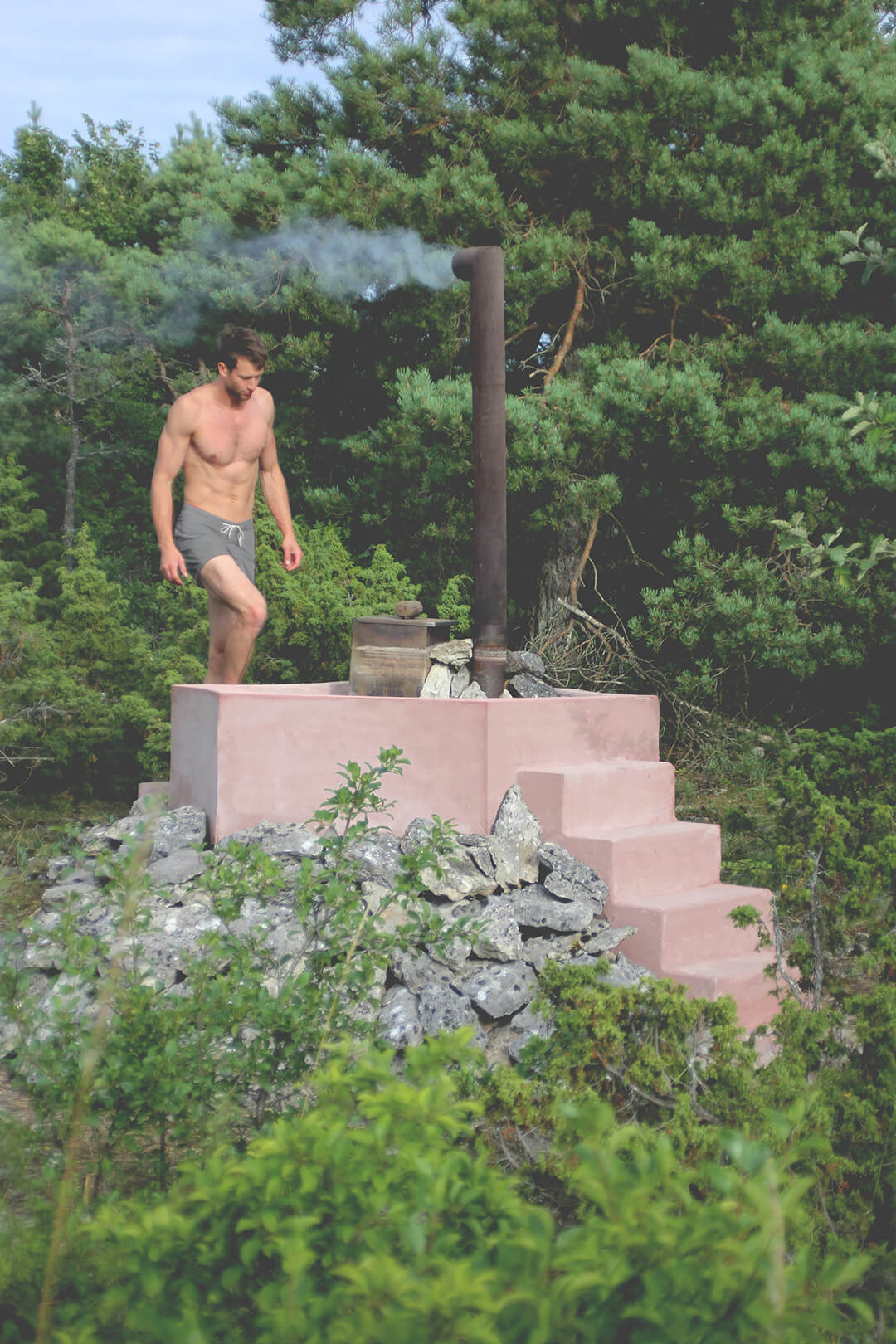 While there has long been widespread concern over the proliferation of chemical ingredients such as parabens, sodium laureth sulfates, and synthetic colours and fragrances used in commercial soaps, shampoos, lotions, creams and cosmetics, there is also a growing movement disputing the effectiveness and benefits of antibacterial soap. With the U.S. FDA stating that there is no data demonstrating that soaps that claim to inhibit the growth of various bacteria are more effective at preventing illness than ordinary soap and water, we may be needlessly killing off the beneficial microorganisms or harmless bacteria that can strengthen our immune systems. Kolmann’s set of Body Culture tools represent architectural objects that invite bacteria into coexistence with humans – ironically, in the space usually dedicated to their eradication. ‘I wanted to give the symbionts we coexist with a literal space in our environment,’ says Kolmann. ‘By designing a space – scaled up to a size that is within human perception – for them to thrive, I want to provoke a conscious relationship that allows bacteria to maintain their communities.’ 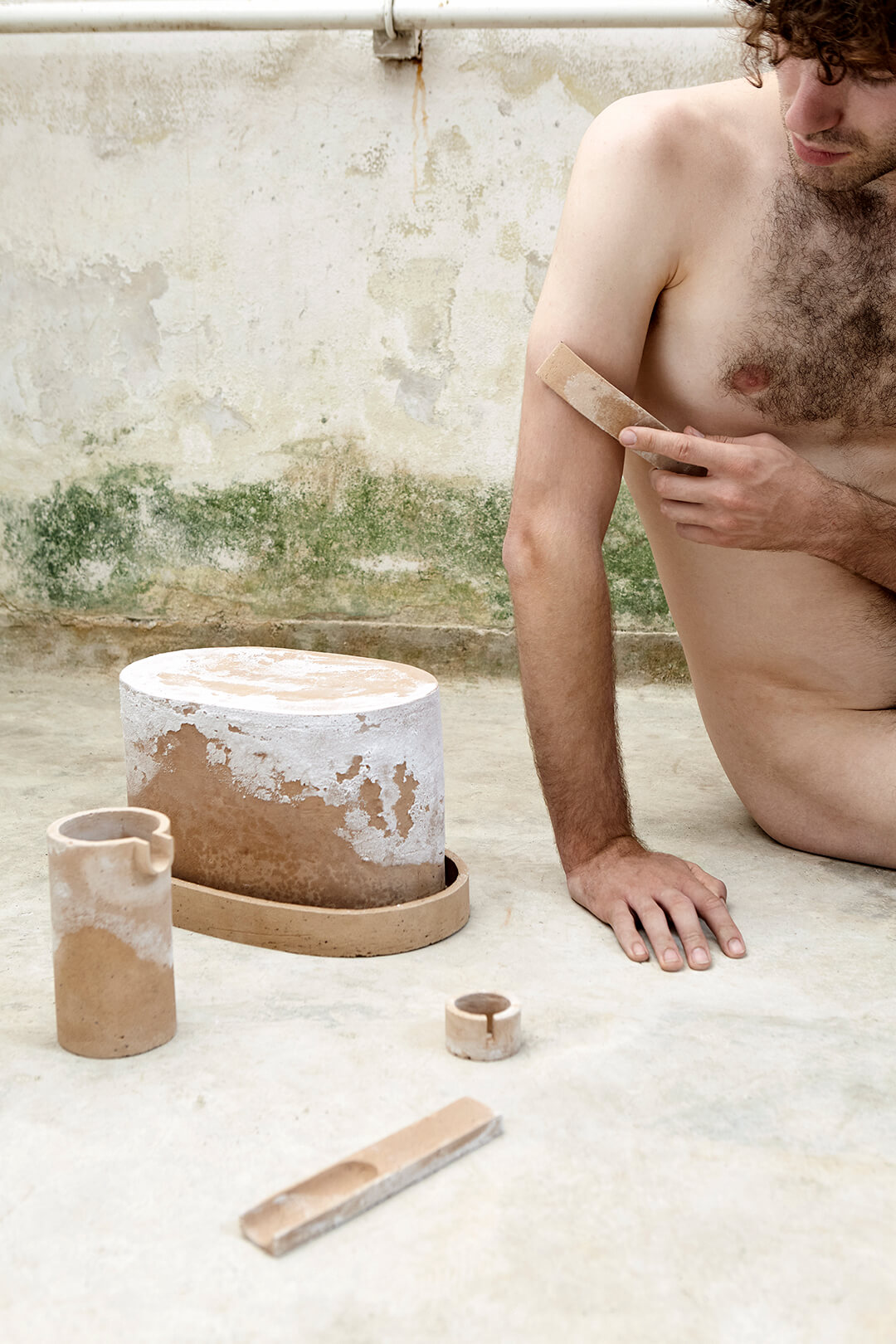 The natural clay tools encourage the growth of bacteria, as the porous surface absorbs water and maintains a stable temperature. Body Culture also includes textile bags filled with ‘microbial communities’ and fermentation containers of water enriched with minerals and salt, which can restore bacteria to the handles and scrapers that are transferred to human skin. At the same time, bacteria from the human skin can be returned to the containers, cultivating the colony in a circular and symbiotic relationship.

If you’d like to find out more about other remarkable sanitary designs and industry trends, pick up a copy of Frame 121 today.