Why the future of co-working is suburban

As the world grapples with the impact of the COVID-19 crisis, we aim to take a critical look at how the pandemic will affect the design industry across sectors. In a recently published series we explored the future of workplace design in a post-COVID world. To build on that insight, here is a piece from our current issue Frame 134 [find out how to get a free copy here], which looks at co-working's turn to suburbia.

Thus far the co-working industry has largely been focused on large-format office developments in major cities. London and New York alone account for 22 per cent of the global co-working stock by square footage according to research by Cushman & Wakefield. But, as the company also points out, despite the attention it receives, this kind of flexible workspace still currently makes up only one per cent of global office stock. How and where it will grow (and all indicators are that it will) is the next question.

A new report by Regus argues that the answer should be suburbia. With major employers – those most likely to have HQs based in tier-one cities – increasingly adopting flexible working practices, the creation of satellite co-working spaces to serve this new OOO workforce could have a transformative effect not only on employee wellbeing, but also on the environment. 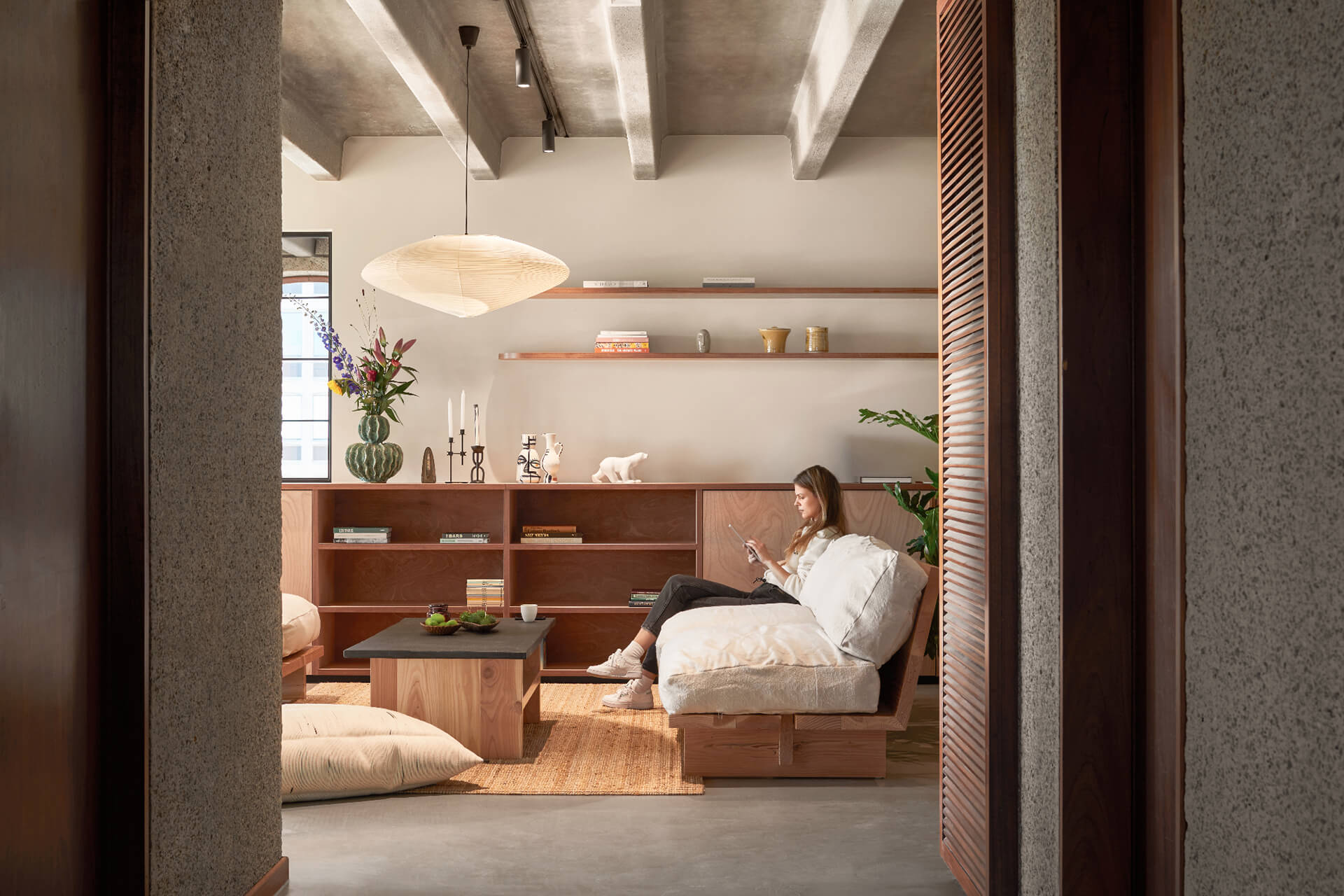 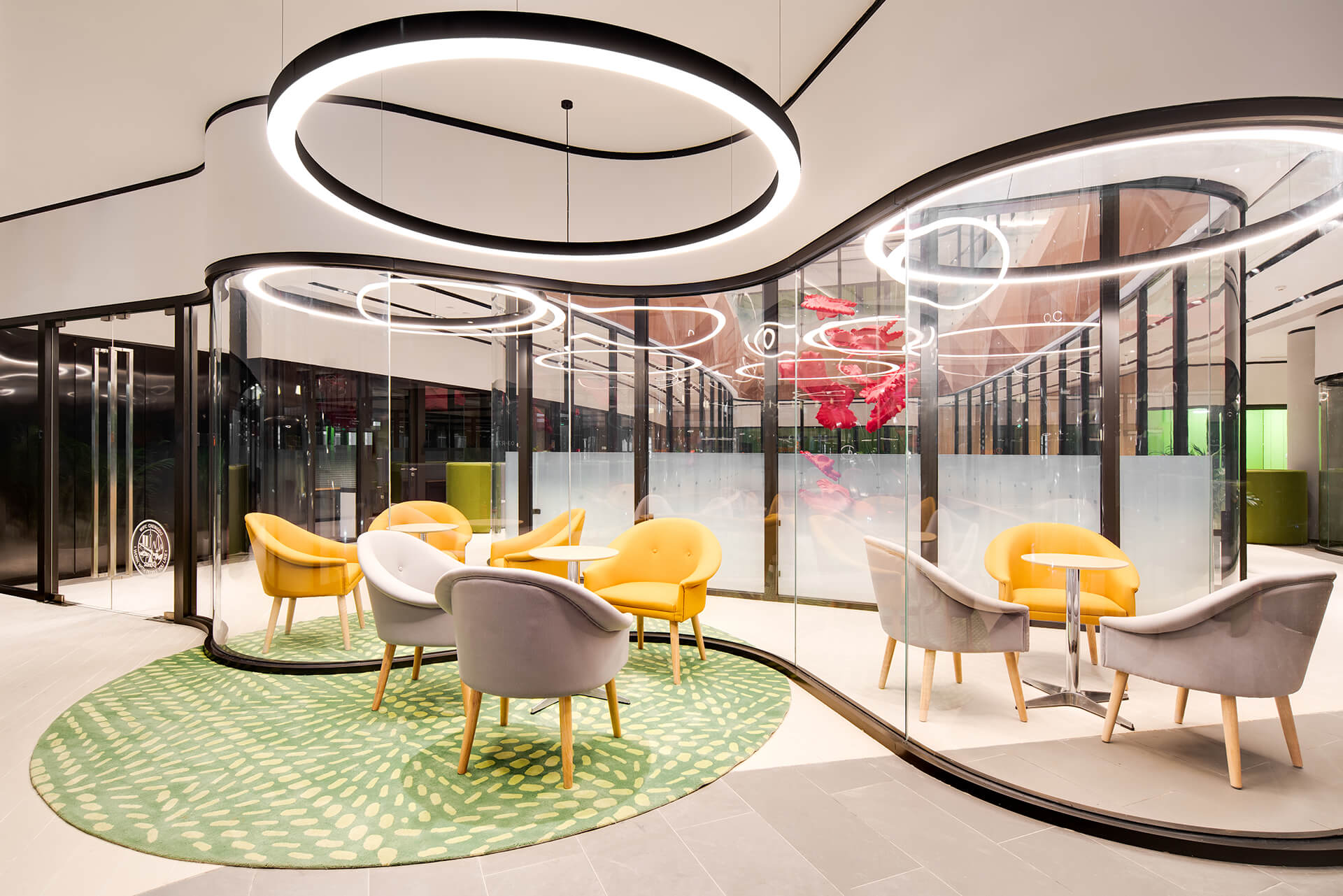 These benefits are directly linked to removing the need to commute long distances. Regus calculates that a local flexible workplace could, on average, save employees based there a collective 7,416 hours each year by reducing travel times. This equates to more time to sleep, or see their children. The knock on reduction in carbon emissions is equally significant, eliminating 118 metric tonnes of CO2 every year. In aggregate, the rise of suburban co-working spaces could mean 2,560,000 metric tonnes of CO2 of will be saved globally – equivalent to the emissions of 1,280 flights between London and New York.

This make a lot sense for brands operating in today’s ‘purpose’ economy, where being seen to make the health of both your staff and the planet a central concern is a major differentiating factor for consumers. With the rise of activist shareholders and ethical investing, it also impacts governance and access to capital.

Where these facilities will be located and who will operate them is unclear, but it’s safe to bet that a high proportion will sit in ex-retail contexts. US co-working operator Industrious has been expanding in locations such as the Short Hill mall in New Jersey, Broadway Plaza in Walnut Creek, California, and the site of a former Barney’s inside the Scottsdale Fashion Square mall in Arizona over the last couple of years. In some cases retailers themselves may turn provider. Office supplies company Staples has hosted third-party co-working brands at some of its stores since 2016, and will be launching an in-house brand called Staples Connect at six stores across Massachusetts this spring. 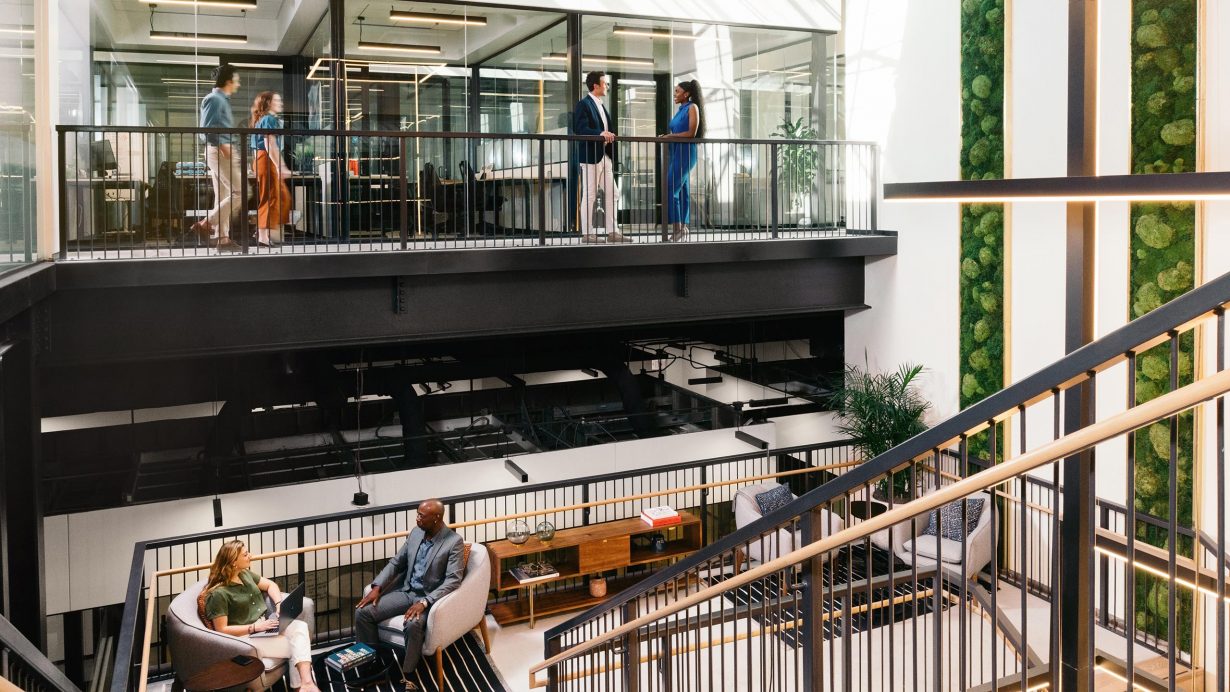 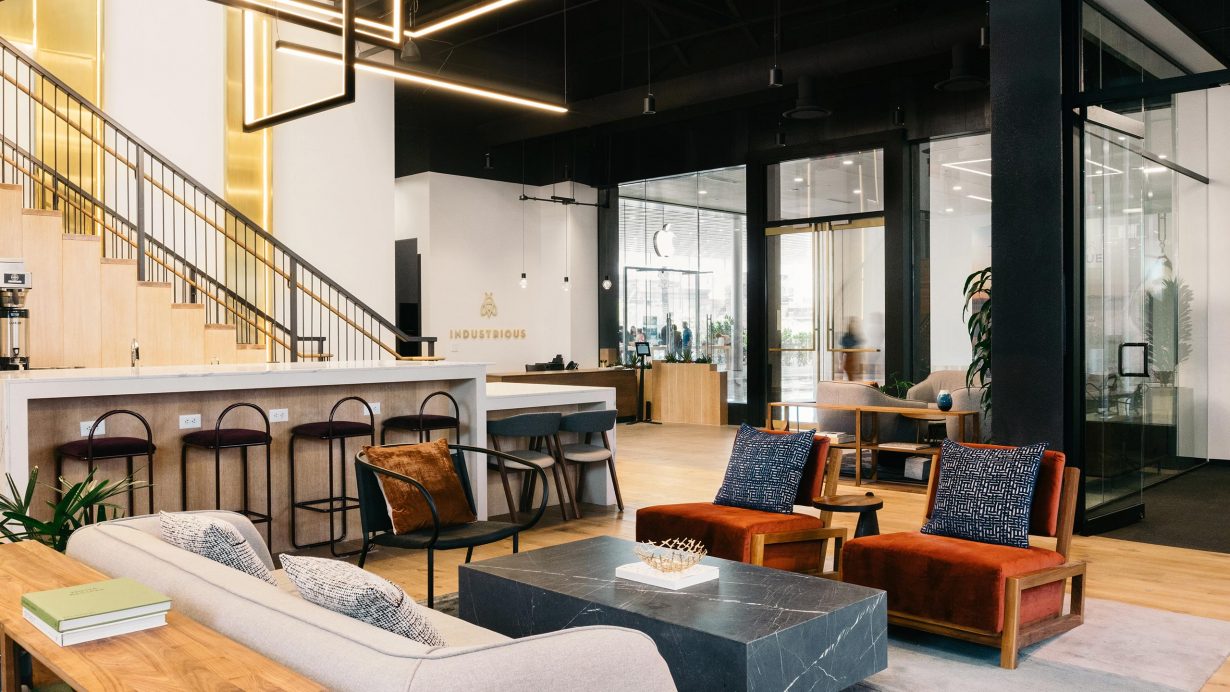 Co-working venues have a potential to sit in closed retail locations – US operator Industrious, for example, has taken up space at the site of a former Barney’s inside Arizona’s Scottsdale Fashion Square Mall. Photos: Courtesy of Industrious

The suburbanization of co-working spaces was something that was also touched upon at Frame Awards 2020, where a workshop dedicated to the future of the flexible workplace raised questions about whether employers should continue to operate centralized offices. Participants suggested that a better alternative would be to repurpose existing spaces closer to where staff already live.

One certainty is that this shift will redraw how we think about the look, feel and programme of co-working developments. Design-led, high-amenity locations that cover a large single-use footprint, as championed by the likes of WeWork and Spaces, will likely not survive outside of urban cores. Mixed-use, smaller-scale units in repurposed retail outlets will have less sheen, but may ultimately offer users more attractive benefits.