In theory, the idea was to promote the fact that Sonos users now have the option to activate the Google Assistant. But in practice, as usually happens with the audio brand’s immersive installations, the London pop-up revealed something intriguing about the way our primal needs overlap with our first-world problems. In this case, it was both an eye-opening and ear-opening statement: with the now-commonplace infinite flow of new music running through our devices, and the speed with which we consume new favourites, we’ve taken for granted how complex it is to actually put a song together.

That’s why The Brilliant Sound Experience, which took place this past weekend in Soho, had one room devoted entirely to the separate layers that make up some of The National’s notoriously stuccoed walls of sound. The other room held a set of brainwave-reading EEG headbands, which measured differing reactions to a selection of songs.

Judging by the high environmental impact of our music-streaming habits, we owe it to ourselves to find the slow-food equivalent to our fast-song consumption

‘It was clever,’ explained Baruch Pichowski, part of our London-based Frame team. He is also most certainly the Experience’s target audience, as the host of the new-music-release podcast called The Curationist, which places him in the odd position of being both part of the problem and the solution to our collective overfamiliarity.

That first environment, called Structure of a Song, used diamond-like structures to aurally separate the instruments that make up The National’s upbeat Rylan. ‘Fun fact: some of the strings you’re hearing here were recorded by Padma back in 2009,’ offered YouTube commenter Didgeridoomen under the song’s official upload. ‘Shows how long they’ve been developing this.’ But in our current musical climate, it’s easy to consume its 3:41 in a heartbeat and easily forget about its production value once the next song kicks in on the playlist. Ironically, judging by the high environmental impact of our music-streaming habits, we owe it to ourselves to find the slow-food equivalent to our fast-song consumption. 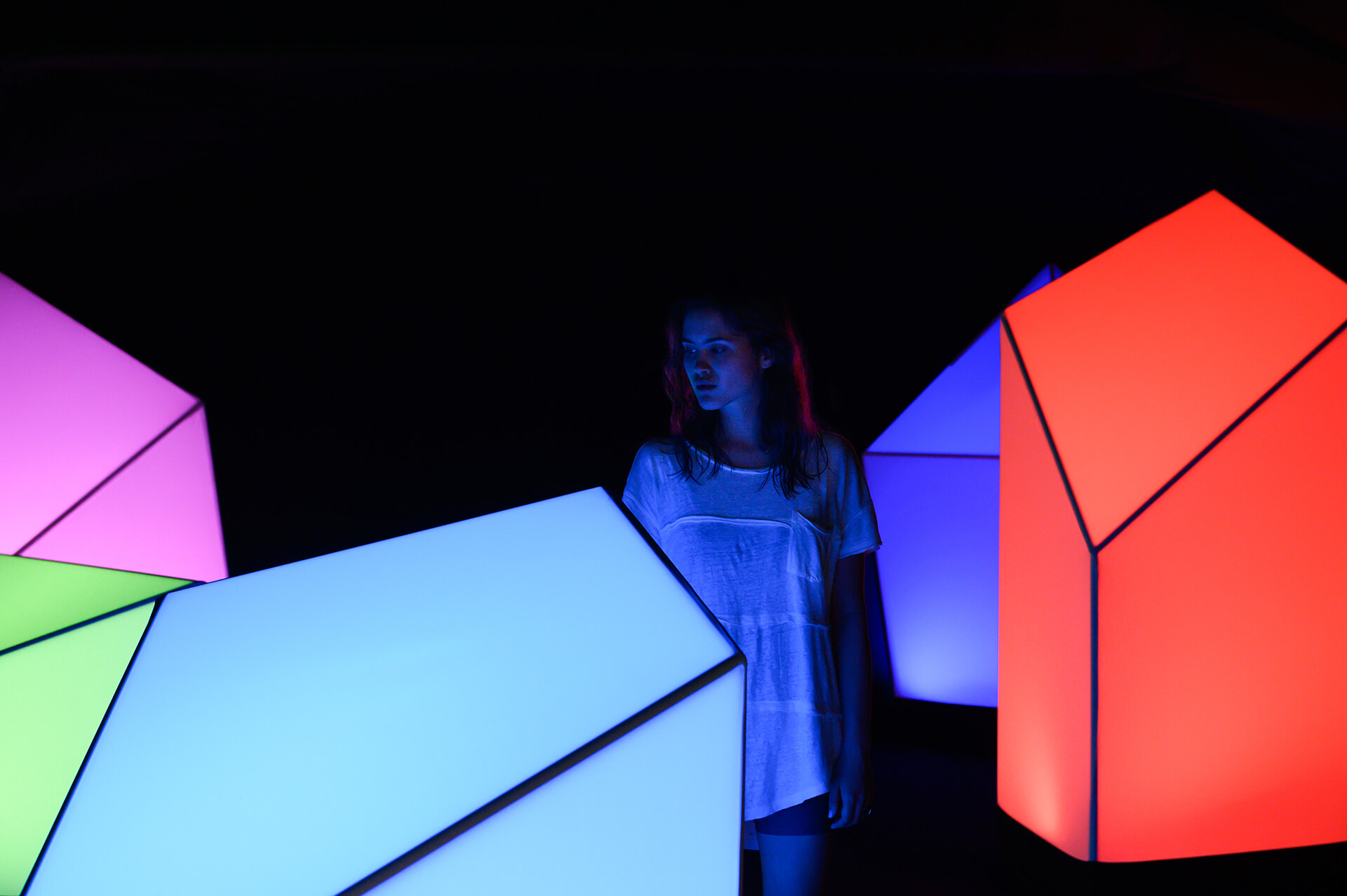 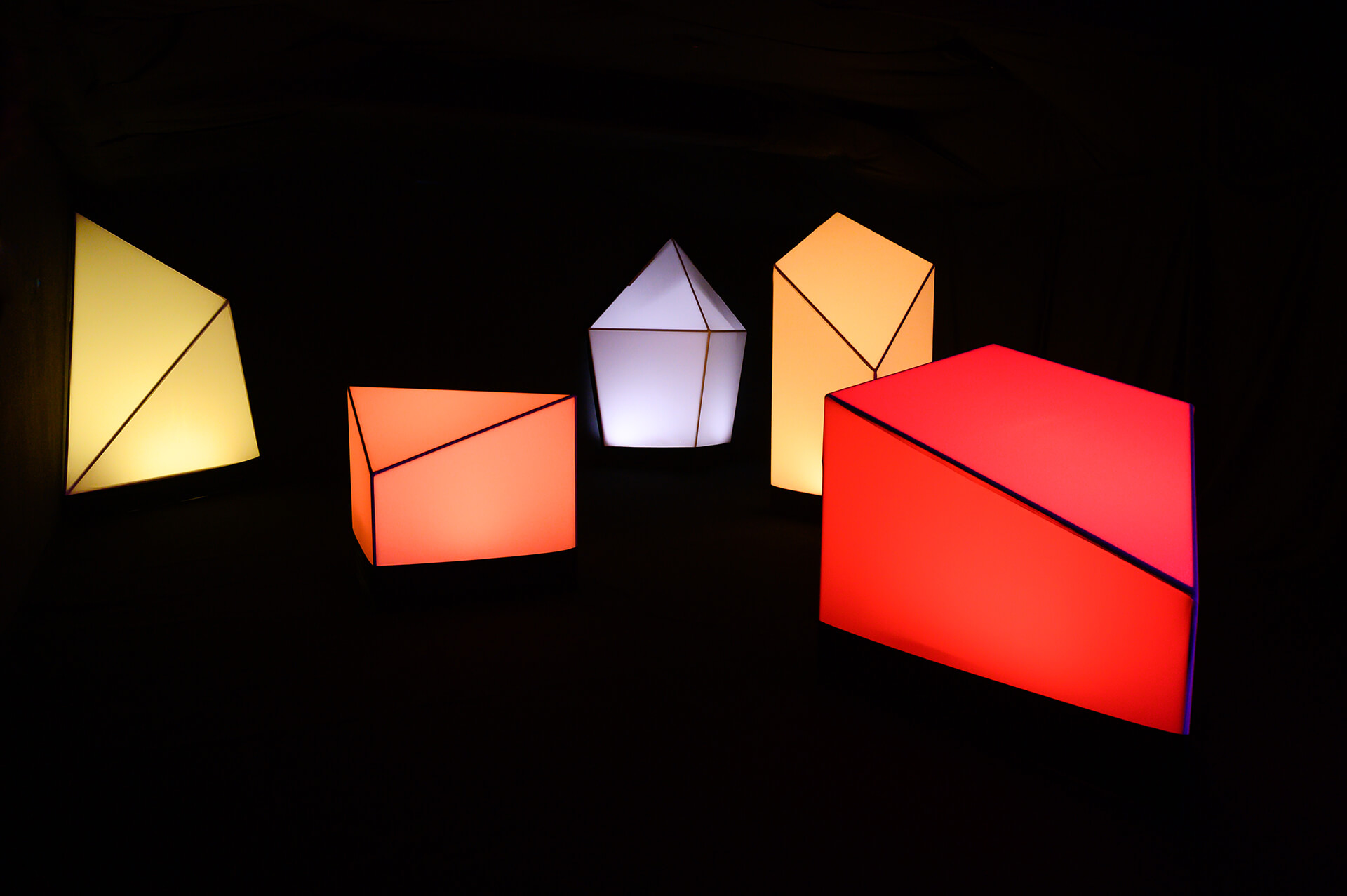 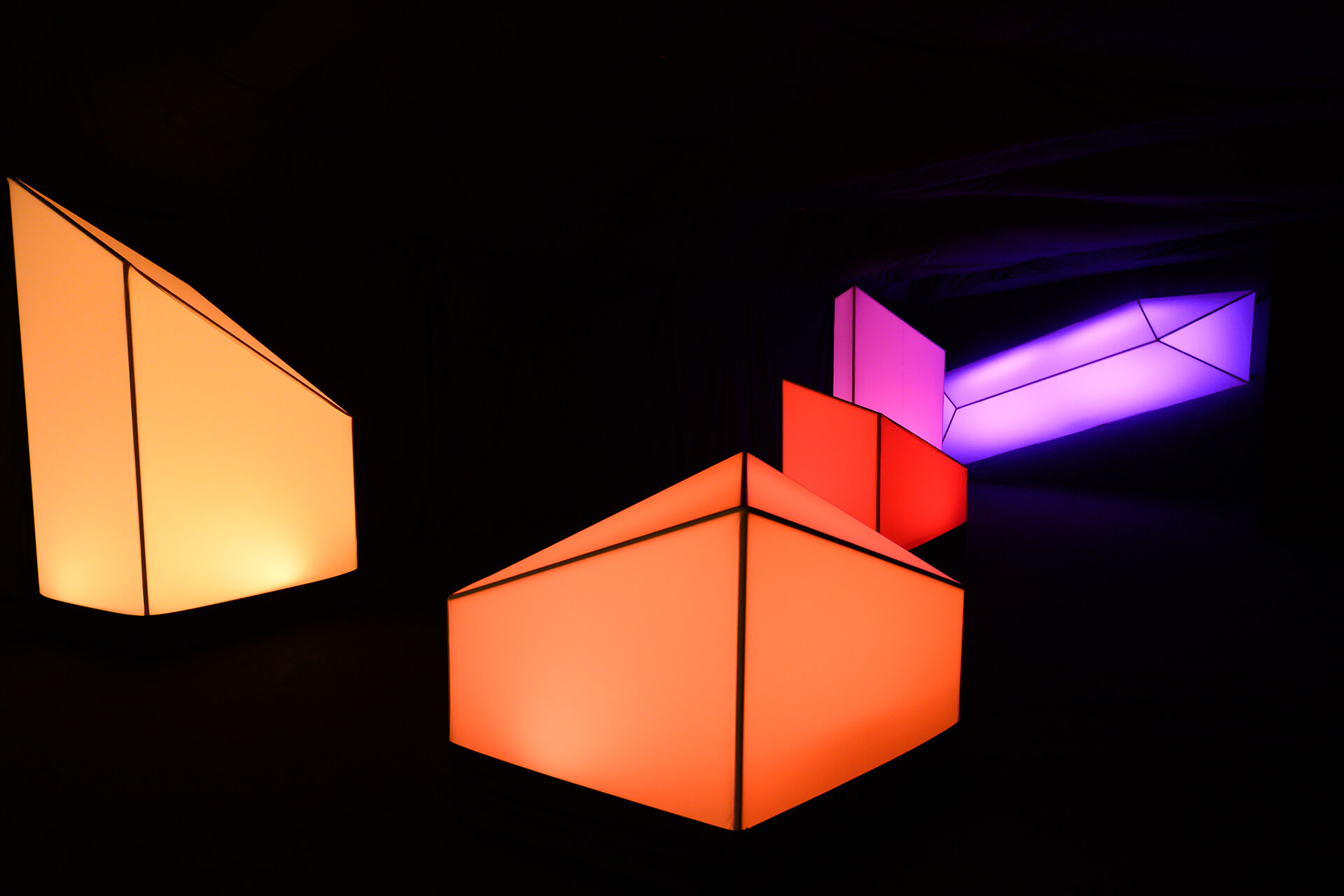 That’s what a project such as The New York Times’ Diary of a Song series is trying to do. Reporter Joe Coscarelli obsessively pieces together the odd bits, random interventions and unexpected actors that came together to give birth to a modern-day track. But here’s where the proposal gets quite subversive: instead of applying this treatment to certified critical darlings, Coscarelli goes for catchy and apparently irredeemable pop songs. Old Town Road had to travel from a 19-year-old’s bedroom in the Netherlands to Lil Nas X’s current Billboard domination. Rosalía’s Con altura started with an unintendedly hilarious off-the-cuff comment in a Dominican talk show and went through the skilled hands of El Guincho, the Canary Islands’ answer to Sufjan Stevens. How dare we easily dismiss that type of effort?

‘So, when you finally hear Rylan’s piano pop-up inside the room, it makes you rethink the song you already knew,’ remembered Baruch. In a visually saturated world, we are treating the everyday presence of music the same way. We have distractedly forgotten the effect that the consumption of sound can have on us. 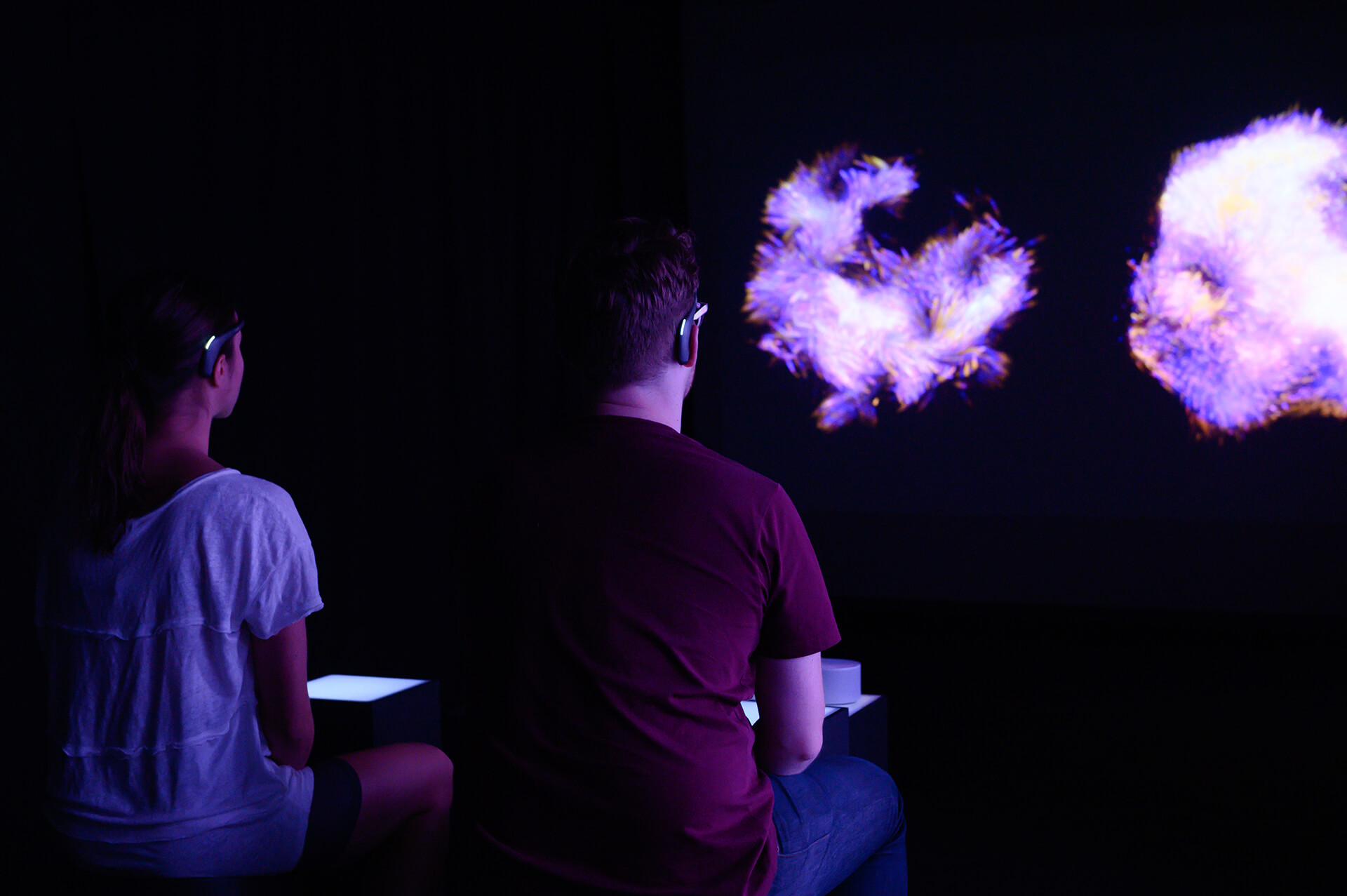 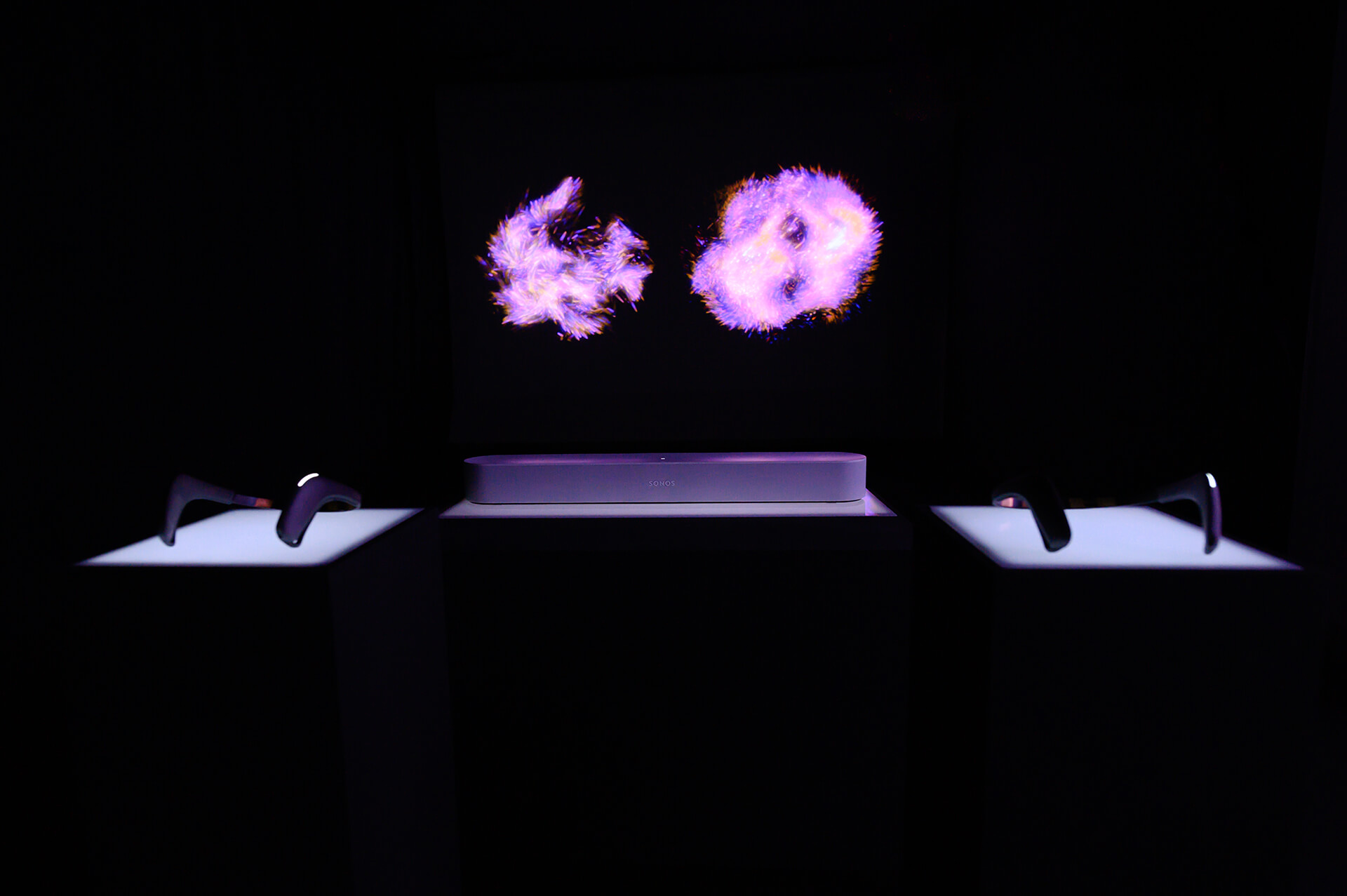 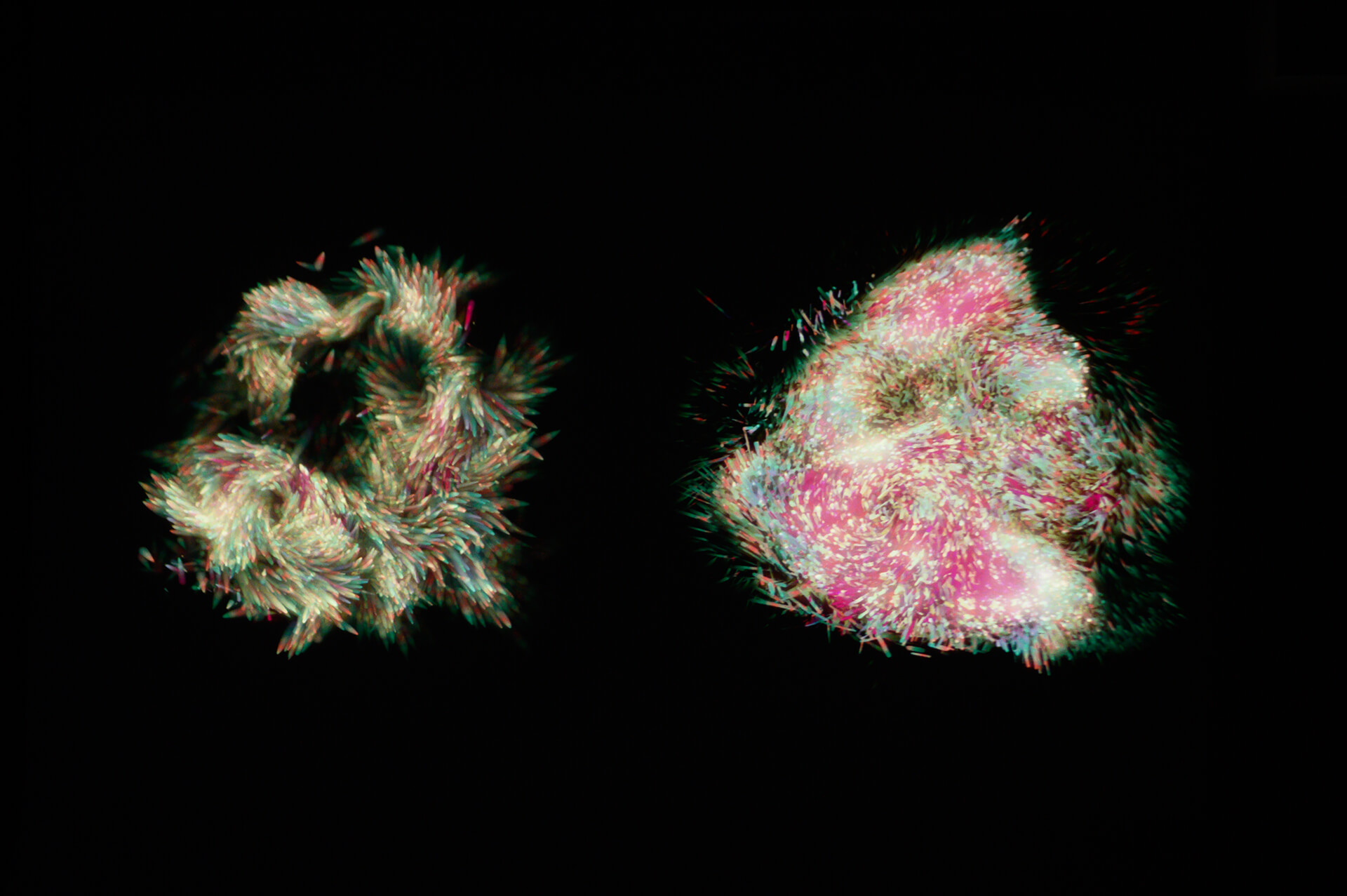 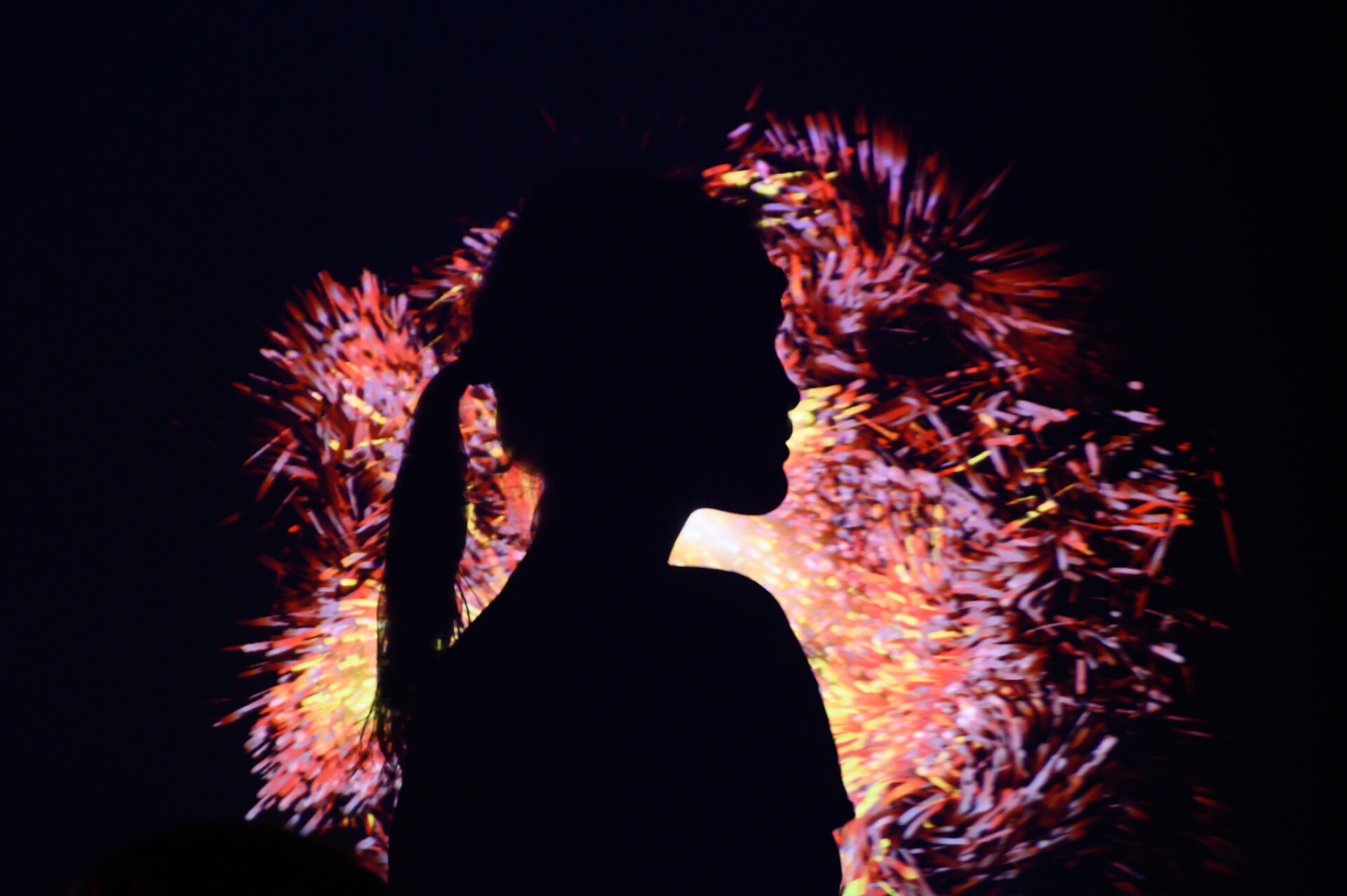 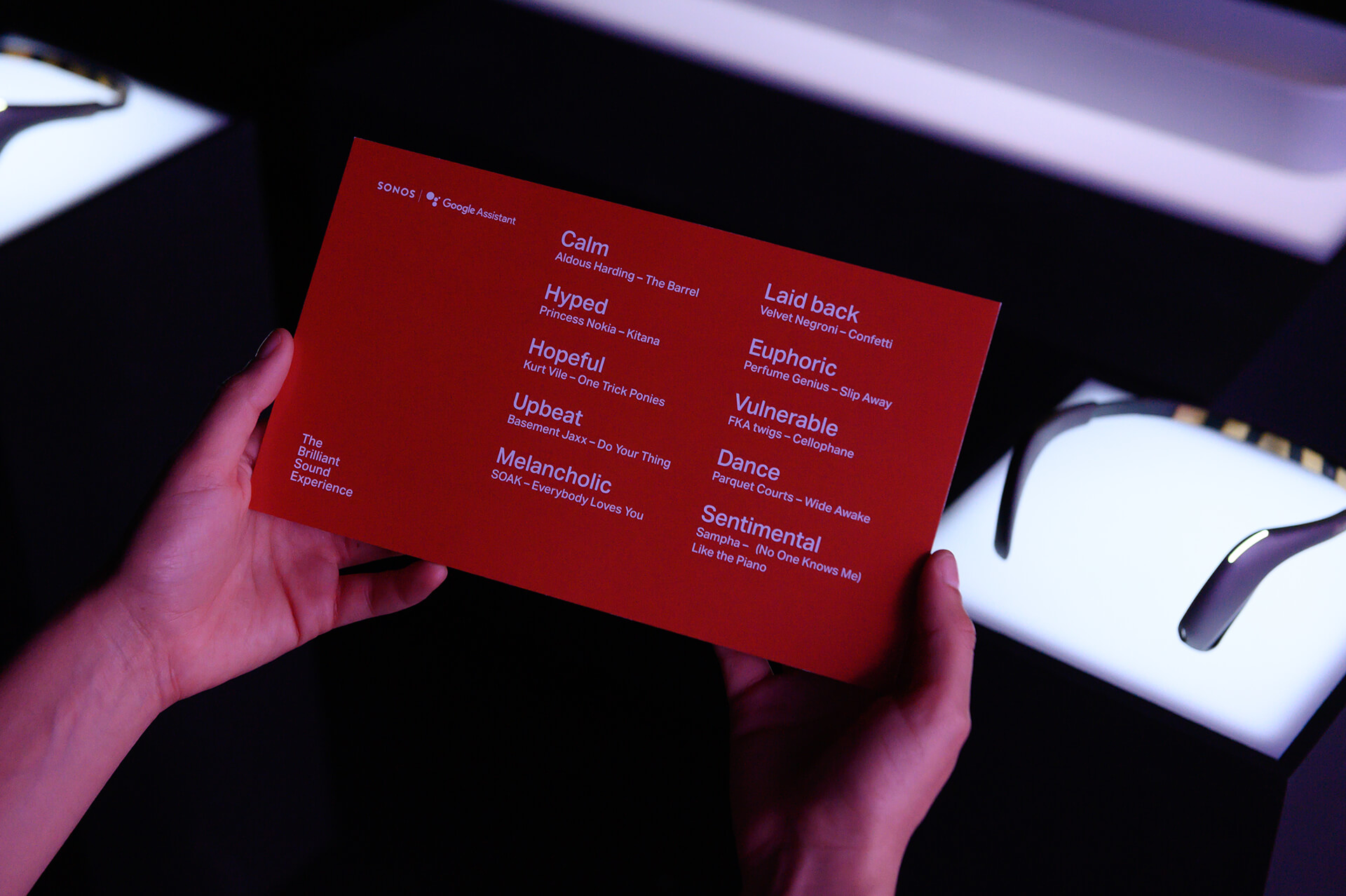 The second room covered that. Emotions of Music had visitors stuck to headbands that measured their brainwaves; a series of screens presented the real-time infographics that detailed their reactions to a selection of songs from the Beggars Group catalogue – that’s the umbrella that gave the world Amerindie acts such as St. Vincent, Bon Iver and Vampire Weekend, and the several shades of female power represented by FKA Twigs, Grimes, Princess Nokia and Adele herself. ‘I was feeling rather positive that day, but somehow my brain was not reactive to upbeat music at all,’ remembered Baruch. ‘Instead, I reacted to melancholic music. In retrospect, I think it's because my parents primarily played Bach, Barber and Elgar at home when I was a kid, so my brain somehow associates comfort with sad music. Who knew?’

As Google’s standout exhibition during this year’s Milan Design Week demonstrated, personalized neural visualizations are becoming prized design-installation souvenirs. Their surprise factor, right now, lies in the fact that you can’t really trick your brain’s knee-jerk response into Instagrammability – at least, not yet. In this particular case, as with A Space for Being, the message is the same: we take for granted how much the space (and soundscape) around us affect us, and we should definitely be paying more attention to them.

One of my favourite musical genres is funk carioca, the favela-driven force that the likes of Diplo have been trying to bottle, dissect and emulate for years. Its most distinctive beat is the tchu-tcha-tcha, a loop of vocal percussion born out of the precariousness of Rio de Janeiro’s forgotten neighbourhoods. It is, quite literally, the result of a young man beatboxing into a mic, but can now be found in practically two decades’ worth of funk songs, generating dances like the quadradinho and idiosyncratically diverse passinhos. Many upper-class Brazilians quickly dismiss its value, mostly due to its perceived vulgarity and the violence often depicted in its lyrics. But that tchu-tcha-tcha layer carries a wealth of information about the country’s misdistribution of wealth and the artistic ingenuity of its people, even when so many doors are slammed in their faces. I owe it to everyone involved to really listen to those songs. And, a continent and several realities away, The Brilliant Sound Experience wants us all to do the same.