Urbantainer breaks down the negative stereotypes of modular building

There’s often an assumption about ‘shipping container architecture’ that speaks of temporality and with low-quality structures lacking in design consideration. Local firm Urbantainer has a mission of disproving any such negative stereotypes. Built from 200 shipping containers over a 5300-sq-m area (approximately three quarters of an average-sized football pitch), the commercial retail hub Common Ground, which launched in 2016 and is located in South Korea, is the firm’s largest project to date. The application of prefabrication methods made it possible to reduce the on-site building time to 5 months and Mark spoke to project leader Hyoungseok Lee about the impact of the complex in the year since it opened – and to find out where the team managed to source 200 shipping containers. 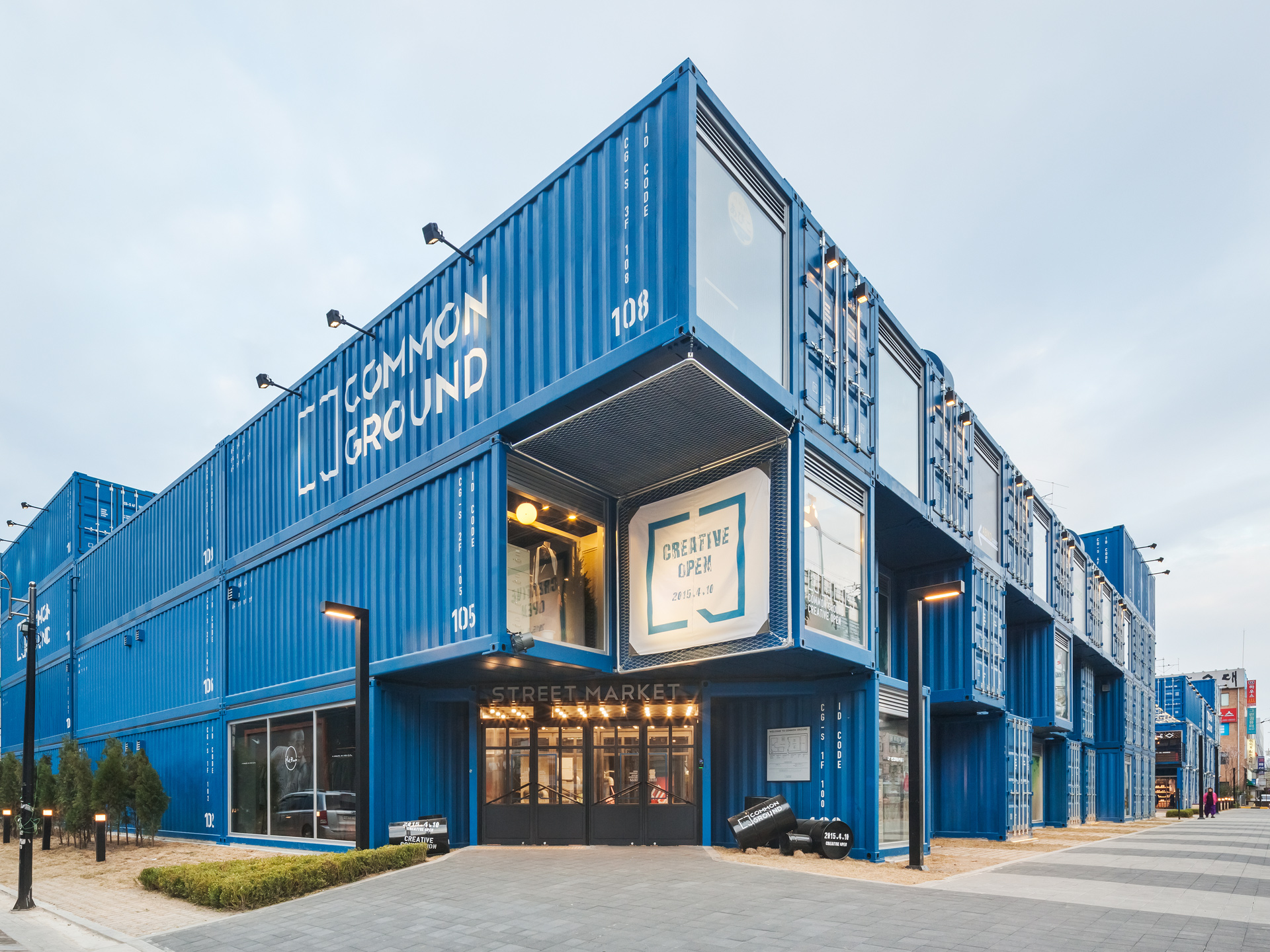 What point were you hoping to prove with Common Ground?
Until the opening of the shopping mall, the public associated container buildings with negative images of provisional structures built without permits, weak fire safety or homes for the poor. The challenge was not only to create a positive brand image but to also prove that these perceptions were distorted and inaccurate. Additionally, we wanted to prove the economic and practical viability of building the world’s largest retail platform made of container modules. We know, now, that the project is a full success but, in the concept phase, the innovation potential had yet to be proven since there was no benchmark project of a similar size. 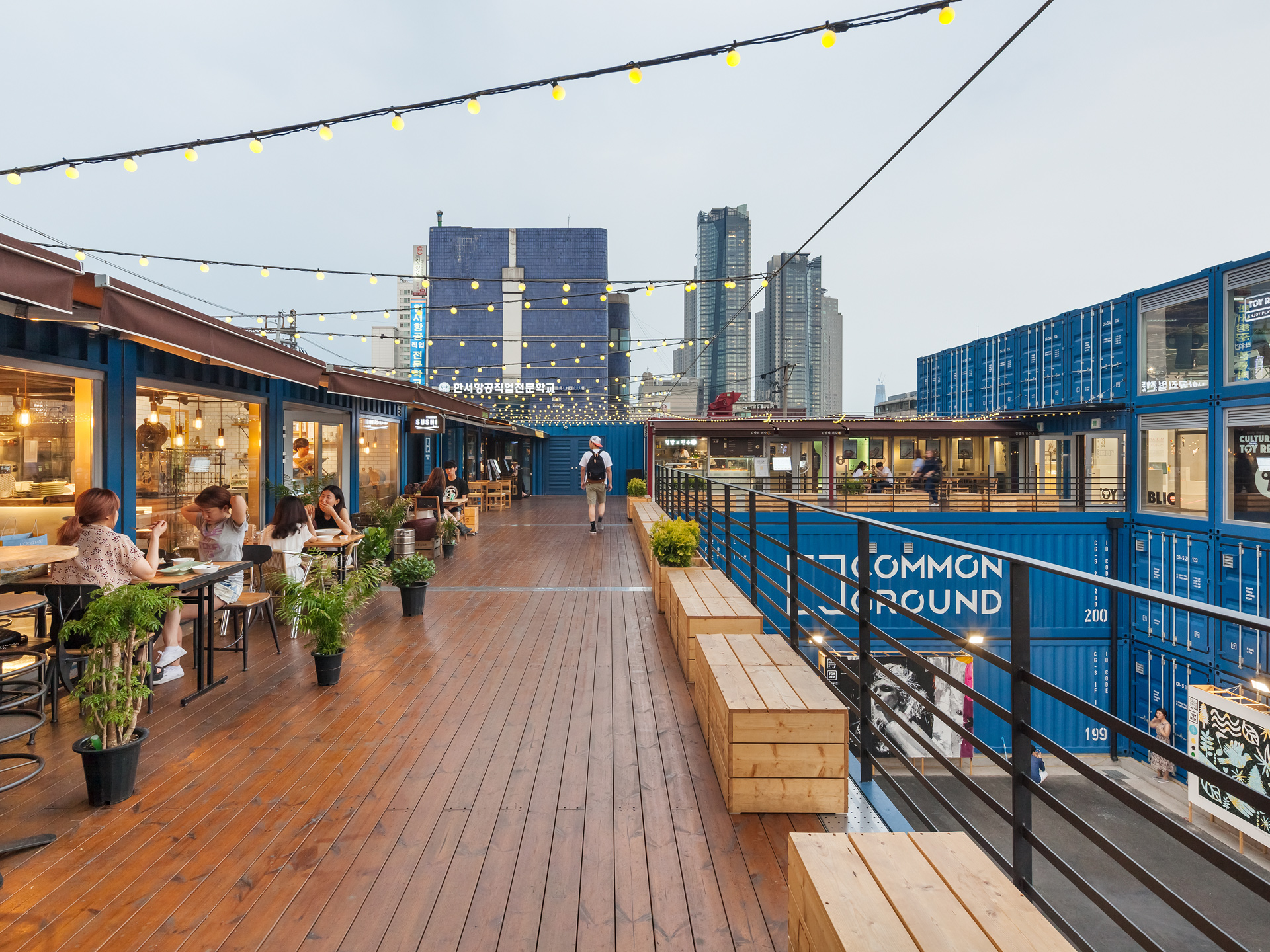 Where did you find 200 shipping containers?
To be frank, we newly fabricated them because of the tight project schedule. You can’t expect 200 containers to have the same condition when you use second-hand modules. The original plan for the project was to design with second-hand containers because they are so widely available. Common Ground could have been a good example of a building built by using second-hand containers if we’d had enough time but it still shows that the potential is there. 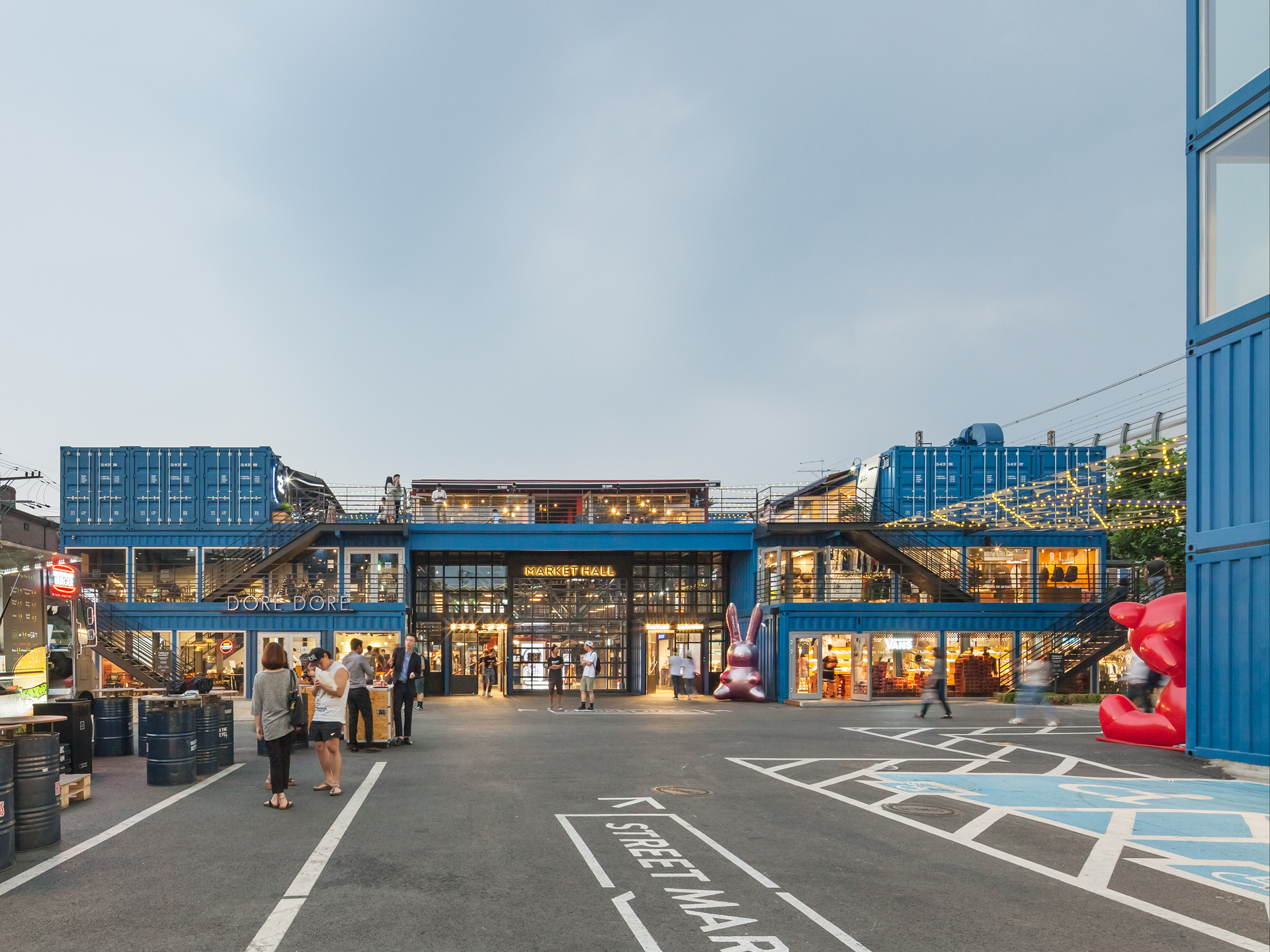 How did the process differ to smaller, more temporary projects which are not so unusual now with containers?
Small and temporary projects can be approached easily. The biggest advantage of a temporary project is that you can easily move it and rebuild it rapidly as the surrounding environment doesn’t affect much. Large-scale architecture is relatively hard to approach in the beginning, as it is related to the land and so it’s somewhat more difficult to modify the shape or structure once you’ve finished building it. It’s also almost impossible to move. Common Ground has a characteristic that is somewhere in between the two different types. It has the same construction methods as small or temporary modular architecture in that fabricated modules are installed on-site, which makes the construction process faster and more eco-friendly. At the same time, it has the high-quality usability and functionality as general architectural construction methods. 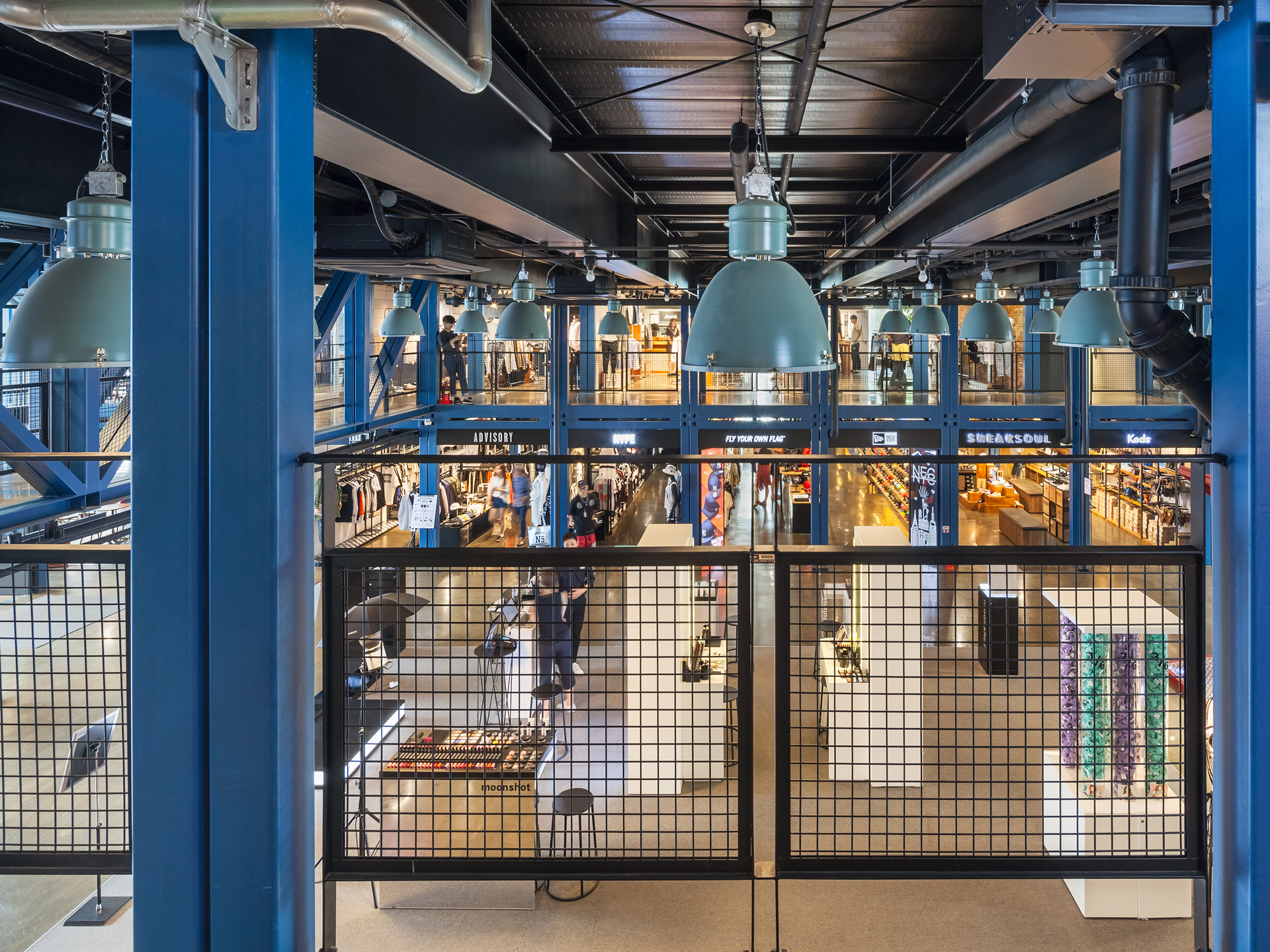 Has the structure performed in the way that you had hoped?
It is actually performing very well – even more than we had hoped for. Common Ground is now one of the most popular tourist spots in Seoul and is highly ranked as a large-scale shopping mall in Korea. The blue container exterior has become a powerful brand identity. In the architecture industry, container building is a kind of innovation. Our CEO, Jiwon Baik, defined the historical meaning of container architecture as ‘mobile building’. In the existing property market, it’s not easy to build without owning land. In the case of Common Ground, the owner of the building has leased the land for 8 years and plans to move the shopping mall to another location in the future.