I entered the field of commercial interior design in 2013. My theory since then has been that if you want to be a good designer, you have to know who you are dealing with. Many designers think they are dealing with their clients… but the real driving force is actually the demand from consumers.

Retailers treated consumers the way their mothers did: you have to eat whatever your mum cooks

Before online shopping took off in China, many physical retailers said they only wanted to display their products on the shelves, and thus the shopping experience was neglected. There was a condition in the previous market that hasn’t disappeared even today: the problem is that the retail owner is often the one who determines the shopping experience. What they do is make full use of a tight budget and spend every penny cautiously, figuring out that design should be a low expense, as they believe the products will sell anyways. Retailers treated consumers the way their mothers did: you have to eat whatever your mum cooks. Consumers, therefore, had low expectations and designers had little room for creativity. 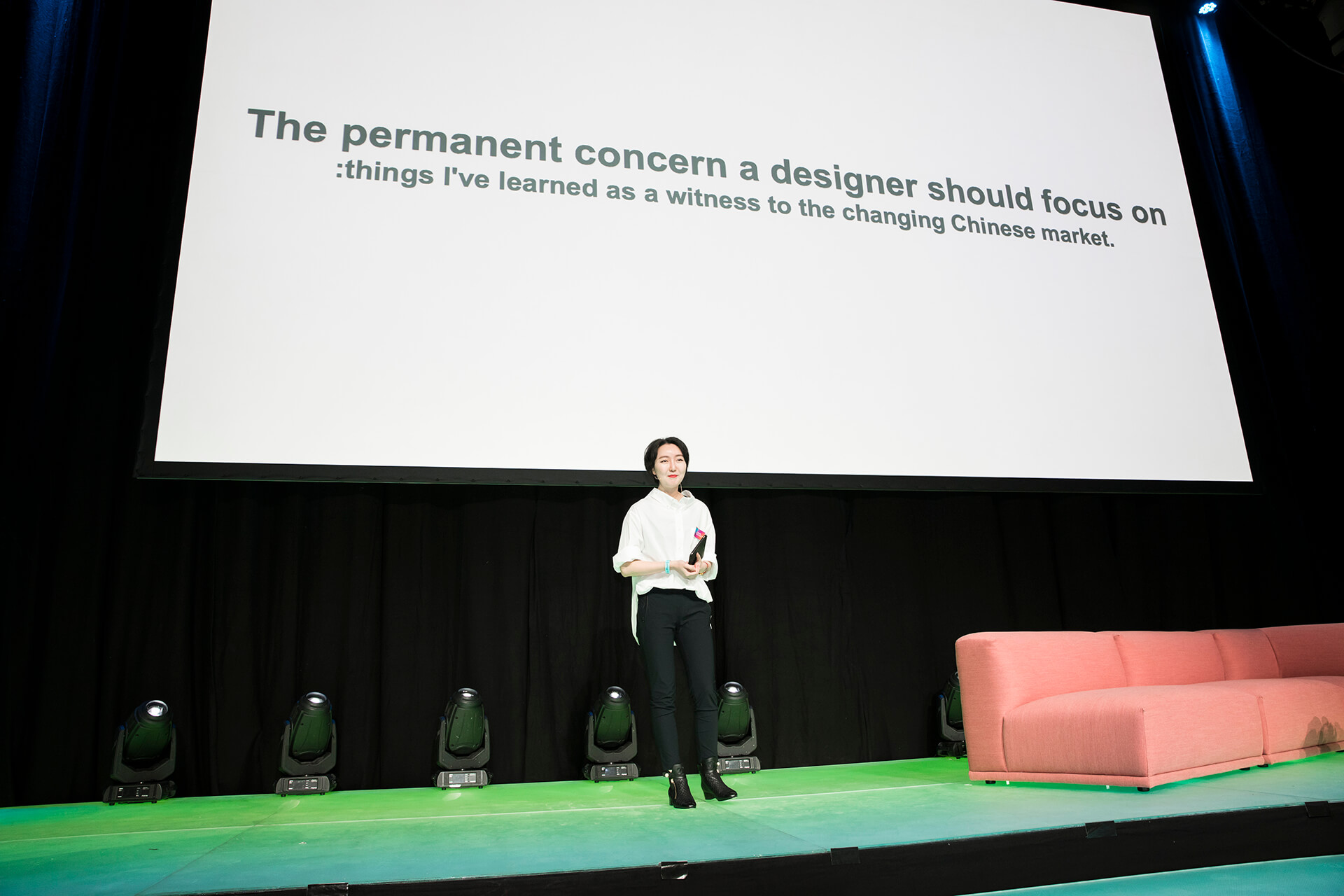 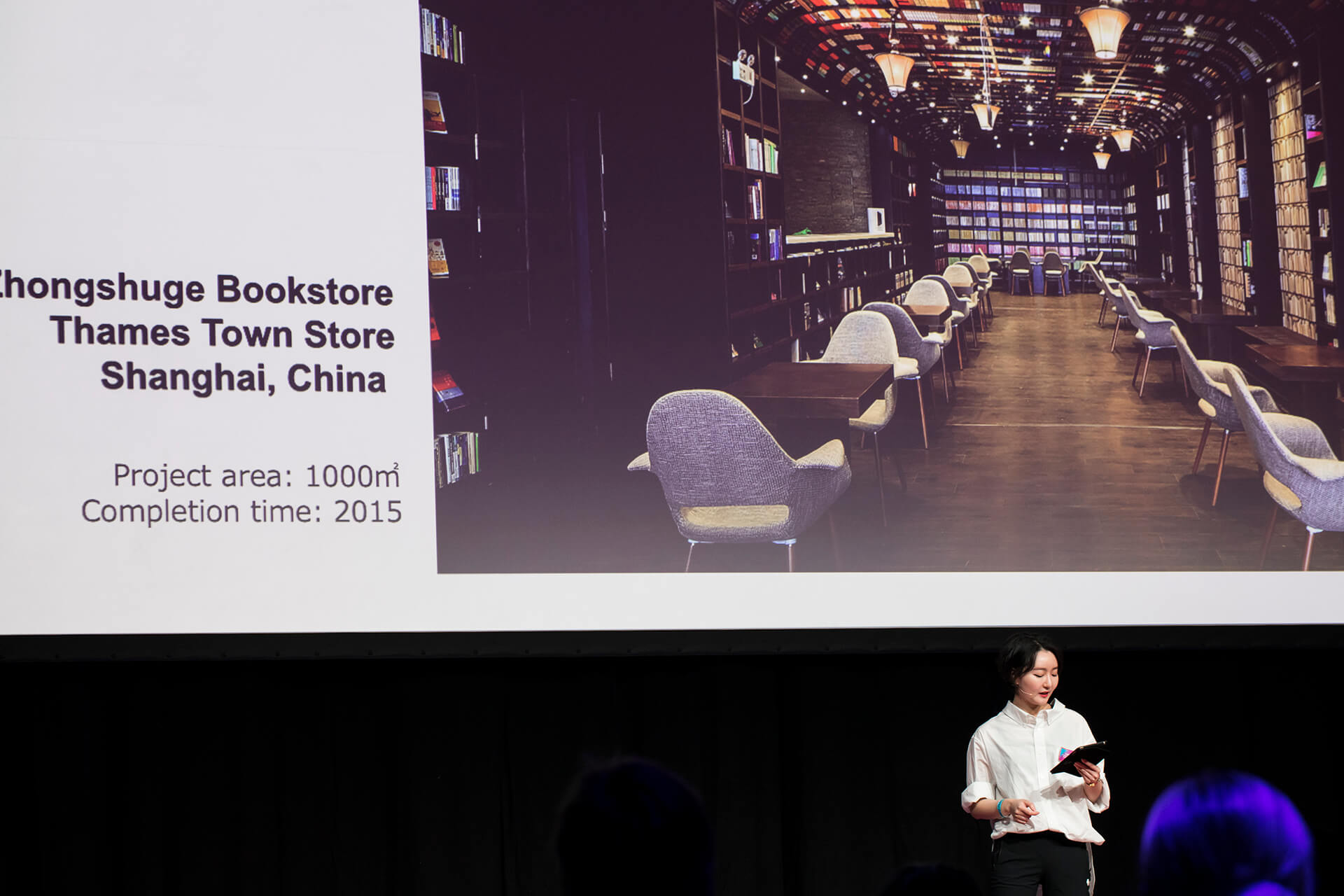 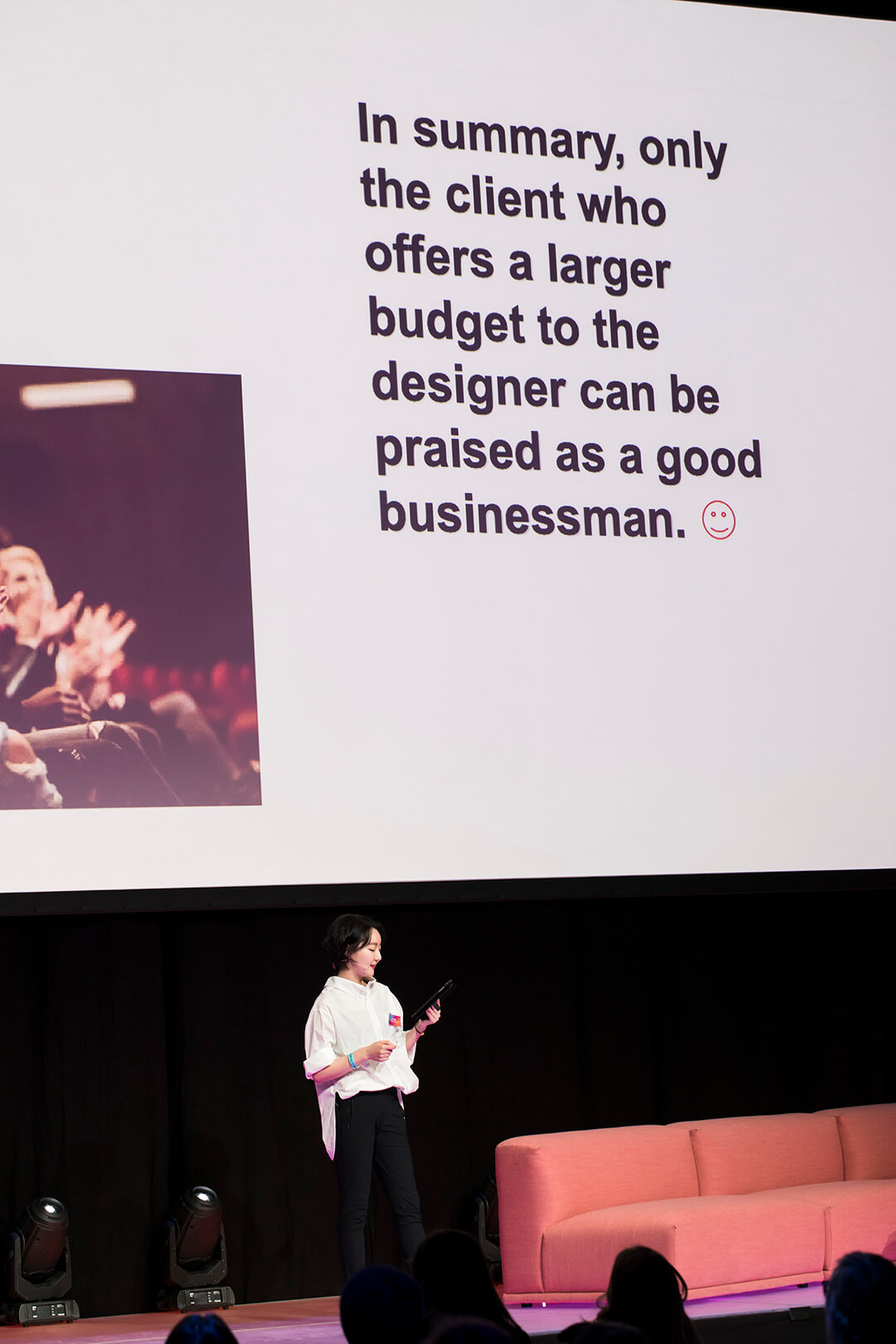 But then, the explosion that was the internet led to a revolution in the field, and also drove changes in competition between online and offline shopping. In the former, consumer demand has been considered in every single way. Physical retailers had to find ways to stand out from the more-convenient competition.

The aim of my project was to flirt with the consumers

My first client was an ugly bookstore. Only two of their shops survived the online onslaught. The client saw the photos of the so-called most beautiful bookstore in the world, the Lello in Porto, and he contacted me and asked me: ‘If my bookstore is as beautiful as this one, it might peel people away from their screens and make them come to my shop.’

The main aim of this project was to flirt with the consumers, and then impress the media – they help spread novelty. I needed to give readers something they could never experience while shopping online. I created a temple of books where people are able to do some meditation. I used the serenity of church to speak of a soul purified by reading. The media and the readers loved it: the former named it the most beautiful bookstore in China. This boosted my client’s confidence in design spending. A few months later I designed a second shop, inspired by a kaleidoscope – this reflected the many changes in reading attitudes. This one got even more attention, and my client decided to open more stores in other cities. In the third I used the concept of a forest that nourishes with air and light, just like books. It attracted 38,000 visitors on its opening day. It took only two hours to sell out all the coffee beans in the kitchen. It made it to The New York Times’ website. My client has opened 15 more since he invited me to design for him that first project in 2013.

Another client was a young mother who wanted an amusement park for children, where adults could dine and kids could play. Within a week, it garnered about one million euros in pre-sales. My client became a businesswoman overnight. She is now planning to open five more parks. 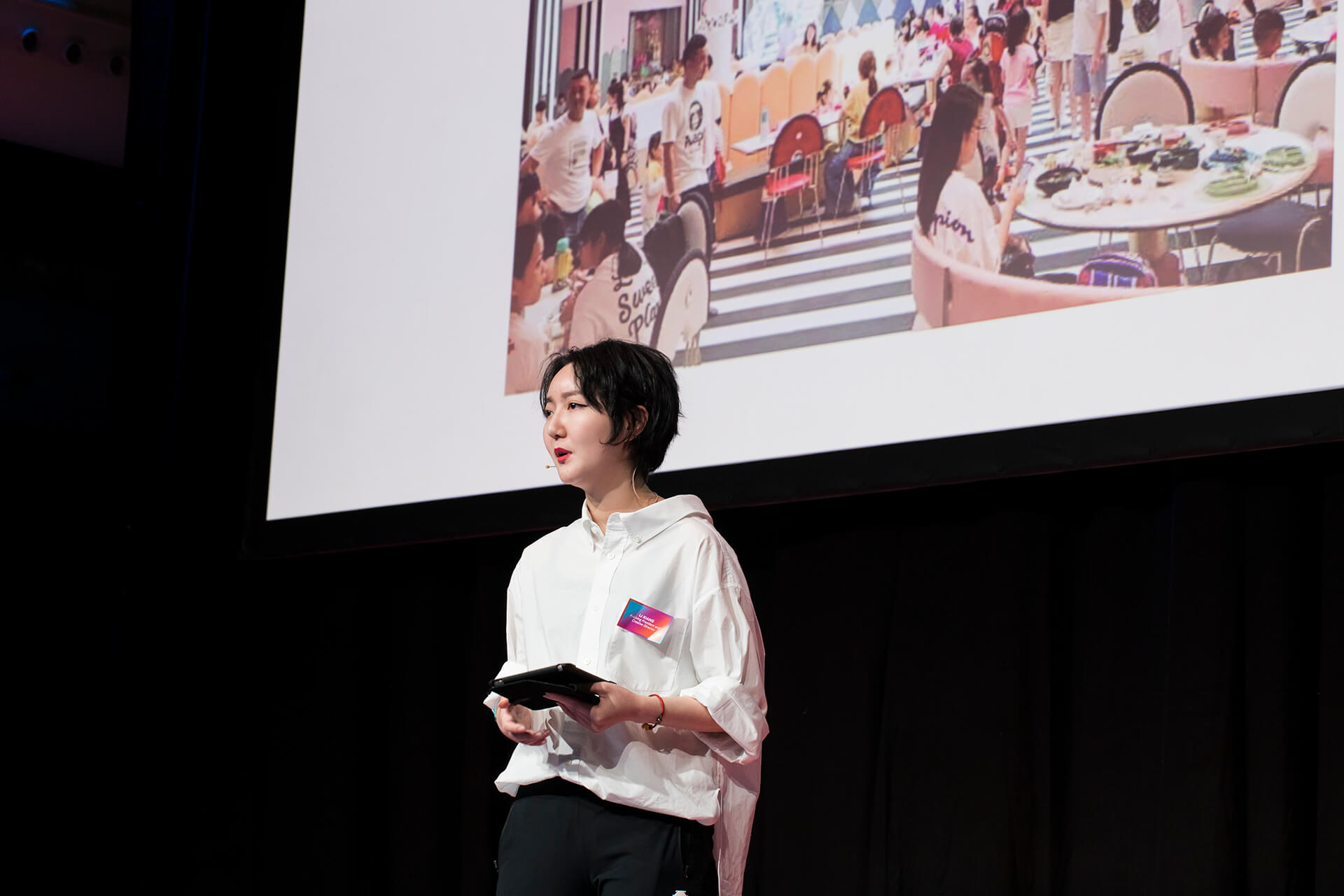 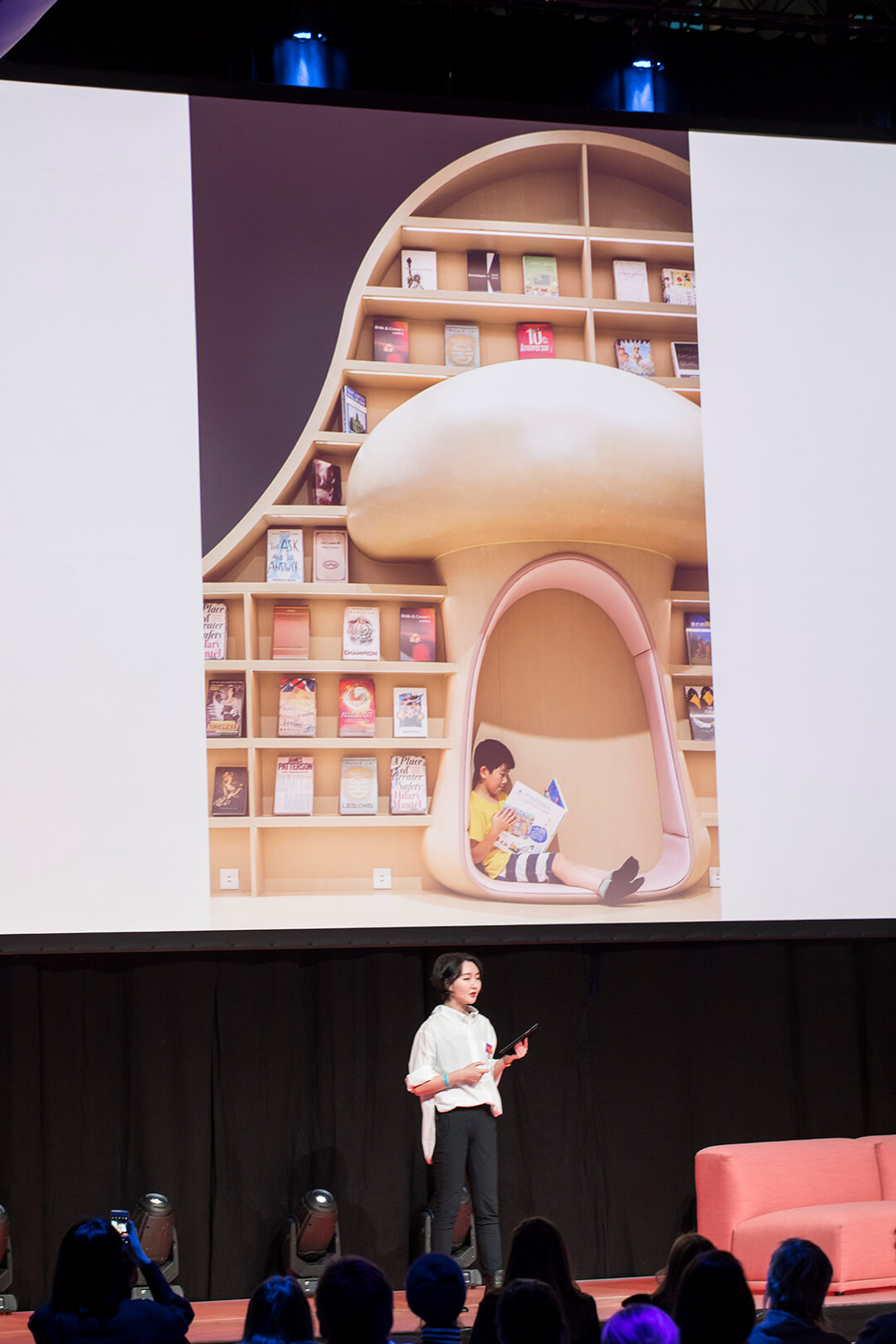 Nowadays, young customers are getting harder and harder to deal with. For a co-working space I recently worked on, we incorporated wellness and fitness elements that can be used at work – fun and healthy work incorporated into the design.

In a society where online shopping has cannibalized the offline retail space, consumers have a new demand: experience-based consumption. It’s difficult for the online world to replace the service industries; people still need to go somewhere to have brunch with their besties or play with their children. And everyone is seeking beauty.

But what else can designers do besides meeting the experiential needs of consumers? I found that answer in the Park Zoo Hotel, where the owner wanted to use an animal theme throughout. I didn’t want animals to simply become design elements; I wanted to reveal the fact that some animals are on the verge of extinction. That can lead the public to reflection. It can be better if we can help them make changes on mentality and behaviour. When it opened and I posted the project photos on my blog, it was viewed 500,000 times in three days.

Make no mistake: Chinese consumers are concerned about serious issues. No matter how much the European or Chinese markets change, the demand for ecological balance in sustainable environments should always be our priority.

Li Xiang, the founder of X+Living, was one of the jury members at this year’s Frame Awards, and presented this talk during our Frame Lab. This is an edited transcript of her presentation; you can see the full talk below.