The windows in this Tehran building aren’t framed by bricks, they’re within them

Hooba Design Group took a humble construction material in a completely new direction for Kohan Ceram’s Iranian headquarters, turning the building into a billboard for the brick manufacturing company’s expertise.

Dutch architecture practice MVRDV made international headlines in 2016 with Crystal Houses: an Amsterdam retail façade made almost entirely of glass bricks. The concept turned what could have been a closed-off store exterior into one giant shop window, and a humble and ubiquitous construction material into something avant-garde in the process. But then the cracks started to appear – literally. After rumours of fractures in the bricks, MVRDV confirmed the issues were instead with the polymer, the adhesive used for the vertical joints. ‘There is not a single constructive risk,’ MVRDV’s Gijs Rikken told de Volkskrant. The client and architect were both apparently happy to write off the problem – which has since been solved – as part of the project’s extremely experimental nature.

But what about buildings – or cultures – looking for some of the benefits of MVRDV’s idea without the fully fledged transparency? In Tehran, local practice Hooba Design Group took the bricks-turned-windows concept in a more modest direction. The headquarters of Kohan Ceram join a new breed of brick buildings in Iran that challenge the routine running-bond configuration. Whereas some designers are opting for patterns that reference Iran’s heritage and others installing bricks at intervals to filter sunlight, Hooba Design Group worked with its client to redesign the building blocks themselves. It helps, of course, that the client is a brick manufacturing company. ‘This gave us a unique opportunity for a broad investigation of this material,’ says Hooba founder and managing partner Hooman Balazadeh. 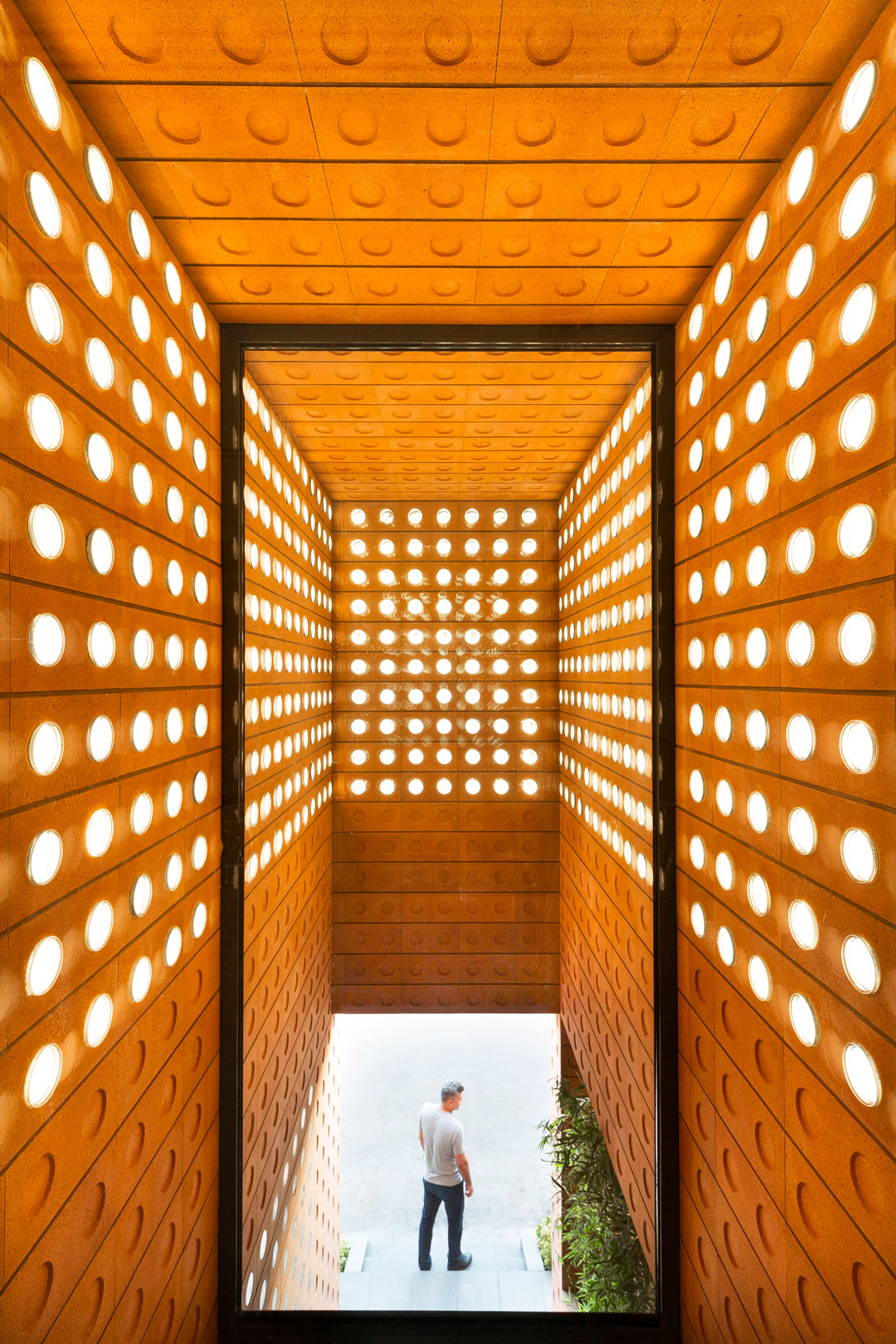 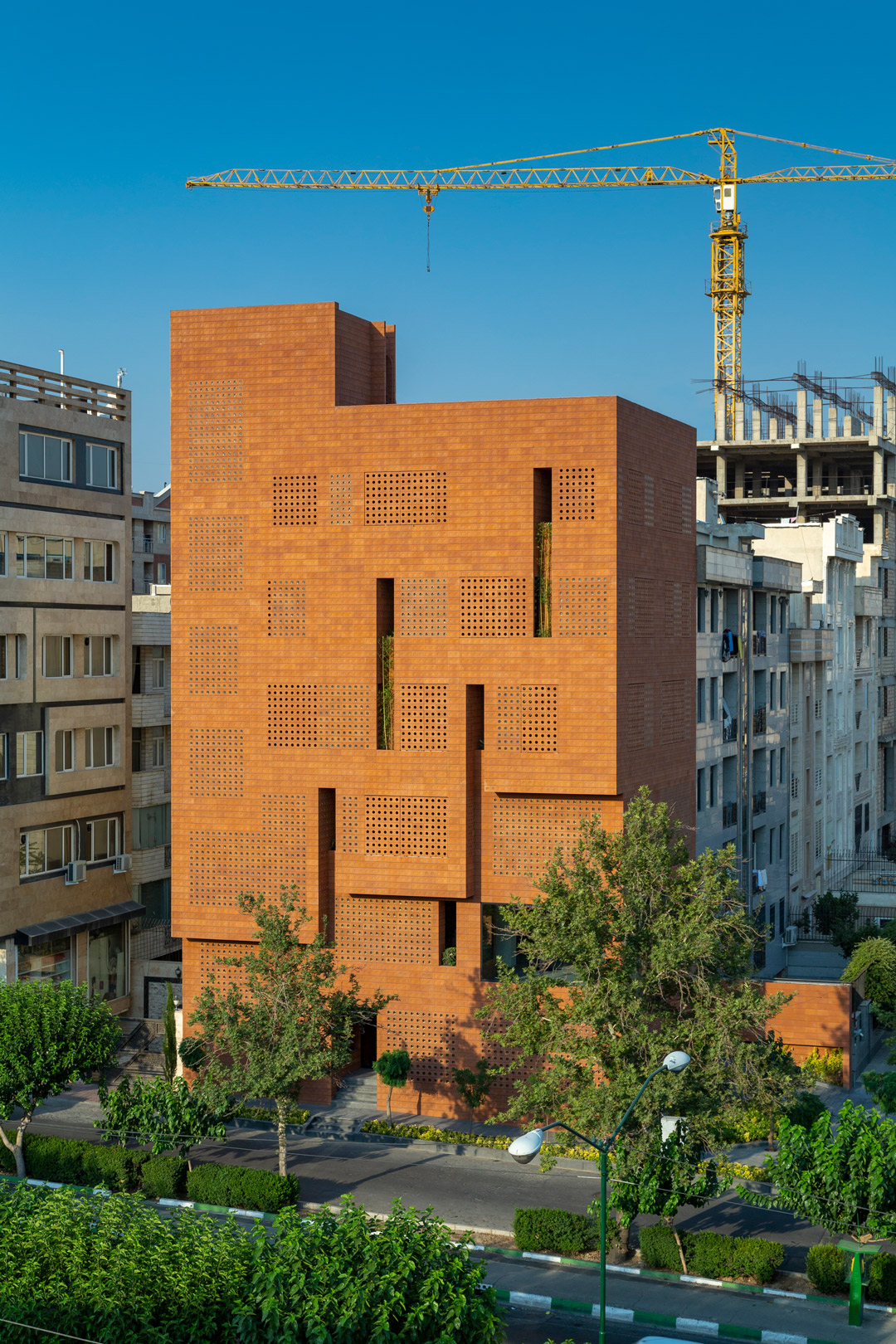 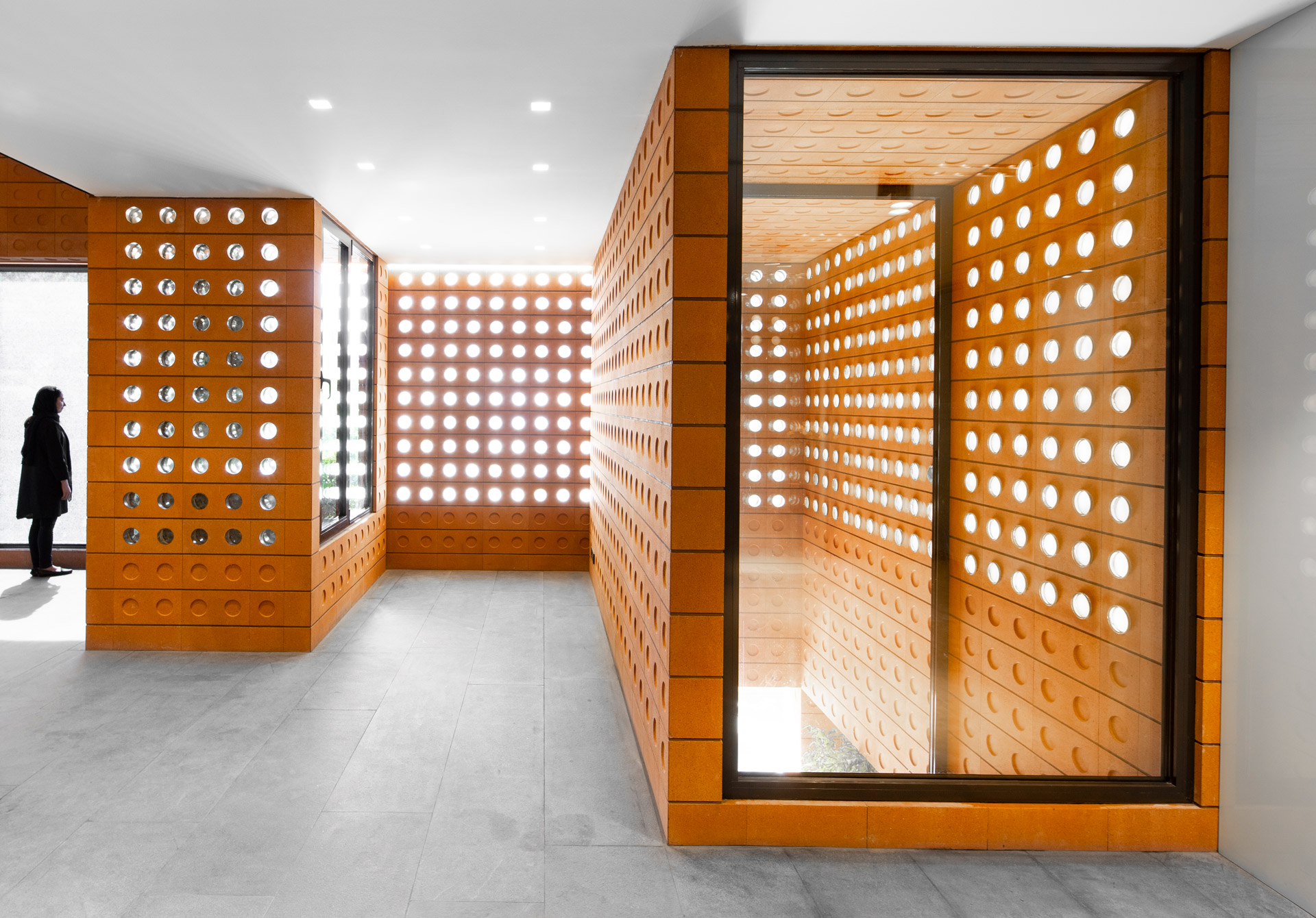 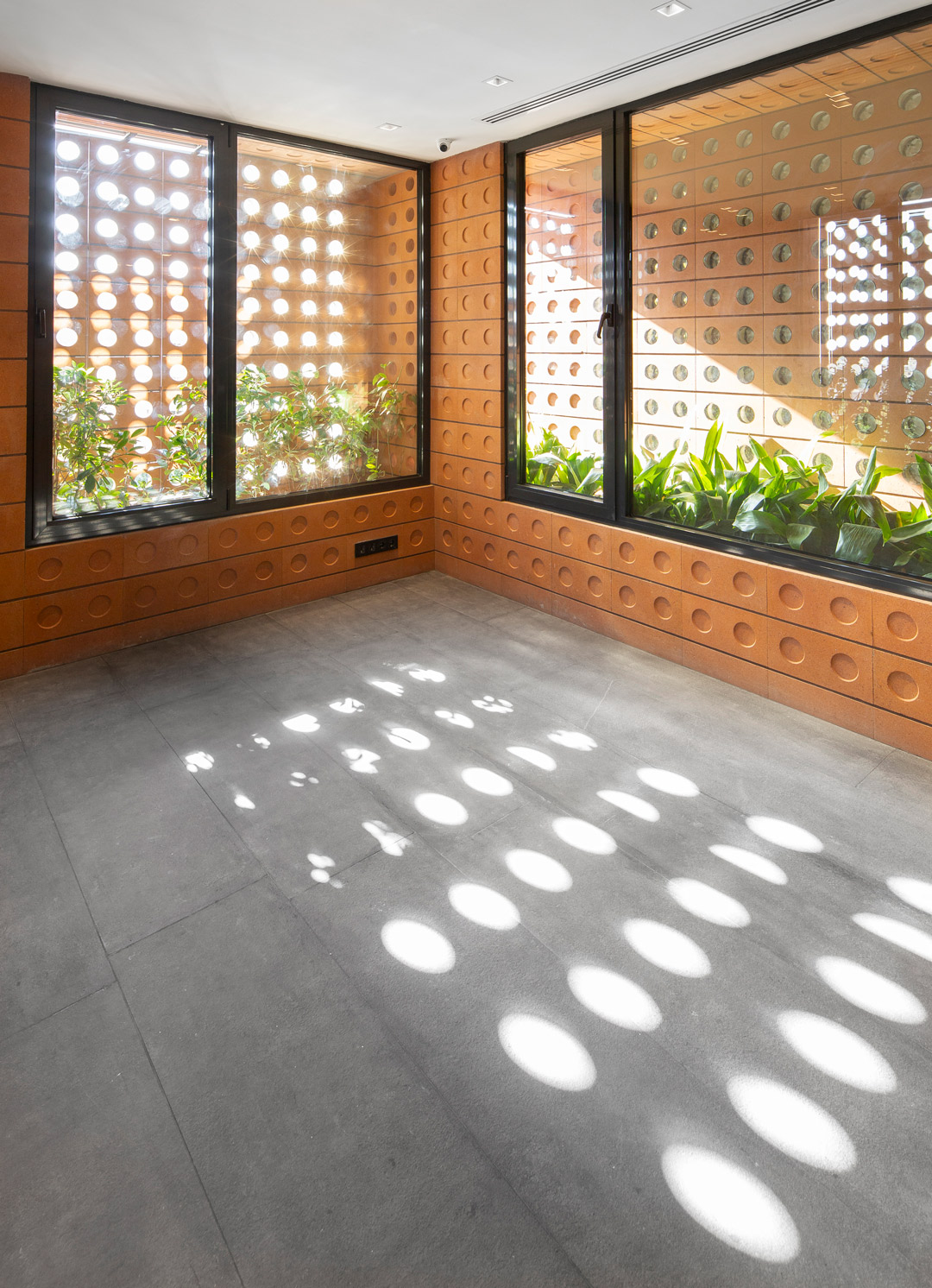 Kohan Ceram’s brief was to create an office building, showroom and residential suite. ‘We decided to use the company’s product as the building material for the exterior and interior,’ says Balazadeh. ‘The building itself represents the company.’ As such, the structure becomes a celebration of brick, utilizing the material’s inherent qualities while pushing its boundaries. The newly developed ‘spectacled brick’, a solid block with a circular aperture at its core, speaks strongly to its location. ‘The high density of buildings as well as city regulations in Tehran have caused sunlight exposure problems in office and residential buildings around the city,’ says Balazadeh. ‘The special brick in this project enables sunlight penetration, even in parts of the building where windows are not admissible.’ Moreover, the façade louvres can be adjusted to closed or open positions to optimize sunlight exposure during the day. Unlike MVRDV’s completely see-through solution, Hooba Design Group’s structure balances views from the outside with views to the outside – not too much of the former nor too little of the latter. This is particularly important for the residential section of the property, where privacy is paramount.

Tehran ranks among the world’s most polluted cities, another factor Hooba Design Group addressed in the building. When compared with many other standard construction materials, ‘brick absorbs less air pollution and dirt during long-term use’, says Balazadeh. In addition, green spaces that extend from the façade into the interior are designed to filter both air and noise pollution from the adjacent motorway. ‘If used as a common solution in different parts of Tehran, this building strategy could affect the overall city pollution in the long term.’

This project will be featured in our upcoming issue, Frame 136.