‘Our relationship with space has changed completely, because our perception of space has altered’

In our publication What I've Learned, 28 world-renowned designers and architects shed light on the experiences that have influenced their lives and work. Below we share an interview with architect, writer and educator Bernard Tschumi. He talks about his days as a ‘paper architect’, his experiences with building in New York City and his dreams for the future. What I've Learned is available for purchase here.

’Where did I grow up? I was never in one place. I was born in Lausanne, but my parents lived in Paris as well. I travelled a lot between those two places as a kid, and that’s the interesting part of it: one was a small, extremely peaceful, nature-loving town, and the other a big city. The fascination with big cities has never left me.’

’At the age of 17, I found myself here in America as an exchange student. At the time, my interests were geared more towards literature and philosophy, but I was outside my own culture in the States. I spent ten days in Chicago during a Christmas break in 1961. The city was much tougher, rougher and more powerful than it is today. I was on top of one of the tallest buildings in the late afternoon, looking down on the city through the snowflakes, and I remember it distinctly: the moment I really sensed and discovered the power of the city was like a revelation. I realized I wanted to become an architect.’ 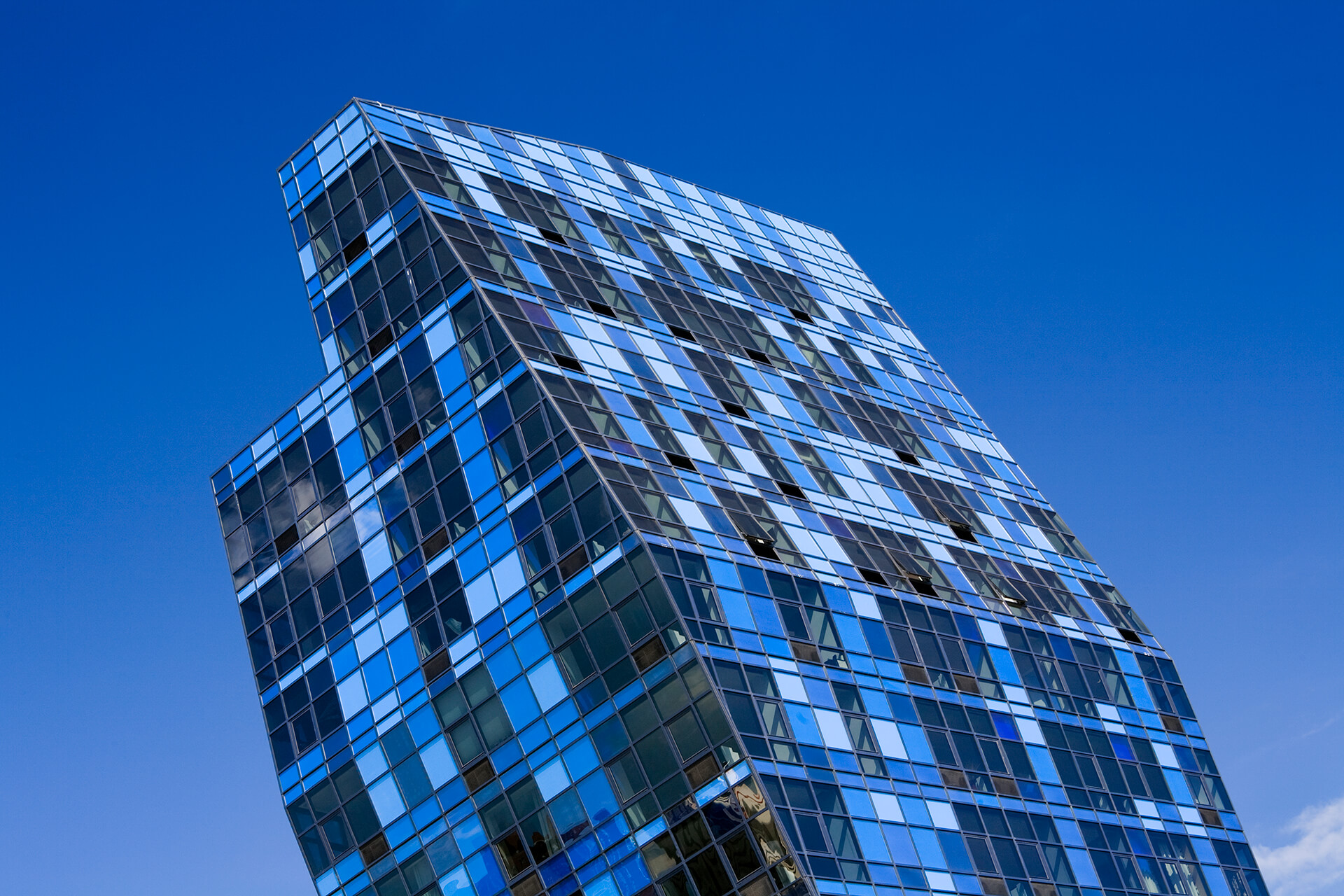 ‘I visited buildings by Louis Sullivan and Frank Lloyd Wright, but it wasn’t individual works that fascinated me – it was the encounter with the big city. The 19th-century Großstadt of Walter Benjamin, the metropolis, the megalopolis: they represent a fantastic power of culture and intelligence. At the same time, the city can’t exist without the countryside. In that respect, Henri Lefebvre’s writings are still relevant, although some are more than half a century old. In The Production of Space [1974], he combines architectural and urban analysis with political sciences and economics, superimposing situationist ideas on urban space. He uses the example of Tuscany, which at first sight seems like a bucolic, natural landscape, but which has been utterly domesticated by the aristocrats who reside in its cities. It’s still important to think about this relationship, but that doesn’t necessarily mean that we need to put the village back in the city – I’m thinking of Union Square Greenmarket, just outside our New York office.’

‘As a young architect, I was reading what my older colleagues were writing, and I remember being irritated. To me, they were naive, simplistic do-gooders with strange ideologies. Around 1968, an enormous amount of radical questioning took place, to the extent that many existing preconceptions were thrown out. There was this fascination with Italian groups like Archizoom and Superstudio. In a time when you were either political or creative, they were both.’

‘The more established architects at that moment had the idea that we should return to roots and tradition. It was all about contextualism and so on. A number of people were quite exasperated with this regressive attitude. They wanted to continue debating the future of society. I was called a “paper architect”, along with young colleagues like Zaha Hadid, Daniel Libeskind, Rem Koolhaas and Wolf Prix. But we were simply trying to use the tools we had at our disposal. In the absence of jobs, we thought a lot about the definition of architecture. Today, I don’t hesitate to claim that architecture is the materialization of ideas. You can draw and write about architecture all you want, but you really don’t want to end up with nothing more than a series of drawings; they have to be translated into concrete, glass, steel or other materials. Then the material can acquire life and start relating to us humans.’ 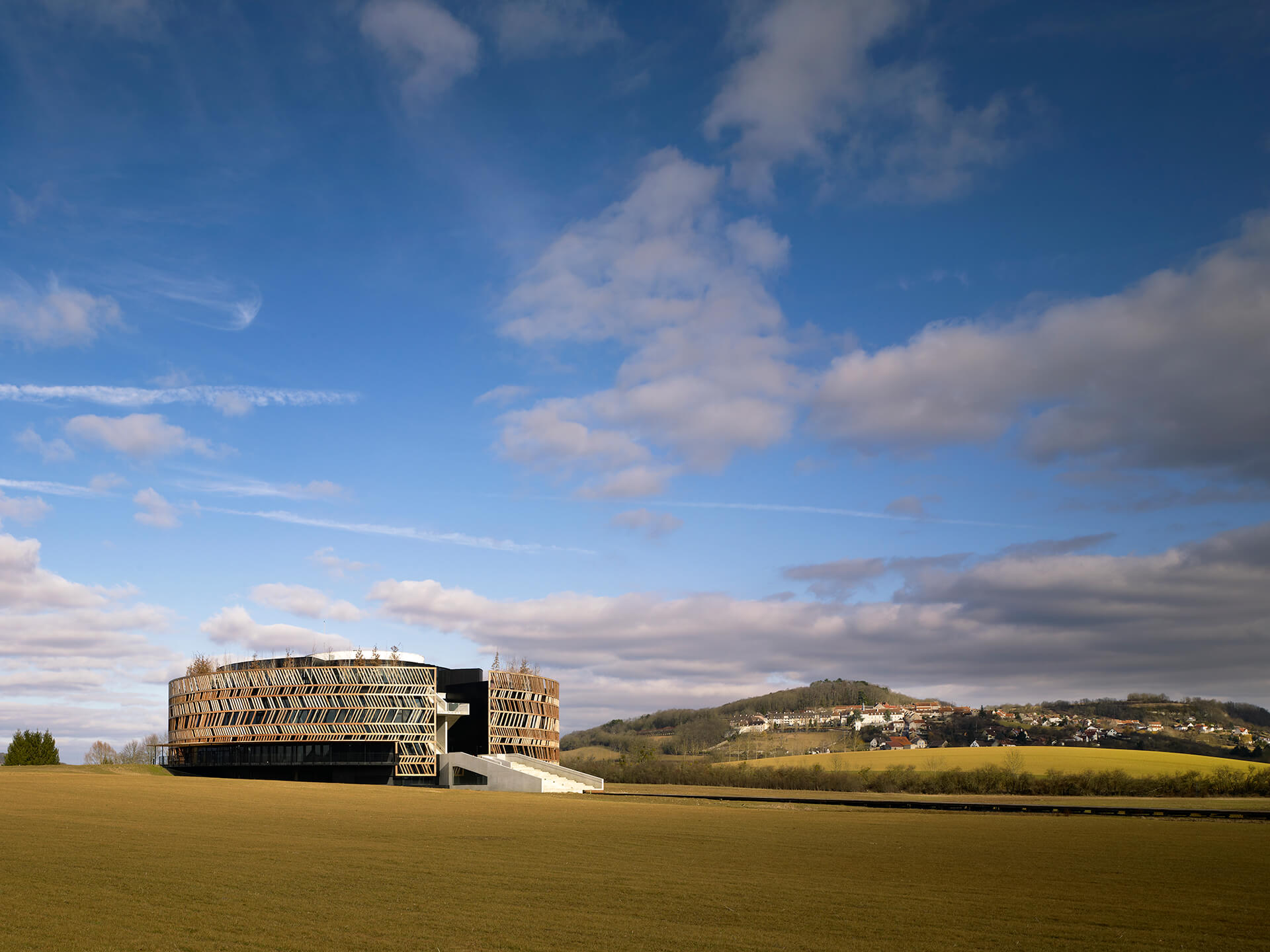 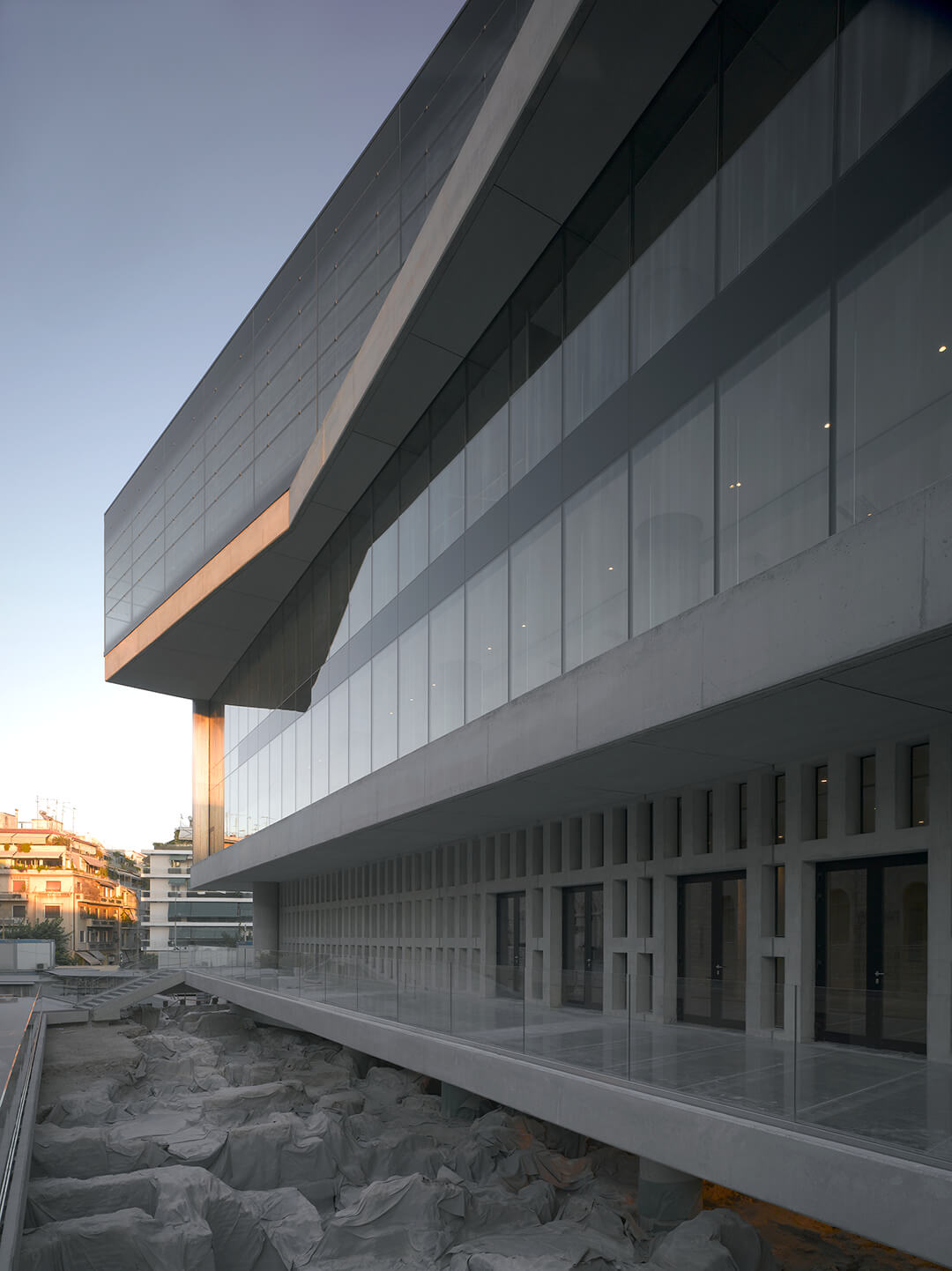 ‘The Manhattan Transcripts represents the five years I spent on a series of drawings in which I tried to interpret reality architecturally. Those drawings were a tool that gave me an understanding of what I was doing and striving for. It was time to move to the next step, and at almost 40 years of age, I decided to enter a number of competitions that were both anonymous and open to all. The building process was not unknown to me. As a child, I had ventured onto building sites where my father was involved as an architect. But winning the very first competition I entered was a total surprise. It changed everything. I won’t call it a miracle, but Parc de la Villette happened at exactly the right moment. I don’t think it could have been done before or after.’

‘It’s true that New York City has gone from erecting second-rate buildings to realizing first-rate architecture. I’d say that until 2001 the city was controlled by a few influential developers and large architecture firms which had been ruling for generations. Breaking into that world seemed impossible. I remember how Richard Rogers tried to build something in Manhattan in the 1980s, but no way – it had to be in New Jersey instead. The discussion about rebuilding downtown after 9/11 showed that the old system couldn’t cope politically or architecturally. For better or worse, everything opened up. Previously, it would have been unthinkable for On The Level, a small group of young developers who had never built a freestanding building and didn’t know much at all about the architecture scene, to be selected to build the Blue Tower in the Lower East Side. They asked me to design it, after Richard Meier and Robert A. M. Stern had turned them down.’

I won’t call it a miracle, but parc de la Villette happened at exactly the right moment

‘We’re living in a strange age. On the one hand, it’s very fluid and loose. At the same time, the digital culture leaves people craving for materiality. Anything you build now is simultaneously a product of digital technology and a material object. Architecture is facing a huge challenge. Social media and new modes of information transmission are drastically changing the way we live and, with it, the city itself. The situation requires a different approach to architecture. Each generation has thought about the city and has proposed certain models.

The fact that ideologies like modernism, postmodernism, and historicism are now dead has opened the door to creativity. Unfortunately, their replacements have been more about form than about content. Since the ’90s, there has been a lack of vision. Architects used to study the history of urbanism, but that’s not taught in schools today. Cities are now thought of in terms of transport, property and economic parameters. As a result, no-one is designing cities any more. Urban design is the random outcome of piecemeal decisions, yet never before has so much been built around the world.’ 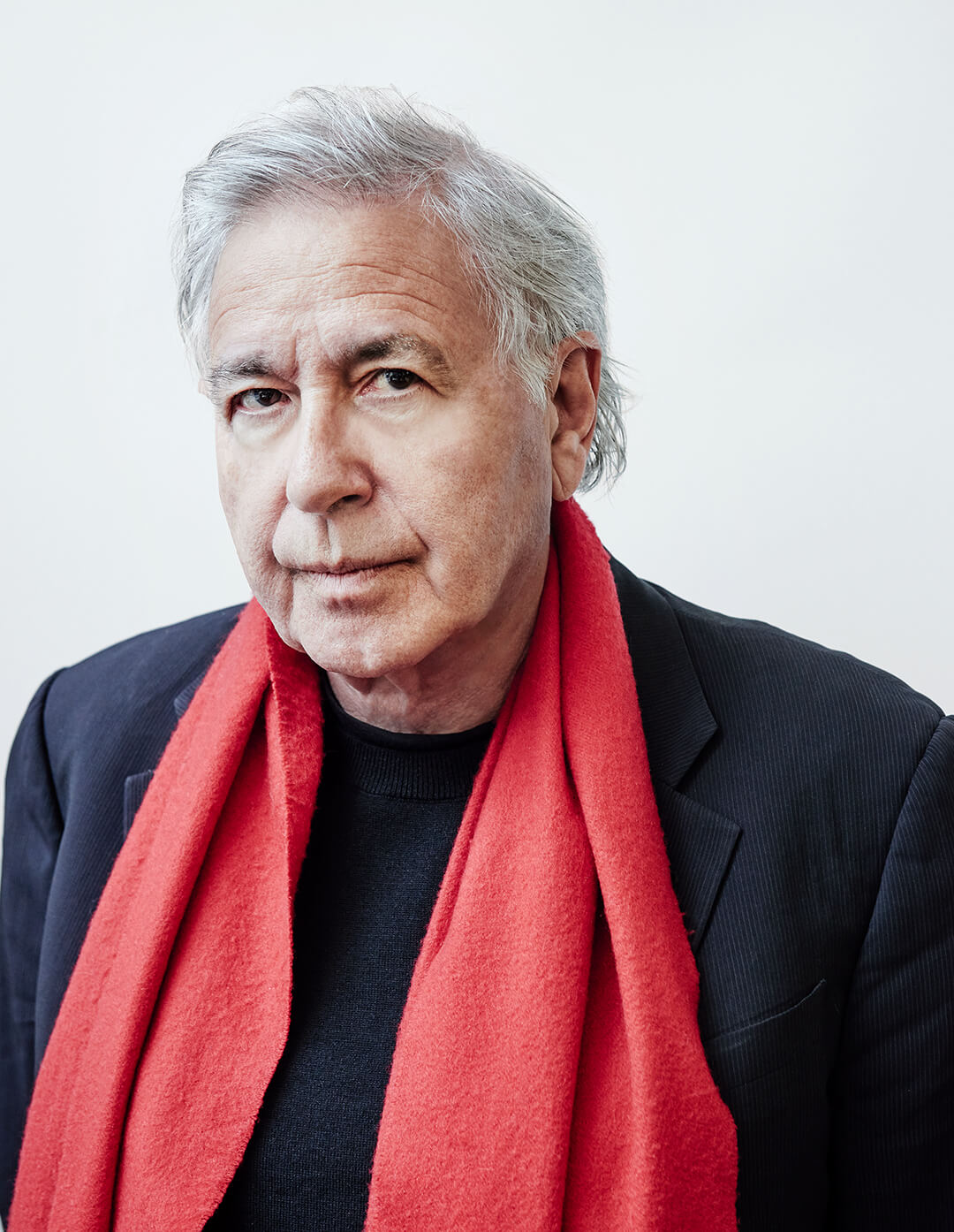 To me, architects were naive, simplistic do-gooders with strange ideologies

‘Our relationship with space has changed completely, because our perception of space has altered. [Russian film director] Sergei Eisenstein claimed in his essay, ‘Montage and Architecture’ [± 1938], that the Greeks of antiquity invented both architecture and cinematic movement. The idea that architecture isn’t static but dynamic is something I worked on during the design of the Acropolis Museum in Athens, where movement through the rooms induces you to experience history. Architecture is a tool for questioning social structures and for exploring the ideas that form those structures. We should not be asked to present solutions but to pose questions.’

‘I did urban projects at the beginning of my career, and now I’m impatient to do them again. Climate change is a topic of discussion in the classes I teach at Columbia University, but I want my students to realize that architects – even those who are responsible citizens – are not going to stop climate change simply through architecture. The question of flooding, however, is certainly an architectural issue. I’ve given my students a problem: what would be the architectural implications if the lower areas of Manhattan were to be flooded by 5 m of water? What would happen if buildings would be sometimes accessible from the land and sometimes from the water? Then I add a twist. The Russian Revolution of 1917 spawned dreams about the future of society. A century later, nobody talks about those dreams any more. How can we access that spirit again today?’