Italian designer Matteo Cibic, based in Milan and Vicenza, founded his studio in 2017. He regularly works in ceramic, and also produces special edition furniture and lighting. A conceptual whimsical weirdness unites his portfolio.

For his Dermapoliesis collection of ceramic and glass works, Cibic envisioned the plants of the future. He imagined a world in the future where plants would make products such as knitwear, plastic, fruit and rubber instead of factories. These ‘organic machines’ would save raw materials having to be shipped around the world. 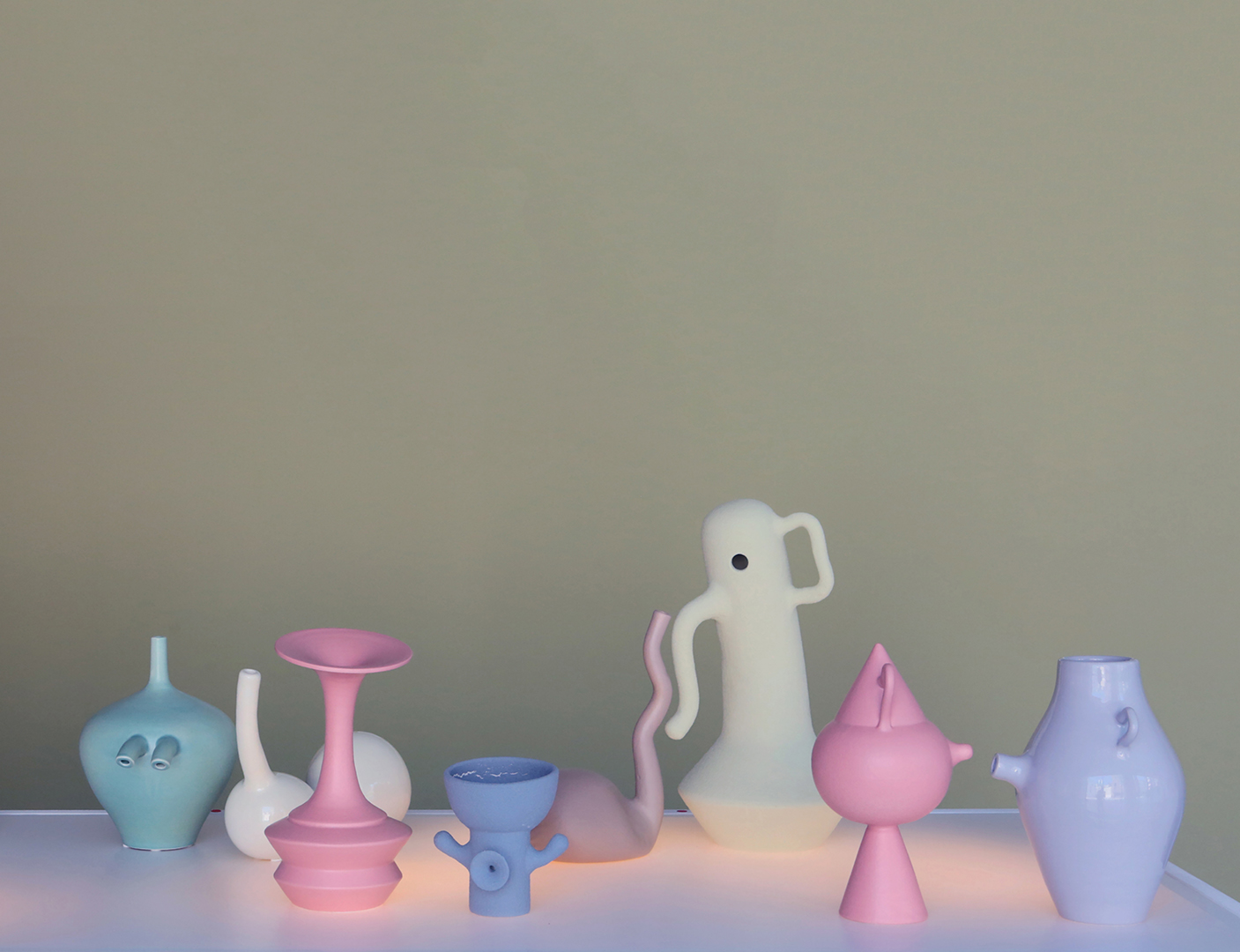 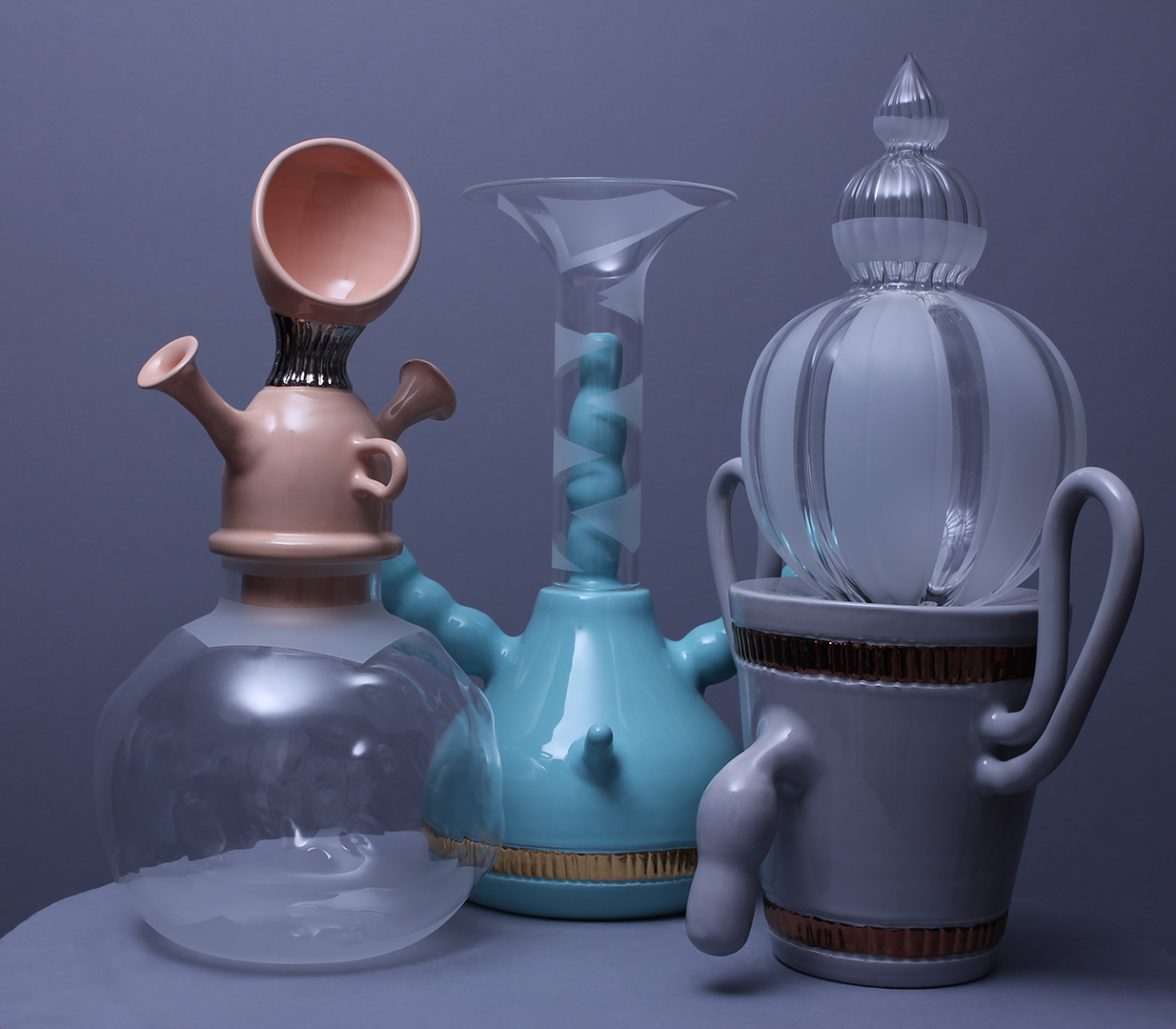 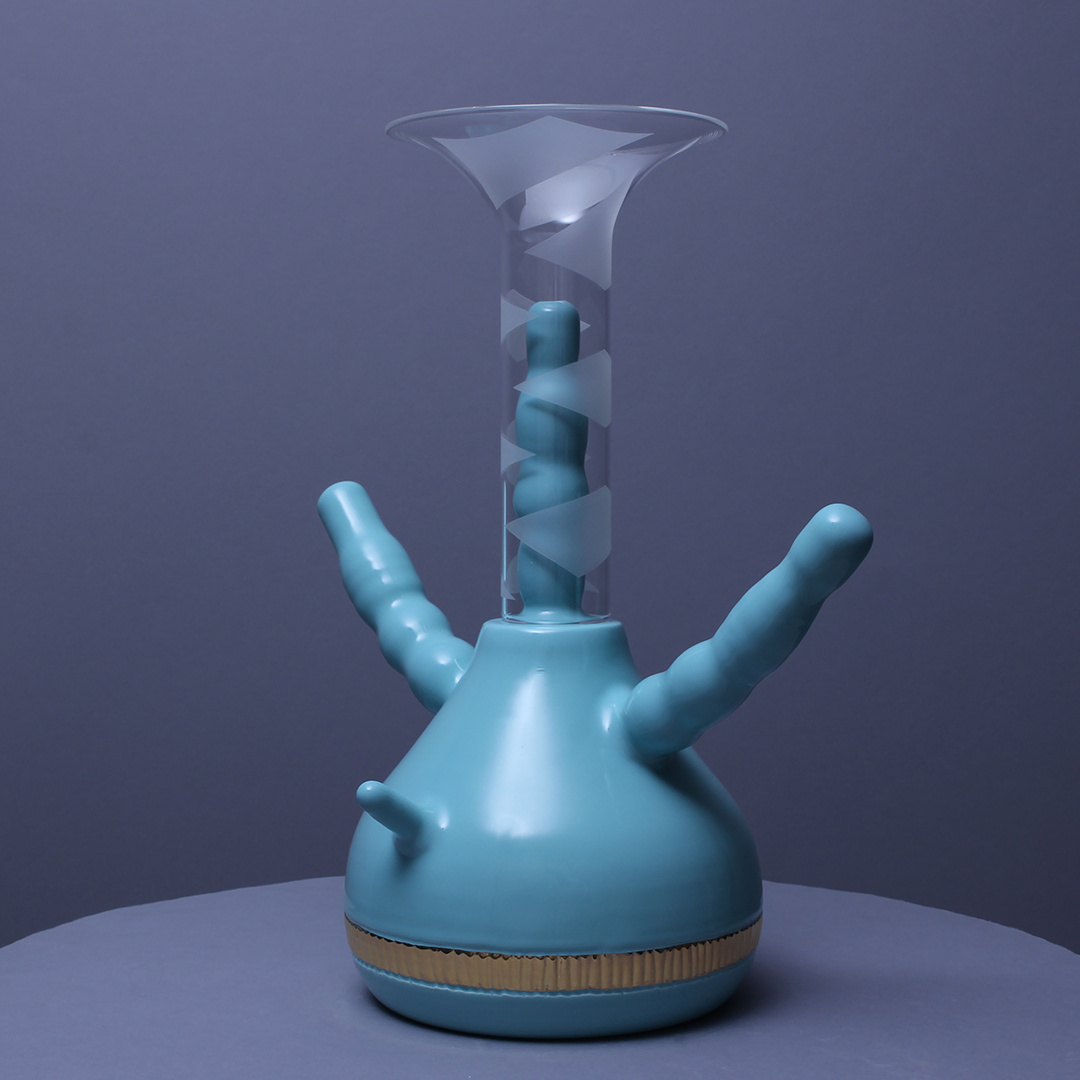 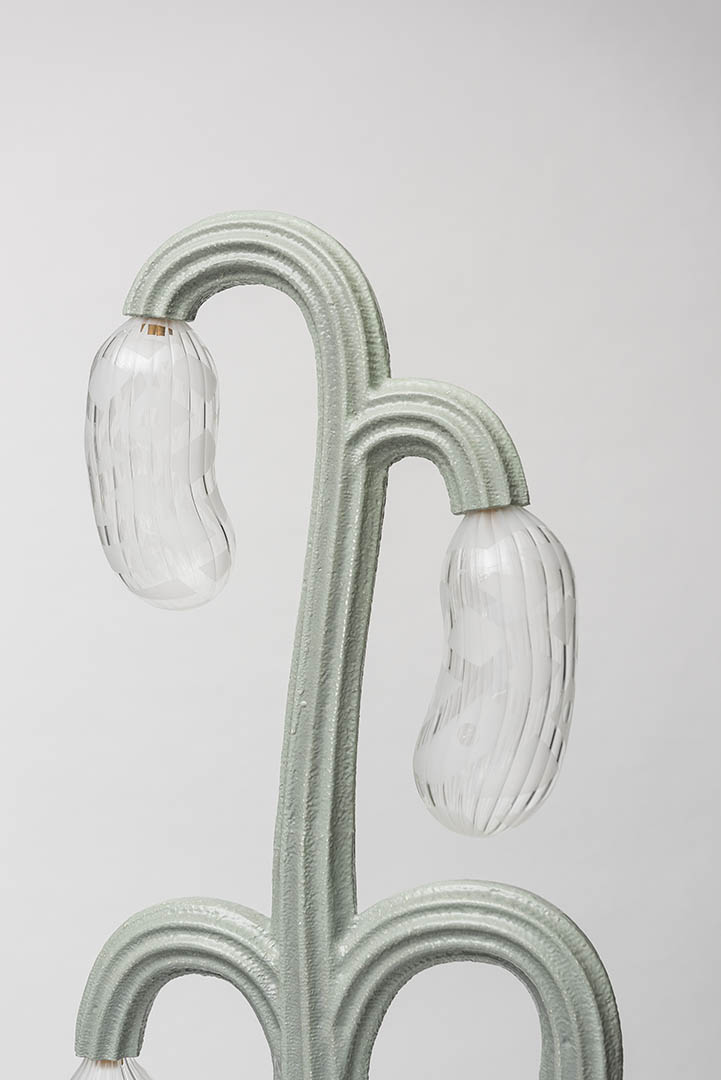 The larger Dermanmallow plants – shaped like lolloping cacti – are supposed to produce gum, tar and oxygen (glass containers at the end of its branches collect its air). Another one – in millennial pink, obviously – sprouts chewing gum. A series of works named Dermatholos are supposed to produce scent. Each of the strange bottom-of-the-sea-creatures have spouts at their bases emitting fragrance and are locked up in glass domes. Dermapolka pieces harvest processed knitwear, fruit and other raw materials such as plastic and rubber. Textiles, fur and rubber join ceramic and glass in this strange world.

Another project, VasoNaso, saw Cibic spend 366 days ‘as a bit of a laugh’ make groups of objects, ‘interpreted as if they were genealogical strains, joined by somatic features, and similar character or colour.’

This piece was originally featured in New Wave Clay. You can purchase a copy here.