Quebec City is known for its picturesque hilltop views, the Chateau Frontenac hotel, and as the replacement of European cities in blockbuster movies such as Catch Me If You Can or X-men: Days of Future Past. This is where the young student collective Les Malcommodes comes in and questions the whole subject of authenticity in the historical urban setting. 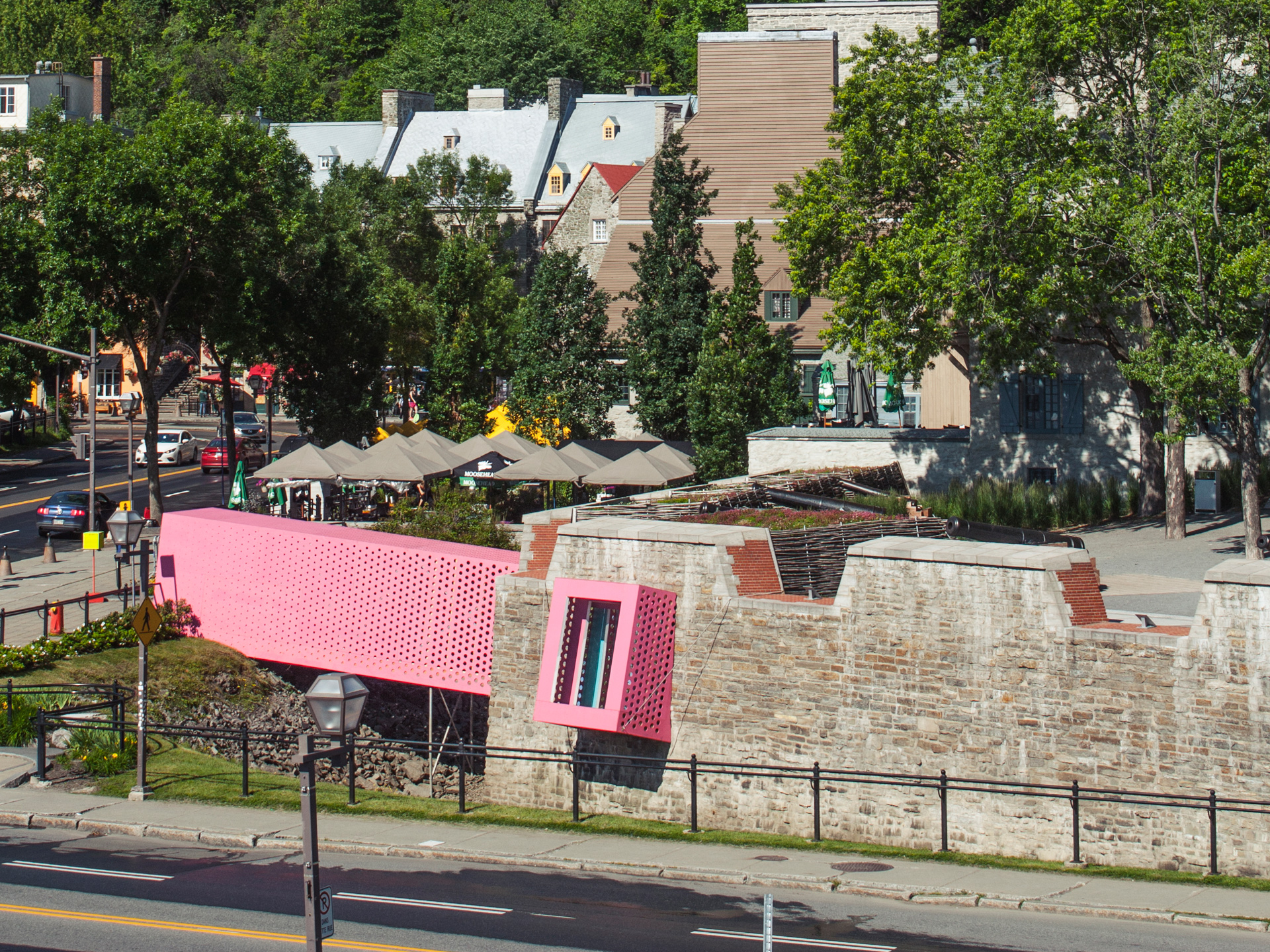 The laureat project from this year’s Unusual Passages competition is a bright pink bridge seemingly piercing through the old military battery of the city. ‘We were trying to create a distinctive element, in contrast to the highly touristic environment it’s questioning,' explain the architects. Obsolete and completely abandoned, the original structure was buried under successive layers of bitumen and dug out finally in the late 70s. 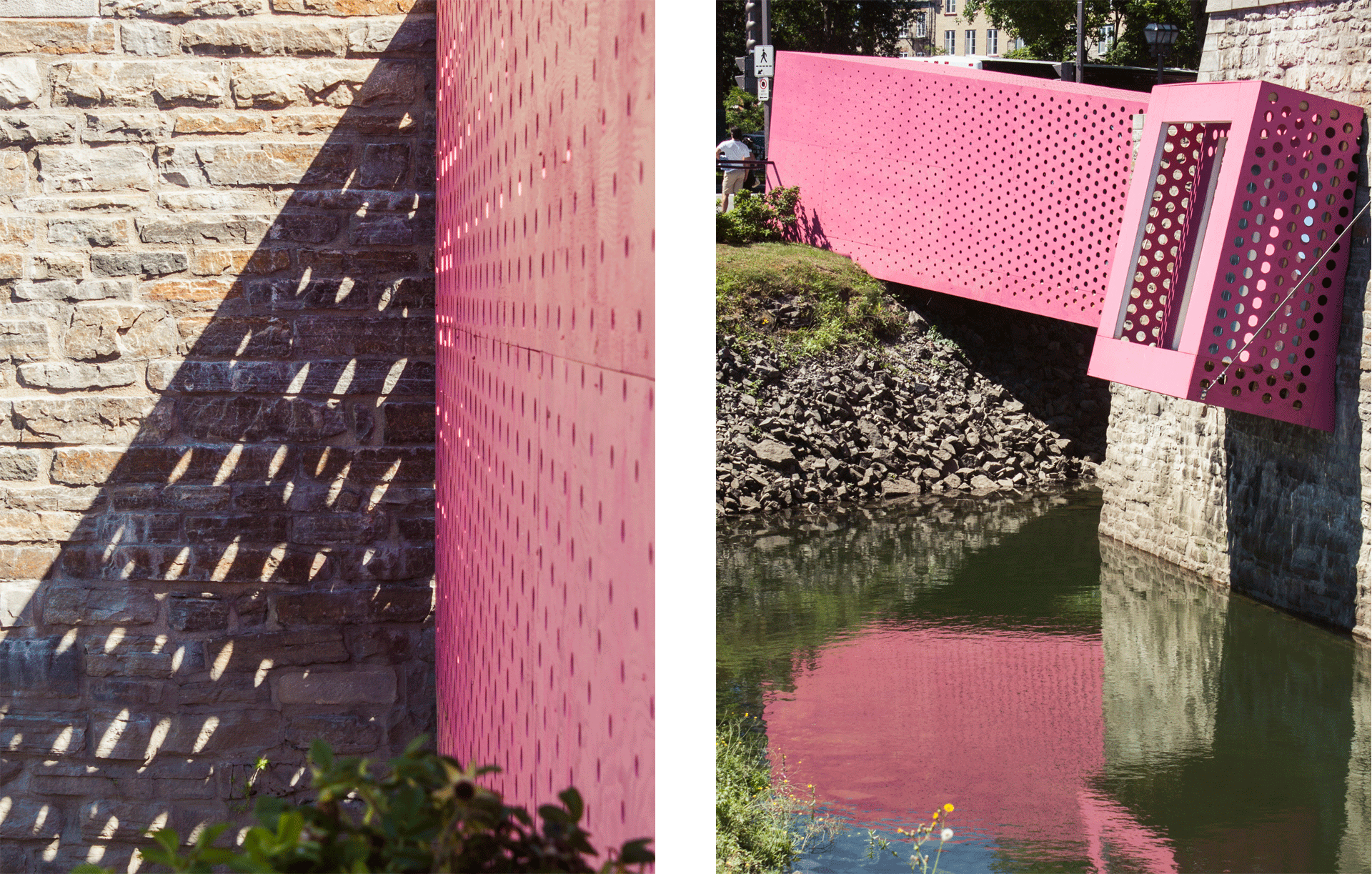 The pavilion looks as though it goes through the fortification around the corner and sticks out mid-air above the moat. ‘We seem to be able to cross this impassable fortification as the angle of the mirror hides our reflexion and shows a different path.’ Roughly ten meters long, the two pieces are attached to the outer layer of the existing structure. The smaller one is hung from the masonry walls, while the other has thin stilts supporting it. 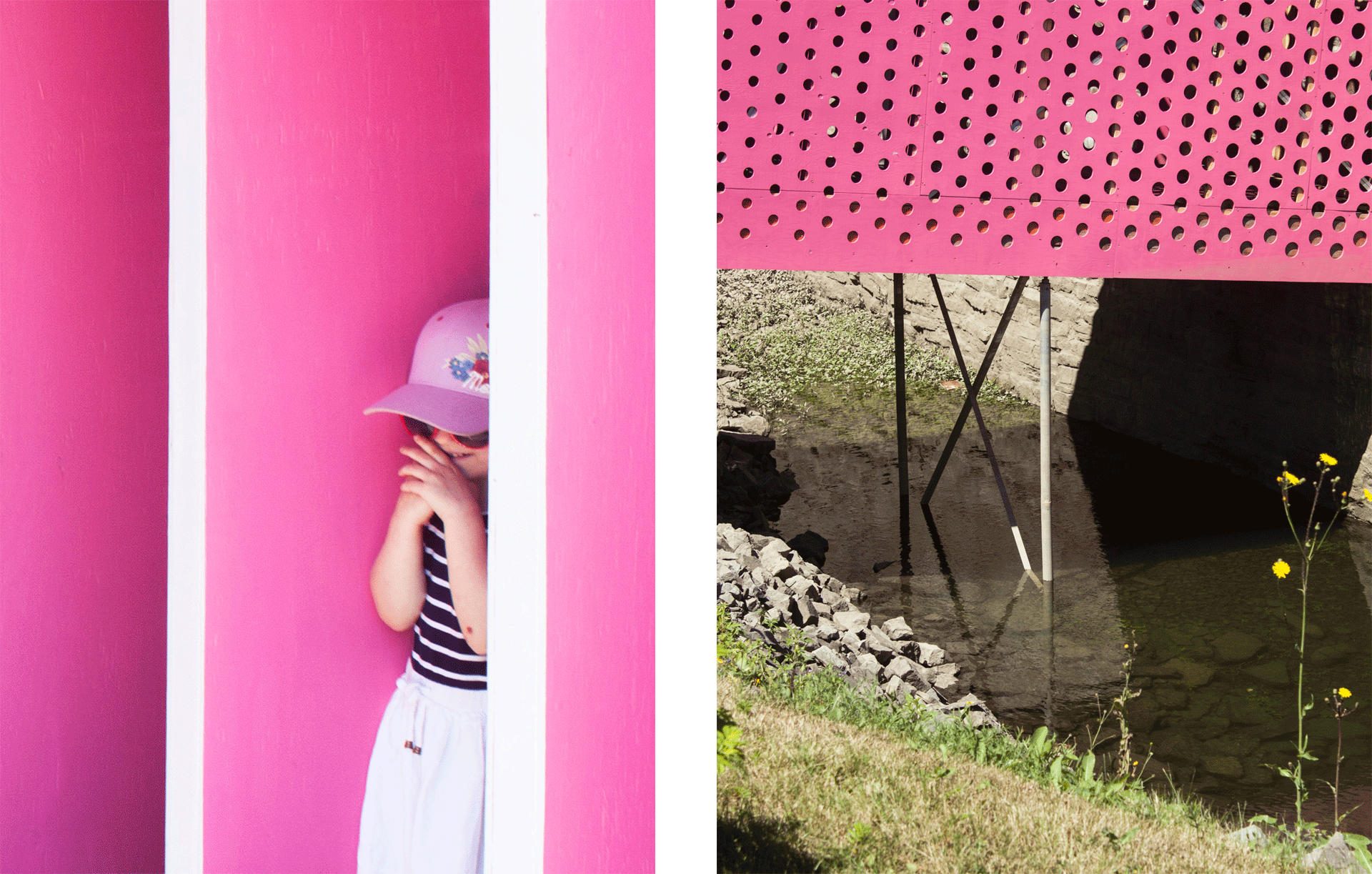 Perforations in the bright pink plywood skin allow for a fun play on light and shadows inside the tunnel. A series of equally bright blue and pink coloured fins align in the interior leading up to an angled mirror, creating an immersive corridor of colour. 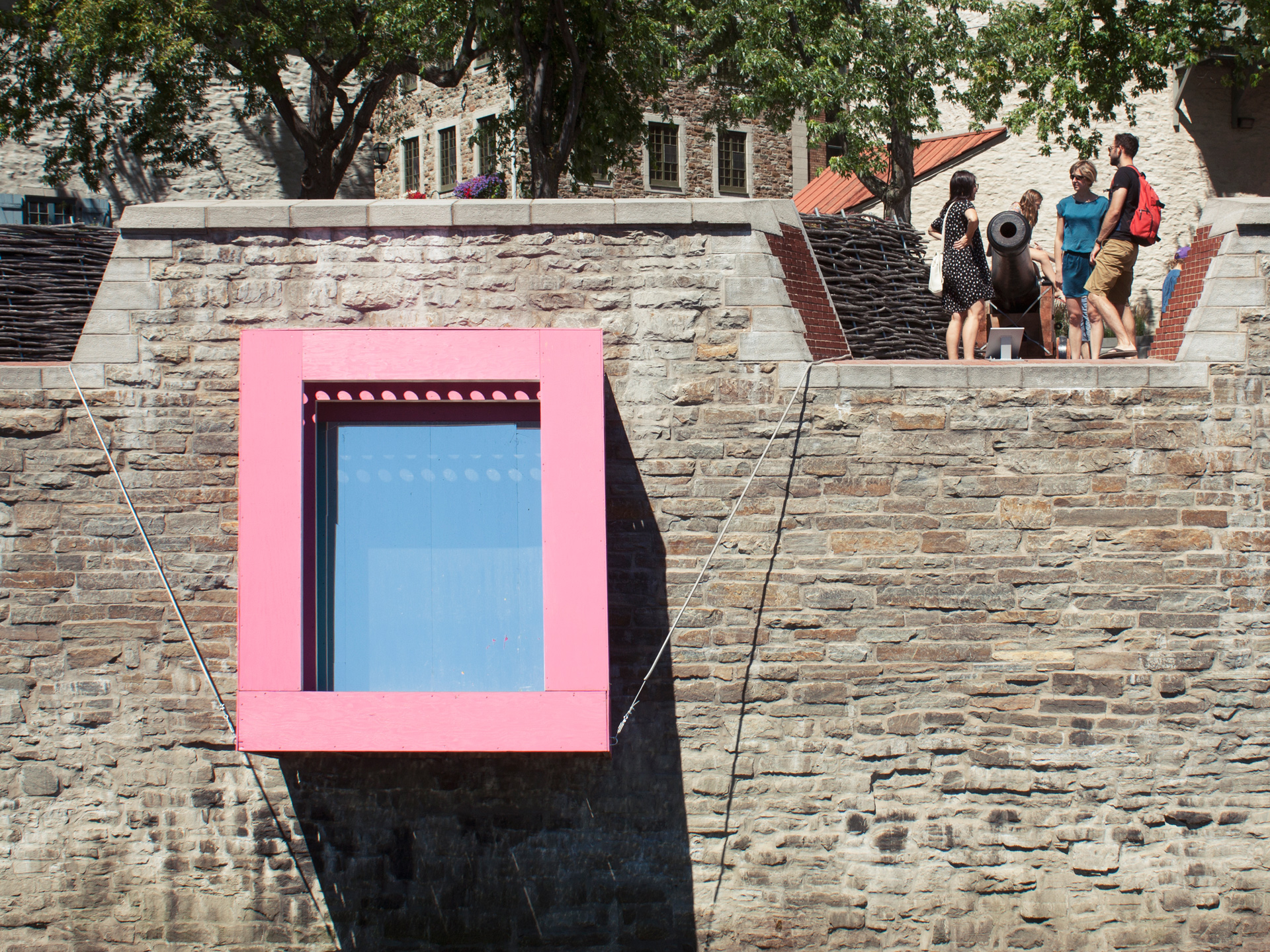 The project – aptly named Impostor – creates an amusing tale of how an impenetrable fortification has become a simple attraction with a pink appendage, a figurative bridge trying to connect to a forgotten heritage.