How COVID-19 could impact workplace design: from open plan to open air

The last few weeks have represented a mass experiment in remote working worldwide. But with COVID-19 infection curves across many countries starting to flatten, talk of reopening office spaces in a bid to kickstart ailing economies is already in the air. Frame Awards 2020 speaker Despina Katsikakis, head of occupier business performance at Cushman & Wakefield, tells us the company had already helped 10,000 organizations and 1,000,000 people back to work in China by the beginning of May. She’s unequivocal that the central office does still have a future. While remote working has proved surprisingly effective for many, client surveys have shown Cushman & Wakefield that a complete lack of face-to-face interaction is something employees struggle with. At the same time, nearly three in four people in the US say that post-COVID-19, they will be somewhat or very concerned about illness spreading in their workplace, according to a report by GP PRO. Resolving this friction will require that office spaces undergo radical adjustments both in how they are operated and what services are provided. In the second of this two-part series on what those adjustments might look like, we discuss how biophilia will take on renewed importance as employees make greater connections between their environment and their health. 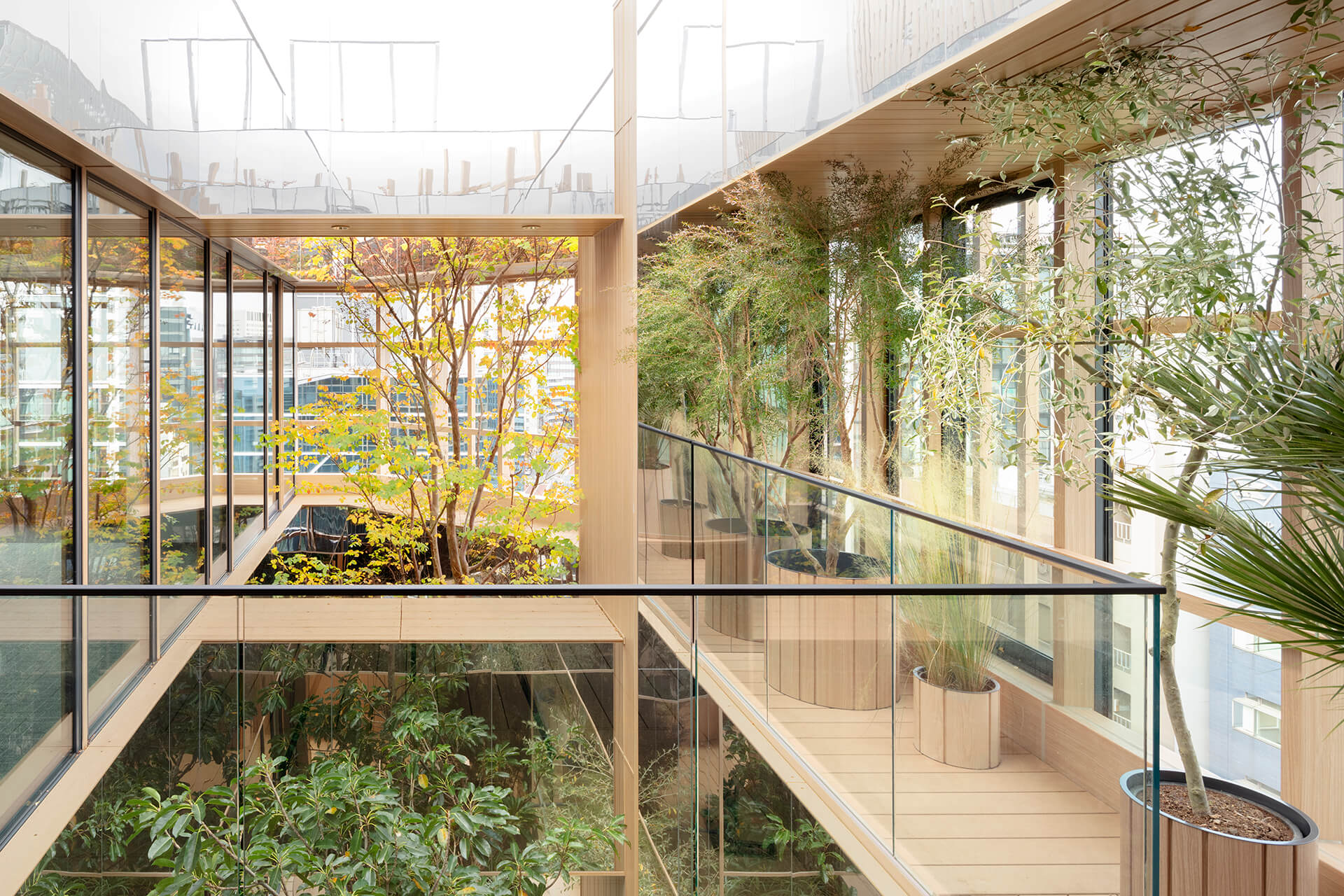 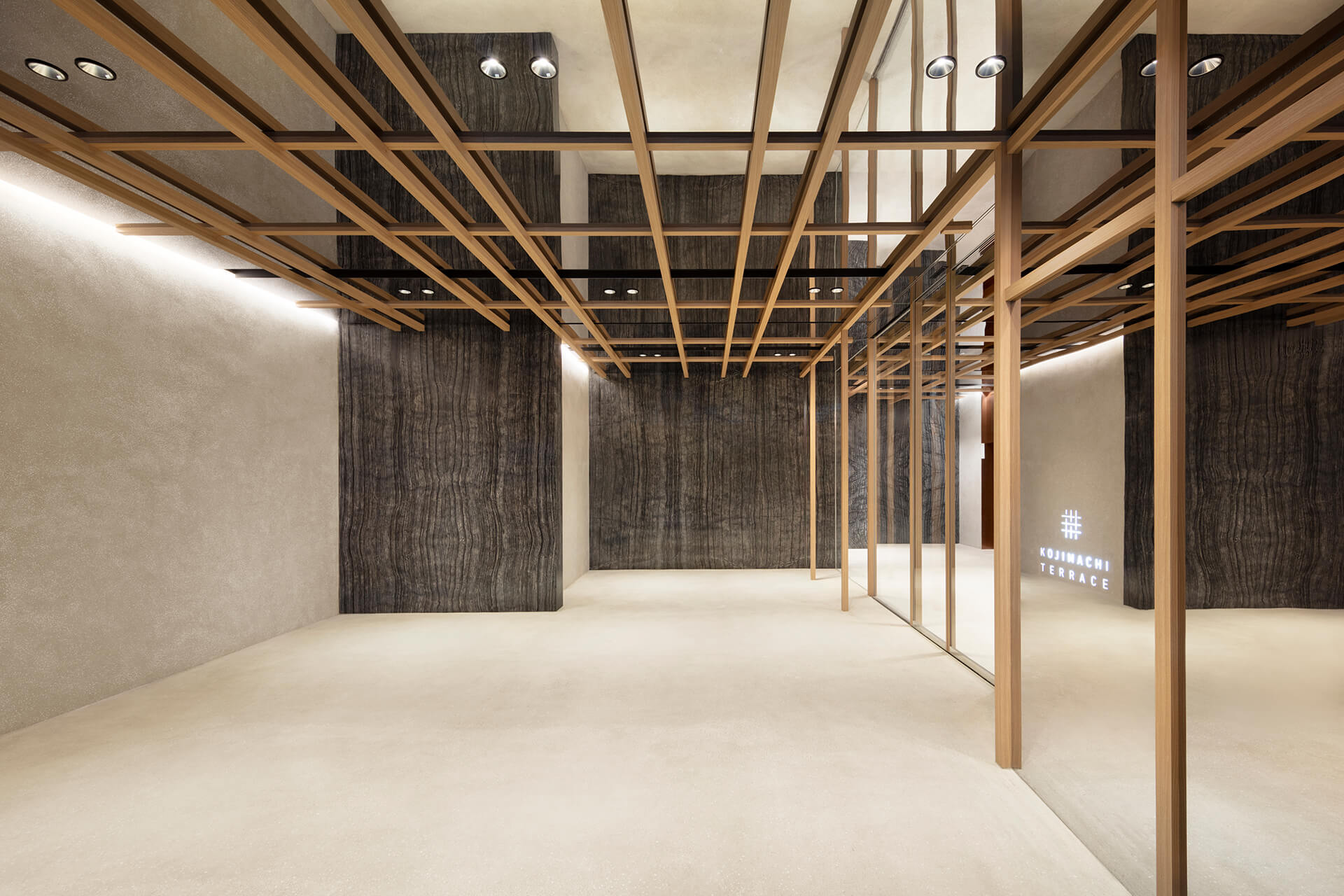 The office was already in a fight for legitimacy pre-pandemic, with a generation of employees asking why bother with the commute and the daily scrum for desk space when technology meant many could work from anywhere? Now such questions will have even greater impetus. But what if offices can go further than guaranteeing to protect health – but rather, actually improve it? ‘We know that buildings have a tremendous impact on our health and wellbeing, and the role of indoor spaces has now become more important than ever,’ says Paul Scialla, founder of Delos and operator, alongside the Mayo Clinic, of the Well Living Lab. The lab has just launched a new study on air filtration in the office space as a response to the pandemic, a factor they believe is now central to reducing transmission within working environments.

The health impactions of poor air has in fact been a focal point for several years. Scientific and media focus on air pollution over the last decade has meant urban populations are hyperaware of the impacts of what they’re breathing in, both in terms of health and performance. Beyond airborne pollutants’ contribution to respiratory and cardiovascular disease, last year a study published in the journal Nature showed their relationship to noticeable declines in cognitive performance. But while outdoor air pollution grabs the headlines, air pollution indoors is often between two and five times greater, according to the US Environmental Protection Agency (EPA). It’s a core contributor to what’s referred to as ‘sick building syndrome’. Remark Group’s 2019 survey Air Quality and Wellbeing at Work revealed that, out of 1,000 UK office workers, 80 per cent believe poor indoor air quality could be having a negative impact on their health, with the same amount reporting it could have a similar effect on their productivity at work. In China – which has some of the lowest air quality standards in the world – companies have been responding with heavy investment in filtration systems. The World Economic Forum indicates that ‘China’s mass adoption of this technology is thought to have assisted its office workers to return to their desks more quickly’.

This renewed focus on air quality won’t only entail taking particles out of the air, but making sure they don’t get there in the first place. Upholstery, carpet and curtains have long been known to contribute to a higher level of dust and allergens, while furniture is subject to ‘off-gassings’ of harmful chemicals, such as benzene, ethylene glycol and formaldehyde. An abundance of soft furnishings and synthetic materials may therefore start playing less of a role in the office landscapes, while naturally derived products become more prominent. A case in point is Benchmark’s 2019 Sage Collection, a new line of office furniture designed by David Rockwell that is WELL certified and features materials such as cork, felt and wool fabric.

Taking steps in this direction will be increasingly crucial to attracting and retaining talent. As Joseph Allen and John Macomber, authors of Healthy Buildings: How Indoor Spaces Drive Performance and Productivity, write in a recent Harvard Business Review article: ‘as much as buildings can spread disease, if operated smartly, they can also help us fight against it…A healthy building will go from a “nice to have” to a competitive, “must have”.’ 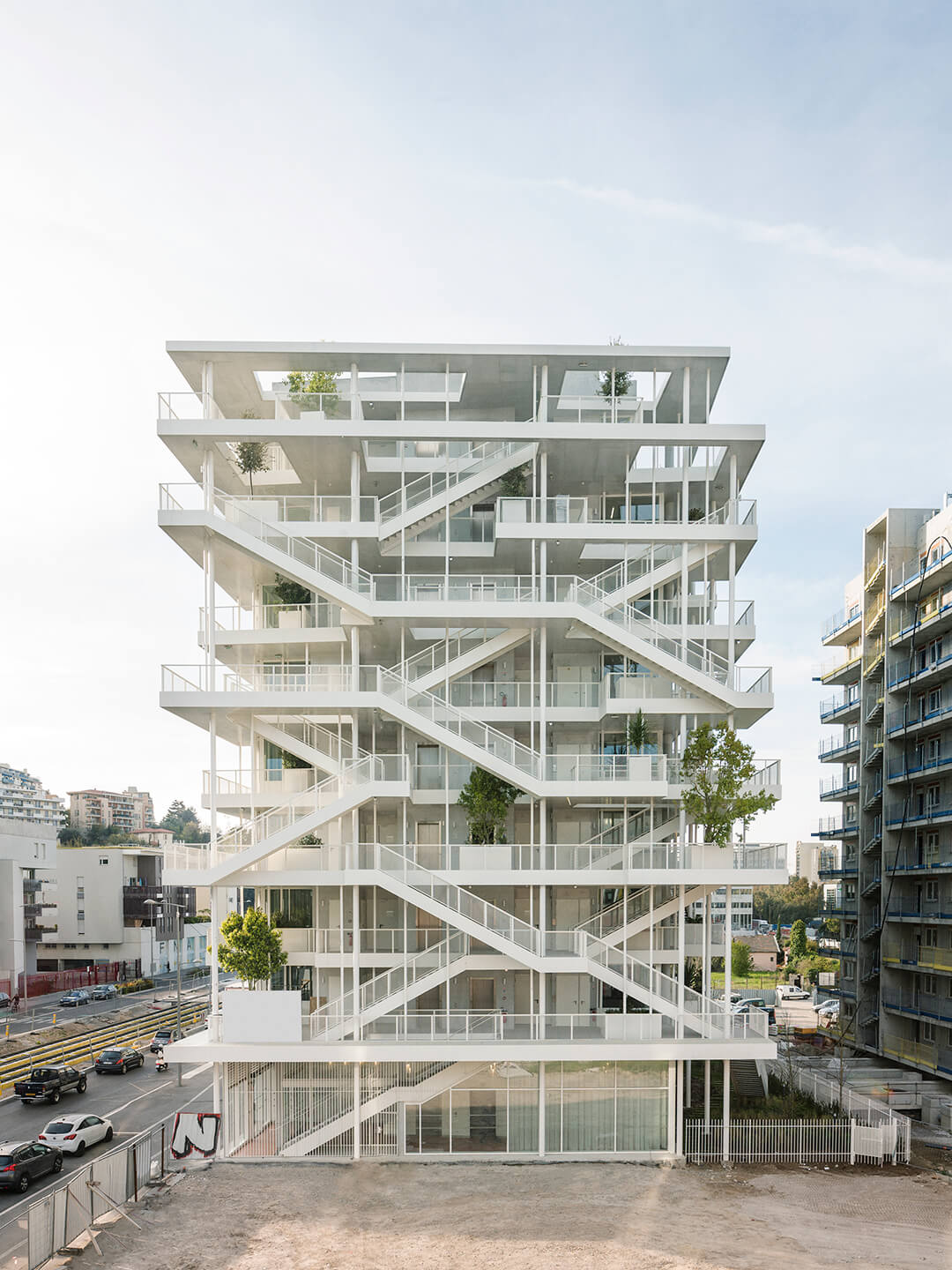 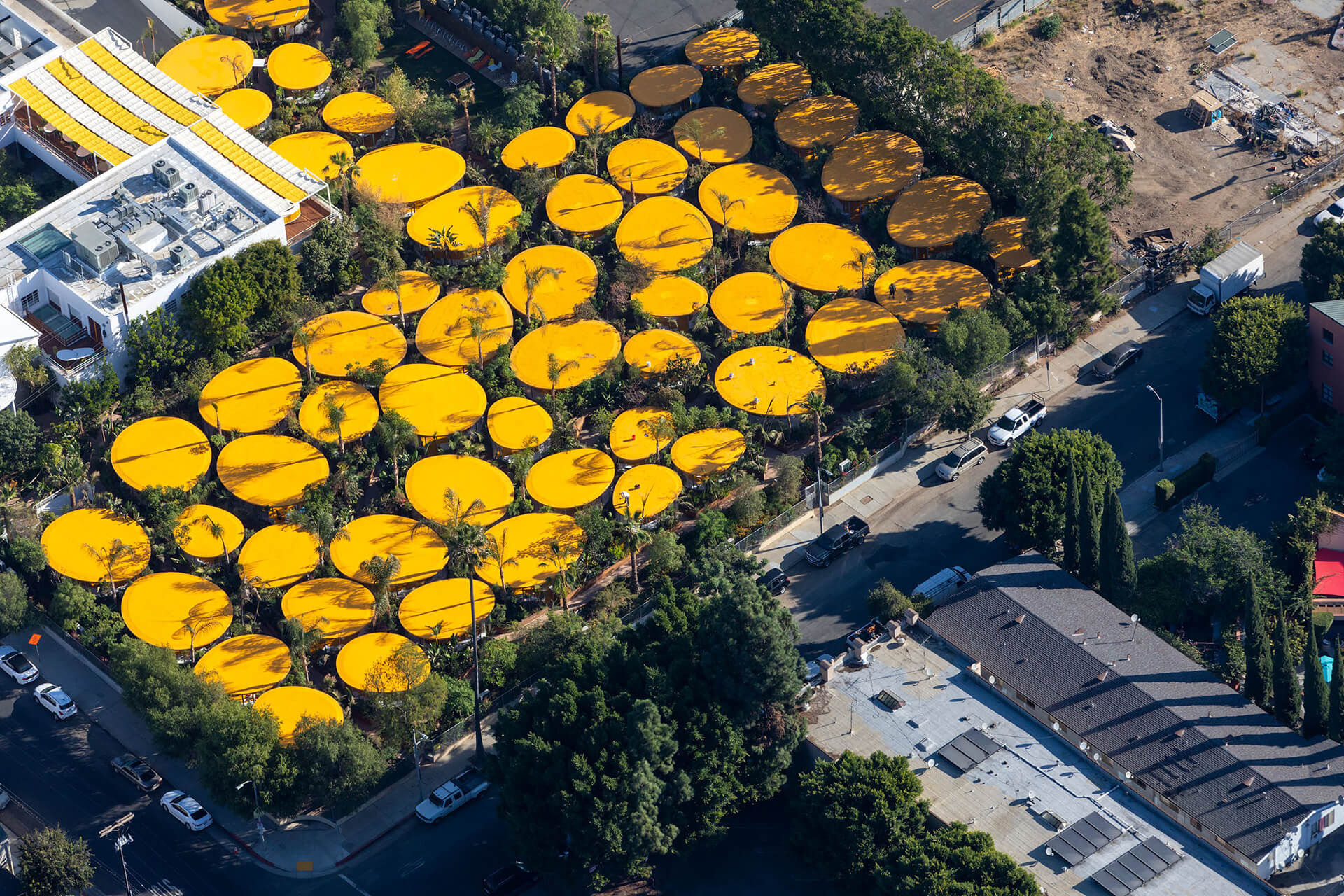 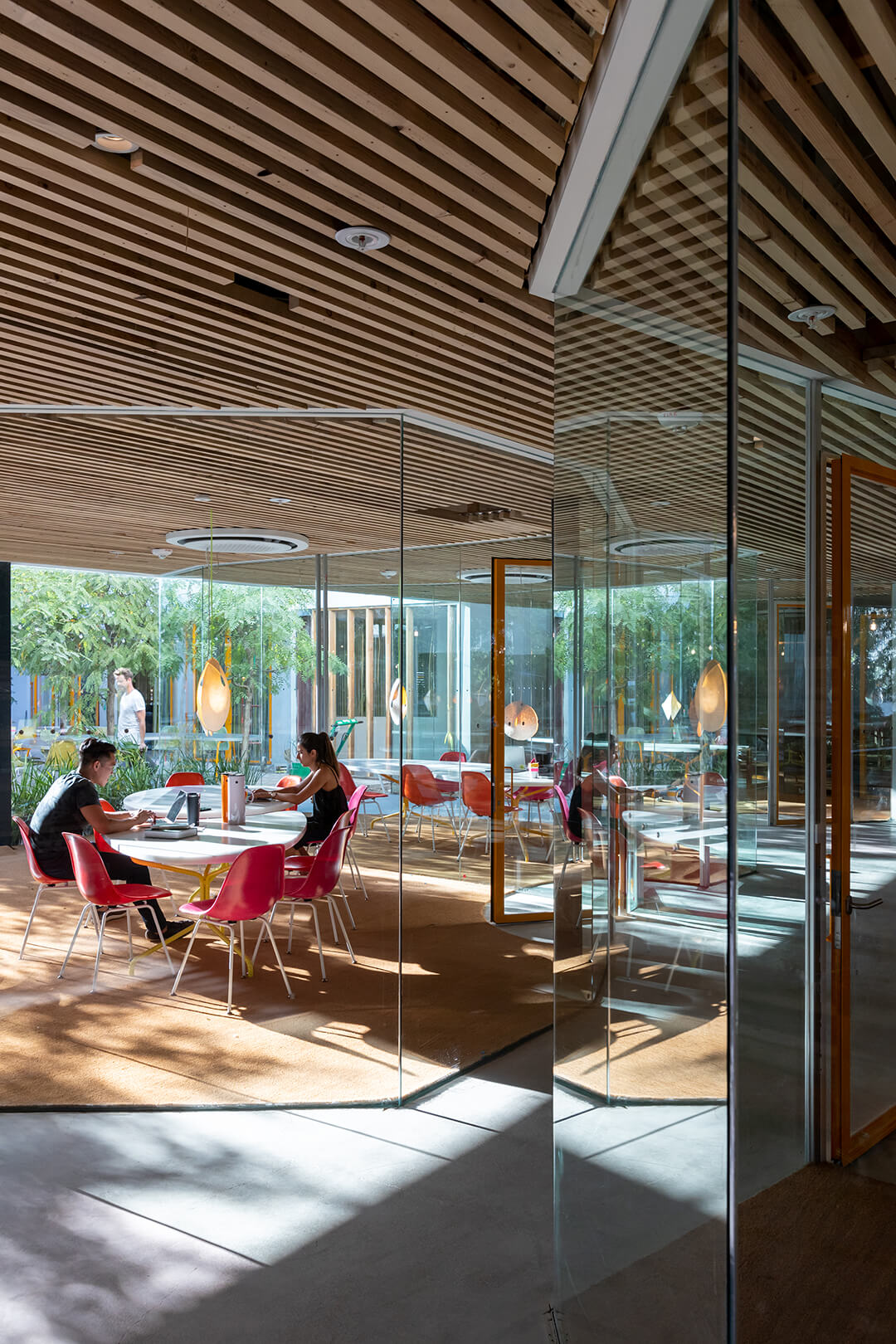 ALWAYS OUT OF OFFICE

There is an alternative to air filtration, however, especially in cities where lockdown has eradicated traffic fumes (something many mayors are keen to maintain). One low-tech solution suggested for the future office by Darren Comber, chief executive of Scott Brownrigg, is ‘more openable windows’ that allow buildings to refresh, rather than simply recycle, air. A recent spate of offices have already taken this idea of an outward-opening workplace to its logical conclusion, softening the barrier between interior and exterior.

This shift is not just about access to clean air, but nature itself, and can be seen as the next phase in workplace design’s embrace of biophilic principals. As Macomber and Allen point out, investing in biophilic design makes a lot of sense post-pandemic. ‘The amount of indoor nature and views matter…young adults in an office designed following biophilic design principles had lower blood pressure, lower heart rates, and better performance on short-term memory tests.’ Significantly, given the current crisis, it has also been shown to boost immune system performance.

However biophilic office design has long centred on the creation of isolated interior oases; relying on the attitude that the addition of nominal interior planting will suffice. But architects are now starting to add more nuance to the way they think about the symbiosis between nature and the built environment, developing projects that immerse buildings and their occupants in the biological world, rather than the other way around.

Nendo’s Kojimachi Terrace for the Yokohama Ekimae Building does this through a series of integrated terraces that function as ventilation hubs and outdoor workspaces. ‘The external elements were taken into account to allow for a more physical experience of the outdoors, like witnessing the changing weather and yearly seasons,’ states Nendo founder Oki Sato. Nicolas Laisné Architectes and Dimitri Rousse’s ‘bio-climatic’ Anis office in Nice plays a similar trick, but goes further by placing all circulation space on the façade, along with open-air meeting and working spaces studded with plants. Second Home’s Hollywood location uses the same model but on a horizontal plane. Formed from a series of 60 ‘garden offices’, all circulation space is effectively outdoors, enhanced with 6,500 native plants, including 400 trees, making each transparent pod feel like it’s lost in its own wilderness. Indeed the project is apparently the densest piece of urban forestry in Los Angeles.

In an era where most city dwellers have limited access to outdoor space, the best trick to getting staff to still visit the office might just be to also create such avenues for escape.

To stay up-to-date on how the design industry is combatting the COVID-19 crisis, sign up for our newsletter here.