Acne Studios goes back to basics with its monumental Stockholm headquarters

Celebrating 20 years of business is reason for any team to reflect on the values that have gotten them there. As Acne Studios neared that milestone and prepared for the opening of its new Stockholm headquarters, creative director Jonny Johansson returned to the acronymic name the brand was born with: Ambition to Create Novel Expressions. The headquarters – a collaboration between the Swedish fashion brand and Johannes Norlander Arkitekur – appropriately embodies that starting ambition, nothing short of ten floors of novel expression.

Johansson and his team sought a space to embody their idea of a ‘design utopia,’ one to ‘actively encourage creativity within its walls’ and evoke the innovative atmosphere of fashion schools. The chosen building’s first life, Floragatan 13, was as Stockholm’s Embassy of the Czechoslovakia – then, after the sovereign state’s 1993 dissolution, it served as the Czech Republic’s until 1998. Completed by late architect Jan Bočan in 1972, the building is an archetypal example of 1970s brutalist architecture and, while completely restoring it, the architects were careful to preserve as much of its original character as possible. 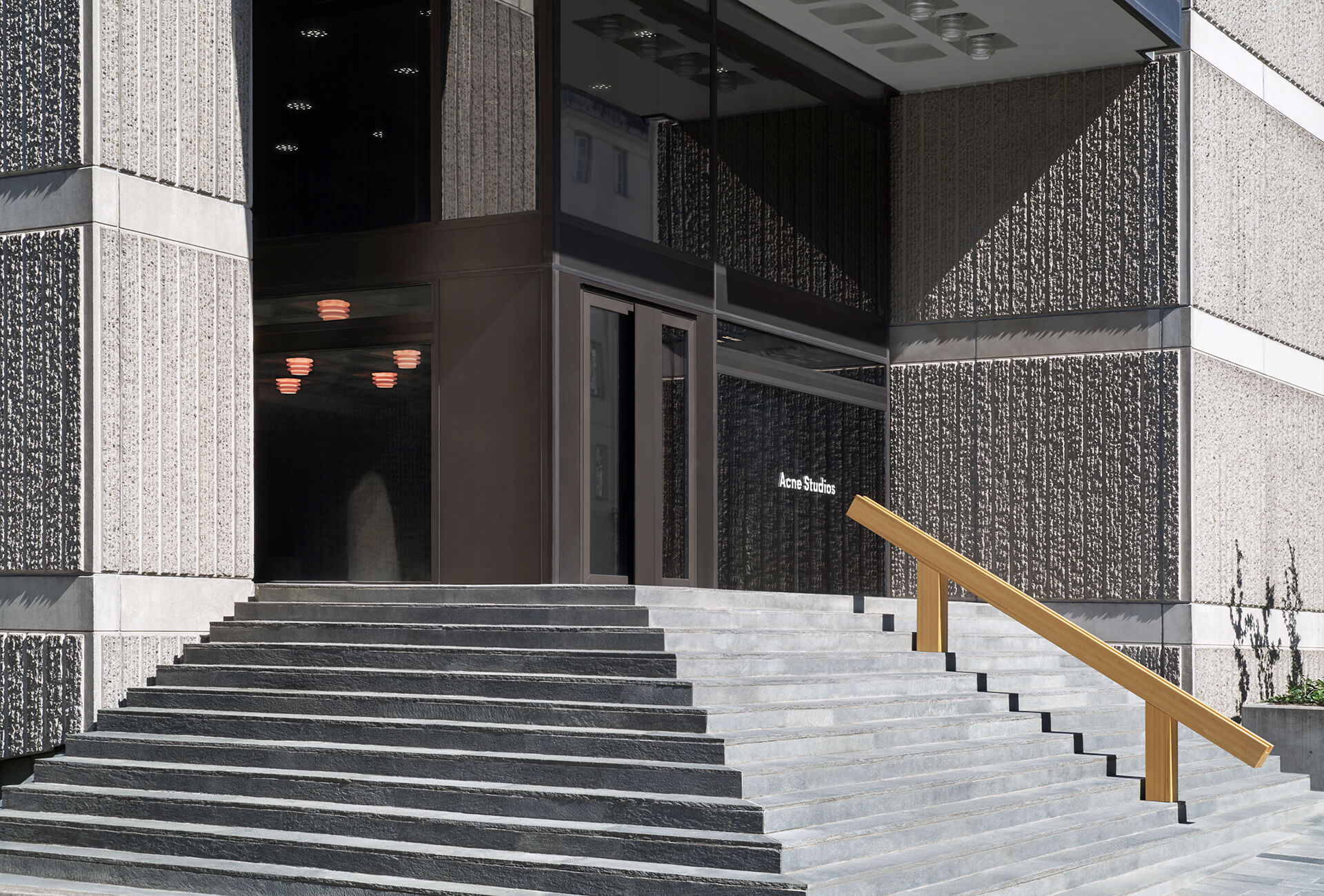 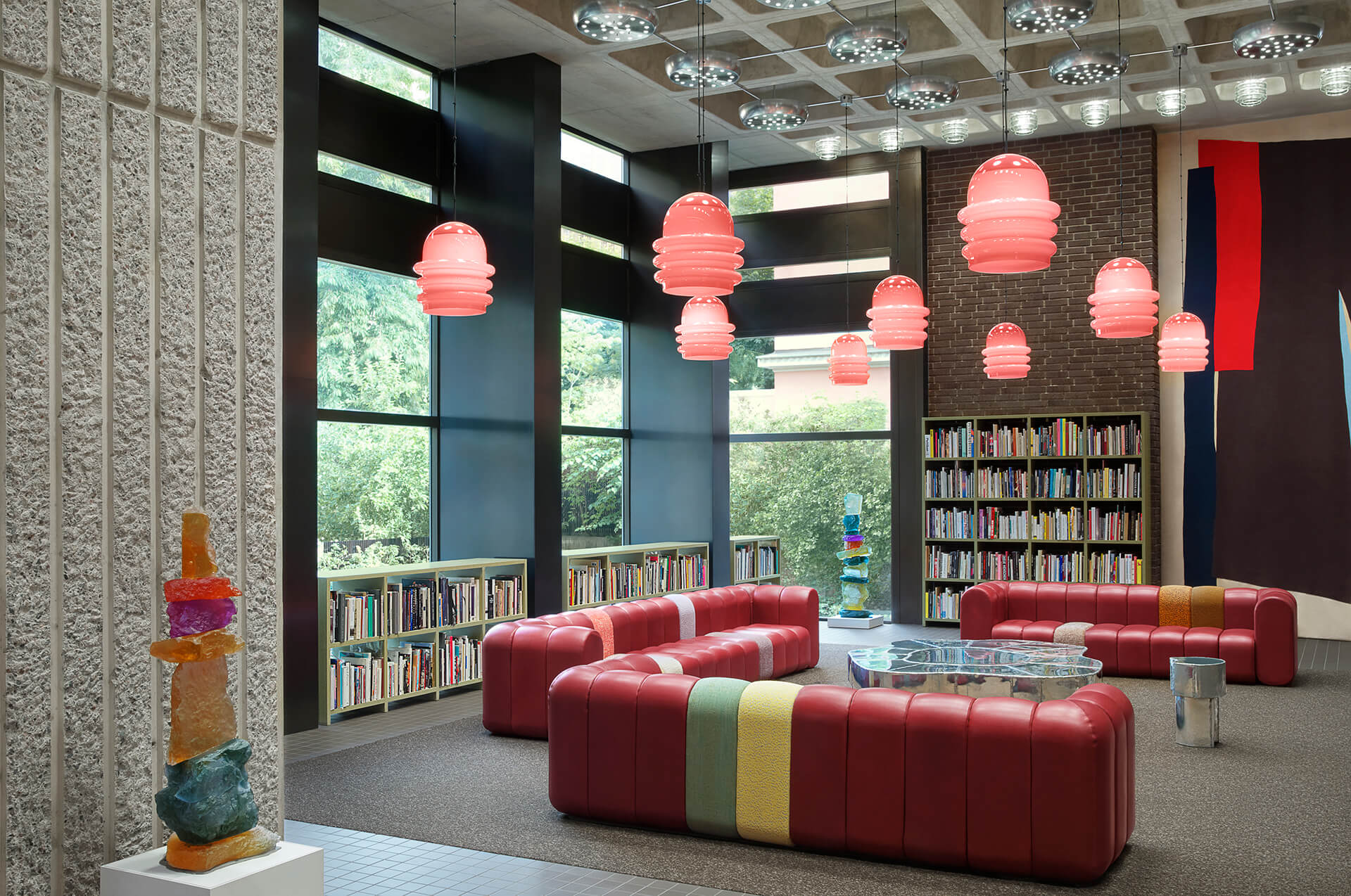 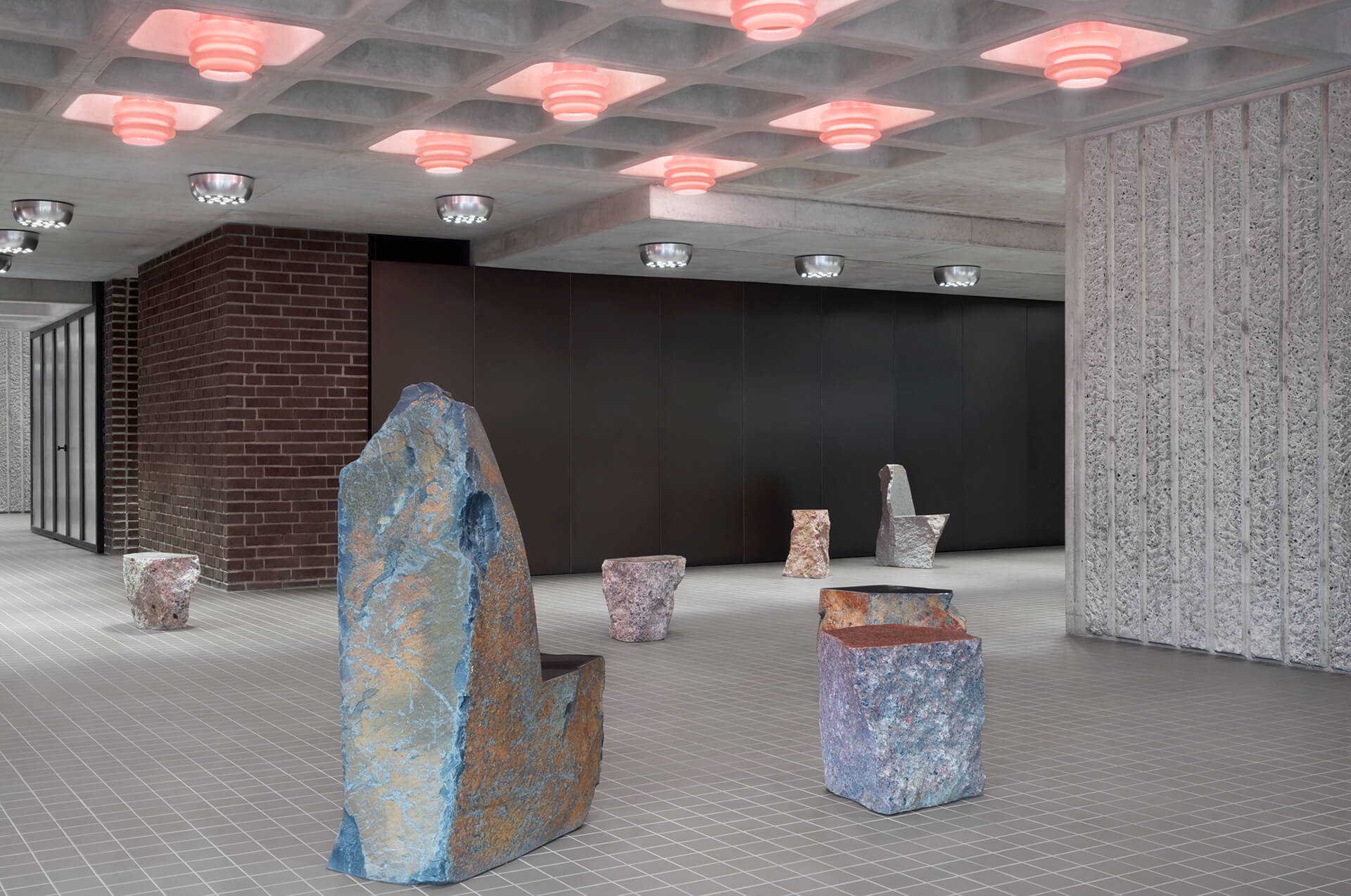 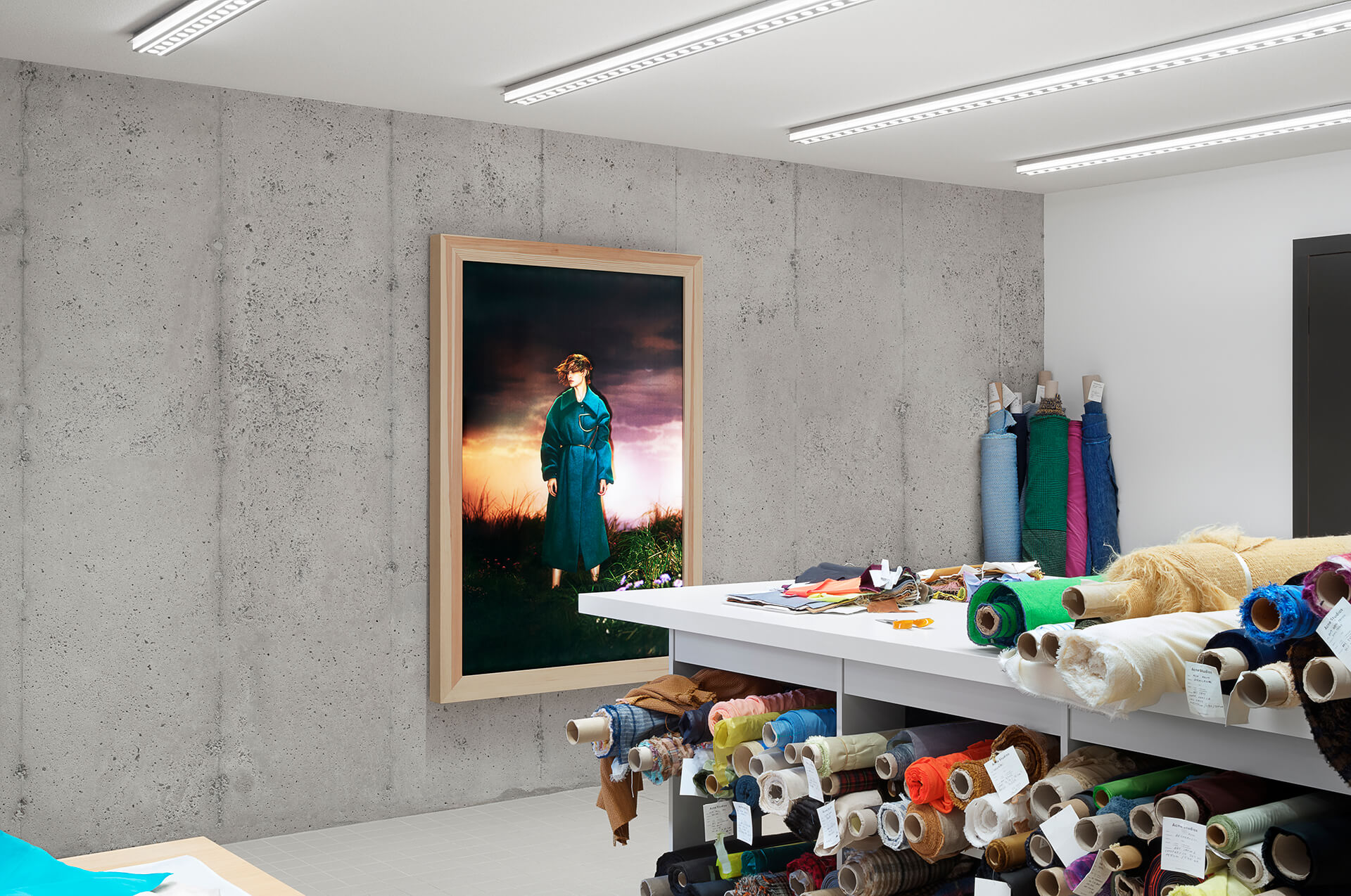 Post-completion, the team concurs that the headquarters indeed serves as a great source of inspiration. Social spaces are an integral part of the layout: the canteen is in the embassy’s former cinema, staff – no matter their role – are encouraged to spend time in the ground floor library and members of the public are welcomed to enjoy an outdoor seating area. At the core of the building are four floors dedicated to design and production – the design studio, fabric store, atelier and fitting room. Johansson’s office is on the sixth floor, where the former ambassador once lived and the boardroom in particular, with a sunken seating area and its own fireplace, recalls the building’s original use. As a symbolic marriage between fashion design and Bočan’s architectural vision, Acne Studios pieces are displayed in the lobby as if in an art installation.

I wanted the arteries of fashion to flow, with a building that captures the feeling of constant progress

The creativity of other artists and designers is also well-expressed in the headquarters. Max Lamb developed a variety of custom furniture and decorative elements for the interiors, such as carved-stone seating for the lobby, a metallic table for the library, vibrant rugs and a roundtable for the boardroom – an ode to the Vikings. A vast series of abstract collages – made by Daniel Silver using Acne Studio's surplus fabrics – represent the utility of each space. And the interiors are illuminated with pieces by long-time collaborator Benoit Lalloz, in the brand's quintessential pink hue.

When he thinks of the end result, Johansson explains that he feels a sense of pride about the team effort that went into creating it. ‘When we started looking for a new building, I made a sketch of the way fashion design works,’ he says. ‘I wanted the arteries of fashion to flow, with a building that captures the feeling of constant progress, of an experimental place. Acne Studios is always evolving, and I want this space to evolve with us. We will continue to add details in the month and years ahead. I believe design is alive, whether it’s fashion or interiors.’