Wait: When did gym equipment stores become so… sexy? According to Sò Studio, the team in charge of the new Peu à Peu retail space in Hangzhou, the brief it received from client JNBY featured the following terms: Bundle extrusion. Stretch release. Strong plasticity. Elastic force. Array and sense of order in machinery.

How they took that list and turned it into a sensually alluring, Jeff Koons-inspired space is nothing short of amazing. 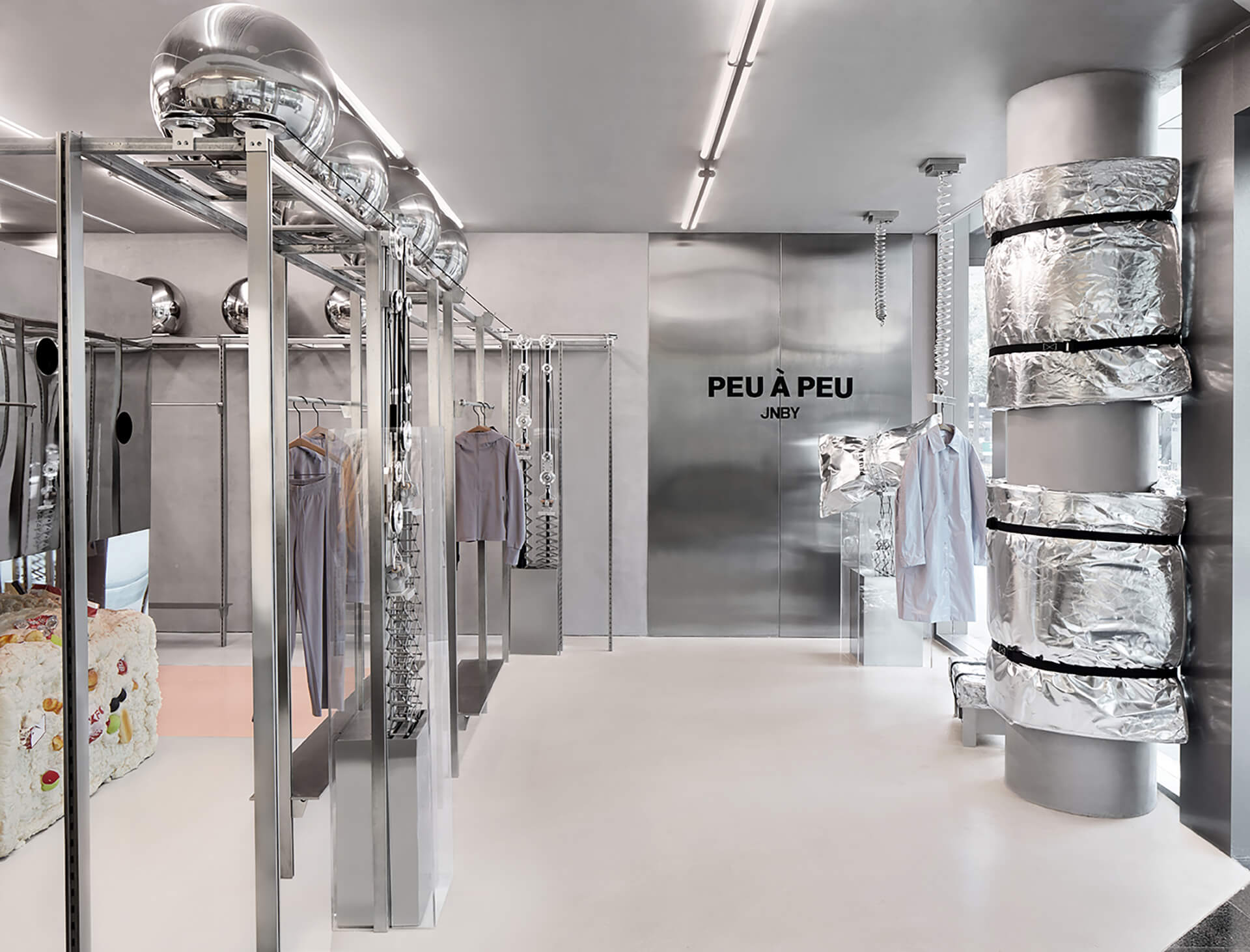 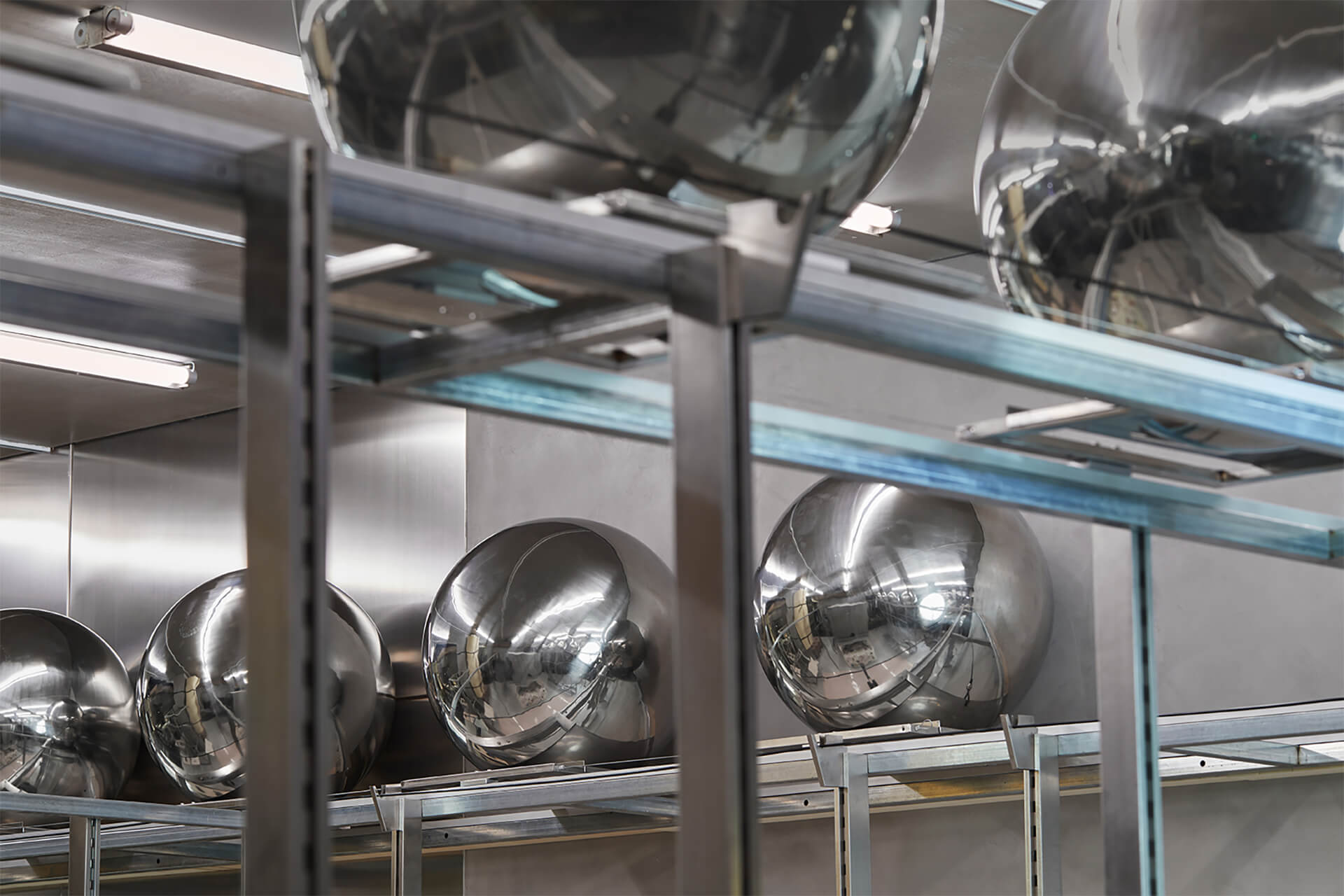 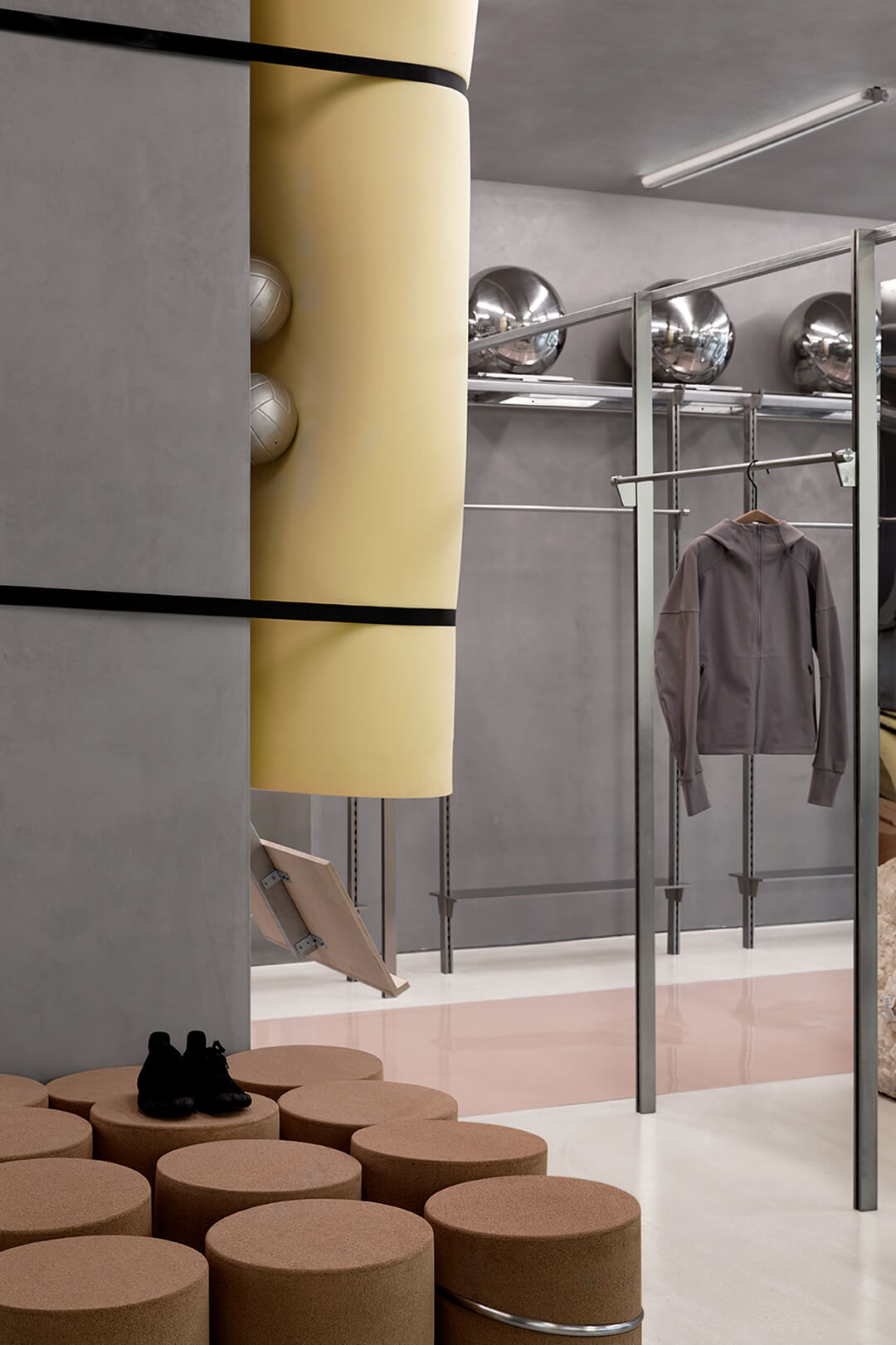 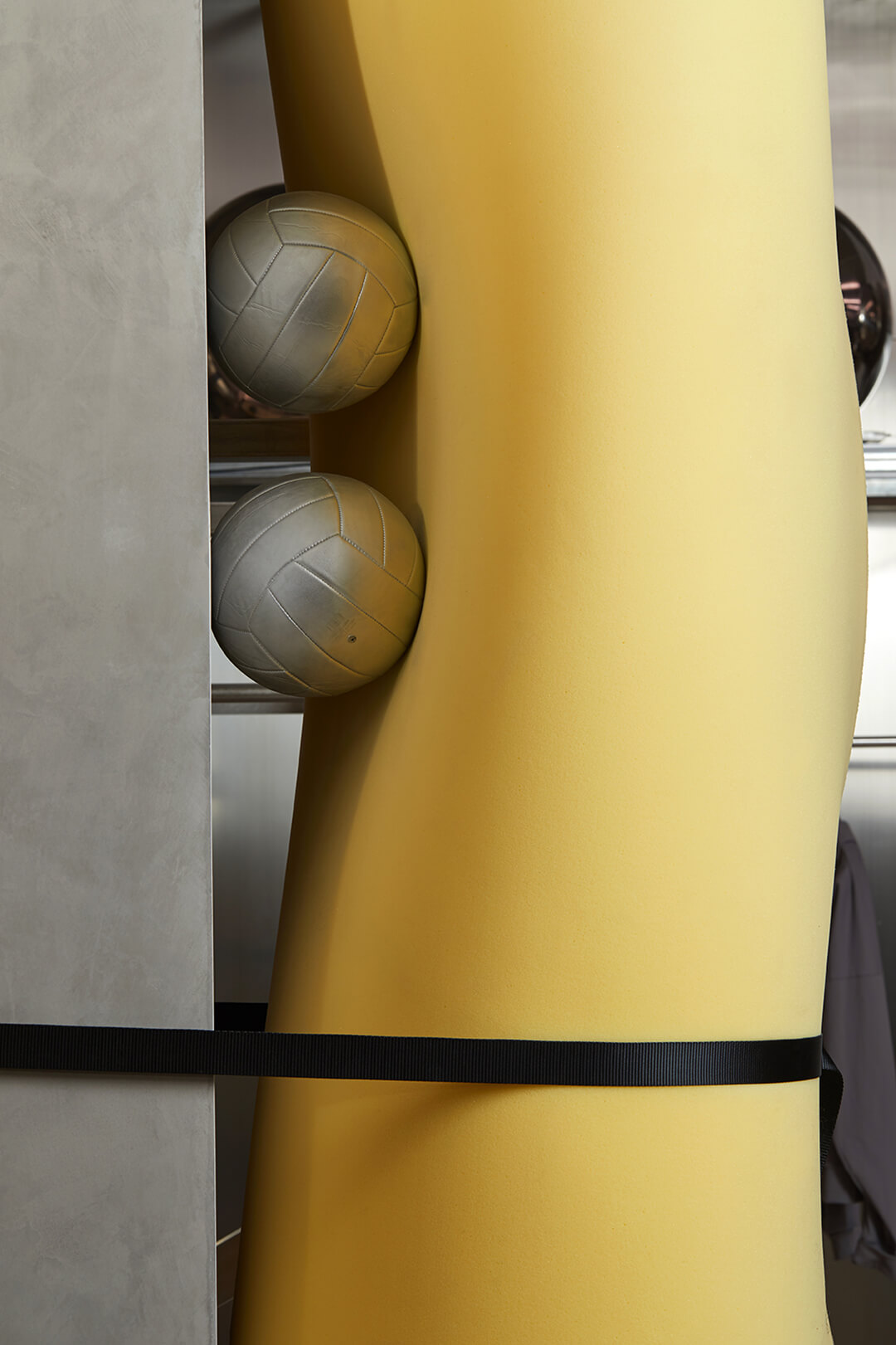 The artist’s influence is mostly seen in the store’s centrepiece: a detachable racking system with a hypnotizing moving ball installation that nods to his balloon series. And then there’s that sponge, that sinuously enchanting column-like sculpture that arches its back with each pull of the strap. Whew! But the most literal moment in the entire space is also its most fun: the Sò designers devised a robotic arm that constantly taps a potato chip bag – it’s a process that, according to them, symbolizes the constant crushing of calories.

If Peu à Peu is any indication of where the niche is going, retail designers are certainly getting too sneaky, and fortunately too effective, in their quest to get us all to stop shying away from the weight room in our gyms.