Saplings?
The key to a sculptor’s choice of materials can often be found in childhood. Tree branches and saplings have rich associations with childhood play and with shelters built by animals.

So you had a rural upbringing.
I grew up in the woodlands of North Carolina, where forests are a tangle of intersecting natural lines.

And you revive those forms that have been embedded in your memory since childhood?
Even earlier. I think we carry this sort of know-how with us as a legacy from our hunting and gathering past. When I turned to sculpture in the early 1980s, I had to rediscover what birds already knew: sticks have an infuriating tendency to entangle with one another. 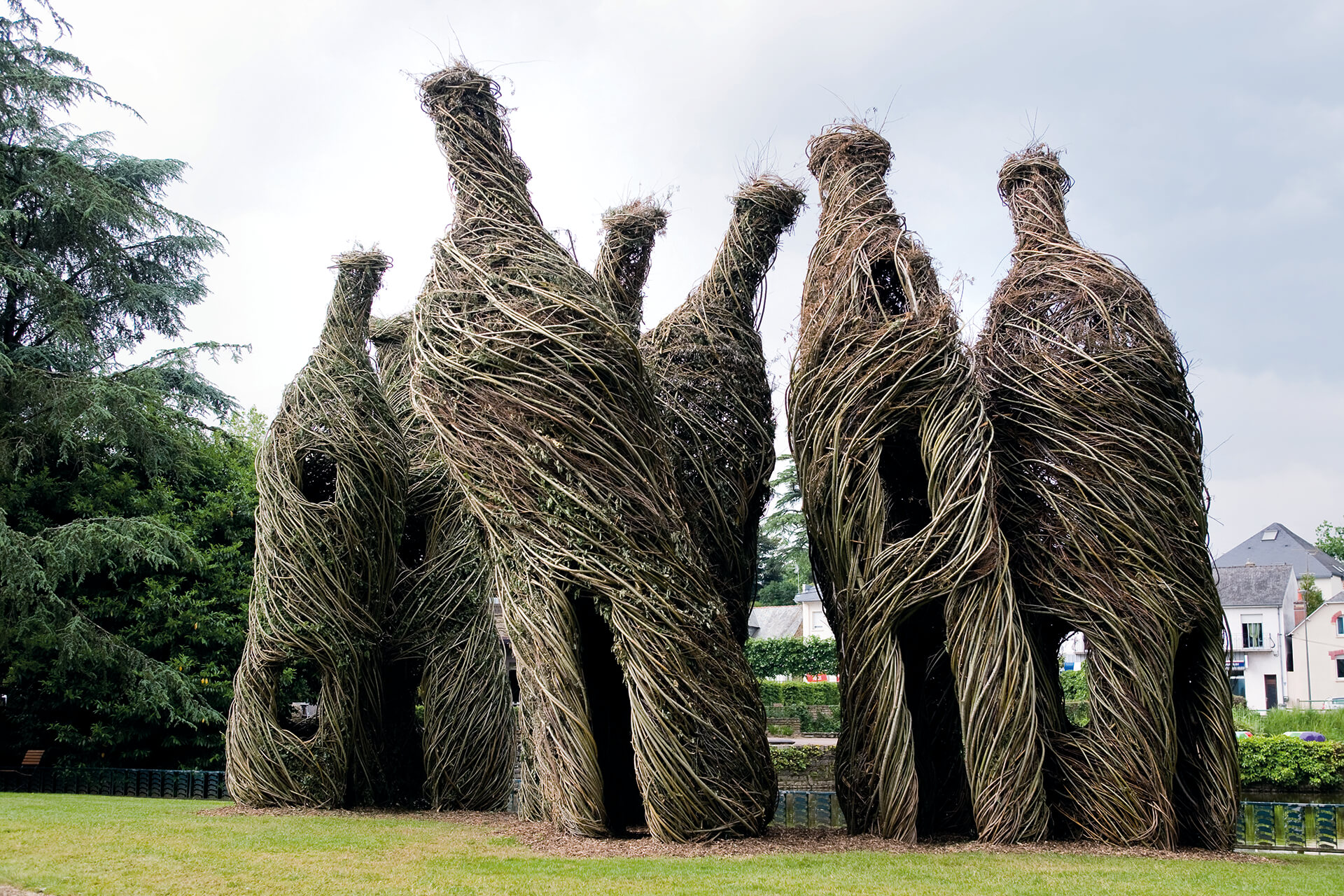 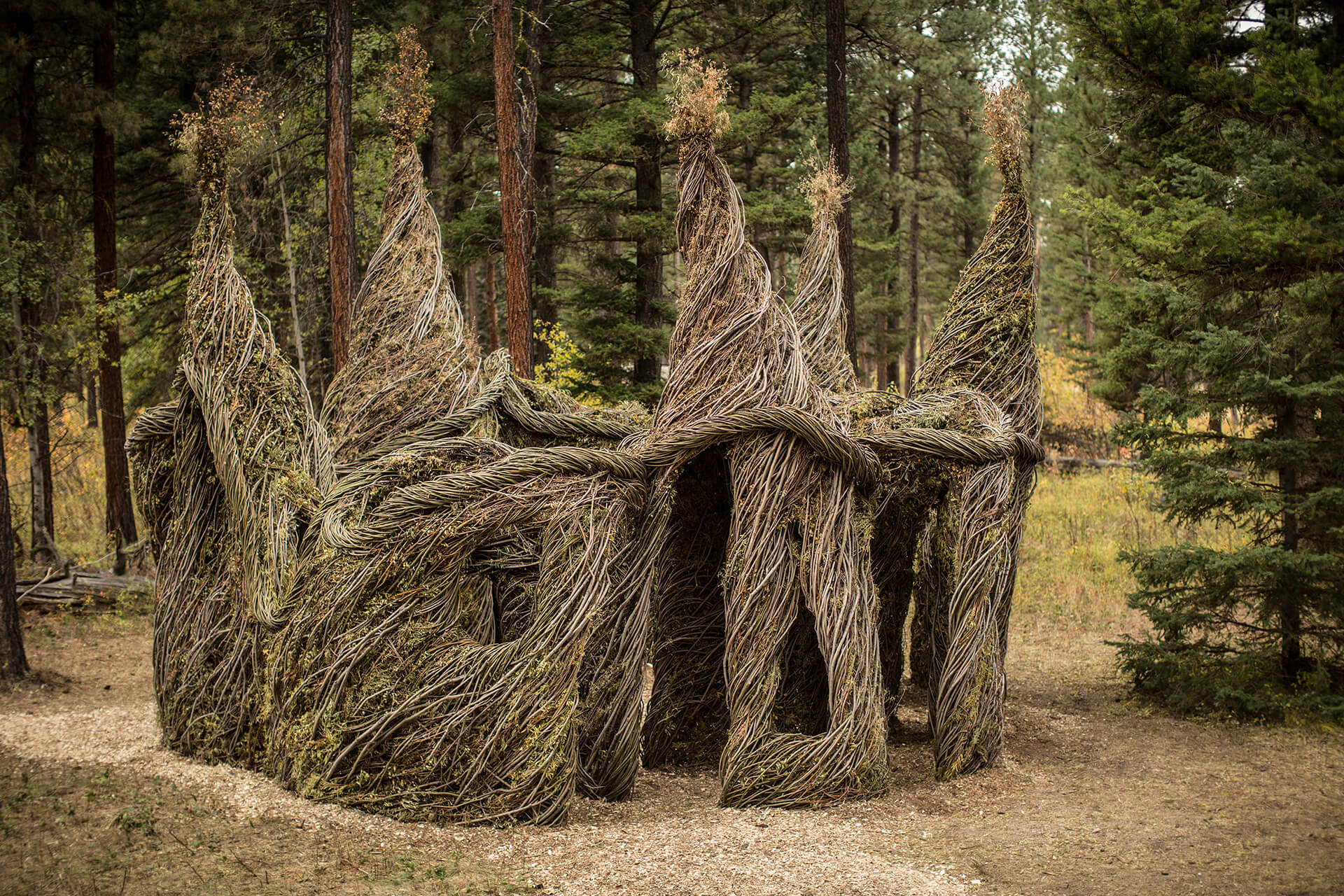 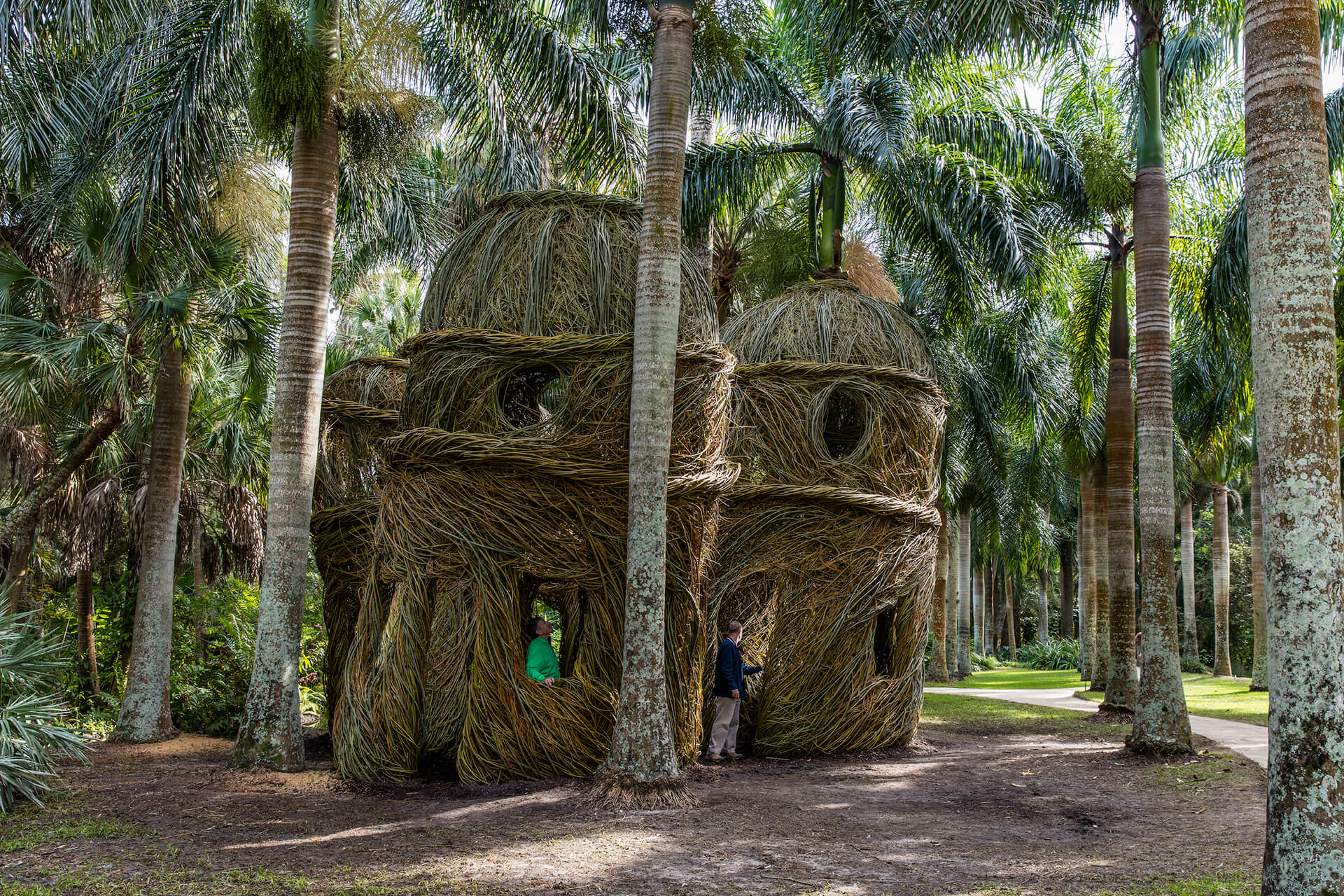 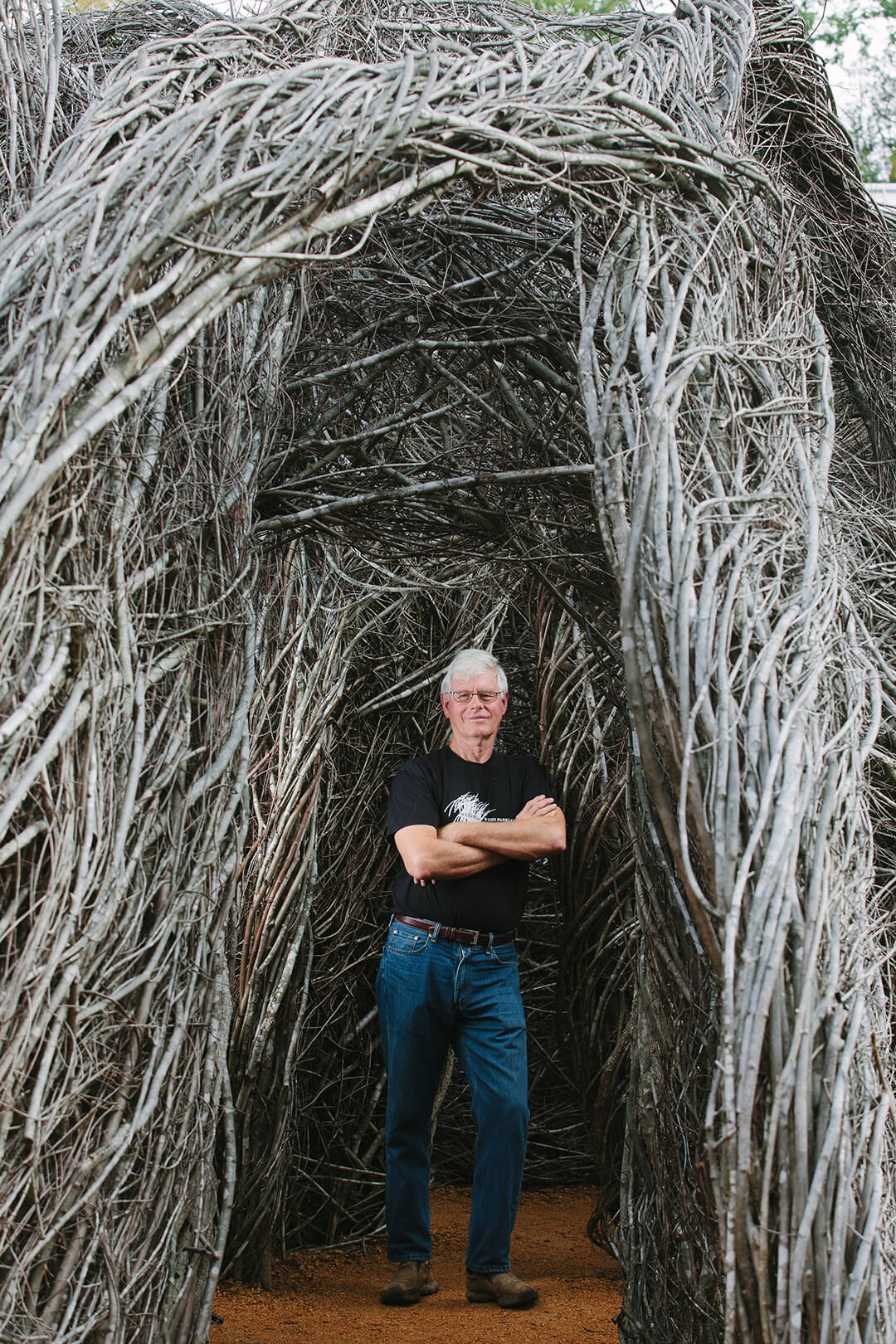 By building with sticks, you’re imitating nature.
I’m fond of saying that sticks were mankind’s first building material, and even the modern person continues to have a deep affinity for how to use them.

Describe how you set about making a work.
I start by finding a good stand of saplings nearby. The construction technique is a layering process. First I pull one stick through another and build a haphazard matrix to create the rough shape of the sculpture. Next comes the drawing phase, in which I picture a pile of sticks as a bundle of lines with which to sketch the surface texture.

And all those surface swirls and eddies?
I’ve learned to amass the smaller ends of sticks in one direction to give the impression that the surface is moving. The final step is ‘fix up’, a cosmetic treatment in which I erase certain mistakes by covering them with very small twigs.

The perfect sapling is . . .
Willow is a favourite, but I also use maple, sweet gum, elm and dogwood. Sometimes I use more exotic saplings like sassafras, crab apple or fruit woods.  InJapanI experimented with reeds and bamboo, and I have also used strawberry guava inHawaii.

What do passers-by say as you’re working?
I sense in the comments a profound connection between humans and the plant world that surrounds them. Time and again, I’ve heard a well-dressed man say to his wife, ‘Listen honey, we could live here . . .  No, I mean it. It would be perfect for us.’

This piece was originally featured on One Artist One Material. You can purchase a copy here.