Frame teams up with Istanbul-in-Between for 'What’s the matter? – Design for a phygital world. Part II' at the 3rd Istanbul Design Biennial's Parallel Events programme.The panel discussions for a phygital future will take place on 26–27 October at Alt Bomonti, running parallel to Istanbul Design Biennial. The event and exhibition design will be made within the partnership of Istanbul Bilgi University Industrial Product Design Department.

A phygital future in which both physical and digital are in constant conversation, so inherently intertwined that it is difficult to distinguish one from the other. How can physical objects suggest the aesthetic of a digital future? How can digital matter inform physical design? The speakers are all focused on creating online and offline spaces, transforming digital world to physical world through different media, seeking the potential of digital technologies, sound, spatial design and architecture. There will be immersive presentations that stimulate the senses by Alice Dunseath, Aslı Serbest, Bastiaan de Nennie, Büşra Tunç, Jordan Soderbergh Mills, Osman Koç, Selçuk Artut, Simhe Hough and Yoğunluk.

Colourful crystal formations sprout hairy appendages in London-based filmmaker Alice Dunseath’s tranquil film of psychedelic pastel swirls. Stirring and awakening like nature emerging after a cold winter, the visuals of You Could Sunbathe in this Storm articulate familiar forms in foreign hues in fragmented motion. For upwards of six minutes, retreat into Dunseath’s reality transformed into eye candy with virtual means. alicedunseath.com 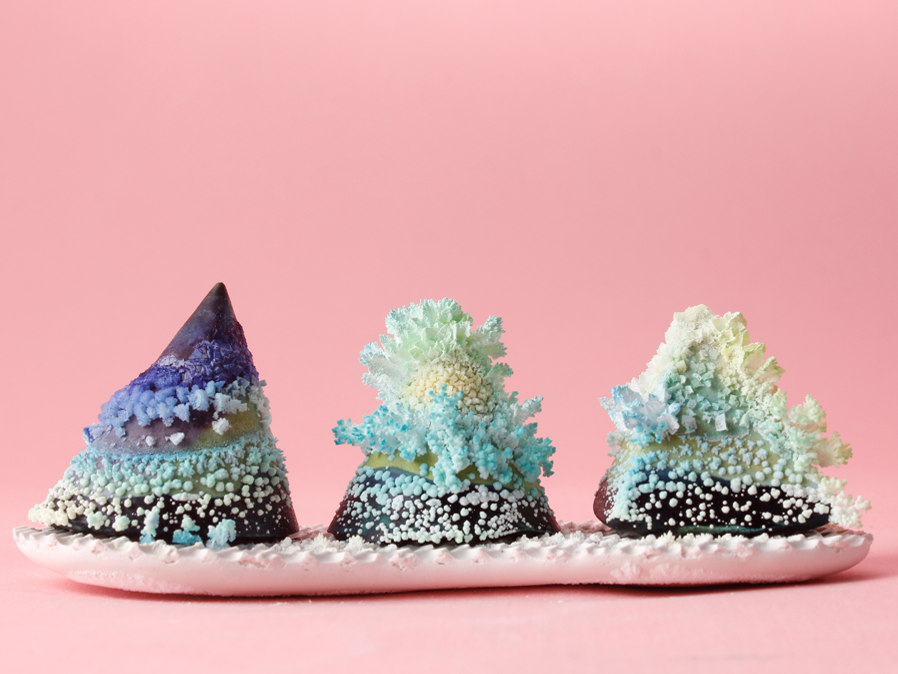 Alice Dunseath, You Could Sunbath in This Storm, 2014

Born in Istanbul, Asli Serbest works as a part of studio m-a-u-s-e-r (together with Mona Mahall) to reflect and produce architecture in and through different media. The studio been published internationally, exhibiting its works at venues such as the Istanbul Design Biennial (upcoming), Storefront for Art and Architecture New York (2014, 2015), Biennale di Venezia (2012, 2014), Vancouver Art Gallery (2013), Künstlerhaus Stuttgart (2013), HKW Berlin (2012) and New Museum New York 2009), as well as in e-flux journal, Volume magazine, Perspecta, AArchitecture, etc. 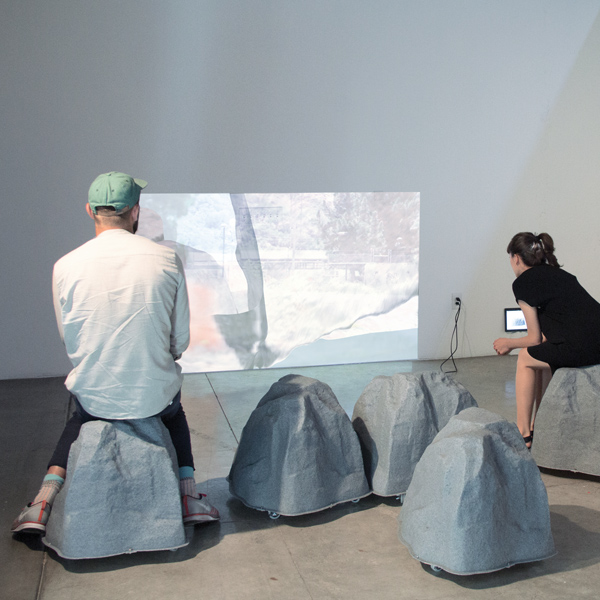 Before joining the faculty of Rhode Island School of Design to teach Spatial Dynamics, Serbest worked as a professor of Foundations of Design and Experimental Architecture at the Stuttgart State Academy of Art and Design. She co-authored the book How Architecture Learned to Speculate (2009) and is the editor of Junk Jet, an independent magazine on architecture, art, and media.Serbest completed a PhD after her studies in architecture at the University of Stuttgart and Yildiz Technical University in Istanbul.  m-a-u-s-e-r.net

Dutch designer Bastiaan de Nennie’s interpretation of Material Futures, the theme of Frame107, splashed a captivating series of vibrant images across the issue’s cover and contents. Hyperreal iterations of chairs made from parts of demolished cars formed the basis of his surreal scenes. De Nennie’s fascinating images came full circle at the What’s the Matter? exhibition in Milan, where his digital abstractions reclaimed their physical state.
bastiaandenennie.com

Busra Tunç’s design approach is based on multidisciplinary network. She mostly focuses on new ways of seeing, producing of new perceptions and research for today’s images. She adopts an integrated design view in her work. She gets the main motivation from space itself. The space is the focus point to create the idea of artwork. With this point of view, she creates site-specific installations and spatial experiences using various materials, visuals and sounds as tools for building the atmosphere.

Mostly she works with a multitude textures and layers, creating new ways of looking at these complex structures and transforming them using digital tools, such as video and photography. She aims to make visible the digital world by transforming to the physical world by using analogue tools, light and physical materials. busratunc.com 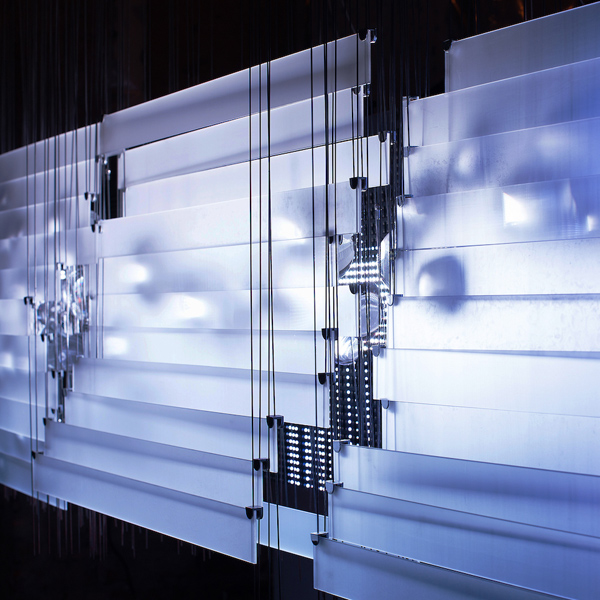 Juggling the professions of designer, artist, architect and artisan, Jordan Söderberg Mills crafts material installations, objects and sculptures that defy physics. In pursuit of 'hacking' visual perception, he came up with Anaglyph and Parabola. Backed by physics instead of computational programming, the mirrors act as optical filters, emanating wavelengths of colour also visible on a screen’s grid of pixels. soderbergmills.com

Osman Koç, is a İstanbul-based creative technologist/artist, whose main research focus is on experimenting with different physical interaction methods for installations, spaces and stages. In 2014, he co-founded İskele47, a maker-space/multidisciplinary design hub, where he continues to experiment, teach, consult, prototype and make. kocosman.com

Selçuk Artut lives and works in Istanbul. Artut spends much of his time philosophising human-technology relations. An author of four books in the past, his artistic activities are mainly focused on contemporary art practices based on technological embodiments. His artworks have been exhibited at ICA London, Istanbul Biennale, Moving Image NY, Art Hong Kong, etc.

Artut has received his BSc in Mathematics from Koc University, Istanbul/TR, MA in Sonic Arts from Middlesex University, London/UK and received his PhD on Philosophy of Media Communications, Switzerland. Artut is also an acknowledged musician, a member of an Istanbul based post-rock, avant-garde music band Replikas and part of a live coding duo RAW. Artut is artistically represented by Gallery Zilberman, Istanbul. selcukartut.com

Founded in 2013 by İsmail Eğler, Nil Aynalı Eğler and Elif Tekir, Yoğunluk focuses on production of art in its relation with space. The initiative considers space not as a container in which the artworks are exhibited, but as the main object of artistic activity. Main motivation of the group is to discover unique spaces, encourage artists to produce works specific for these spaces and curate exhibitions where contemporary art blends with spatial experience. yogunluk.org/tr 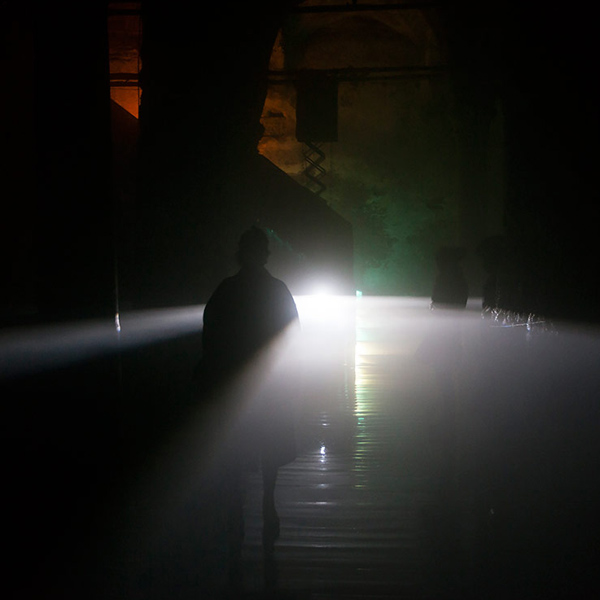 'What’s the matter? – Design for a phygital world. Part II' is realised as a part of the 3rd Istanbul Design Biennial, Parallel Events programme.