In Southern China, this work site was built to safeguard and revitalise an ancient craft

In a mountainous village nearby Southern China’s Jingdezhen, AZL Architects have designed a porcelain production site that revitalises an ancient craft. At its core is an egg-shaped wood kiln, built with age-old, regional know-how only four or five people today have. The BingDing Wood Kiln reflects a deep respect for local context, masterfully displaying how to attract new eyes – and profit – to an industry that’s as much a part of the region as the land itself.

Porcelain is deeply ingrained in Jingdezhen’s history. The city is known as the capital of the craft, and it’s been practised locally since the Han Dynasty, for nearly two millennia. The name wood kiln comes from the local preference for using the reddish timber from Horsetail pines for fuel. But modern industrial technologies, environmental protection requirements and new ways of firing the pottery have greatly impacted the industry and left the technique vulnerable to extinction. So AZL’s client, the 70-year-old practitioner Yu Hezhu, began to learn how to complete the kiln building in 2014 from the master before him – there are no blueprints or written documents for the process, and he worried it would get lost in time. 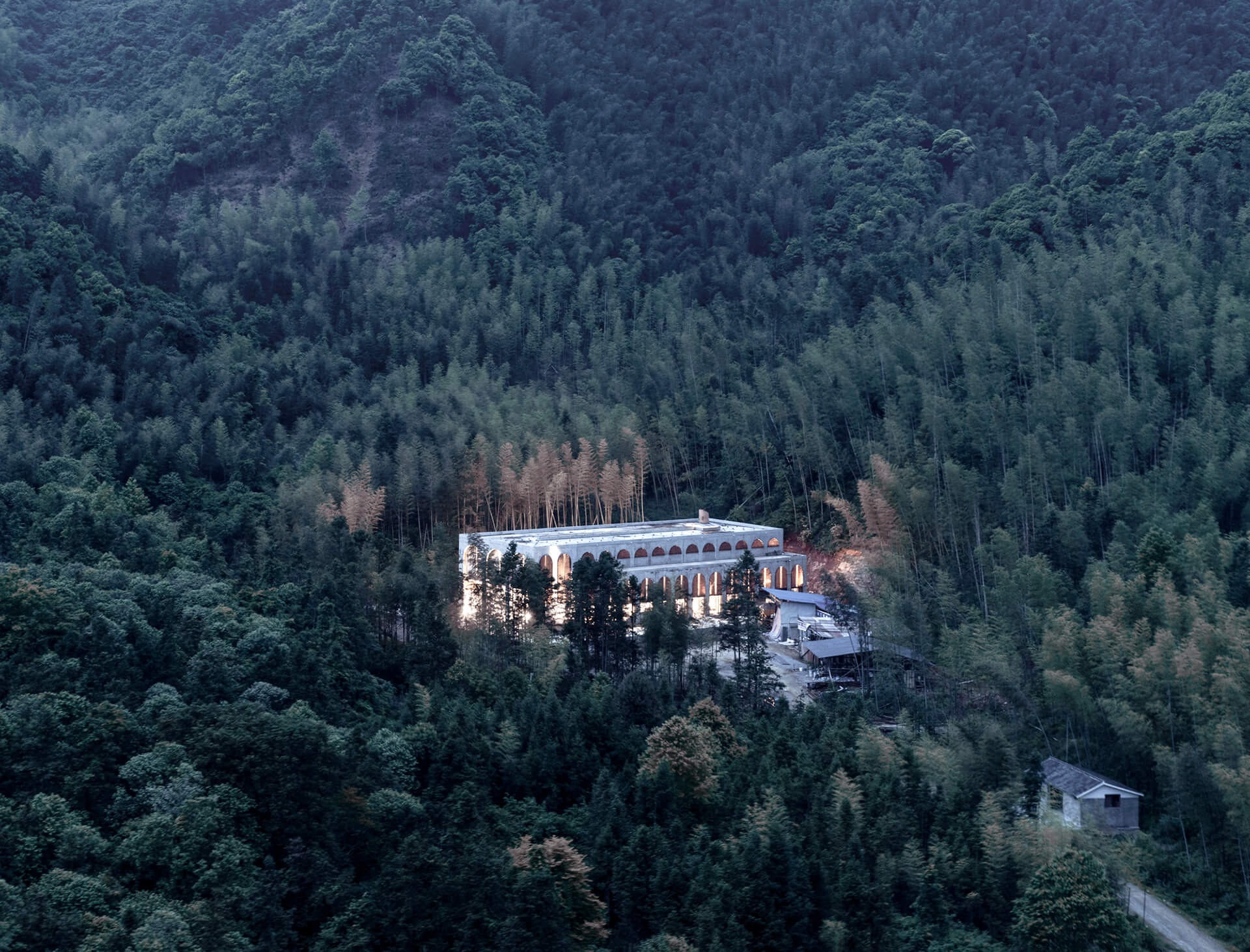 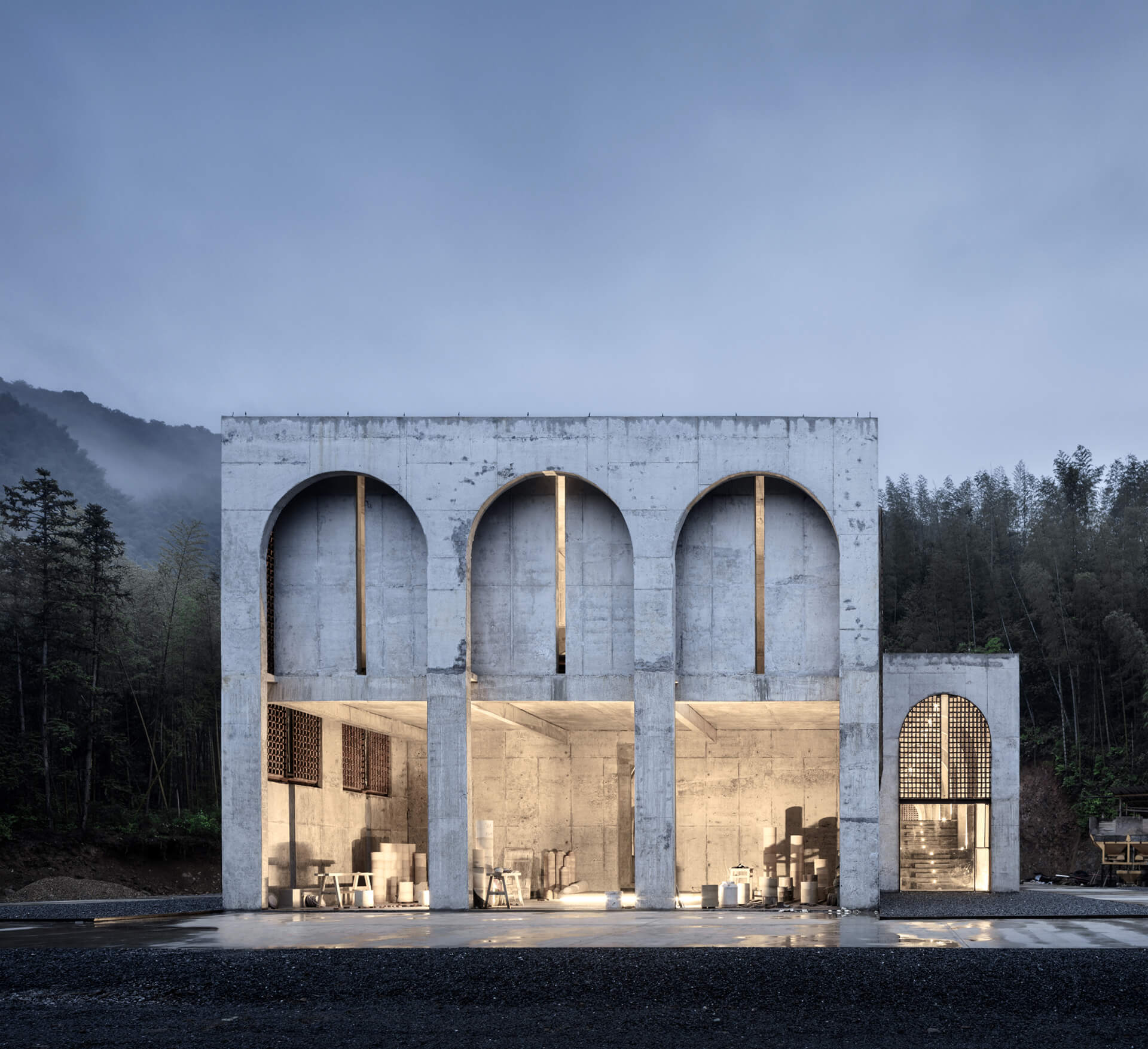 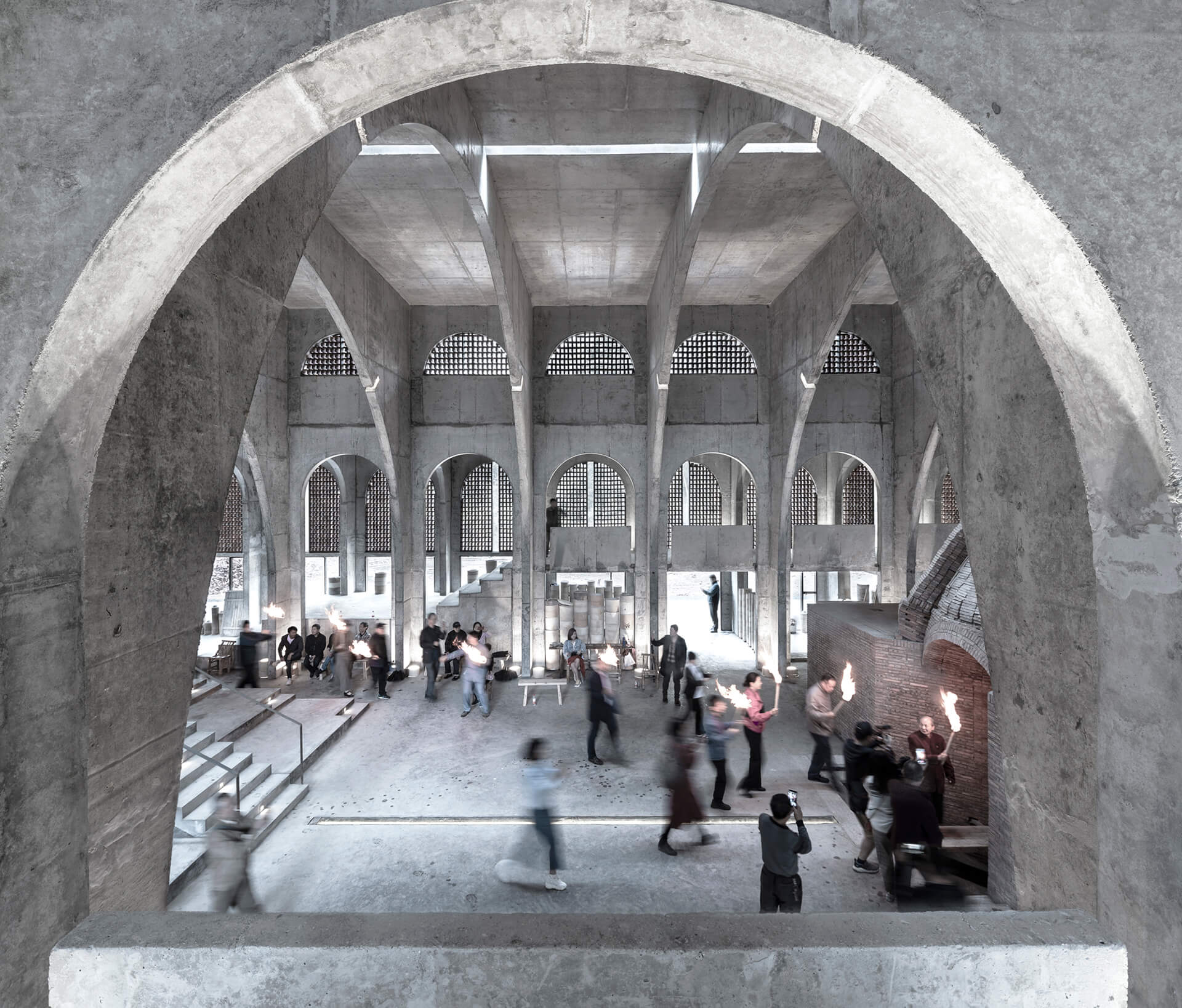 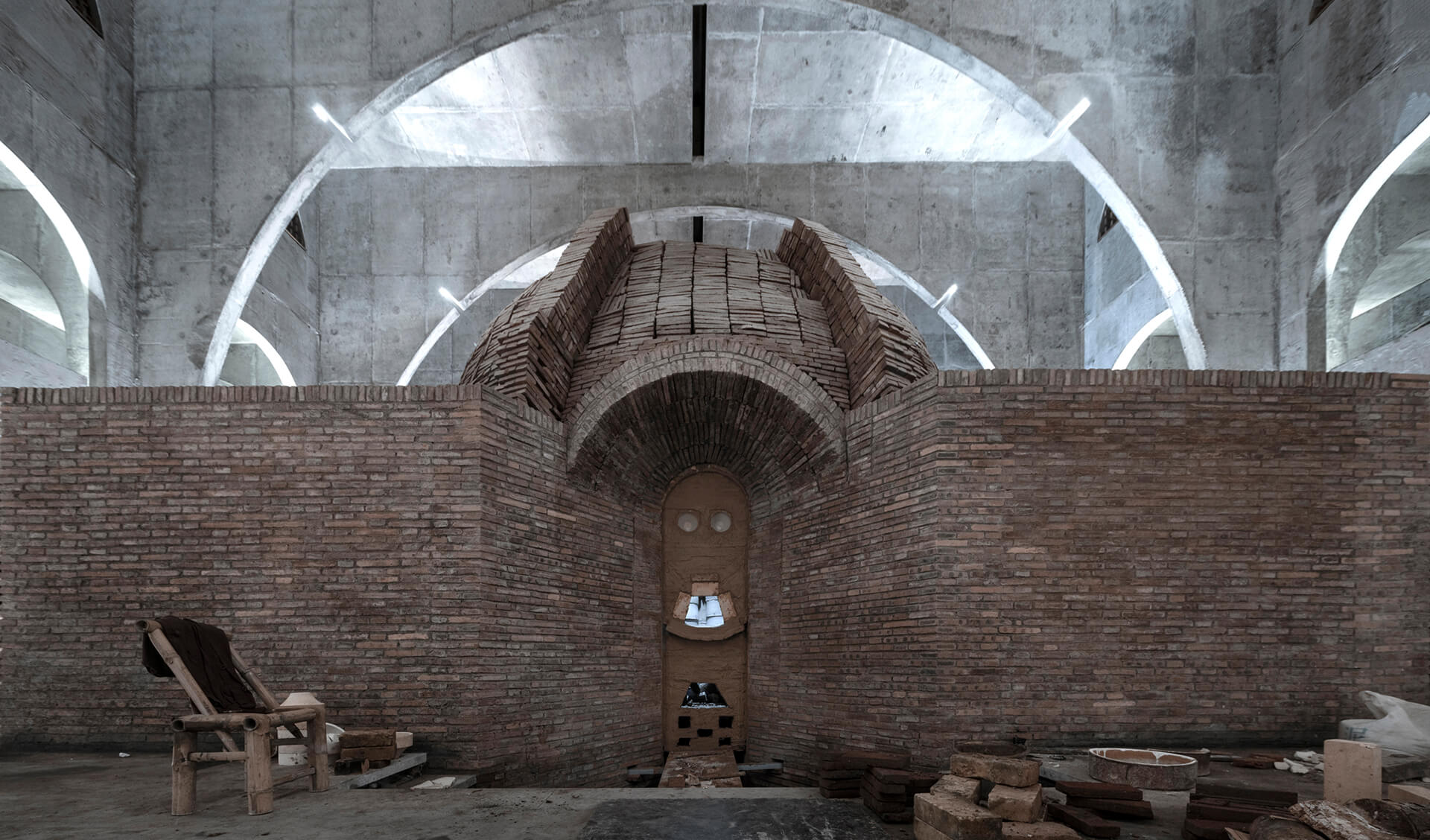 Yet Hezhu’s team and the government don’t just aim to keep the enigmatic history of the wood kiln safe with the project: they also hope it will generate new opportunities for rural craftsmanship inheritance and economic development in the area.

The results, kiln and building poetically juxtaposed against the lush environs, make it easy to imagine that they will be successful in their goal. On the ground floor, workspaces are allocated for each step of the process: glazing, moulding, polishing, enamelling and saggering – in layman’s terms, baking. Over 30 employees work on the site day-to-day, and, behind the curved brick kiln, a temporary living space with a bedroom and bathroom was built for them. Visitors are encouraged to enter through the robust concrete arches of the building to participate in the firing process – for them, an observation axis was built on the second floor, encircling the building and creating a hypnotic viewfinder into the labour behind the craft.