How this year’s graduation shows reinvented the digital exhibition format

Back in March, a group of students at London’s Royal College of Art (RCA) launched a protest. The purpose of ‘No to the Virtual Show’ was unambiguous. According to its creators, ‘an art or design degree without a physical degree show is not an art and design degree’. The petition, which attracted 8,195 signatures, called for postponement over digitization, arguing that students ‘will miss out on amazing commissions, job opportunities and contacts’ and that even if the work ‘is seen online. . .many employers, galleries and project spaces won't be in the position to make guaranteed offers due to the pandemic'.

Despite the support it attracted, ‘No to the Virtual Show’ was unsuccessful. The RCA’s virtual show is now online, today being its finale. It exists as a well-produced microsite, with clear navigation, unobtrusive design and an interesting programme of livestream discussions paced throughout the show’s duration. It even offers advantages over the traditional show format, with guest curators grouping works from across departments based on themes and threads they’ve observed within the corpus. Taken as a whole the show offers a far more coherent and engaging premise than many of the digital incarnations provided by commercial bodies such as Art Basel, for instance.

The comparison between onsite and online is still lopsided, of course. The RCA’s 2020 show is more a vehicle for acknowledging that a period of study has been completed than a platform that enables access to the product of that endeavour. Students have nonetheless done their best to make the most out of an unusual and unexpected context. After all, constraint is often a driver of creativity rather than its enemy, as Professor Graeme Brooker, head of the college’s interior-design programme is keen to stress. ‘The fact that all of the schools of the world were going to be online meant that unusual and eye-catching methods of demonstrating their ideas were critical,’ he explains. ‘The challenges of getting recognized in a sea of digital work required students to rethink their modes of production. Print-averse media was important and filming and animating interiors, buildings and use became the mediums of the shows.’ 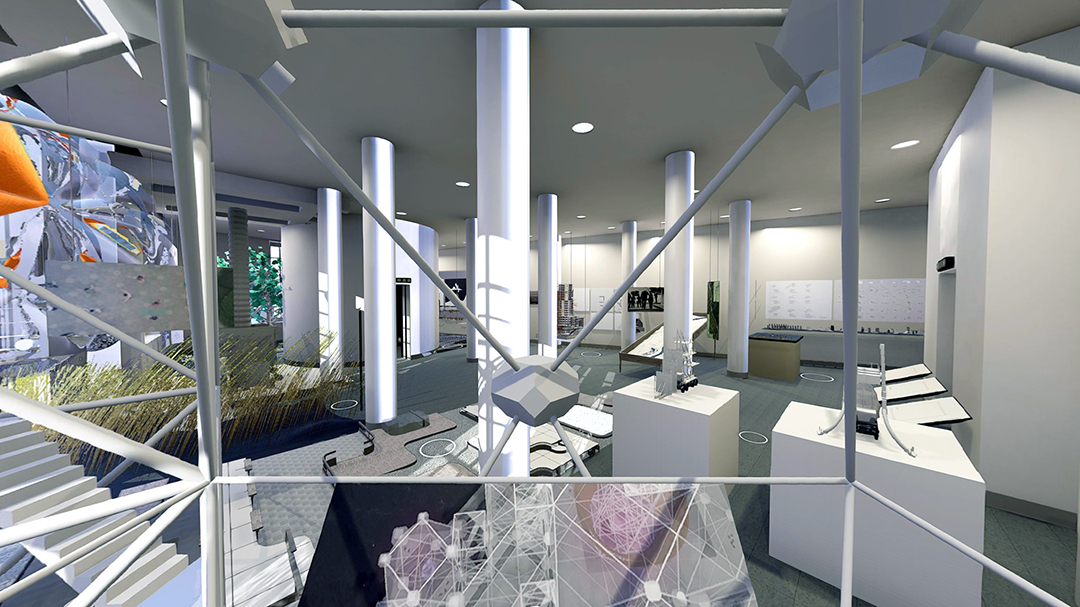 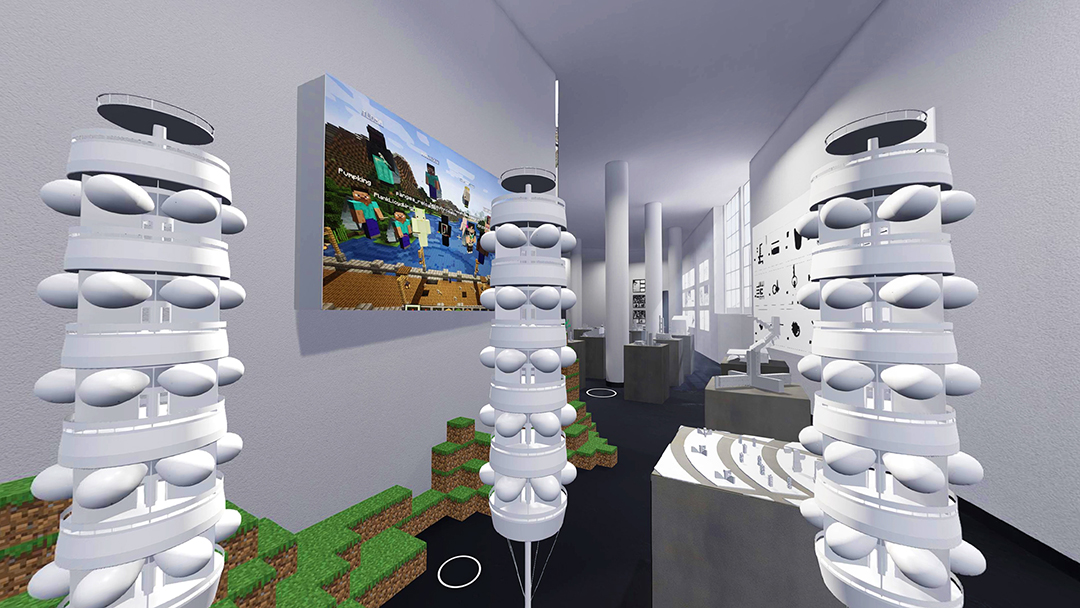 A new perspective on the familiar

Other schools have gone one step further, radically rethinking the modes of production of the show itself. In New York, The Cooper Union’s end-of-year show, which includes work spanning all five years of undergraduate design studios, is being displayed in a surrealized version of the historical building in which the school’s classes, studio spaces and exhibitions are (in better times) held. Alongside the usual array of student renderings, drawings and models, the virtual environment has been augmented with additional content such as videos, animations and slide presentations.

‘In creating this virtual space, we have hoped to frame the all-important spaces of The Cooper Union as we know them, but also to inhabit them in ways that take advantage of the virtual, suspending disbelief in conventional constraints,’ explains Nader Tehrani, Dean of The Irwin S. Chanin School of Architecture. ‘Thus, we hope that this exhibition is a judicious and critical curatorial lens into our space of learning, demonstrating the significance of how and why we design our own environments.’

'We are venturing into a new territory of how we can mount exhibitions that completely reimagine how we can think about scale, gravity, movement, and atmosphere,’ adds Steven Hillyer, Director of The Irwin S. Chanin School of Architecture Archive. ‘The virtual world of The Cooper Union allows us to mount exhibitions in a way that we simply would not have been able to previously. I hope this environment can become another shared community space and be useful to the school in other ways moving forward.’

The Royal Academy of Antwerp adopted a similar ethos, commissioning Random Studio (founder Daan Lucas was a Frame Awards 2020 keynote speaker) to reinterpret their annual fashion show for an online-only front row. Evolving the standard catwalk typology, Random Studio created a geometric space through which a variety of abstract animated models – ranging from the beautiful to the grotesque – paraded while holding a placard that represented elements of each collection. This alien, alluring choreography played out in sequence over several hours, maintaining a sense of urgency so often lost during virtual events. Students were given control of the visual parameters of the environment during the time that their work was on display, thus granting them much greater agency over how their collection was perceived than the usual catchall of the shared runway. Viewers meanwhile could pick from four predetermined vantage points, or watch all at once in collage. ‘In our vision, physicality remains at the heart of this digital architecture,’ explains a spokesperson for the studio. ‘We deconstructed the mechanisms and internal logic of the traditional fashion show, reimagining how they could play out in virtual space in front of a global audience.’

Physicality remains at the heart of this digital architecture

These initiatives represent some of the most ambitious attempts to translate the physical exhibition to a digital context that we’ve seen, far more so than, to most extents, industry efforts. With virtual events likely to now be an enduring part of the creative calendar – if only for their convenience rather than the continued presence of COVID – they set an important precedent for what’s possible if you take advantage of all that a digital context can offer. If graduate shows are where we should look to see what the future of our industry looks like, those of 2020 may, against the odds, be more impactful than most.