More often than not, modest concepts inspire effective projects and create beautiful results. Ljubljana-based practice Dekleva Gregorič Architects pursued one of the simplest ideas of all for the form of a timber-clad home in central Slovenia: the chimney. The aptly-named Chimney House is designed to respect the traditional values of a country dwelling; substantiating the vital role of the kitchen as the heart of the home.

The architect has turned the concept inside-out, leaving an elongated void in the roof where the chimney might have conventionally been. ‘The ridge roof is pushed apart, creating a continuous skylight,’ the architect describes. ‘It runs through the house’s linear volume and provides top light for all the crucial spaces.’ The resulting negative space becomes the interior, which is aligned symmetrically along the longer axis. The perimeter is developed as a thick wall – integrating usable storage space – and incorporates deep window ledges which act as micro-spaces, as well as bringing in light and encouraging a visual relationship with the exterior surroundings. 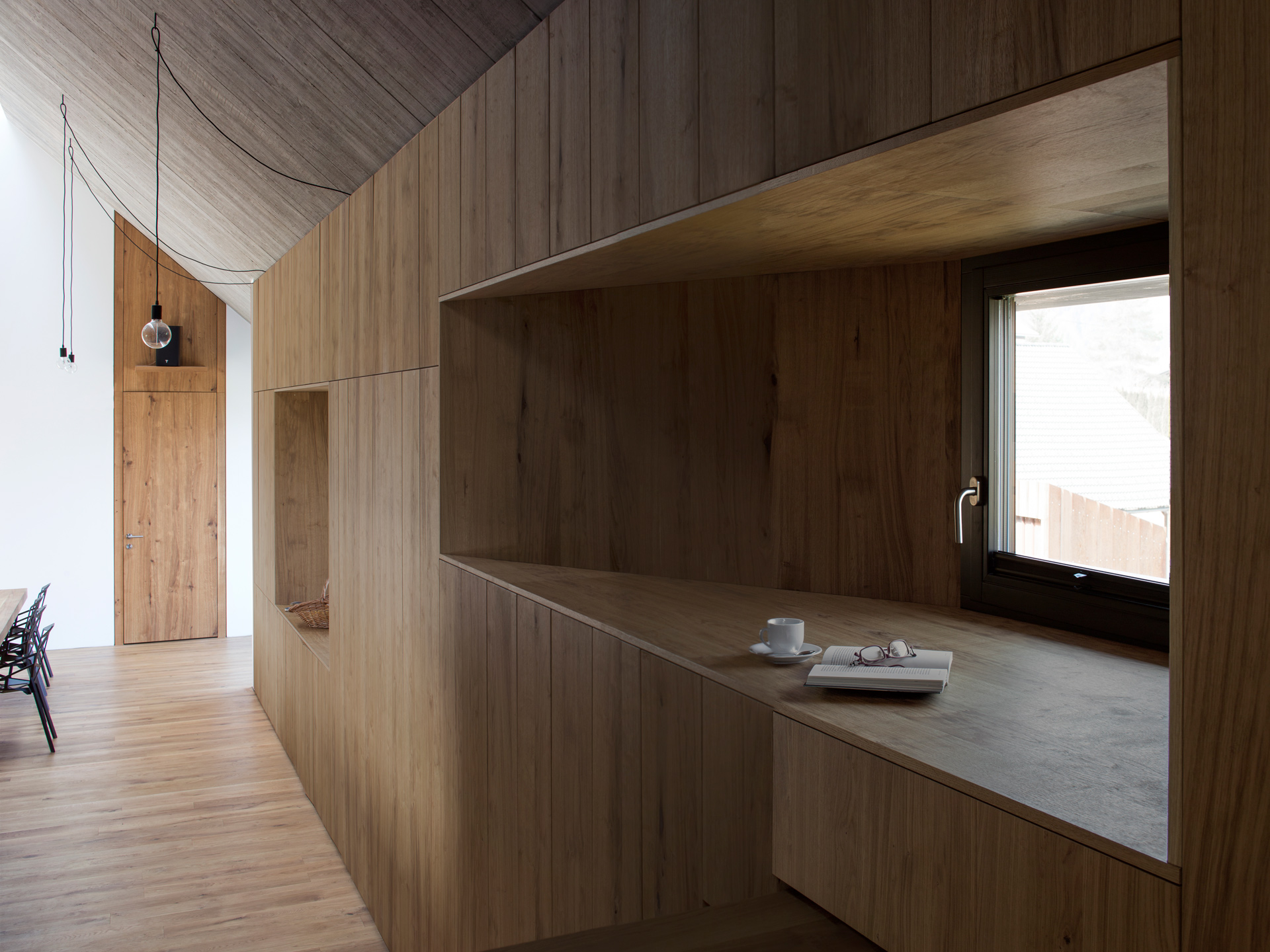 The interior materiality is also inspired by the building’s form, determined by the ‘haptic abilities of [the] inhabitants’. In other words, the majority of spaces – the areas reachable by human touch – are clad in oiled oak, while the roof structure, which is of an unreachable height, is delivered in contrasting reinforced concrete and shows the roughness of the imprint from the wooden formwork as a response to the wooden texture of the oiled-larch clad exterior envelope. 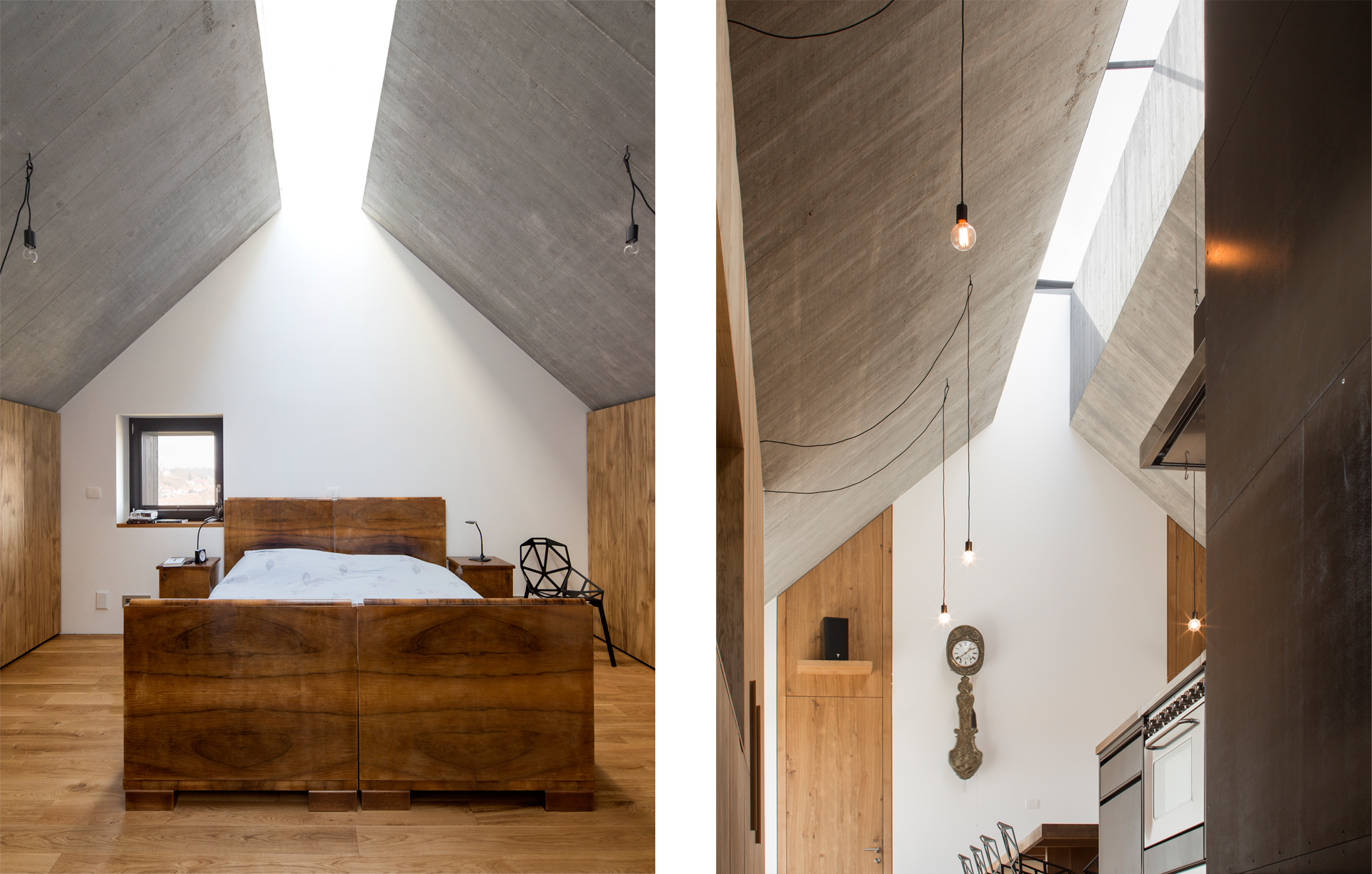 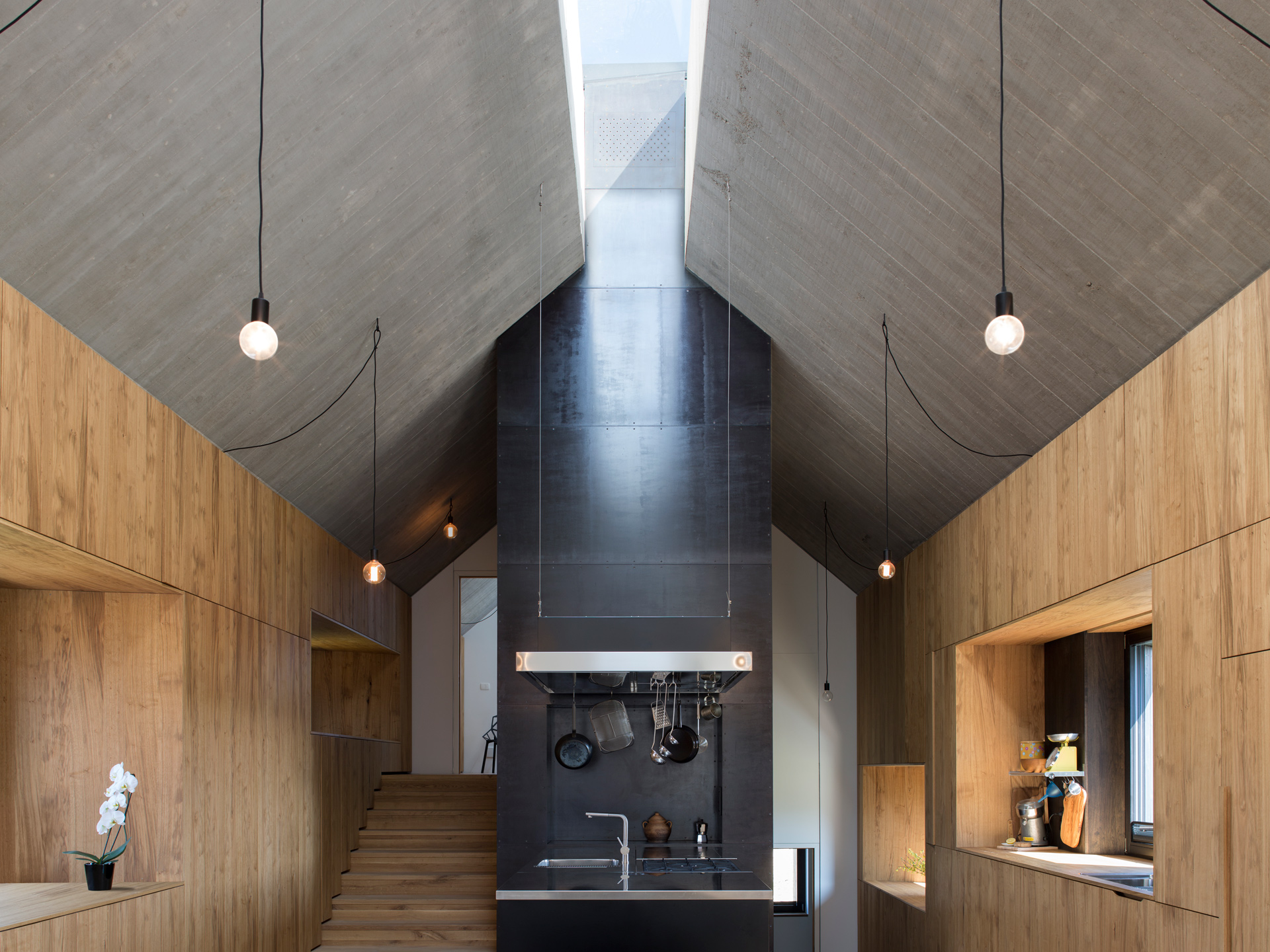 The house is carefully detailed and the concept is immaculately observed. Although the initial impression might be of a simplistic archetypal building, the shape is more informed by the negative space derived from the traditional form of the chimney – and the kitchen even includes an example in full working order.