From hygienic products to haute couture, femvertising is no new phenomenon: case in point, Edward Bernays' 1929 'Torches of Freedom' campaign for Lucky Strike. That year, Bernays hired a group of women to light up their 'torches' at NYC's Easter Sunday parade, and, with some advantageous next-day coverage from The New York Times, smoking women were destigmatized, cigarettes became a feminist symbol and the men in charge laughed all the way to the bank.

Two years later, an Italian artist and poet by the name of Bianca Pucciarelli Menna was born in Salerno – by the 1970s, she had become Tomaso Binga. The change was a provocation, her way of pointing out the fallacy in men having more privileges than women. Her artistic – and thus, political – identity became a life-long protest: in February, it was Binga – not Menna – at the core of the scenography at the Bureau Betak-produced-and-directed Dior ready-to-wear show at the Musée Rodin in Paris.

In September 2016, Maria Grazia Chiuri’s first RTW collection as Dior’s creative director featured t-shirts branded with Chimamanda Ngozi Adichie’s We Should All Be Feminists. One year later, she followed with Breton-striped tops bearing Linda Nochlin’s Why Have There Been No Great Women Artists? Every show since, in garment and set design, has explored or referenced the legacy of the creative women who have inspired Chiuri’s design process. 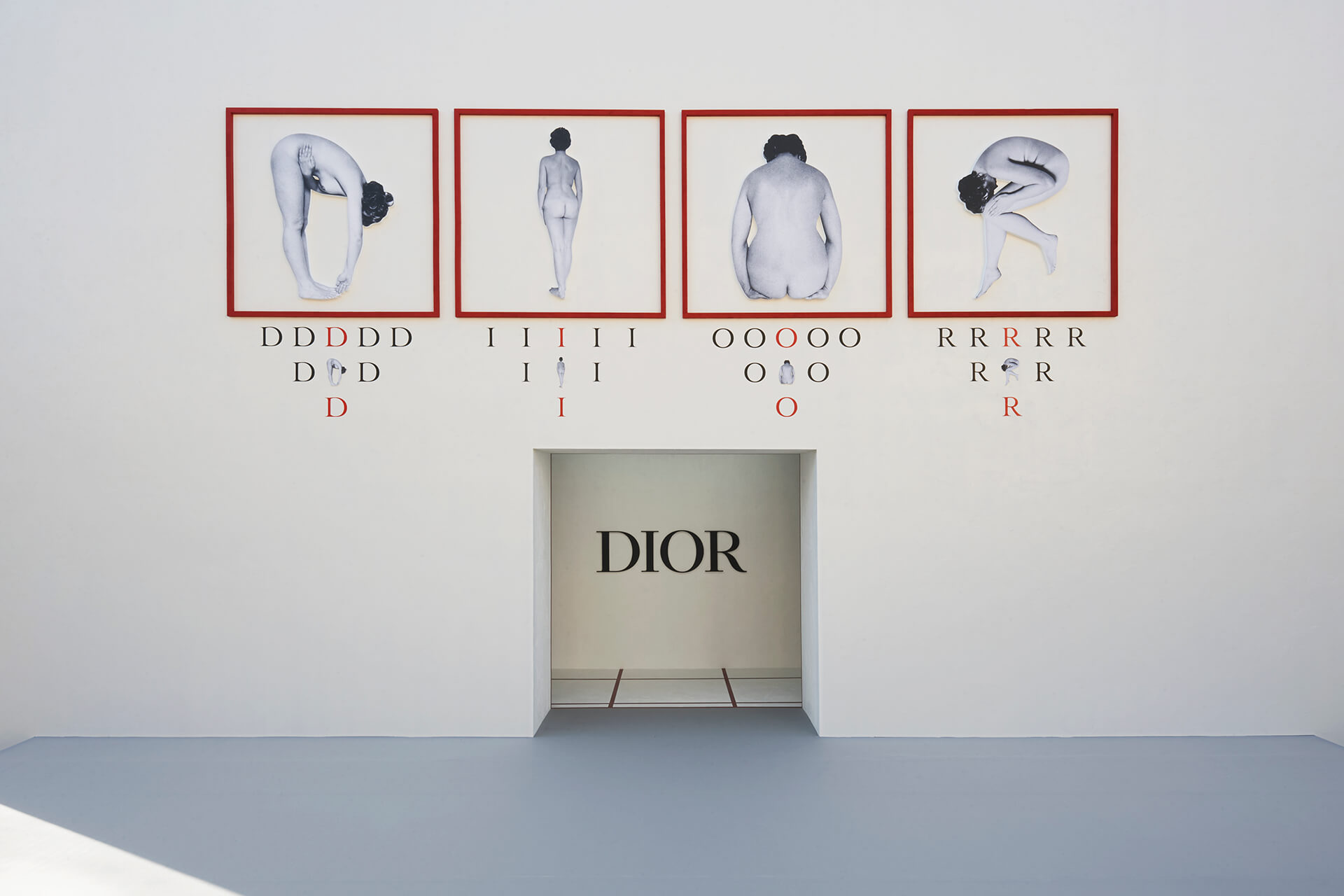 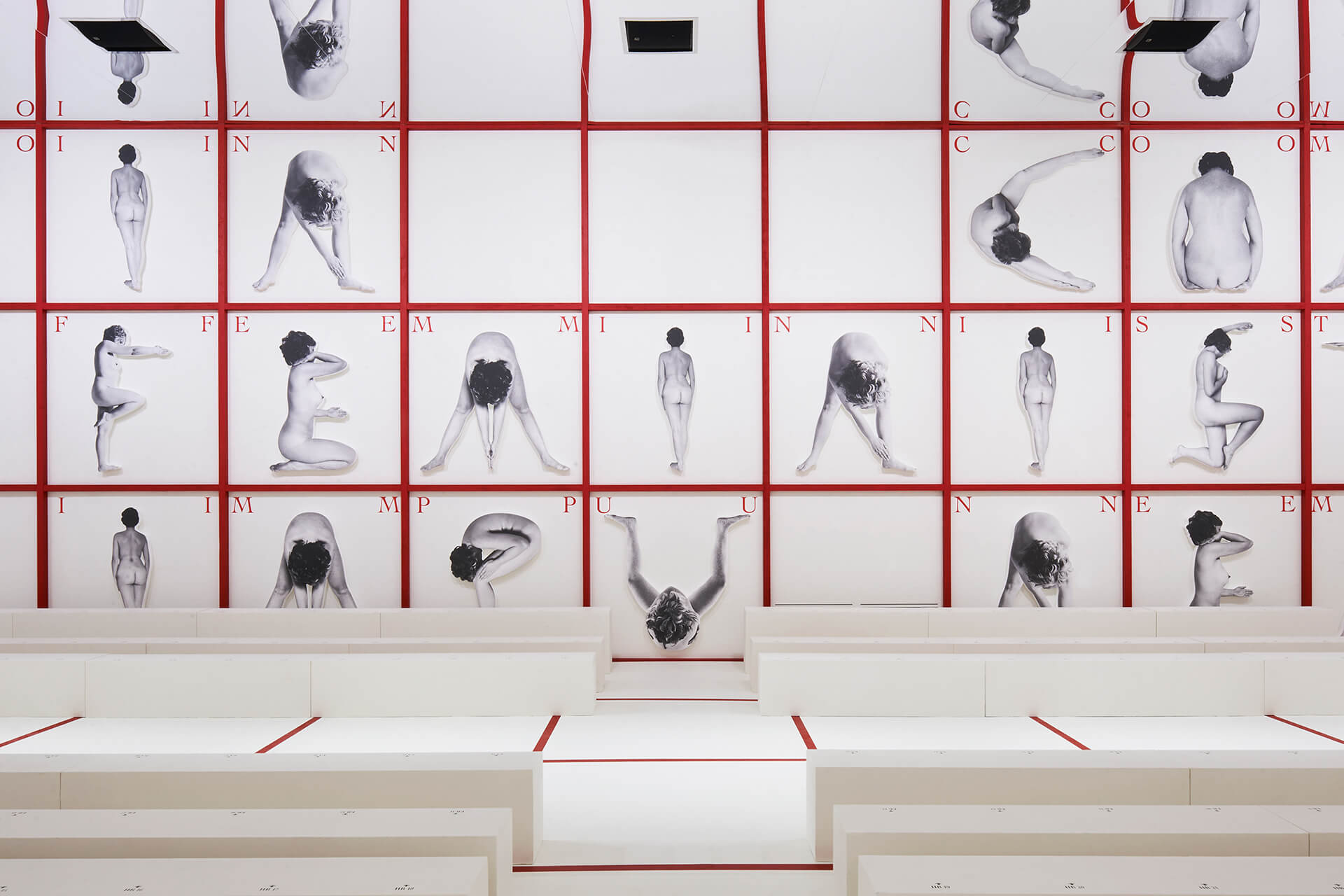 Some criticize Dior’s collections under Chiuri as Bernays-style femvertising, but her work hits the bullseye on the house’s target, well-established since Christian Dior’s inaugural New Look collection in 1947: to create clothing that celebrates femininity. Chiuri is the first woman to ever be at the helm of Dior; her credibility and capability to authentically express this ethos in an industry that’s still male-dominated is unquestionable.

In recent shows, she has taken full advantage of scenography to embolden that very sense of philogyny: the sets have been designed to further the female-centric narrative and enrichen the way the audience experiences and perceives it. The SS19 show held last autumn is a prime example – Dior’s runway became a stage for a dance choreographed by Sharon Eyal, showcasing a collection dedicated to the mothers of contemporary dance, from Isadora Duncan and Martha Graham to Pina Bausch and Loïe Fuller. 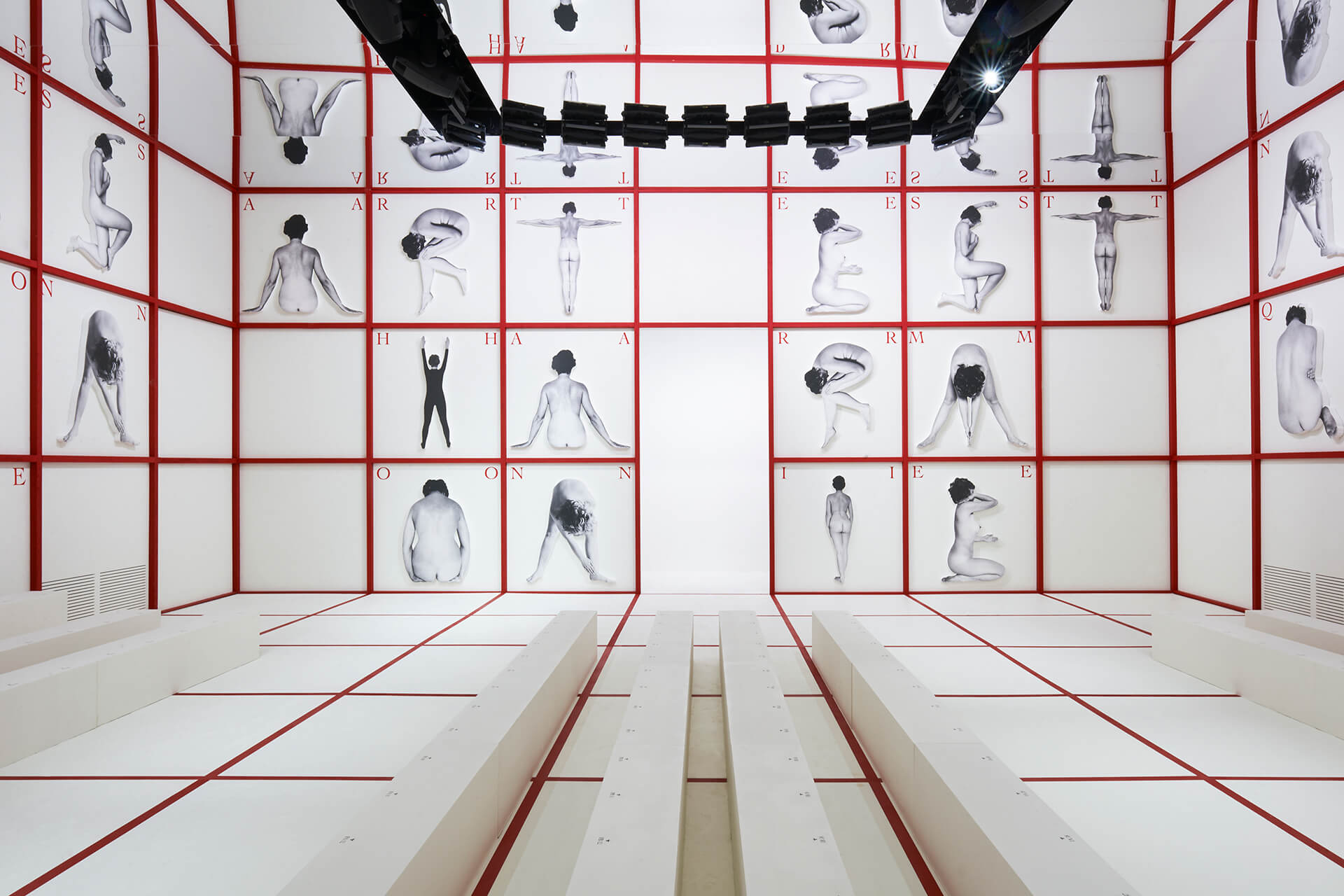 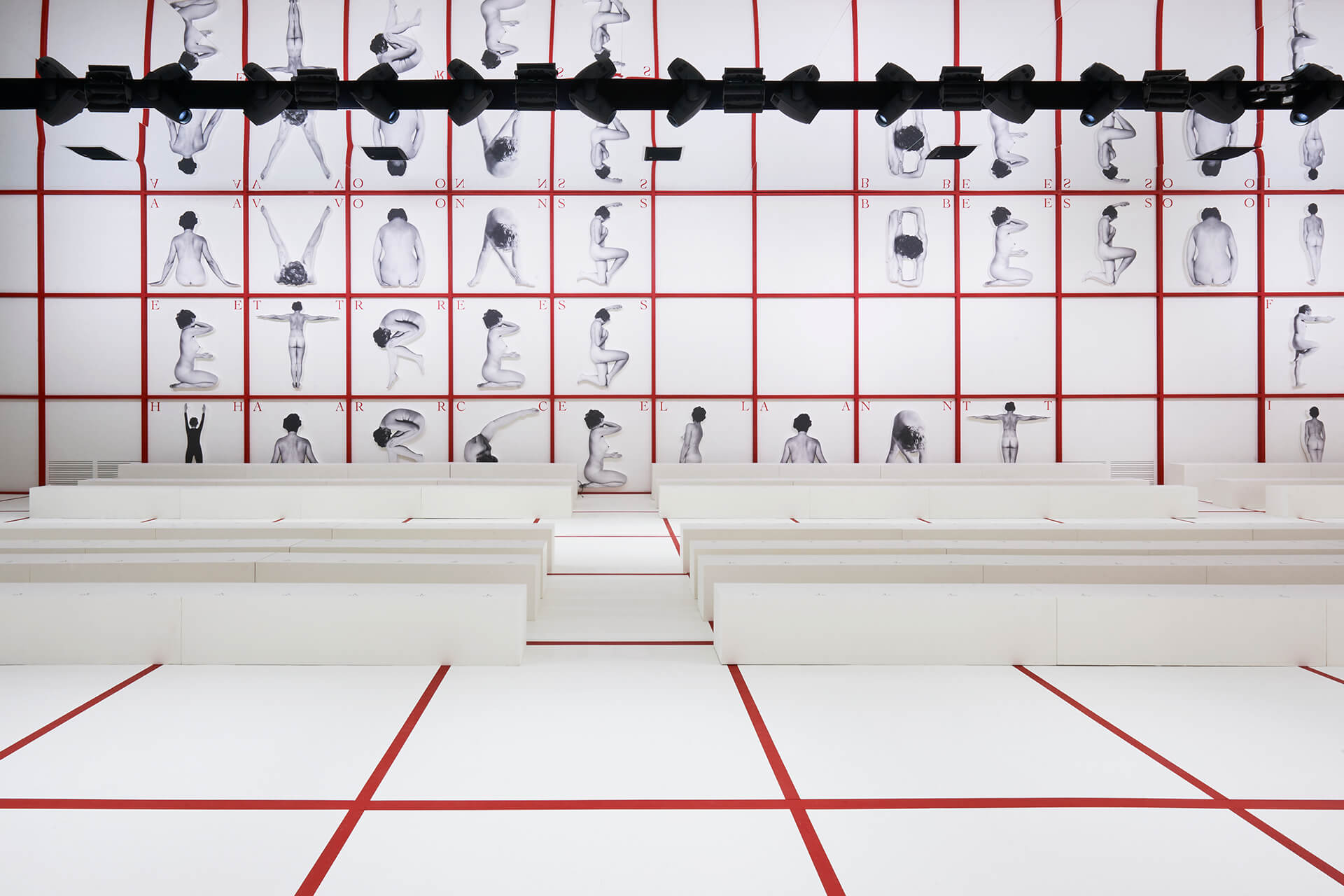 The now recognisably Dior block letter t-shirts à la féministe made their comeback too, this time referencing Robin Morgan, an American author and activist. ‘Sisterhood is global,’ ‘Sisterhood is forever’ and ‘Sisterhood is powerful,’ the tees proclaim. If one turned their head from Morgan’s words on the runway, they’d see more garments – worn by women, designed by a woman – or Tomaso Binga’s female body reflected back at them in the mirrored ceilings.

Season after season, the sisterhood is strong – in sentiment and setting – at Maria Grazia Chiuri’s Dior.