Lance Gerber, courtesy of the artist and Desert X

There’s no shortage of mirrors in the art world. We’ve peered into the looking glasses of everyone from Yayoi Kusama to Lee Bul, mesmerized by seemingly endless space. Why the obsession with the reflective surface? It’s a fixation that infiltrated the interior-design scene some years ago, prompting even us to jump on board with i29’s design of the first Frame Store in 2014. Not only did mirrors make the retail space seem larger; they also reflected the ornate listed building in which they sat.

Los Angeles-based artist and filmmaker Doug Aitken pushes the phenomenon to the extreme with Mirage, a site-specific installation in the Southern California desert. Part of contemporary art exhibition Desert X, the project remained on show until later in 2017. Borrowing its shape from a stereotypic suburban house, the specular work blends into and multiplies its arid, expansive surroundings. 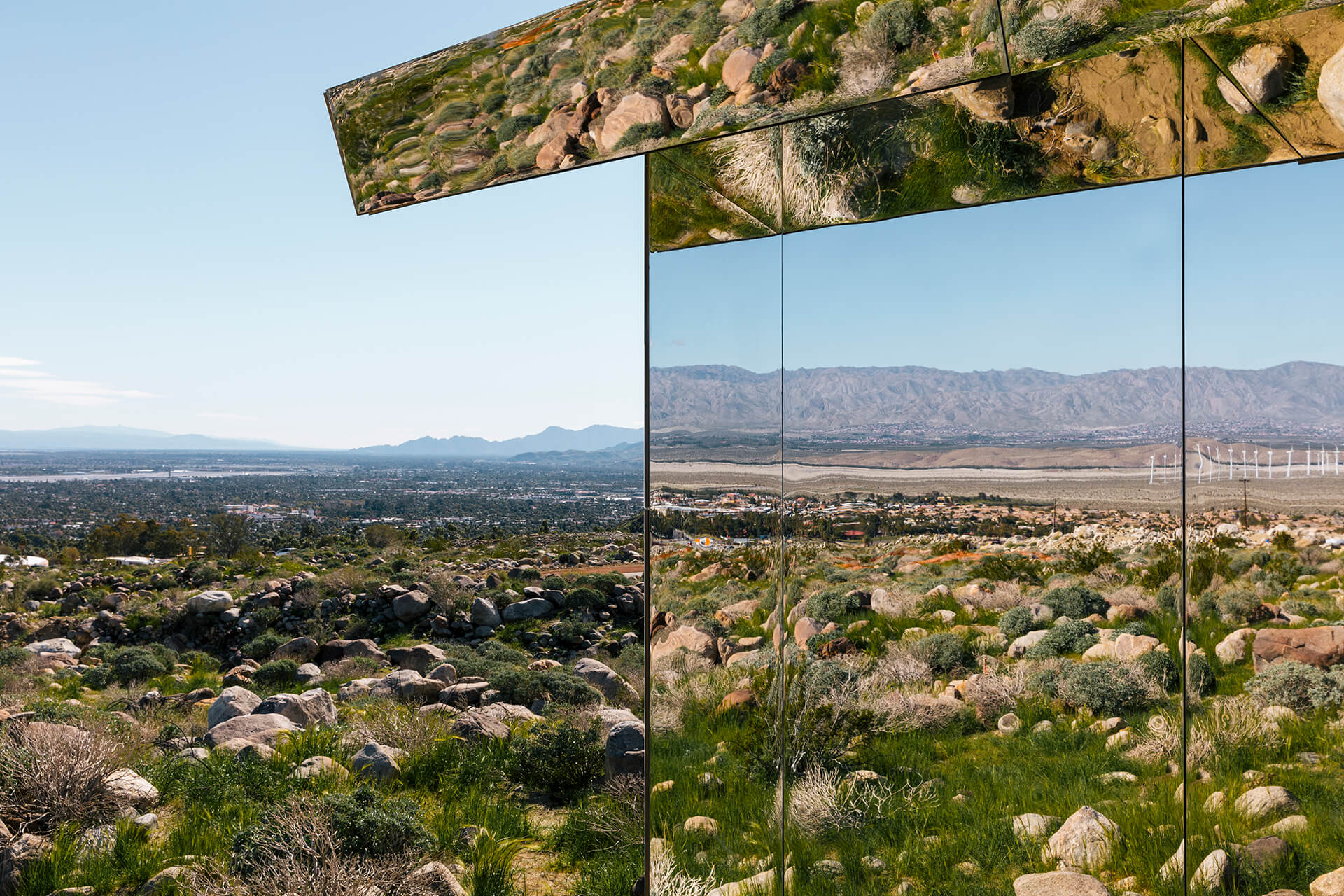 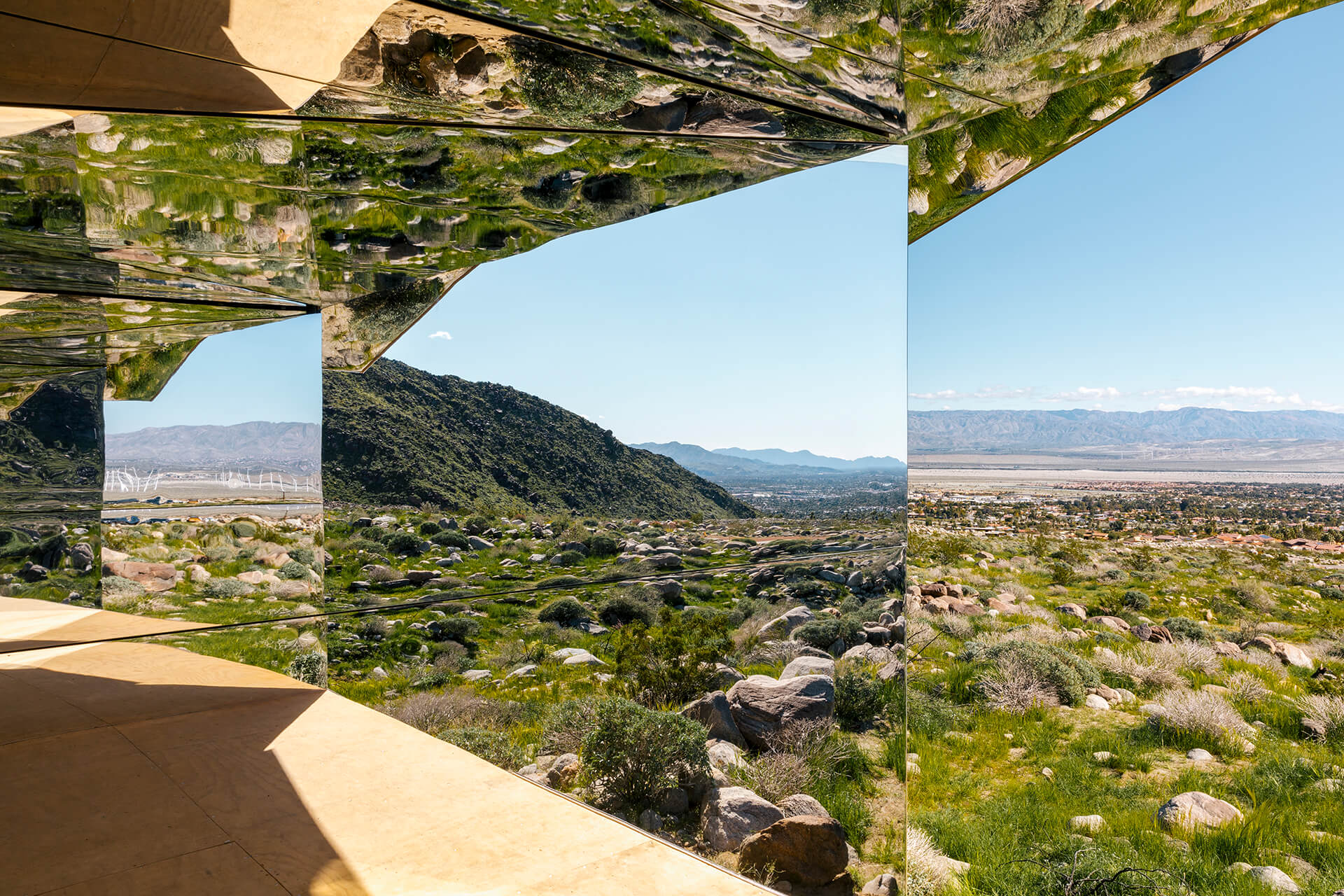 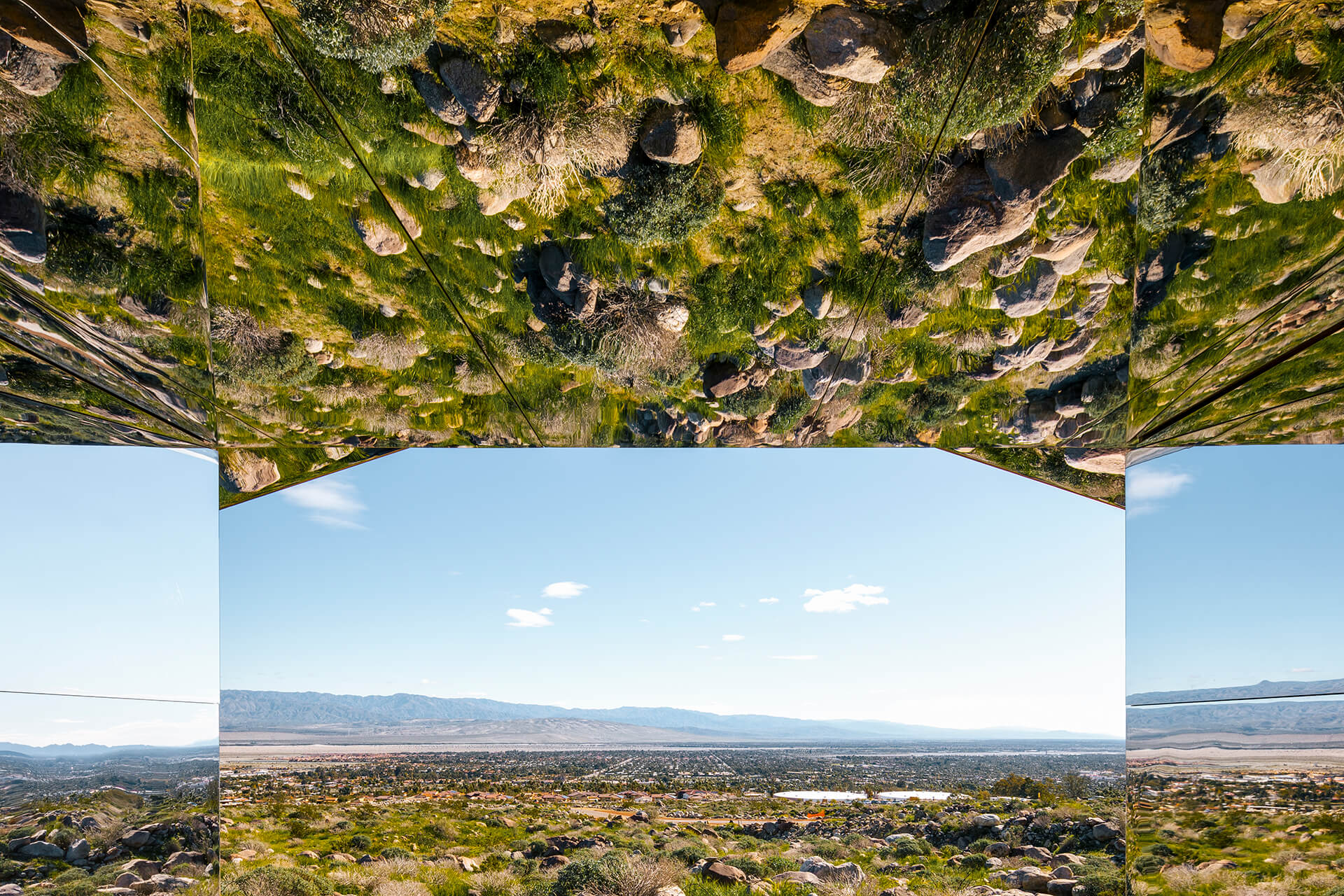 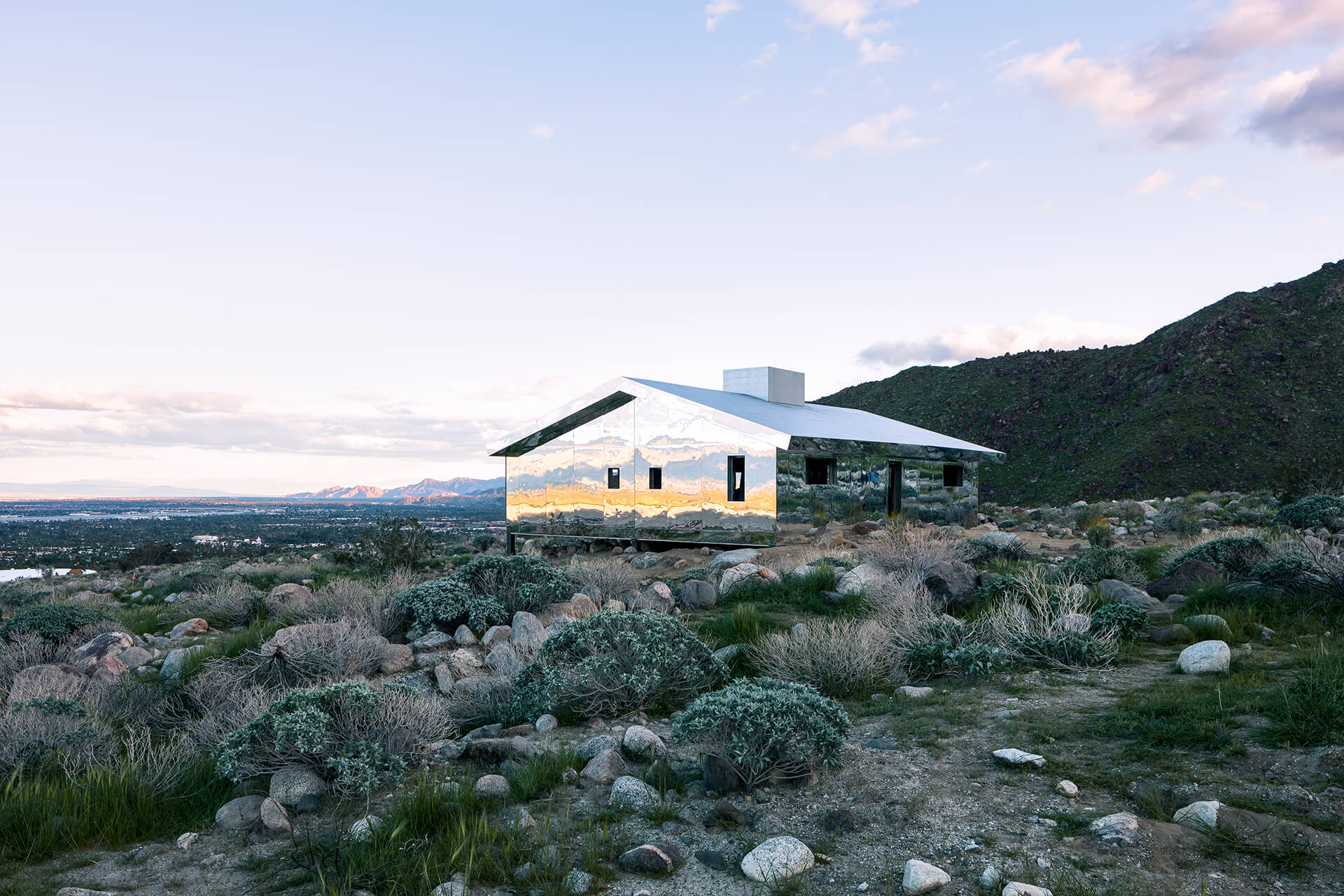 By merging with the landscape, it amplifies what’s there, while appearing to be not there. As is the case with any work governed by natural elements, Mirage offers a different experience from one moment to the next. Like a blank canvas, the mirrors absorb the ‘pigments’ of their surroundings: stars, clouds, an azure sky.

Aitken’s ‘house’ gets even more reflective, referencing the California ranch style that began to take hold in the 1920s and ’30s. Overlooking a new development in the distance, Mirage is both the antithesis to and the image of the ranch-style residence – a symbol of the swelling post-war suburban population.

This piece was originally featured on Frame 116. You can purchase a copy here.