The double winner of Jury Grand Prix and the People’s Vote at the Design Parade Toulon is a celebration of a humble 600-year-old Mediterranean product: Marseille soap. With Zoù Maë, the designers managed to use a low-tech way of tapping into the sensorial memories of the visitors – receiving a universal response that many high-tech multisensory installations often fail to elicit.

Before your eyes adapt to the low light inside Zoù Maë, a familiar scent hits you. At first, you can’t quite place it, but little by little, the hand-carved green blocks that cover the wall start resembling the Cipollino marble that Adolf Loos used to cover the living room of his celebrated Villa Müller. There are cicadas singing nearby; in the centre, an empty bath awaits. And when, in a daze, you venture out to touch the stone, you realize where the scent comes from.

The entire thing is made out of Marseille soap.

It’s no wonder Céline Thibault and Géraud Pellottiero’s project took home both the Jury Grand Prix and the Public Vote at this year’s Design Parade Toulon. Few experiences at the festival, let alone recent museum exhibitions, biennales and brand activations, have managed to tickle the senses in the way Zoù Maë has, all the while celebrating the quality of the quotidian craftsmanship still present in the south of France. 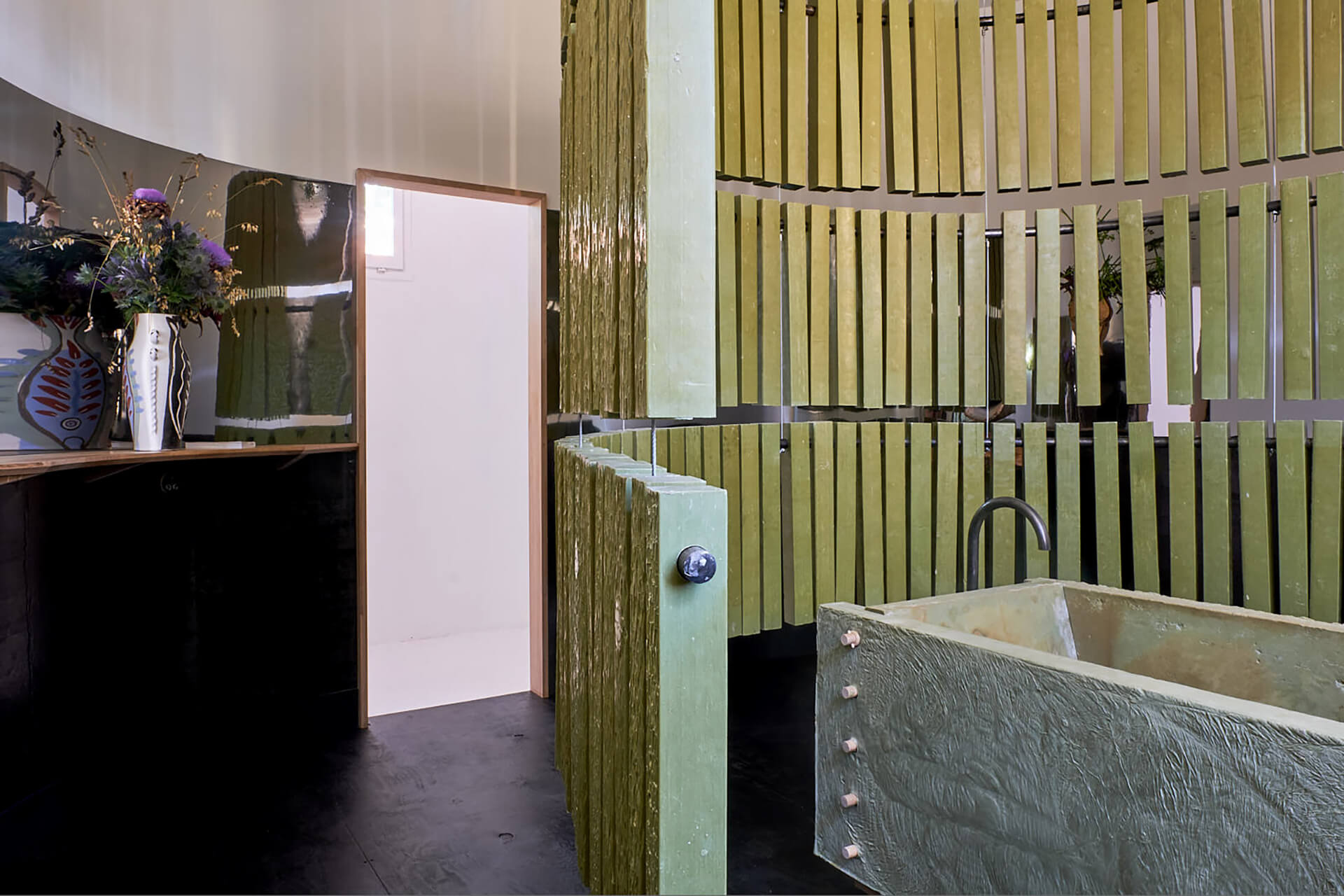 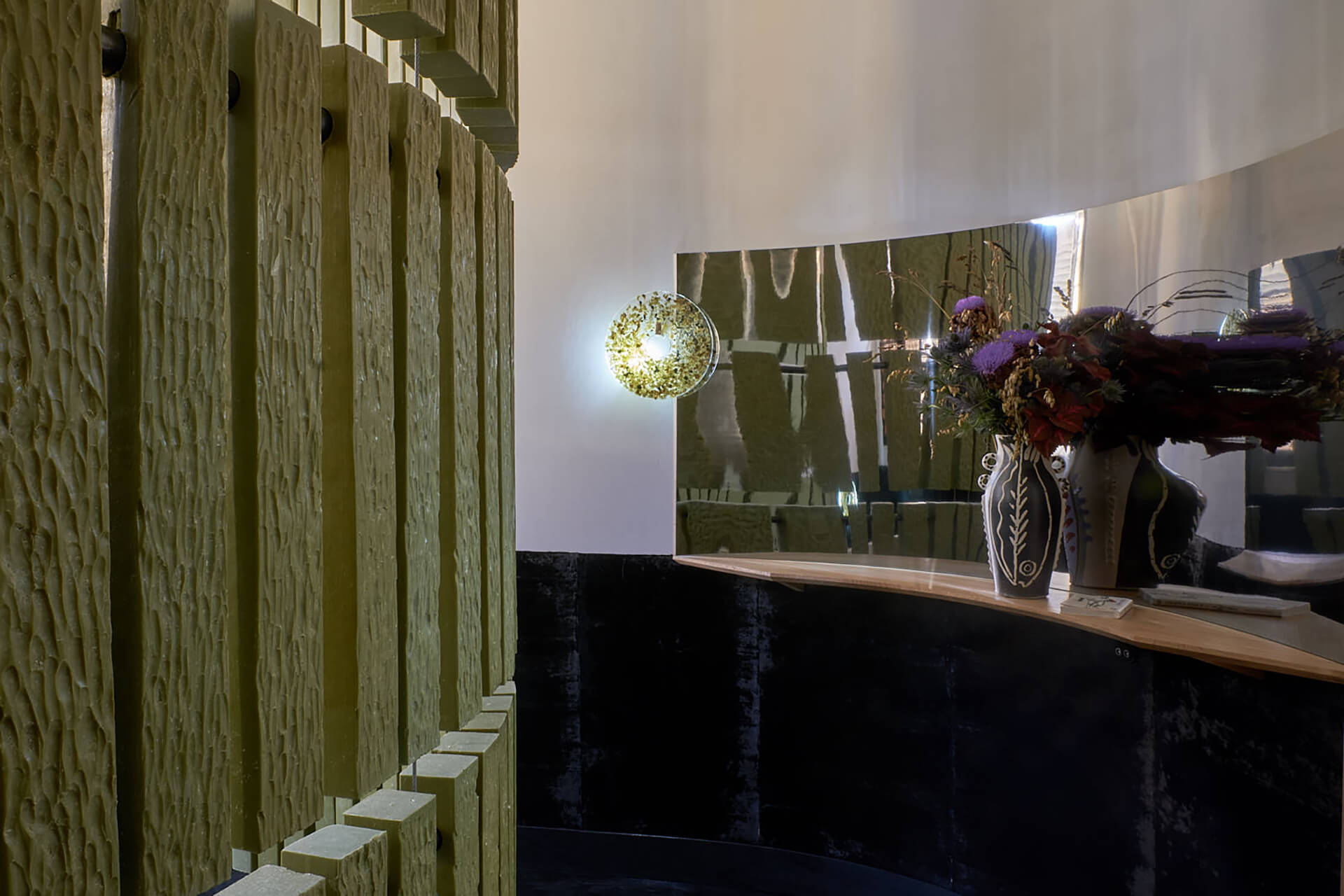 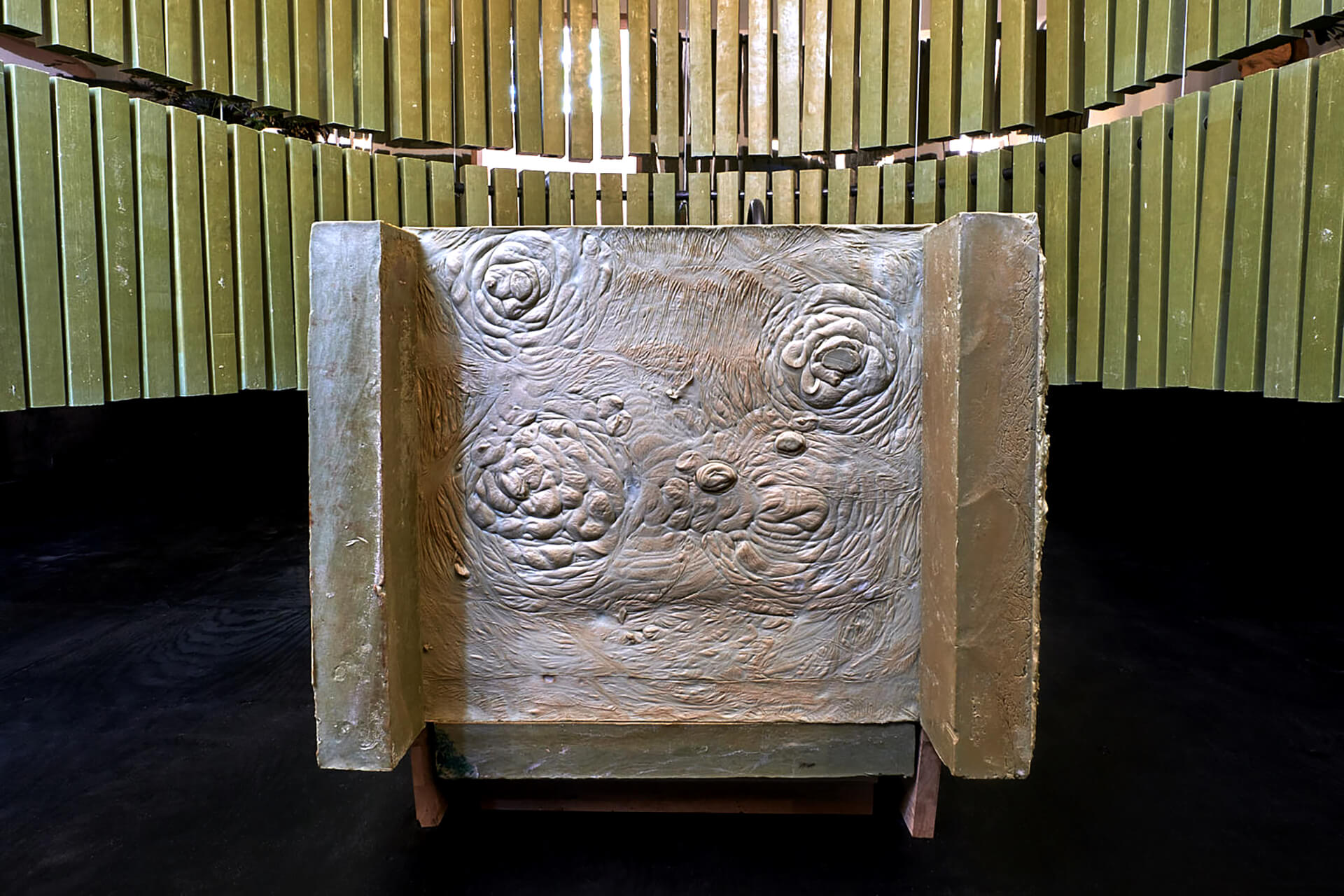 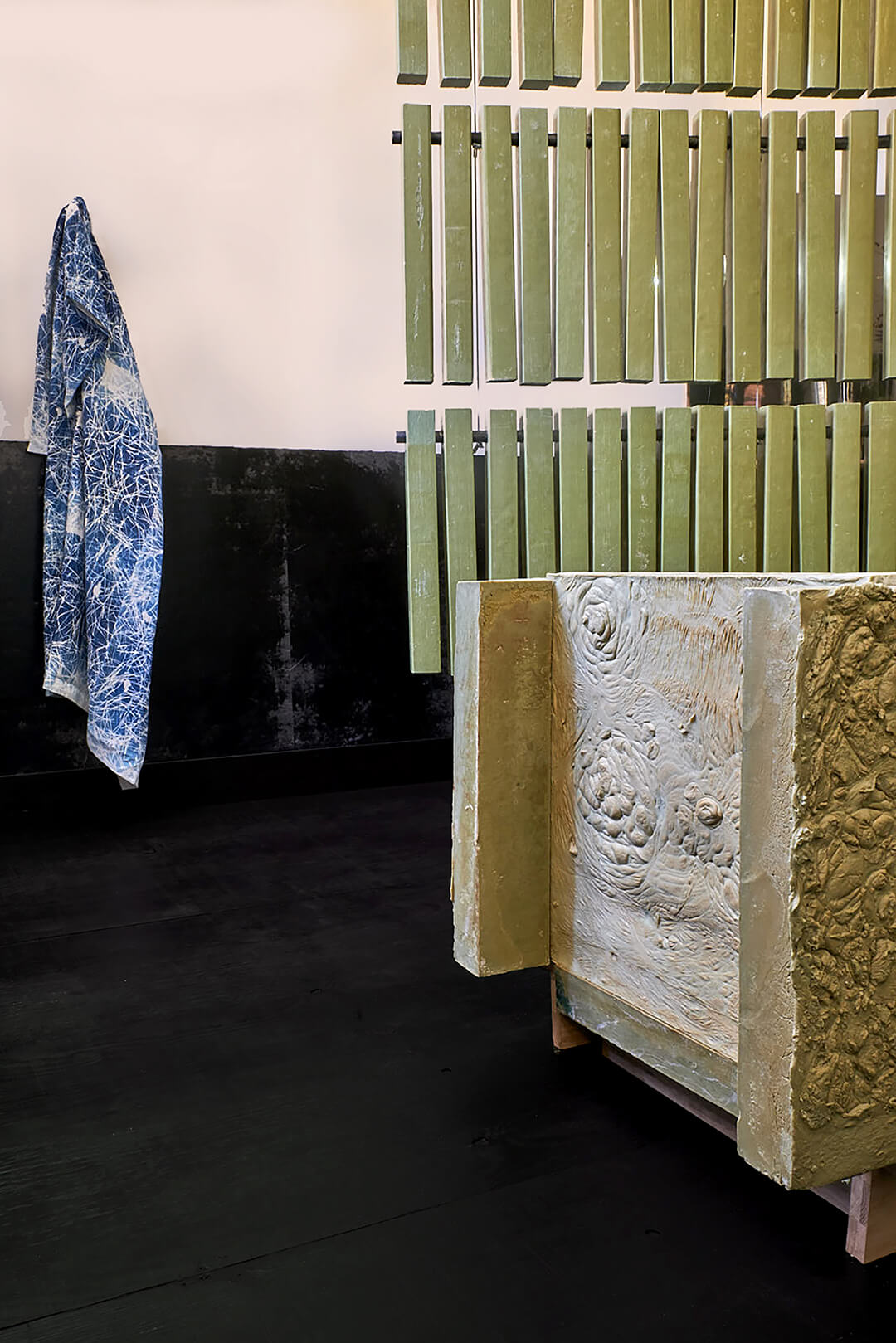 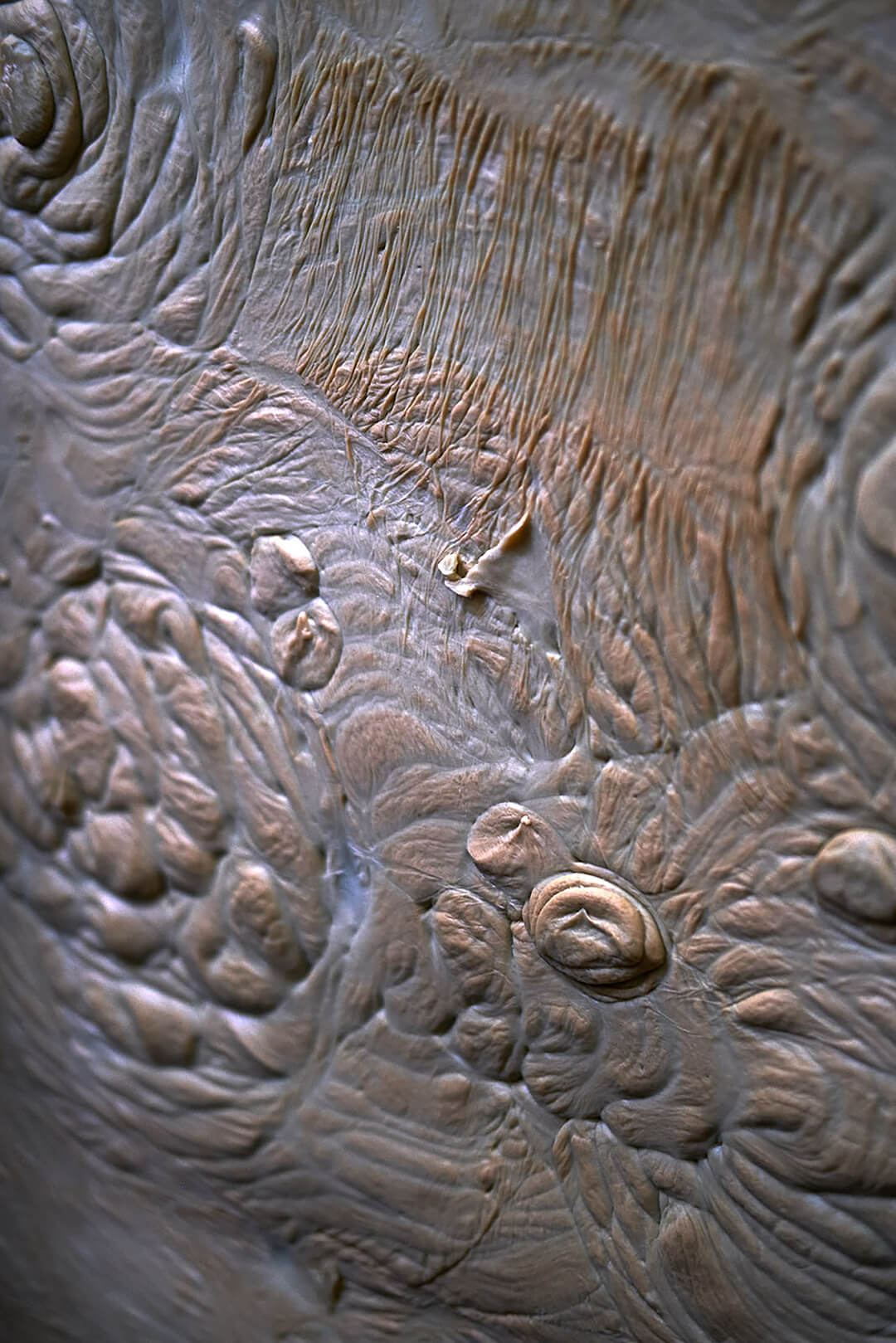 Paris-based Thibault, though, hadn’t been in the region up until recently. Last August, Pellottiero introduced the surface designer to his childhood home at ‘the arid but olfactory’ Bormes-les-Mimosas, right outside of Toulon. The scent of Marseille suds became the leitmotif of those holidays, and the duo started entertaining ideas of working with the bars. The call of Design Parade came along and gave them an excuse to surprise themselves by rethinking the possibilities of that trademark mix of sea water, lye and olive oil. ‘What if we could bathe inside the soap itself?’ they asked. The idea of a meta-bathhouse emerged. During their tests at the Savonnerie Plaisant in nearby La Seyne-sur-Mer, they noticed that the bits of soap left behind after emptying the moulds resembled pieces of marble. That’s when they started treating soap as a material far more exquisite than its humble omnipresence would suggest.

And visitors who entered the resulting installation reacted accordingly. Some couldn’t resist touching the bars (guilty). Others asked where the cicadas came from (the duo wanted to fit the Mediterranean region inside the room, so they had a friend record live cicadas in the early summer; three motion sensors inside the space activated the sound loop). A local woman lovingly insisted on taking a bar of soap home with her (non).

Why did it all work? ‘We put experience ahead of aesthetics,’ Pellottiero, an interior architect, explained. The jury members, though, praised both.

Once the Design Parade Toulon exhibitions close their doors in November, the room will be dismantled and the bars of soap will be distributed in town – someone please tell that local woman. So here’s a project that joyfully checks multiple boxes: it is relatively circular and close to waste-free. It elevates a local, quotidian, overlooked product to the status of storytelling material. Low tech and high heart, it manages to showcase a nearly universal sensory narrative that far more complex installations don’t come close to. In a digital world, where everything lasts forever, this particular material iteration of the installation cannot be replicated. And for a humble room made out of soap, that’s certainly a clean sweep.

THE TAKEAWAY
Many of the multisensory installations we’ve seen in the past two years end up being an exercise in tech-aided gimmick. Some of the most effective ones, though, keep it simple – and even ancestral.