Want to sleep inside an Almodóvar film? Here’s Hotel Axel in Madrid

Judging from the flashy textiles seen in the production stills of Dolor y Gloria, Pedro Almodóvar’s work in progress, the director might be bringing back some of the zaniness of his earlier movies. But for those urgently craving the colourful insanity of the universe that gave filmgoers a taste of knockout gazpacho and oddly masochistic knitting lessons, El Equipo Creativo has provided an alternative with the la-movida-inspired Hotel Axel. 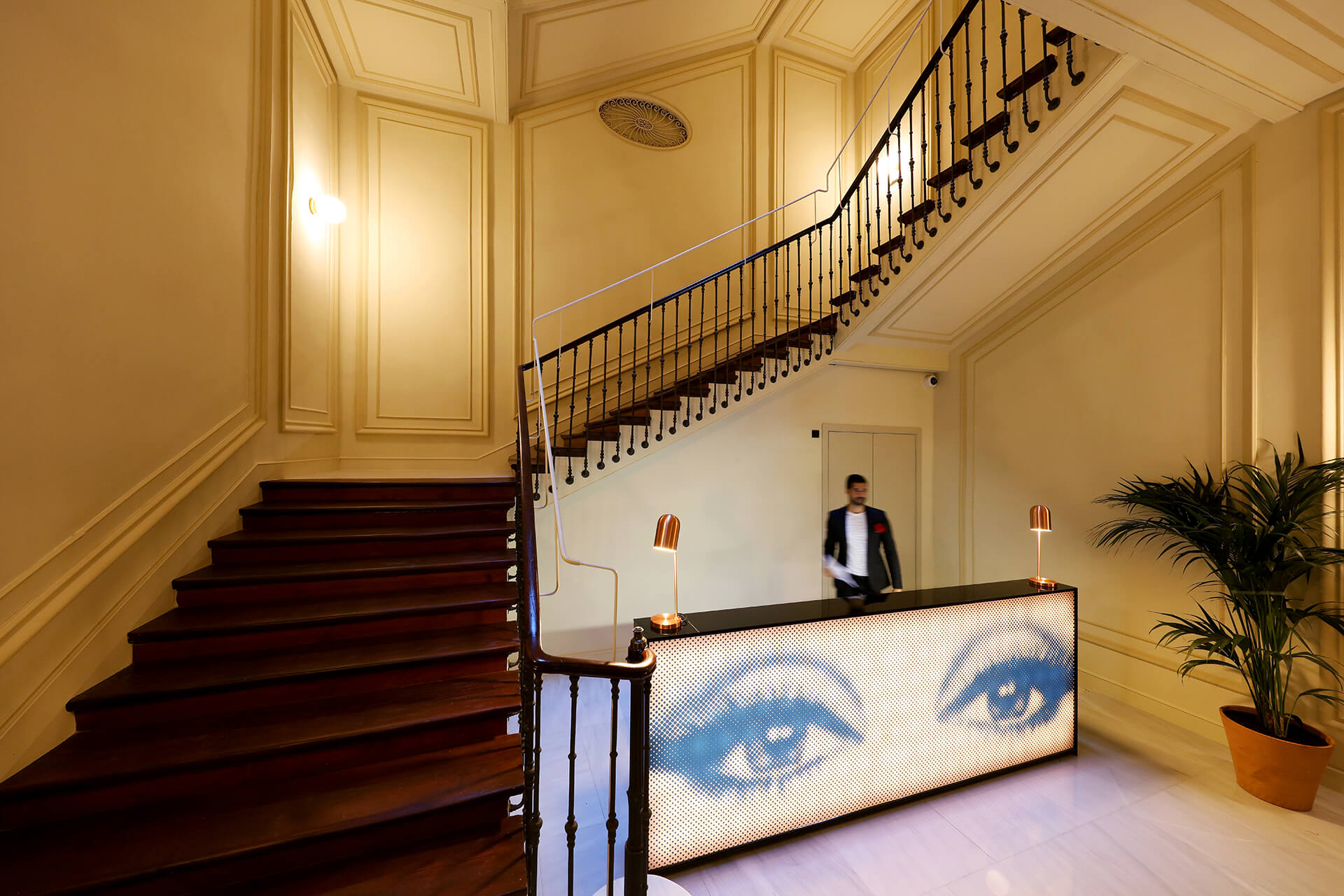 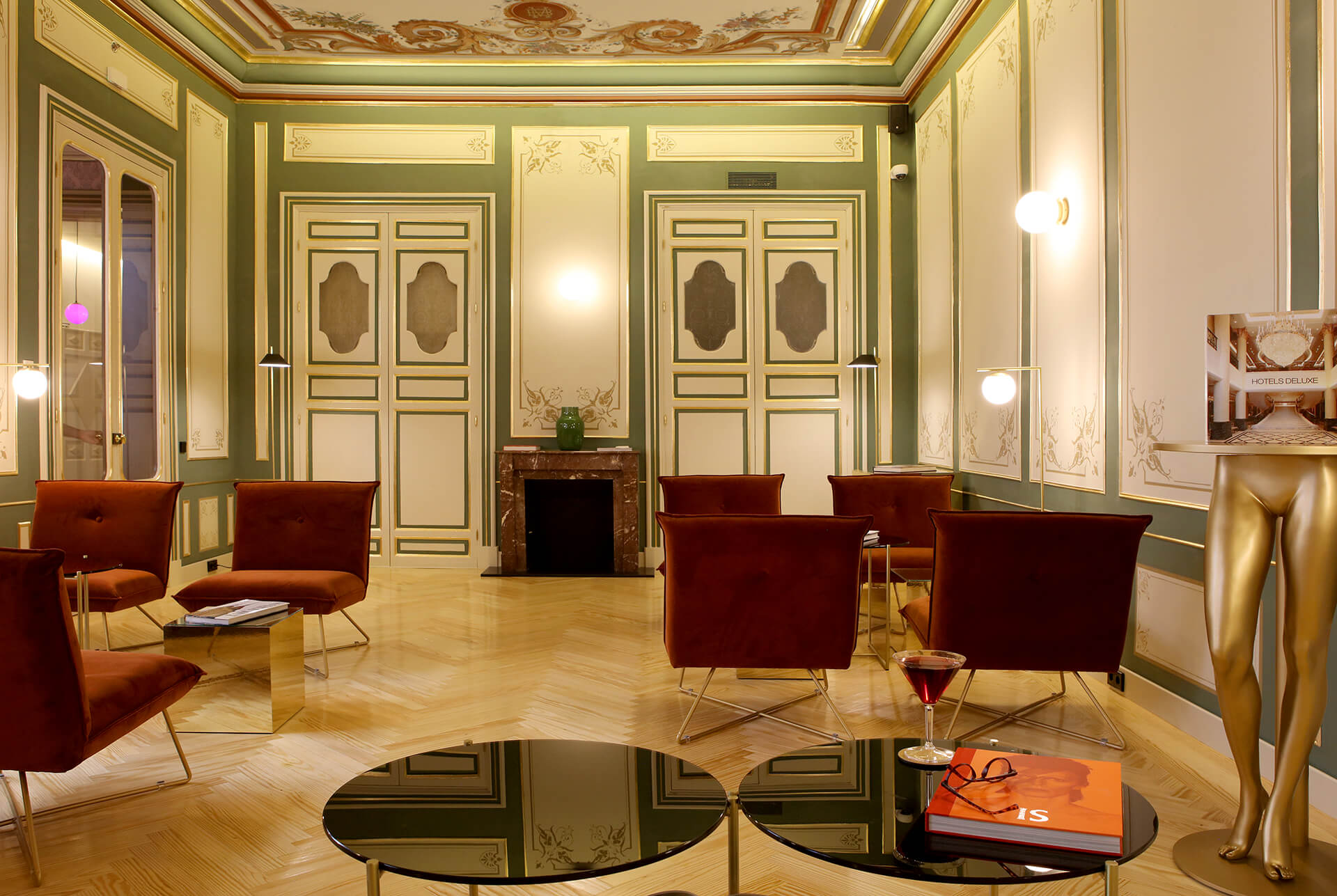 The new lodging is located in Madrid, the epicentre of the 80s countercultural movement that saw the rise of Almodóvar and a handful of musical greats. As the Spanish capital is slowly dusting off the remnants of the recent economic crisis, the city is redeveloping a taste for la movida, which was born in the 80s as the country was slowly dusting off the remnants of the Franco dictatorship. The world, in turn, is developing a taste for Madrid – in 2017 alone there was a 20 per cent rise in the number of international visitors to the city. It’s the perfect time, then, for a hotel like the Axel to show up on the scene.

El Equipo Creativo had a great foundation to work with: HI Partner’s nineteenth-century building, full of baroque details, is set within in El Barrio de Las Letras, the literary enclave of Madrid. Atocha Street, where it’s located, has been the stage for some great fictional events – detailed in the work of Benito Pérez Galdós and Pío Baroja – as well as the location for some of the political struggles that shocked and shaped the city – 1977’s killing of Atocha, which happened literally a few doors down from the Axel, comes to mind. 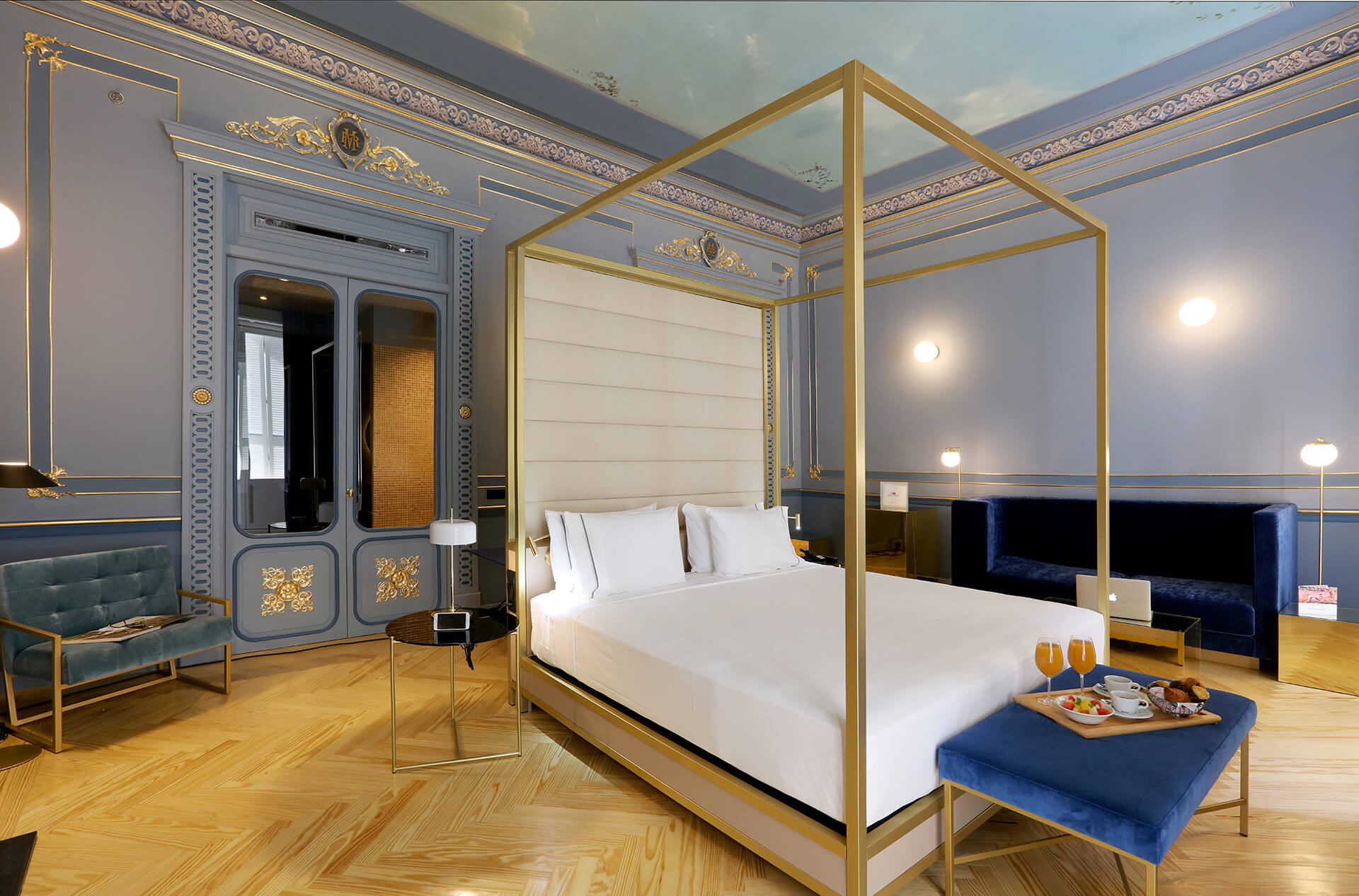 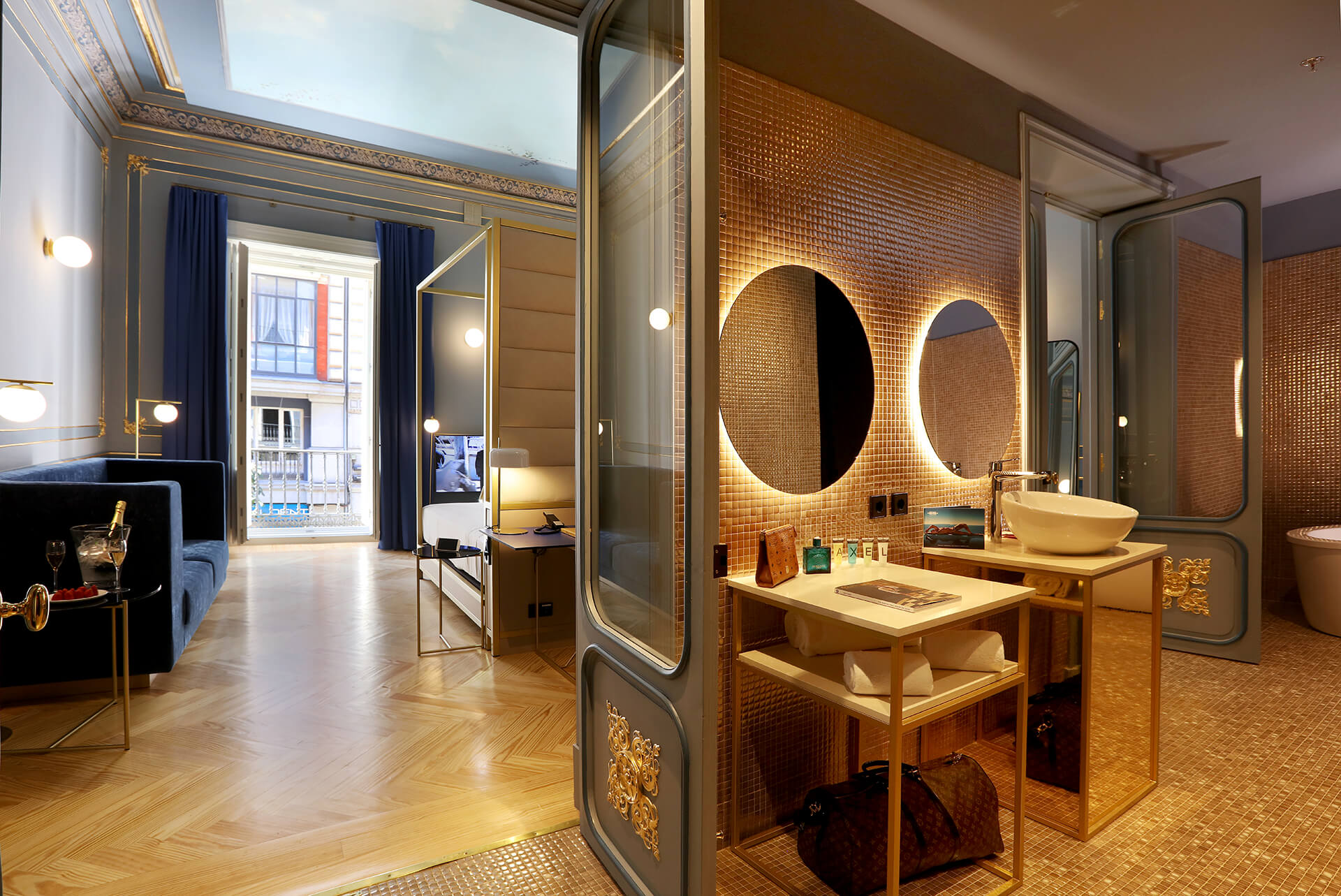 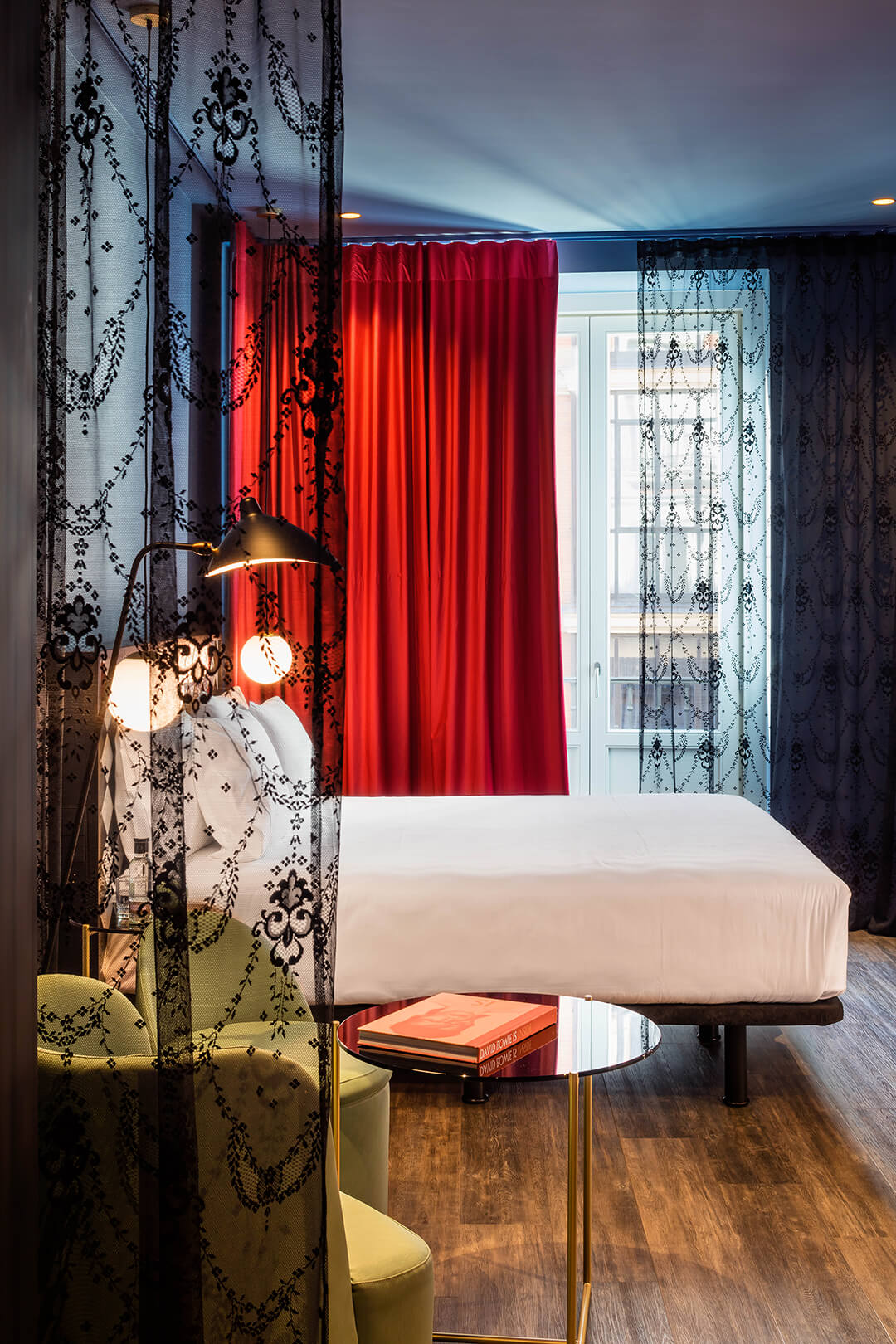 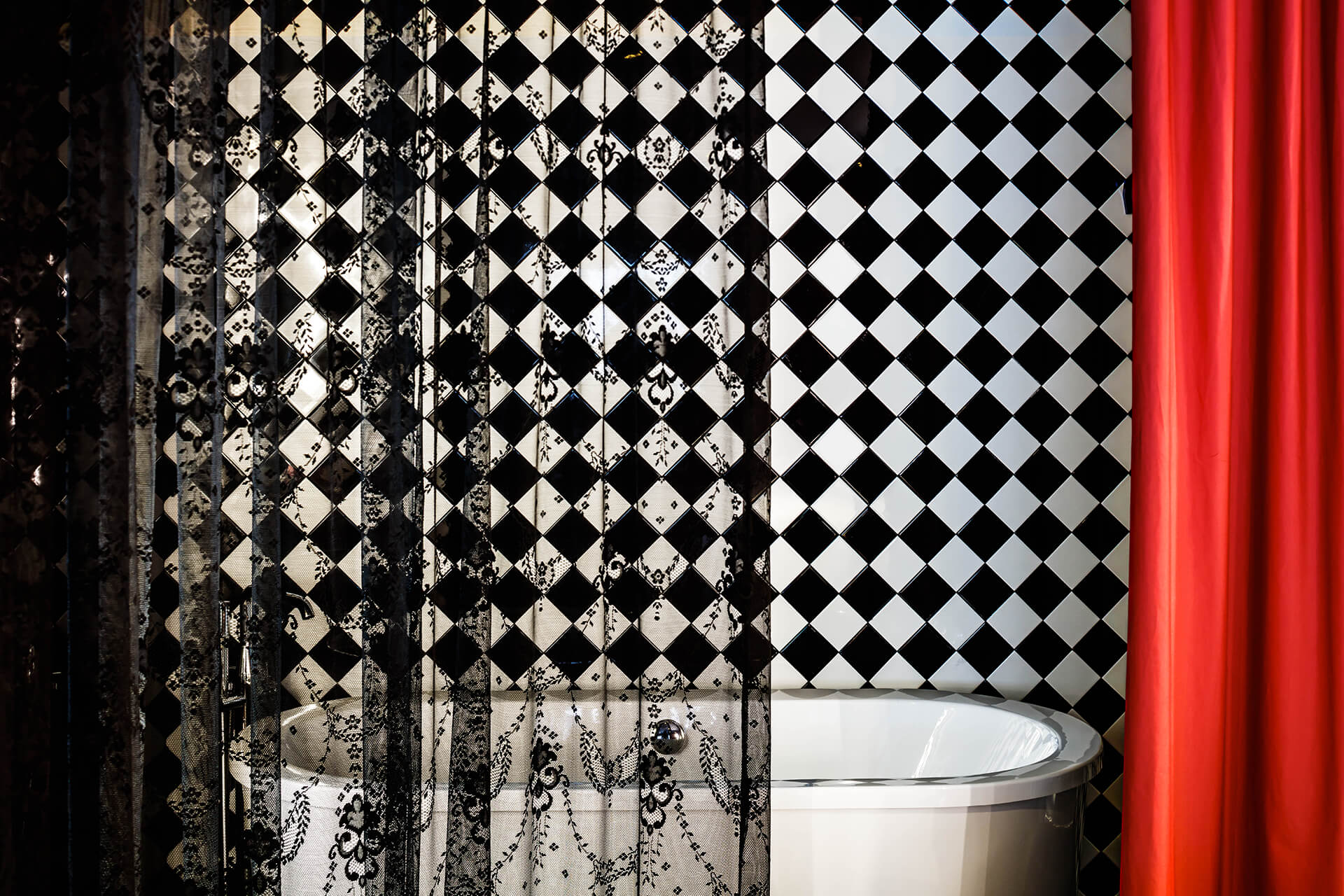 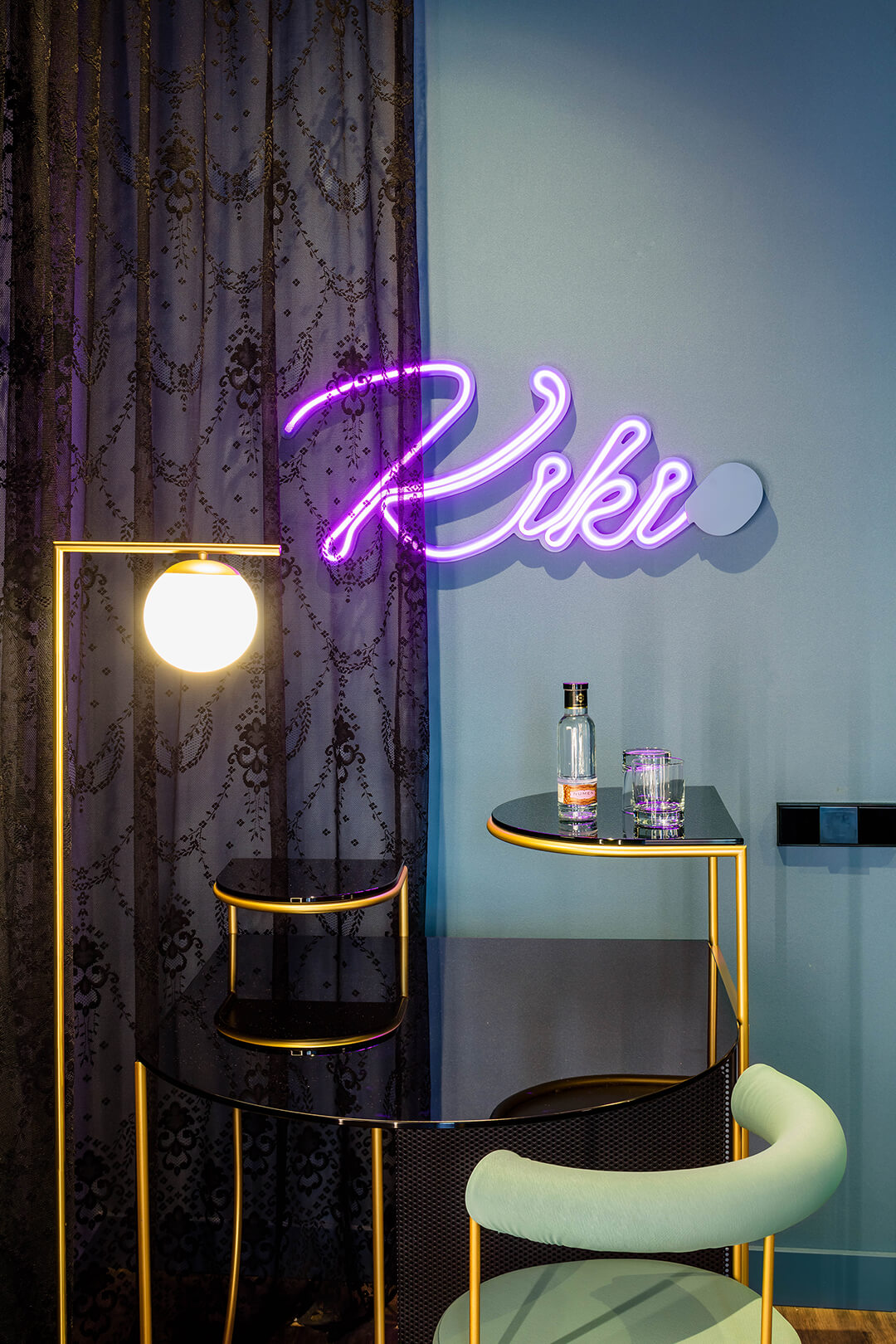 The beauty of El Equipo Creativo’s proposal is both in how it respects these references as much as it enjoys revelling in the anything-goes attitude of la movida. Case in point: the backlit signage that leads visitors throughout the corridors pay tribute to the typographic work of the opening credits of Almodóvar’s Women on the Verge of a Nervous Breakdown and High Heels, while the actual content is a reference to the chorus of voices of the city’s Comedy Playhouses in the Golden Century – in this case, they’re singing ‘I’m crazy in love with the menu here.’ 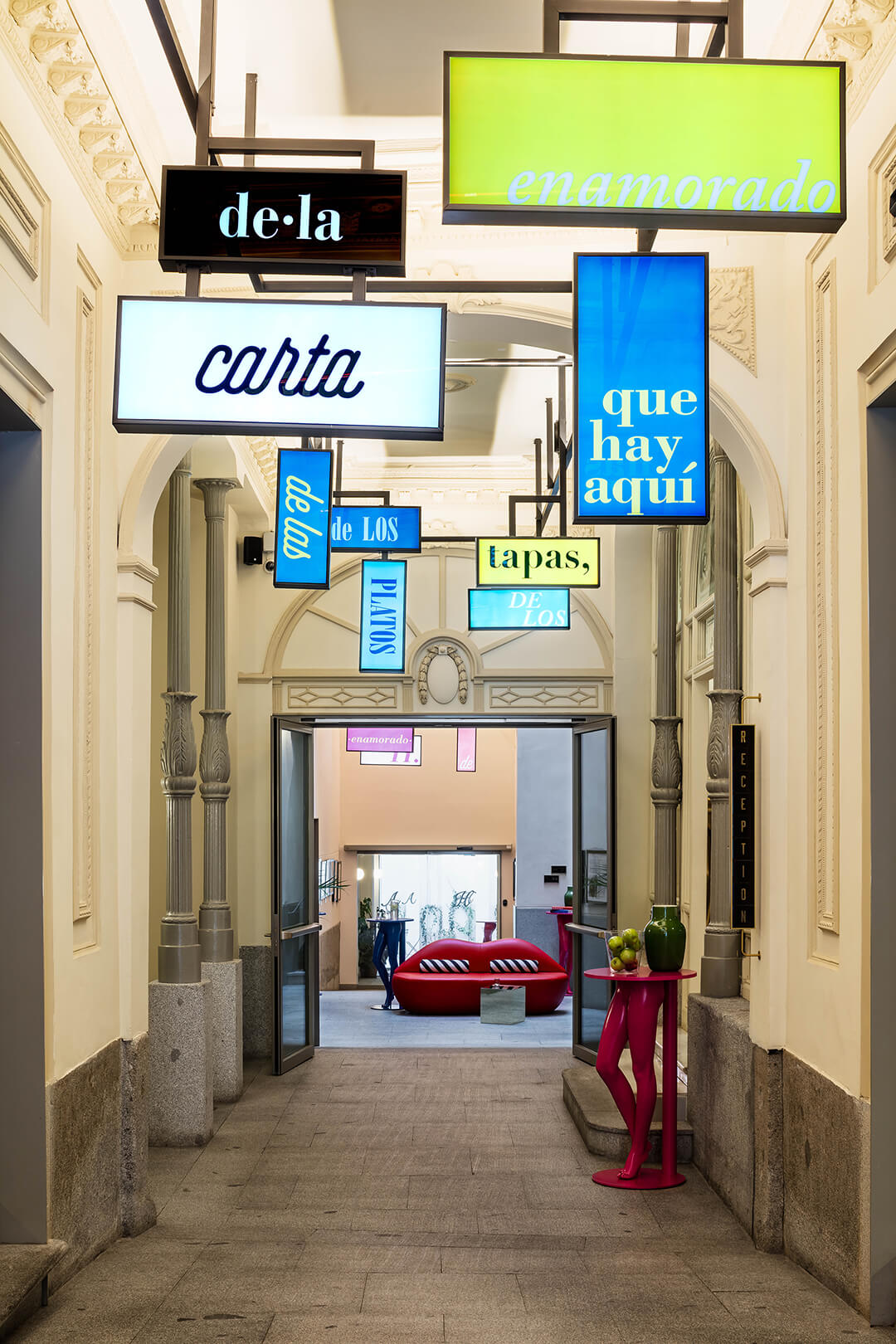 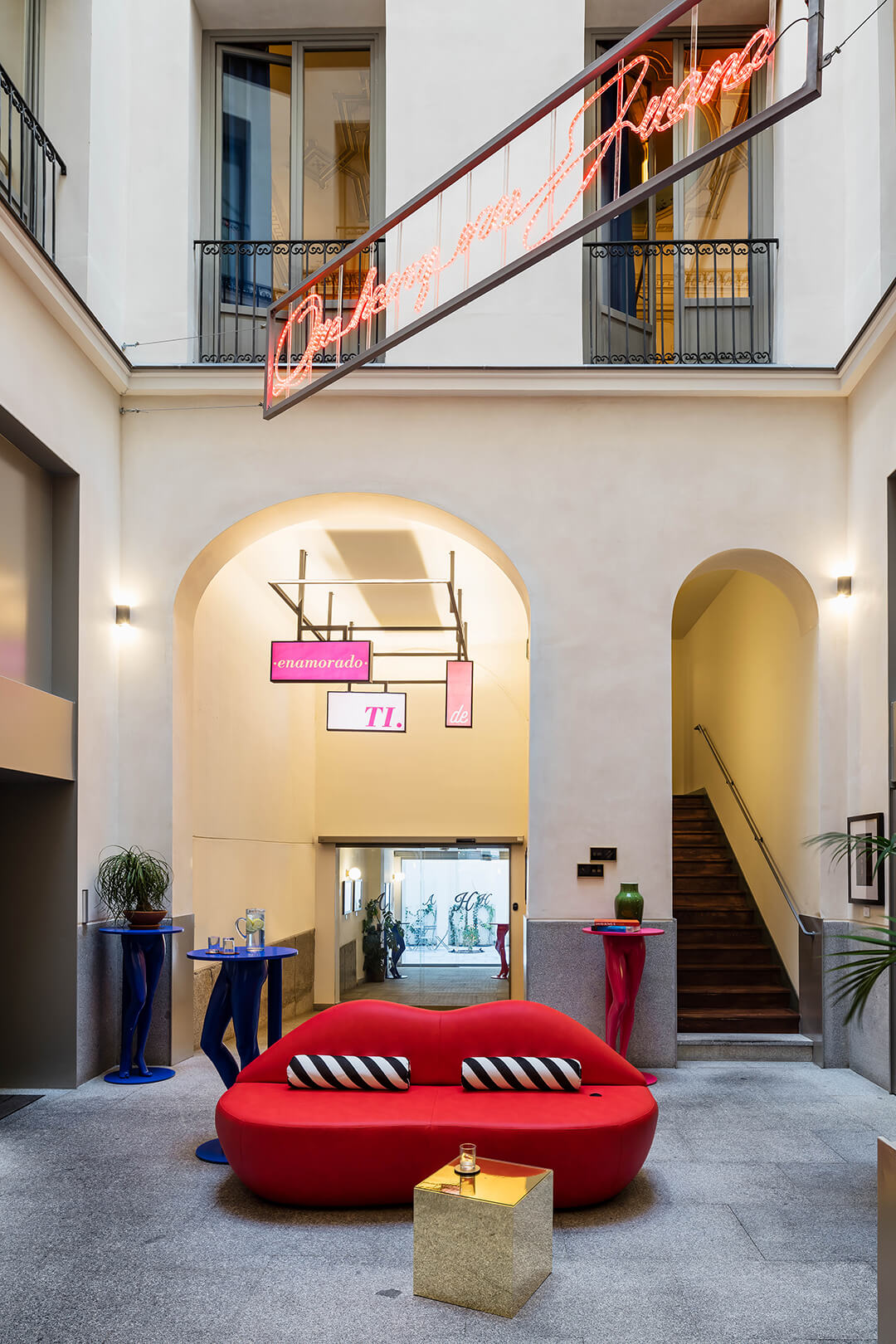 ‘The main goal was to create a hotel that exuded an atmosphere of liberty and fun, with a certain disruptive touch,’ explained Oliver Franz Schmidt, Natali Canas del Pozo and Luchas Echeveste Lacy, the designers behind the award-winning Equipo. Looking at the results, consider it achieved.