While the closing had already been scheduled for later that year due to financial strife suffered by the airline and the centre’s inability to accommodate to the size of modern aircraft, the September 11th terrorist attack rendered the action urgent. Consequent to the tragedy of that day, thousands of airline employees had been laid off and, two days before Saarinen’s masterpiece closed, George W. Bush signed a contentious billion-dollar industry bailout bill.

The decision to close the TWA flight centre didn’t just retire the building’s function: it also spelled out the end of the airline itself, which, since the 1930s, had symbolized the freedom of aviation in the United States. Some 15 years later, MCR and Morse Development’s groundbreaking of the 18580-sq-m-TWA Terminal – announced by the state’s Governor Andrew Cuomo – represented more than just the redevelopment of a heritage building. It was a move toward reclaiming America’s history and relationship with air travel.

The revitalization of Saarinen’s iconic work surpasses preconceived notions of airport hospitality and creates a desirable experience – a once in a lifetime opportunity, according to Stonehill Taylor’s senior interiors associate Sara Duffy. 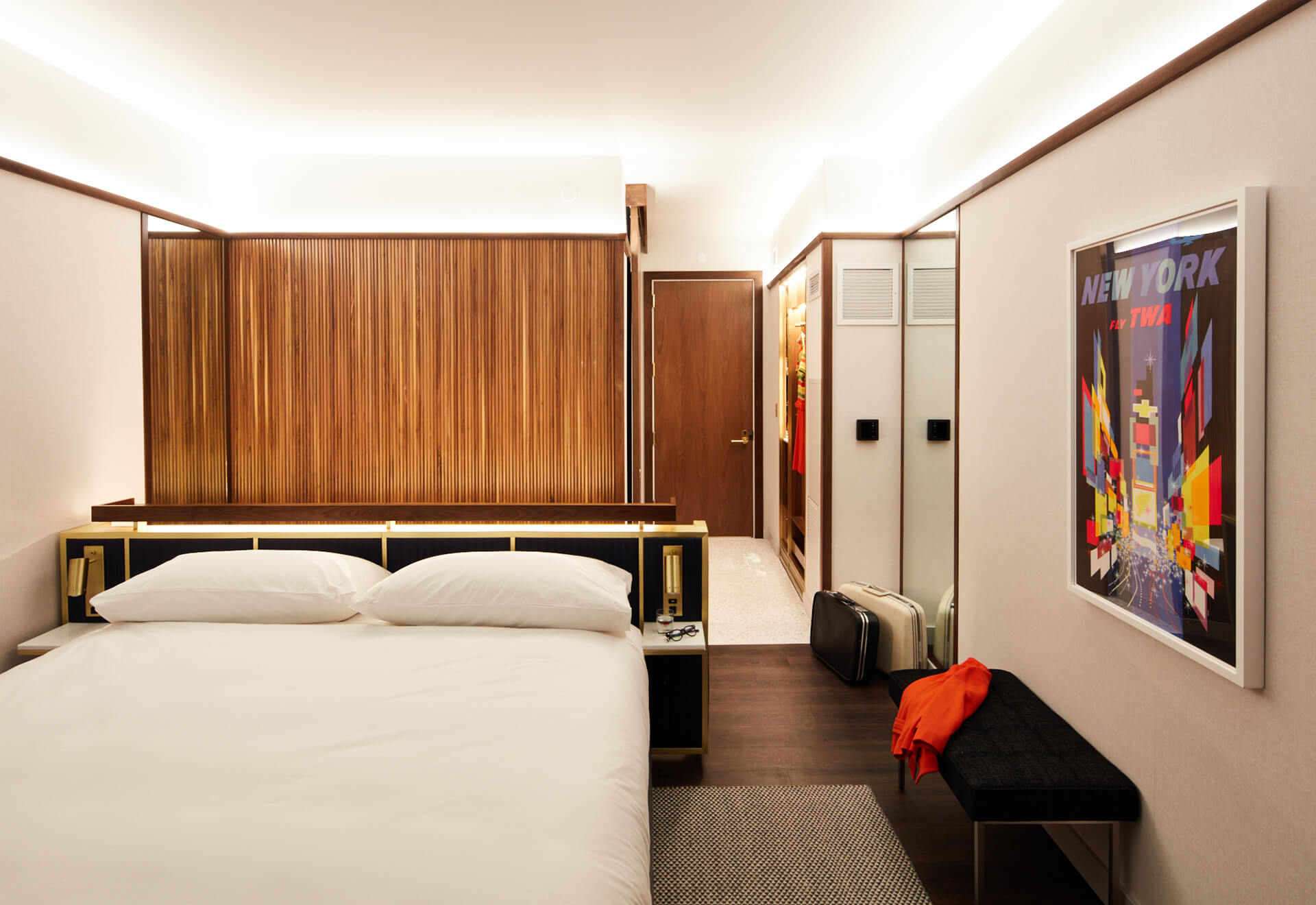 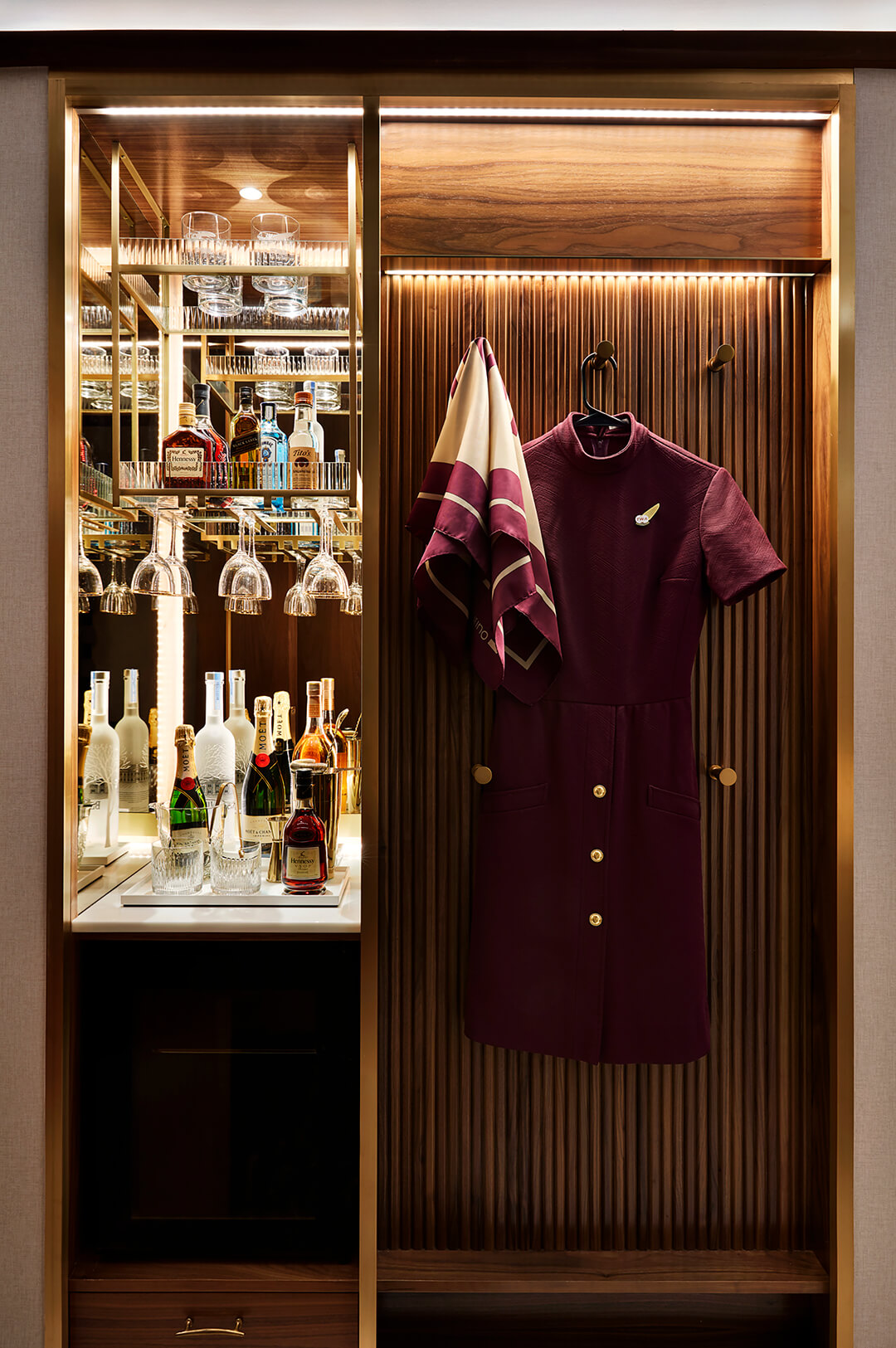 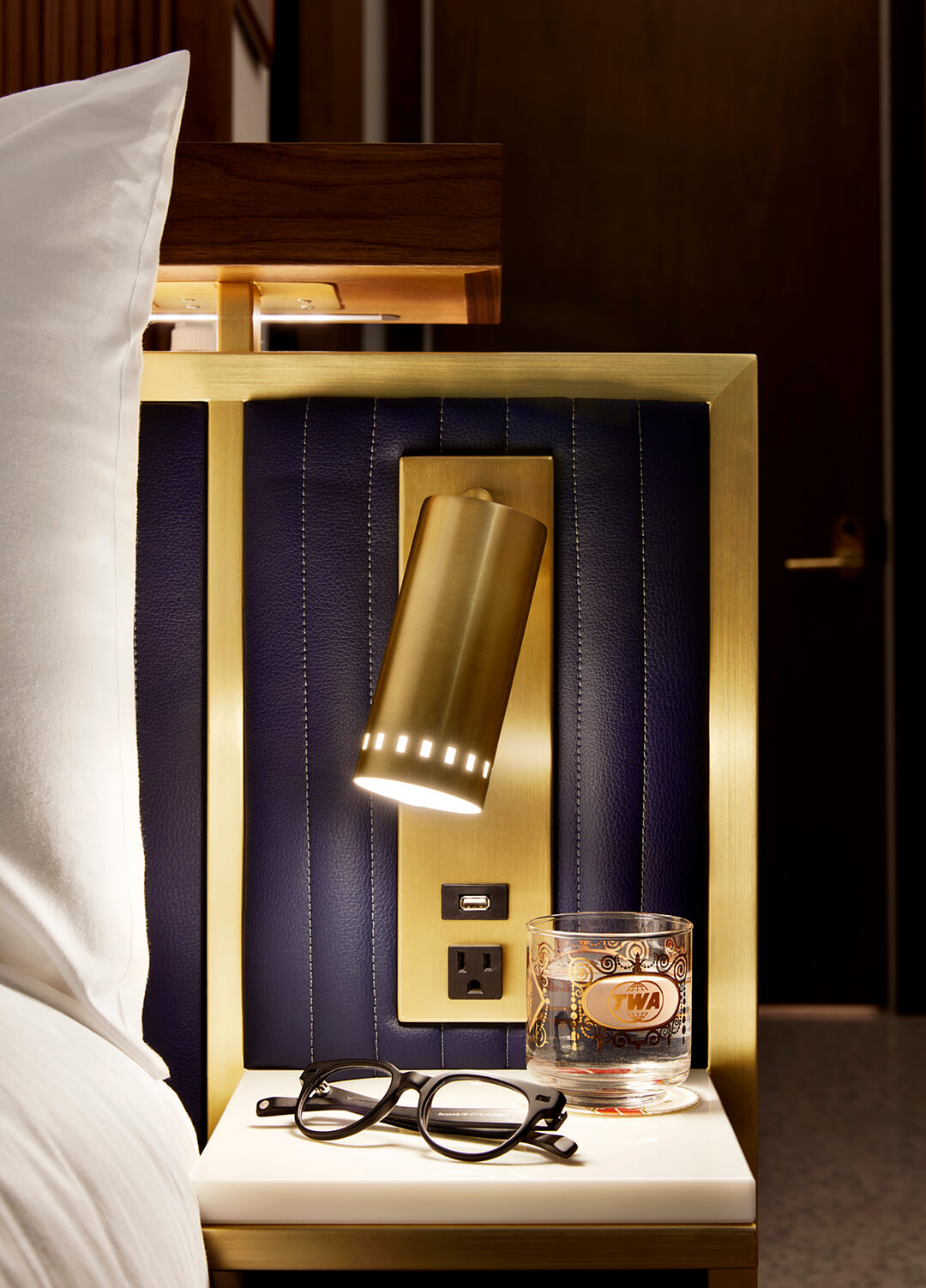 What were some of the design challenges in making sure that the guestroom interiors would be relevant today while still appropriate to the building’s modernist heritage?

SARA DUFFY: There was an endless amount of inspiration – from Saarinen and Knoll to TWA and the rise of aviation in the “golden age of flying” to the general period of the 1960s. This was such a monumental time in US history with a fair amount of significant and rapid change; so, how do we distill all of this down into a concept that both captures this iconic era while still creating a design that feels current and timeless? Our goal was to bridge between past and present.

We wanted to utilize original pieces, like the Tulip table and the Womb and Executive chairs designed by Saarinen for Knoll, but we didn’t want to make the guest feel like they’ve entered a museum. Alternatively, we also didn’t want the guest to feel like they’d walked into a room filled with 1960s paraphernalia. We needed to find a way that felt refined, innovative, and most importantly, contemporary. 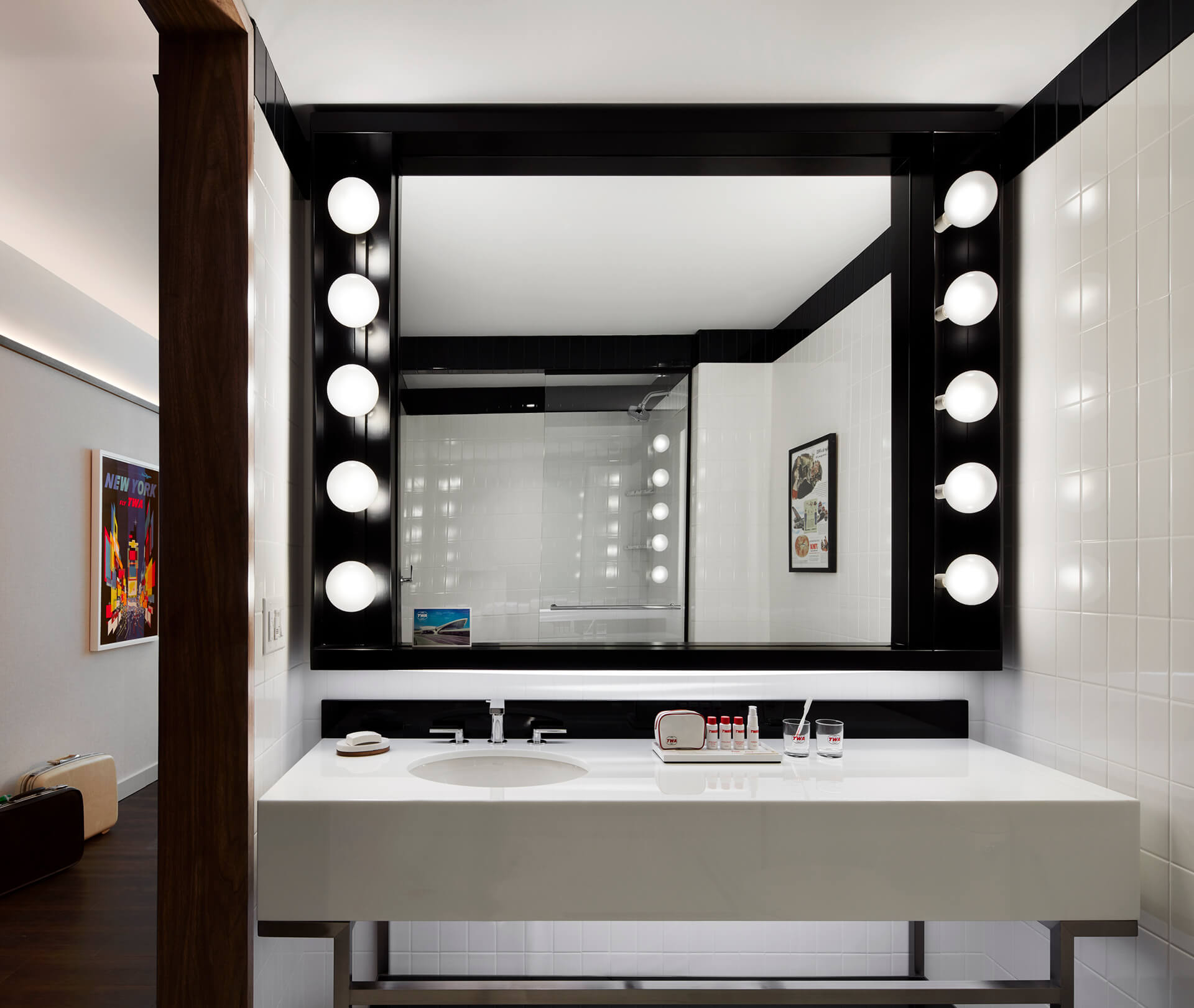 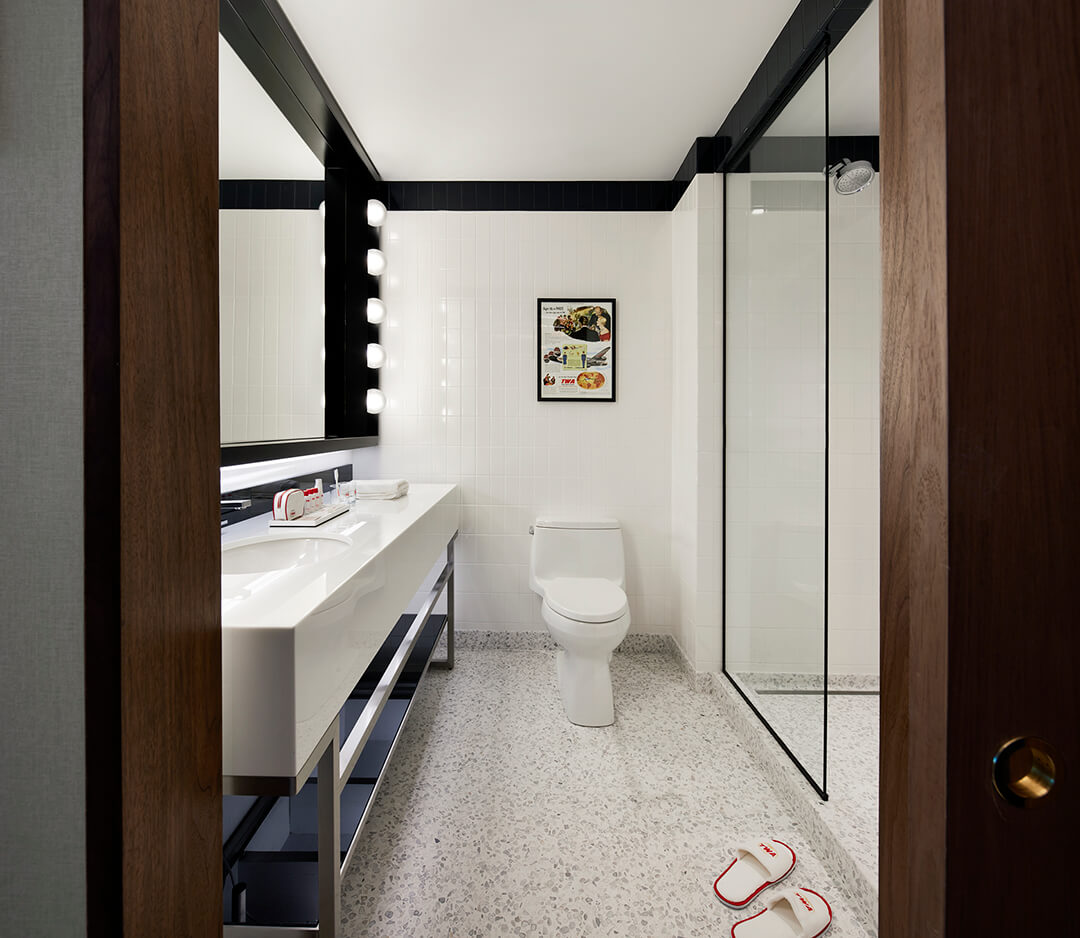 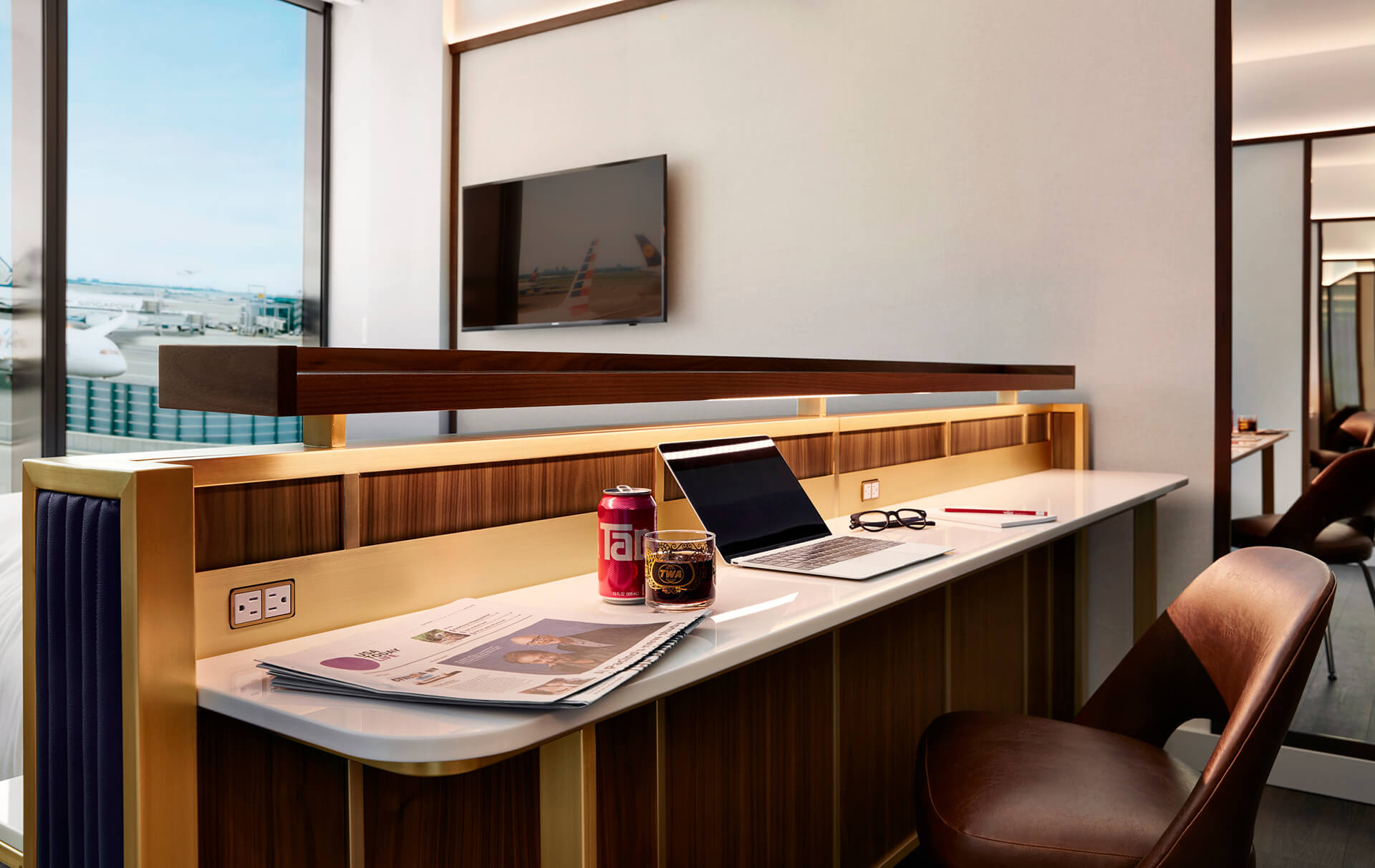 When designing for such an international guest base, what must be considered?

We were mindful of the busy transient guests, and the efficiency they will require. The room design achieves this by providing ample horizontal surfaces and numerous plug-in capabilities throughout the room. The layout and beds are oriented so each of the rooms offers a quiet refuge to enjoy the views onto either the runway or to the original Saarinen masterpiece through floor-to-ceiling windows.

What was your team inspired by beyond the mid-century nostalgia?

Our entire team was already extremely familiar with the Flight Centre. At the start of the project, we really wanted to dig deeper into the history of the building. We purchased every single book we could find on Saarinen, TWA, and the Flight Center. We also had the opportunity to explore the Scandinavia House for a viewing of Eero Saarinen: The Architect Who Saw the Future, a documentary on Saarinen’s life and work produced and directed by Peter Rosen. Co-produced by Saarinen’s son, the film gave a very intimate portrait of the architect and his vision.