‘Mayan temples and Stonehenge have something in common,’ according to Studio Swine co-founder Alexander Groves. ‘They both represent humanity’s primordial devotion to the sun and ability to measure the star’s power as a source of life on earth.’ For the British artist and his partner, Japanese architect Azusa Murakami, technology and nature are inextricably linked. Whether it’s ancient architecture or clocks that track the intangibility of time, mechanisms have always been developed to try and rein in such immaterial energies, to allow us to gain a better understanding of our connection to the cosmos.

For technology to be more integrated in our lives, it has to be less distinguishable from real-world materials

A marked departure from its object-based and narrative-driven approach, the London design duo has spent the past few years developing open-ended and experiential projects that give shape to ethereal forces. Works like the 2017 New Spring sensorial installation – developed with fashion brand COS – and the 2018 Infinity Blue breathing sculpture implement new technological interfaces. ‘Rather than use standard LEDs or screens, we’ve investigated this relationship through the use of ephemeral components found in nature,’ Murakami explained. ‘For technology to be more integrated in our lives, it has to be less distinguishable from real-world materials.’ 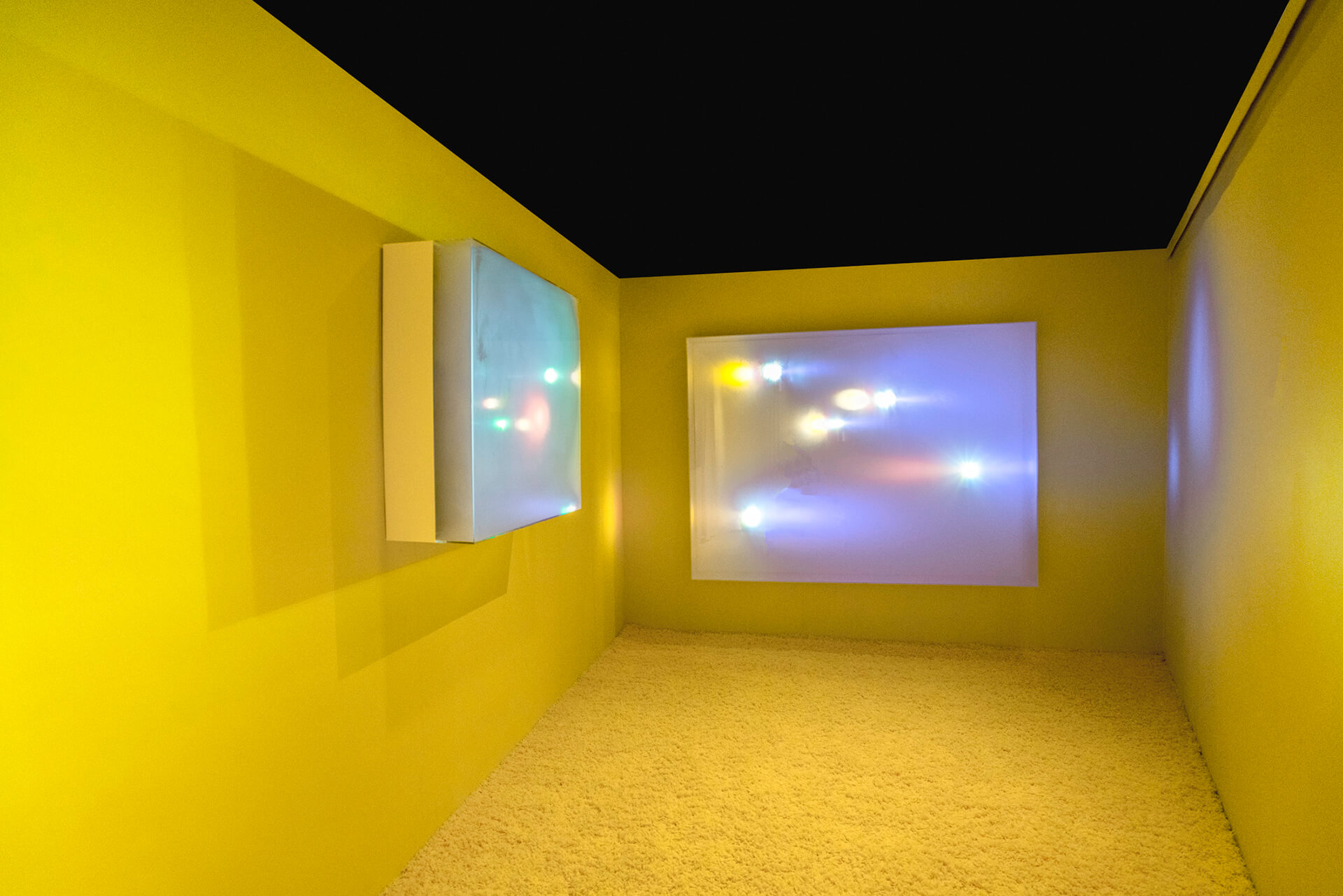 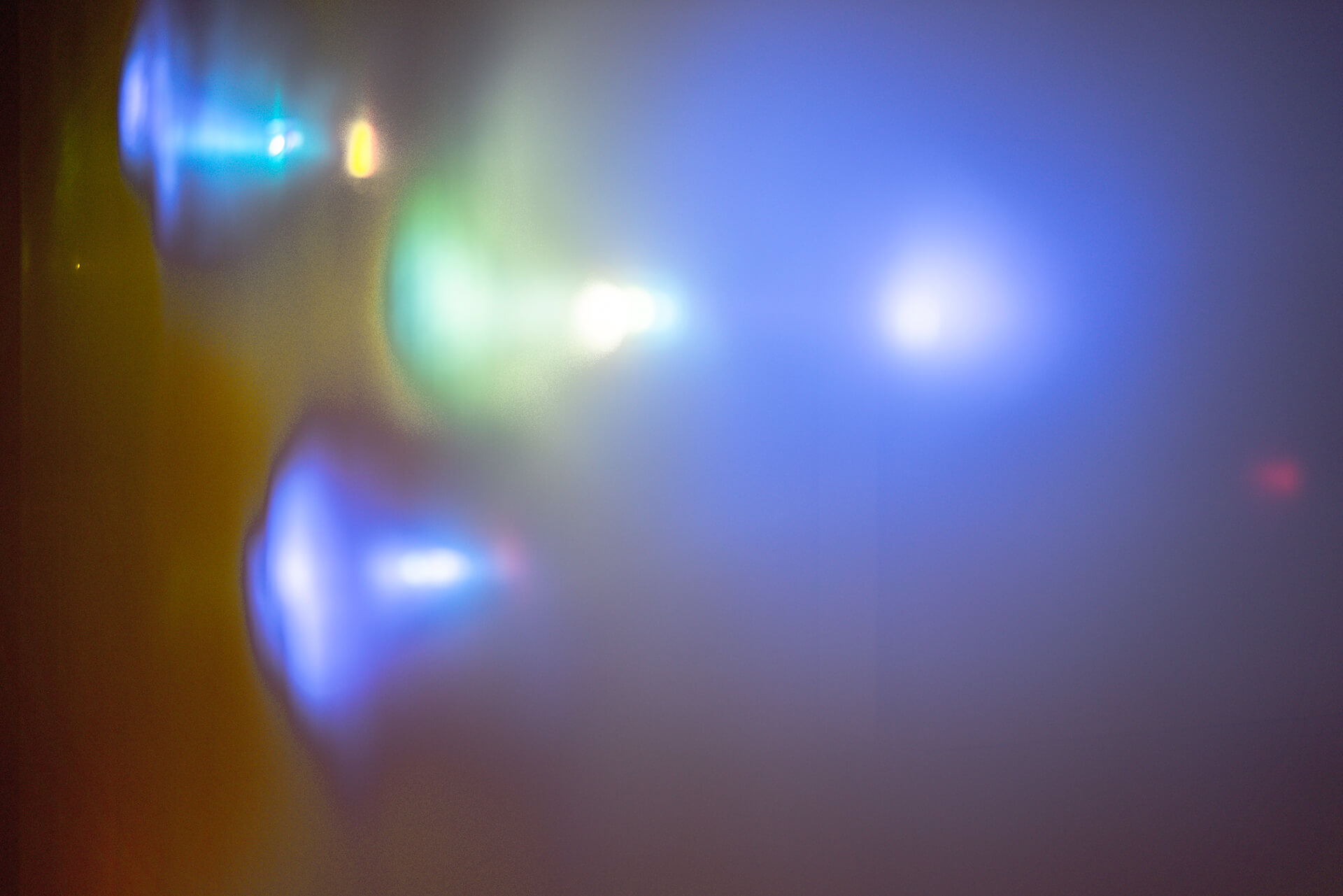 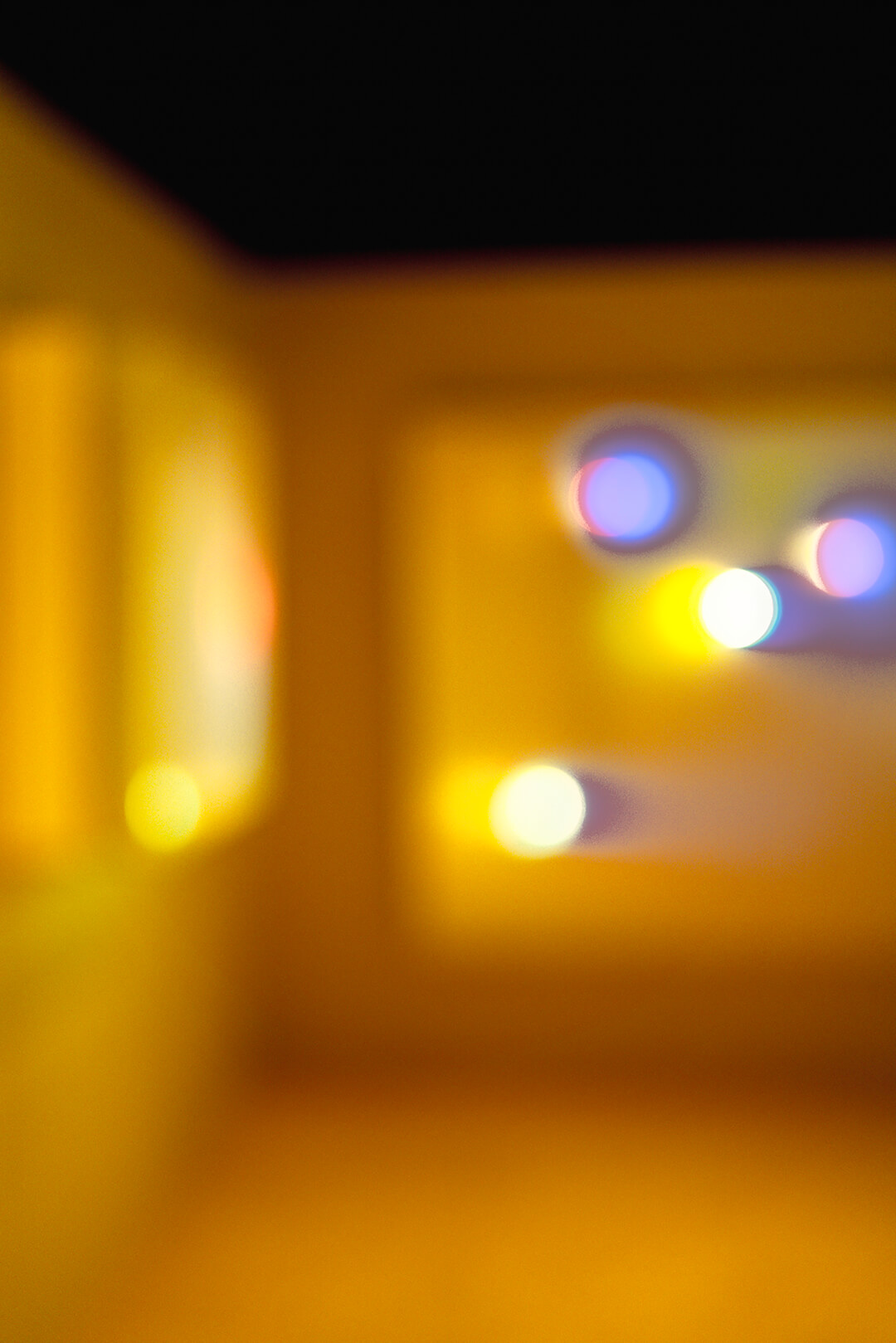 Created in partnership with the nearby Urban Glass factory, The Dawn Particles collection is comprised of various glass-blown Krypton light-works. The wall-mounted linear and amorphous sculptures contain and pulsate various levels of magnetized plasma to emit light. The Fog Painting series champions the volumetric properties of contained fog to project dichromatic light and simulate the rotation of the sun thanks to the use of robotics. Studio Swine developed the Dawn Particles and Fog Paintings works at A/DO, making full use of the incubator’s fabrication labs and a wide range of onsite expertise. This interdisciplinary context pushed the duo to work on a more instinctual level.

We were drawn to the dramatic skies and sunsets that are often visible in Greenpoint, where A/D/O is located 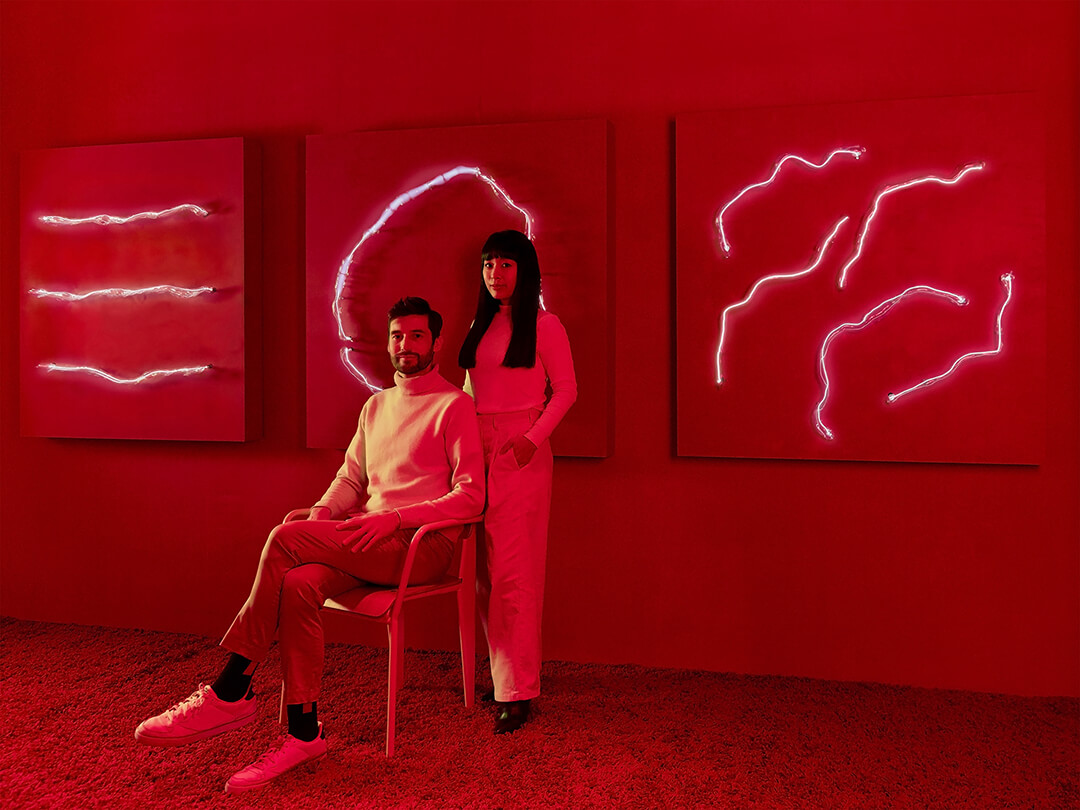 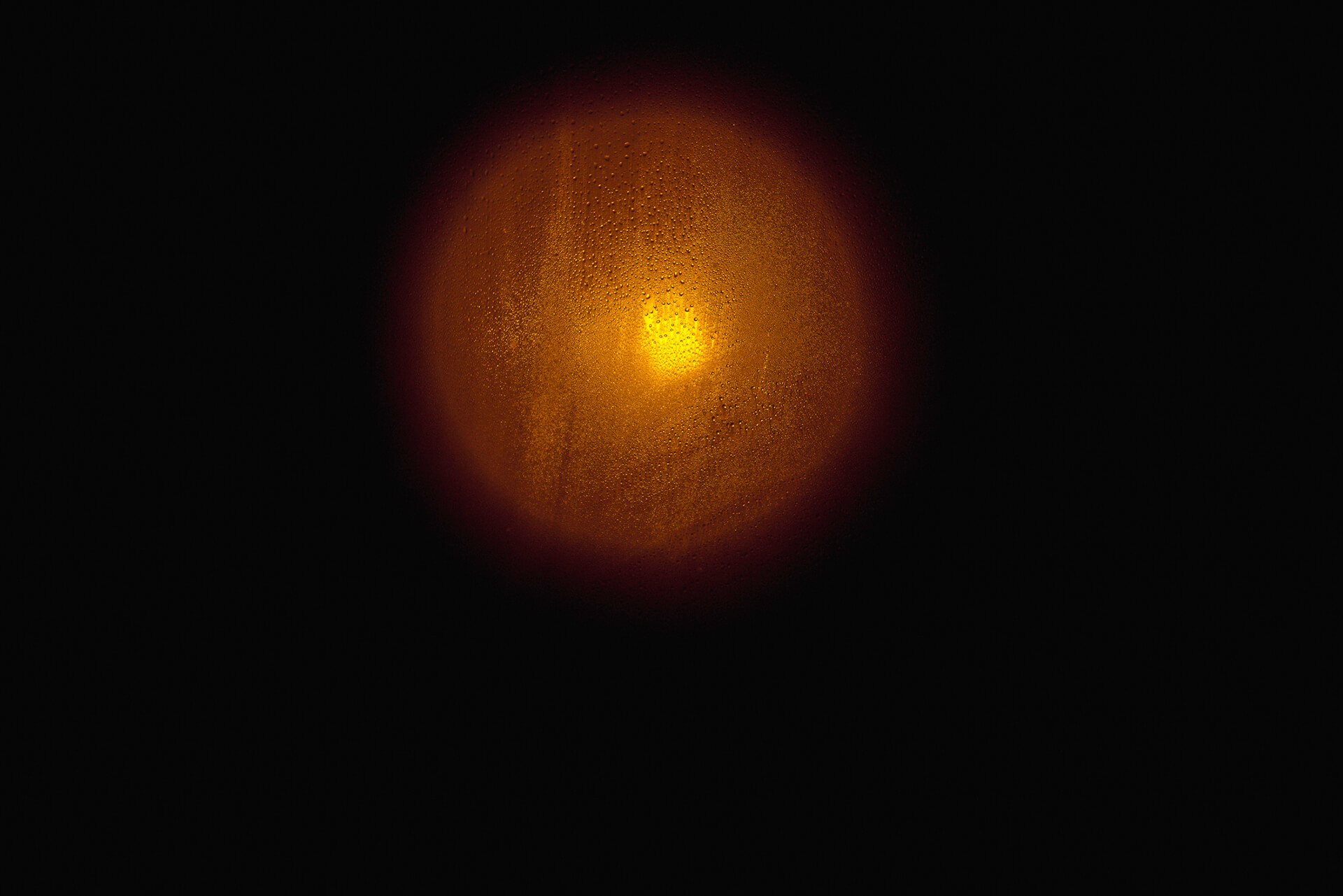 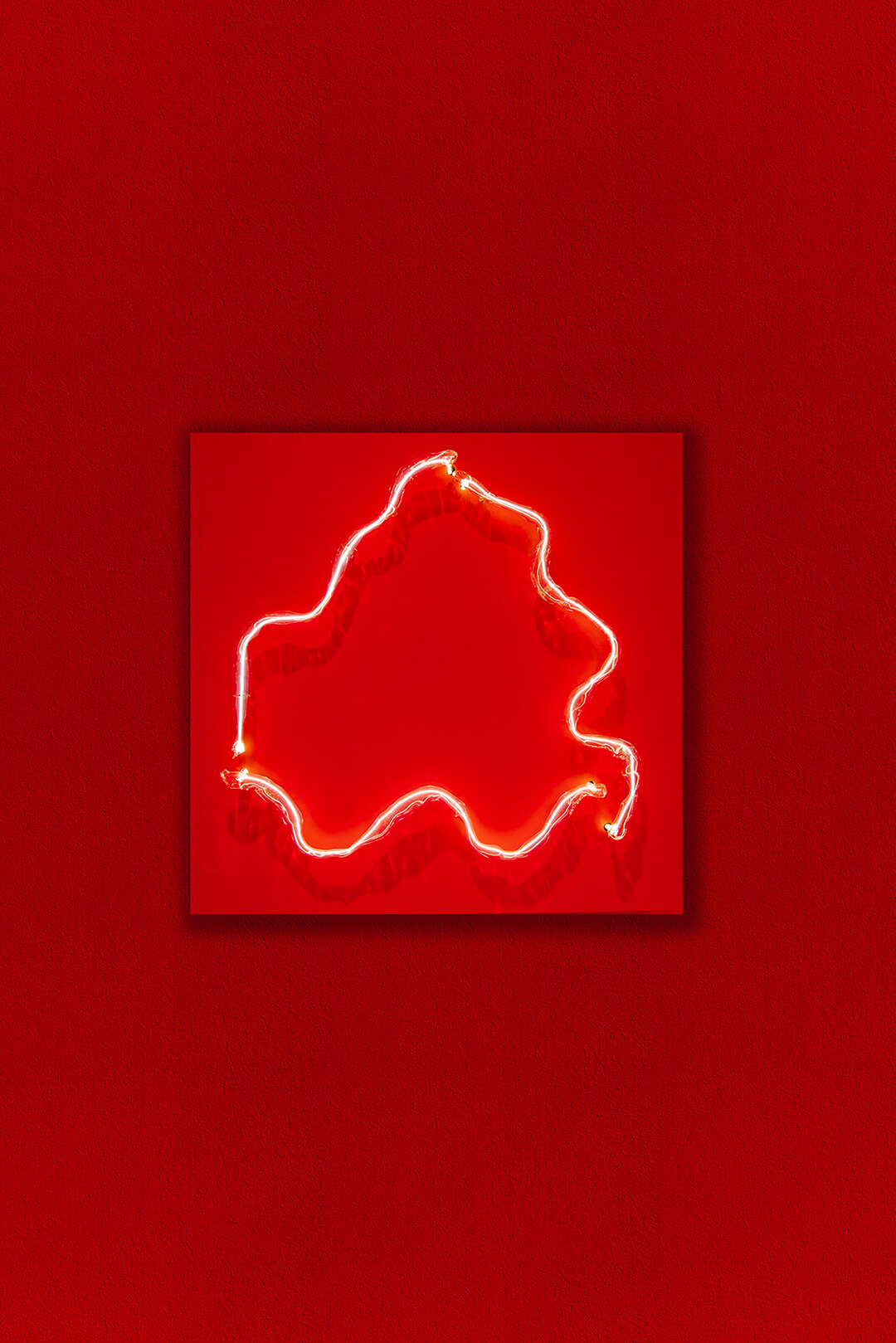 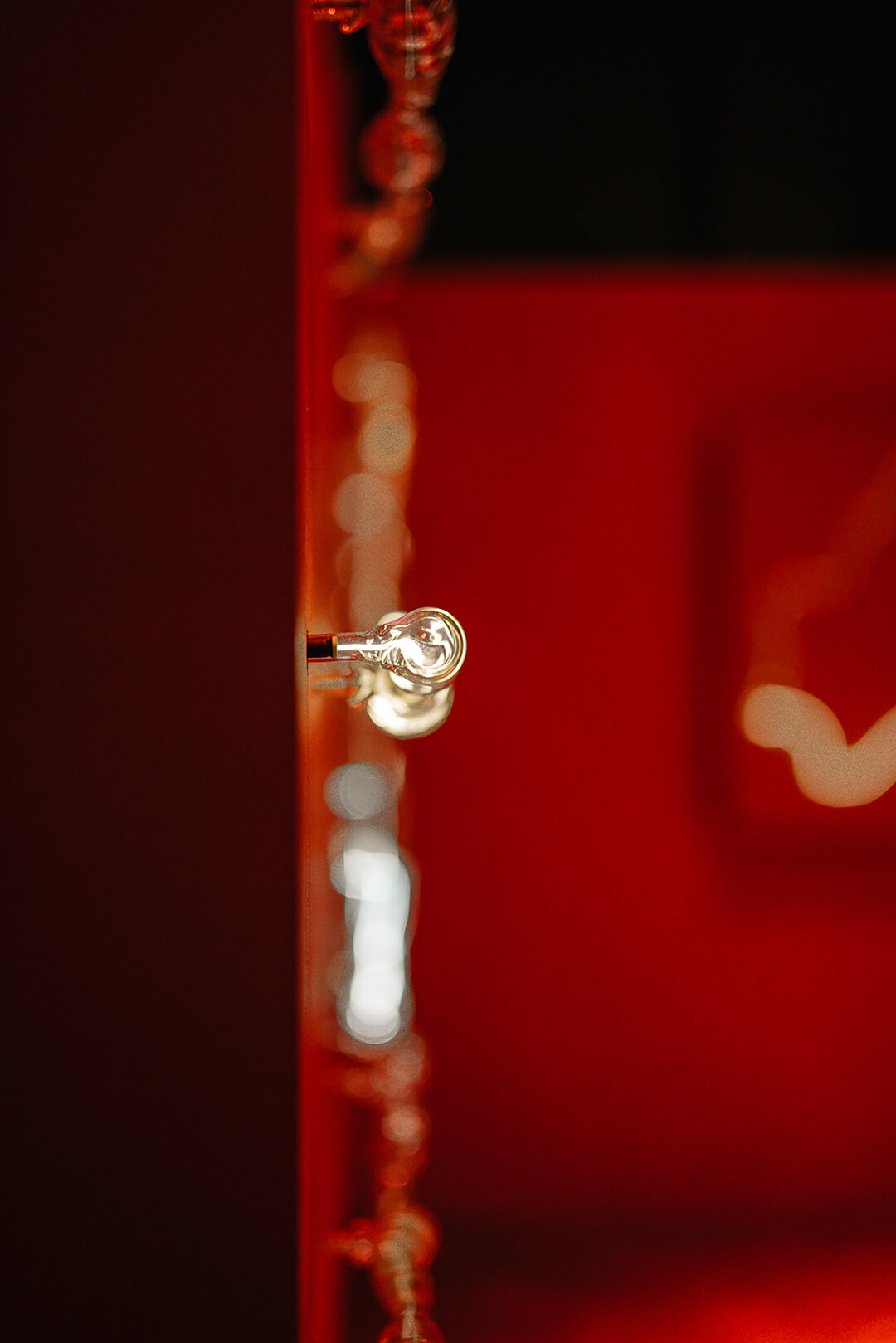 Above, Groves and Murakami in front of a Dawn Particles piece; below are the results of their collaboration with Urban Glass

‘For these two bodies of work, we took inspiration from the dense urban fabric of the surround city, where encounters with nature are so pronounced’ explained Groves. ‘In particular, we were drawn to the dramatic skies and sunsets that are often visible in the Greenpoint neighbourhood, were A/D/O is located,’ Groves said. ‘In the 18th century, Romantic painters like J.M.W. Turner and Thomas Cole depicted natural landscapes as the sublime manifestation of God, itself an immaterial concept. They were expressing their devotion to what was they believed to be the force underpinning our existence. With a comparable understanding applied to science, we’ve essentially followed a similar approach with the two projects and the exhibition design.’

Set within the main space at A/D/O, the installation is comprised of two fully-enclosed and immersive spaces. Visitors can enter through blackout curtains, which create a sense of refuge from the busy city life outside. The first all-red room offers a striking backdrop for the Dawn Particles series, while the second all-yellow chamber sets a serene tone for two Fog Paintings.

‘We chose yellow to let visitors adjust their eyes, but to also make it feel like they’re bathing in the sun,’ mused Murakami. In other words: the design of the installation is intended to showcase the new works, but also suggests how city dwellers might reconnect with nature through the reinterpreted use of technology.

Wave. Particle. Duplex. is on view until 10 February