From Gana Art Center, Alex Mustonen – one half of Snarkitecture – discusses the impact of physically engaging installations in this day and age.

You’ve worked with Cos before on installations. How did you approach creating something new for the same brand?
ALEX MUSTONEN: Cos gives us the opportunity to create what we’re interested in; we can really bring anything to the table. That said, I think we’re also keen to create something that feels very aligned with their world, which is not so different from our world. We always start by talking to them about their collection – looking at what ideas they’re considering, and what’s inspiring and informing the work that they’re making. Daniel [Arsham] and I latch on to certain concepts or ideas and reinterpret them through our own processes. In this case, for Loop, we focused on the idea of technical precision.

In some ways I think that we started from a similar place as we did for the Milan installation in 2015 [Frame 105, p. 66] – how to create an environment that balances play and contemplation. On the other hand we also reversed the approach to both the Milan installation and the second project we did in LA a year later. They were based around the idea of creating an immersive environment that defined the architectural character of the space you were in. But because we had the opportunity to show here in the Gana Art Center, in a white-box gallery condition, we wanted to invert the situation by creating a sculptural object that floats within the space – something you can move around and understand as a three-dimensional form in a room. Working at the scale of freestanding sculptural objects is also a different approach for us in general; we’re usually more interested in shaping perimeters.

How did you translate these ideas into the installation?
The starting point was the sphere, the marble. It’s something we understood as a universal platonic form, a very precise object, that’s also associated with children’s games as well as the idea of sports in general. We thought about a quantity of spheres becoming an architectural material and how we could use a technical system, in this case Loop’s framework, to control the unpredictability of the objects. They’re filtered through a linear path that’s both precise and confused. 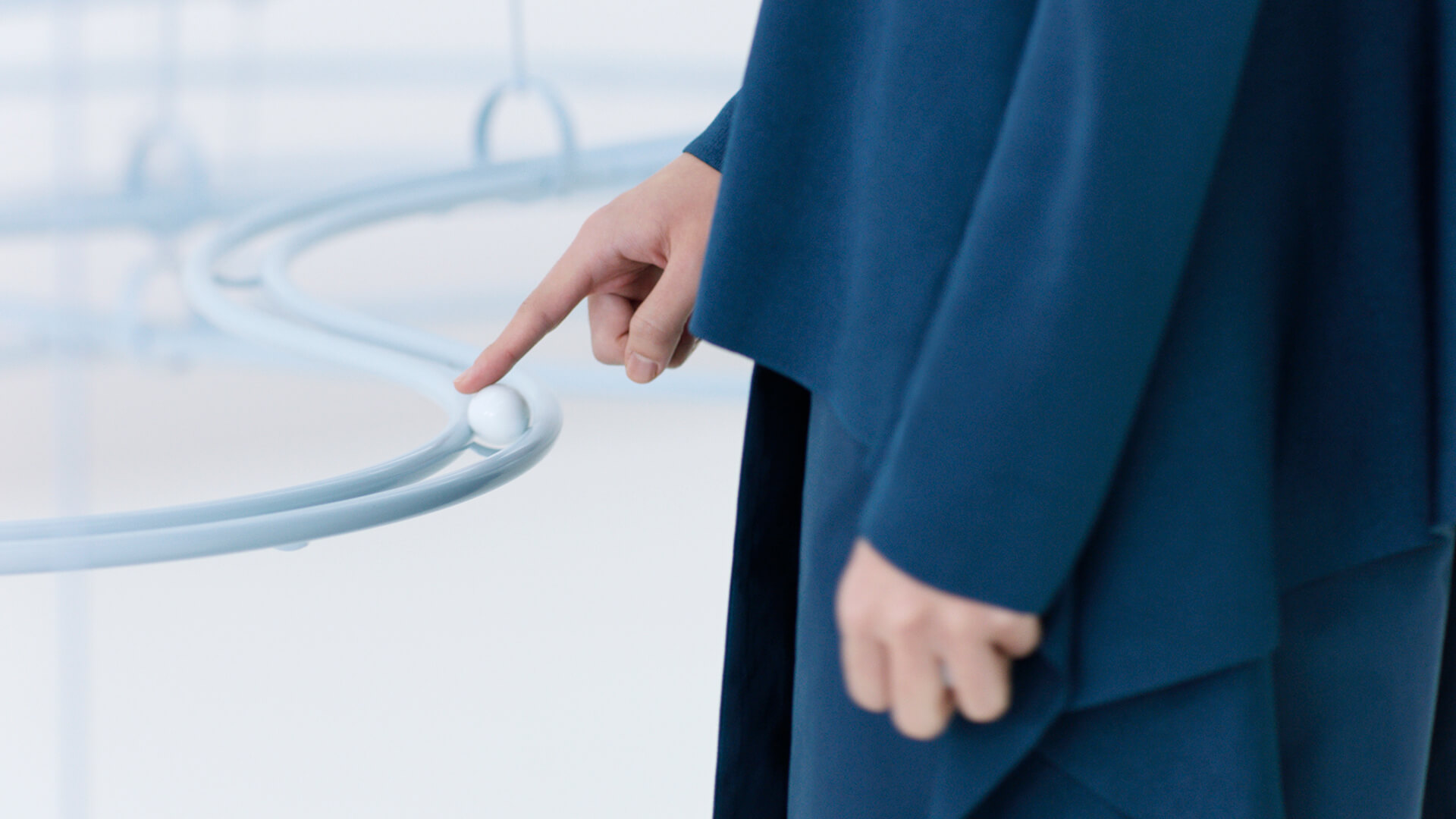 The other thing that’s more of a direct relationship is the colour, which is taken straight from the Cos collection. We wanted contrast but we didn’t want something too graphic. The temperature of the blue is cool and technical, which we liked, but it also has this subtlety in this space: ephemeral light blue on white.

With ease of access via social media, do you feel it’s becoming harder to surprise people with installations?
Something that we haven’t fully yet investigated is the relationship between subtlety and spectacle. In some ways I think this project is quieter than our previous collaborations. When you look at images of Loop, it almost dissolves. It doesn’t have a very strong graphic appearance. It’s also something that’s difficult to understand unless you’ve seen it in person – or at least a bunch of videos of it. It’s different from something that has the Instagram moment or an iconic photographic visual. 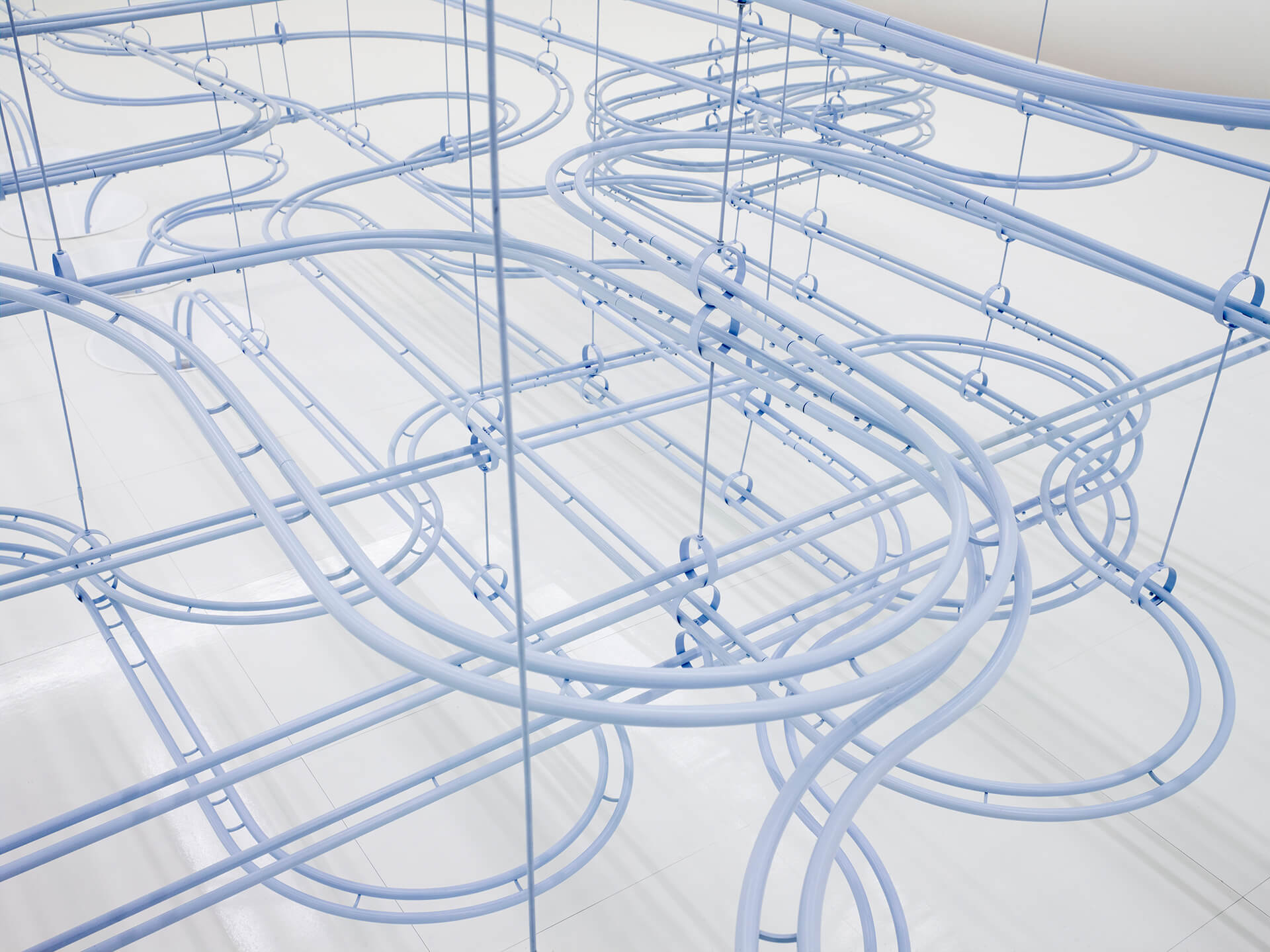 It’s also difficult to understand the relationship between the two different spaces that comprise Loop unless you’re physically present. From images you wouldn’t comprehend the distance between them.
Right, you wouldn’t understand how they’re related. And there’s also the sound, the feeling of physically touching and interacting with it. But back to the idea of the spectacle, I think we try and stay in our lane and not become too distracted or consumed by what else is happening in the world. I mean that in terms of people trying to keep stepping things up to capture people’s attention to make them interested and engaged in something.

I just think that on a basic level, people – and not just those in art and design – appreciate physically engaging environments that are outside of everyday experiences. So many of us go through the world with our routines, our known environments that we move through. When you go into a space – whether it’s a building, an art installation, this project – that is outside of that realm, it tends to be very striking. Now more than ever, the more time you spend on a screen – not engaged with the physical world – the more the contrast and surprise of that experience are enhanced. 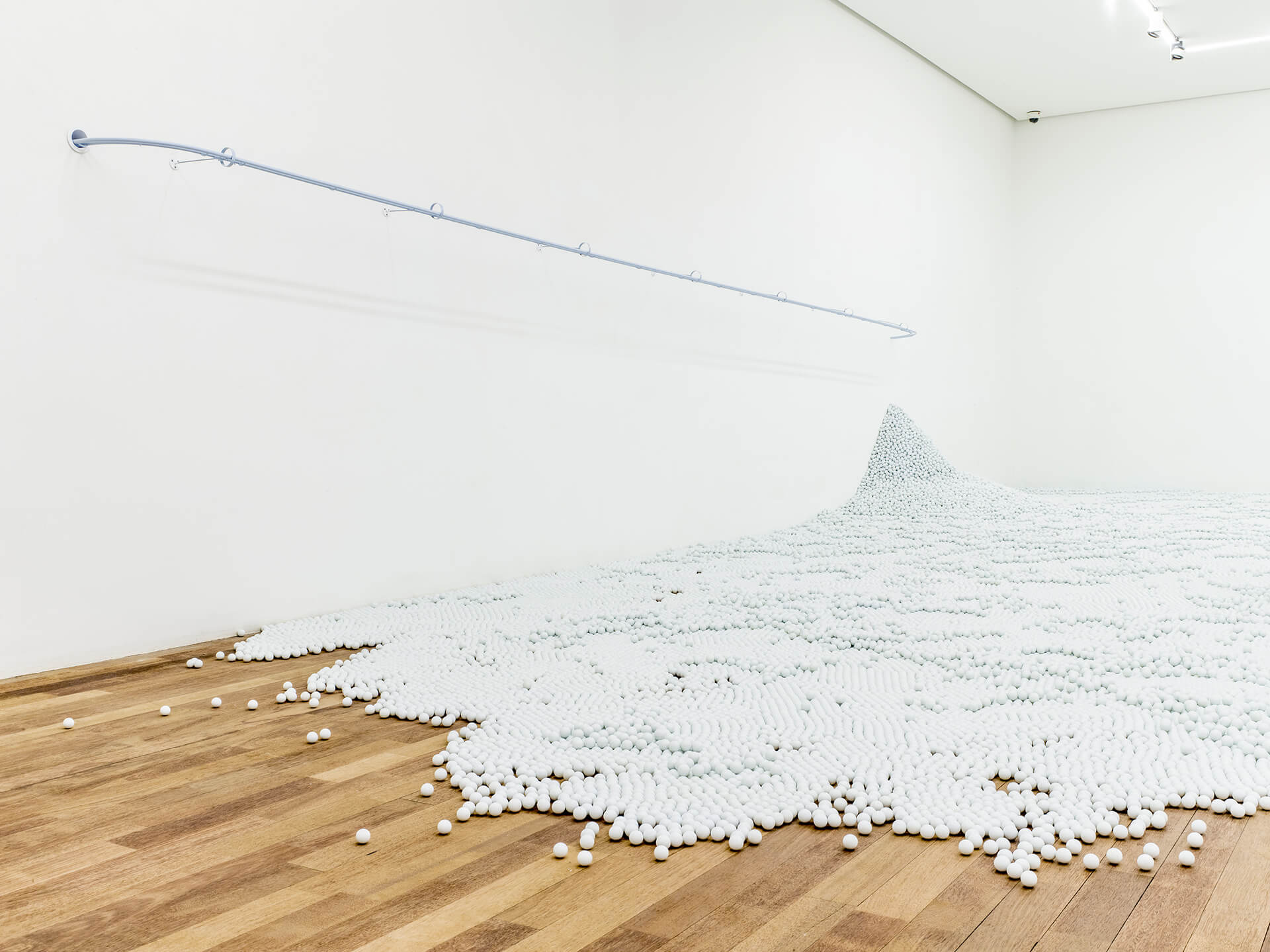 Did you learn anything from the audiences in your previous installations with Cos that you carried through to this one?
I don’t think there were any direct lessons, other than that people will do anything. We certainly design these things with some intent of how people might engage or interact with it. Loop has no prescribed meaning, but perhaps the engagement is a bit more prescribed because literally whatever you do, the marble will stay on its tracks. In Milan you could explore the installation in a more free-formed way.

Loop is on show through 19 November 2017 at Gana Art Center in Seoul, South Korea. During the same time period, a small-scale model of the installation is also viewable at the Cos Cheongdam store.