This autumn, MDLab // Cheil Germany collaborated with Samsung for IFA 2016. In recent years, the emphasis for fairs has been on creating memorable moments to spur visitor engagement – both online and off. For MDLab // Cheil, which has worked with Samsung for years at IFA, the 2016 installation marked a chance to raise the bar when it comes to diving deeper into the cosmos of Samsung’s latest devices.

In this interview, Jan Schwiersch, the Head of Space Design for MDLab // Cheil Germany discusses the innovative thinking behind the Samsung booth installation and its historic medieval stained glass inspiration, the privileged place of the experiential factor in designing retail spaces, and the future of trade fairs. 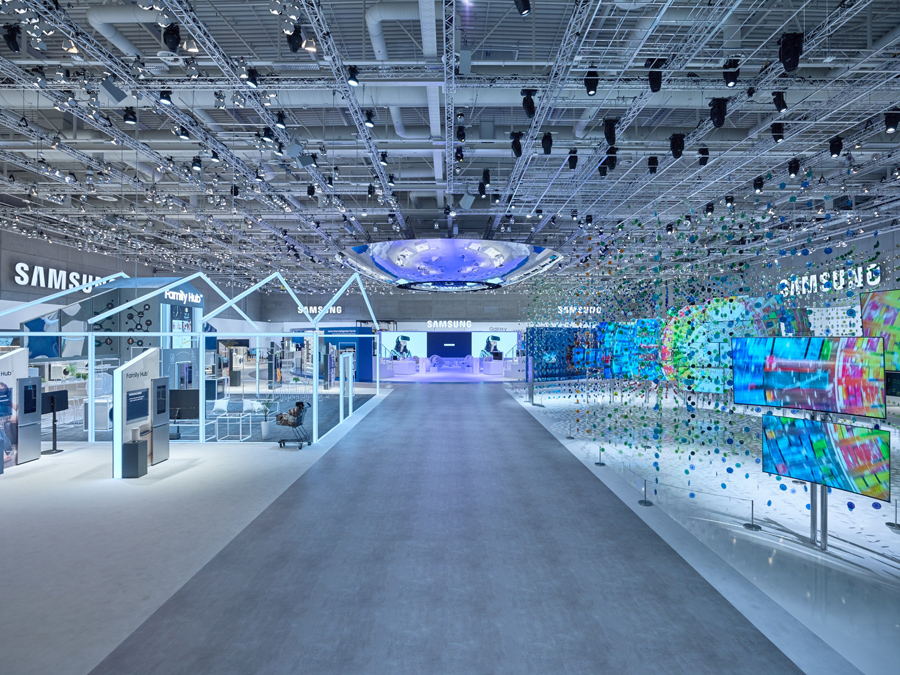 How did the project for the SAMSUNG IFA 2016 BOOTH come about?
MDLab // Cheil Germany has a long tradition of working for Samsung at IFA, providing the booth design every year since 2010. Of course we are proud to be trusted, but at the same time it's a great challenge as we are benchmarked against our own previous design each year.

Can you tell me a bit about your concept behind the exhibition, as well as the different zones in the exhibition set-up?
Traditionally the Samsung booth is divided into three major product zones for Visual Display, Digital Appliances and the Mobile division. This year the company's focus on innovation was the main theme, so this concept was at the physical centre of the exhibition, and the visitor was guided to it through a long corridor. Here the visitor was invited to embark upon a journey: from the creation of first ideas in the centre, represented in the C-Lab, Samsung's internal innovation programme, to the newest innovations on the market in the outer areas of the exhibition. 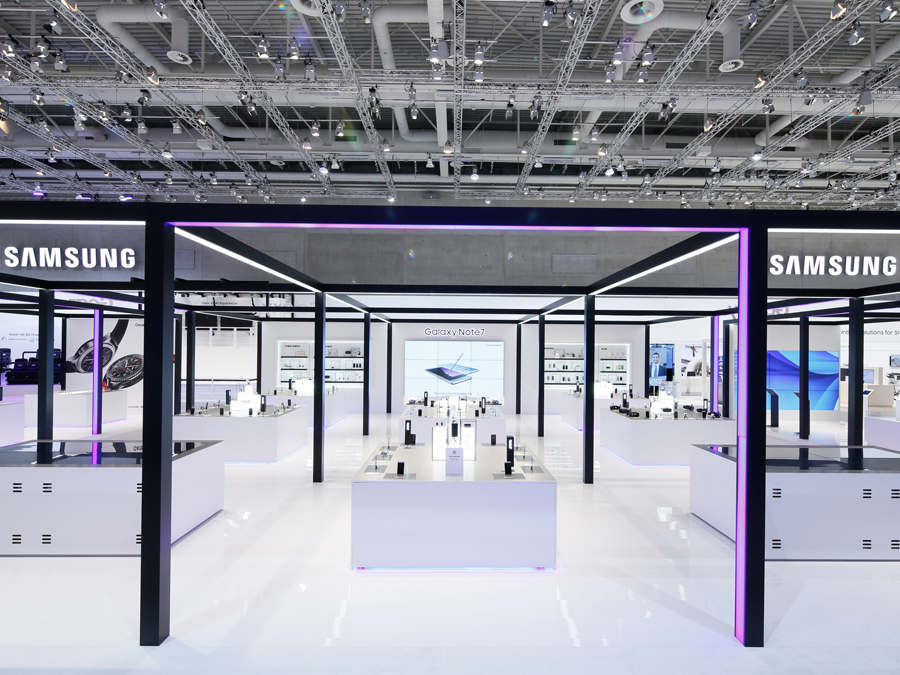 How were you able to highlight the company's innovative character in the design of the booth?
Innovation takes place on many levels. The most obvious one is the invention of products or appliances that haven’t been on the market before. These are showcased via interactive installations that focus on the key features. The semi-spherical mirrored ceiling is a subtle gesture that illustrates connectivity. It is reflecting its surroundings in an unexpected way, condensing the exhibition into its own unified cosmos. 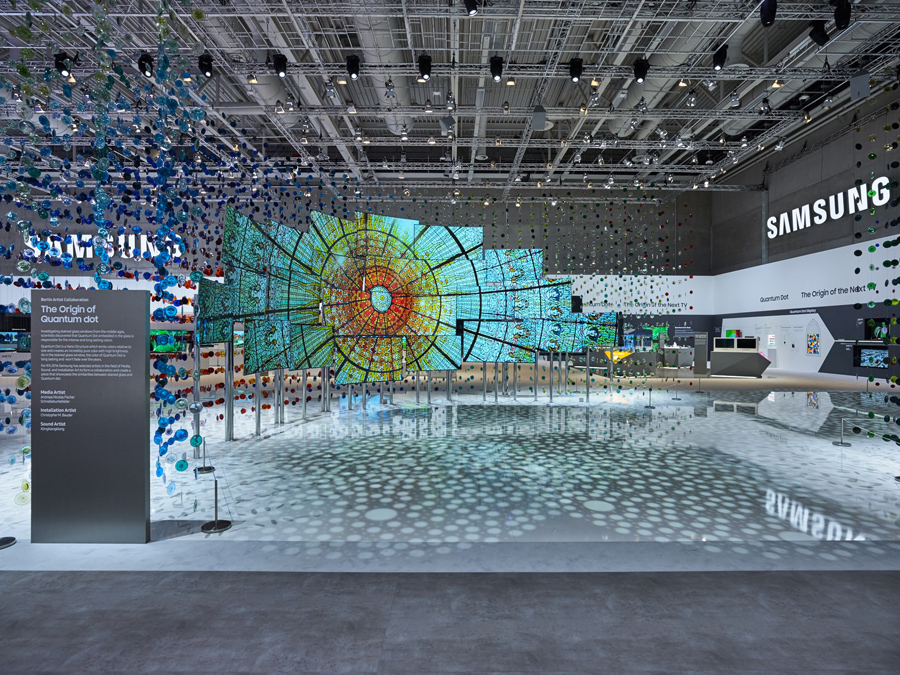 You have designed quite a few spaces for Samsung Electronics. What developments have the booths gone through over the years? What aspects of the designs have proven to be most successful?
For consumer focused shows, lifestyle-oriented exhibits and large product experiences are increasingly dominating the booth. There are rarely any simple product line-ups anymore. That means the design has to offer the freedom for a variety of exhibits to be integrated, even if these exhibits are very different in their size, their look and their feel.

What are the most important aspects to consider when designing a temporary space as compared to, for example, a retail location?
Regarding the use of experiences, retail and trade show have become more similar over the last few years. While traditionally a retail space was simply designed to sell products, it is also becoming a place of deeper interaction with the brand and the product. The big remaining difference is that the retail store still has to sell the product, so the whole decision-making and purchasing process has to be part of the customer journey. A trade show exhibition is exclusively focused on the brand and the latest products. As it is linked to a specific date, it is a milestone for product launches. It is essential to stand out and there is a strong sense of competition between the brands as they are directly comparable. 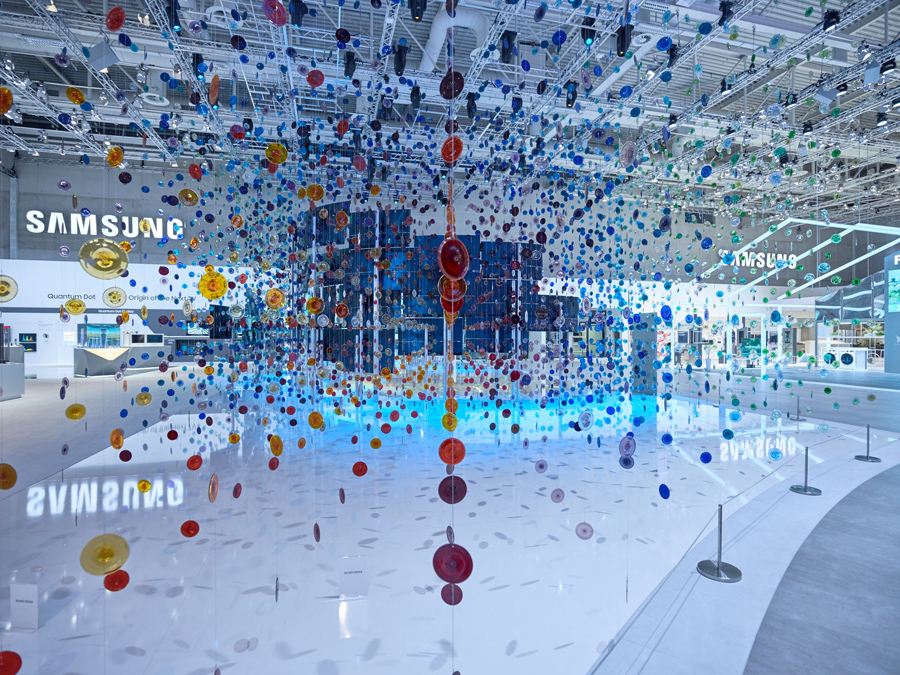 How do you incorporate technology trends within your work? Could you give one example that demonstrates this?
One technology that we are currently exploring is virtual reality (VR). VR is a very big topic in the consumer electronics industry and there is still a lot of unexplored potential in the different ways of using it. Last year, we created a VR scene of the Samsung IFA booth to allow people to visit the exhibition through their mobile devices from anywhere in the world.

How important is the experiential factor in today's fair environment? How does your company respond to this?
The experiential factor is crucial to be able to distinguish the brand from the general noise of the trade show and to create lasting memories for the visitors. The conception and design of experiences and media content are treated with equal importance in the booth design. The two have to be aligned to communicate the same message.

We see a development towards more curated shows at trade fairs that take cue from exhibition models. But how do you combine curation with commerce?
Rather than trying to sell directly or simply advertise for products, the trade fair is increasingly about showing a lifestyle that is in line with the product. I don’t think there is a conflict between curation and commerce. Art has always been a sign for luxury. In that sense, products have quite a lot in common with art, going beyond their pure functional features; they are reflecting our status in society.

How do you envision the future of trade fairs?
A trade fair brings a whole industry together at the same time. This enables a knowledge exchange between professionals and, for the consumer, it also enables a direct comparison of the different brands next to each other. I don't think this actual format will change a lot in the coming years at its core, but I think we will see even more events happening outside of the trade fair venue. 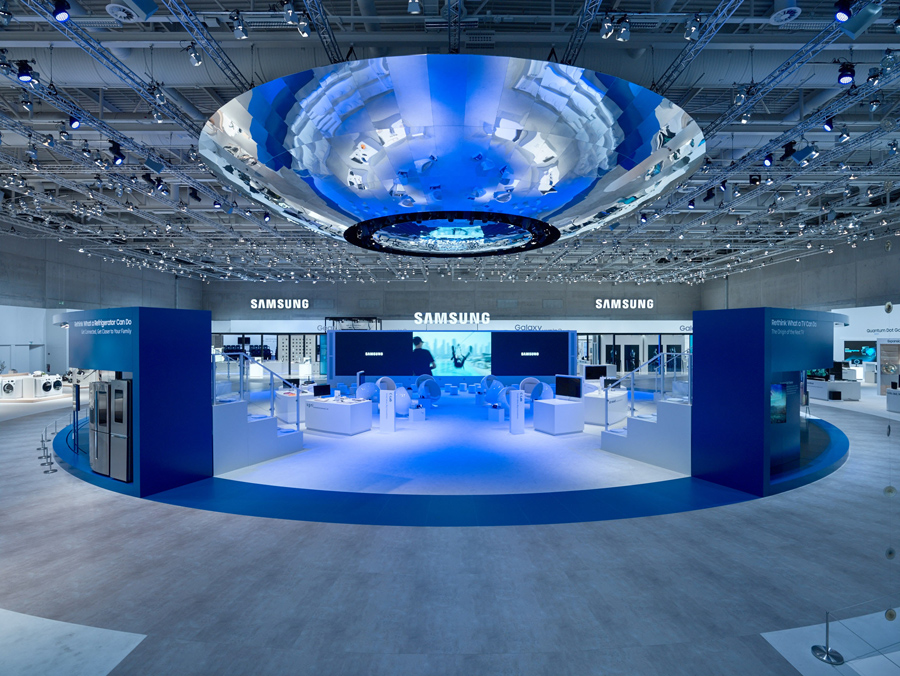 The Origin of Quantum Dot – an installation for Samsung Electronics that appeared at their by MDLab // Cheil designed IFA 2016 2016 booth – is featured in Frame 113.