Airbnb continues its Italian Villages initiative targeted at promoting small communities and redeveloping public buildings with a fourth property in southern Italy, population 386. Hotel brands including Marriott, Kex and Ameron open new spaces from Rotterdam to Portland. And Chicago can now (rightfully) claim the biggest Starbucks in the world. These are just a few of the hospitality openings not to miss this month, keep reading to discover the whole list. 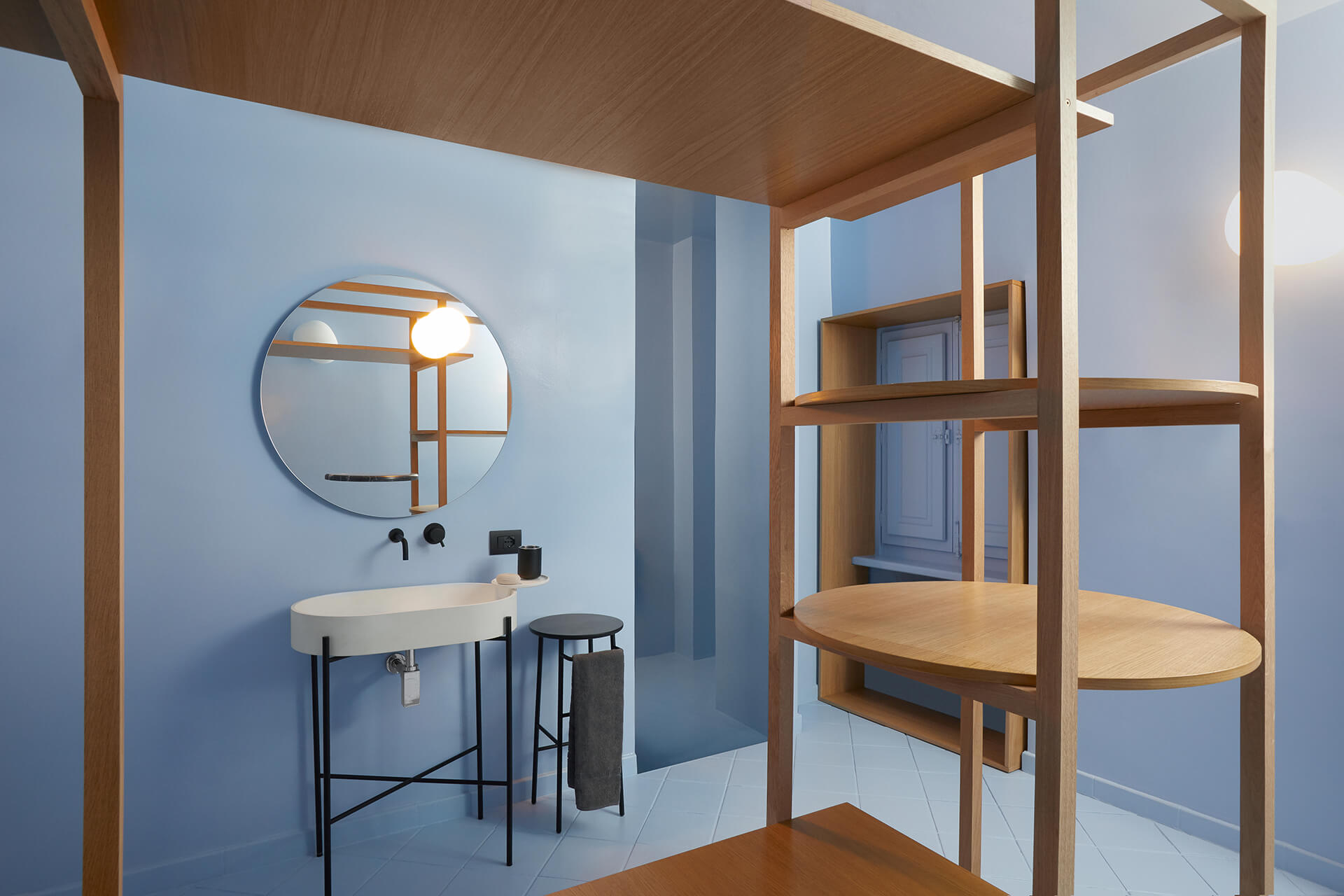 Airbnb has announced the opening of the fourth property of its Italian Villages initiative, a house in the hillside village of Civitacampomarano. The travel company chose the historical residence of politician and illuminist Vincenzo Cuoco (1770-1823) for the project, working with artist Lorenzo Vitturi and architects at the Milan-based Eligo Studio to reimagine its interiors. Bookable from January 2020, the southern Italy home is fitted with volumes that outline different areas with the help of a monochromatic grey, pink and blue palette born from a collaboration with Caparol. 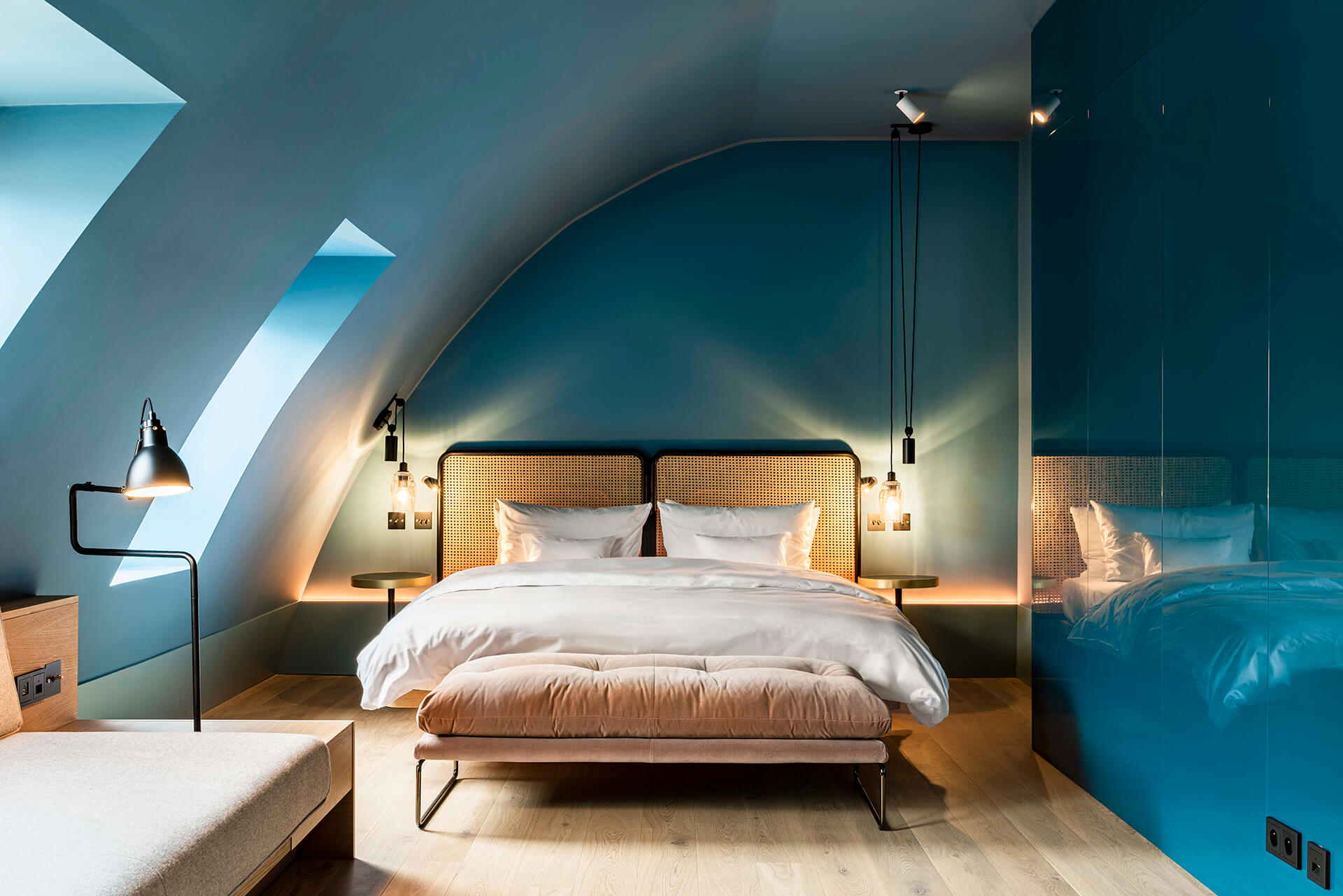 A bold use of colour is the defining element behind the new, playful interiors of Maximilian Hotel, a popular boutique establishment in Prague. Conran and Partners approached the renovation with respect for the cultural and architectural heritage of the site, inspired by Czech modernism and avant-garde artist and architectural writer Karel Teige. Taking cues from his work, the designers used colour and artwork to signify the reference and reflect the built landscape of the capital city across 71 guestrooms, a café and bar, brasserie, library, event space and spa. 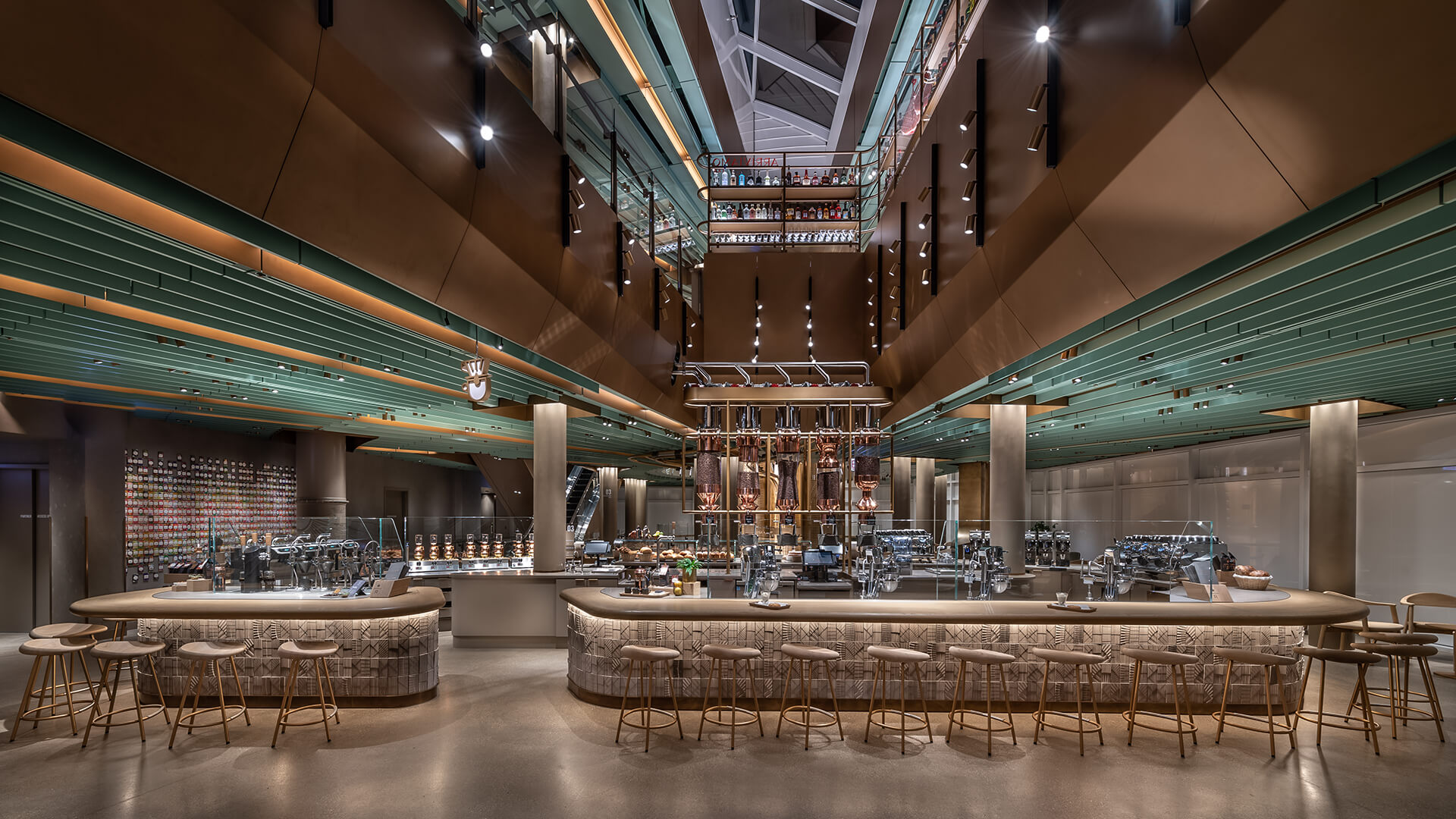 A countless number of cities have Starbucks. Only one has the largest: Chicago. Five storeys high and 3,521 sq-m, the Reserve Roastery at the intersection of the Illinois city’s Michigan Avenue and Erie Street is the biggest in the world. Starbucks’ in-house team designed the impressive space, led by company partner Jill Enomoto, who helped create the first Reserve Roastery in Seattle. Highlight features include an eye-catching ceiling symbolizing sunrays on rolling hills of green coffee trees, a sculptural cask, murals by local artists and the Midwest’s first curved escalator. 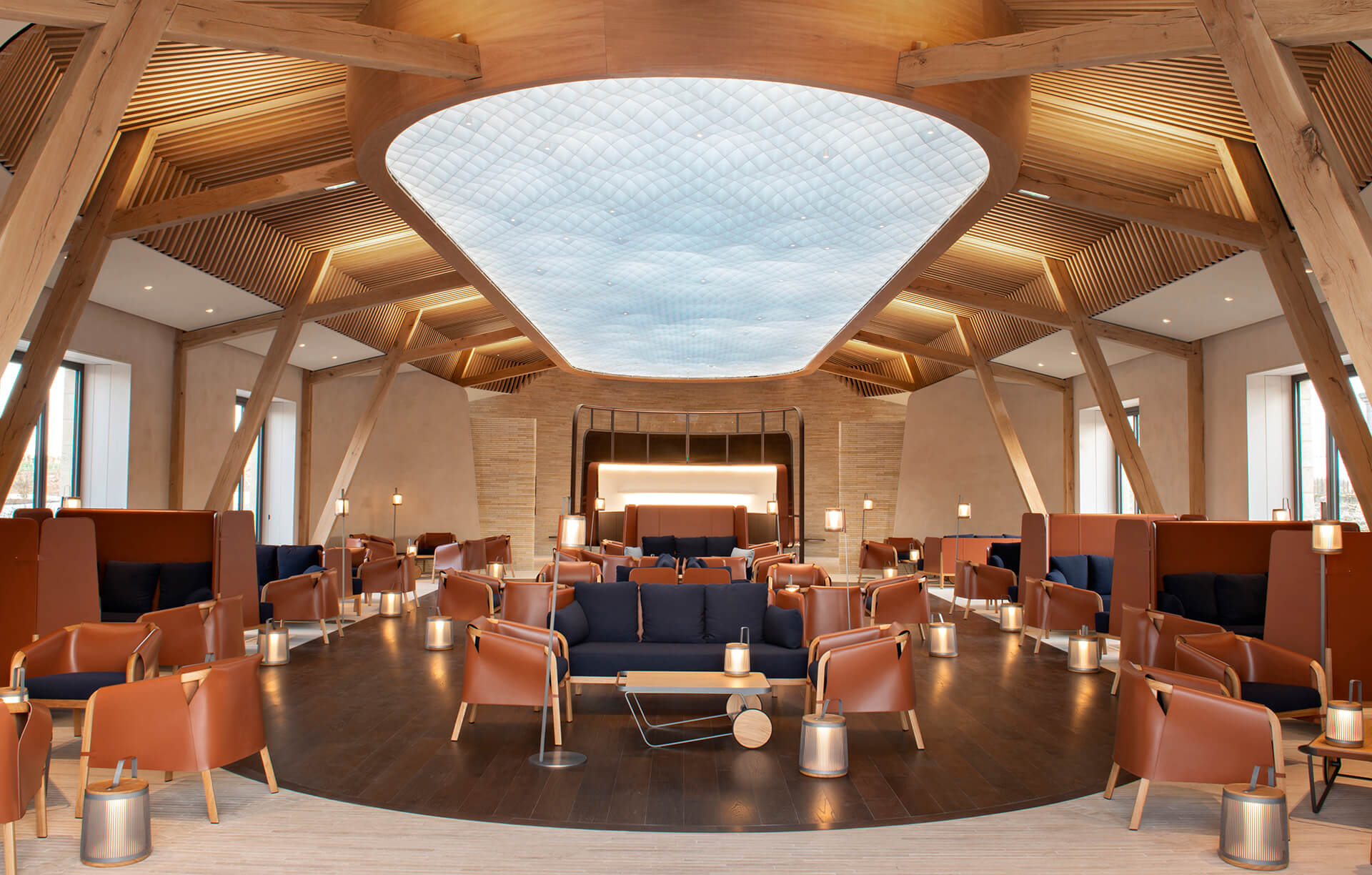 A short trip from Bordeaux, Château de Ferrand is a celebrated winery in the medieval French village of Saint-Emilion. Looking to further develop the estate’s offerings, the owners asked Patrick Jouin and Sanjit Manku and their 40-strong team of creatives to design two new areas. Built off of a courtyard, the Orangerie incorporates a reception, shop, tasting room and event space while Salon Bic is an exclusive tasting room inside the château. Jouin Manku’s goal with the interiors was to capture the spirit of the estate and bring the experience closer to the landscape and natural materials that the wine derives from. 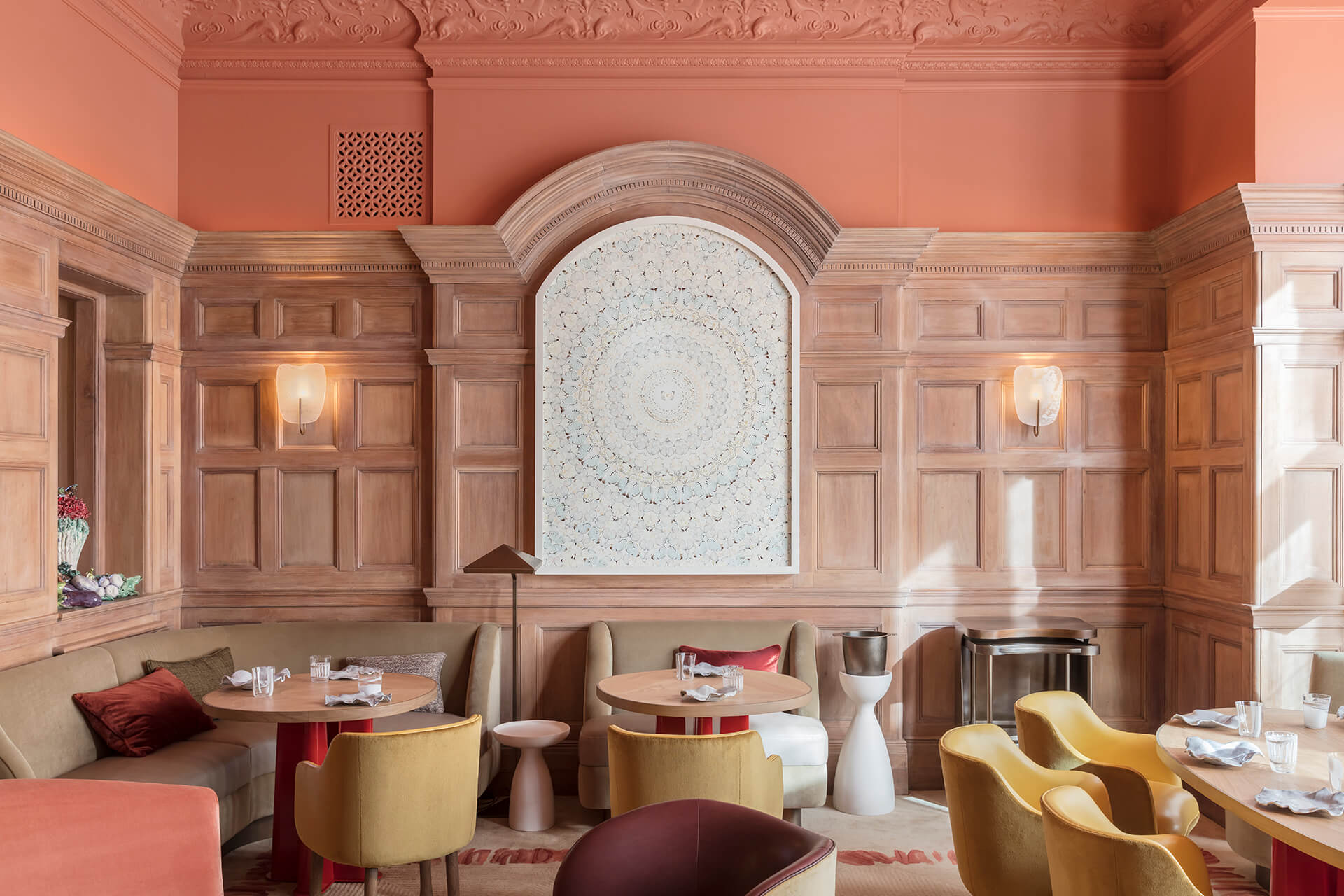 LONDON: HÉLÈNE DARROZE AT THE CONNAUGHT

Two-Michelin-starred restaurant Hélène Darroze at The Connaught has reopened after a two-month-long interior refurbishment. Paris-based architect Pierre Yovanovitch handled the design of the London food-and-drink destination, realizing a new dining room, kitchen, show kitchen and Chef’s Table, and dedicated Armagnac room – complemented by a reimagined menu. Aiming to match the craftsmanship of the kitchen within the space and keep with the historical integrity of the hotel, Yovanovitch found a fine balance between textiles, materials, furnishings and artworks on display by artists such as Damien Hirst and Rochegaussen. 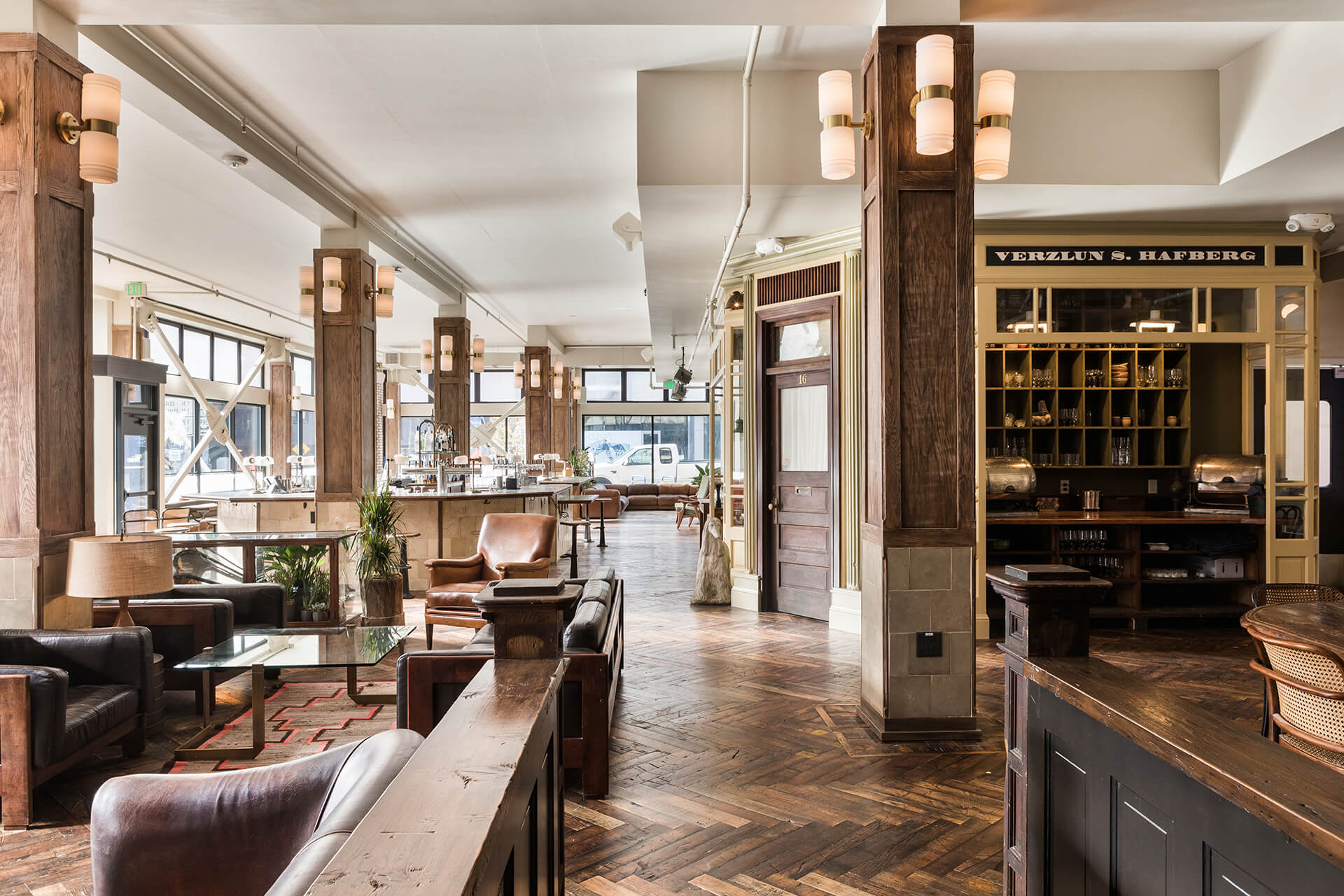 Taking a big jump from their original location in Reykjavík, the team at design-focused ‘social hotel’ group KEX has opened a post in Portland. Like the first hotel, the Oregon capital’s KEX has interiors designed by Icelander Hálfdan Pedersen, who set out to merge Nordic aesthetics and sensibilities with ‘worldly, eclectic flair’ in a fully restored 1912 building. Offering 14 private and 15 shared rooms, the Portland establishment accommodates 152 guests and boasts an all-day restaurant and bar and flexible performance space, with the building of a rooftop bar planned for spring 2020. 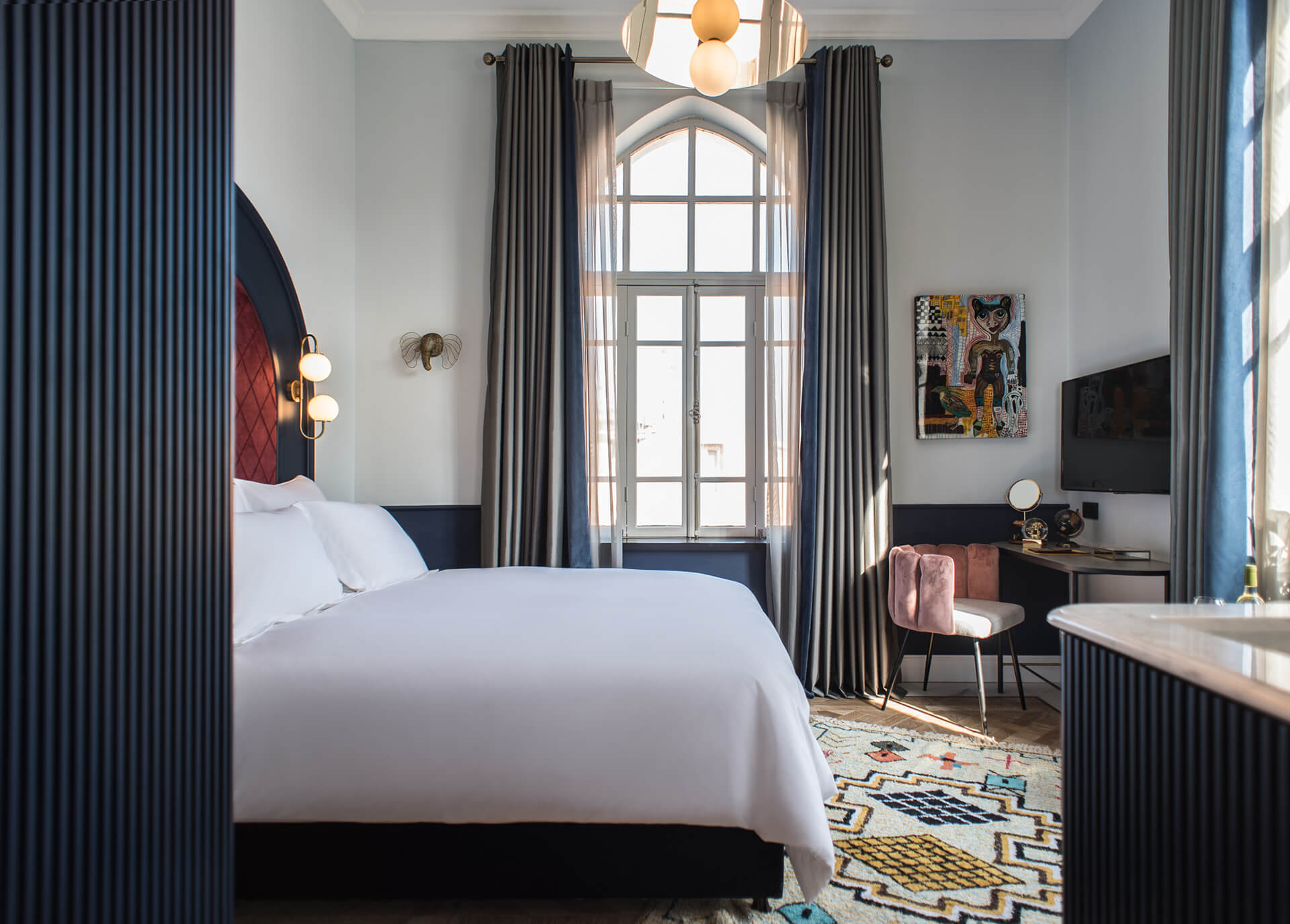 Elmina Hotel Jaffa is in an Ottoman-era building in Tel Aviv – the existing architectural elements of the structure were a prime influence for Michael Azulay and Ron Arad as they brought the hospitality space to life in Art Deco style. While working on the project, the interior designer and architect took advantage of the site’s history and its abundant natural lighting, prime vantage points and character. Ark Visual Studio developed the hotel’s branding and identity to exist harmoniously with the interior and architectural schemes. 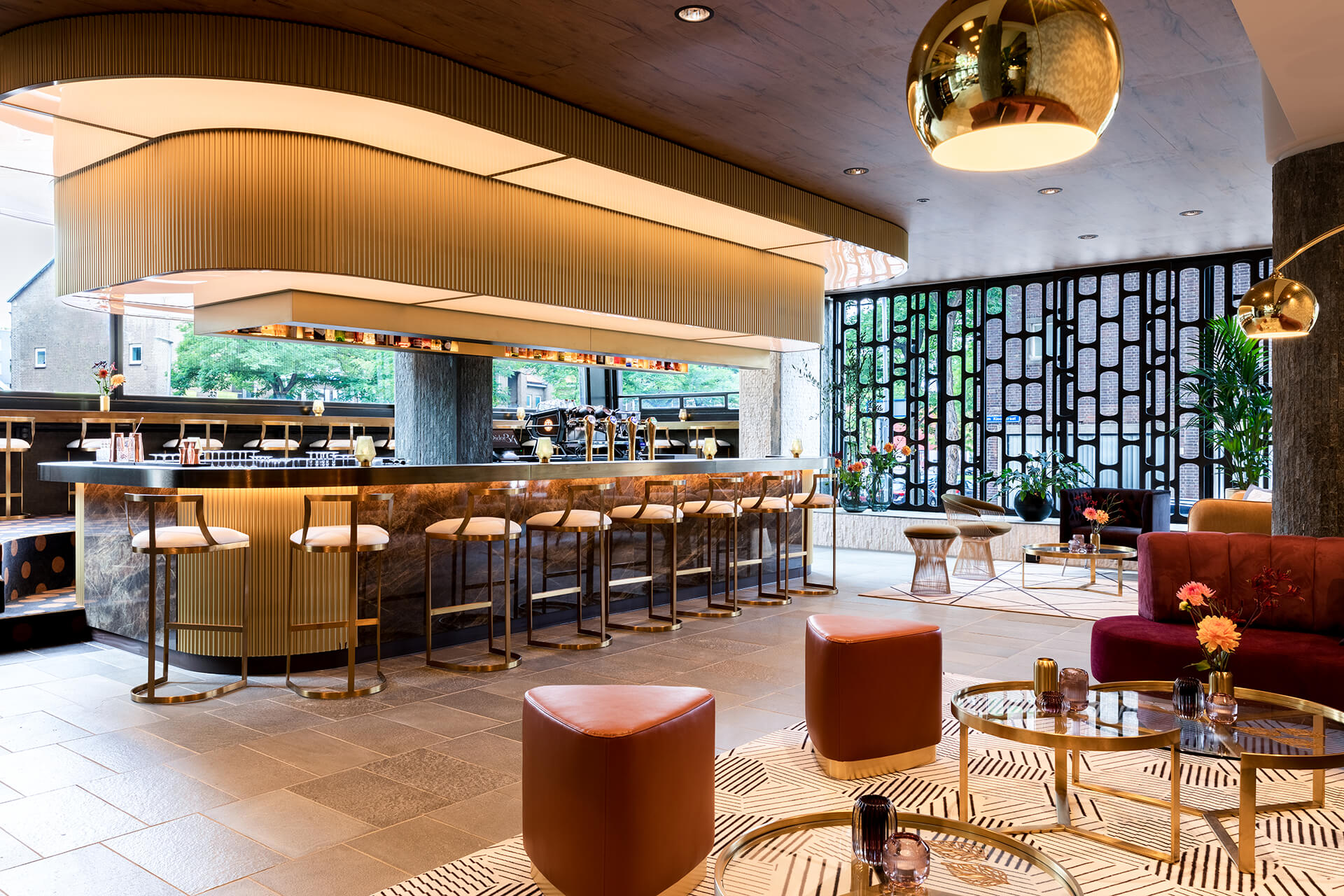 ROTTERDAM: THE SLAAK BY MARRIOTT

A Tribute Portfolio Hotel by Marriott, The Slaak Rotterdam was once the headquarters of Dutch newspaper Het Vrije Volk (The Free People); after the newspaper was closed in 1976, it became a hub for Holland’s leftist movement. HDVL Designmakers focused on creating a tie to the history of the building with mid-century inspired, material-driven interiors and social spaces that encourage interaction. On the ground floor, there’s no conventional lobby-restaurant layout, rather an open space that gives guests a full view of the hotel’s happenings. 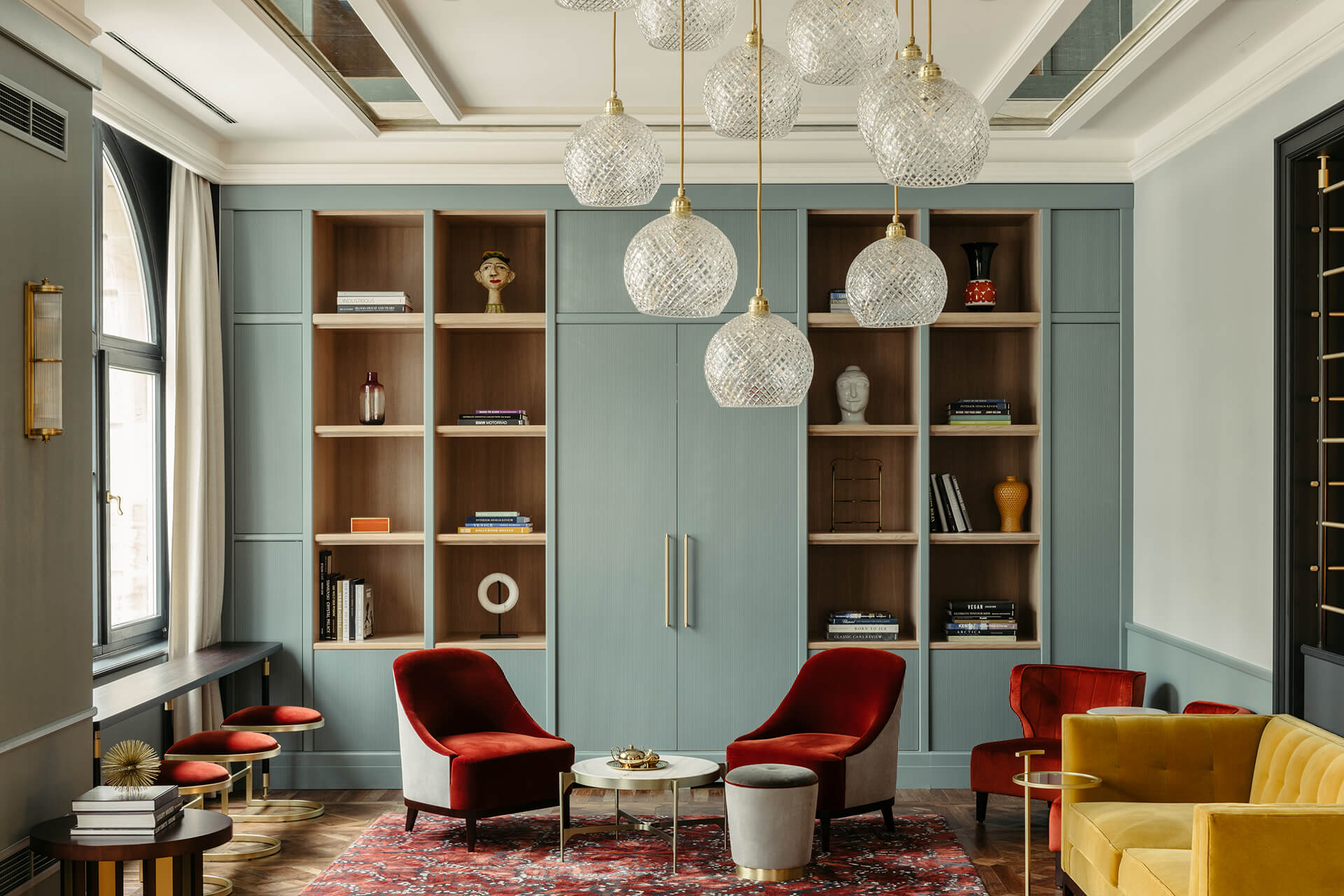 Four completely restored business villas from the Wilhelminian period have been given a new life as Ameron’s Frankfurt Neckarvillen Boutique. The establishment – located on the cusp of the German city’s Bahnhofsviertel and banking districts – is the first boutique hotel offered by Ameron; Munich and Zurich locations will be added to its portfolio in 2020. Luigi Fragola was tasked with designing the Neckarvillen Boutique’s 133 rooms: he joined the building’s architectural heritage with art deco influences and, to outfit each space, worked with small manufacturers such as Rubelli and Bettenhaus Mühldorfer.

This Openings piece is part of a series of Frameweb posts dedicated to showcasing new retail and hospitality destinations. Check out past Openings here, and stay tuned for future highlights.