The former home of the Dutch Ministry of Economic Affairs has been renovated for a second time. Originally built by the [then] chief government architect Daniel E.C. Knuttel in 1917, state-owned property Bezuidenhoutseweg 30 (B30) is within walking distance from the centre of the city and borders the Haagse Bos (literally, ‘the forest of The Hague’). Rotterdam-based studio Kaan Architects took a soft and respectful approach to the second renovation of the Rijksmonument – the equivalent of a Grade I listed building – adapting the site for the five new clients waiting to take up residency. 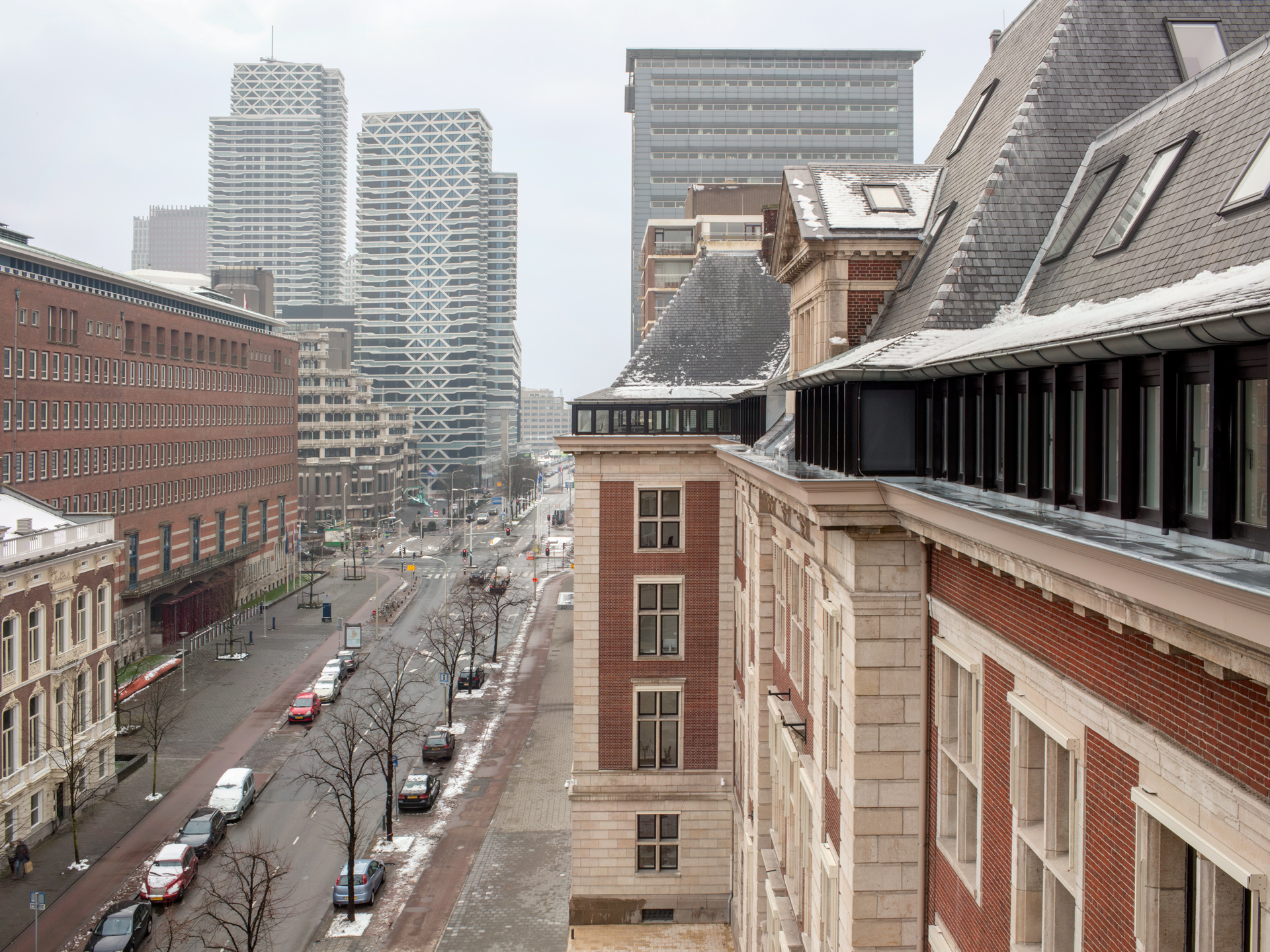 As the years have passed, the demands on the century-old building have changed and the need of the user redefined. ‘The listed monument no longer met present demands and it was abandoned by the Department of Economic Affairs, who moved into a new building,’ explains lead architect Dikkie Scipio. ‘The original monument was badly damaged, so we tried to restore what was possible and keep what was there.’ Although essentially a restoration project, the brief also called for an upgrade in services – including seminar rooms, a restaurant, a cafe and all kinds of meeting rooms – to accommodate the expectations of a modern working environment. 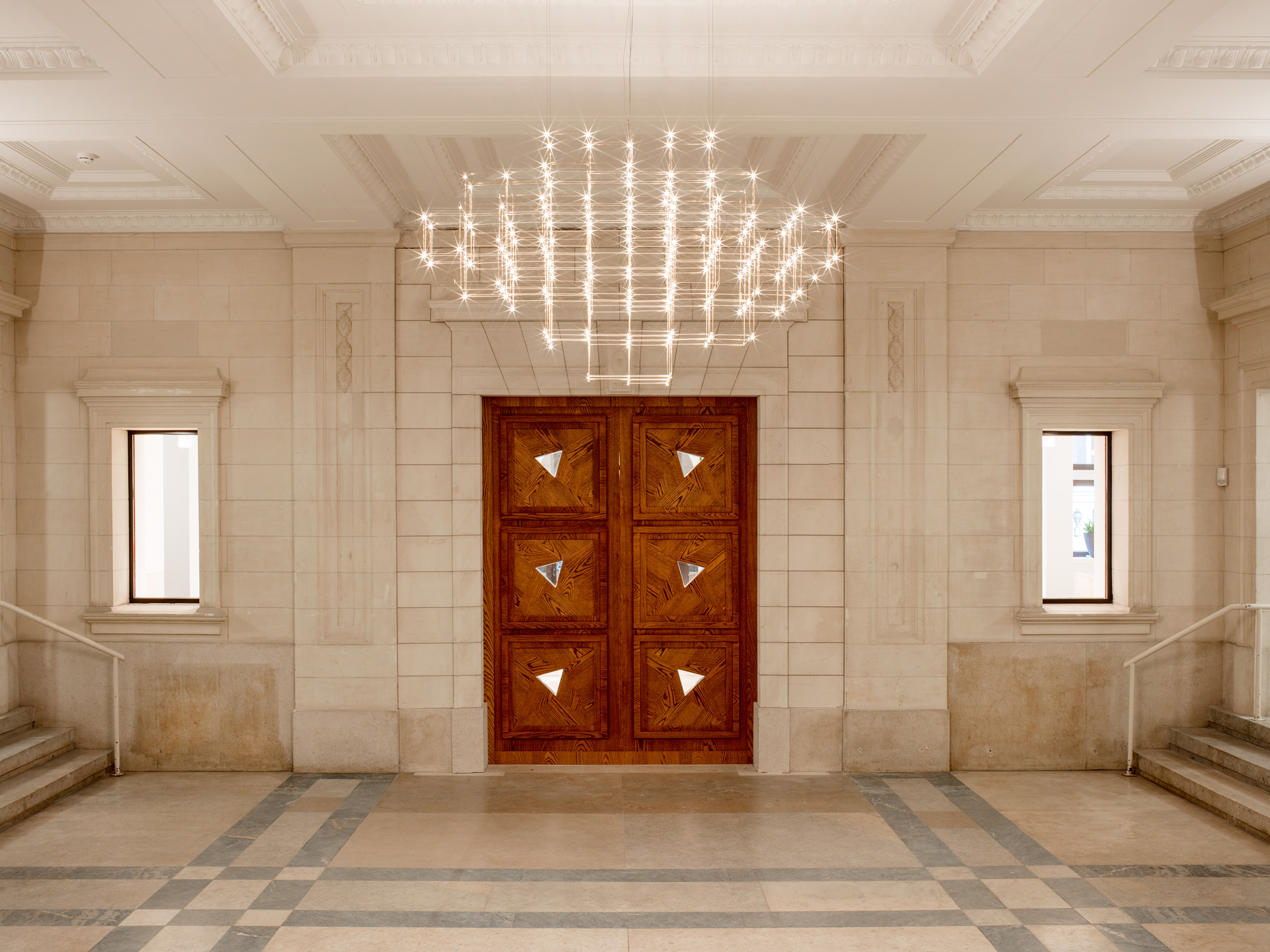 Knuttel’s original design featured a narrow internal courtyard surrounded by four built wings. His intention was for a flexible and openly-accessible building. In 1994, an intensive renovation by Dutch architect Hans Ruijssenars included a 6,000 sq-m extension which added two additional floors and closed the inner atrium with a roof.

Kaan Architects has stripped the structure back to its original DNA. ‘We completely removed the 1994 renovation, repairs the old roofs at the front and the back and then rebuilt a new floor at the level of the old central roof,’ Scipio confirms. ‘We designed the new central roof with multiple cupolas, which refer to the cassettes in the original ceilings. Without compromising the integrity of the historical building, the renovation respects the heritage of Knuttel’s plan. 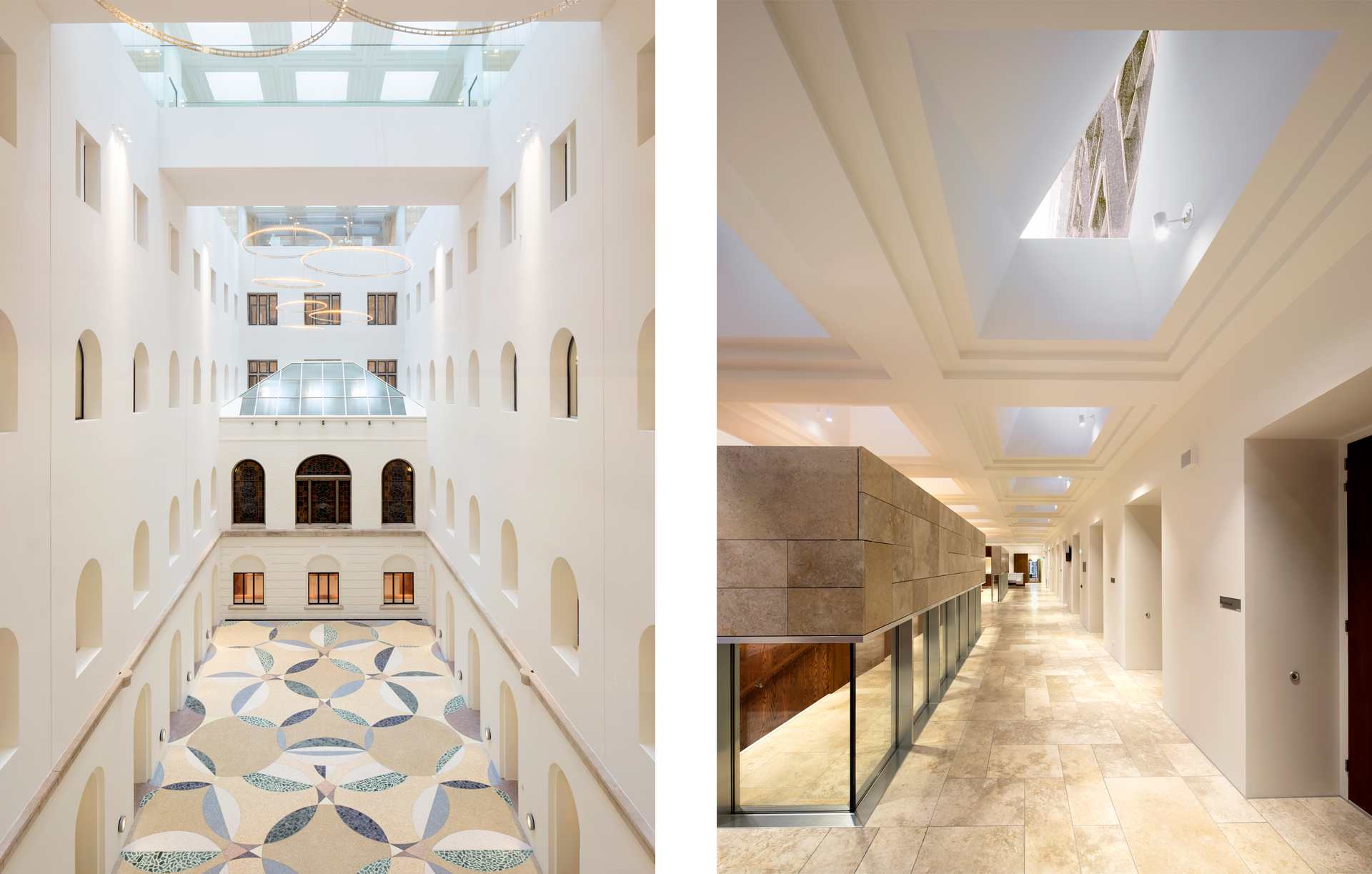 The courtyard – which features a new mosaic floor designed by Dutch artist Rob Birza – connects the street entrance to the forest at the back of the building. Characterised by streams of natural daylight, the multifunctional communal space is shared as a central hub and drives the spatial reorganisation of the 450 workspaces which are spread more-or-less evenly from the first to the fourth floors. The ground level is still considered to be publicly accessible. 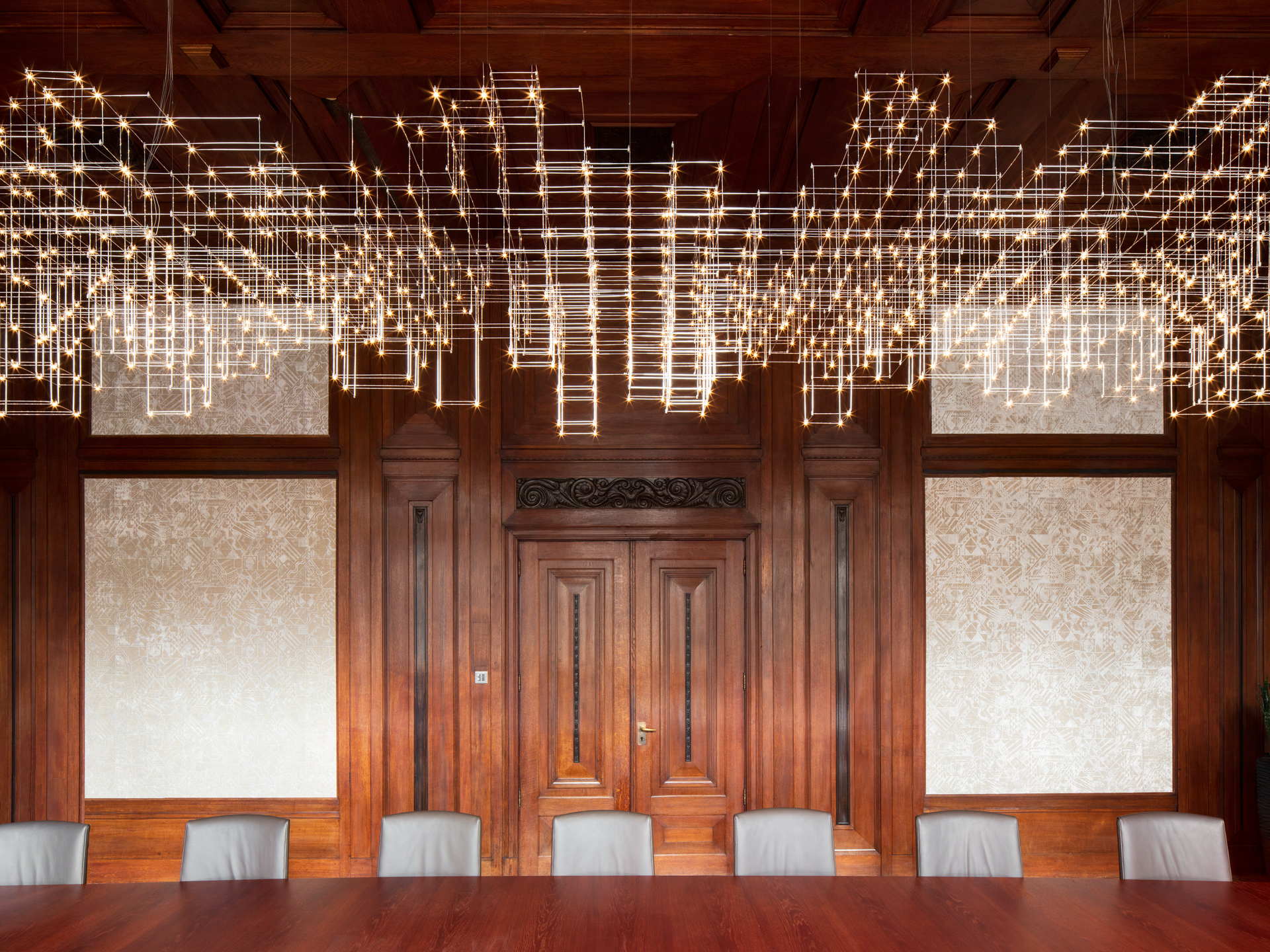