Is this the shopping mall of the future?

Neobio is making a name for itself in China’s hospitality scene. In its candy-coloured Shanghai restaurant, kids can run riot in the playground in full view of their dining parents. After crafting the brand’s first veritable wonderland of colour, pattern and form, designer Li Xiang of X+Living was called back for the second fantasy-filled instalment: Neobio Family Park in Hangzhou. This time Xiang had 16 times more square metres – and an unusual shopping-mall setting – with which to play. The intention was to take advantage of Hangzhou Star Avenue’s steady stream of visitors to resolve the location’s typically low theme-park turnout in the off season.

Whether people are willing to pay for a ticket to play depends on the overall feeling, including its sense of design

The developer cleared the mall’s 8,000-sq-m atrium prior to construction, allowing X+Living to redefine the area’s function from the ground up. Xiang says the result ‘explores the layout of shopping malls in the future.’ 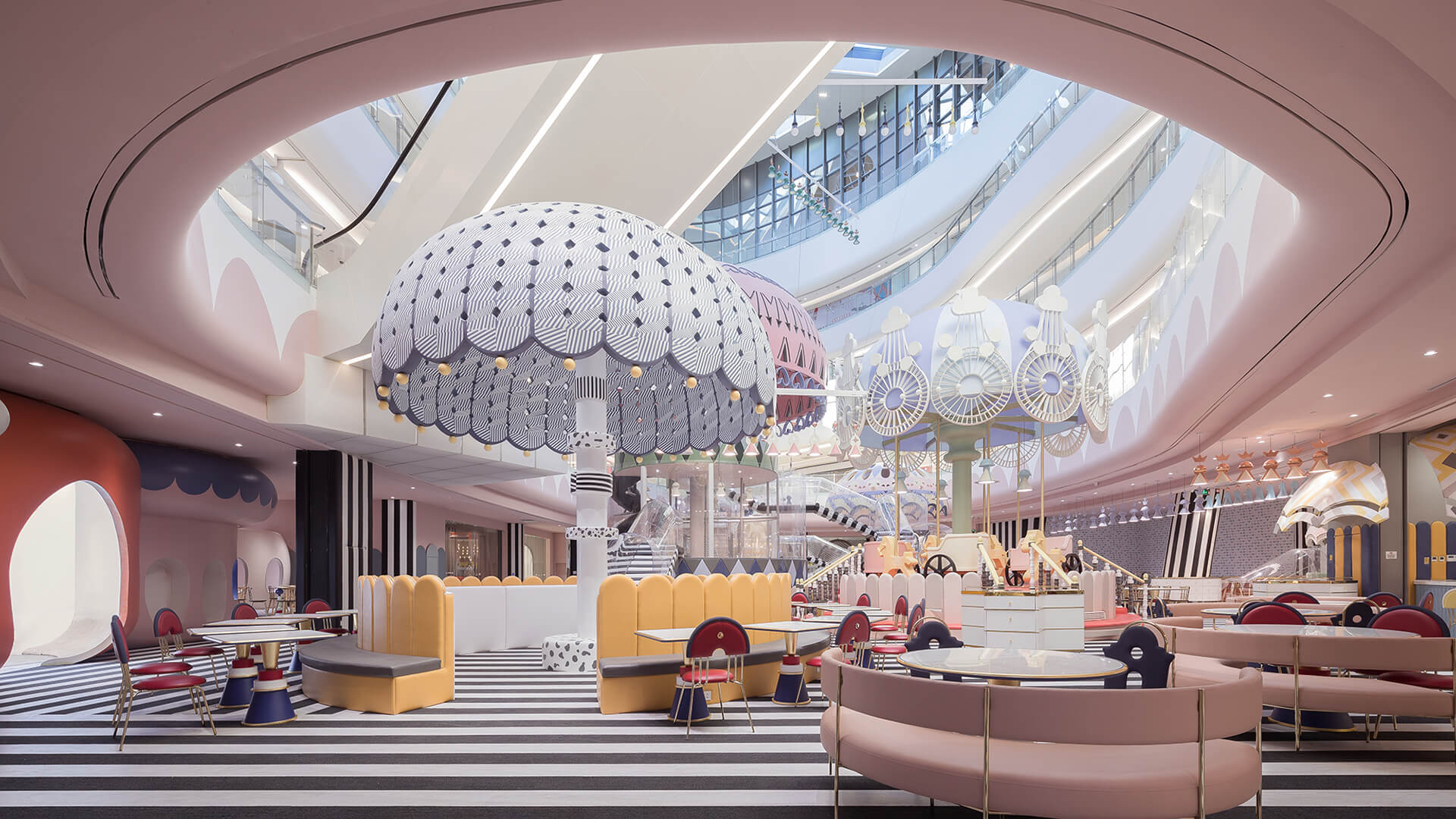 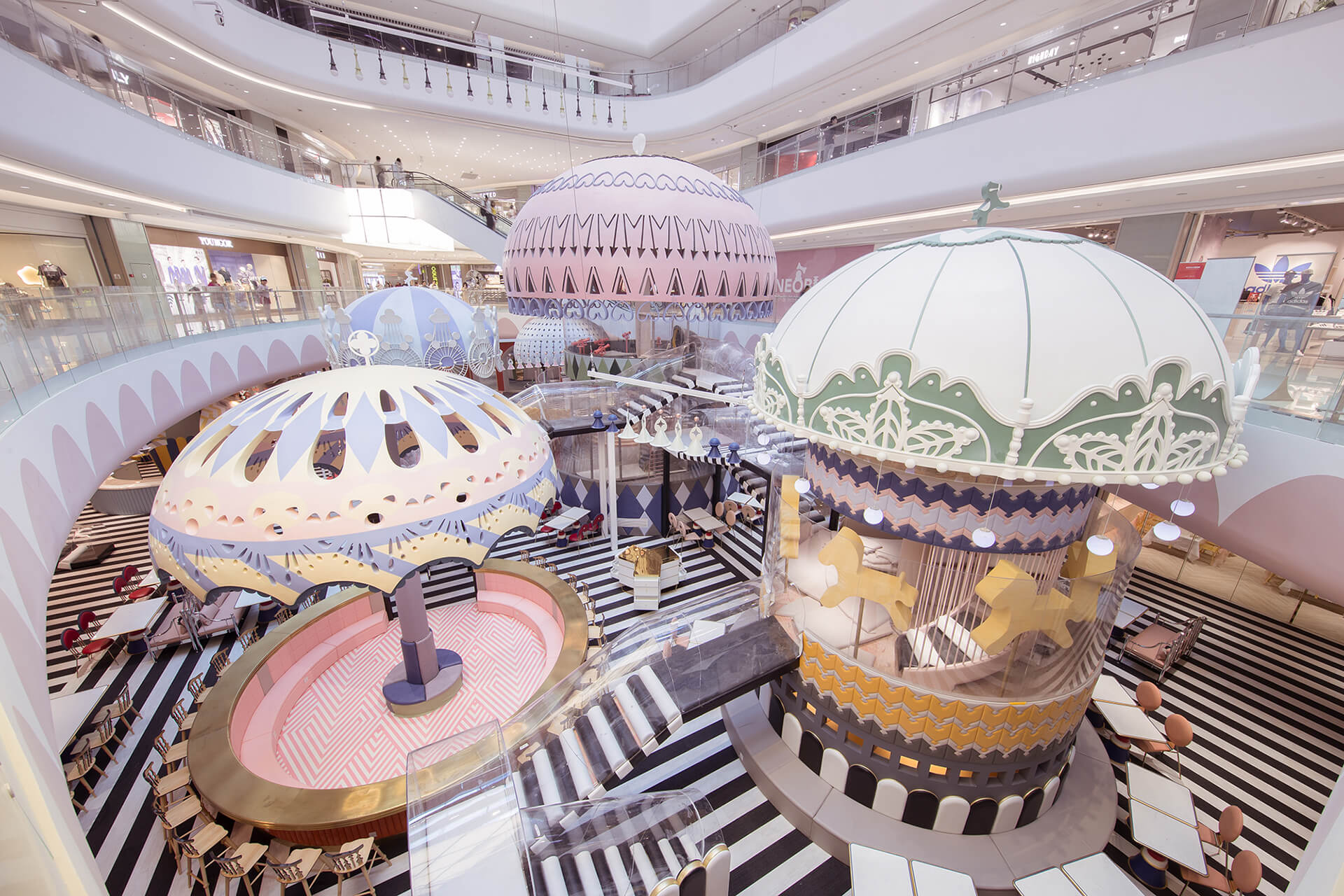 She believes that while people are increasingly favouring the convenience of online shopping, the internet is no substitute for social destinations such as restaurants, cinemas and locales for family activities. ‘Experiential places that are integrated with retail are a win-win solution and must become an offline business trend in China.’ She sees the connection already taking hold in the retail sector, where services and experiences are the new merchandise, and is convinced that consumer-focused places need to convey a deeper connection to the goods on offer.

Neobio may focus on parent-child activities, but it still relies on consumption; selling tickets equals income. ‘The project is a commodity, and whether people are willing to pay for a ticket to play depends on the overall feeling, including its sense of design.’ Xiang conceptualized the play space’s various programmes, imbuing them with storytelling elements to engage the audience. Basing her redesign on the mall’s original layout, she created four major zones: Sims City, a children’s library, a climbing area and a restaurant. The X+Living team considered the ages, interests and behaviours of the children, while including areas for entertainment, rest and education.

Sims City scales down an entire kingdom to kids’ size, while the library’s rainbow motif finds form in fluid bookshelves that double as climbing walls and tunnels. The official climbing area is filled predominantly with commercial equipment purchased by the client. Such products ‘don’t usually tell stories and express themes’, says Xiang, ‘so we constructed a house-like cladding to make the space more interesting’. 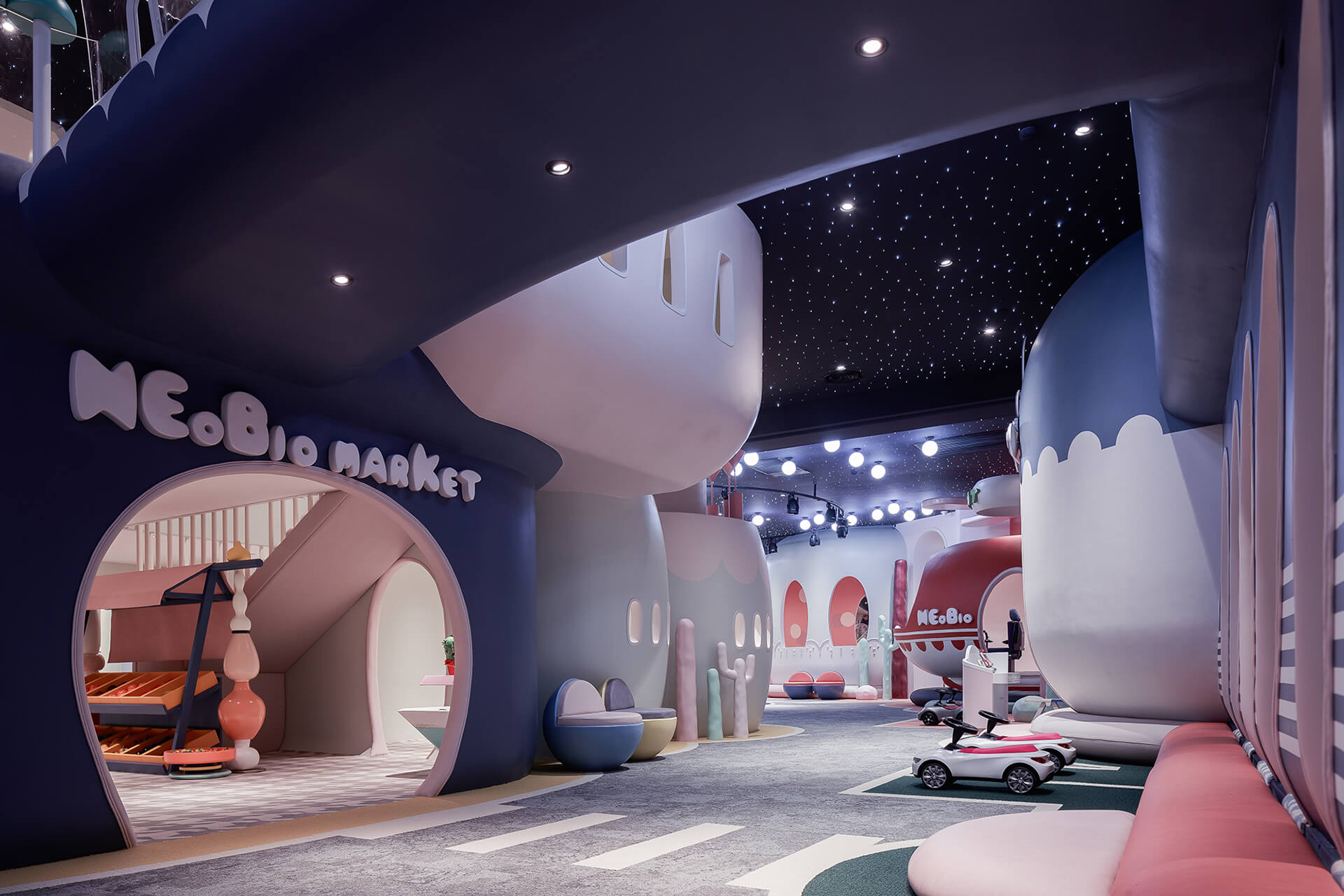 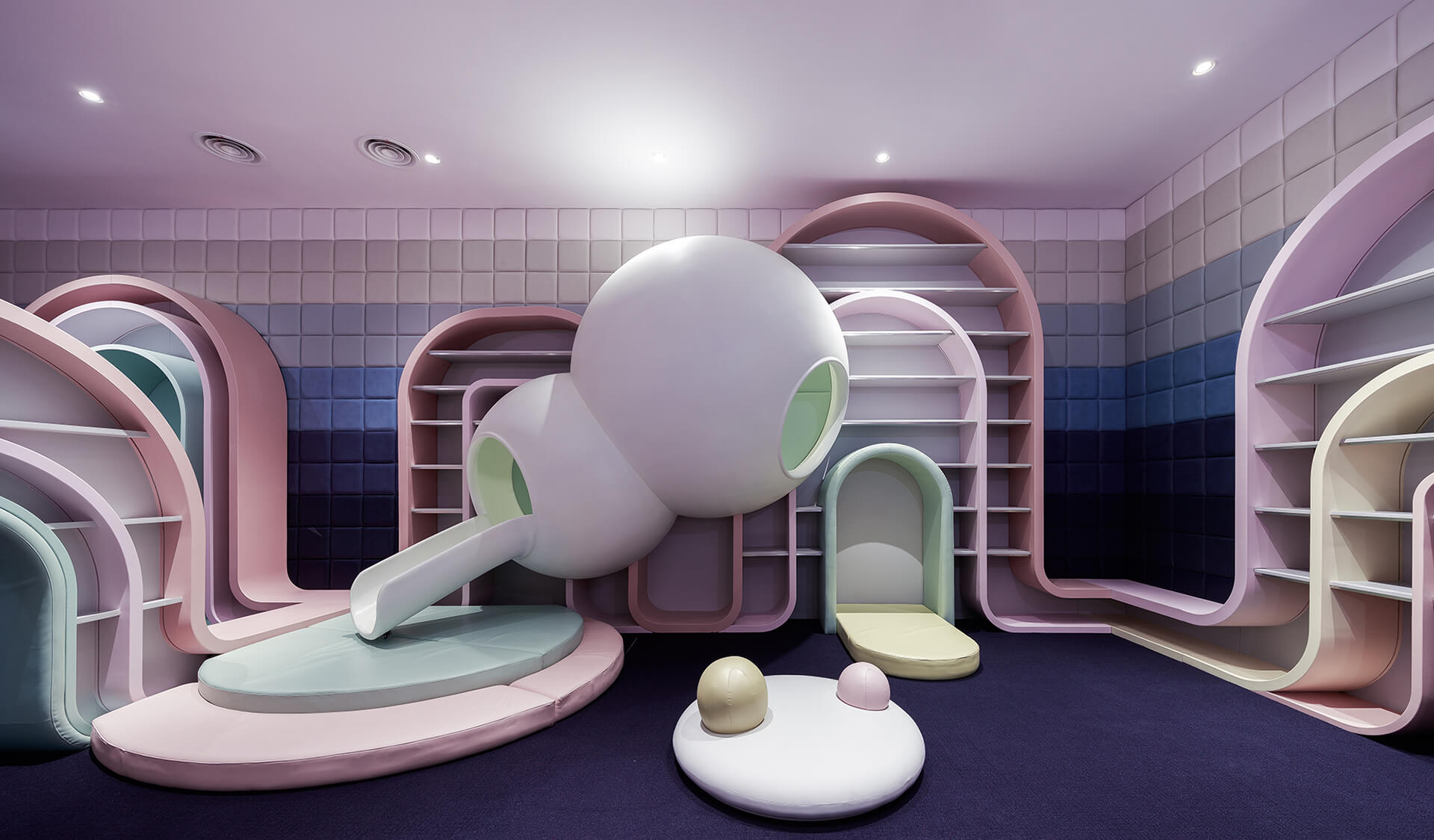 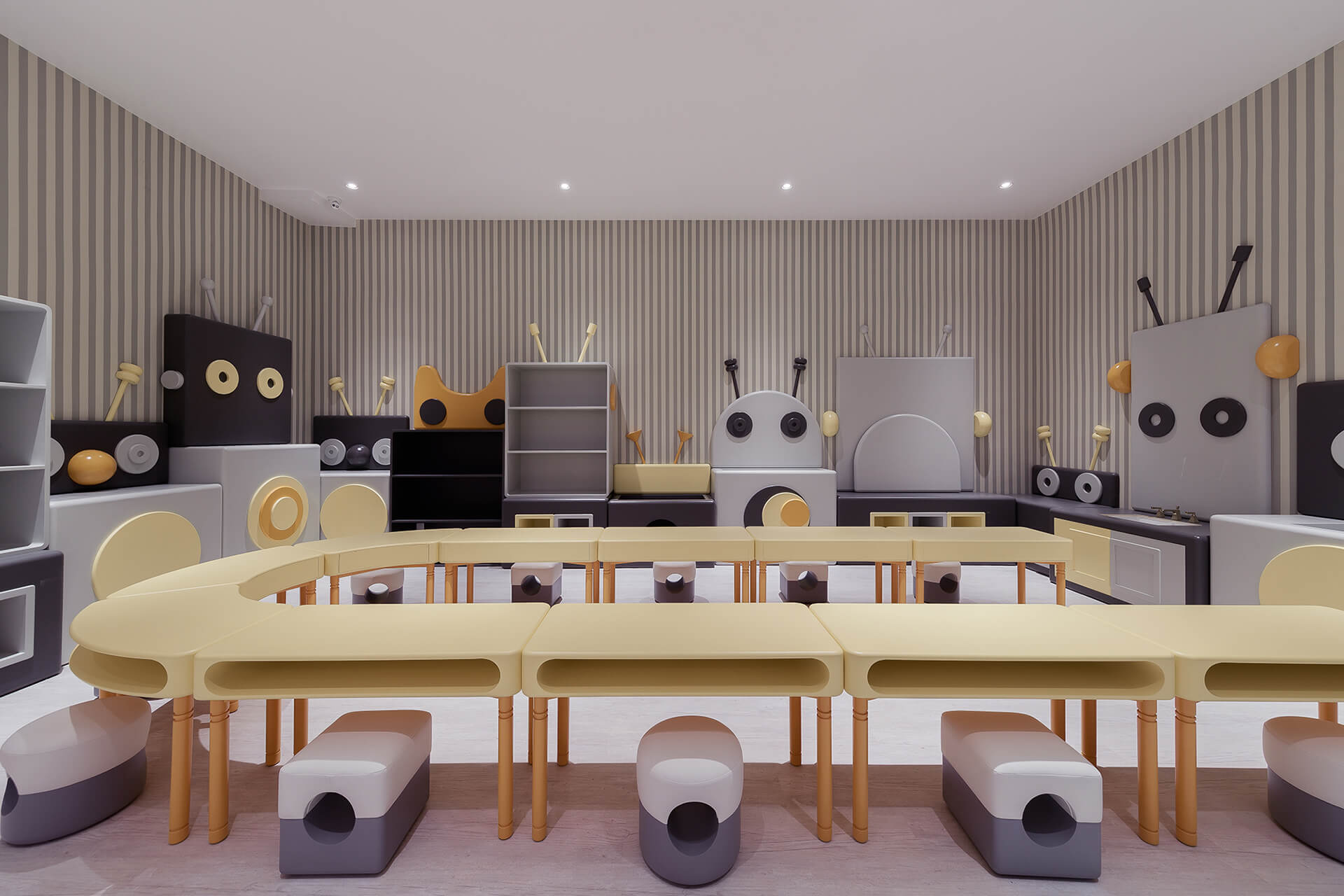 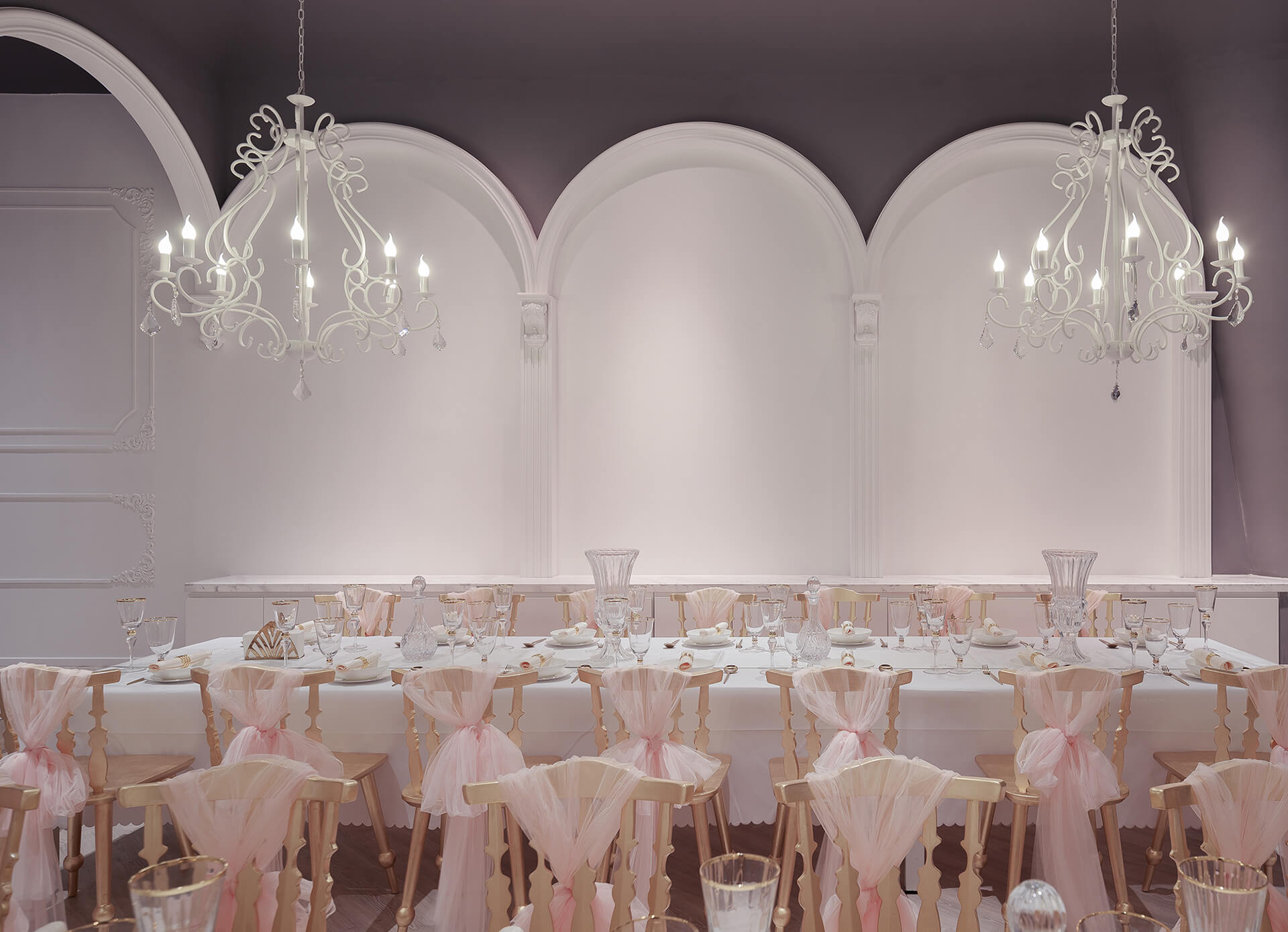 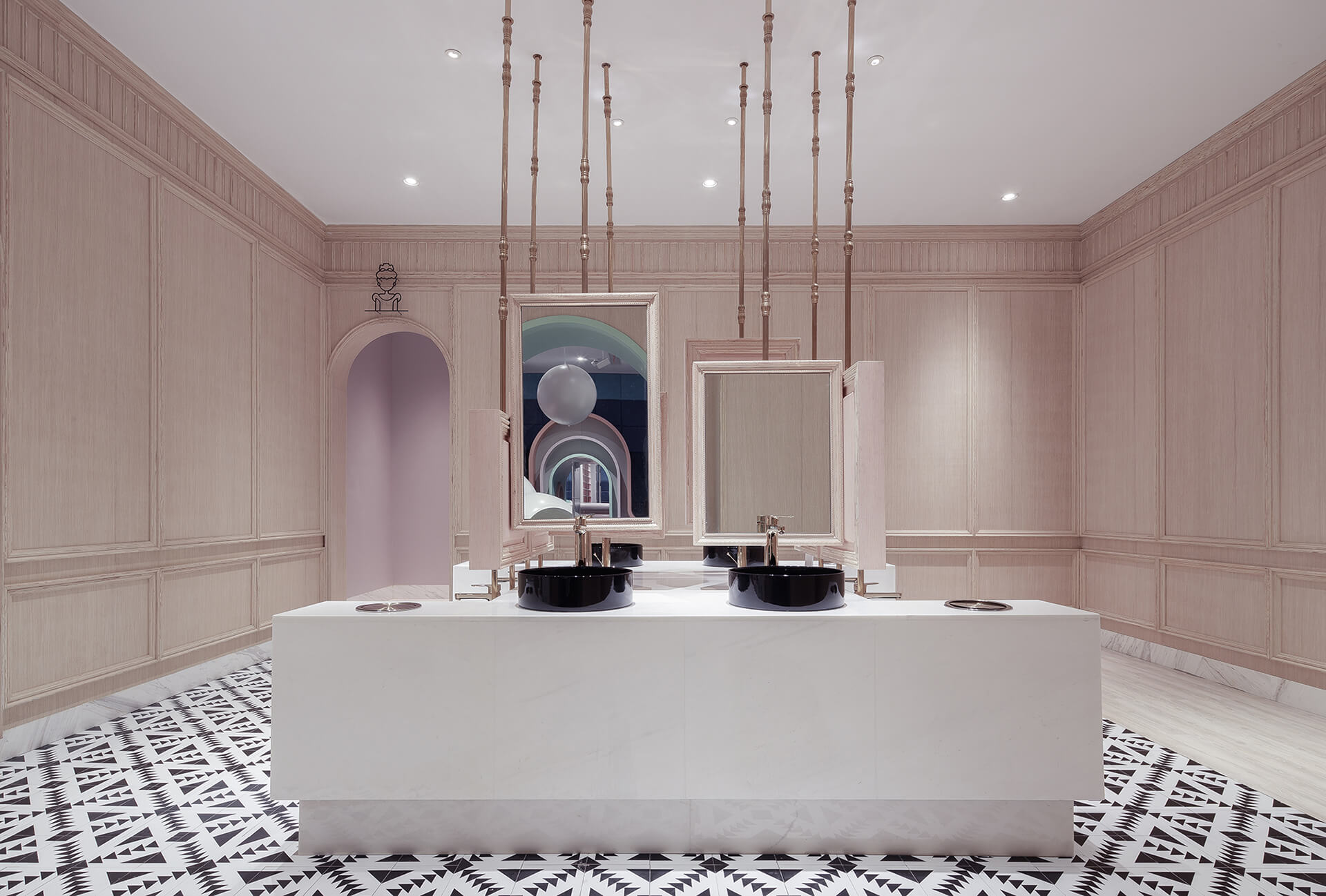 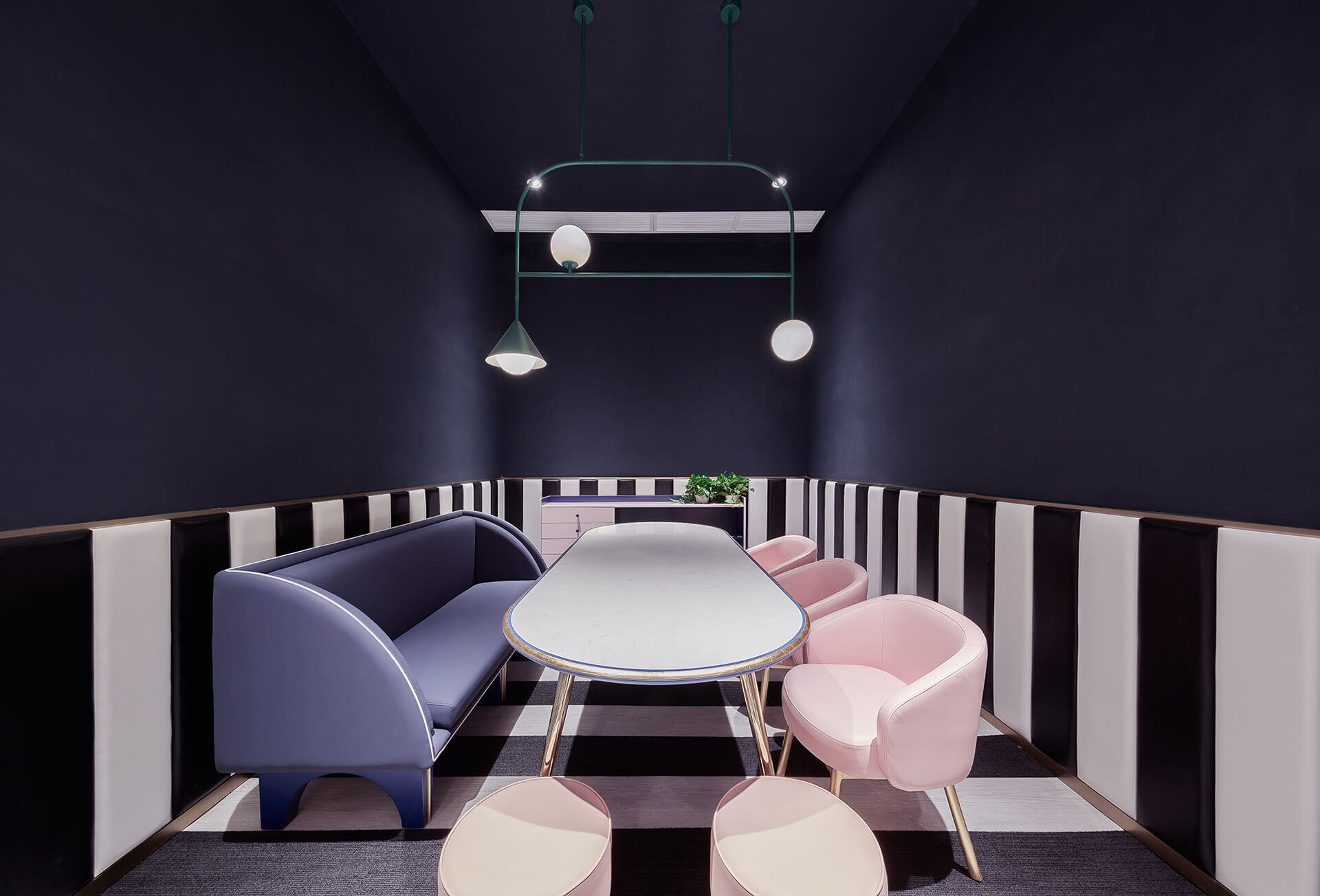 Like Neobio Shanghai, whose scheme was inspired by the image of a hot-air balloon rising above a castle, the Hangzhou restaurant area beams with buoyancy. Dotted around parasol-shaped structures – which denote function and lend intimacy to the open atrium – are play pits, crawlways and carousels. X+Living sought to better merge the restaurant area with the larger retail environment by giving consumers a clear view from above. The designers sent the sugar-sweet parasol structures skyward; their peaks are visible at eye level on the third floor.

Neobio Family Park may succeed in experience, but it does so by adding a separate entity to the overall retail scheme. Xiang’s call for more integration between goods and spaces requires brands housed within the shopping mall to step things up.

This piece was originally featured in Frame 125, which you can purchase here. The Neobio Family Park is nominated for the Entertainment Venue of the Year at the Frame Awards 2019. The winner will be selected by our jury, but readers can vote for their favourite projects – including this one – in our People’s Vote category until February 18.