Immersive spaces can help you work out harder, shows these Denver climbing studios

In its short existence, Rise Nation has quickly risen to popularity, with help from the long list of celebrities who rave about the climbing workout it’s known for. The 30-minute sessions use VersaClimbers, vertically aligned machines on which people position themselves, then ascend in place. Denver’s locations smartly tap into spatial design to help activate peak performance during: Risers, instead of the dimly lit rooms of hot yogis and Soulcyclers, crush calories in a ‘trance-like nightclub’ atmosphere. 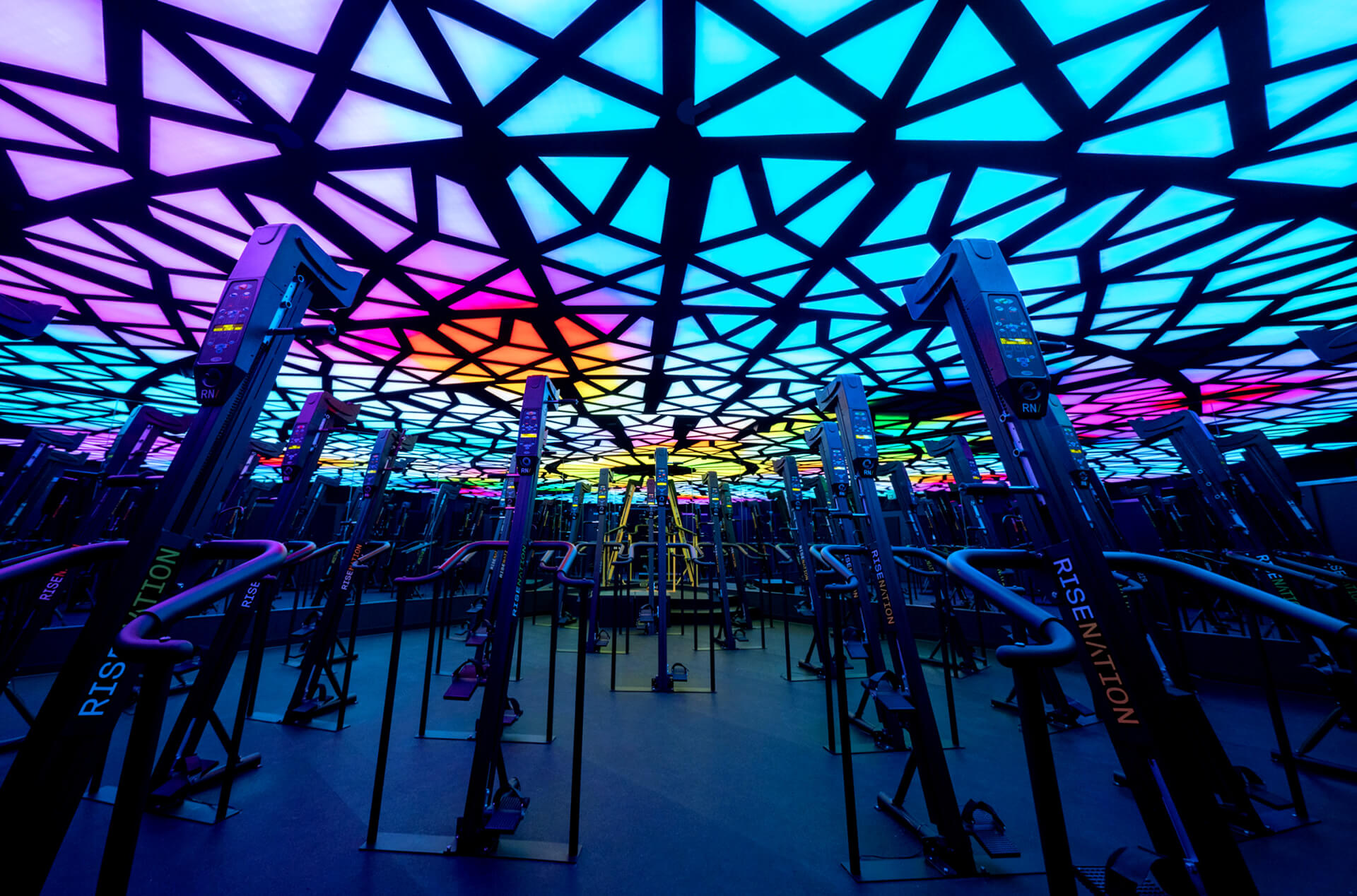 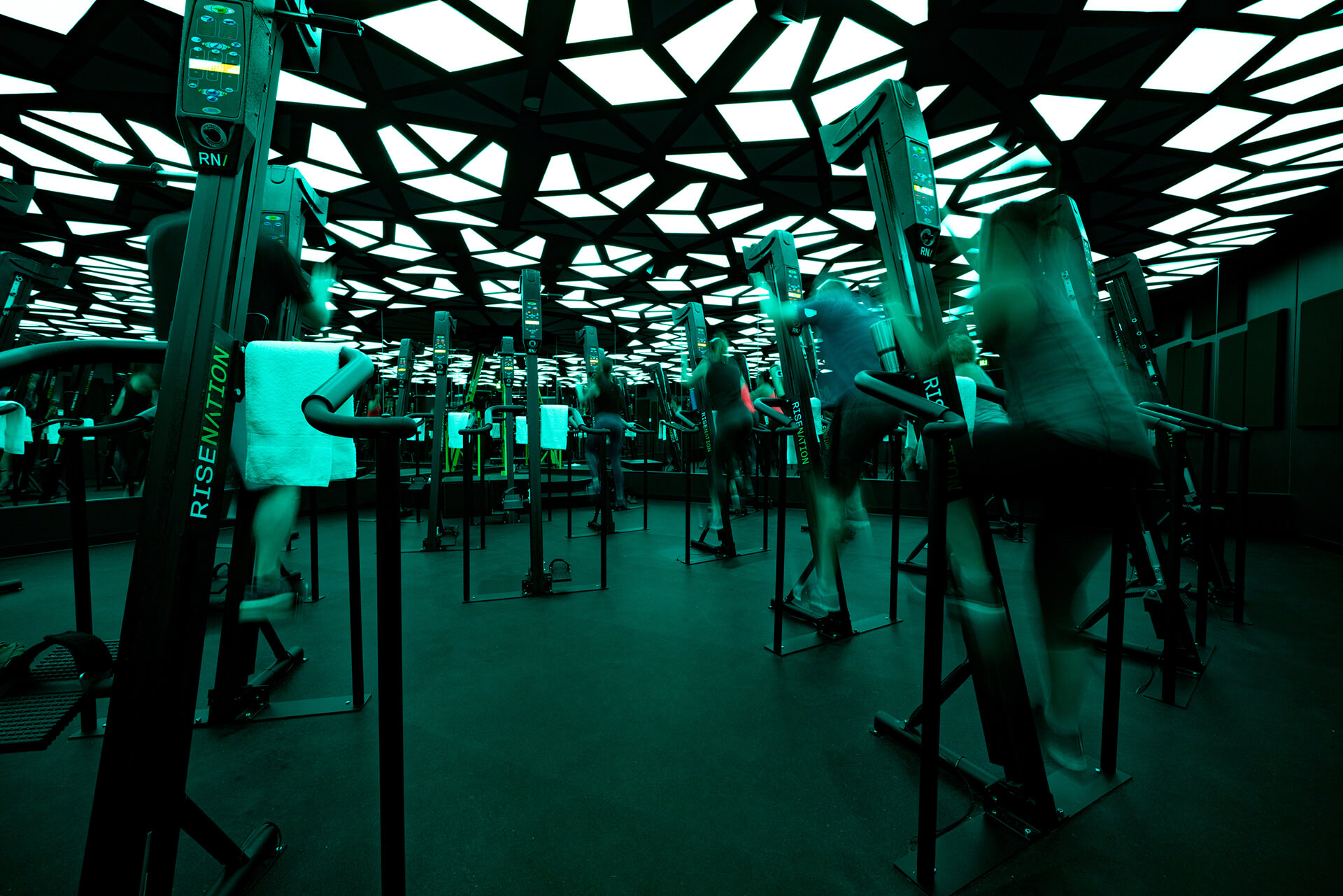 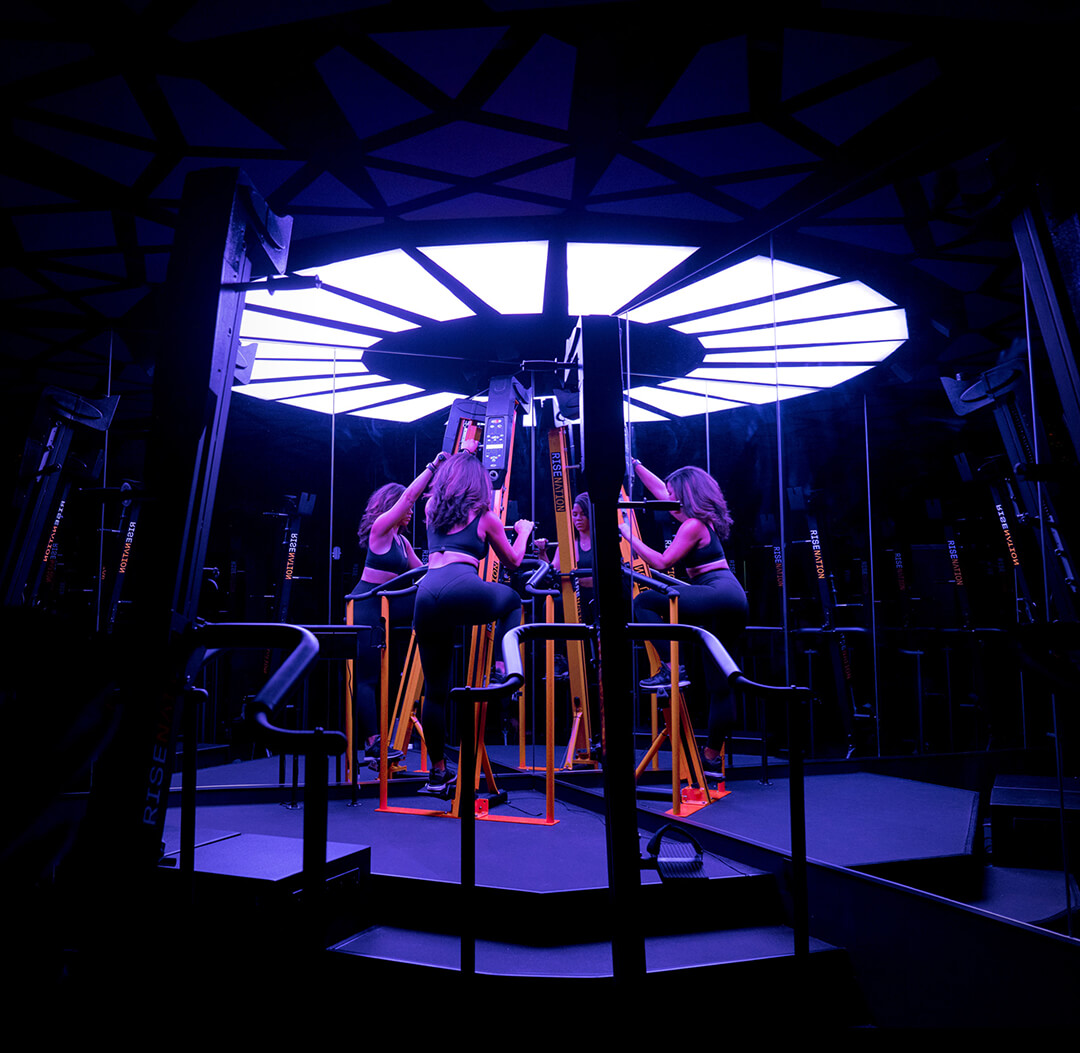 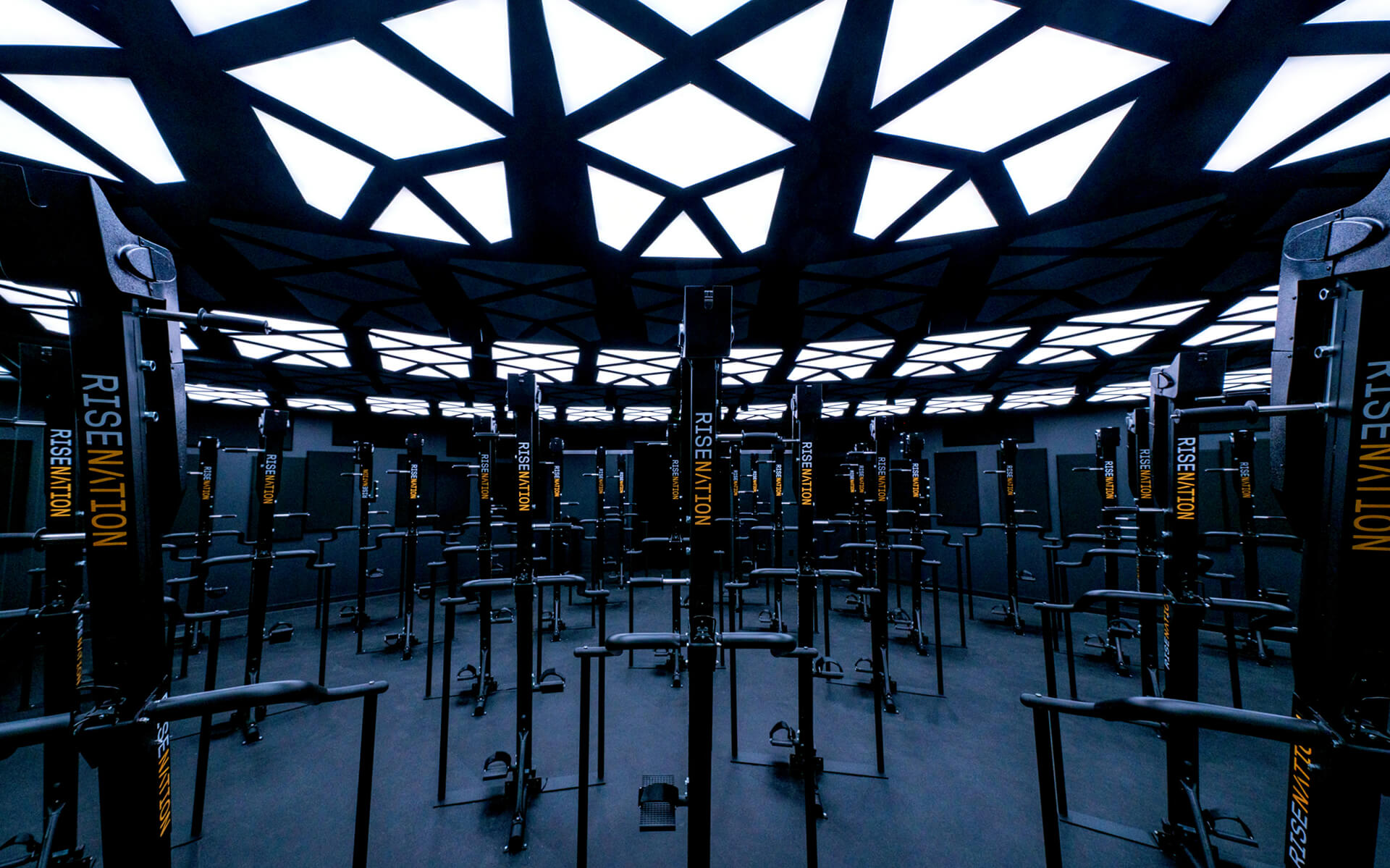 Cactus busted the typical mould of exercise spaces open, aiming to ‘redefine the interaction/relationship between the users and the trainer,’ according to the studio’s co-founder Lucas Werthein. The lighting systems in place in the two Colorado studios – thousands of LED fixtures making up interactive ceilings – are completely modular. Using the visual development platform TouchDesigner, Cactus can load different architectural plans ‘with the click of a button,’ mapping hundreds of fixtures and using those details to create various audio-reactive patterns for an adaptable, massive display.

The rapid-changing scenery and rhythmic visual patterns are inspired by the idea of actual mountain climbing environments, as to make the climbers feel as the outdoors would – disconnected, but intently focused. Three dynamic settings – Macro, Mezzo and Micro – can be programmed to amplify the feeling of both competition and camaraderie. Werthein elaborated: ‘From the user’s perspective, the lighting modules promote individuality and unity at the same time.’