How Snarkitecture breaks theoretical rules with art and design

An adventure is described as a risky or unexpected undertaking. By this definition, all Snarkitecture works are adventures, and the past decade of the studio’s curiosity-inspiring exploits are now on show in the retrospective exhibition: Fun House at the National Building Museum, Washington DC. 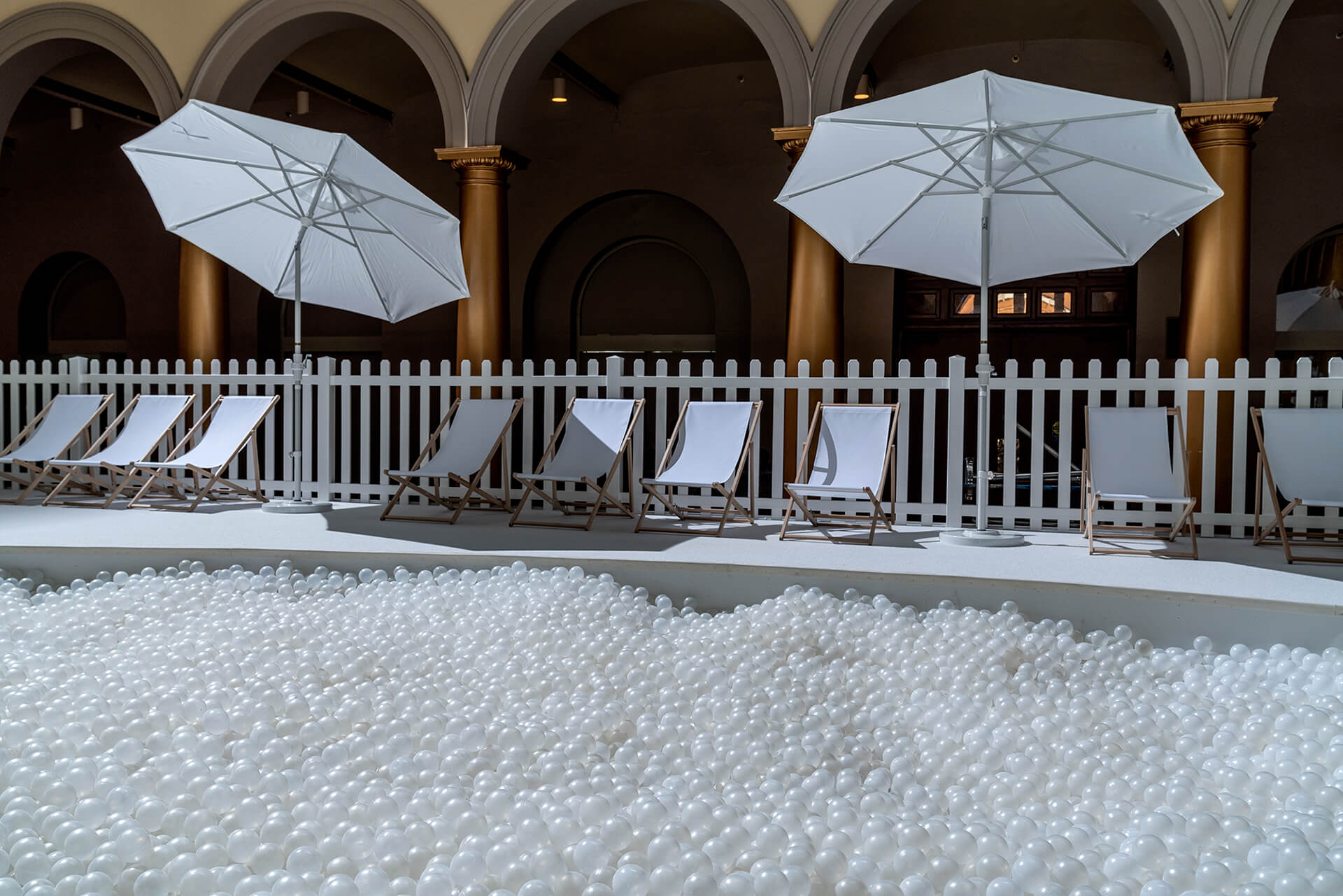 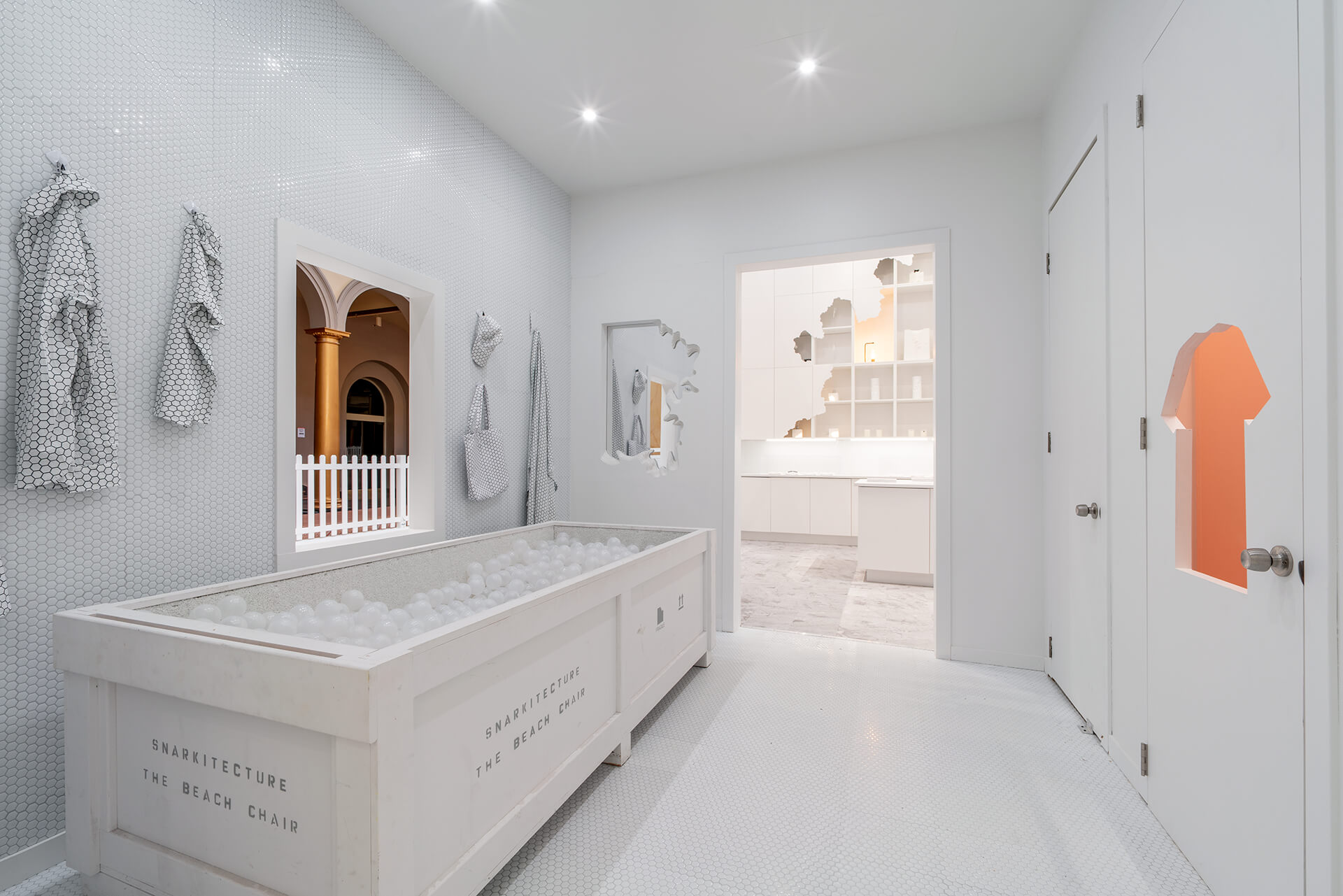 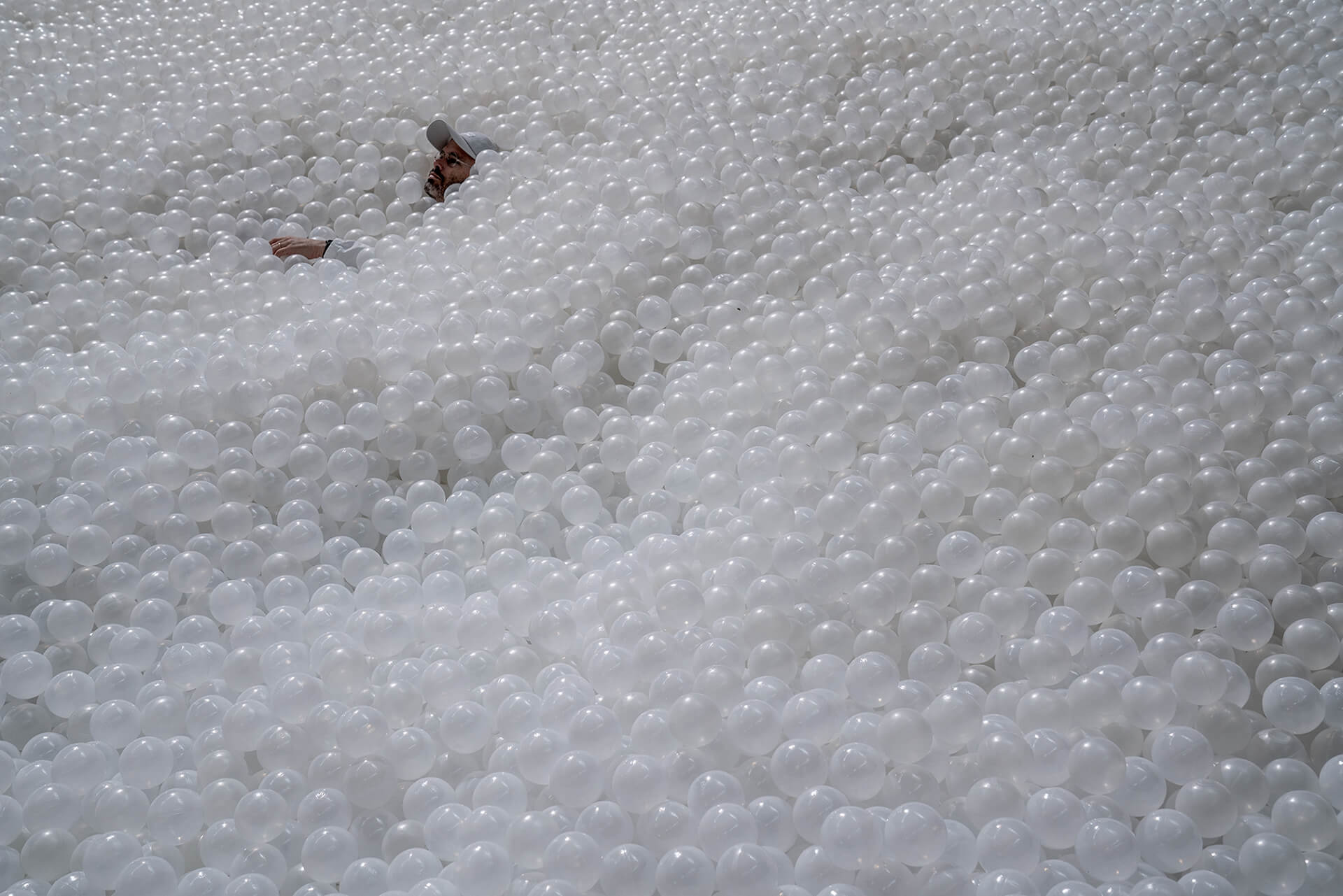 Fun House is the result of an invitation to create a second Summer Block Party series installation for the museum. In 2015 the studio exhibited The Beach, which welcomed more than 180,000 visitors over the course of eight weeks - numbers not often matched by other exhibitions in the same space. A scaled down version of The Beach is back, but this time it comes with an entirely un-typical residential dwelling crafted with 41 extra Snarkitecture works to match. 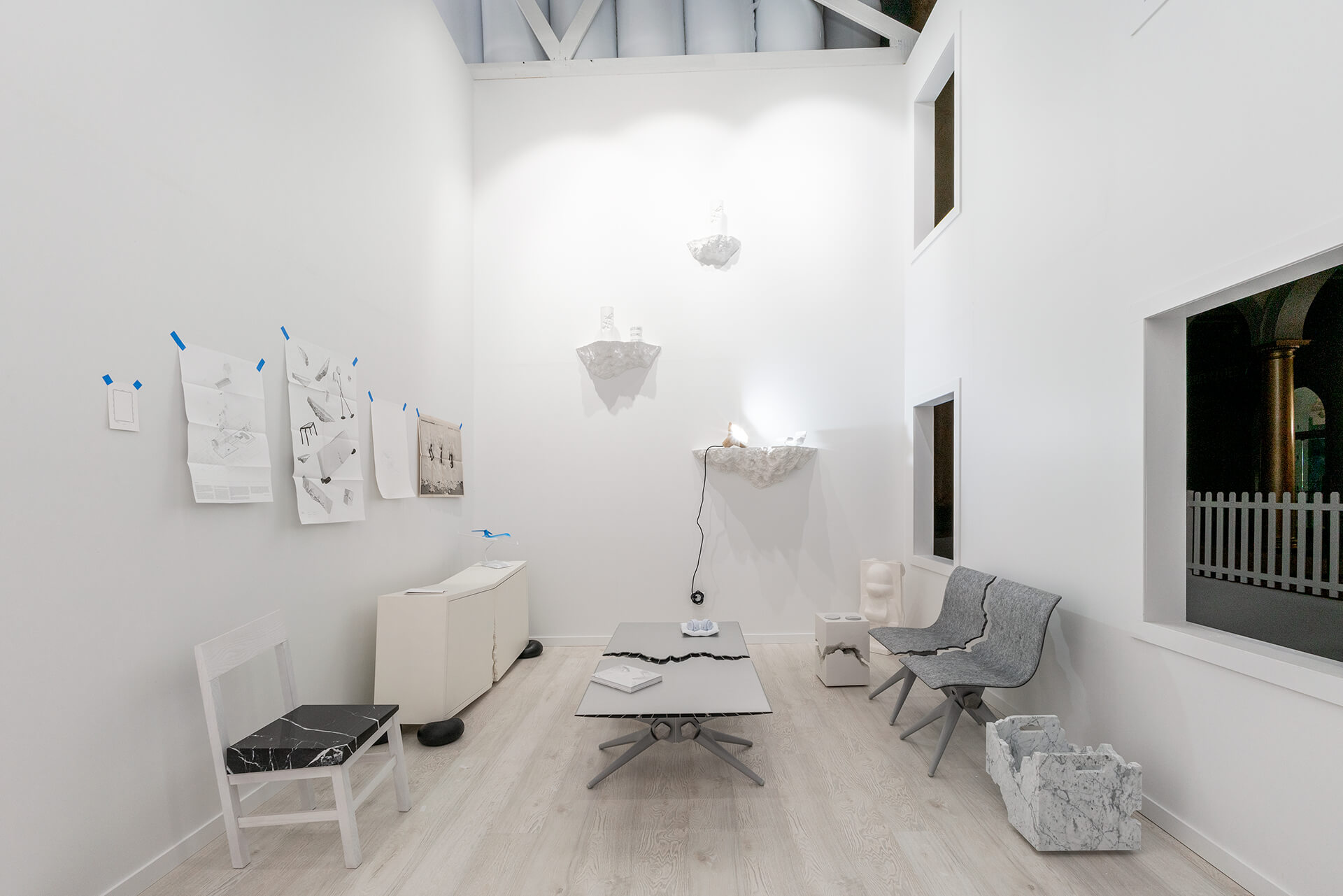 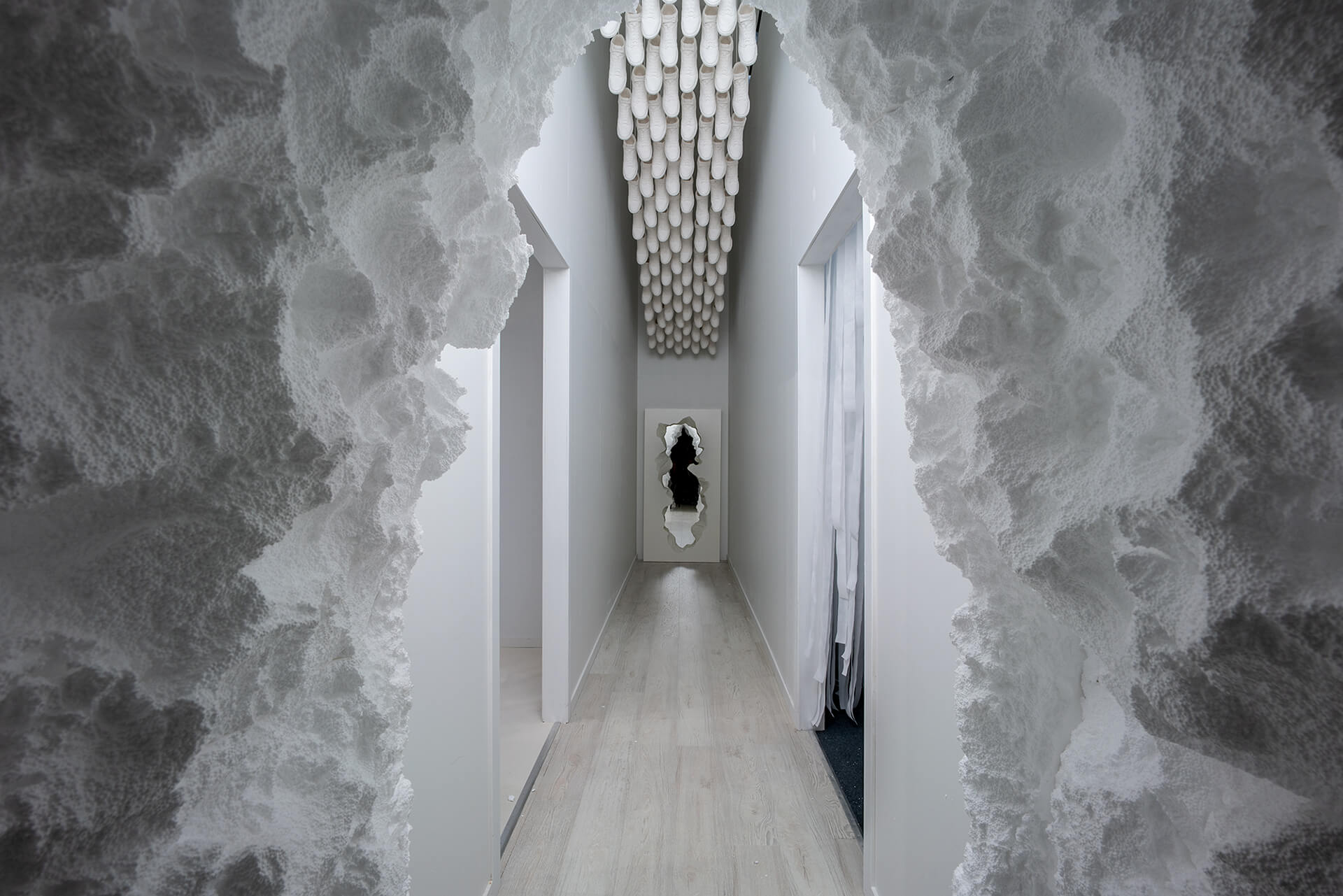 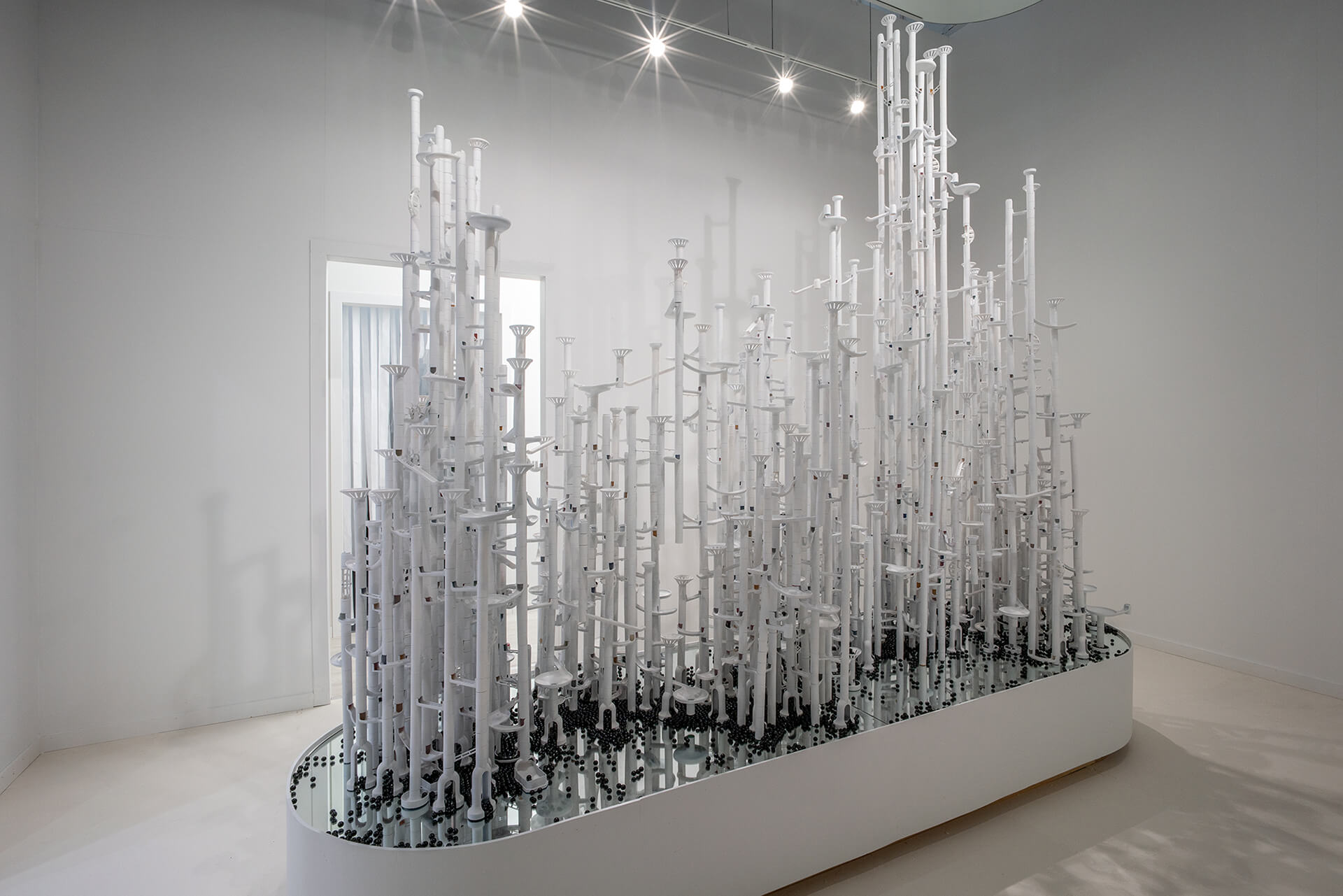 When exploring Fun House everything is familiar yet not quite right. Household objects such as chairs, coasters, cabinets and pillows play with the idea of unexpectedness. Slip Chair and Tilt Coaster uneasily throw the world is off-kilter. The façade of Cutaway Cabinet is excavated, providing a sneak-peek of the contents within. Pillow and Headphone Pillow are cast in cement and carved in marble respectively, making them not only solid, but unexpectedly cold to the touch. 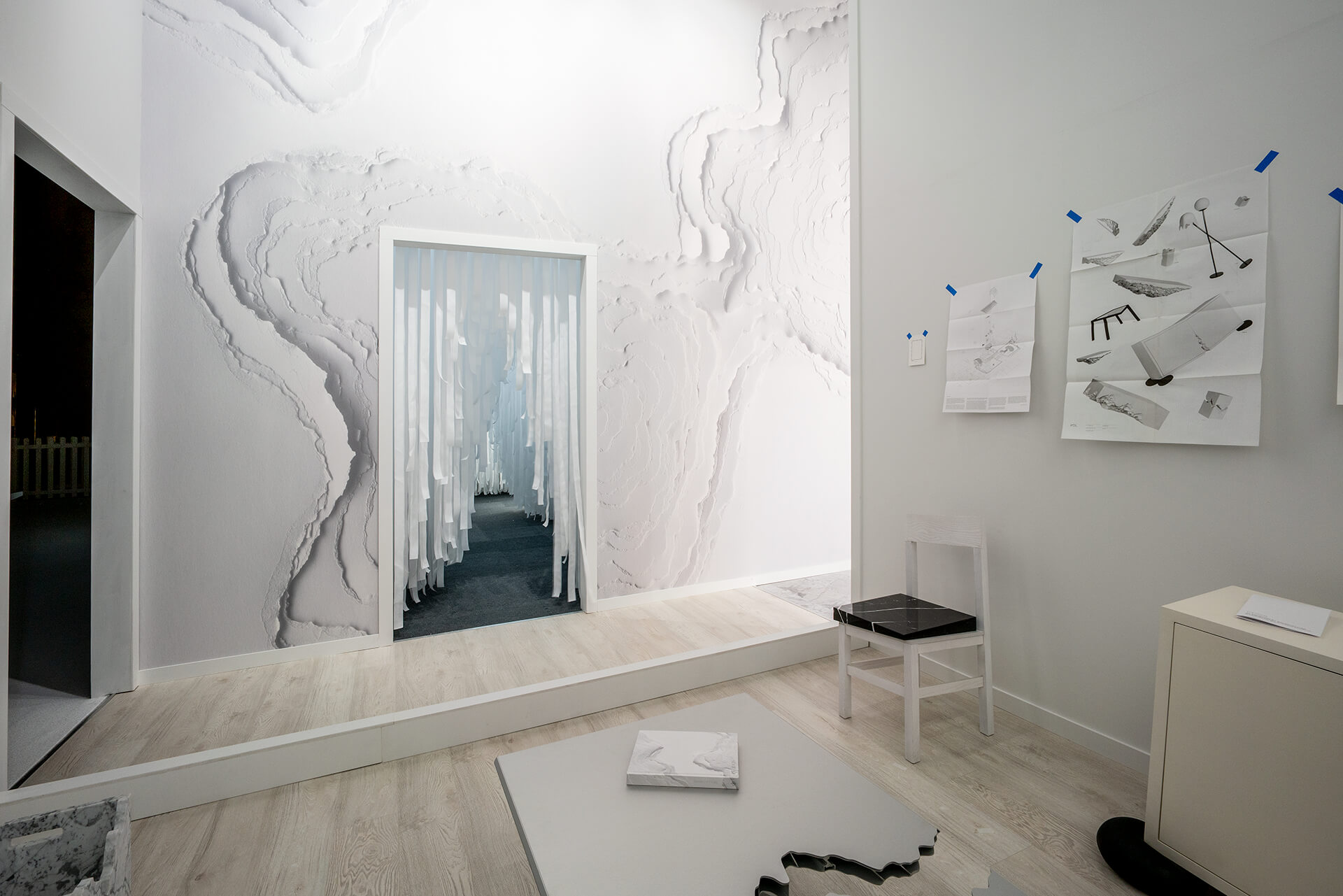 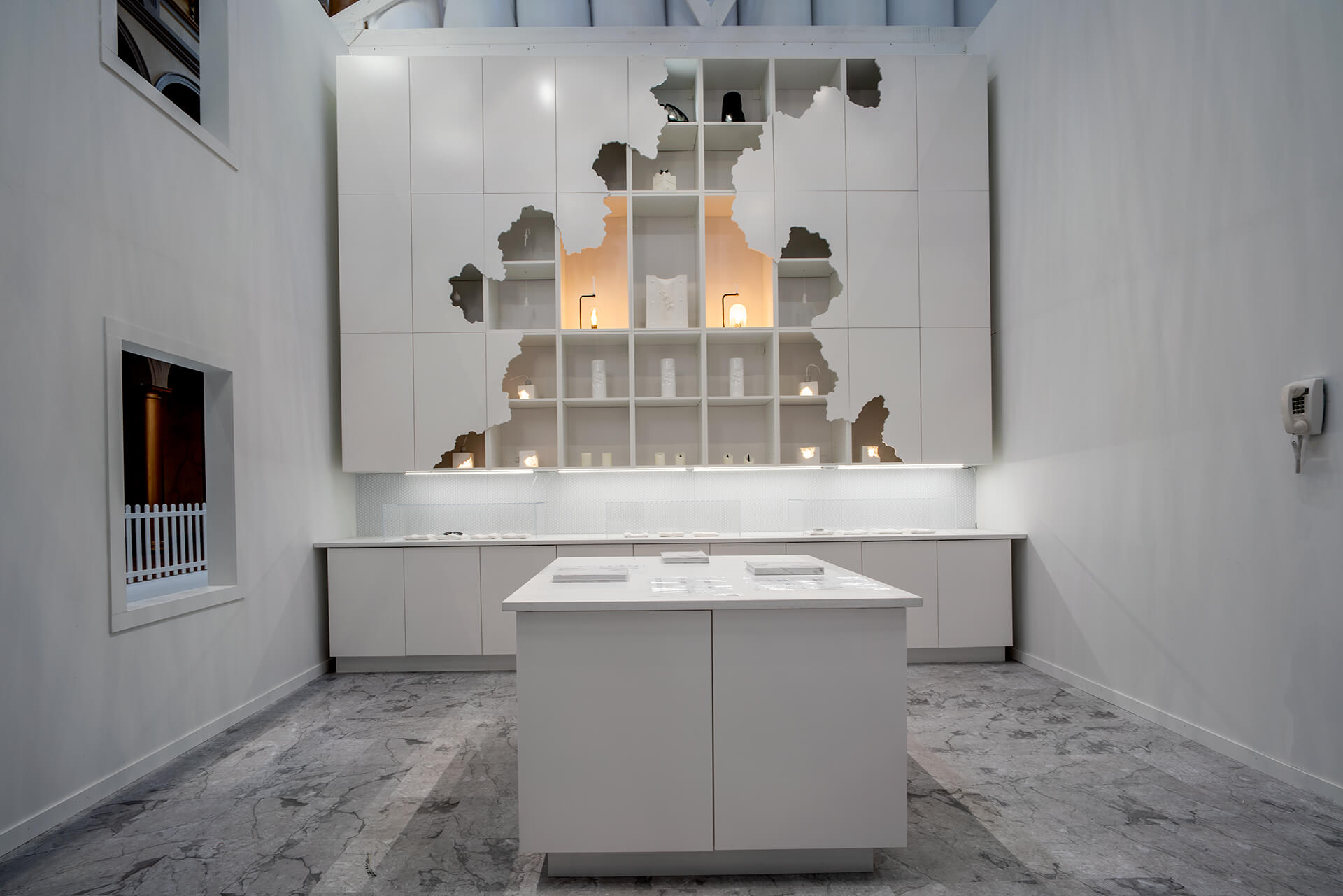 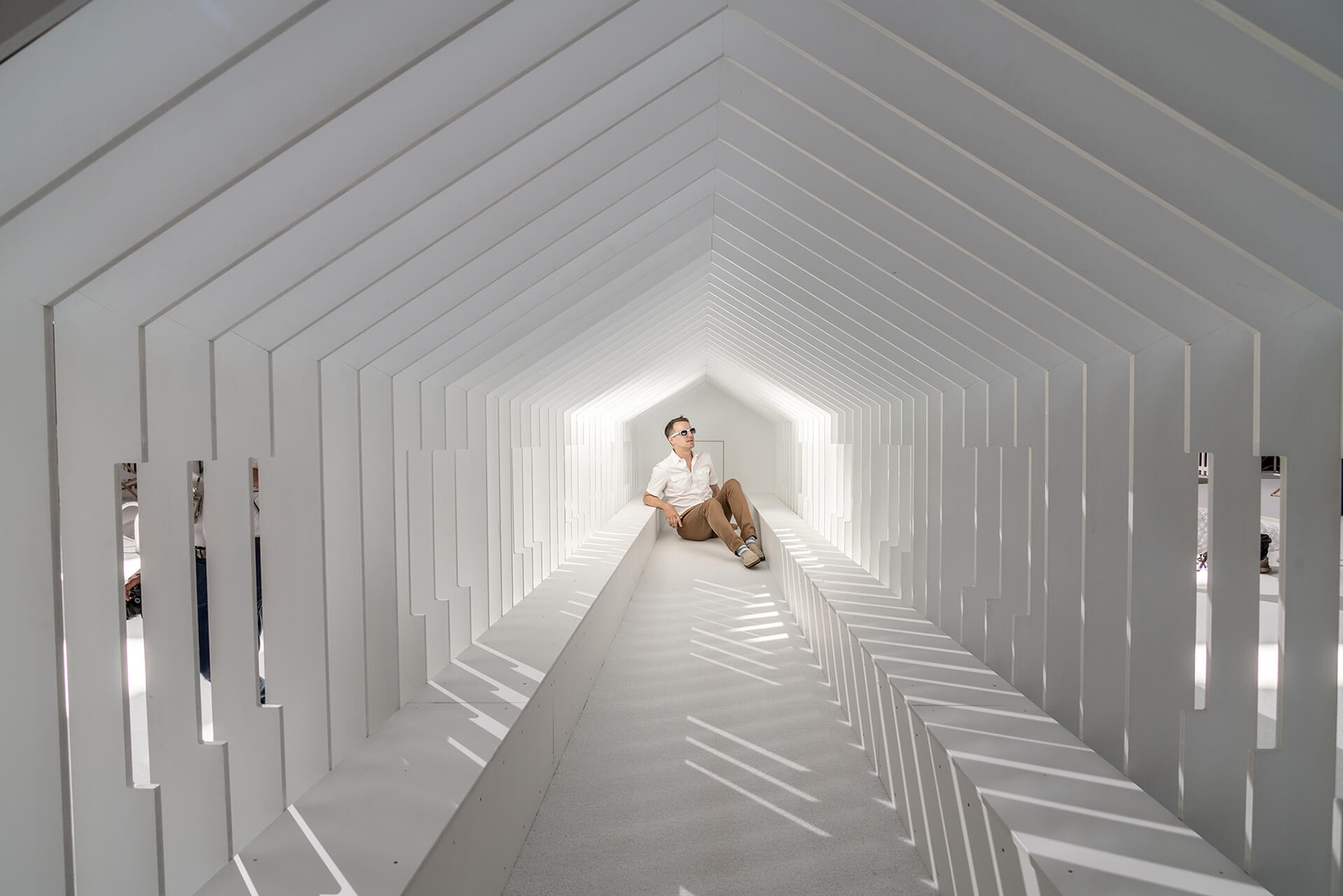 Snarkitecture describes its own creative process as ‘observing reality through unusual lenses [and then] reformulating it through a peculiar set of filters.’ One could argue that Snarkitecture’s process is actually an odd variation to the (now) everyday act of taking a photo for Instagram. So it makes sense that the National Building Museum would choose this installation to host its upcoming discussion about the nature of the museum in the Instagram age: Do it for the ‘Gram. When asked whether or not one influences the other Director of Marketing and Communications Emma Filar explains ‘I think it’s safe to say that they do but not in ways you might think.’