From afar, it looks like the canopy of a four-poster bed with heavy curtains. Close up, it appears to be a colossal tunnel. That is the impression one gets facing Hong Kong’s Xiqu Centre, a new eight-storey performing art centre in the developing West Kowloon Cultural District, dedicated to showing traditional Chinese opera.

When I said ‘colossal tunnel,’ I meant it: with its 1100-seat main theatre lifted and suspended 27 metres above the ground, the whole architectural execution becomes half public space, almost the extension of the surrounding road, where people can keep walking under it all. This unique shape is the brainchild of Vancouver-based architectural firm Revery Architecture, together with local architects Ronald Lu & Partners. 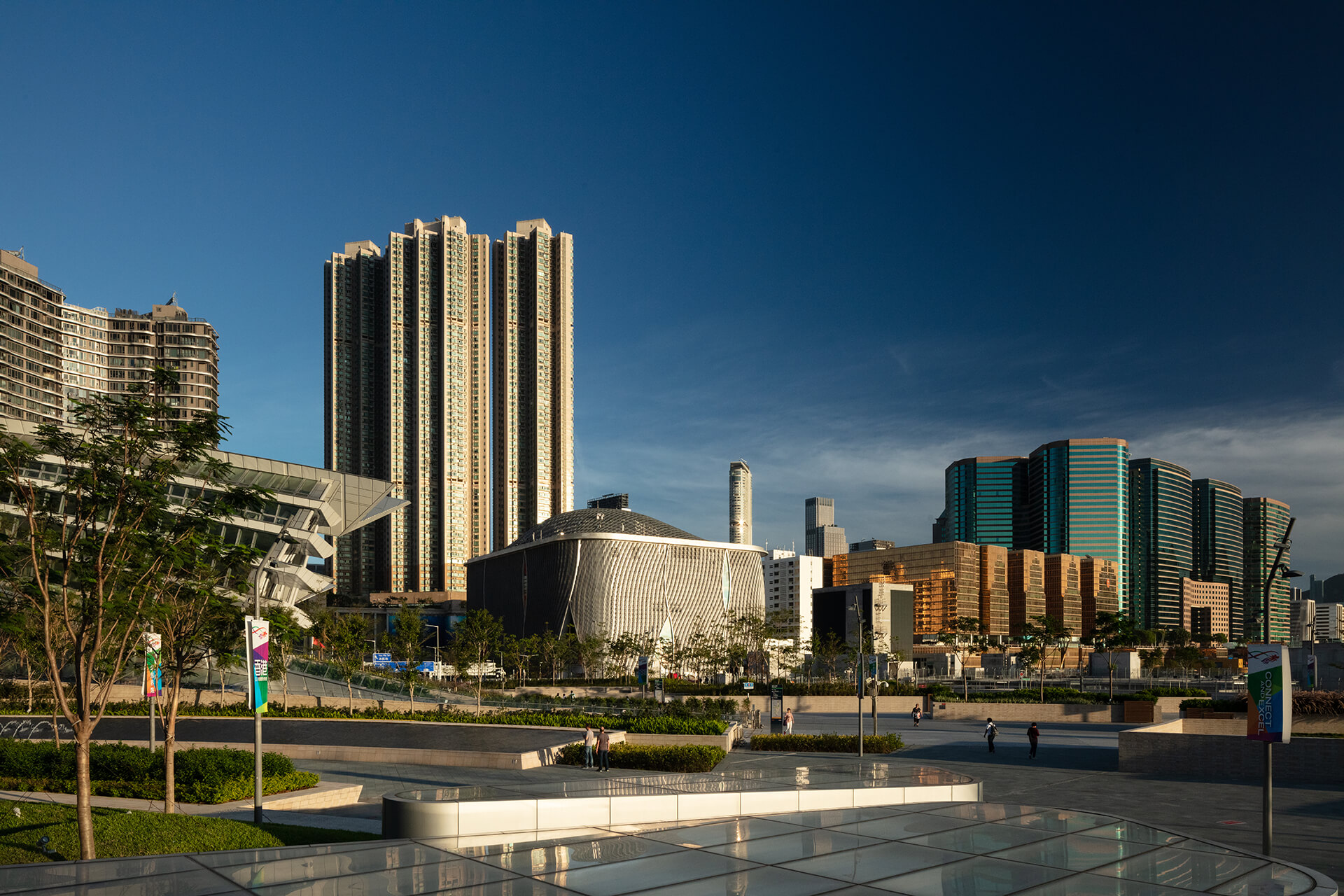 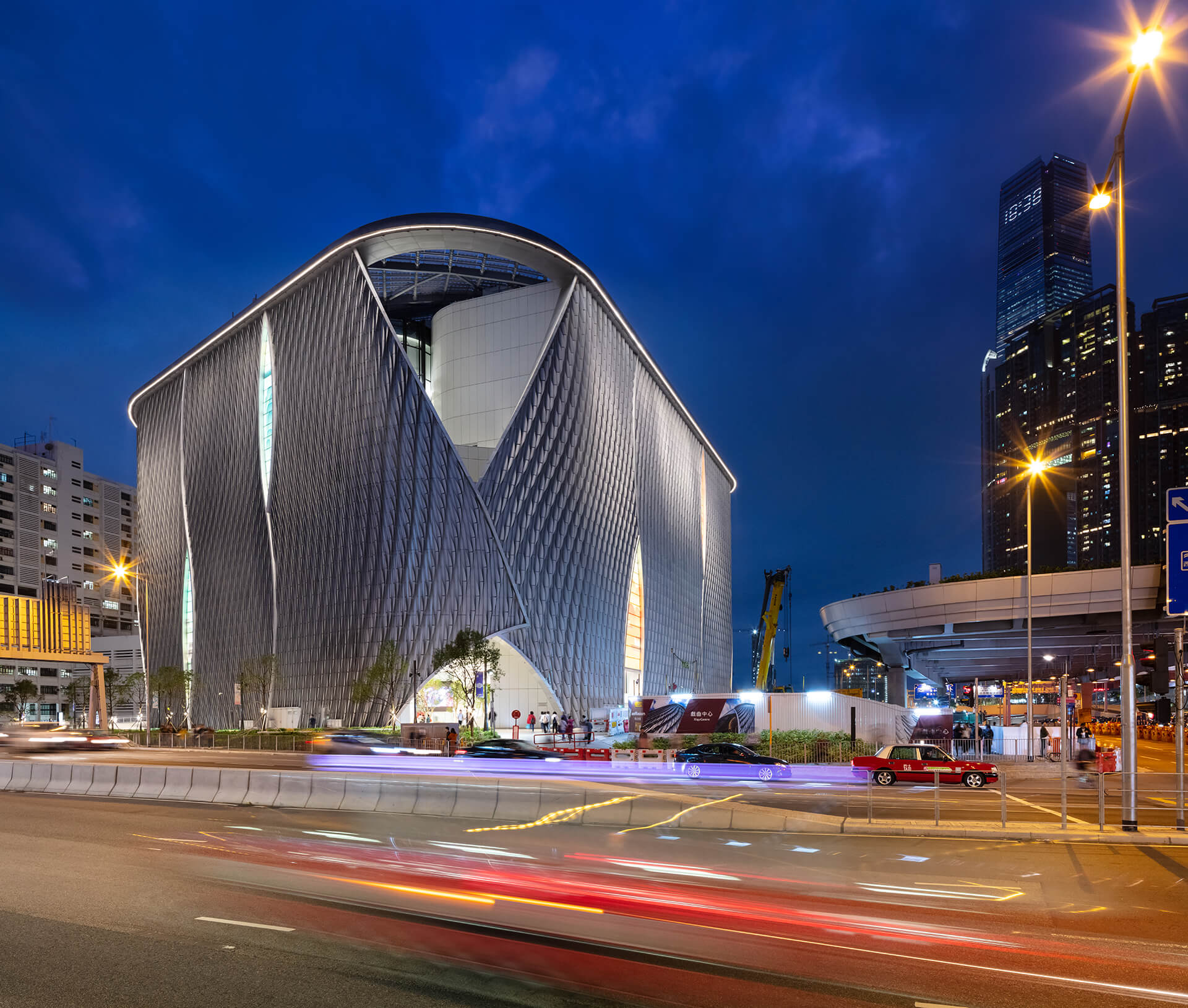 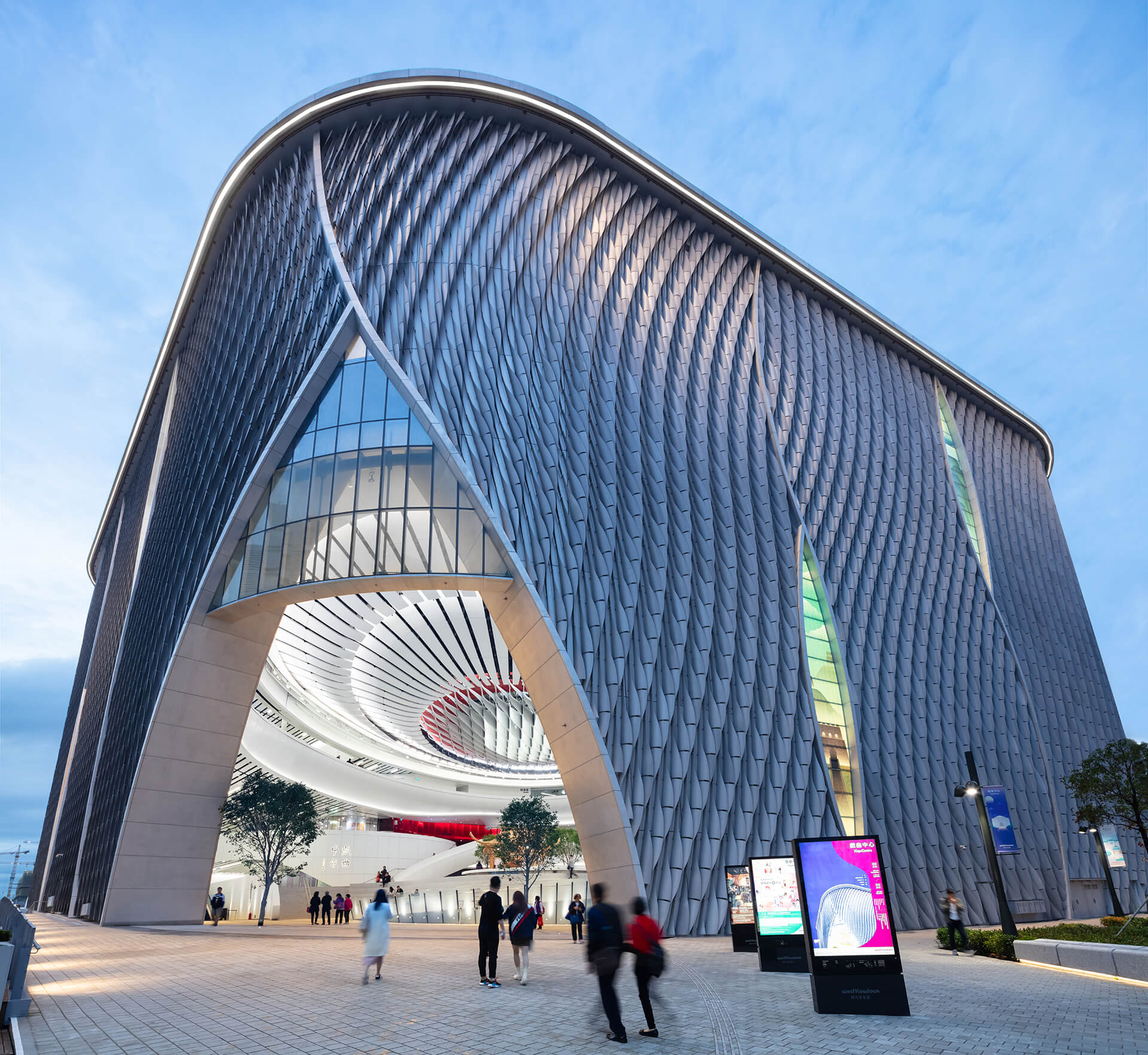 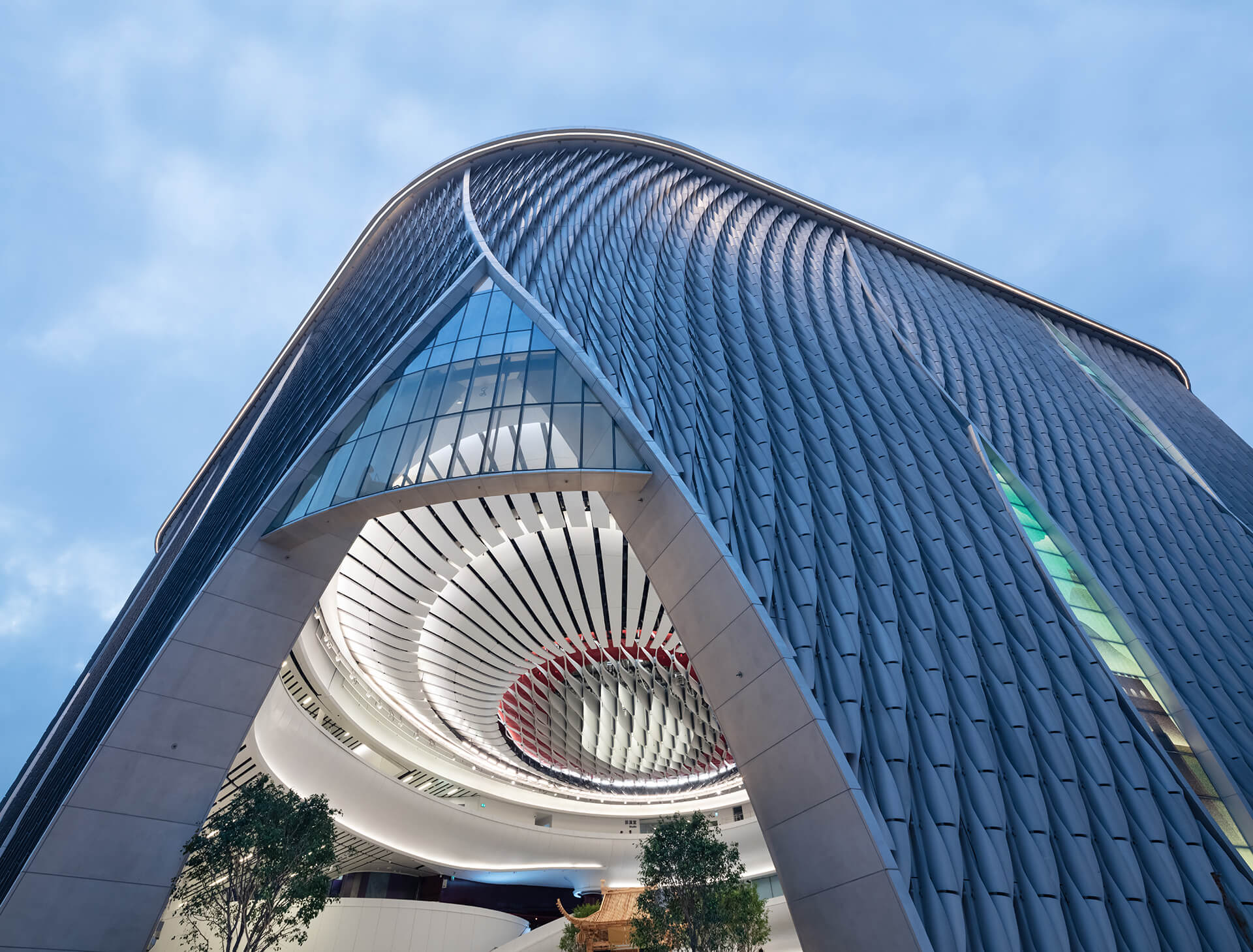 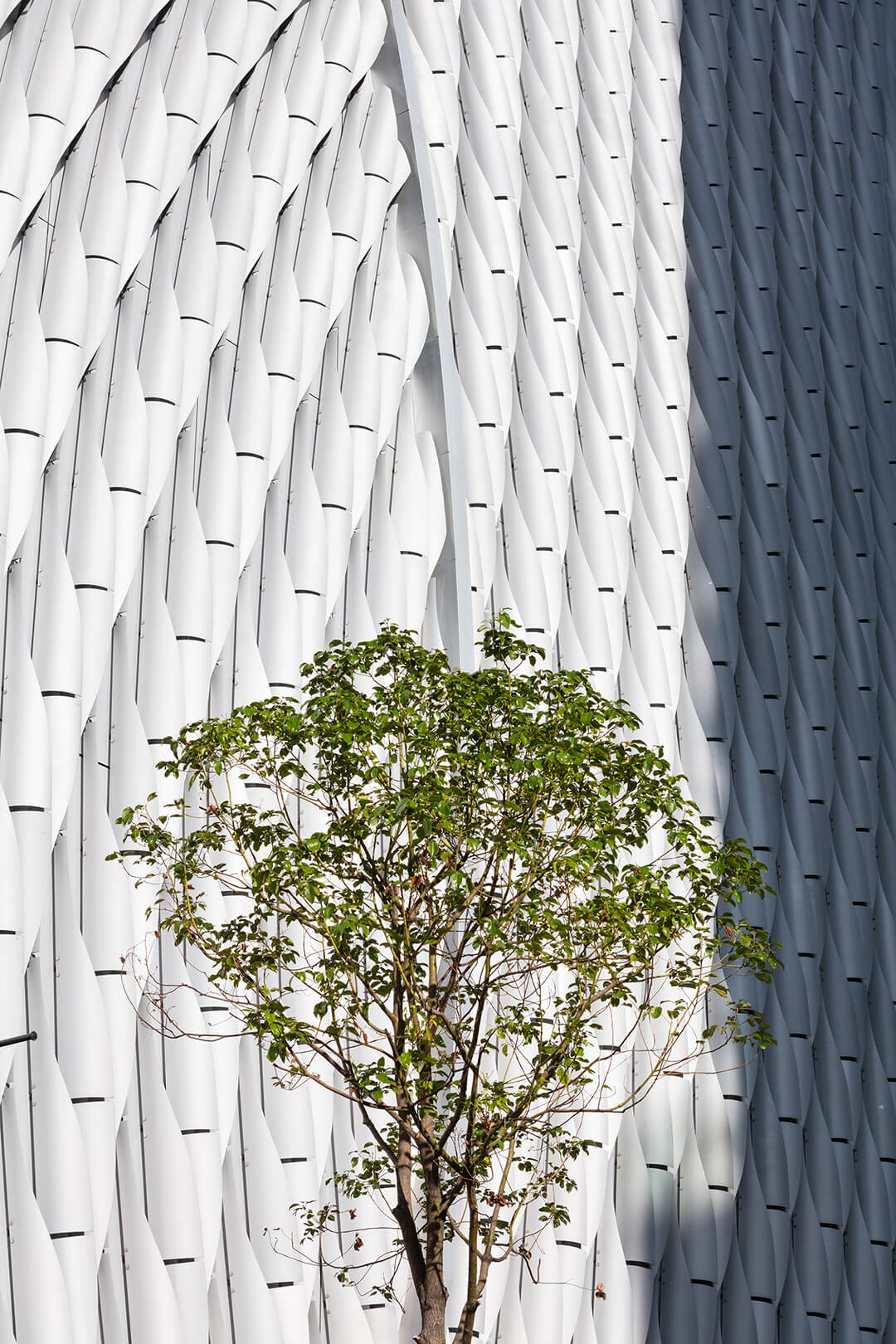 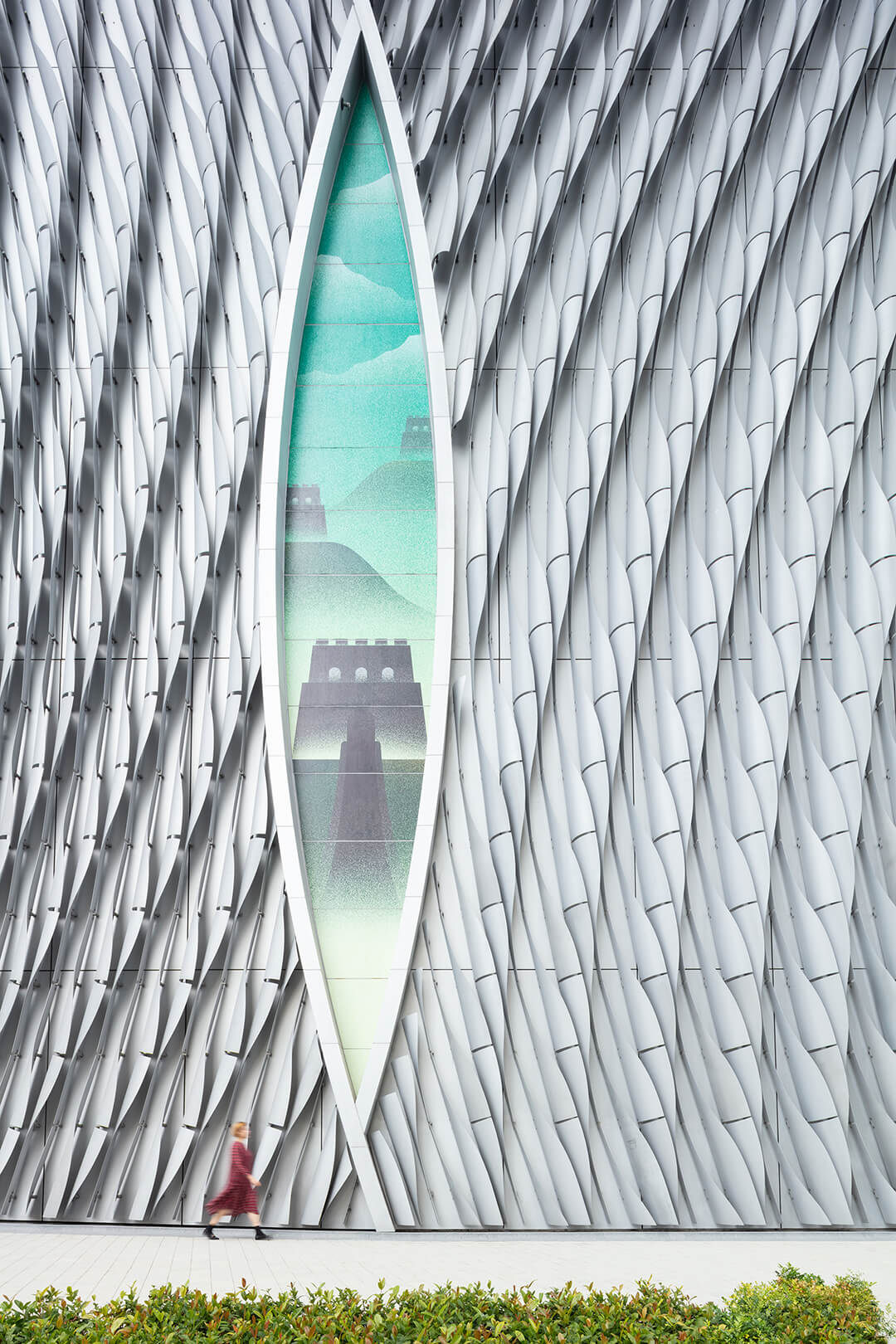 The project’s objective was to make heritage performing arts more attractive to the wider public, and thus help young audiences become interested in Xiqu performance – the reasoning behind this boost being that ballet and contemporary performances by international dancers are already quite established in Hong Kong.

But make no mistake: the public-space aspect of the structure was not a gimmick – it’s more of a functional consideration. The Xiqu opera sets are installed often in the evening; taking into account that users only visit the space when there is an actual performance, the theatre is not used the majority of the day. ‘So we decided to put the main theatre up, so there is an open void that can be used in extensive ways when the performance space is not being used,’ explained Revery’s project leader, Earle Briggs. 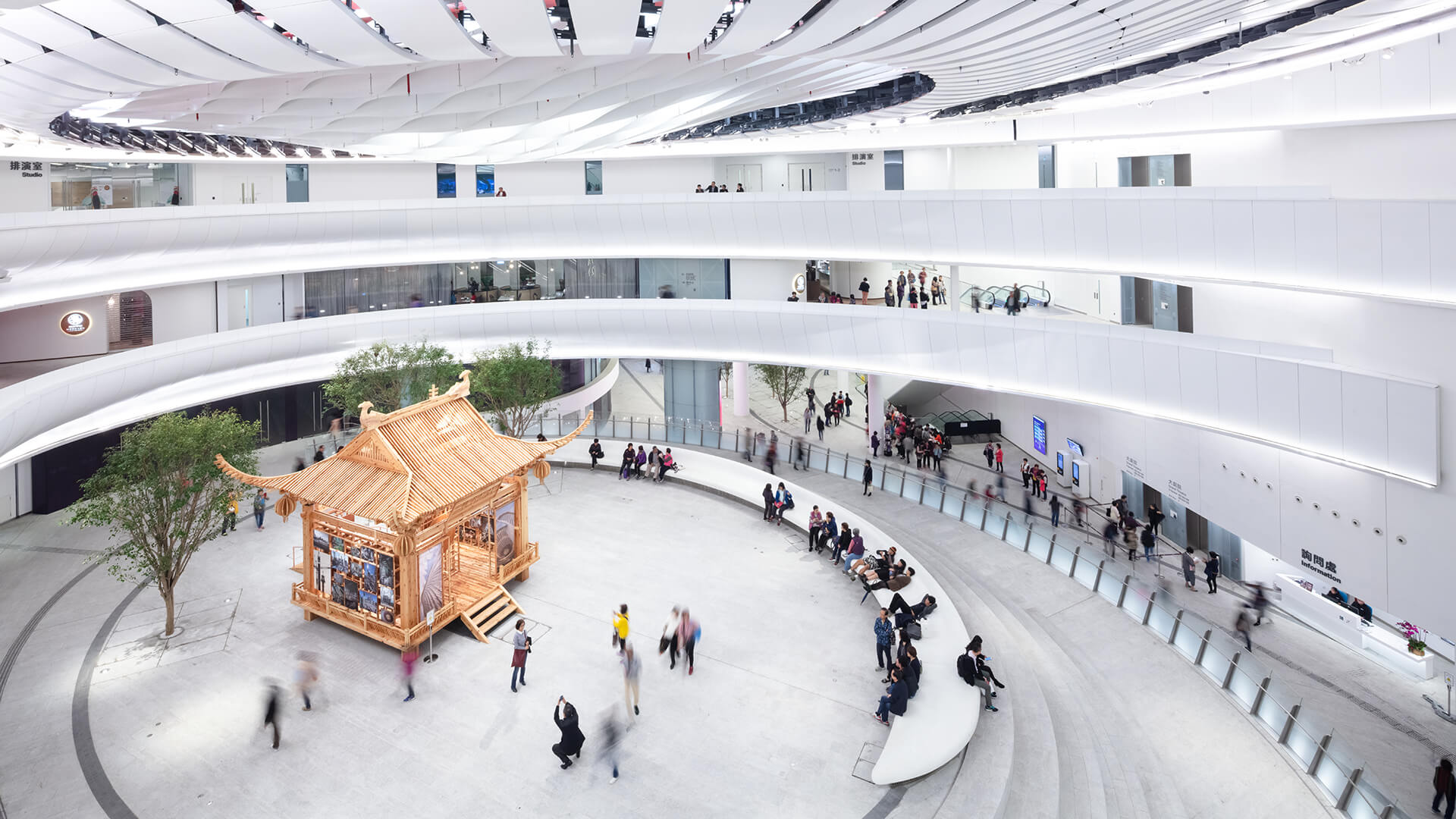 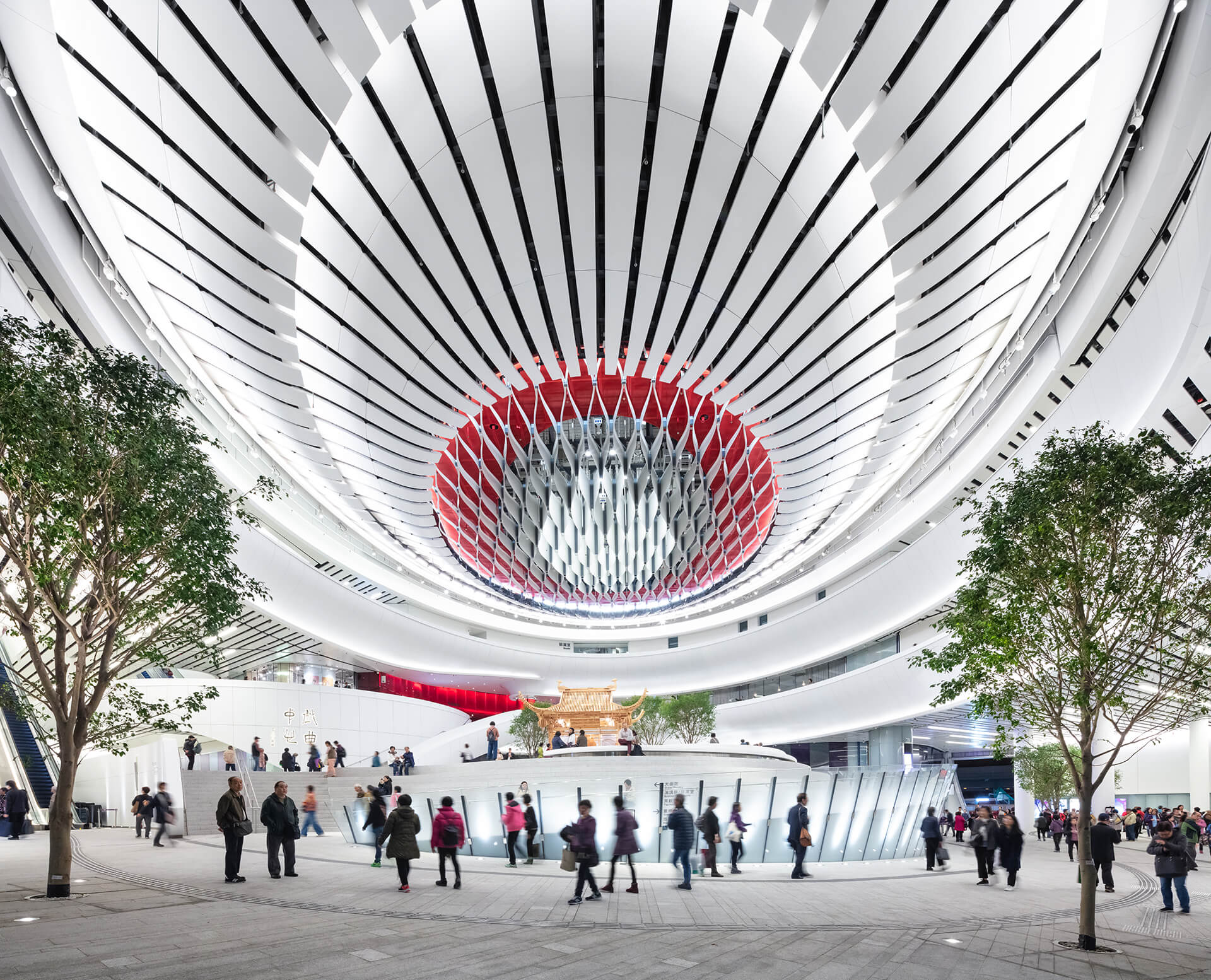 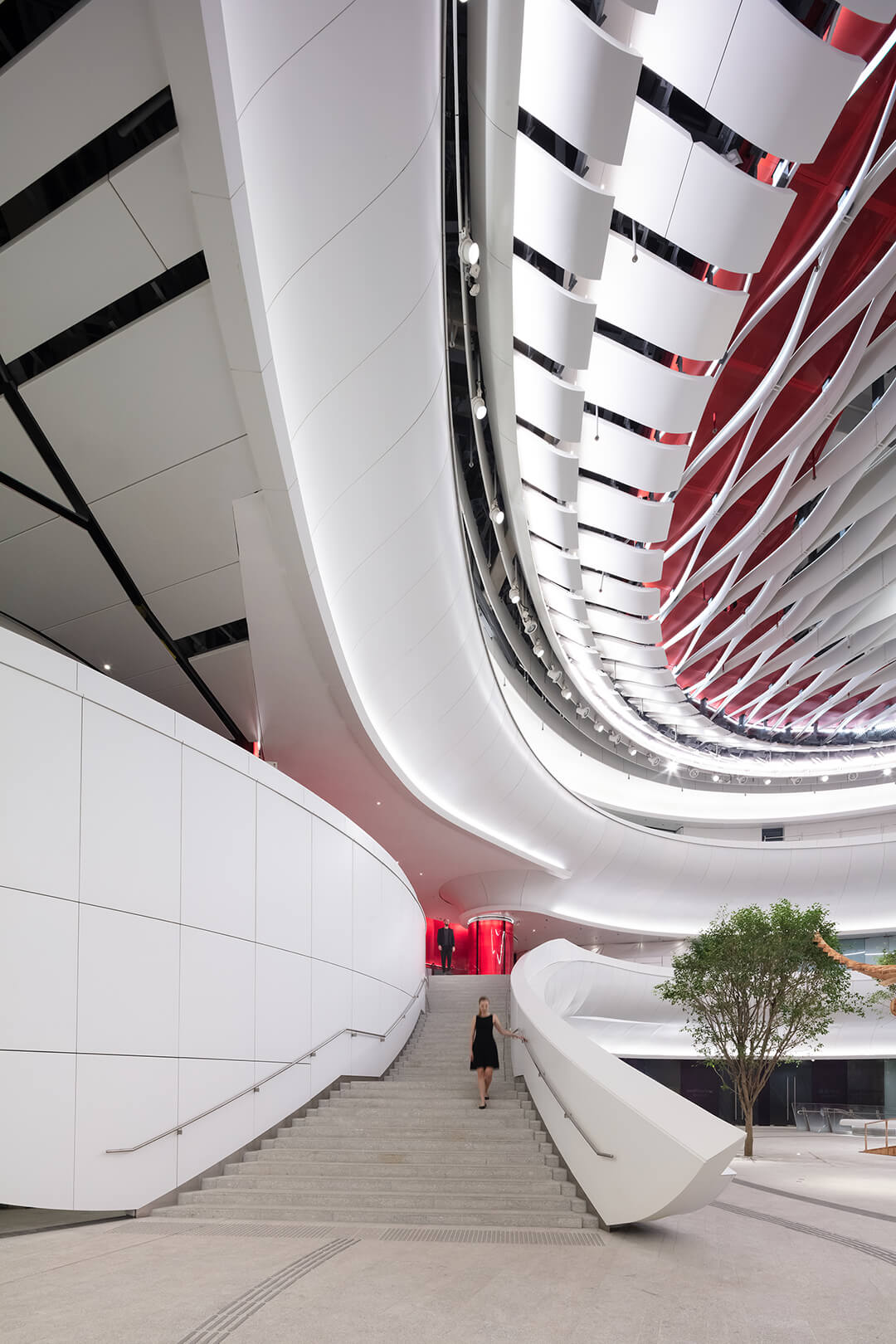 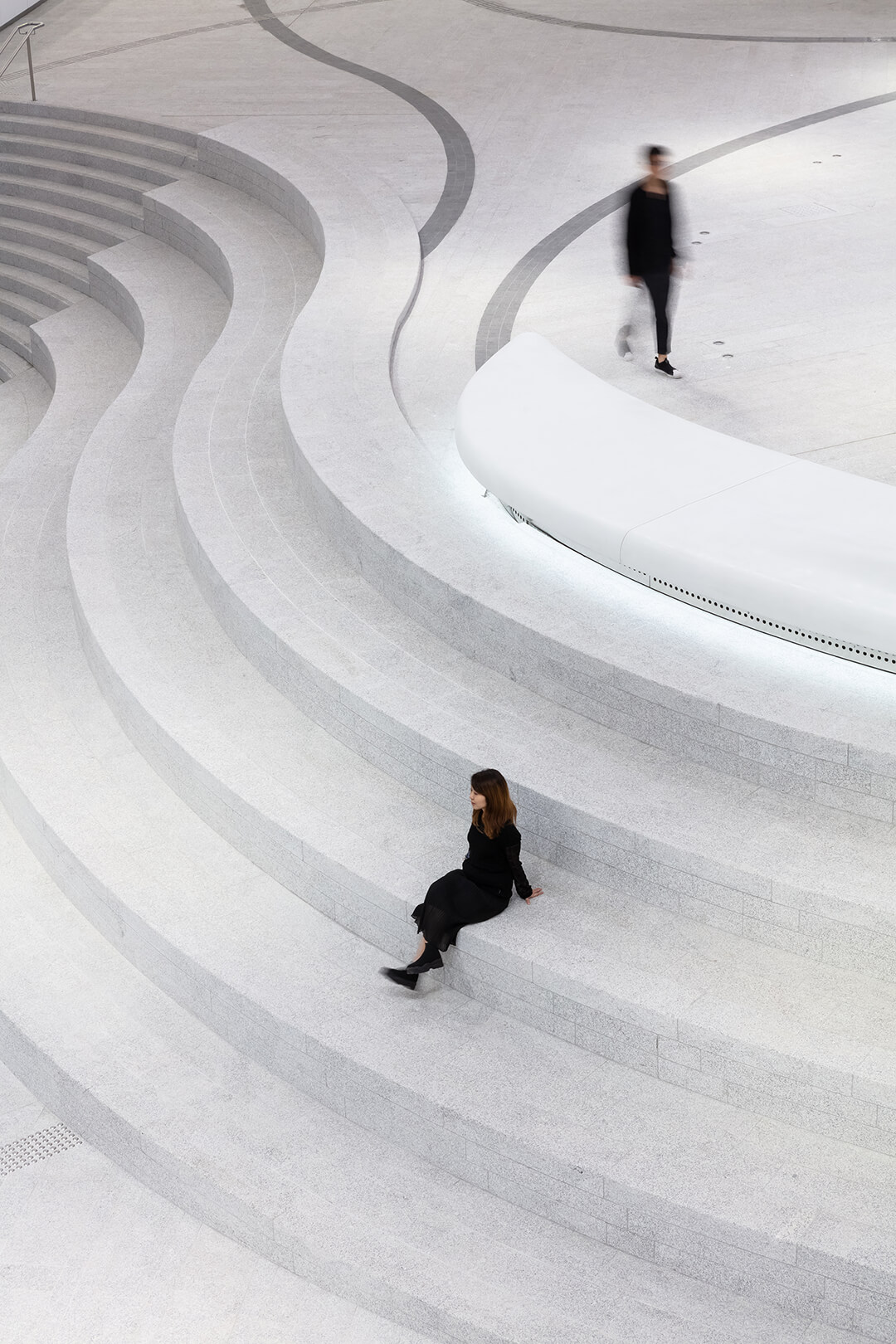 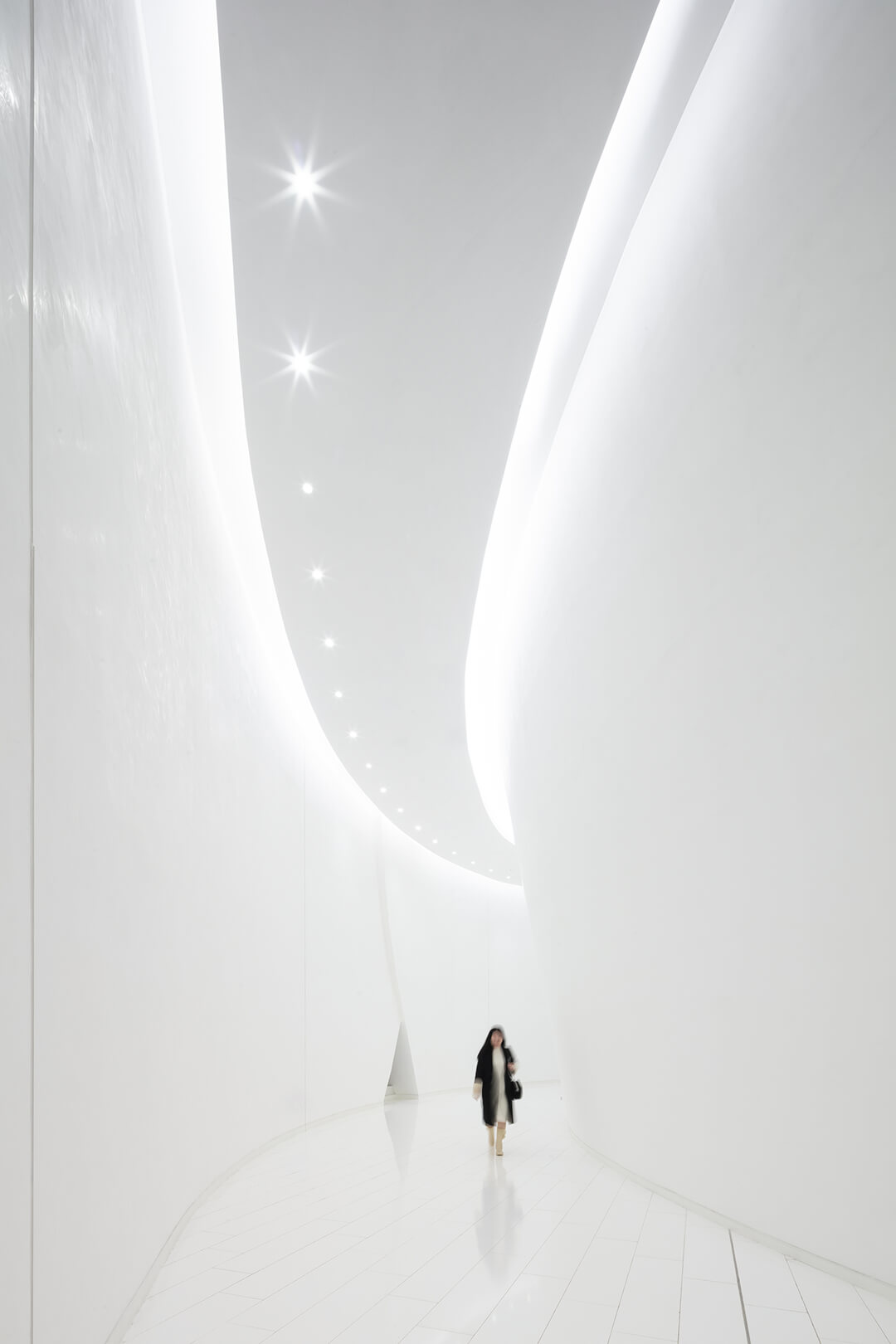 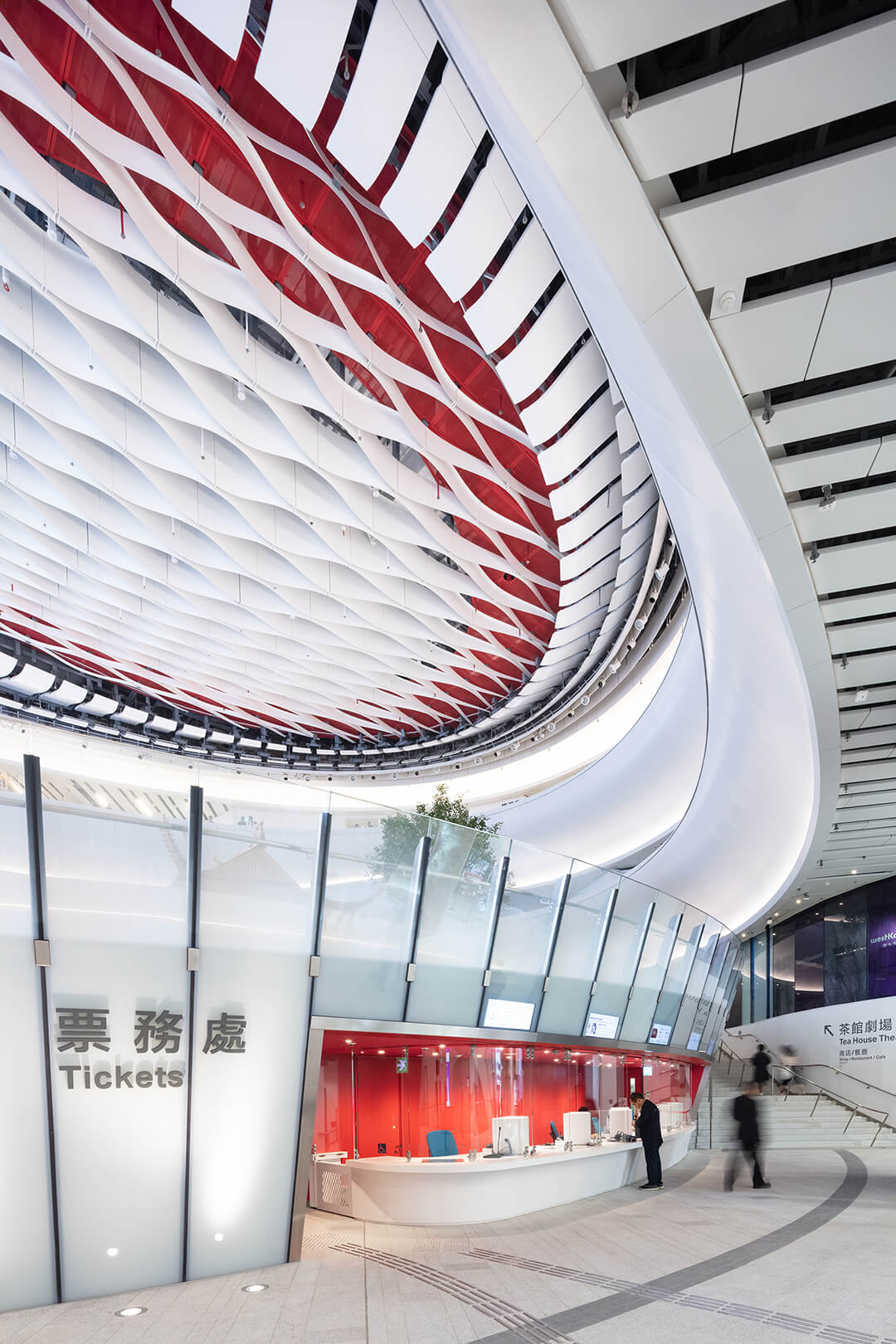 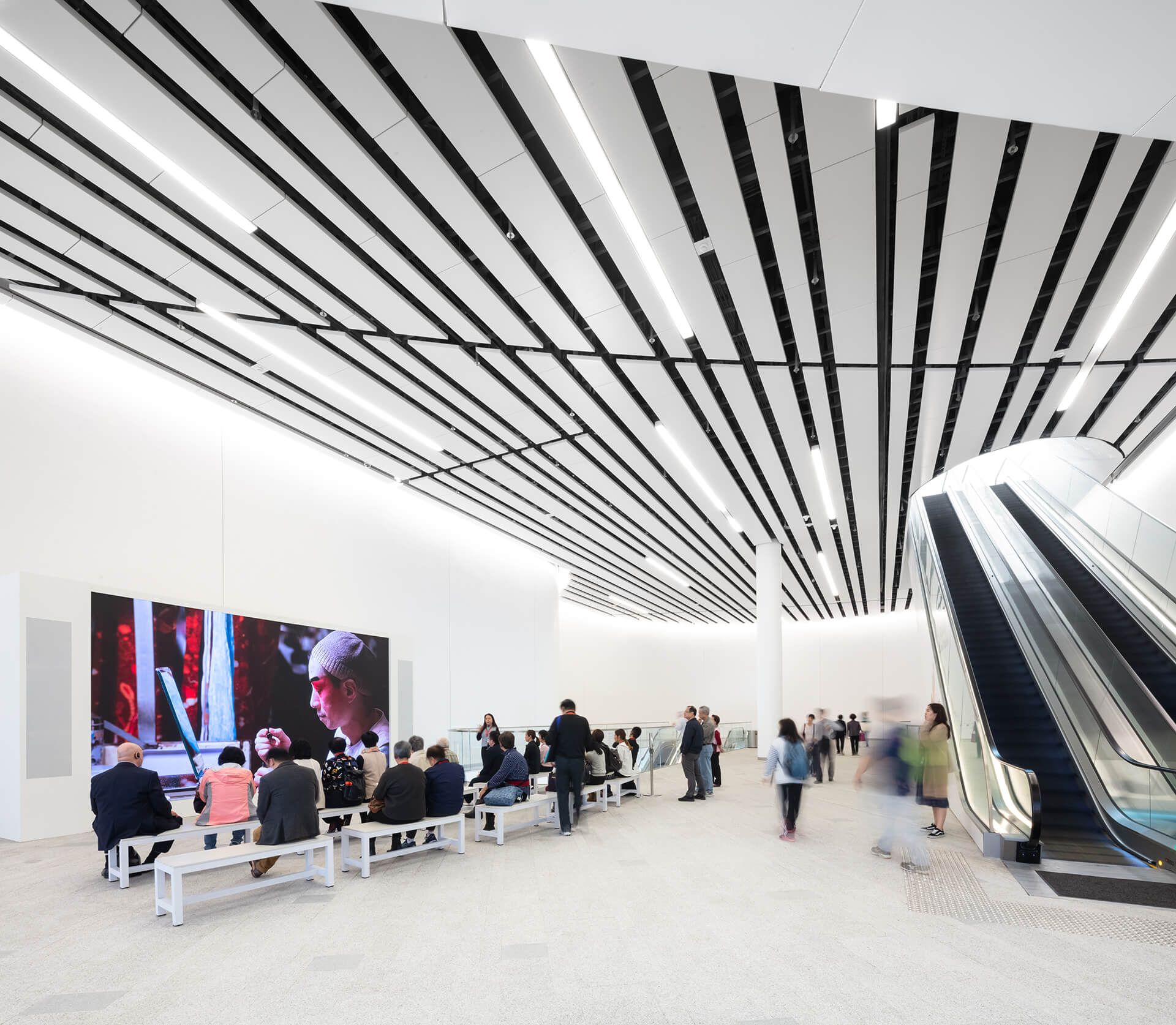 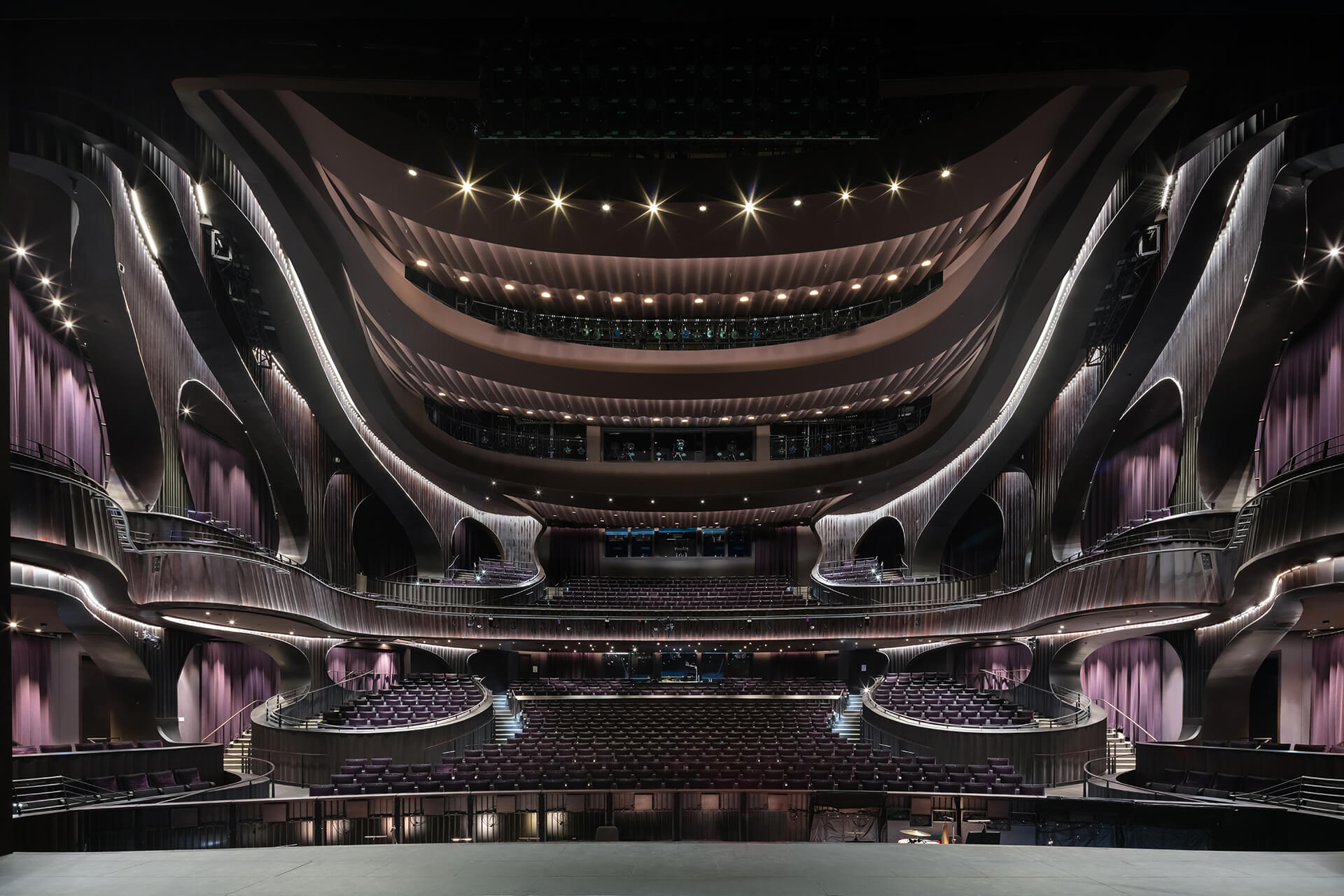 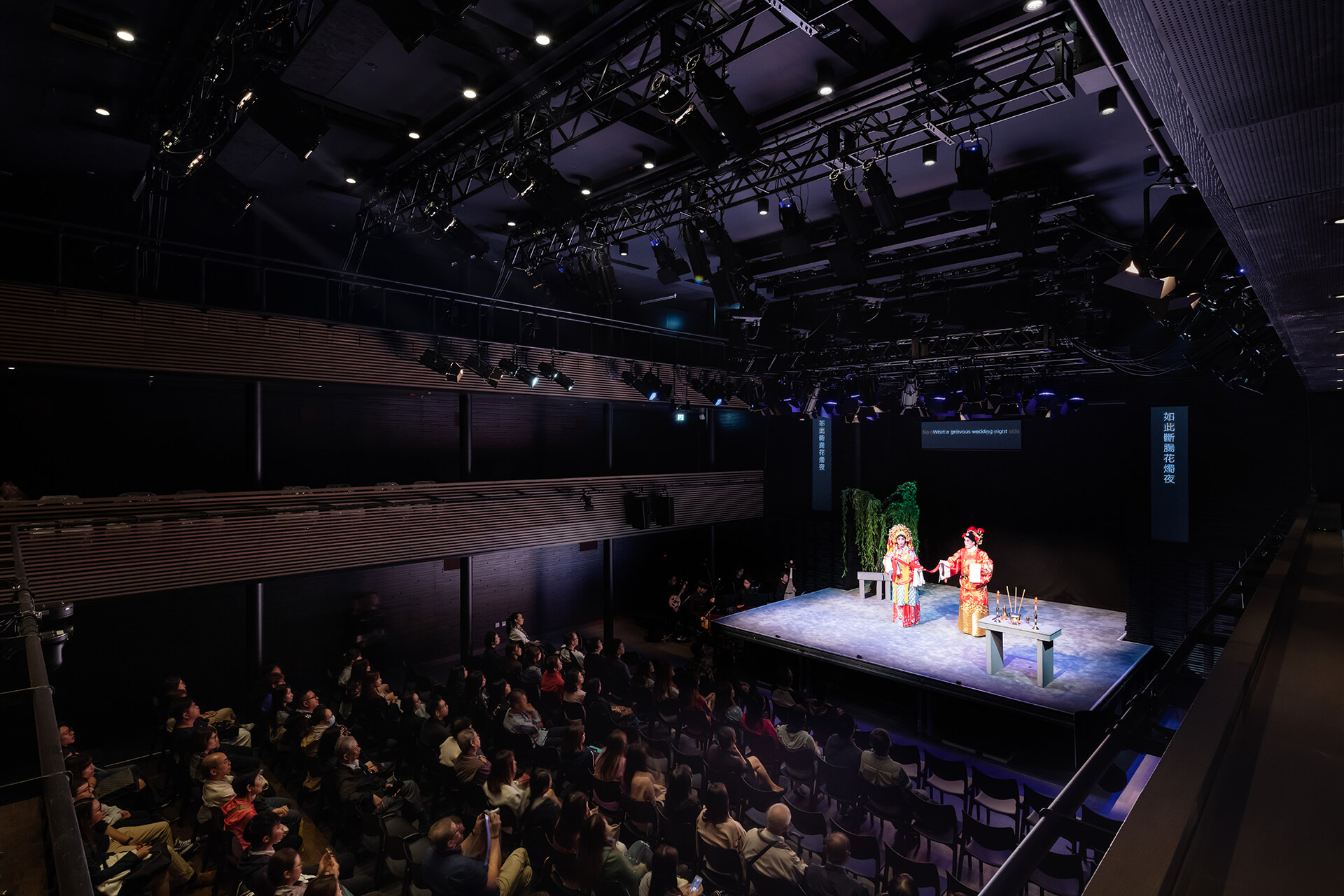 However, many existing theatres are more or less designed this way; the ground level is often dedicated to the entrance and the foyer, while the performing theatre leads up to second and third floor. What’s unique about the Xiqu Centre is the fact that its ground level is treated as the continuation of its surrounding streets and can be entered 24 hours a day by anyone. By opening it up to the public, people who initially didn’t plan to see a Xiqu performance may walk inside the tunnel structure and happen to stumble upon a live show.

This potential for happenstance was designed into the building. Like many classical art forms, Xiqu is in need of reaching out to a younger audience in order to avoid perishing. The Asian counterpart of European opera, Xiqu is a saturnalia of music, literature, martial arts and even juggling. It is, furthermore, an art form that celebrates Chinese heritage. Having emerged from local villages, it is said that different vernacular cultures have given birth to over 300 sub-genres of Xiqu. However, unlike visual arts such as painting, sculpture or installation, which have physical substance and once created can be theoretically preserved for ever, performing arts need to be brought to life by human beings, who need to consecutively hand it over to future live vessels. ‘By bringing in the familiar typology of the pavilion-shaped village theatres together with the usage of high-performance materials, we wanted to show both the tradition and the future of Xiqu,’ Eagle explained.

As the West Kowloon District tries to establish itself as a cultural hotspot in the 21st century – it is also the site of the Herzog & de Meuron-designed M+ museum, opening next year – the Xiqu Centre will surely be the colossal tunnel that leads the area there.