From Design Indaba, four projects that use spatial design to empower communities

'As designers, it is our responsibility to empower communities, especially those dealing with a crisis,’ Nicole Nomsa Moyo pointed out during her talk at last week’s Design Indaba Conference. And she certainly wasn’t the only speaker who believed that the role of today’s creatives is to consider, serve, and bring together all layers of society. These four projects – presented and discussed at the yearly Cape Town event – show that design has the power to foster social change, and has an important role to play in transforming the quality of life in rural communities across the African continent and beyond.

Zimbabwe-born South African designer Nicole Nomsa Moyo began Ukubutha, which means ‘togetherness', with a crisis. A global one, that is. ‘There are more than seven billion people on the planet today,’ she explained. ‘And of those seven billion people, one billion live in towns we call slums. Slums are defined by the United Nations as having inadequate access to water, waste disposal and secure housing. Slums are also evidence that our cities are growing at a very rapid rate. Actually, our cities are growing so fast that today more people have access to a mobile phone than they have to a flushing toilet.’

This became the subject of Moyo’s master’s thesis, a project that 'is directed towards a formative community based, waste-to-energy design with socially driven architecture, that aims to collectively empower and solve the underlying needs of access to adequate sanitation, a safe source of water and onsite production of energy in South African townships.’

How does it look? She proposes the creation of interconnected service systems in townships – starting with the Mamelodi township in Pretoria – that double as community hubs. Here, waste from community toilets is processed in a fertilizer plant and methane digester, to be reused as energy in gardens and kitchens. ‘Harvesting resources from the environment and recycling organic waste will emancipate communities, she said. ‘There are ways that we as thinkers and innovators can assist communities and governments so they could start to think about education instead of where to find a flushing toilet.’ 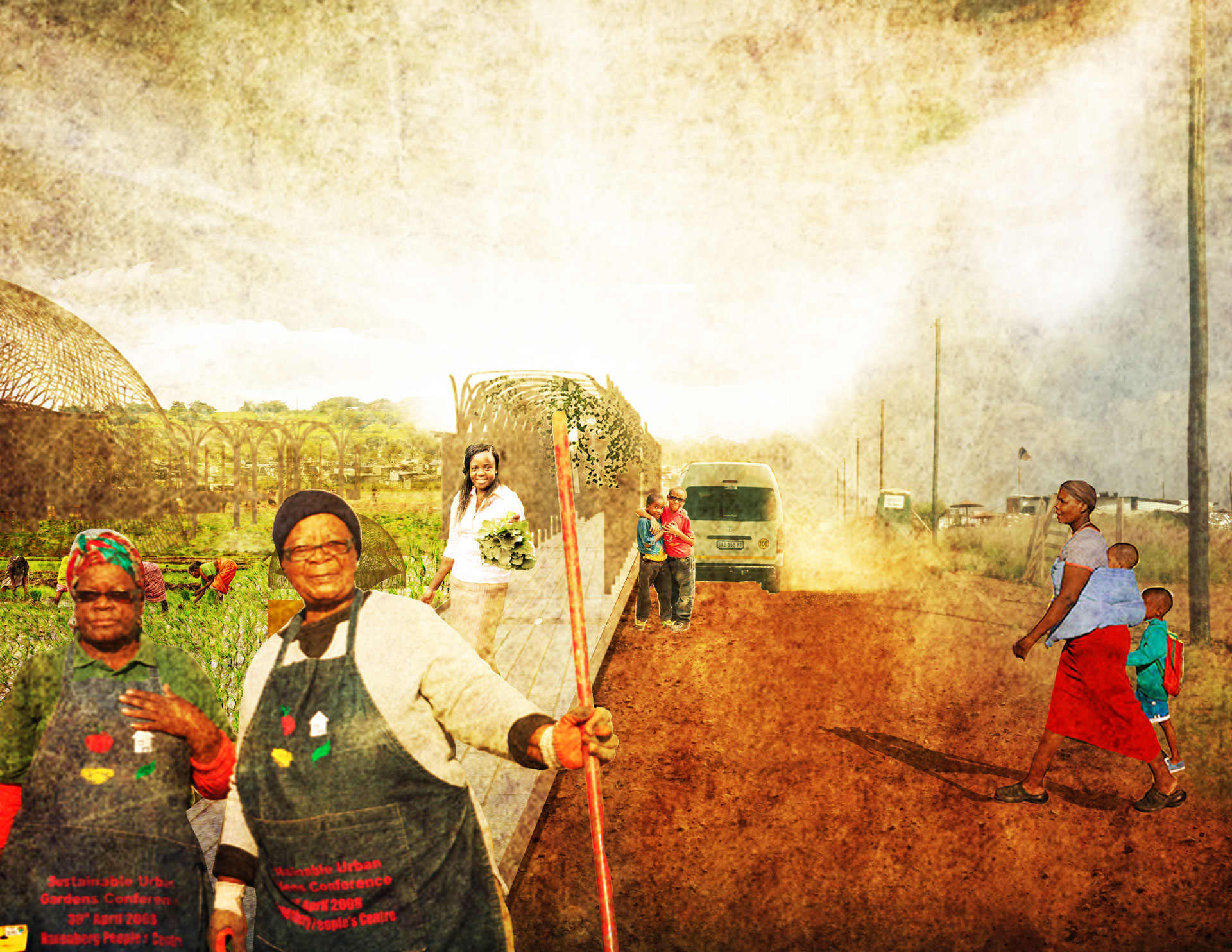 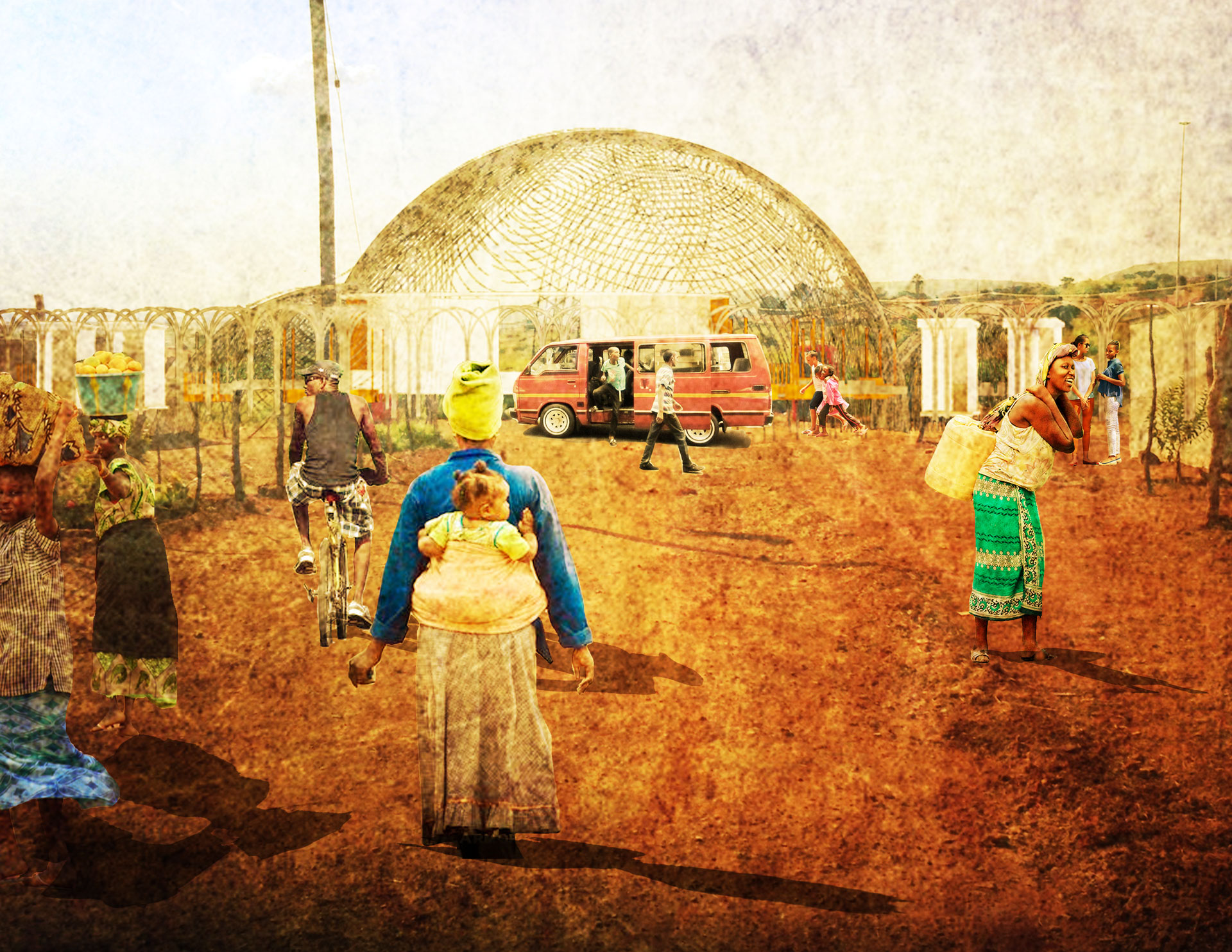 It was during Design Indaba in 2016 that Soweto-born architect Tshepo Mokholo witnessed a talk by Rwandan architect Christian Benimana, who spoke of the African Design Centre (ADC). Mokholo was intrigued and applied for an ADC fellowship, an intensive 20-month programme in Kigali, Rwanda that explores the future of design and the built environment in Africa.

'We were on a mission,’ Mokholo explained. ‘We wanted to cultivate new ways of thinking and come up with a new strategy of design that would help us create architecture on this continent for the next 100 years. We questioned how we could adapt traditional practices to create design products that have a greater degree of value in contemporary settings.’

During his time at the ADC, the centre’s team was commissioned to design a school on the foothills of Rwanda's mountains. 'We wanted the school to feel like it belonged in its environment and context. So, we interacted with the community and immersed ourselves in the lives of the local youth. We became the custodians of their dreams and aspirations.’

Thanks to their real-life experiences, Mokholo and the other fellows were able to design a community-centred school. And by partnering with local craftsmen and working with local materials, the group secured the scalability of the institution. 'We wanted the community to be able to adapt the building long after we were gone. It’s really in their hands now.’ 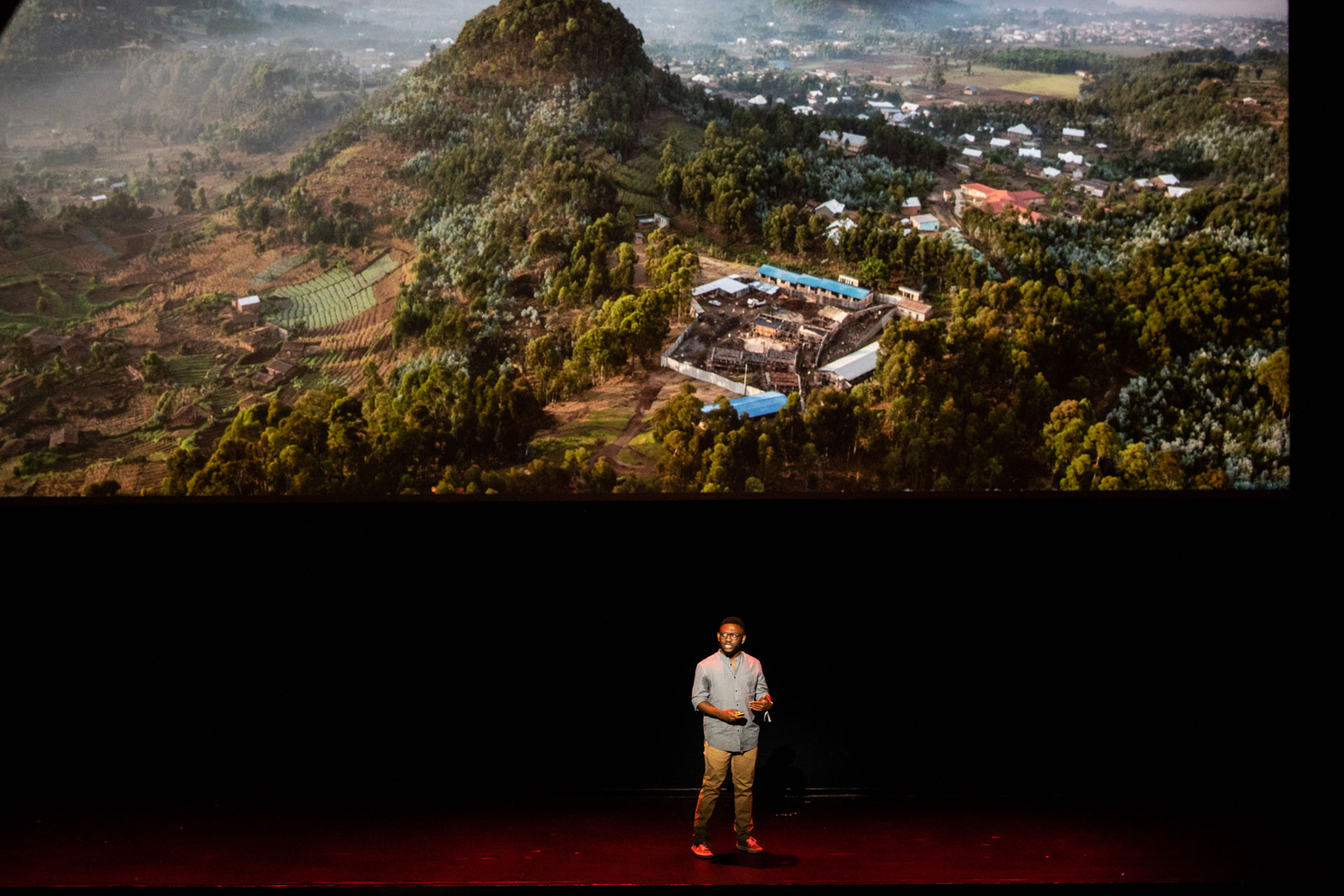 While travelling through Central America and Africa, Keenan Wyrobek and his team met various doctors in remote locations that all shared the same frustration: the torment of losing patients not because they didn’t know how to save them, but because they didn’t have the supplies to do so. Shocked by the fact that a lack of logistics can be a threat to (sometimes quite basic) healthcare, Wyrobek set out to find a solution. And he found one. 'Zipline is the story of a passionate group of Californians and Rwandans who work together with the government of Rwanda to create the first, and still only, on-demand national drone delivery system,’ he explained.

With an 80-kilometre service radius, the Zipline drones provide hard-to-reach areas in rural Rwanda with blood, vaccines and other medical supplies. But why not make sure these things are always 'in stock’ on location? Well, there are two issues with that, as Wyrobek explained. ’First of all, we ask doctors to guesstimate the supply they need months ahead, and then ask them to deal with emergencies you can’t even have predicted an hour ahead of time. And secondly, vaccines and blood require refrigeration, and some parts of the world simply don’t have reliable electricity.’

The system has already scored two big wins: it has reduced both the blood waste rate - hardly any expires on the shelf - and the maternal mortality rate in Rwanda. Next mission: to extend the service across the continent. 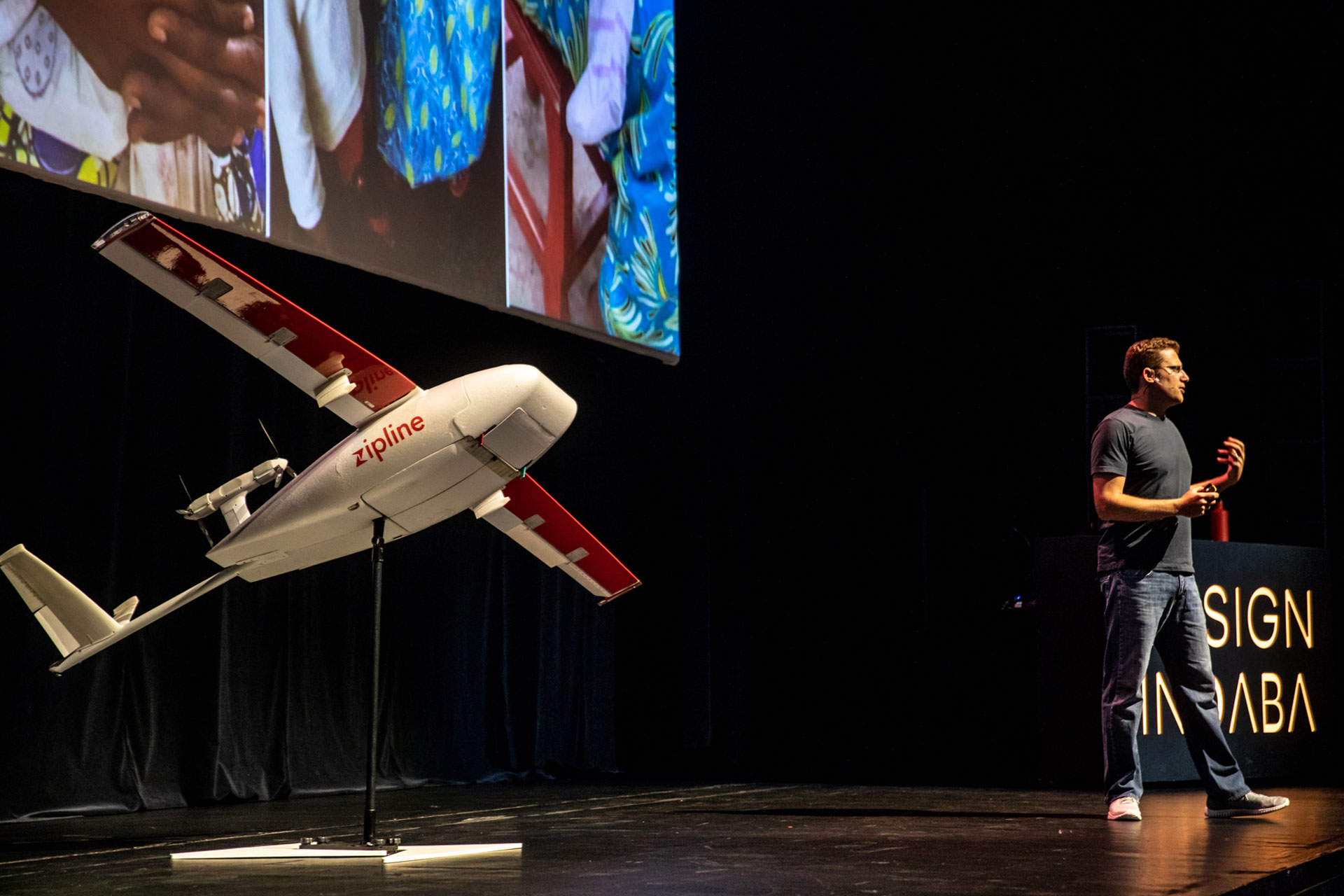 One of the biggest impediments to quality education in rural areas is the distance kids have to cover to reach their school. One of the regions dealing with these difficulties is southern Zambia, but the non-profit 14+ Foundation aims to change this. For their second school in the area, they reached out to the New York-based practice Selldorf Architects, who accepted the challenge straight away.

There is a proliferation of Western architects coming to Africa to build projects – who am I to suggest this is the best way to do things?

‘I'm proud to be involved in this project, but it also makes you wonder whether you are doing the right thing,’ said Annabelle Selldorf, the firm’s principal, during her speech. ‘There is a proliferation of Western architects coming to Africa to build projects. I think there is a real desire for people to make a difference, to reach out across the borders and yet when I started this project I thought: Who am I to suggest this is the best way to do things?’ Selldorf believes in working closely together with people on the ground to encourage cultural exchange. ‘We don’t want to come across as someone that simply pops down a school. We want to understand people, and understand what education should be like.’

In its design for the Mwabwindo School, Selldorf Architects addressed several sustainability issues and included a rainwater reservation system, composting toilets, solar panels and a windmill. The firm worked with locally compressed bricks and created a ‘sort of shade tent’ inspired by the tall, singular trees on the surrounding savannah that serve as gathering spaces while providing protection from the sun. 'Our approach was to create something that was not just a school but really a community centre, deeply rooted in humanism.' 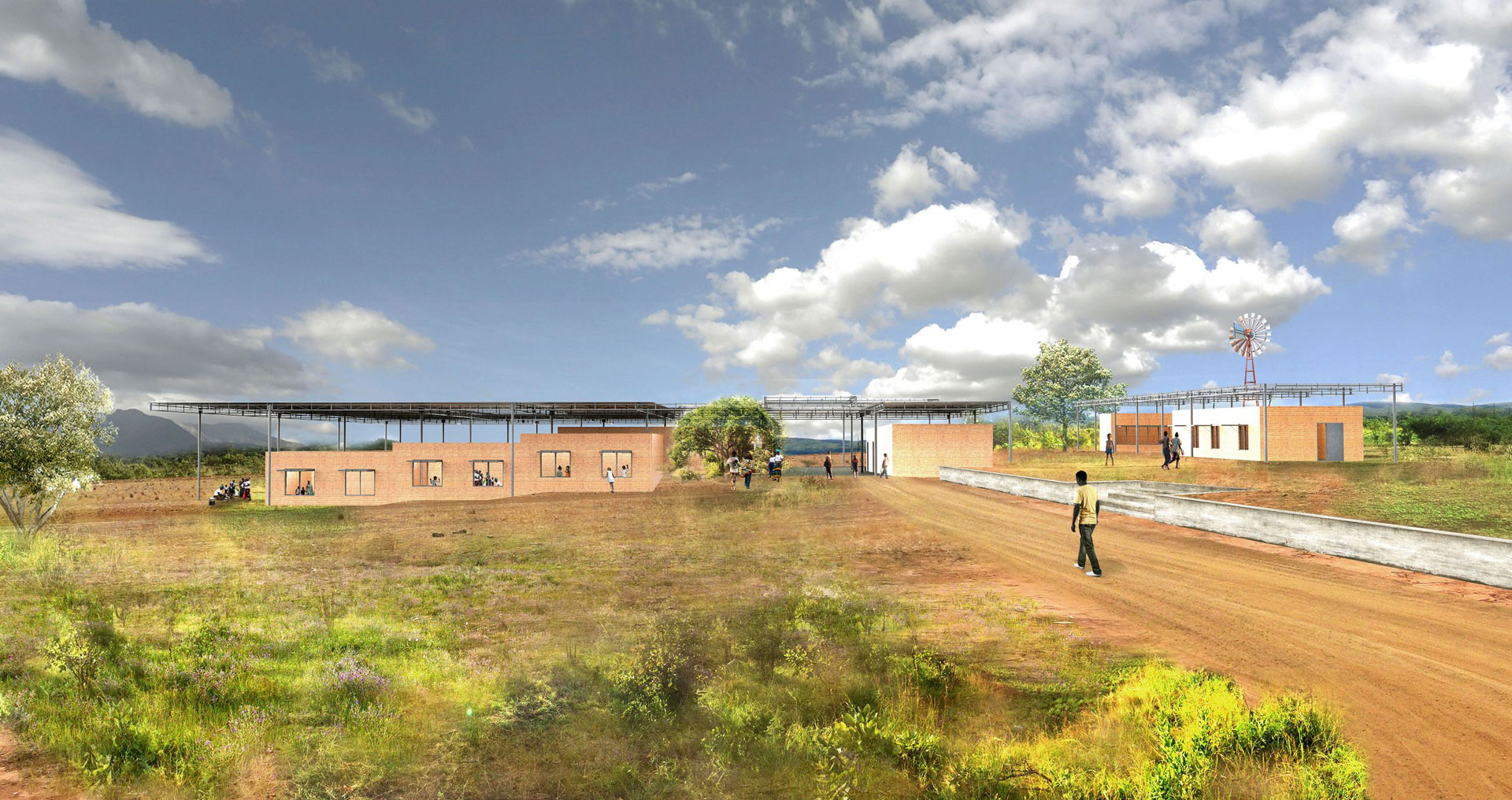