Following the zero-waste movement? Then it’s time to take a look at your own human waste

The plethora of packaging on the planet, much of it plastic, has spawned the zero-waste movement. Rather than merely recycling, the goal is to generate less rubbish in the first place – after all, some reports state that only 9 per cent of the world’s plastic is actually recycled. The conversation has centred largely on inorganic waste, but what about human waste? Although it’s a topic many would rather avoid, sanitaryware brand Laufen believes it’s time to not only speak up but to take action.

Society has become accustomed to the flush-and-forget scenario. The way we dispose of excreta has barely developed in the past few hundred years – the flush toilet became widespread in 1851 – yet the process is now under scrutiny. Studies suggest that excessive nitrogen levels caused by sewage and the agricultural use of nitrogen fertilizers represent a greater environmental threat than rising carbon dioxide levels. According to a 2013 report by the European Commission, the total annual cost to the EU of nitrogen pollution’s environmental impacts has been estimated to be between €70 billion and €320 billion.

Laufen sees an urgent need to readdress the infrastructure surrounding waste water treatment. Current processes make it all too easy for both biowaste’s nutrients (nitrogen and phosphorus, which become pollutive in excess through a process called eutrophication) and micropollutants (hormones and pharmaceutical residues) to enter surface water. Although the majority of endeavours to remove these pollutants have thus far made waste water treatment more difficult, expensive and energy-intensive, there is an alternative: source separation technology. Examined by the Swiss Federal Institute of Aquatic Science and Technology (Eawag) as part of its exploration into lowering pollution levels in waste water, the technique involves separating domestic waste water at the source into urine, faeces and grey water. By splitting the substances, each can be processed sustainably and its resources extracted more easily. The scientists at Eawag decided to focus their research efforts on urine, which contains most of the harmful chemicals. They developed a process by which nutrients are recovered from urine while micropollutants are removed, lowering the nitrogen found in sewage from the waste water stream by around 80 per cent. The technique has a positive chain reaction, as it would reduce the resources required to operate treatment plants. 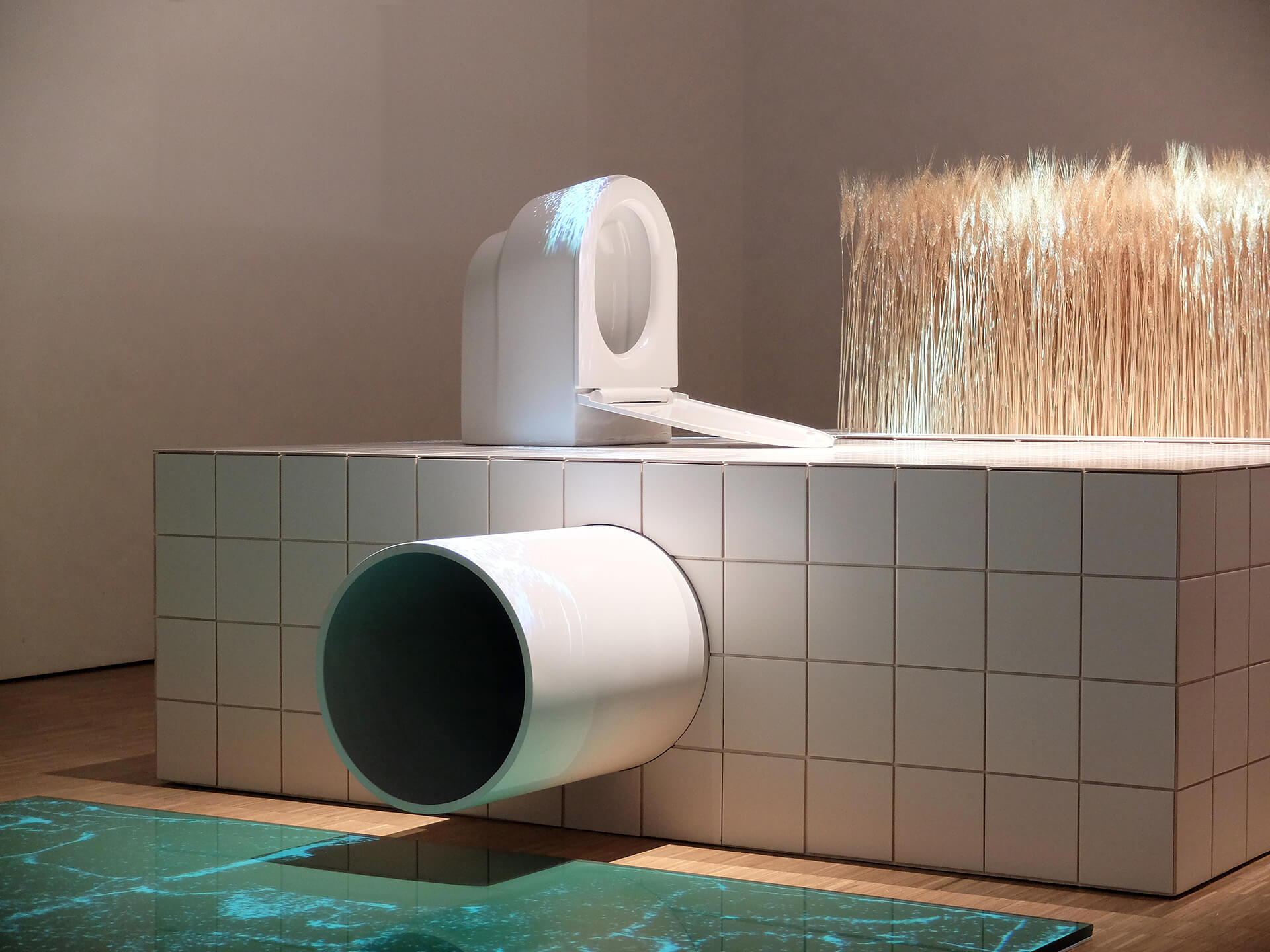 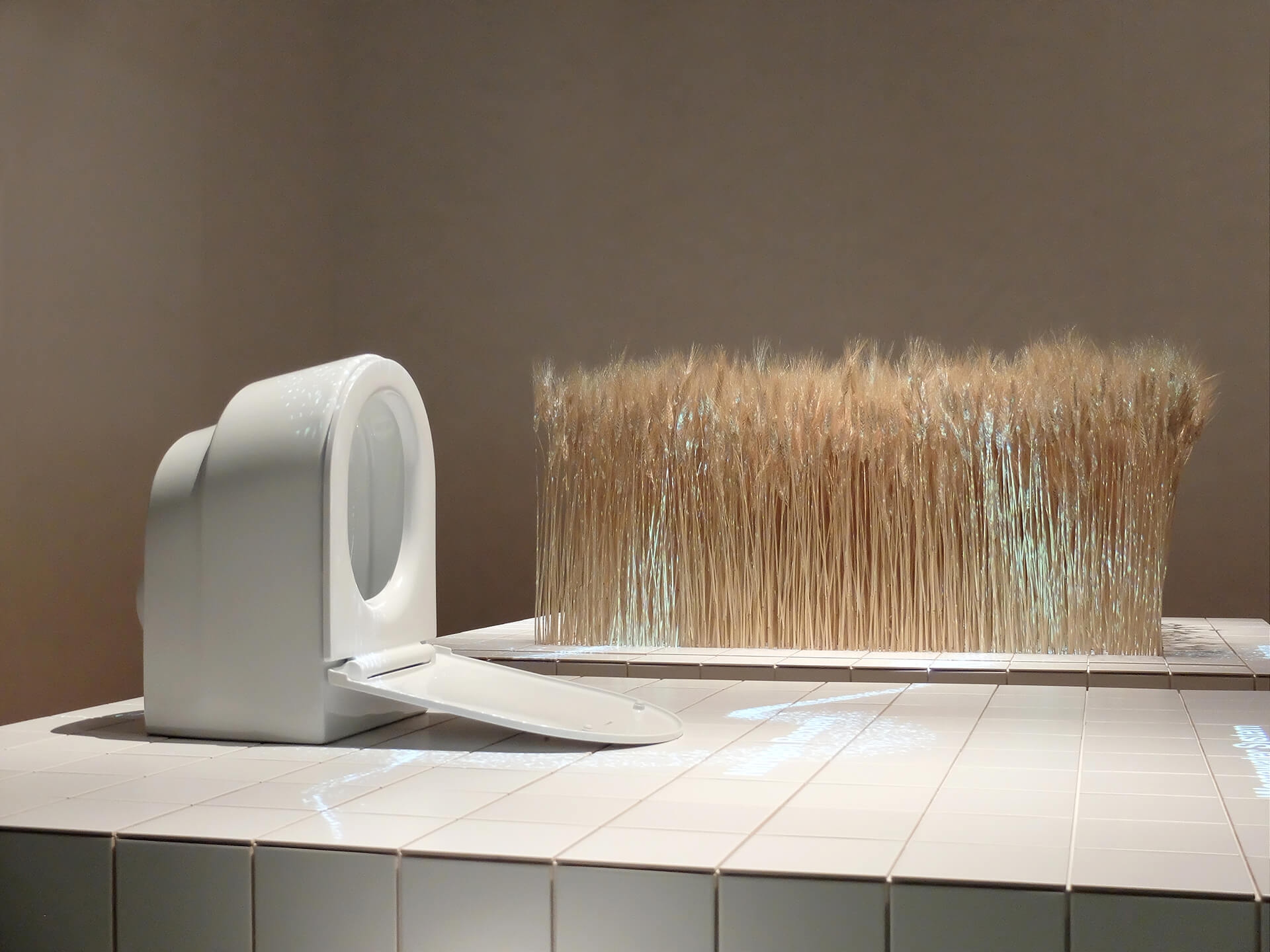 But how will separating substances at the source affect the bathroom experience? Any visions of complicated compartmentalized toilet systems go out the window when you see what Austrian design studio EOOS, Eawag and Laufen have come up with. Their urine-diverting toilet called Save! – which is indistinguishable from any other high-end WC – hinges on an ingenious device designed by EOOS that relies on gravity to passively separate urine from solid waste and grey water. Known as the Urine Trap, it discreetly directs urine towards a concealed outlet using surface tension alone. Laufen stepped in to complete the picture with a toilet bowl whose shape provides the most optimal path for the stream. The only caveat? Regardless of their gender, users will have to sit instead of stand.

But what happens after the flush? Save! could provide a solution, but it also highlights greater issues within the wider waste-separation system. Laufen and EOOS are collaborating to imagine how megacities will look and operate in the near future. ‘The explosive population growth in urban areas doesn’t allow existing solutions to be expanded linearly,’ says Sabina Durdik, innovations manager at Laufen. ‘The sewerage system is a technological bottleneck. Laufen wants to encourage the development in solving this problem for the future.’ Durdik says the issue of eutrophication can only be resolved if the focus is on compact housing. ‘The lever lies in growing metropolises. The role of industry is to produce a reliable quality product for a mass market, which is why Laufen embedded the Urine Trap in a product that meets the latest industry standards of conventional toilets.’ 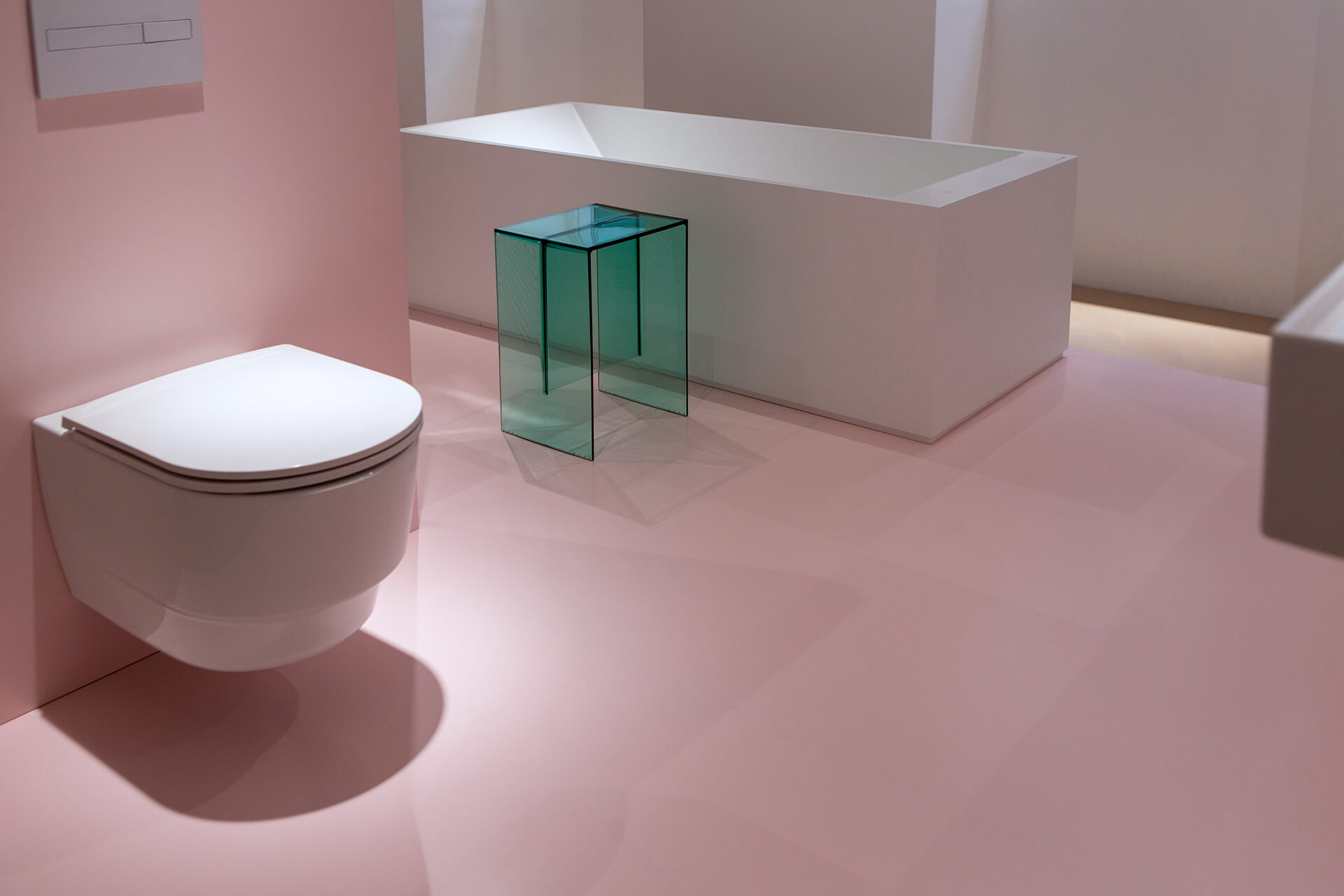 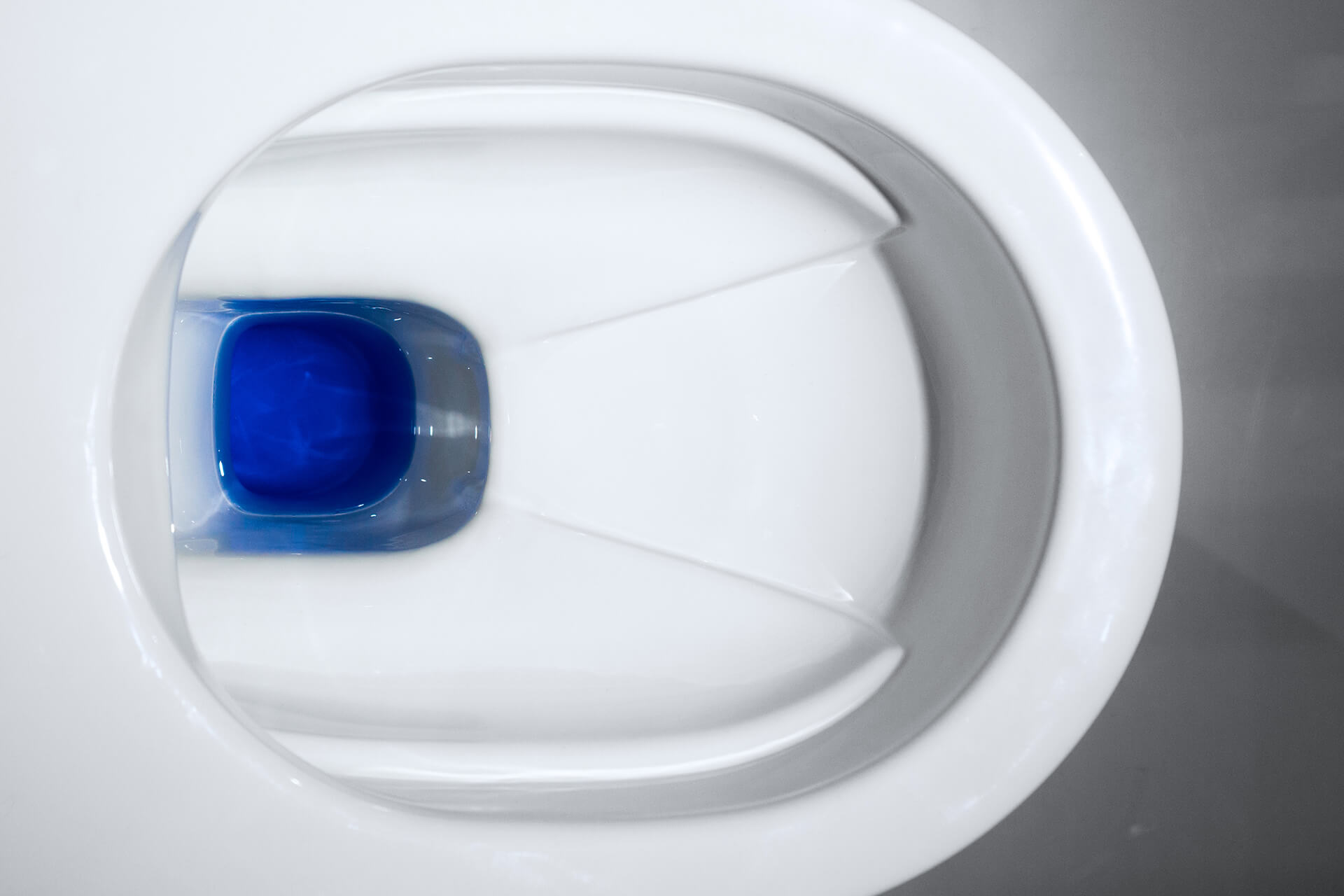 Until cities have sufficiently capable infrastructures in place to collect and treat urine, the former would have to happen at a smaller scale. Individual buildings might have their own urine receptacles, for example, which, when full, could be emptied into tanker trucks and shipped off to treatment centres. ‘We are already very far into the development process and have a lot in store when it comes to building technology integration,’ says Durdik. ‘Industrialization of the processing plants will help to reduce the costs. Nonetheless, depending on the area of application, there will have to be different approaches to show that the system is profitable.’ Once treated, urine offers a much cleaner and greener alternative to conventional fertilizers. Vuna, a spinoff of Eawag, has recognized the value of this resource we quite literally flush down the toilet – 500 litres of it every year, to be precise. The company is transforming source-separated urine into a fertilizer called Aurin, which is officially licensed by the Swiss Federal Office for Agriculture for use on all plants.

It might be easy to imagine such advances eventually taking off in industrialized countries, but Laufen also wants to ensure that innovative sanitation solutions are accessible to all. The company is therefore developing a source-separating squat toilet for local production in lower income areas, together with EOOS and the Bill & Melinda Gates Foundation. The design will be made available through the Bill & Melinda Gates Foundation for anyone to produce and distribute.