The Fraser Suites is a residential tower of 50 floors, containing 388 apartments and guest rooms, with views of either the Arabian Sea or the city skyline. Inside, composed in crisp, clean, contemporary lines, traditional Arabic elements, mashrabiya-like screens, partitions and backlit wall panels frame sinuously veined marble floors and walls. The surfaces are so immaculate that they seem animated by their own liquid reflections. 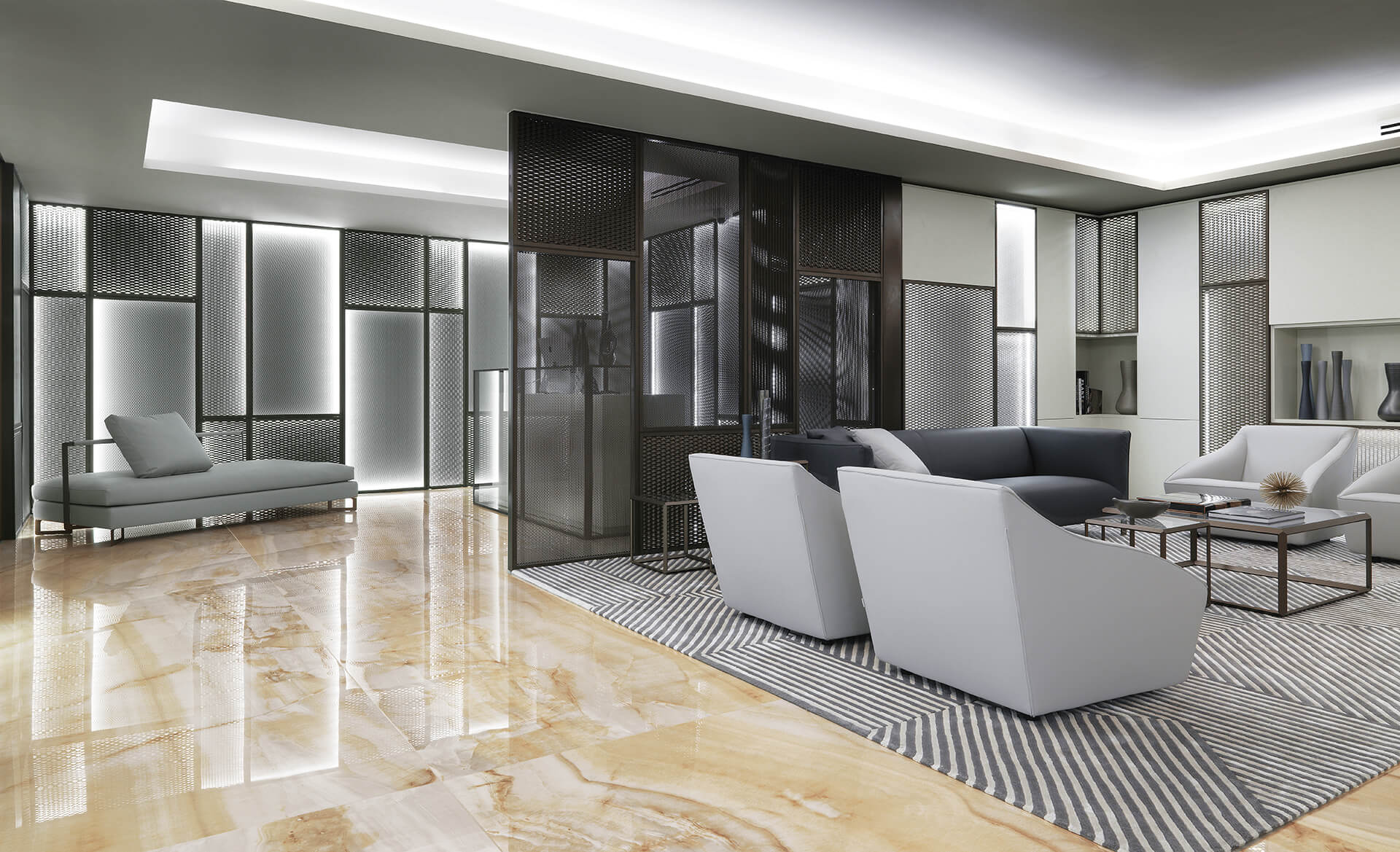 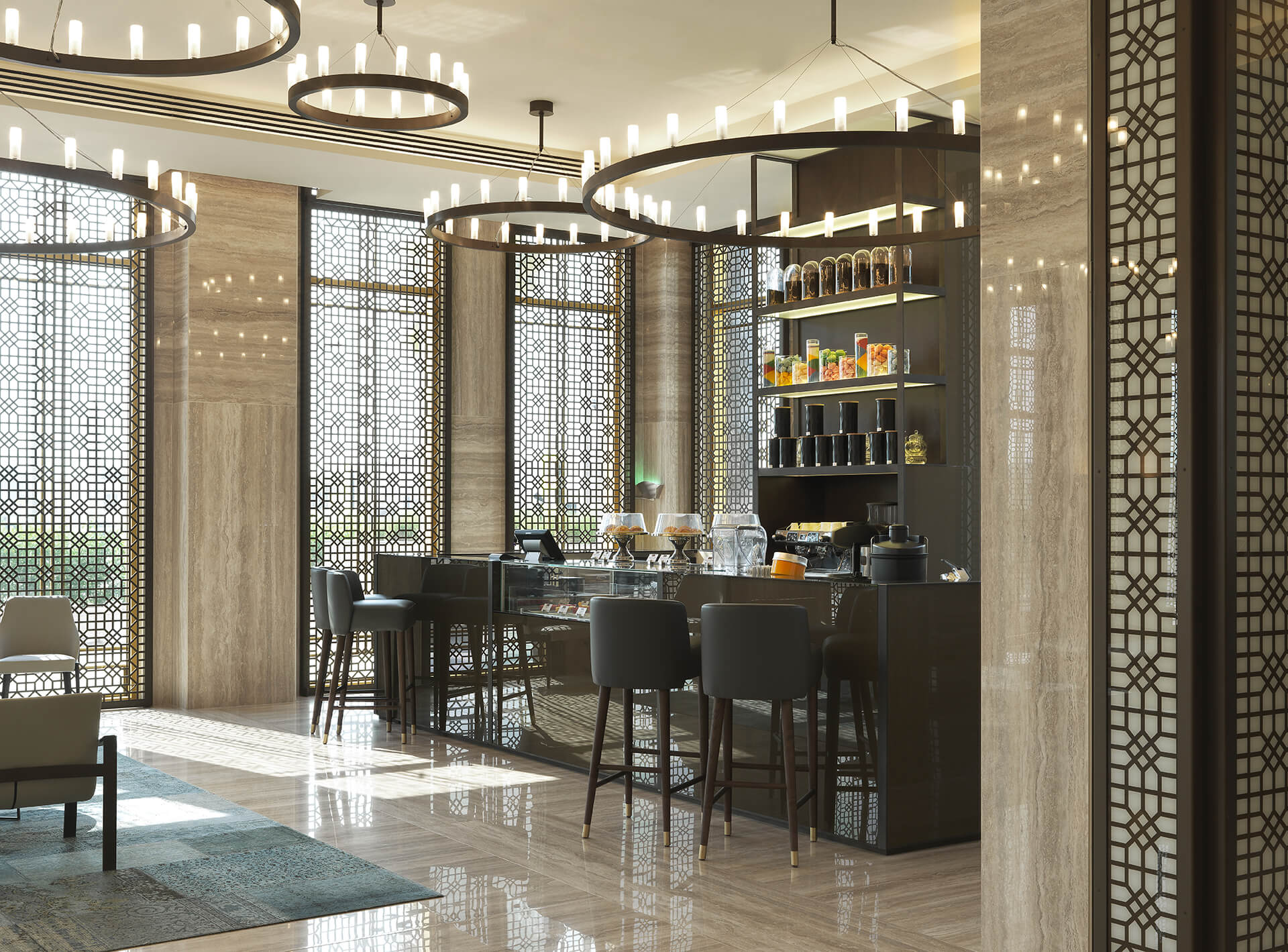 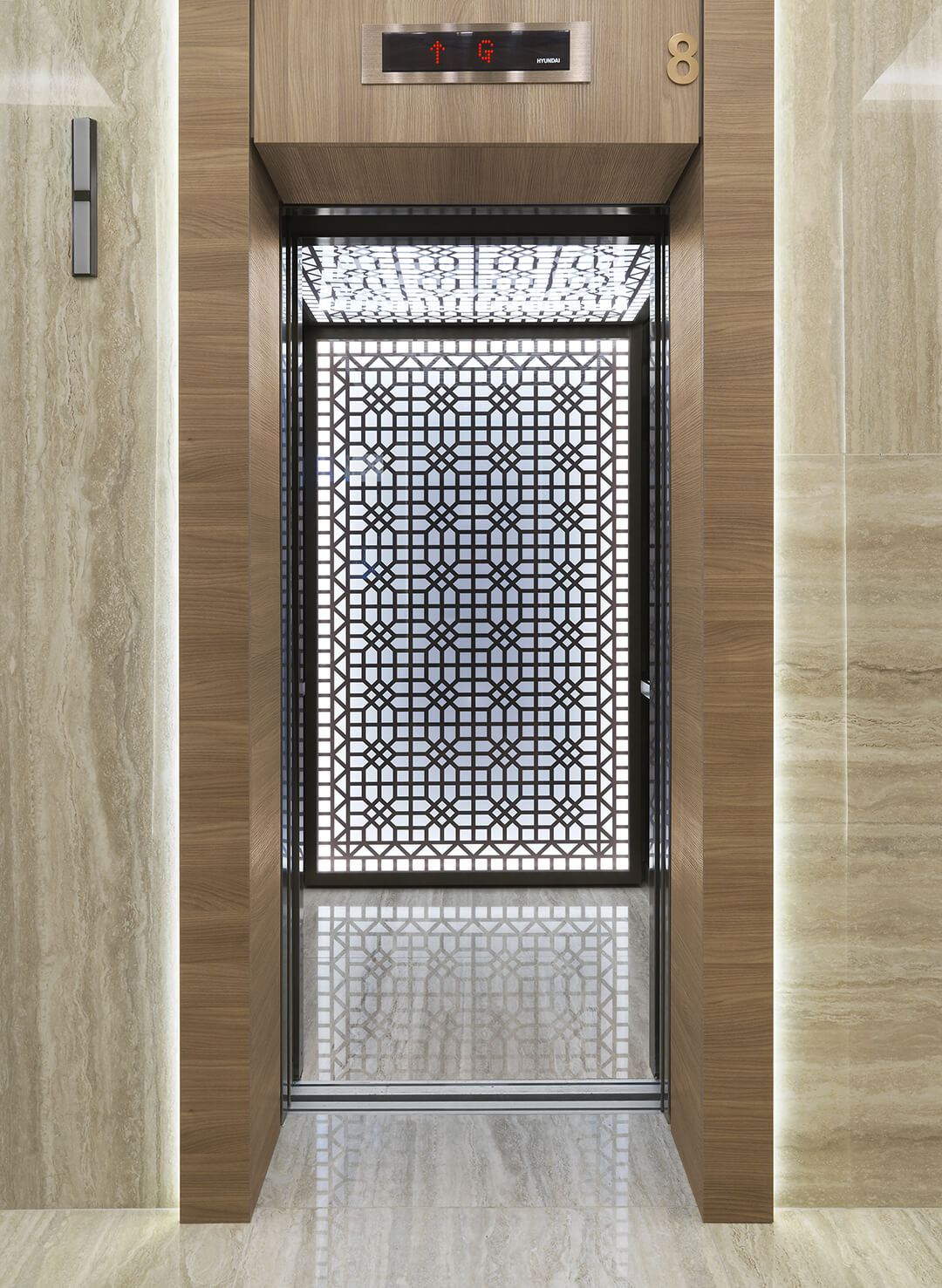 Nunziati and his team used the largest format ceramic slab produced by Fiandre in (from top to bottom) onyx, Calacatta marble and travertine.

Fiandre creates its products to be versatile, a precision tool with which to give form to architects and interior designers' imaginations. To do this, the brand worked closely with Nunziati's team throughout the project, from inception through completion, to ensure that the Fraser has a Made in Italy quality.

Throughout the hotel, Nunziati used Fiandre's largest porcelain slabs from the Marmi Maximum collection, which were produced in a visually striking 300 x 150 cm format. This generous size helps to diminish the appearance of seams in the room's surfaces and because these large tiles are also unusually thin, at 6 mm, they give surfaces both lightness and durability. 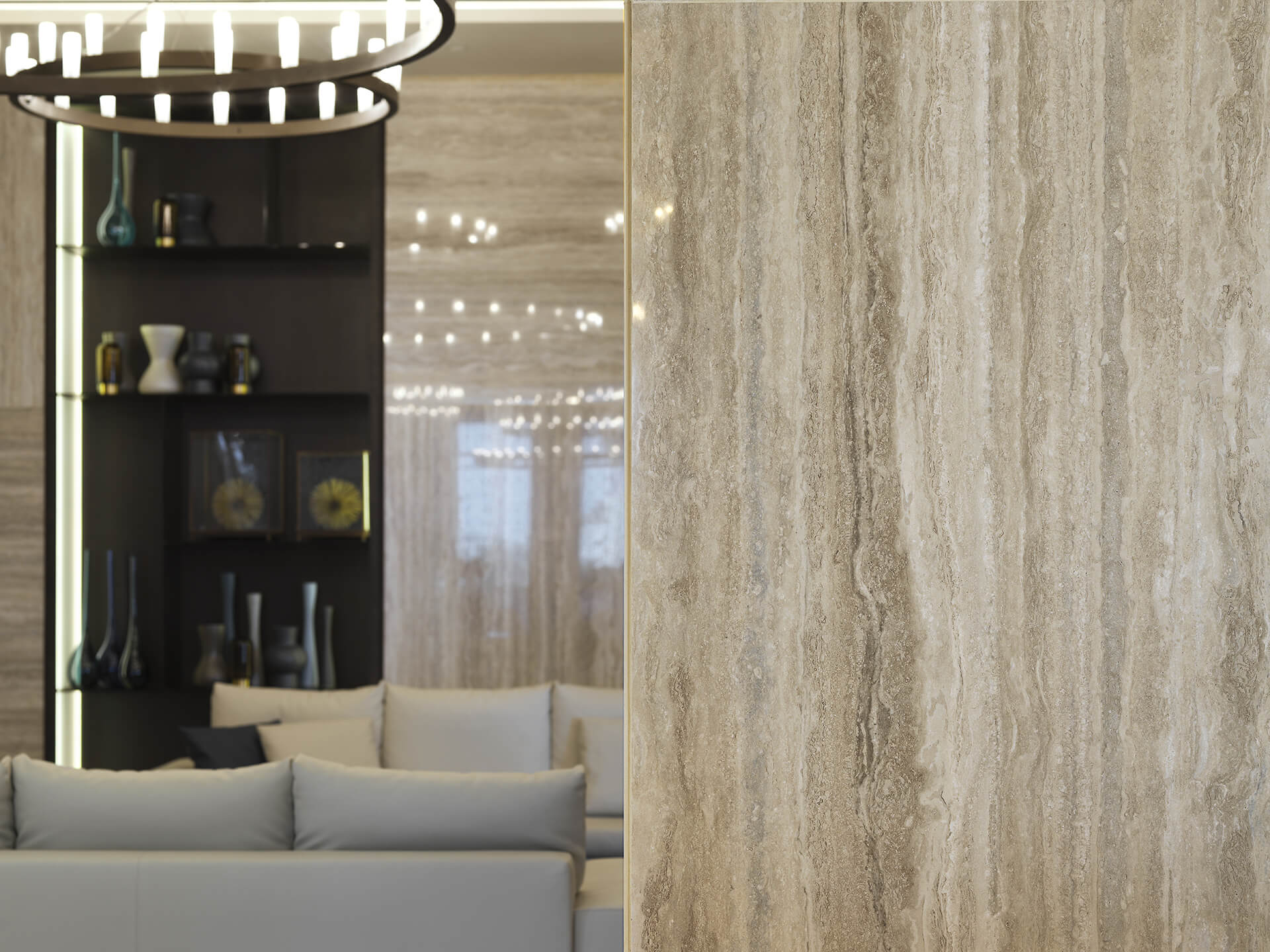 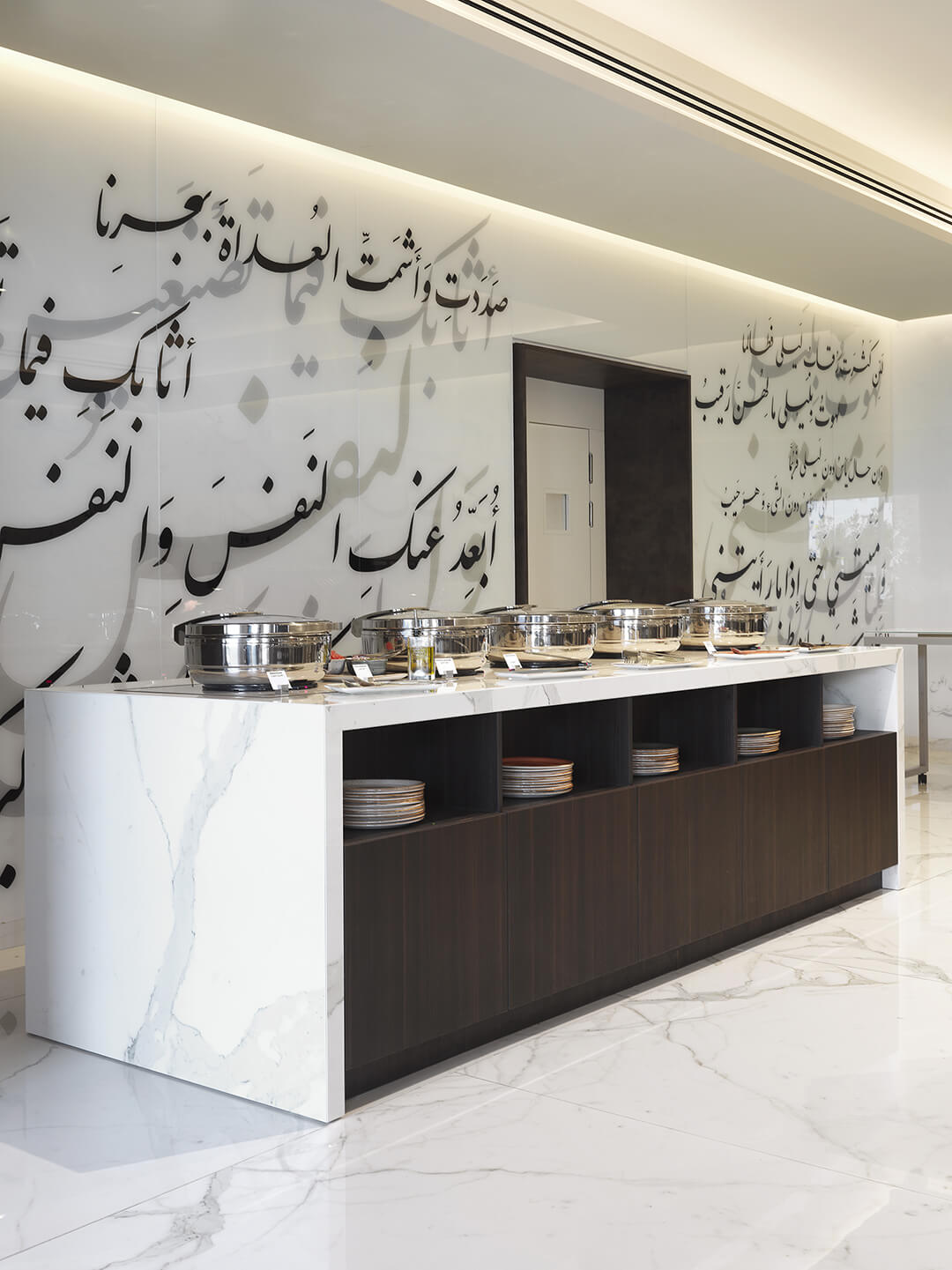 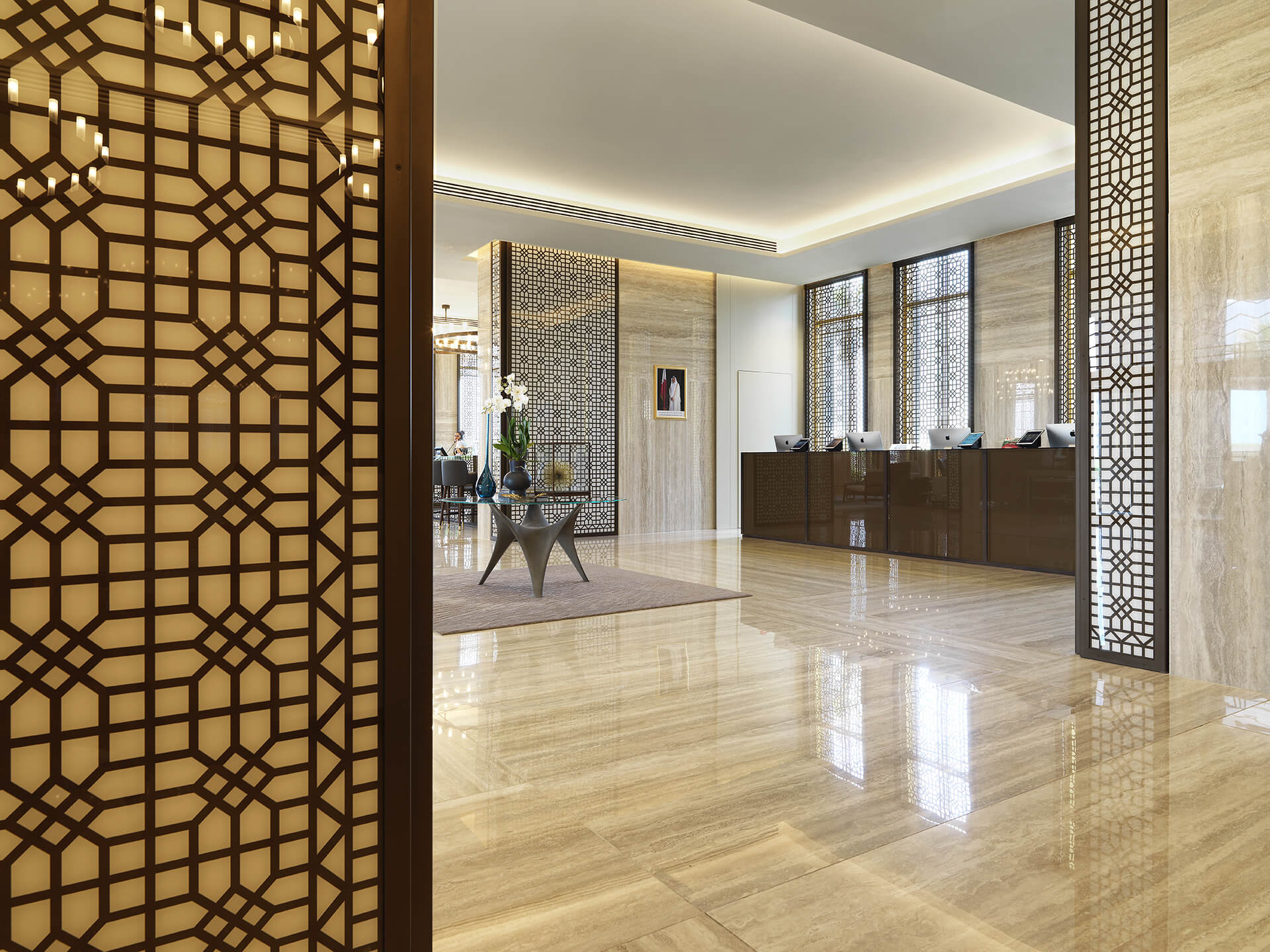 The Marmi Maximum slabs are so large that they create almost seamless surfaces in the (top to bottom) thirty-second floor lounge, the breakfast room and the lobby.

To make the lobby warm and sleek, while maintaining its taut lines, Nunziati clad the space with Travertino Maximum porcelain tiles, their soft tones chosen to evoke the surrounding desert. To cultivate an atmosphere of sumptuous luxury in the hotel's restaurants, the architect chose Fiandre's bright Calacatta Maximum.

One of the virtues of the product is not just its minimum maintenance requirements but its relative ease of transport: Fiandre's team had to carry Maximum slabs, in Gold Onyx, to the thirty-second floor lounge without using a lift. It now has an aura of glowing exclusivity.

'A complex product like Maximum must be installed by people with certain capabilities, because otherwise you're giving a Ferrari to someone who can't drive,' explained Nunziati. 'Now there's a whole new aspect, a whole new frontier with respect to product customization.'