Don’t drive to your studio for over an hour unless it’s worth it, says a Japanese designer

Born in 1976 in Kagawa Prefecture, Teruhiro Yanagihara graduated from Osaka University of Arts in 1999. He established his company in 2002 to develop his own, identifiable design vision. His intention is to cross boundaries and cultures with his projects and to instigate encounters between contemporary design, industries and Japanese crafts. As creative director of 1616 / Arita he has been bringing international designers to undertake residencies. Yanagihara also designed furniture for Karimoku New Standard and the leather collection TYP by Morpho. His office is now in Osaka, but shown here are his last days at his beautiful studio in Kyoto.

You previously had a studio based in a very remote, mountainous area in Kyoto. What made you retreat there?
My previous studio was in an old house, deep in the north of Kyoto, surrounded by forest. It was like being a hermit. It is not that I specifically chose Kyoto, I was simply taken by the atmosphere surrounding the house. The area is very different from what people imagine Kyoto to be, with temples and antique shops dotted along the grid line streets. The house used to be owned by a French man who used it as an art residency, inviting artists to respond to the surroundings. I was deeply attracted by the way he was using the house to its full extent, which even the Japanese couldn’t have utilised, giving it a new charm. 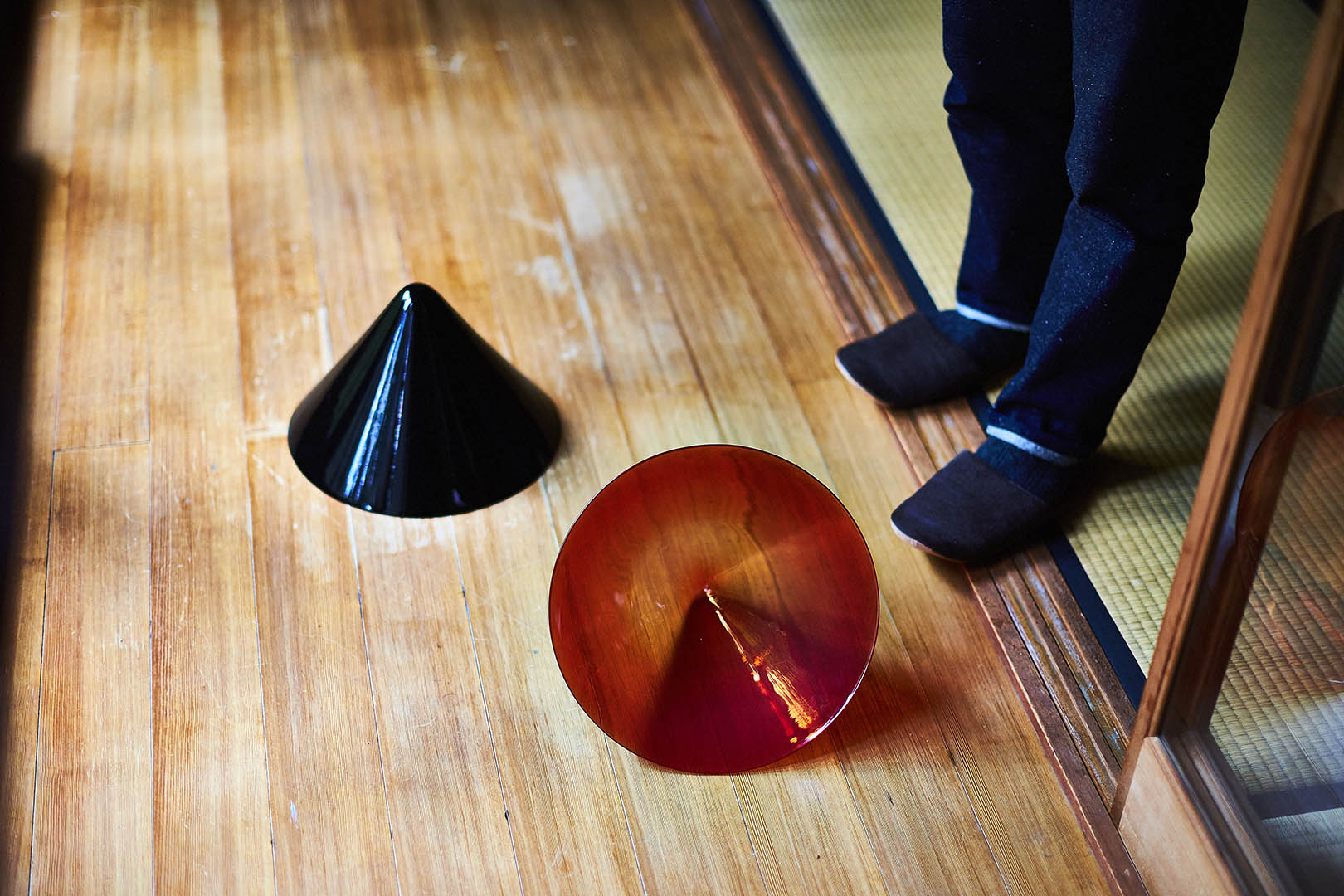 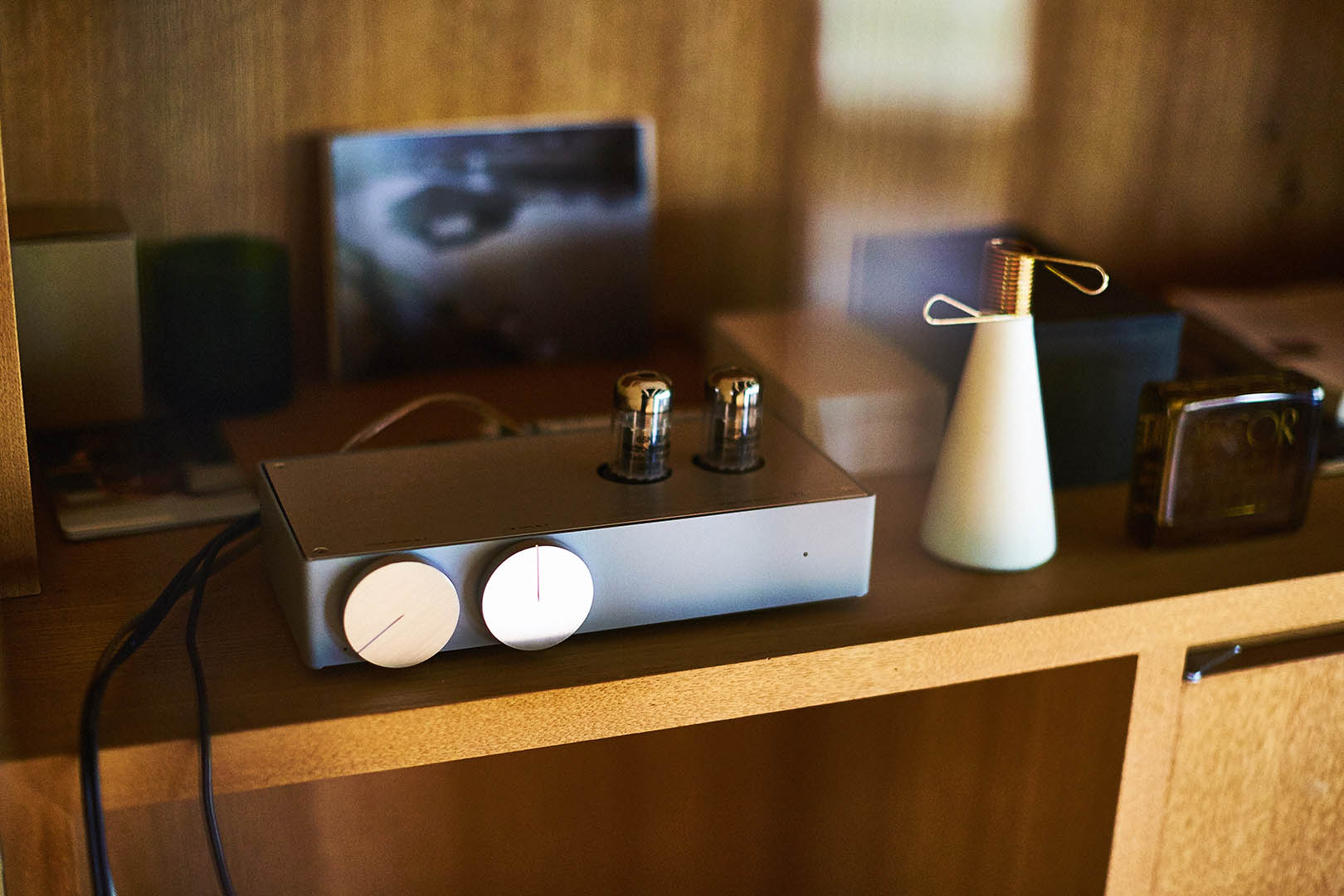 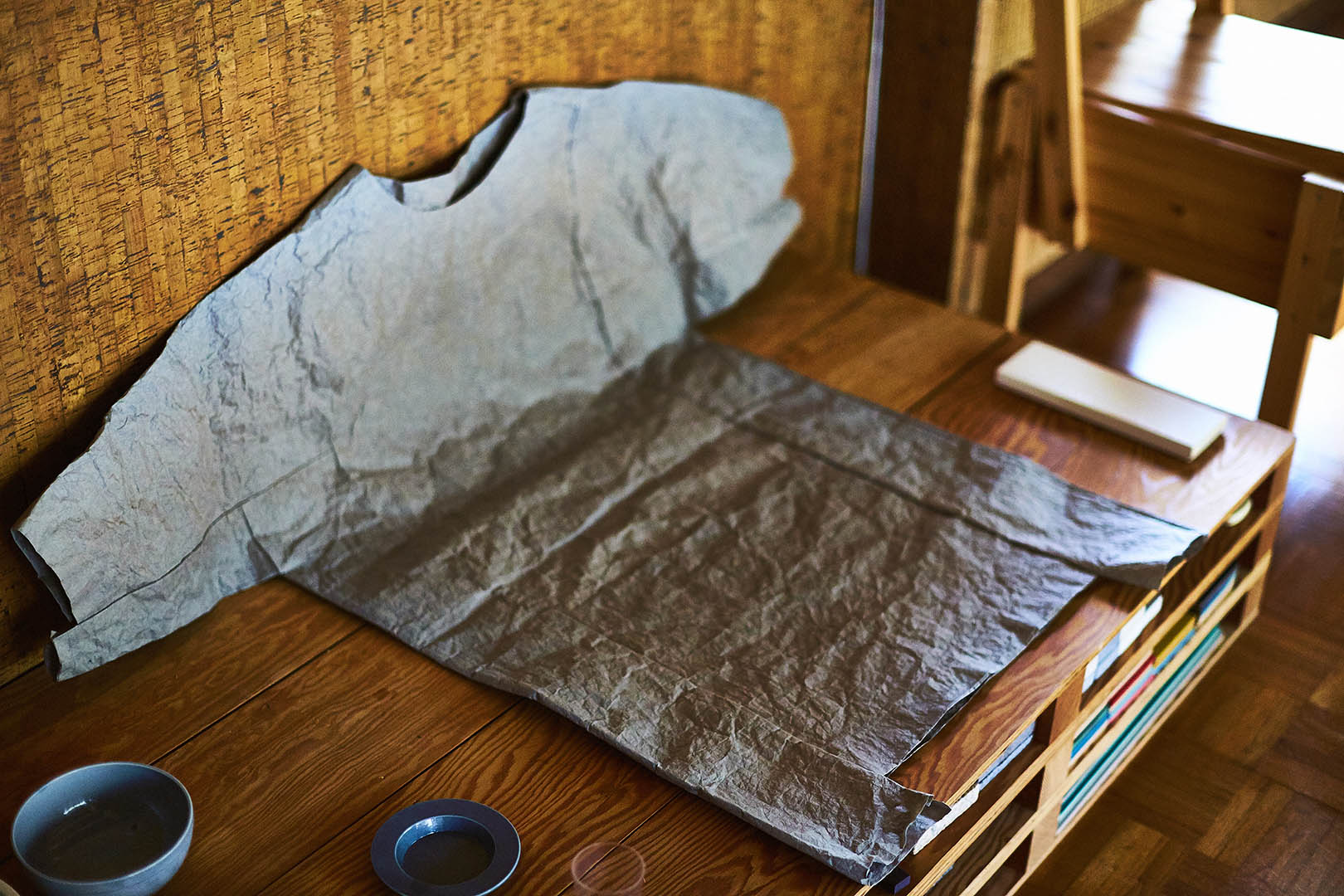 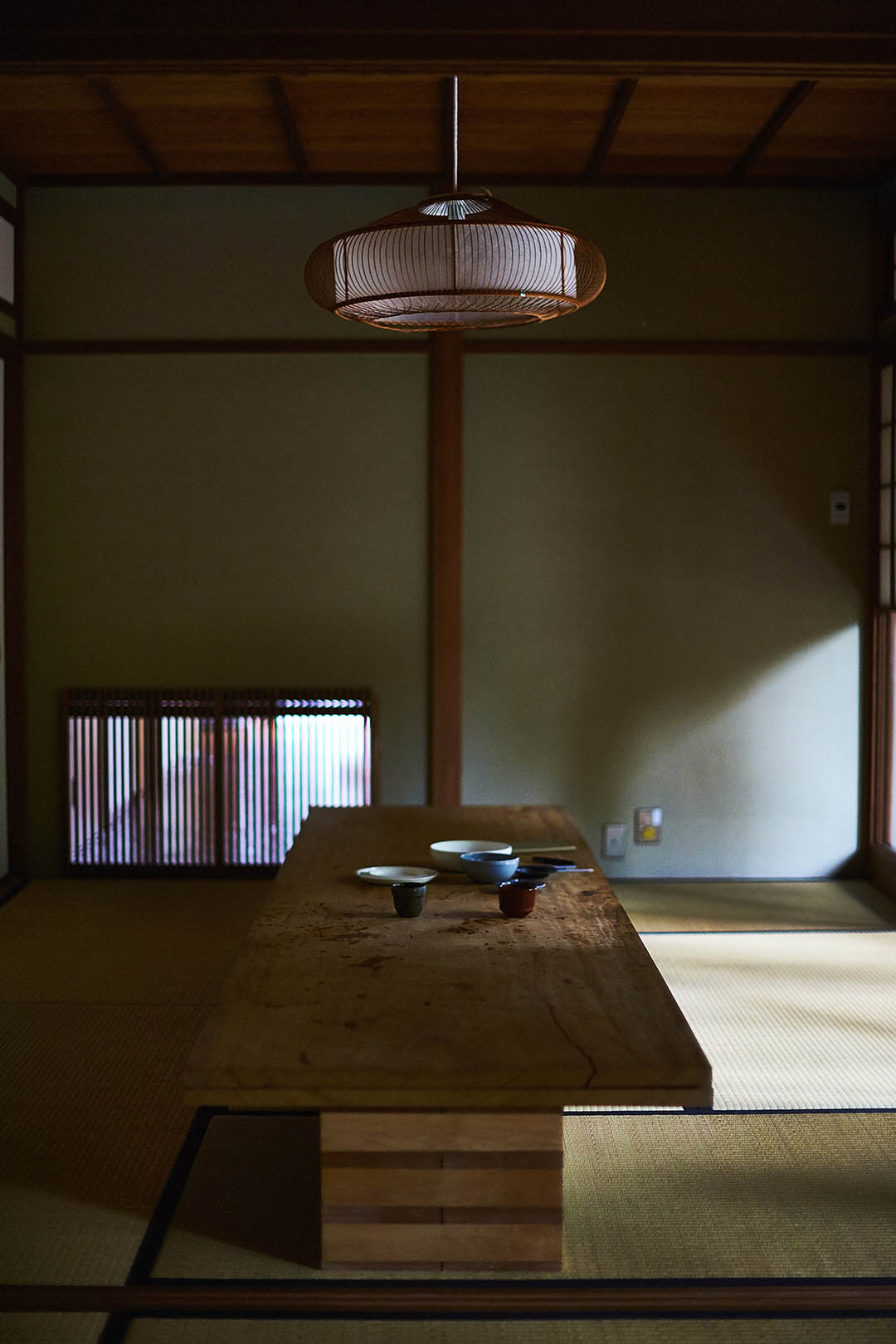 When the French man decided to leave the house, I took over and experimented with what I could do in this environment. That was back in 2011. In addition to being my office, the house had become a communal platform where I could invite creators from overseas to stay as a residency, enjoying dinner together and organising exhibitions. I simply wanted to explore what would come out from this unique locality and I didn’t think about conveniences of transport. The place was very inconvenient from that point of view.

From your home in Osaka, you travelled over an hour to get to the Kyoto atelier every day?
Yes. For me it was ok. Driving for an hour allowed me to think about many things. I have four children who I want to give plenty of attention and care to, and driving from my house to Kyoto allowed me to shift my mind into design. But what didn’t work well was that when I hired staff to stay at the Kyoto office, hardly anyone wanted to go to such a remote place every day. It was very difficult to find people to work there. For this practical reason I decided to let go of the Kyoto atelier and find a new office space in the centre of Osaka.

Your actual designing was done in that Kyoto house as well?
Most of my designing takes place in my mind. I don’t physically draw or write a lot. I think, investigate and design thoroughly in my mind while I am driving or when I sit in the train which I use when I have meetings in Tokyo. I try to avoid using a computer as much as possible because it can limit the realm of design compared to what the human imagination can create. The desk work on a computer in Kyoto comes almost at the final stage of the design, to fully present my idea in a visual form so that other people can understand it. 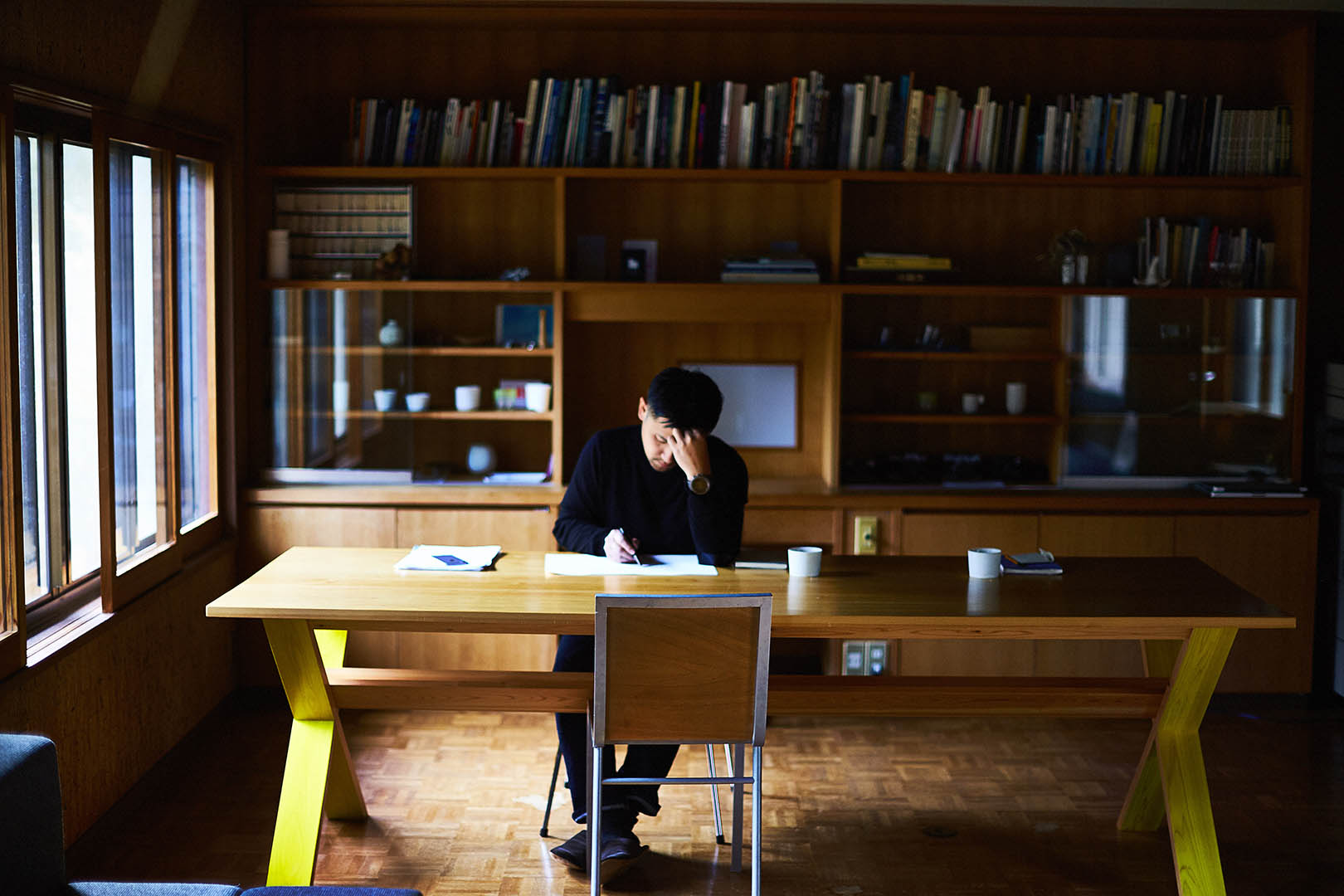 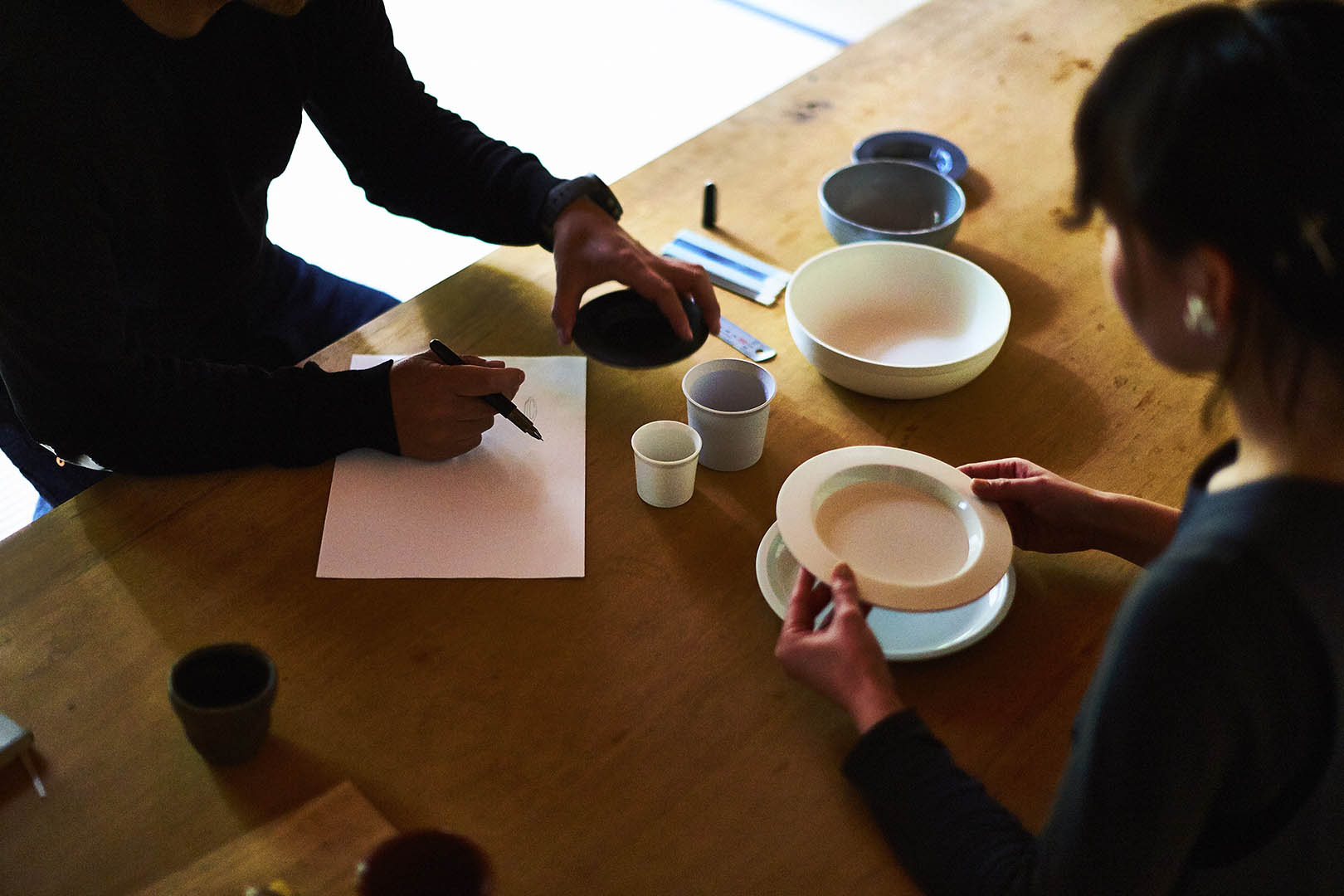 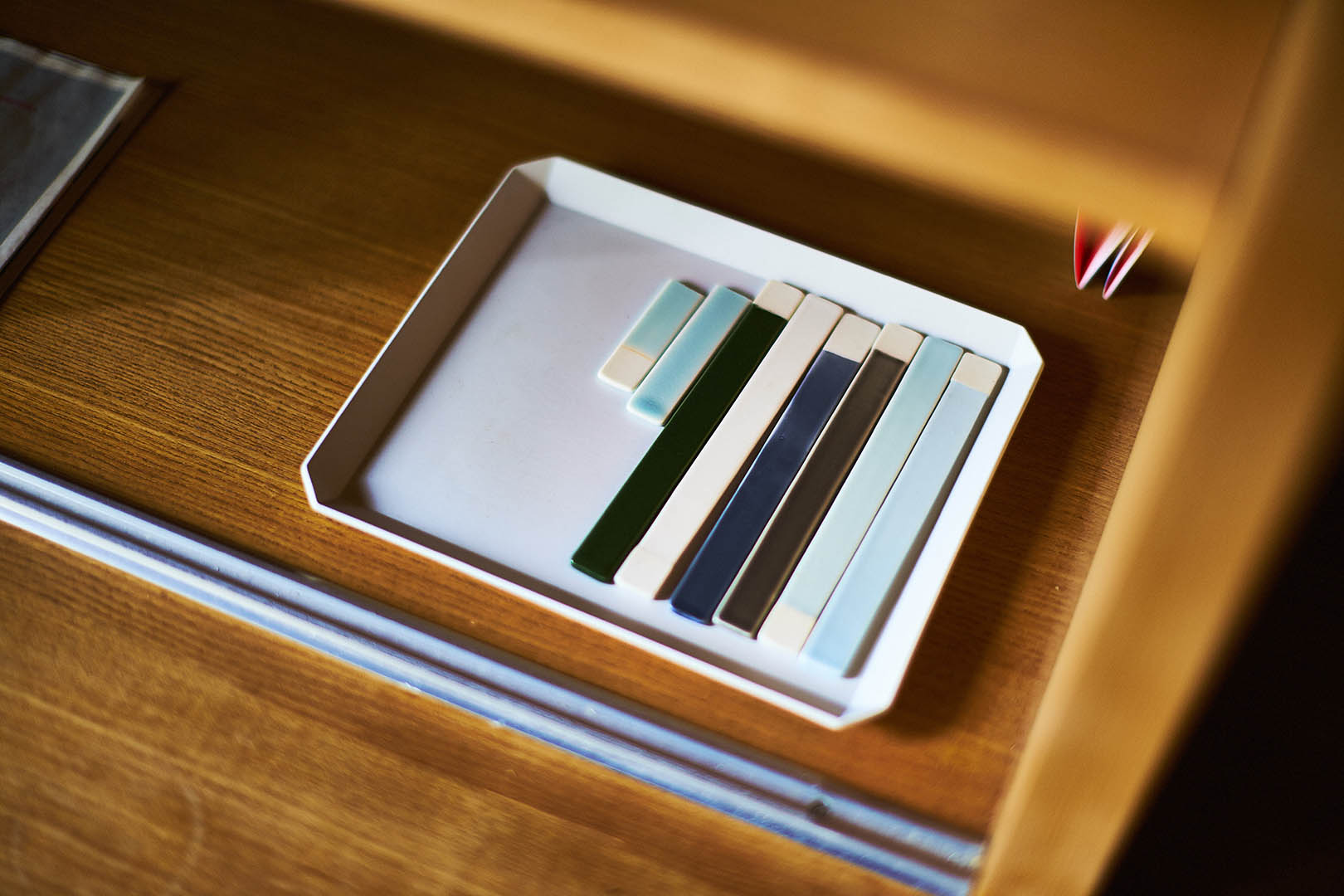 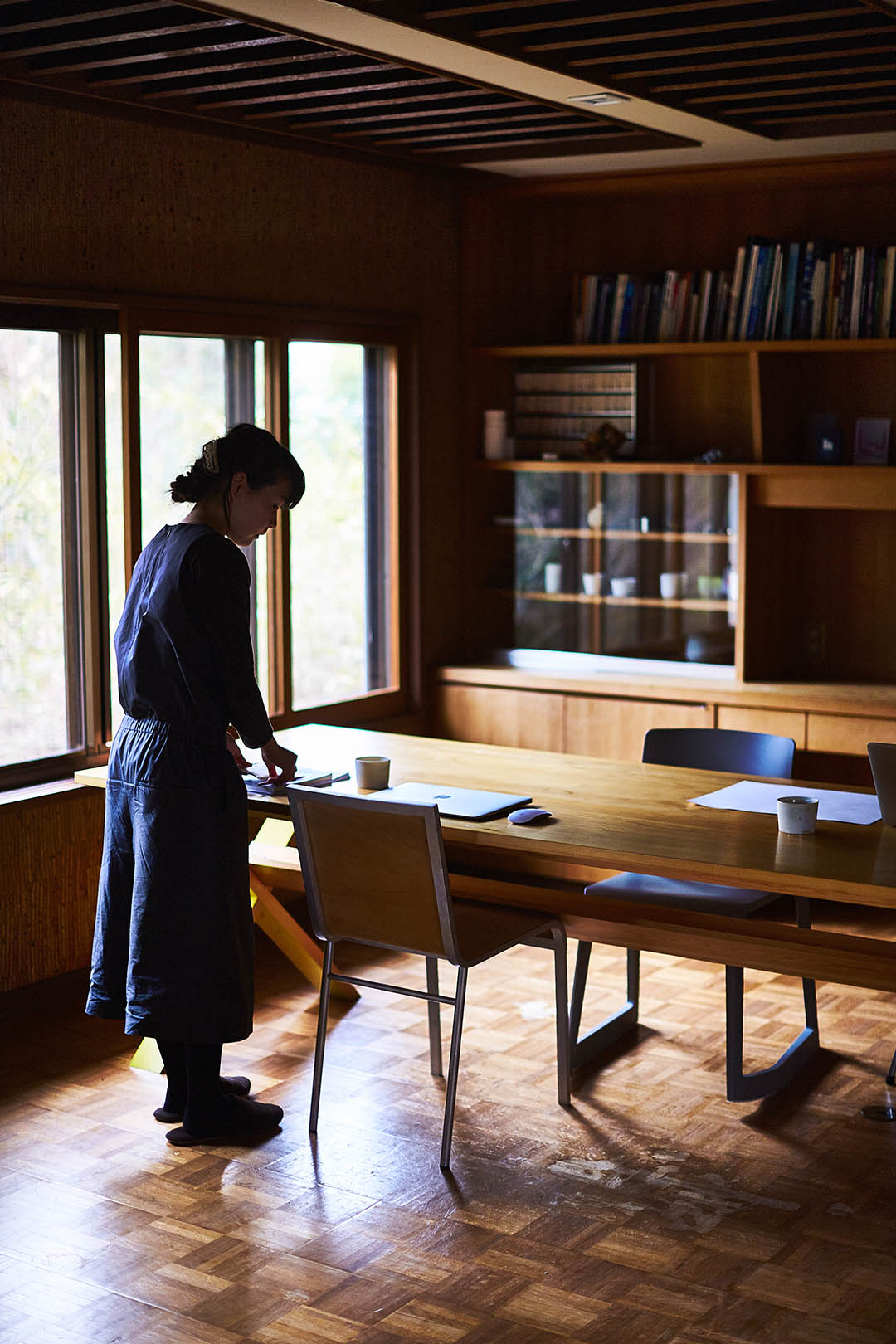 Is that how your design process works?
More or less. The way I approach a project depends on the type of project. I have been involved in designing new porcelain in the Arita region in Japan, which has 400 years of porcelain making history. For that project, the objective was not simply to make new porcelain that will sell well. The project was more about creating a situation where potters, porcelain manufactures and other people living in Arita can sustain their living in the future through the porcelain industry.

Creating new porcelain is just a medium. In this case, design is not only about a form for new porcelain. It involves searching for and determining how people will use it, including tableware, kitchen utensils and home accessories in contemporary society, which has completely changed in the last 100 years. Travelling and talking to people in many parts of the world is important for me. My brain is initially, ‘where I create.’

This piece was originally featured in Where They Create. You can purchase a copy here.