Shoreditch is synonymous to street art, street wear, and street food. Now, there is a new eye-catching Nobu hotel designed by Ben Adams dominating the street, a ten-minute walk away from Brick Lane. The striking front of the building pierces into the public scene with open-ended beams. 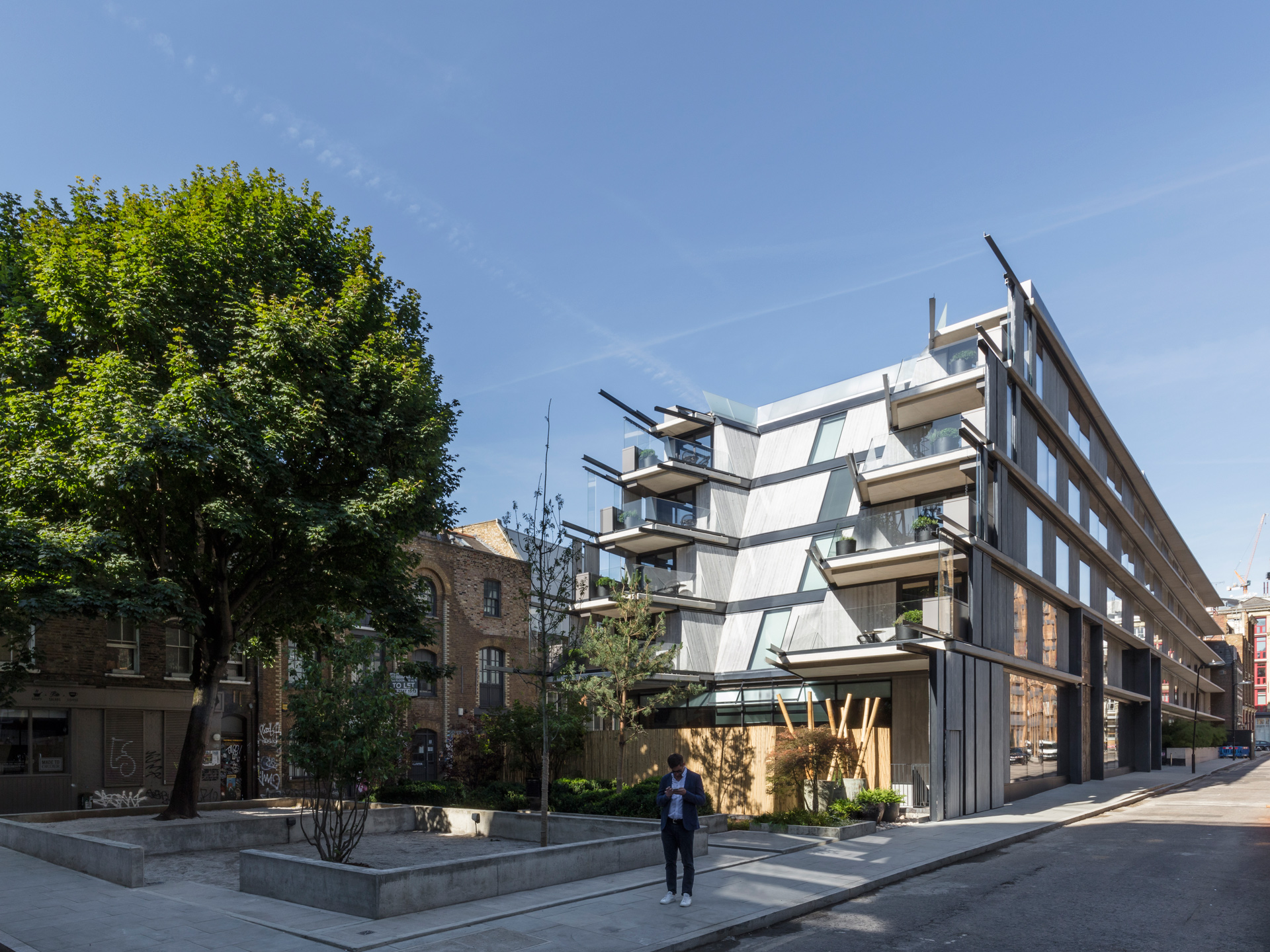 The architects take their inspiration from the surrounding warehouses using the same materiality. Concrete panels adorn the facades and hotel rooms, which enhances the sober and muted interior design. This then relates to the strong timber elements and bronze colour scheme that define the hotel lobby and restaurant on the ground floor. Bamboo is also used to provide privacy to the lower level bedrooms.

As it is still in the heart of East London, the architects exploit to the fullest the given plot by unlocking the potential of underused space underground and bring in light by opting for large pieces of glass. The basement levels have terraces, an intimate garden, and planting. The narrow plot of land generates an elongated volume for the hotel which is emphasized by the steel beams protruding out of the hotel room balconies, making it a dynamic building whilst maintaining a minimalist architectural language. 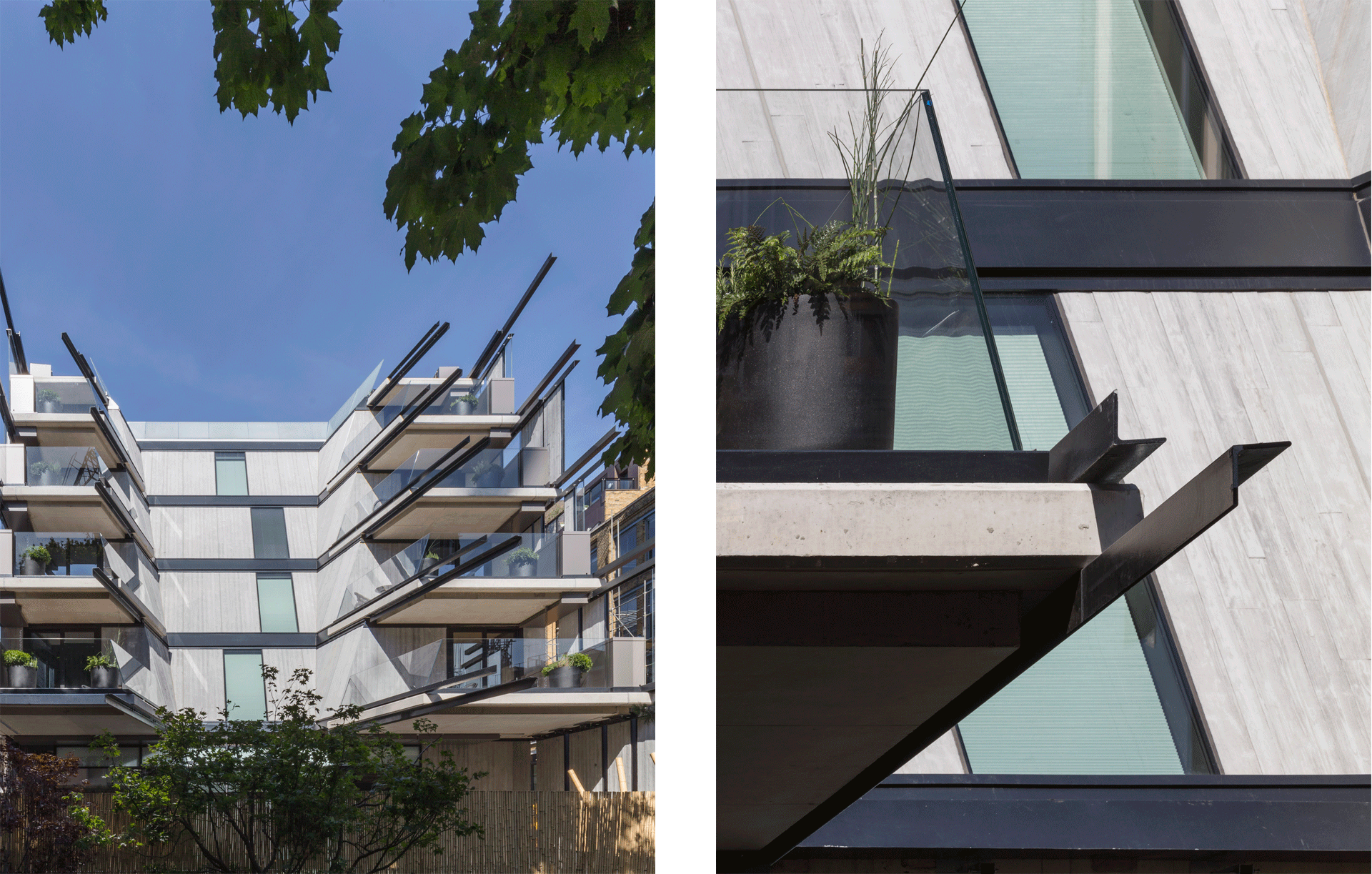 If you had to define the project in three key words what would they be?
Ben Adams: Raw, Cool, and Sophisticated

The fragmented end towards the pocket park is really defining the project, what led you to choose this bold architectural language?
BA: It's an explosion that breaks down the 'front' of the building to create balconies, a terrace to the restaurant and a fragmentation of the architecture as it opens out to the city. Hotels are very regular building forms, as they have natural repetition from the grid of hotel rooms that sit behind the facade. At the South End this building fragments as it approaches the park in contrast to the regular rhythm of the rest of the elevation. This fragmentation is an expression of the life inside the hotel which is irregular and varied and messy despite the rows of identical rooms. The very southern end contains the larger rooms and suites which are different on each floor and vary in style, size and character. 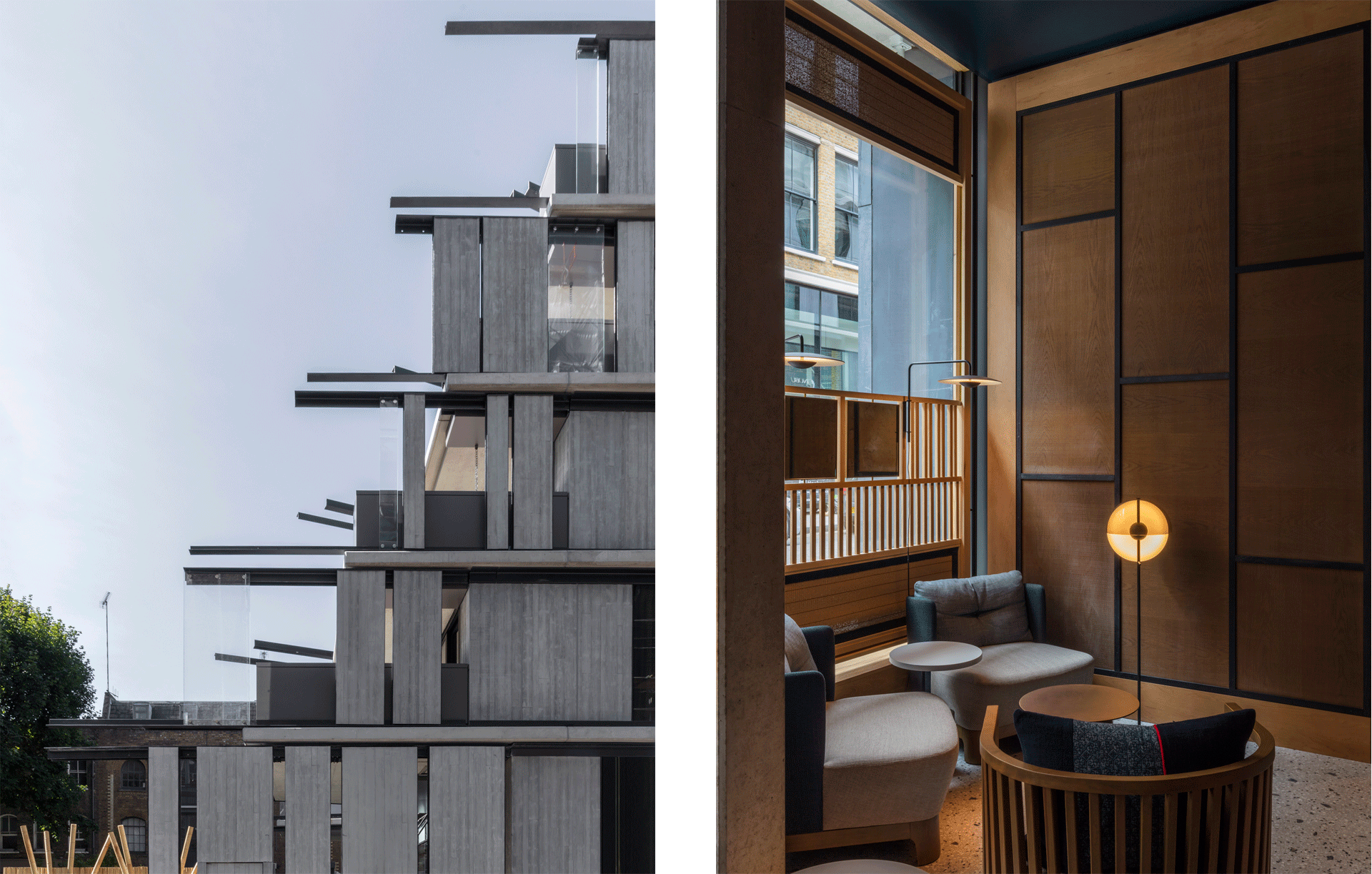 Were there any considerations taken in building in such a lively and colourful neighbourhood?
BA: We sought to preserve the local spirit and contrast it with something new. It is also a public venue that anyone can enter which helps support the local night time economy.

And how have you preserved the local spirit in this very clean and minimalist building?
BA: Good point - from inside the hotel, particularly on the west side, the building looks out across a very narrow street onto a collection of random brick walls, backyards and old London buildings covered in graffiti. We could have tried to hide or screen this part of everyday London but the building has floor to ceiling windows to expose and celebrate the spirit of Shoreditch at first hand. You don't come and stay here to hide away from the street life in the local neighbourhood, but to participate in and become a part of it if only for a few days.

What’s next for Ben Adams Architects?
BA: We have an eco-lodge hotel in Topanga Canyon in LA, and a mixed use residential scheme in Vauxhall, along with smaller projects in New York, Moscow and Bucharest to keep us busy. 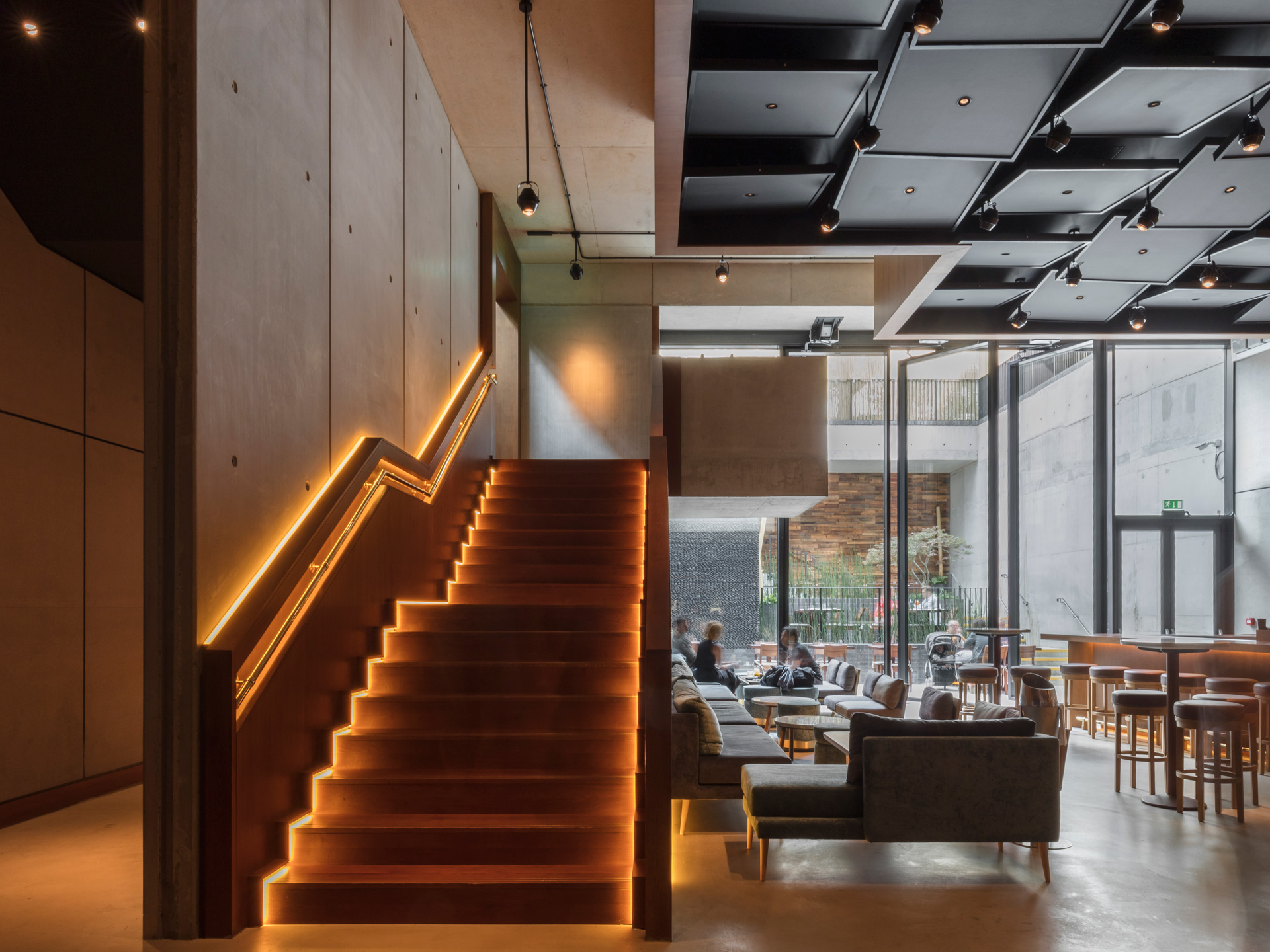