A designer overcame one of the steepest streets in the U.S. to create a dream house

LA’s Baxter Street is reputed to be one of the steepest streets in the United States. With a 32 per cent gradient (on both sides), not only do you have to see it to believe it; you’re also left wondering who in their right mind would build on it. Production designer Tino Schaedler, looking for a building site, didn’t see the problem; the founder of Optimist Design has an affinity for the dramatic. ‘I immediately fell in love with the lot,’ he said. ‘It has such a great vibe, an amazing view and beautiful sun exposure.’

Working in the film industry but trained as an architect, Schaedler designed the family home himself, using his professional experience as inspiration. ‘My wife and I talked a lot about how we envisioned certain scenarios playing out in the house,’ he said. ‘We began writing up these moments and designing the space around them – similar to the journey a script takes from storyboard to screen.’ 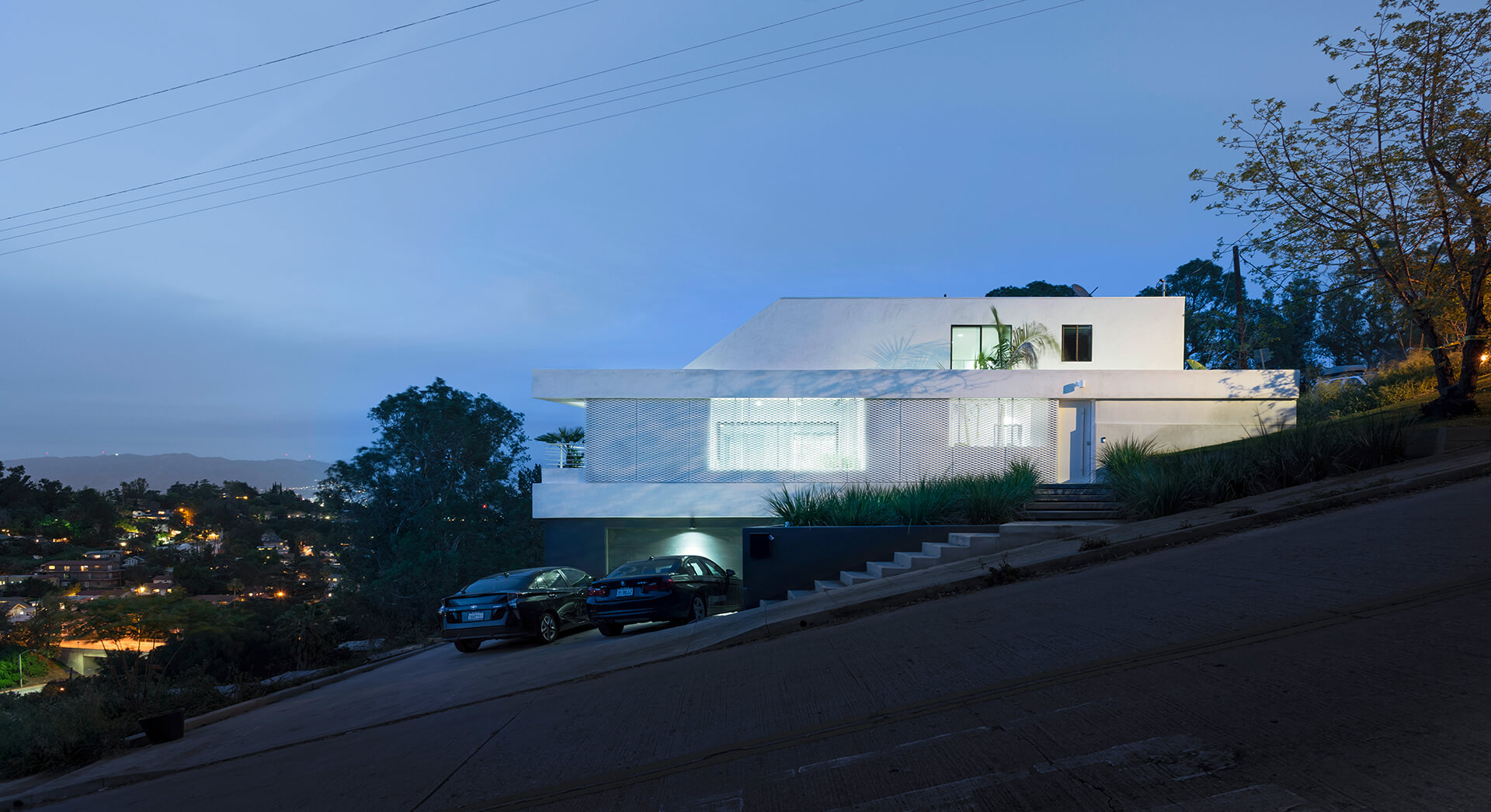 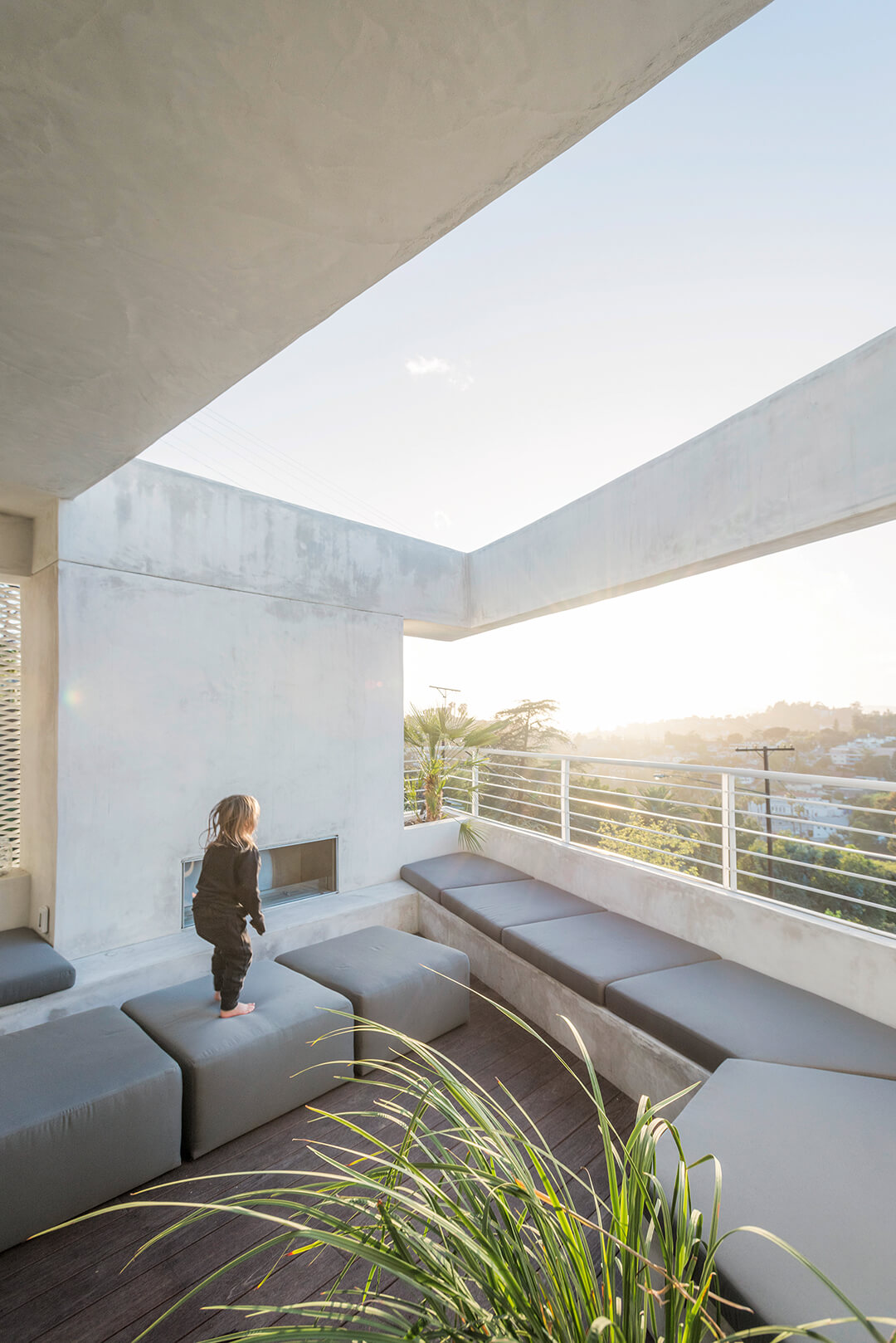 I think there is a beauty in bespoke design, as it feels very personal and unique to the house

Among the results of their conversations are an outdoor terrace featuring a kitchen with an integrated wood-fired oven to encourage the family’s love for cooking (especially pizza); a motorized projection screen recessed into the ceilings of both living room and terrace, as well as hidden speakers throughout the house for all-round sound; and, in the living area, a 3.65-m-wide panoramic window that frames a view over the Hollywood Hills, accompanied by a giant window seat that doubles as a chill-out zone for watching movies.

Alongside the entertainment gadgets, a large proportion of the furniture and surface materials were also custom-made, conforming to Schaedler’s image of what his dream house should be. ‘I love figuring out the details and doing it exactly how I imagined,’ he said. ‘I think there is a beauty in bespoke design, as it feels very personal and unique to the house.’

This piece was originally featured on Mark 70.