Why this Parisian apartment eschews walls for curved wooden partitions

For the most part, Wood Ribbon is the quintessential Haussmannian apartment: its rooms are airy and sunny. There are crown mouldings, thick and intricate. The flooring is lined in fish-bone parquet. And yet, the apartment’s most striking feature – a single curving wood-partition wall – is clearly contemporary, part of Toledano + Architect’s strategy to update the traditional Parisian apartment into a home fit for 21st-century living.

Today, wide boulevards and six-storey apartments constructed from pièrre de taille are synonymous with contemporary Paris. Yet when Georges-Eugène Haussmann first proposed gutting medieval Paris for his ambitious urban planning programme in the mid-1800s, many Parisians were aghast. Medieval Paris was historic and beloved, but it had become over-crowded, dangerous and unhealthy to live in. Haussmann’s proposal was an attempt to reinstate efficiency and cleanliness into derelict Paris.

Toledano + Architects’ idea of an update was less extreme than Haussmann’s. The apartment was totally preserved, except for one feature – its original partition walls. Designing for a family of three with a newborn had proven challenging within the constraints of the old layout, so the designers replaced non-load-bearing walls with two winding wooden partitions. These inhabitable dividers span the length of the apartment, cutting the area into three: a master suite and dressing room, a children’s bed and bathroom and, in between the two partitions, a corridor space encompassing the kitchen, dining room and living room. 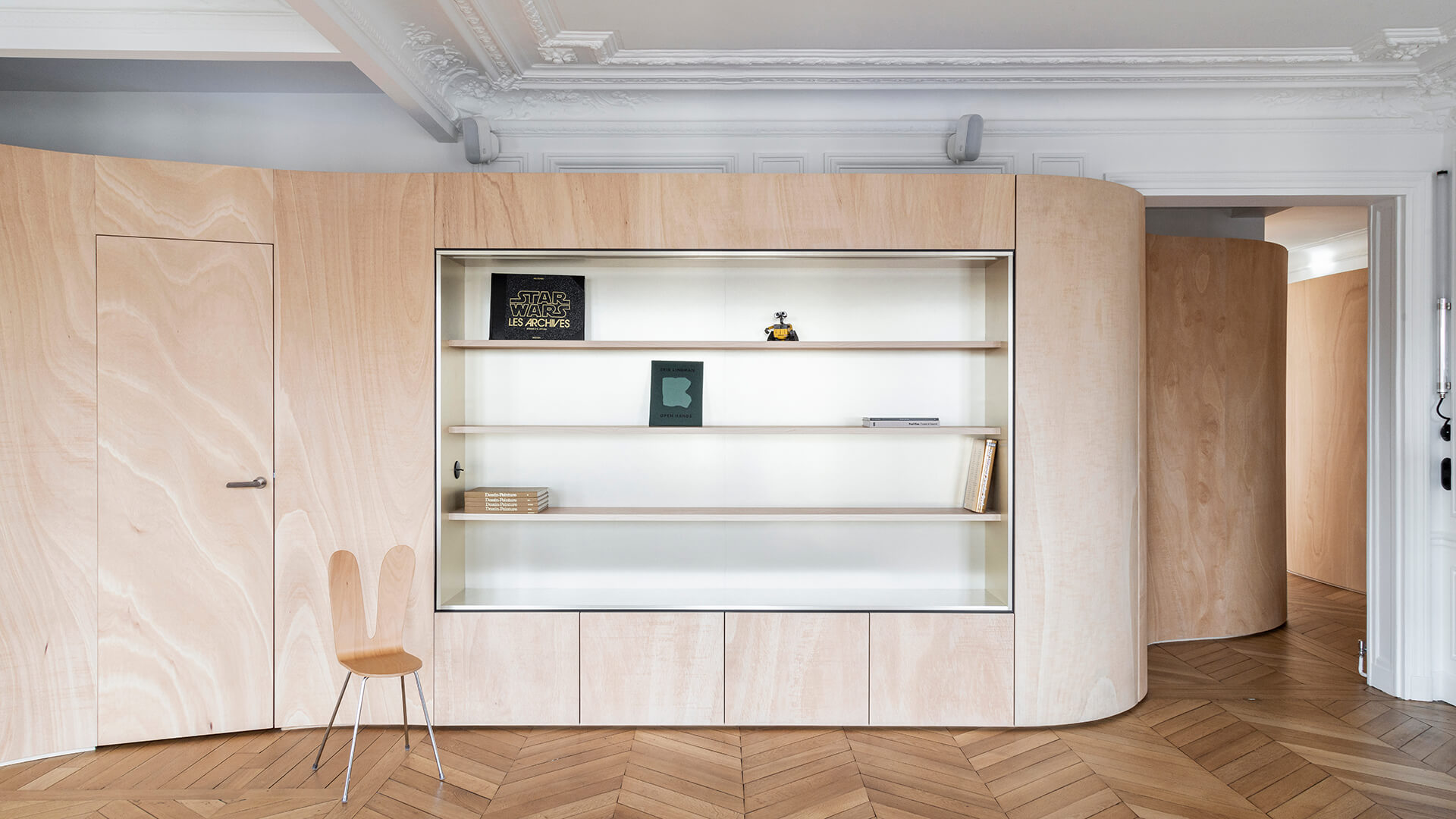 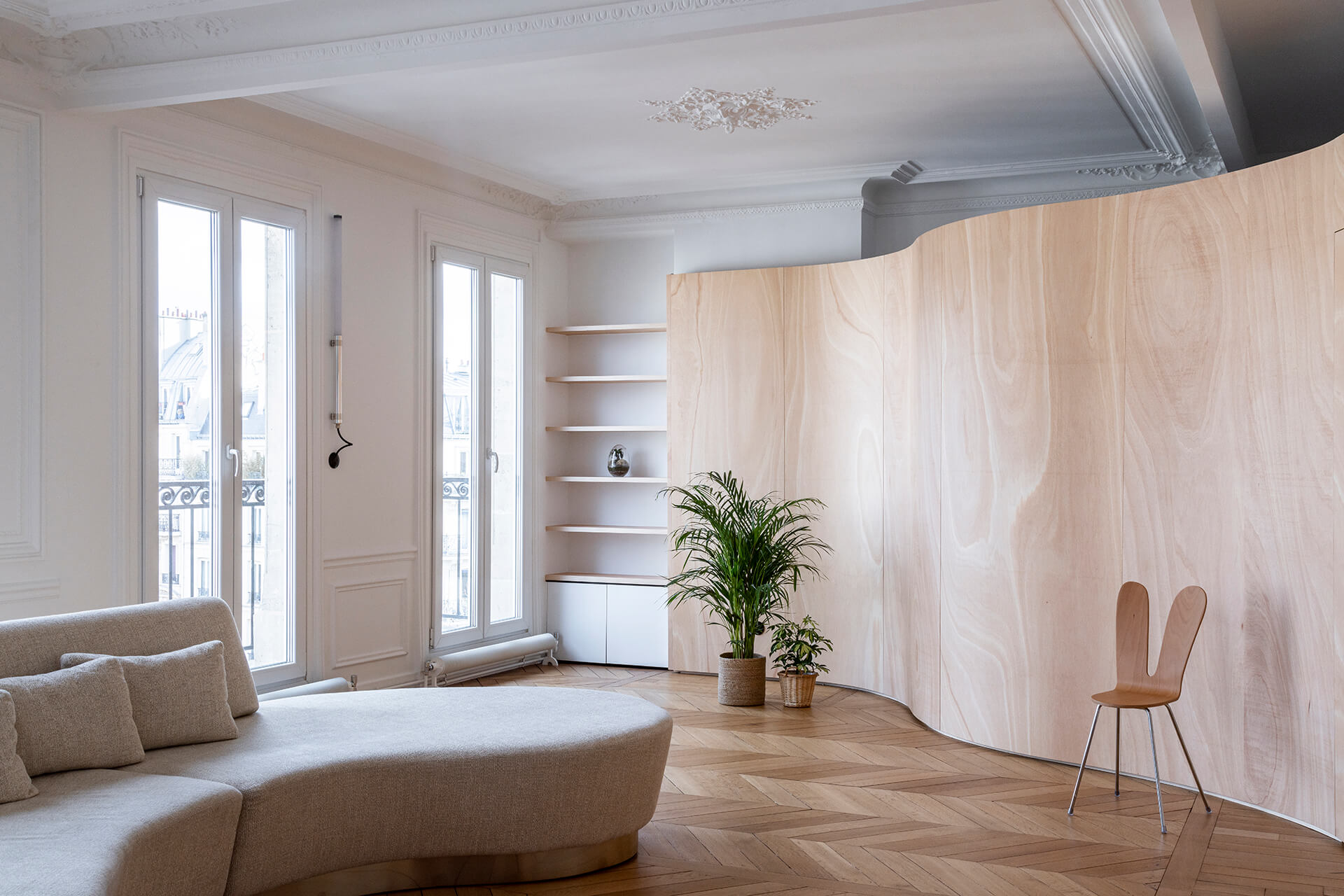 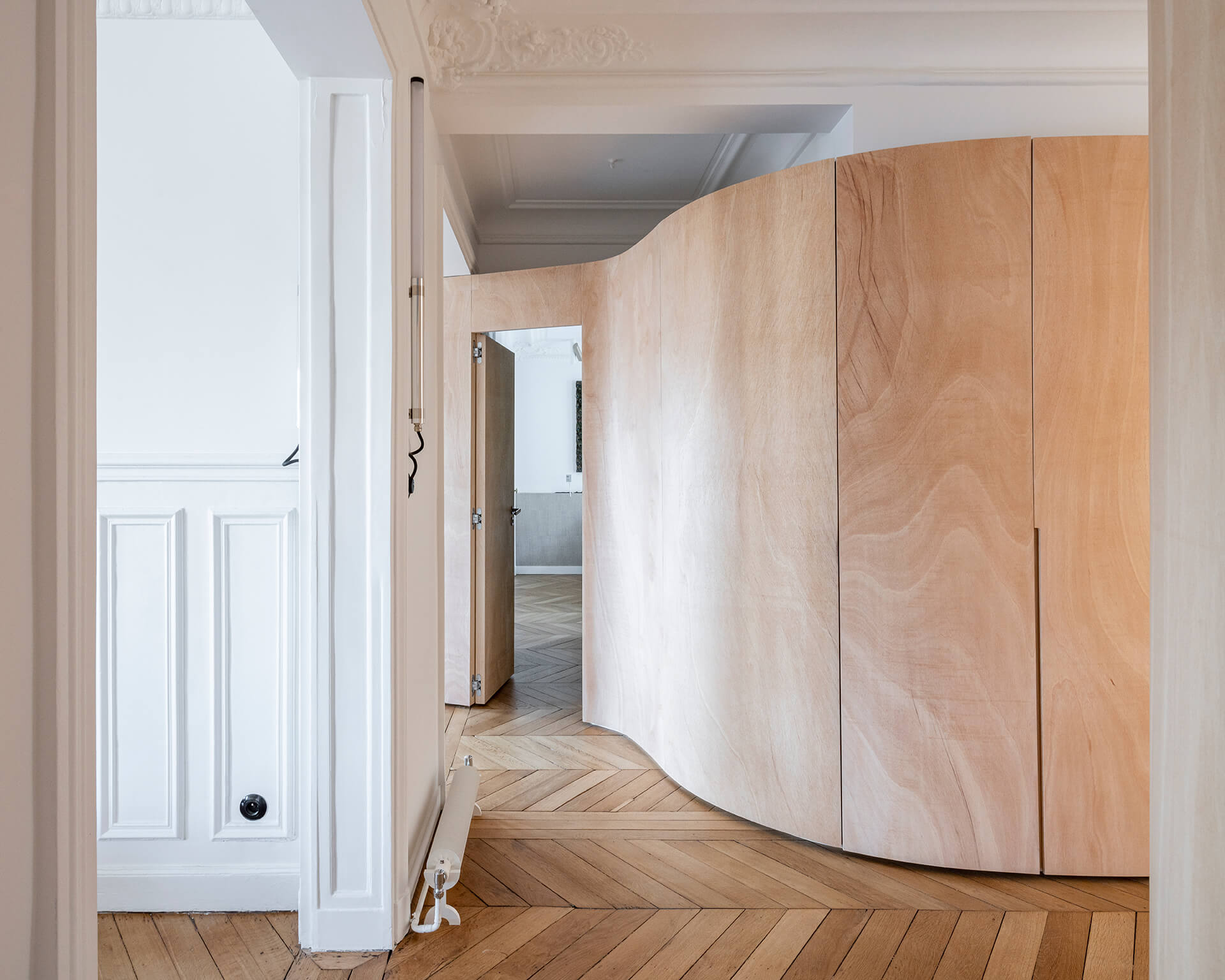 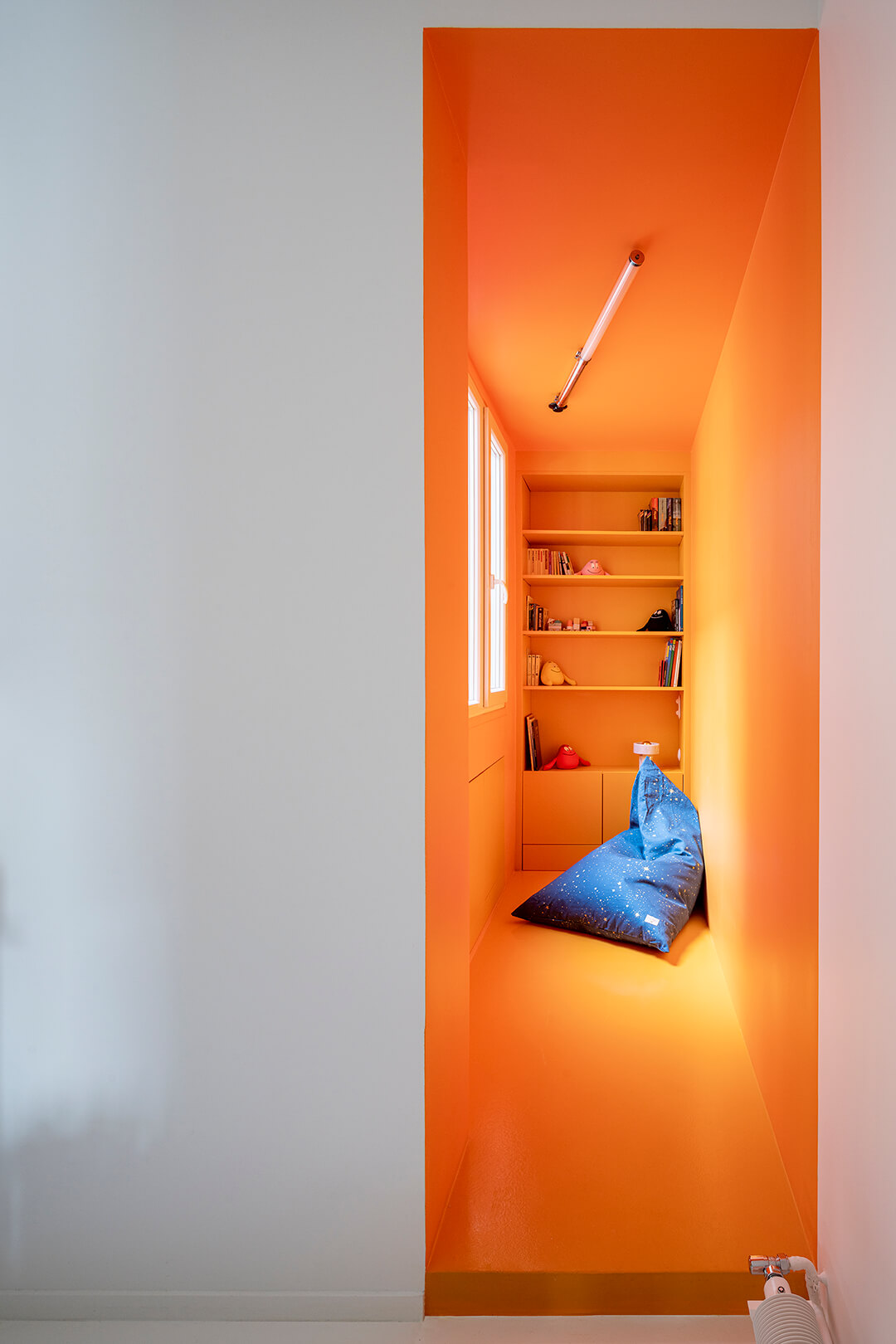 Though Wood Ribbon is mostly made of plywood – pre-fabricated and laser cut in a local carpenter’s shop – divergent moments of colour and material are incorporated throughout the apartment. In the kitchen, built-in brass shelving complements the grey-onyx countertop. A bright-orange interior marks the children’s playroom. And, in the bedroom suite, an alveolar polycarbonate ceiling adds an unexpected textural twist.

Throughout the interior, the designers lowered the plywood wall to accommodate the historical moulding. In doing so, they effectively preserved history while updating the space for improved living.