What will our entertainment outings look like in the post-pandemic era? #FrameLive panellists give an idea

Think of Eurovision, of the Super Bowl, of Paris Fashion Week, of Salone del Mobile: these massive events reach thousands of people annually. But the COVID-19 crisis has called their future into question. With the congregation of large groups largely restricted, how will the show – sporting, fashion, trade, music and the like – go on?  While many organizations are opting to weather the pandemic by going virtual until a vaccine is developed, event design will likely not return to normal after. Ray Winkler – CEO of Stufish Entertainment Architects – and Christopher Lee, EMEA managing director of Populous, see positives to be found in this forecast. In our latest #FrameLive talk, the pair discussed the past, present and future of event design with our founder Robert Thiemann.

Stufish has designed concerts for headliners from Beyoncé to U2 to Lady Gaga. To illustrate his first point, he showed the Zoom audience a side-by-side collage of Dublin’s Croke Park – capacity: 90,000 – and Athens’ 6th-century Theatre of Dionysus, which would have had a capacity of 17,000 at its heyday. Reflecting on the pre-pandemic realities of event design with his team, ‘What occurred to us is that the model for us consuming entertainment hasn’t really changed in the 25 centuries that separate these two venues,’ said Winkler. ‘That’s because, at the core, we are still the same. We are a tribal people – we have emerged from a society that has always been narrative-driven, you know: congregating around a campfire, telling stories, sharing memories. Even as we’ve progressed – as architecture, technology and entertainment design has changed – the essence is really to come together and share these experiences.’ 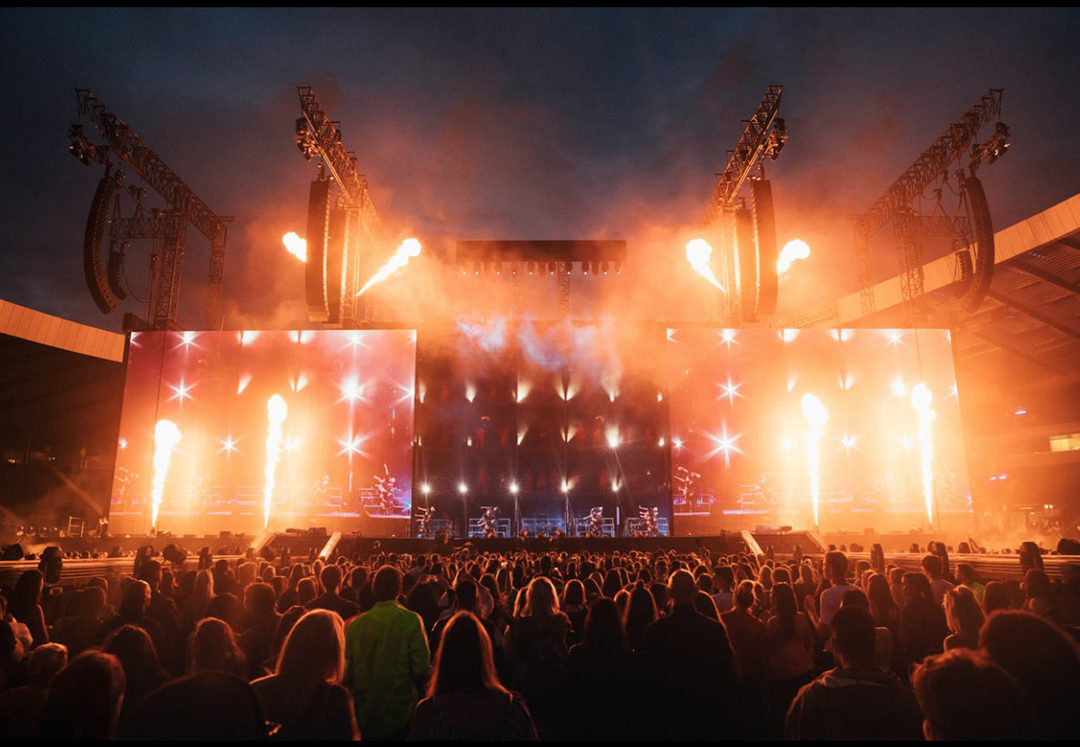 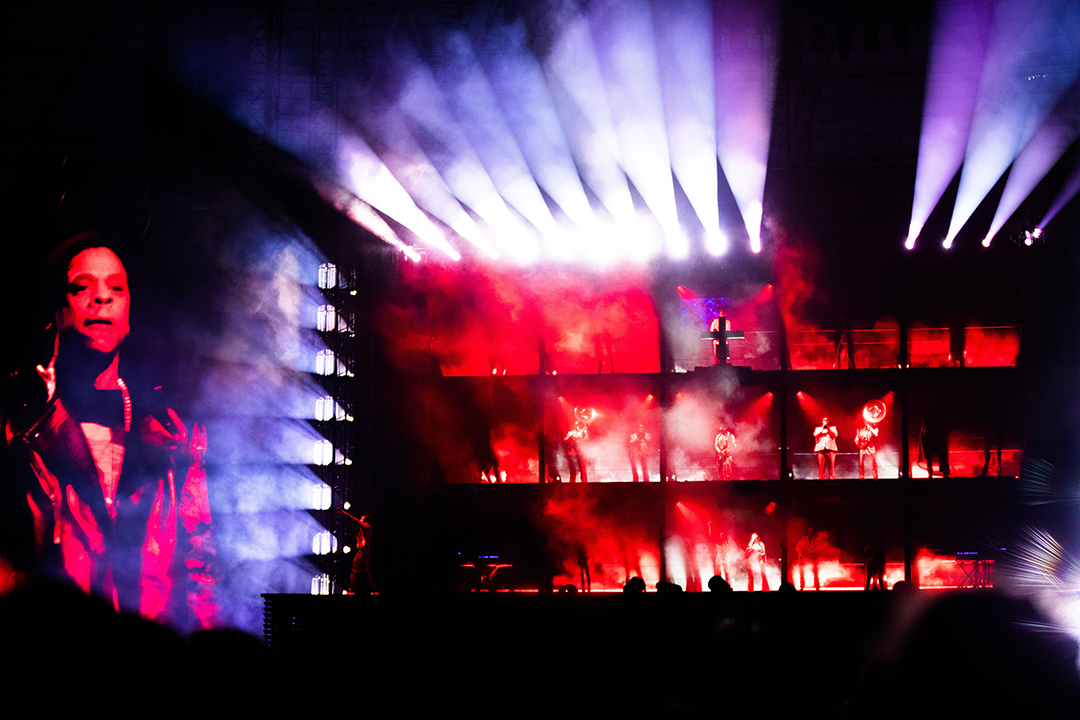 Header and above: Designed by Stufish, Beyoncé and Jay-Z's On the Run II was the third highest grossing tour of 2018, pushing creative boundaries to set a new precedent for music tours. Photos: Andrew White and Raven Varona

Lee thought Winkler was right on target with this, going on to share an image of a game in the stadium Populous completed in 2019 for the English football club Tottenham Hotspurs, in London. ‘We have for a millennia craved this idea of sharing an experience with a group of people,’ he responded. ‘Whether it’s a Beyoncé concert or Tottenham game, there’s that instant bond between 10, 20, 60,000 people. That shared experience is what has always driven – and what I suspect will always drive us – toward live events. The intimate relationship between the performer and audience, athlete and fan, is a very unique and ephemeral one. I think it represents a pre-pandemic situation.’

Then, of course, the pandemic came. ‘Our ability to gather literally stopped overnight here in the UK,’ reflected Winkler. ‘The desire to meet up did not stop overnight. We find social distancing as a term to be extremely misleading. What we’ve discovered is that we’ve actually come together, socially, in many different forms.’ Now that we’re gathered around this ‘proverbial, digital campfire’ until venues can be occupied again, where does this leave the opportunity for people to consume entertainment?  Winkler turned to four cases: Travis Scott’s virtual concert on Fortnite, the Global Citizen One World Together at Home concert, Katy Perry’s Extended Reality performance on an American Idol broadcast and a show by Laura Marling in an empty Union Chapel. All have taken place since the COVID-19 crisis broke out, and each pose an example for how to move forward. Even still, there is a long developmental period for digital events to anticipate ahead.

‘One can’t underestimate how we, as human beings, engage in all of our senses,’ Winkler said. ‘At this stage, you can’t imagine that technology is capable of replicating a feeling that you have going to a summer festival with a summer breeze, in the proximity of your friends, with the taste of wine and beer and the consumption of music in a way that is maybe not perfect, but is embellished in the overall environment. That’s where this lockdown period has been a great experimental Petri dish for our industry. How much of this technology and this experience that we’ve discovered will we take on with us as we move out of this period? And how much will disappear because it just never really stood up to the overall desire to experience events live?’ 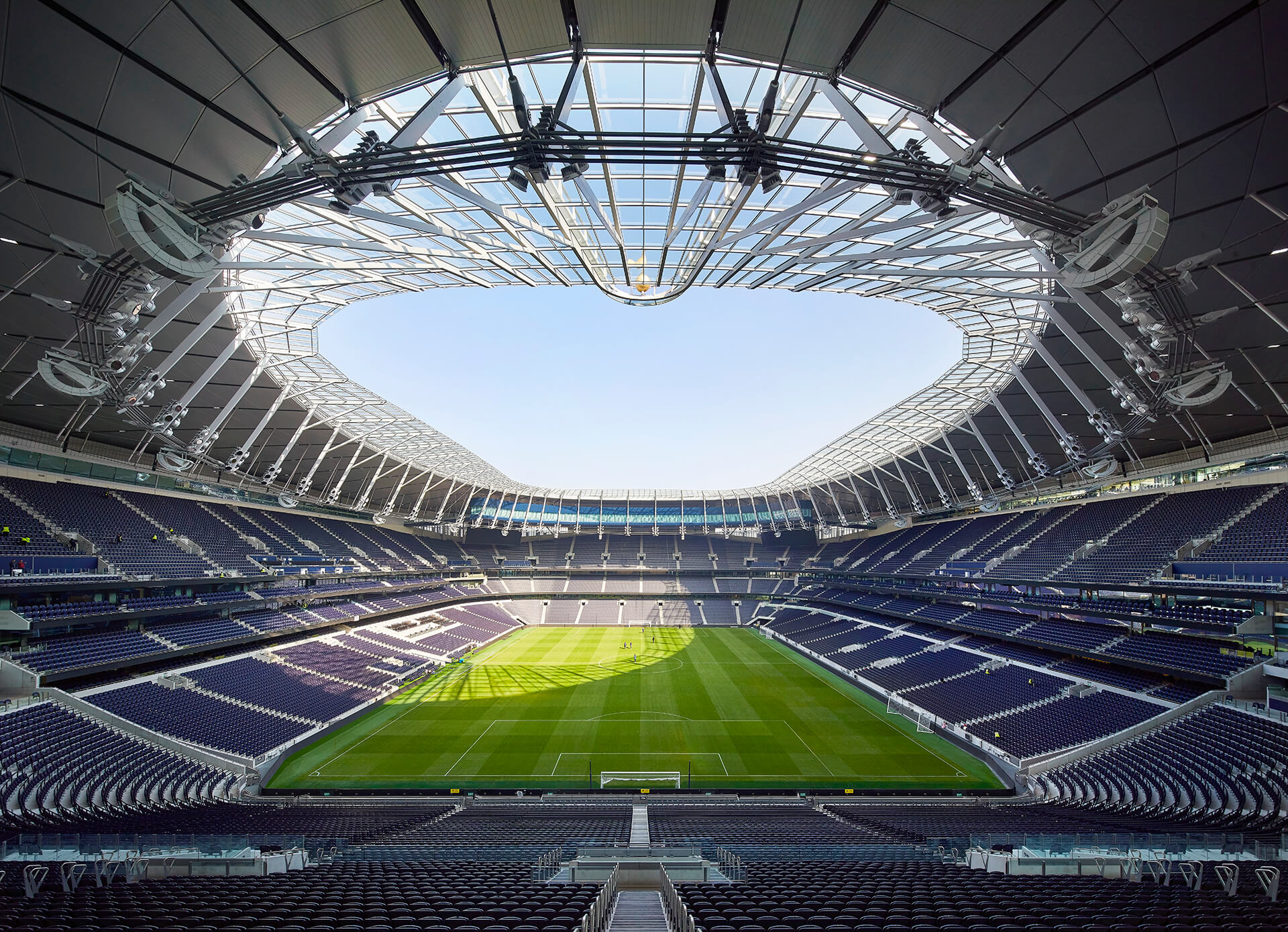 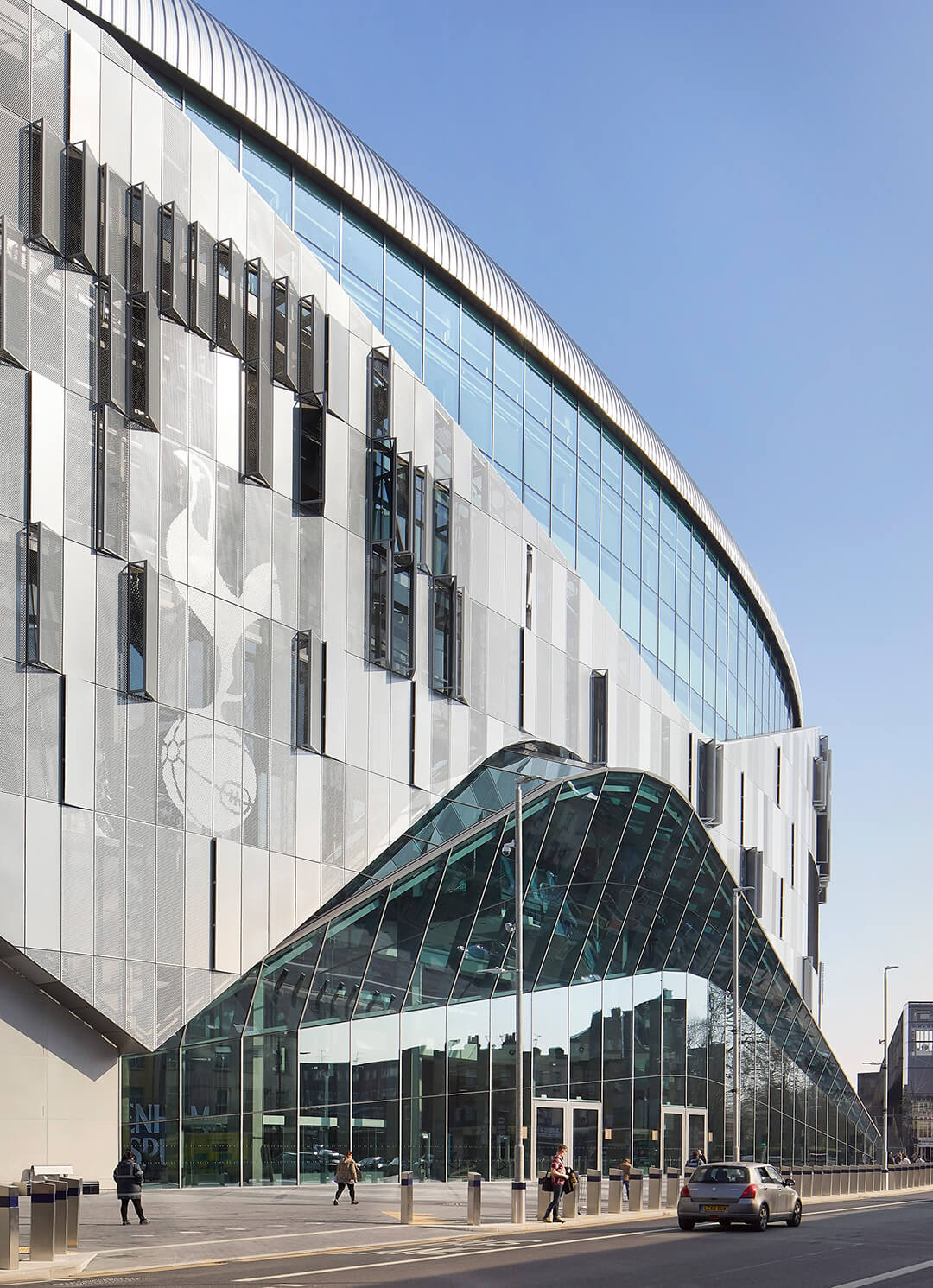 This prompted a question from Thiemann about production value: just how important is it for virtual audiences? ‘There’s a novelty in how we consume [these] particular events,’ Winkler replied. ‘Whether that will continue when we have the ability to consume in different platforms remains to be seen. The virtual world still hasn’t come up with a design language that does it justice,’ pointing to the fact that it still uses, and quite unnecessarily so, visual reference points for building from the physical world. ‘We’re in the midst of a renaissance on many levels,’ Lee said. ‘When we start talking about VR and events and how we can move forward into a future where we mix both remote and live audiences and performers, it starts getting really interesting.’ Noting the accelerated digital transformation that has taken place in the last three months, Lee believes that we’ll see an increasing ‘blurring between the virtual and the real’.

The short-term future of events will rely on the ‘decentralization’ of events, thinks Winkler. He compared two maps of London – one meant to convey a pre-pandemic event-scape, highlighting major venues, the other a post-pandemic schema showing a spread of different hosts across the city. In the latter plan, he said, ‘the audiences are still there, they’re just not congregating’. Many conversations have been had, he explained, about the future of the ‘distributed’ event.  ‘Underlying is the business incentive for holding these events in the first place,’ he said. ‘The dispersal of an event – which locations can physically allow this? A lot of the venues coming out of this lockdown will just not be able to cater for measures that need to be put in place.'

Lee gave some food for thought: ‘At which point in the business model do the arena, theatres and stadiums open up to a smaller crowd? And how can you incorporate the remote audience who would normally go that event, but can’t? We’re still very bound by the things we know.’ Surpassing this limitation depends on strategizing how the physical and digital event worlds can be merged.

As for the long-term future – ‘We only know that people want to come together and that they want to be safe,’ said Thiemann.  ‘I have seen the digital world fusing more and more with the physical world in my 25 years as an entertainment architect,’ explained Winkler. ‘We are allowing ourselves to look at this not as a cause for too much concern, but a springboard for opportunities as we move out of this era and into a new one.’ One of Stufish’s latest projects – an event concept called We Meet Again – imagines the ‘entire city of London as a venue, with the River Thames as a stage’. The occasion, if executed, will look back on the pandemic while paying tribute to the key workers and those lives lost. ‘We remain positive that we will come back to a future that is not too dissimilar from what we’ve experienced in the past in terms of our ability to move. We have reset and recalibrated some of our values,’ like our ‘responsibility to our fellow humans and environment.’

One of the biggest impacts of the pandemic is questioning what is going to make us, as consumers, confident to go back into these event spaces after it has gone

In fact, Winkler’s last comment is elemental to how Lee sees the next steps in event design. ‘One of the biggest impacts of the pandemic is questioning what is going to make us, as consumers, confident to go back into these event spaces after it has gone. How will it shape what we expect of both private and public spaces? There’s going to be a huge impact on the way we think about the buildings. Cleanliness and sanitization will be a key part of future event spaces.’ ‘Our current thinking is from “cradle to grave”,’ added Winkler. ‘We should be thinking about from “cradle to cradle”. When something “stops” it doesn’t stop just because it ends up in a landfill.’

And while COVID-19 has ‘underlined the need for integration of technology into event spaces’ for social and environmental needs alike, both Winkler and Lee insist that it is but a tool – not the foundation – for the post-pandemic future.  ‘Technology is still the tail – that does not wag the dog,’ mused Winkler.

Read about more past and upcoming #FrameLive events here.