Here’s a quick explainer: tech company Grammarly produces the type of intuitive proofreader that can quickly change ‘waming’ into ‘warming’ in your tweets. With offices in San Francisco, New York and Kiev, the combined shifts in the global operation run 24 hours per day. So, when the Ukraine crew grew to the point of needing a new office space, employees asked for a few upgrades that would allow them to better manage their working hours – namely, some nap rooms.

This being a tech company, the FREE/OCCUPIED lights activate via weighing sensors placed under the mattresses

The resulting space, designed by local firm Balbek Bureau, indeed includes three napping stations. ‘It was the client’s need to include the nap rooms, because this is the way the company shows how it appreciates its employees and invests in their high performance and productivity,’ explained Andrii Berezynskyi, the project’s lead designer. According to Grammarly’s administrative happiness manager – yes, that’s the actual position title – the pods are helpful for team members who come to the office straight after a trip or after a sleepless night courtesy of a new baby. 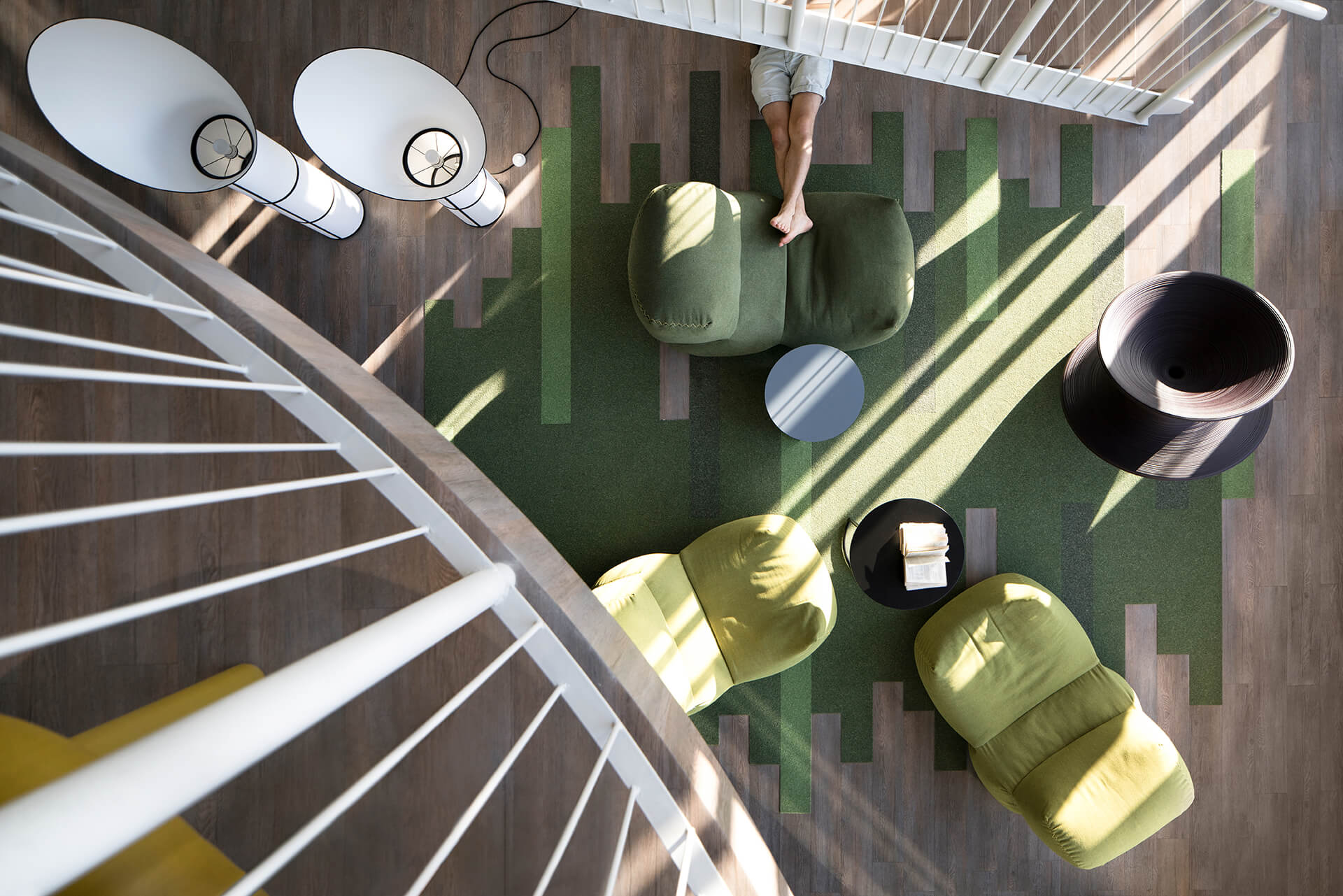 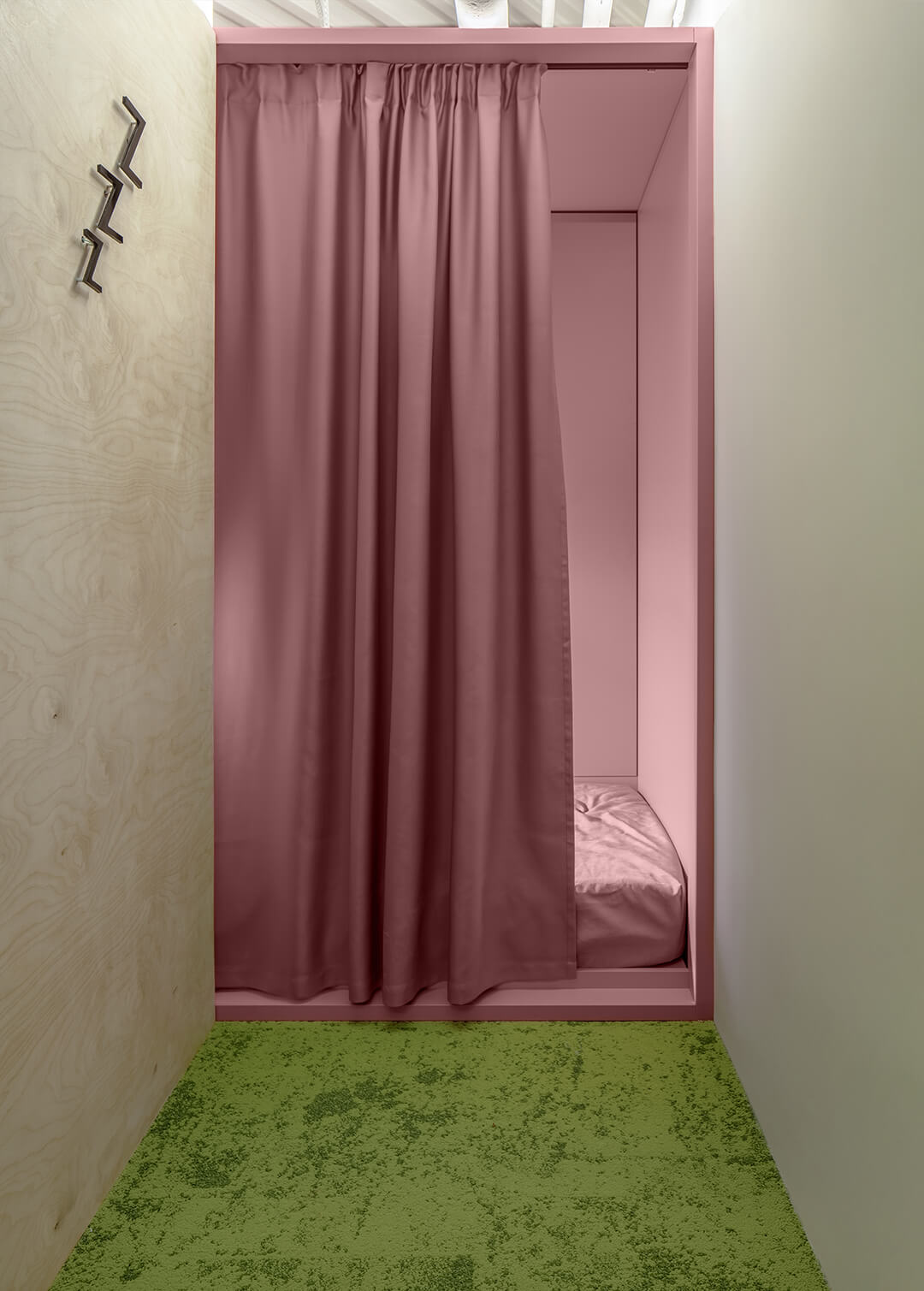 The three pods are shielded from the outside light using curtains, but this being a tech company, the FREE/OCCUPIED lights activate via weighing sensors placed under the mattresses. That element was important: as sleep-deprived people aren’t known for minding details, these sensors do the work for them and avoid unwanted interruptions. They can then rest their heads on pillows with disposable covers, and use bedsheets and duvets that are frequently changed for hygiene.

But this isn’t the only lounge spot in the 450-sq-m space: there are 21 relaxation zones in total. As there were two floors available, the Balbek team placed the work spaces on the lower level, with the leisure ones on the top floor connected via a 90-m suspension bridge. The upper floor thus includes a library, a fireplace lounge and a soundproof room where employees can play instruments or watch videos. 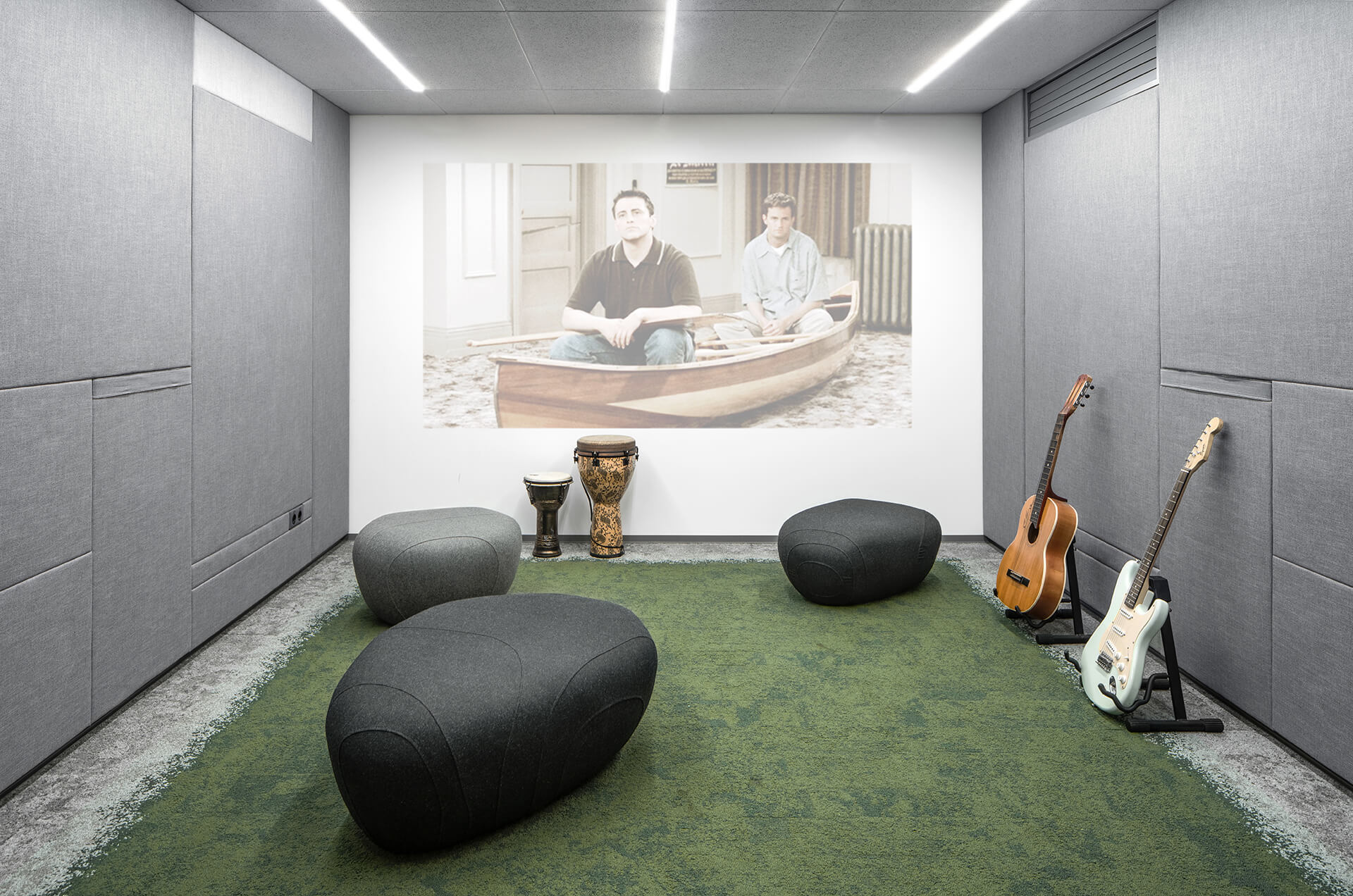 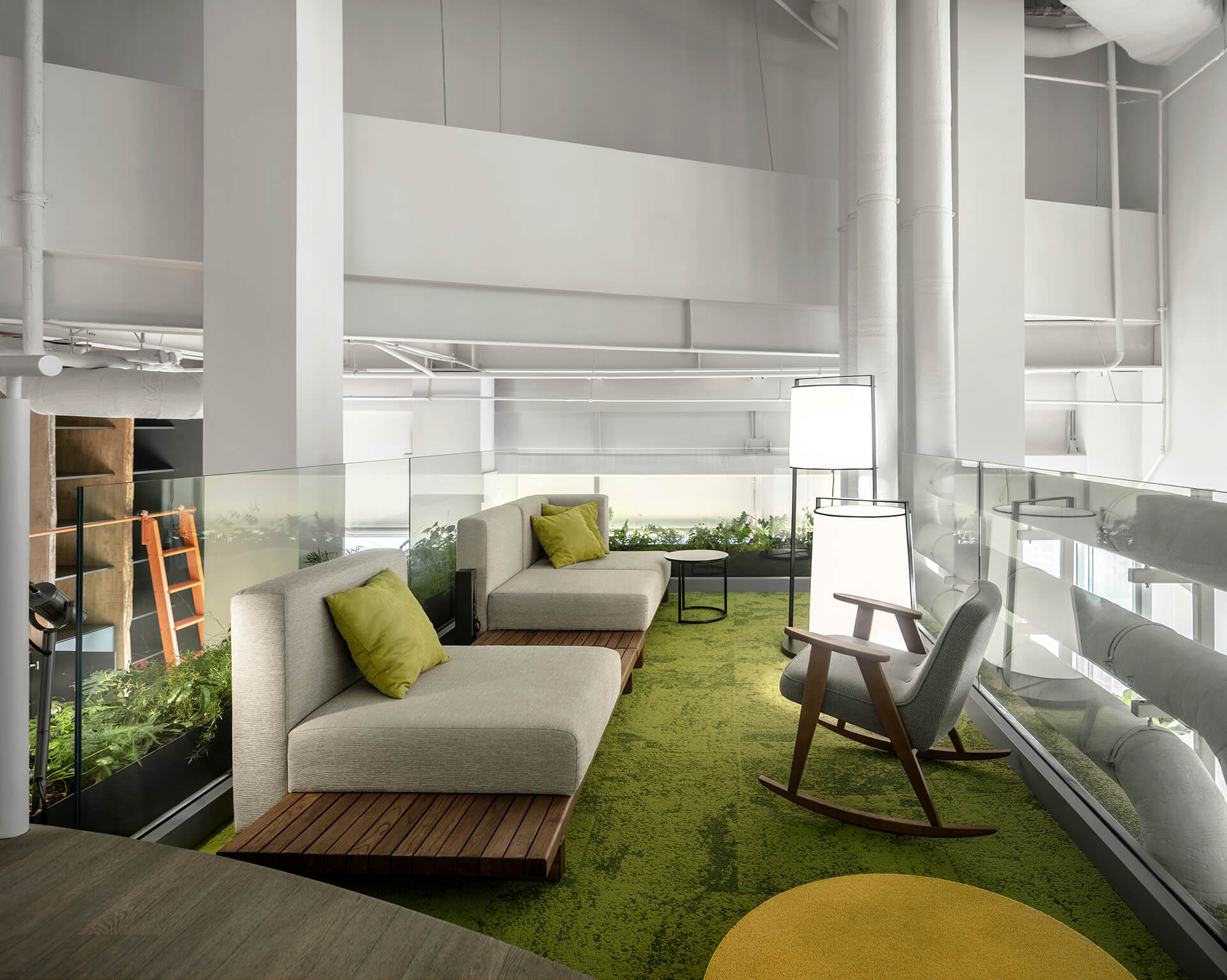 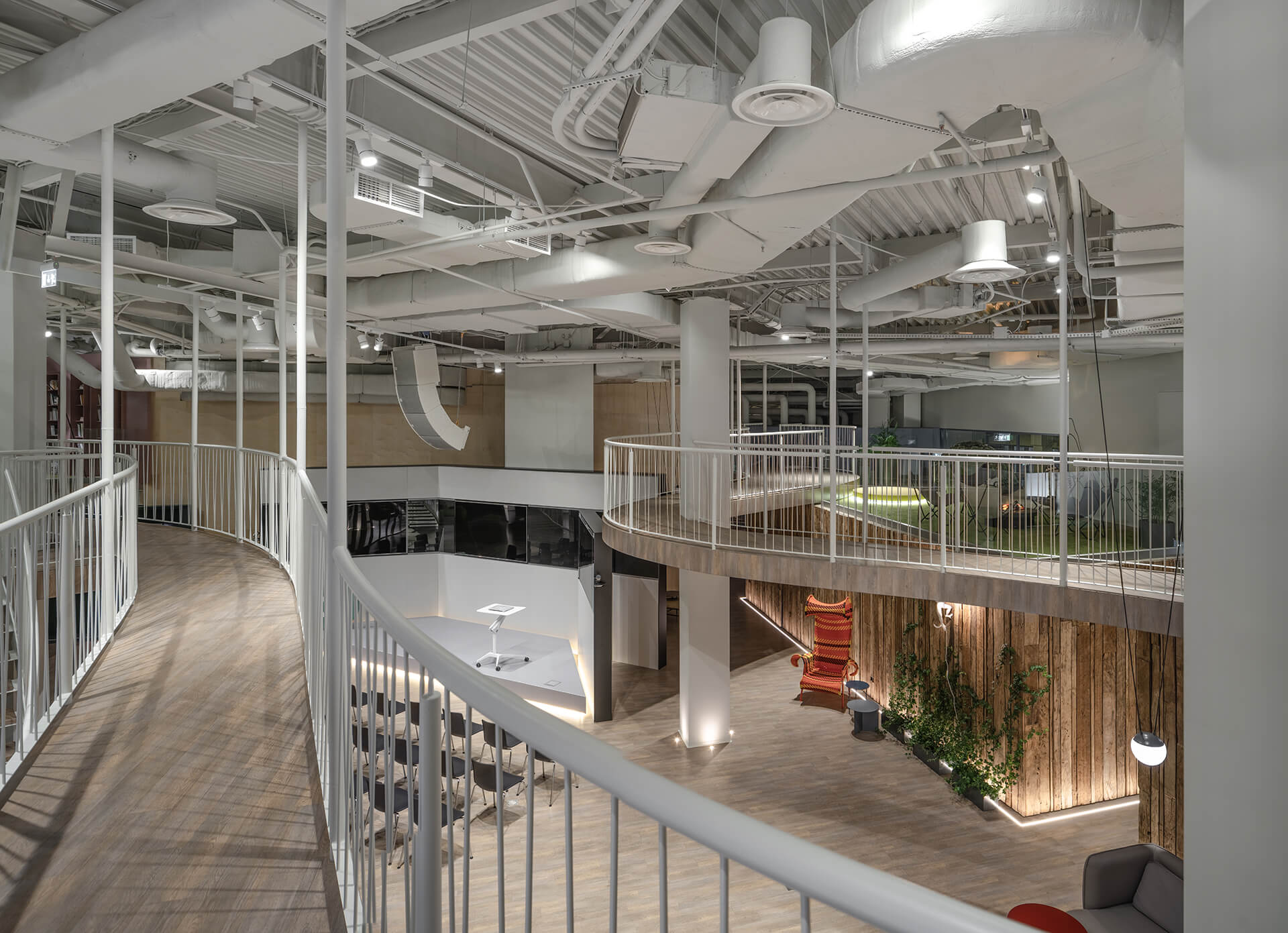 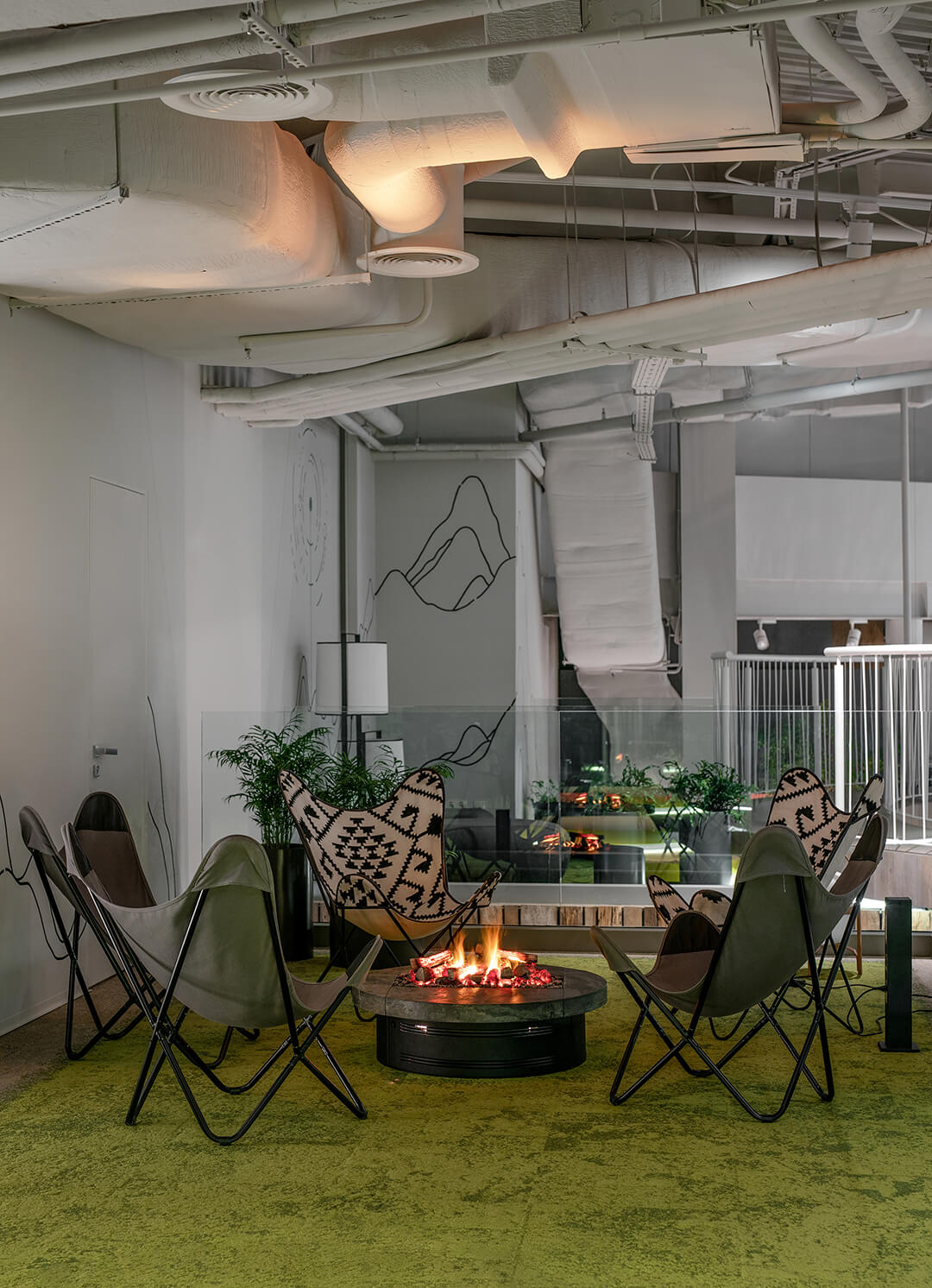 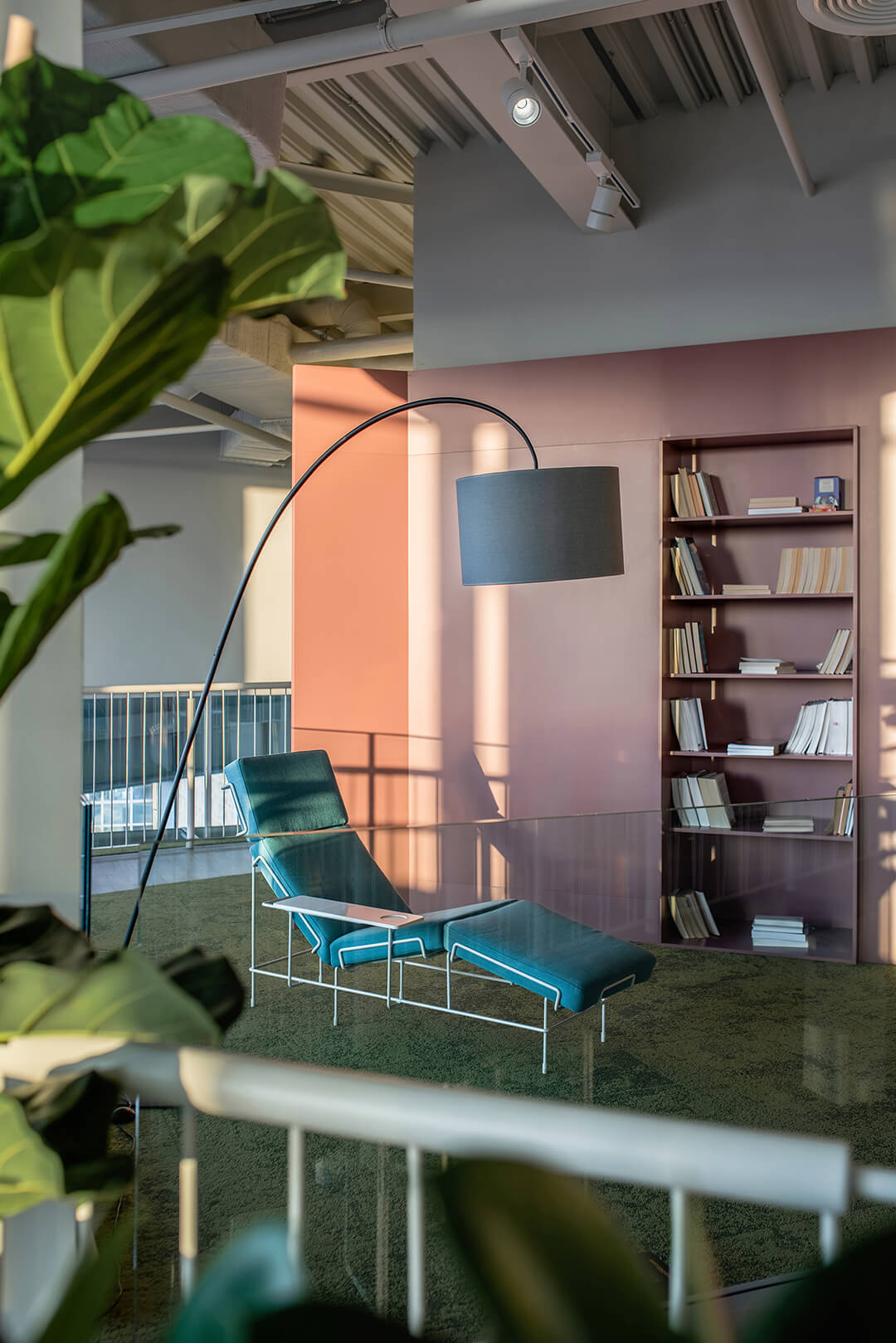 Berezynskyi also designed a bespoke table model in collaboration with the team, so as to improve employee satisfaction. Oh, and Balbek Bureau also included rocking chairs. Several. In other words, it seems your schoolteachers were right: proper grammar does pay off.