Ranking fourth in the world in terms of population, Mexico City stands geographically and socially divided. With a reputation for corruption and crime, it derives around eight per cent of its GDP (and rising) from the creative industries, with over half of its population under the age of 26.

This megalopolis is one of the world’s most exciting and progressive cities; passionately redefining itself to further individual and social freedom. So how does a government, chained by bureaucracy and shackled by poor public image shift from being an unbending, impenetrable beast to becoming agile and relevant? Enter Laboratorio para la Ciudad, Mexico City’s urban skunkworks and creative think-tank of the local government.

The lab is led by Gabriella Gómez Mont – previously a journalist, documentary film maker, experimental curator and visual artist – who has strong hopes that it will heal social divisions by harnessing the city’s youth and energy to improve civic life. The modus operandi is to assemble diverse minds and apply fresh approaches to frame and crack existing problems in new ways. 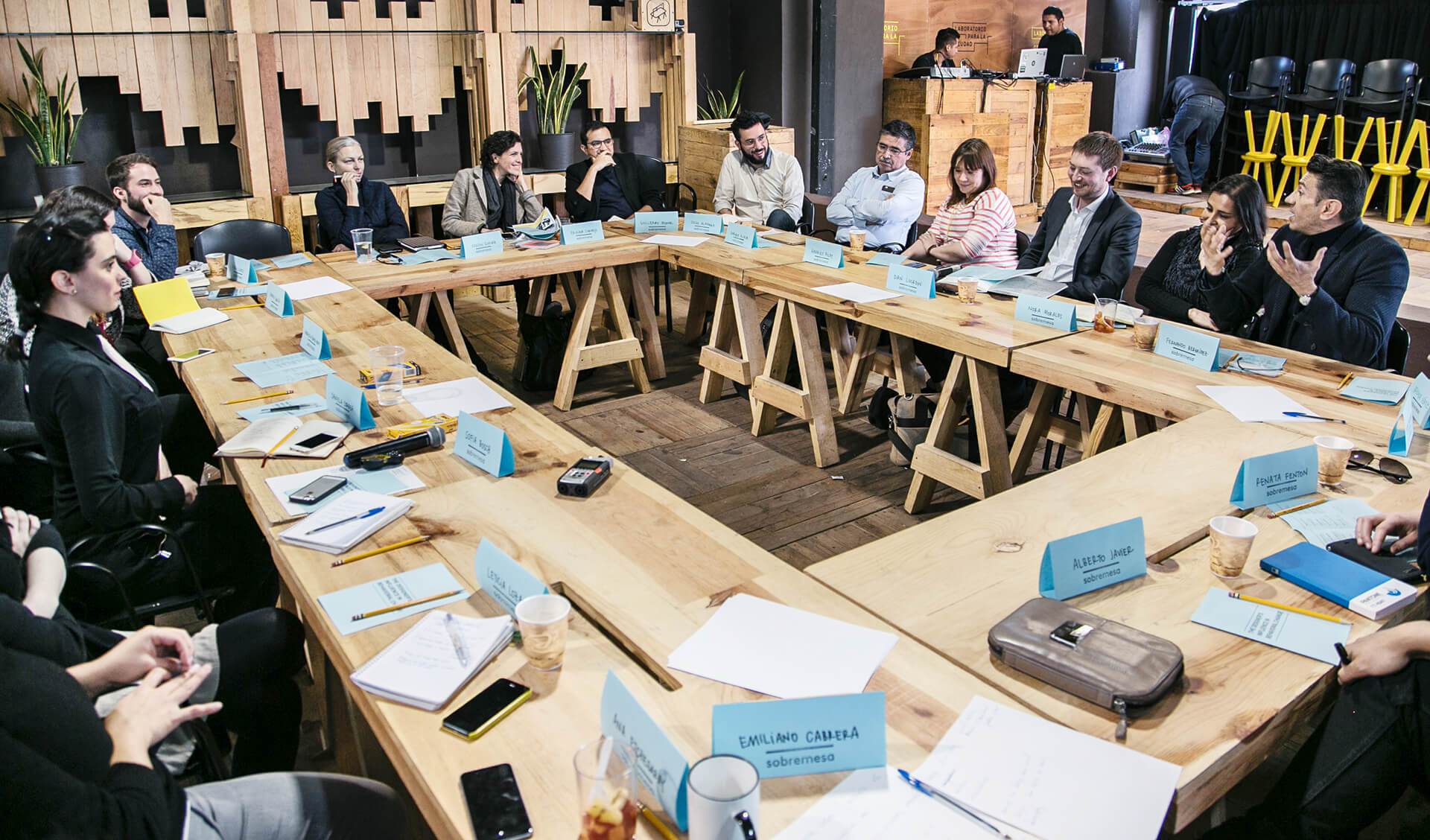 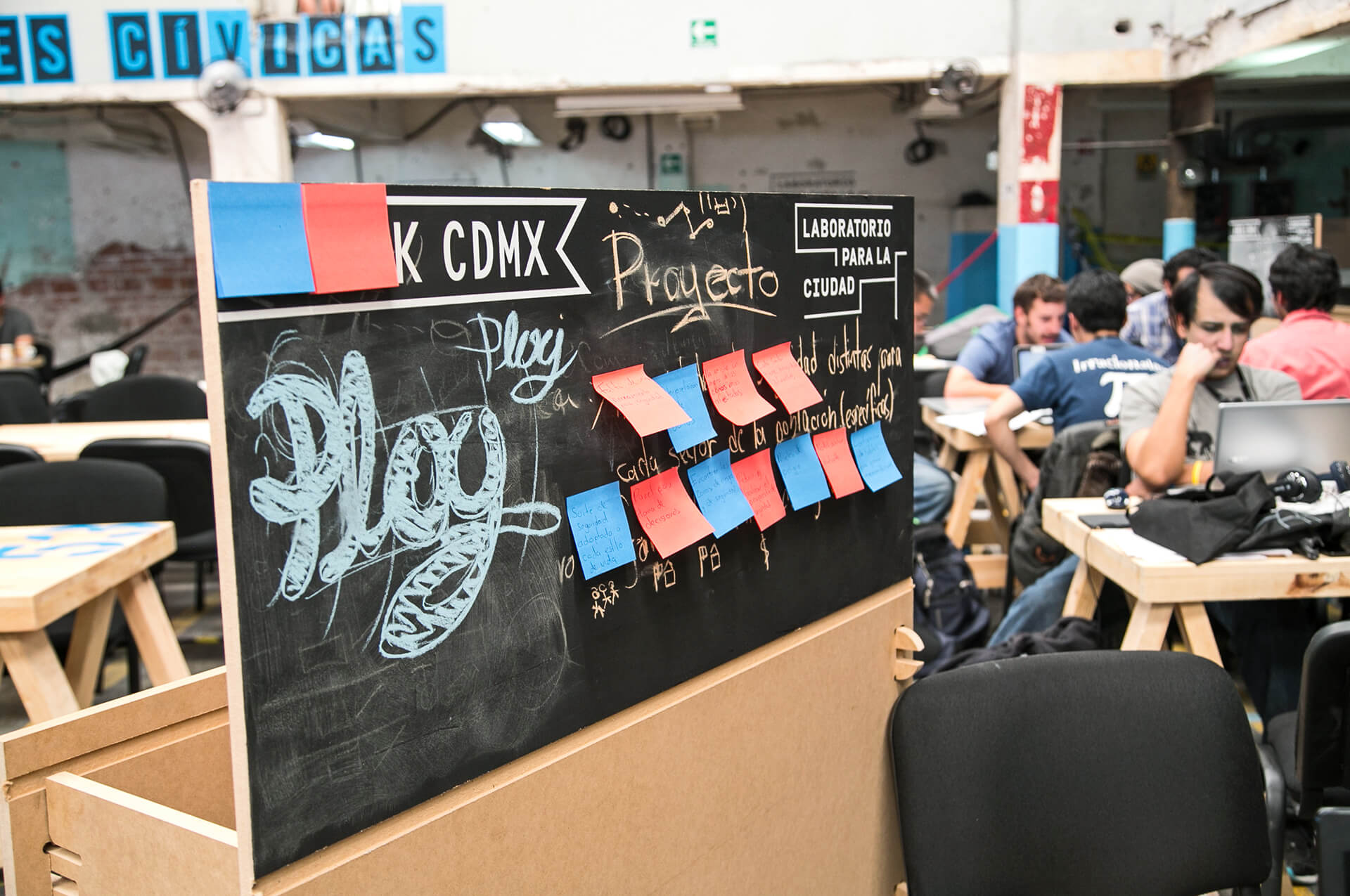 With mayoral support, Gómez Mont was charged in 2012 to propose a new type of city department that would support an urban experimental lab to harness diverse perspectives, applying them to real city problems. She recalls, ‘I’ve always worked in a multidisciplinary way but it was just related to the creative fields. This time, the challenge was trying to figure out what happens when you bring in scientists, city people and other disciplines into a conversation that was related to one of my biggest artistic desires: Mexico City itself.’

Today, Laboratorio para la Ciudad (which translates as ‘laboratory of the city’) is living up to its incipient dreams: to foster civic innovation by reimagining platforms where government and civic society can collaborate differently and harness urban creativity. With 54 per cent of the world’s population in cities (predicted to rise to almost 70 per cent by 2075), 90 per cent of the cities born now will be from emerging cities such as Mexico City, so the work here is profoundly important.

The lab applies creative methodologies – in the form of experiments – to thinking about the challenges and the possibilities of Mexico City. Every experiment always includes input from both government and citizens, along with people from different ministries and industries, as Gómez Mont explains, ‘we bring in fantastic people from different fields and we also bring different types of citizen talent to the discussion on the projects. We work with the premise that one of the most underutilised resources in a place like Mexico City is its citizen power.’

The lab becomes a facilitator, creating a link between government and civil society; being an experimental entity and working across so many different problems, possibilities and with so many options, the lab’s specialism itself is in exploring the gaps, ‘not necessarily a specialist in a certain subject but rather a specialist in methodologies, thinking about things from different objectives and figuring out what the gaps are and being able to explore that.’

Home to a young, disciplinary team of about 20 people – made up of designers, artists, historians, journalists, urban geographers, artificial intelligence experts, international relationships, civic tech, social innovation, humanities and film makers, etc. who ‘try out different things and slightly quirky methodologies’ and ‘start conversations that are not necessarily happening in government’ – the lab is in a unique position to host such a varied audience.

As the team leader explains, ‘one of the conundrums I figured out quite quickly is that on the one hand we expect governments to be very solid and sure-footed and on the other hand we often feel that they are behind the times. There are possibilities out there, in academia or in companies, but they’re often very slow. So this is where the lab comes in. We are designed to be more agile and take risks – to let the government care about itself and the city to be able to experiment itself.’ 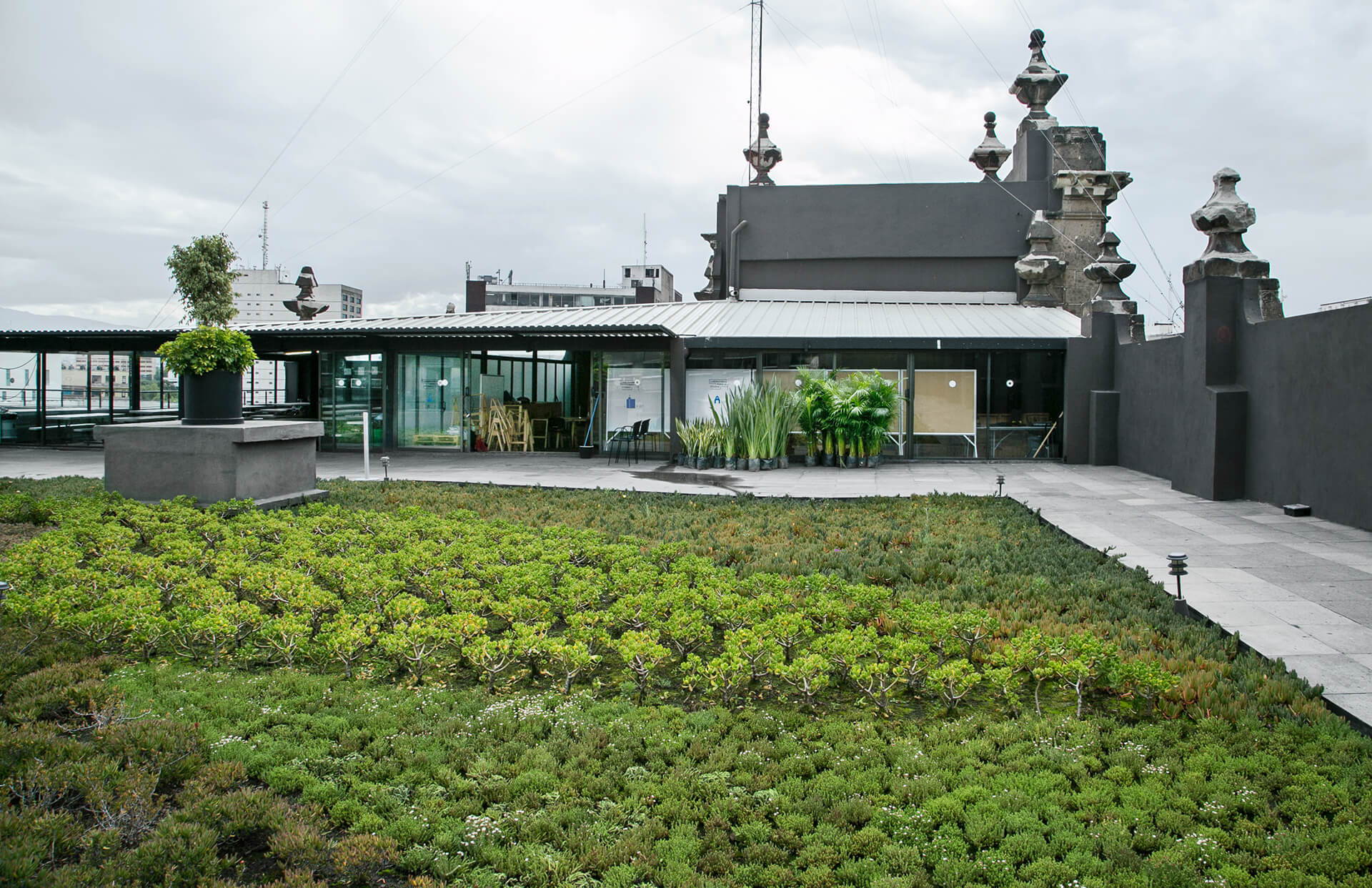 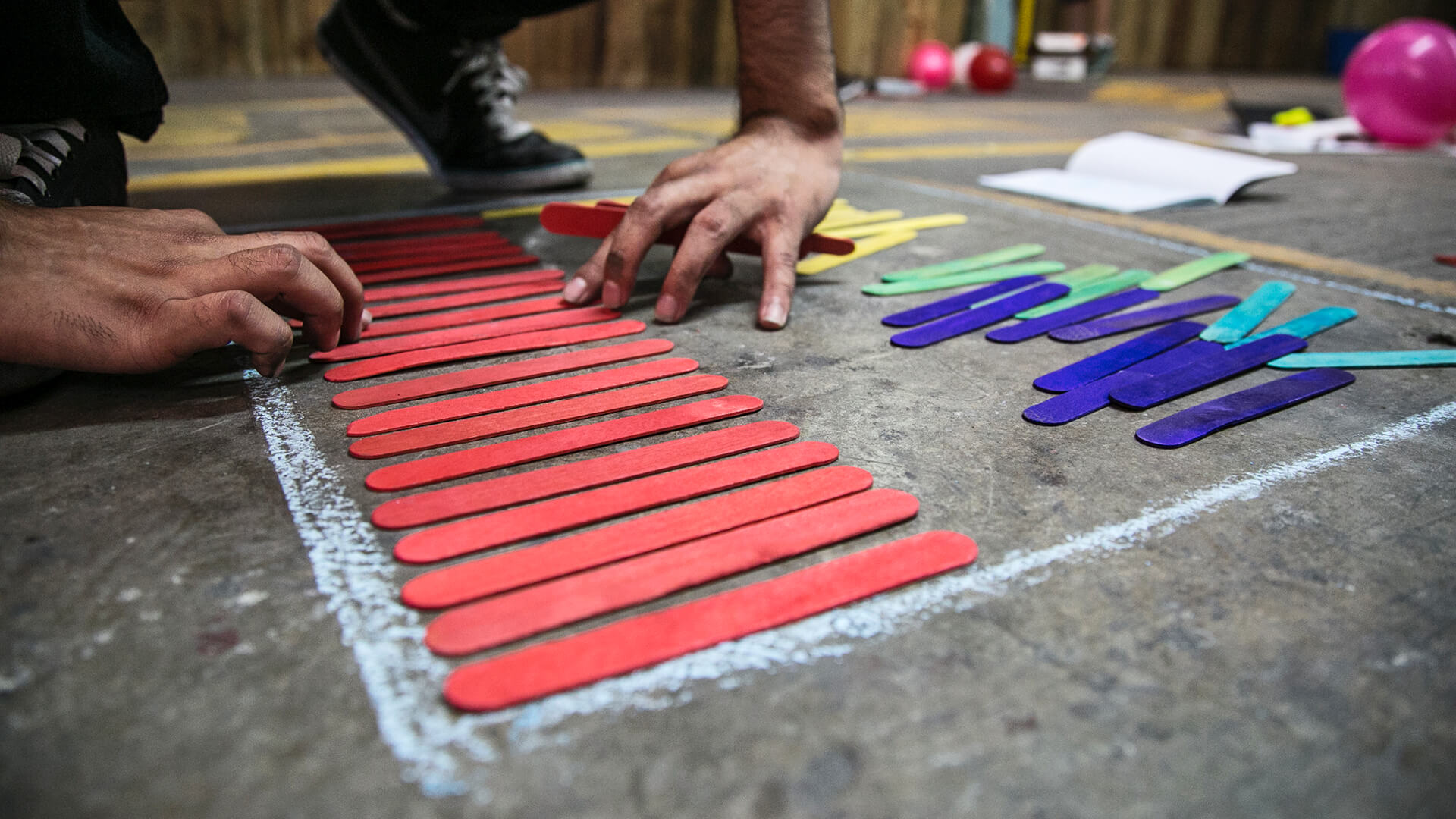 The work carried out here includes everything from helping to create good international practices with data, thinking about policies, passing laws (a dynamic one has just been passed called the open city law) and constructing frameworks. One huge success has been a system to enhance the city’s microbus network, which sees almost 70 per cent of the population using it daily, even though commuters previously had to navigate it without any form of route map. Leveraging the city’s most abundant resource, its citizens, through open-sourced gamification, almost 700 teams of 3000 people completed a full map of the system in just two weeks, traversing a distance equivalent to 1.4 times the circumference of the globe and taking up the equivalent of 400 mapping days.

Moreover, other cities are borrowing the technologies developed to create this map to chart their own public transport systems in the same way. This result would have been difficult for the Ministry of Mobility to conceive; it’s a bit too quirky as an approach and if approached in the traditional way would have cost millions of dollars for consultation.

In a very short time, the lab has made significant progress in breaking down barriers that have existed for decades. Gómez Mont remarks that ‘there’s a huge mistrust between citizens and institutions but we’ve seen people shift expectations, allowing possibilities come into the conversation.’ A parallel paradox to this citizen mistrust is an ever-growing interest of the city in and of itself, with an increasing amount of people volunteering and participating in neighbourhood events, not necessarily out of anything but a certain sense of engagement.

The space has been instrumental to this, in the opening up of government buildings which previously had a certain intentionality to them: ‘In a way, one has to think about opening up places that can be continuously rethought and repurposed. We should be thinking about space in terms of the behaviours it inspires people to adopt – and what it would be to have something that betters the ethos that one wants in terms of how public officials can interface with their citizens?’ With the aim of attracting people to the lab and its endeavours, it’s important to Gómez Mont that the government ceases to be viewed at arm’s length, a symbol of authority and restraint, but more as a ‘city-making machine’.

Whilst small and still in its infancy, Laboratorio para la Ciudad is beginning to make government exciting and accessible. A physical as well as metaphorical structure that covers the whole city, it is developing relationships with diverse minds and diverse people who are having an effect on current and future aspects of city life, and the rules of engagement of how people live and play together as a society.

This is an abridged version of the case study featured in Spaces for Innovation: The Design and Science of Inspiring Environments. The book, written by Kursty Groves and Oliver Marlow, is available in our web store.