Followers of Frame are by now likely acquainted with the work of Chinese studio X+Living. The team of designers bring a larger-than-life look to a wide array of spaces, delivering fantastical interpretations of cinemas, restaurants, stores, co-working venues and more. For founder Li Xiang, the name of the game is to bring experiences forward through the development of creative, novel spaces. It’s a mission expressed consistently throughout the studio’s body of work – and they’ve recently shown what can happen when that thought process is introduced in the residential realm.

Asked by Chinese television show Dream Home to plan a total renovation for a family of four, Xiang set out to work on a 62-m2 apartment in Shanghai.  Dream Home selects ‘ordinary families with housing problems throughout the country’, entrusting designers to give these families what its name promises. To complete the project, Xiang explored how art could ‘intervene in a daily living space’, seeking to present a ‘new interpretation of lifestyle’, according to a spokesperson. 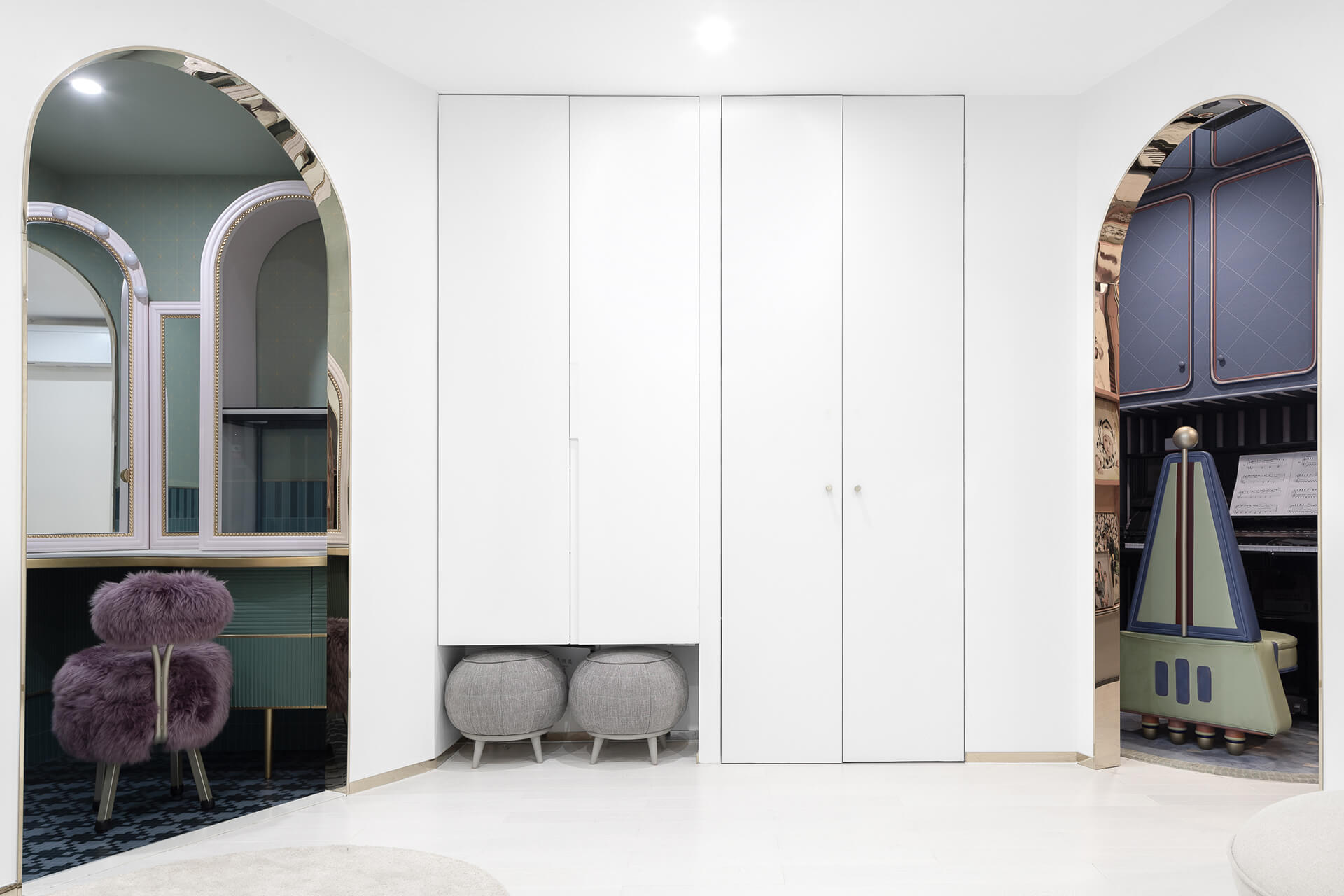 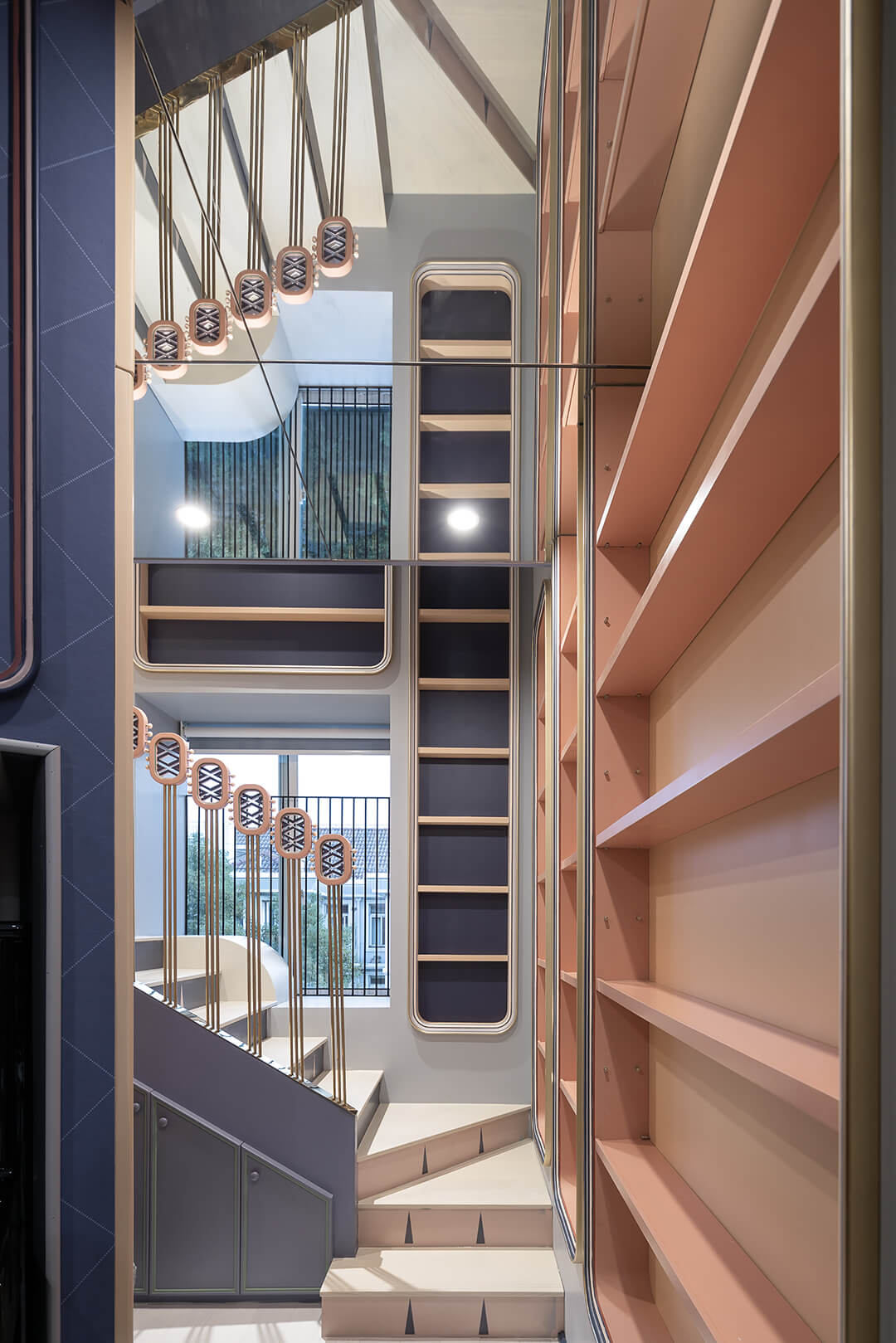 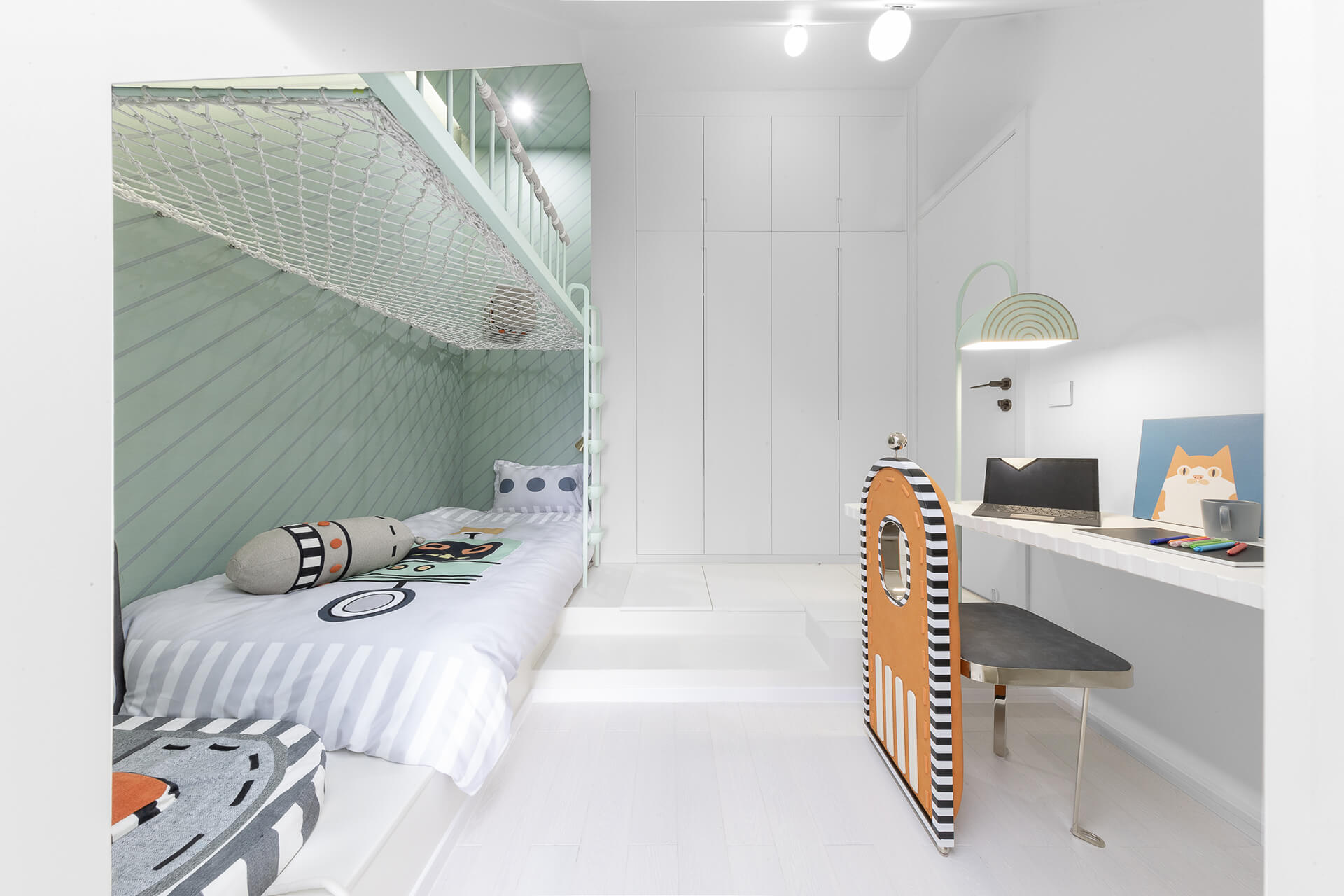 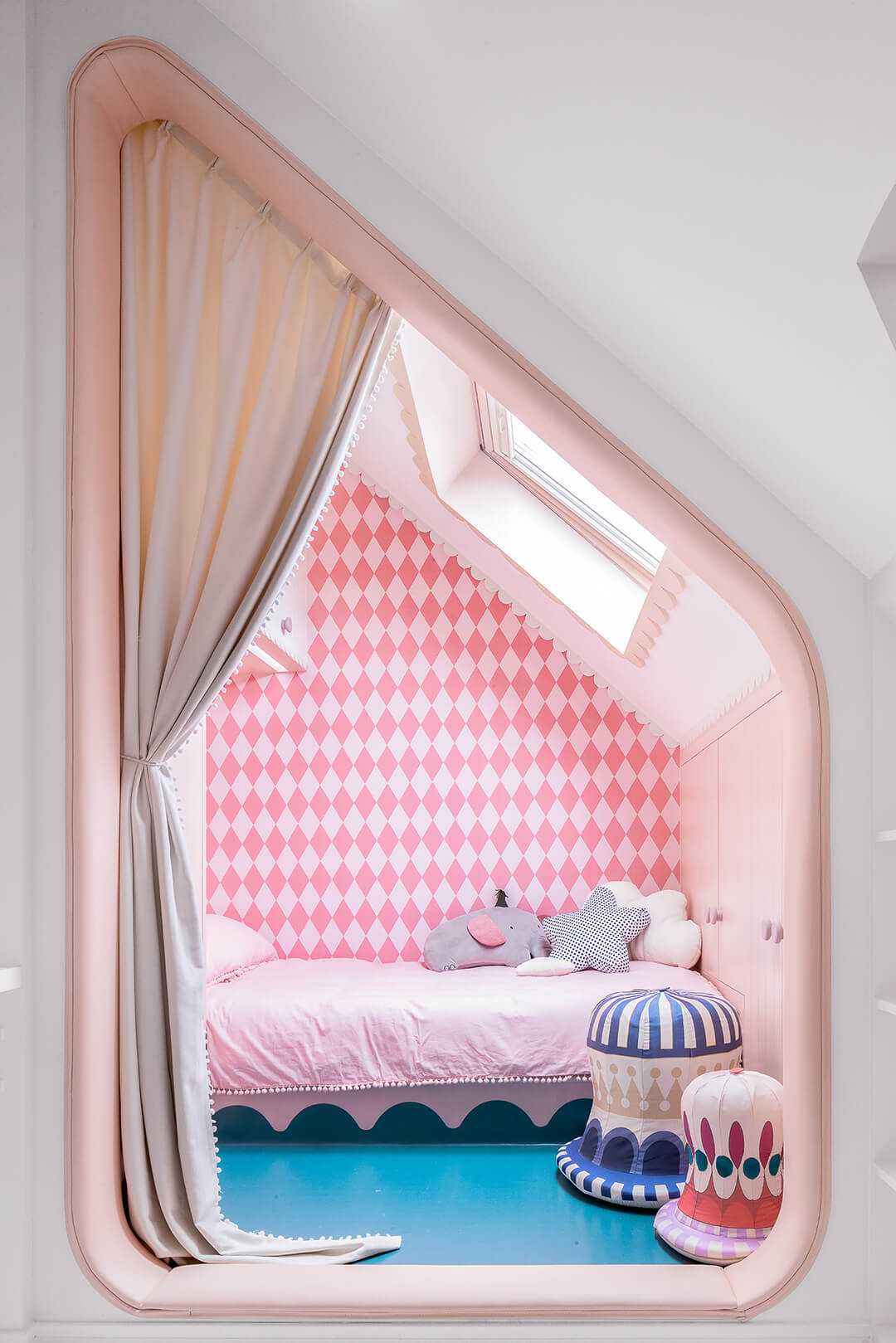 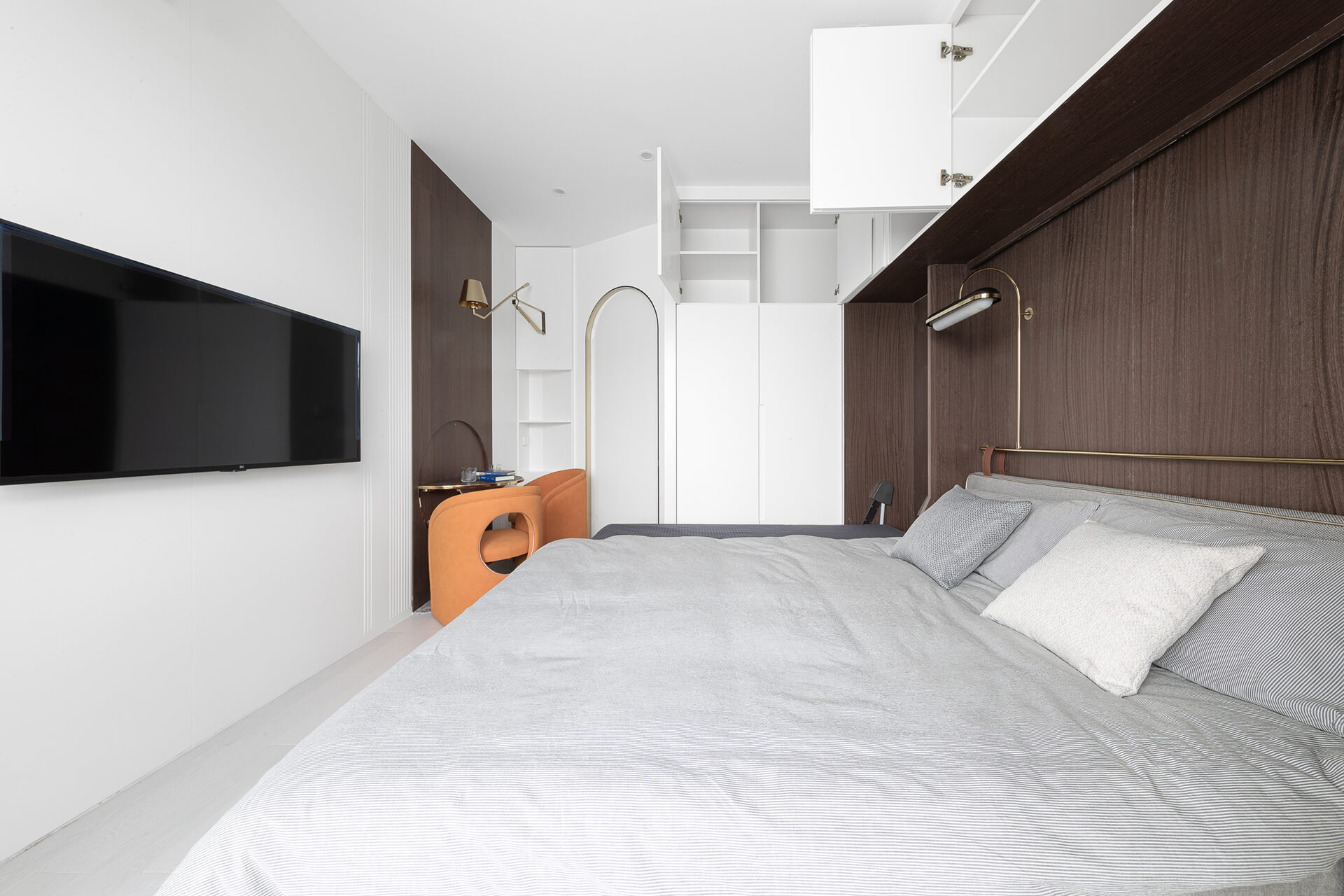 First, two partition walls original to the home were removed to expand the living area, its four corners ‘cut’ to separate functional areas that had before been gathered in one room. This intervention resulted in an octagon-shaped space. Xiang then scaled the apartment once more, building four arched doorways for different rooms. Each is decorated in a separate colour – red, orange, blue and green – offset by surrounding crisp white surfaces. The designer sees these archways as ‘frames for four “spatial paintings”’. Aesthetic tropes inspired by fairy tales are recurrent in X+Living’s spaces, and the Shanghai apartment is no exception. This is apparent not only in the children’s robot and princess themed rooms, though, but uniquely, in some form throughout the whole apartment. The majority of the furnishings – made bespoke for the family – were designed to visually challenge pieces traditionally found in the home space.

The apartment’s layout and the versatility of this furniture make it so that the homeowner can adjust placement as needed, accommodating different functions like dining and gathering. What’s more, it accommodates the needs of the individual users of the house: set in an oblique corner space, the master bedroom offers a nook of privacy for the parents and a corner staircase was transformed into a small study and recreation space for the children, whose rooms are built in the apartment’s attic.

‘This space not only covers the big vision of design thinking, but also contains beautiful small frame scenes, which hides the great philosophy of artistic life.’