The story of a bankrupt textile factory continues with h2o Architectes

Parisian firm h2o Architectes has completed the renovation of a historical warehouse in the south of France. Originally constructed in 1855 by industrial developer Noël Sanial, the site housed a textile factory until its bankruptcy 20 years later. At this point, it was bought by the state. The renovation project refers to the R Buildings – two warehouse structures which were added to the complex in 1914 when the site was transformed into a national cartridge factory during the war. The recently-completed project expands that footprint, allowing its creative tenants to make full use of the industrial space. 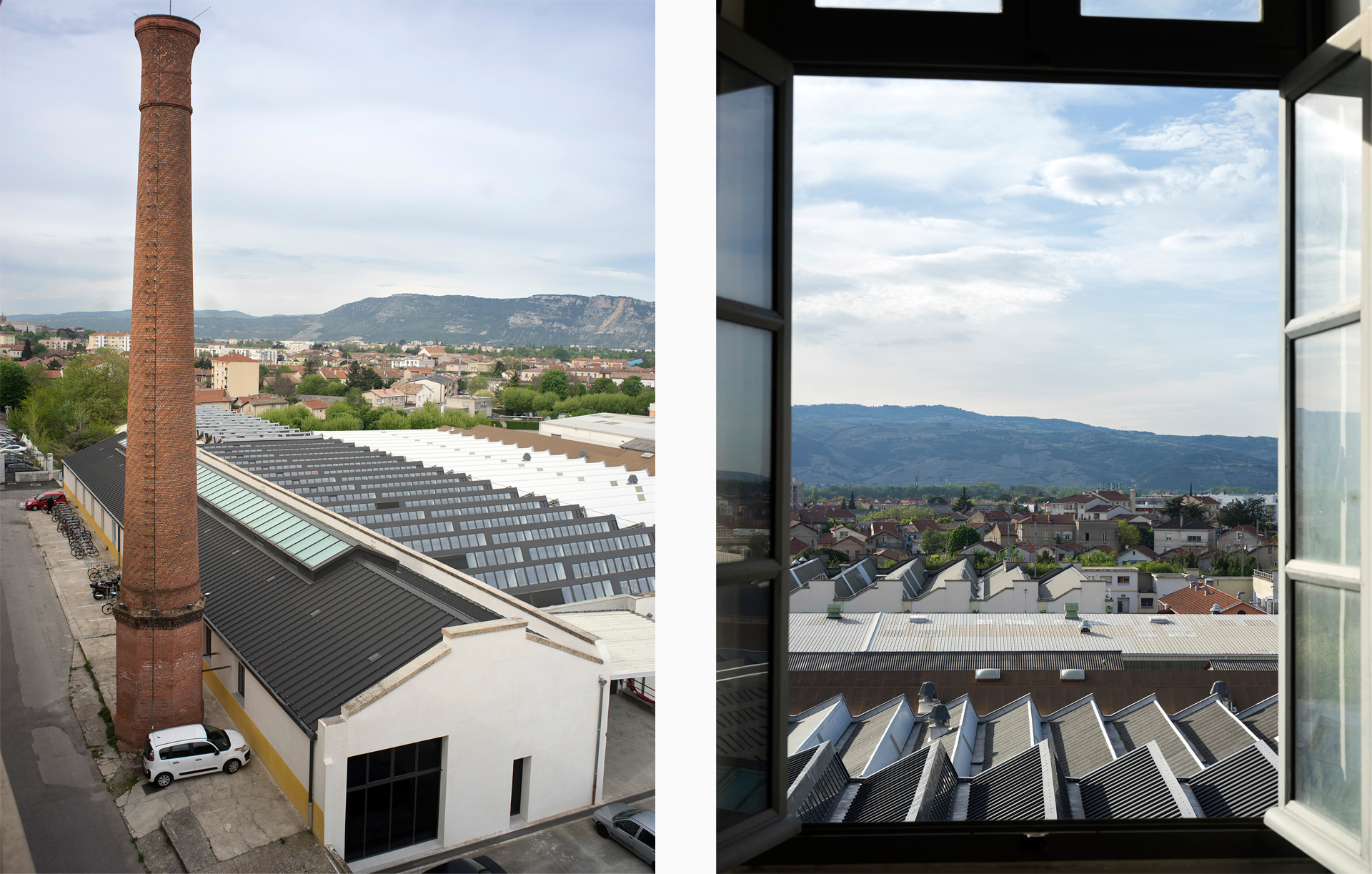 The warehouse was awarded historical monument status in February 2003 in order to save it from demolition. ‘In 2009, the city developed the older buildings into workspaces for film and animation companies,’ recalls project architect Antoine Santiard. ‘Due to the success of the building’s new use, they continued into a second phase of transformation – that’s where our project comes in.’ 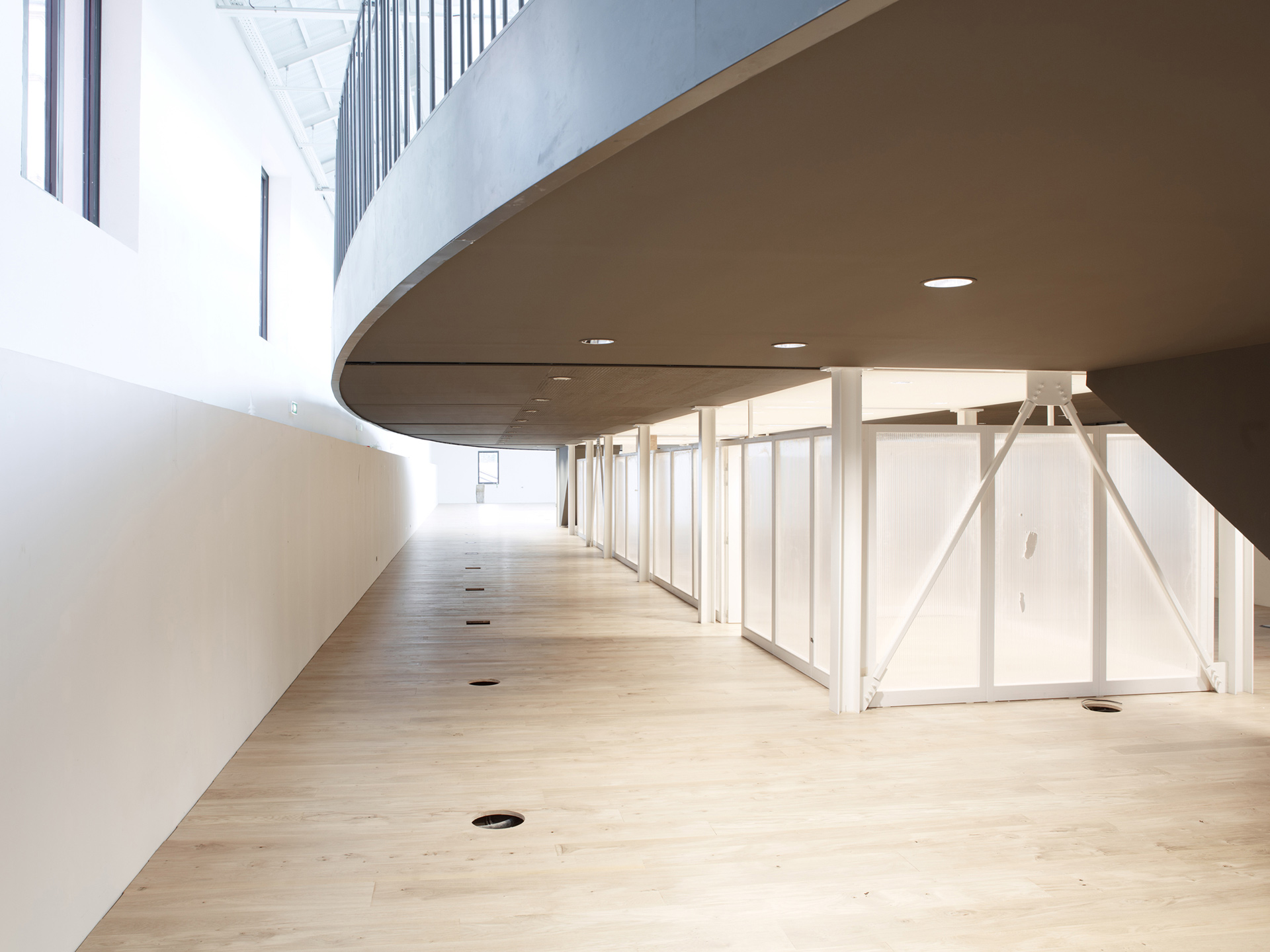 Renovation stories often end one of two ways: restoration of the historical structure to its original state; or adaptation to the existing building with a contrasting intervention or non-loadbearing installation. The R Buildings presented h2o Architectes with the challenge of transforming two large, run-down voids in need of rehabilitation. The outer shell of the factory building has been completely refurbished which a replacement roof, glass covering and new façade. Internally, the space has been livened up with a fresh white finish and a self-supporting, elliptical mezzanine, which creates a secondary level above a large section of the main (R1) hall. The secondary area (R2) features brightly-coloured collaborative spaces and communal rooms for sharing ideas and coffee breaks. 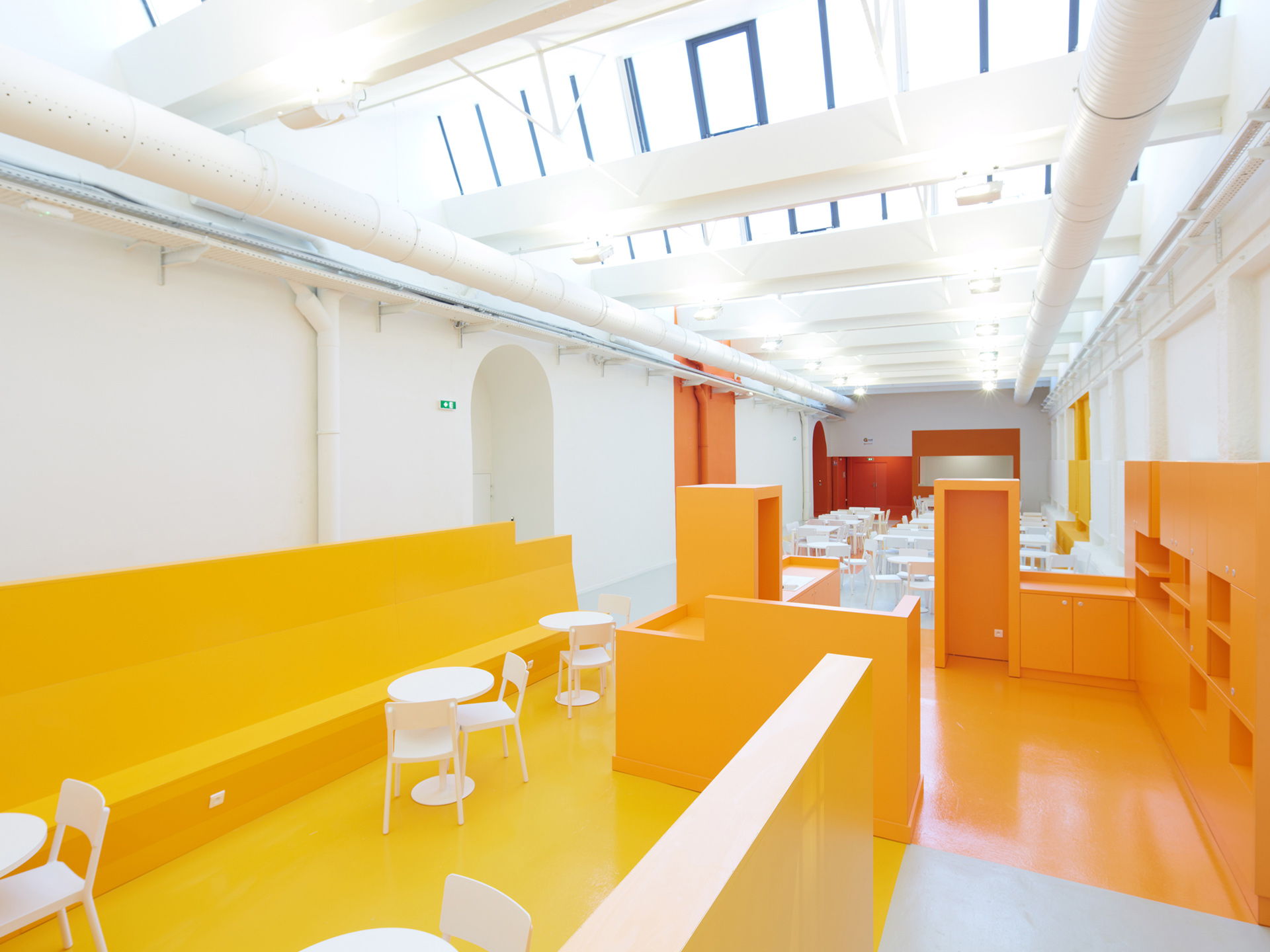 The tapestry of the building’s history is woven into its architectural fabric and h2o’s renovation to the property is subtly considered and demonstrates an unobtrusive dialogue with the existing structure. ‘We often work on these kinds of sensible and qualitative sites,’ Santiard concludes. ‘The only restrictions were the ones we gave ourselves. In this context, we felt that it was more important to create a new, complementary and coherent whole, rather than a confrontation between old and new.’ 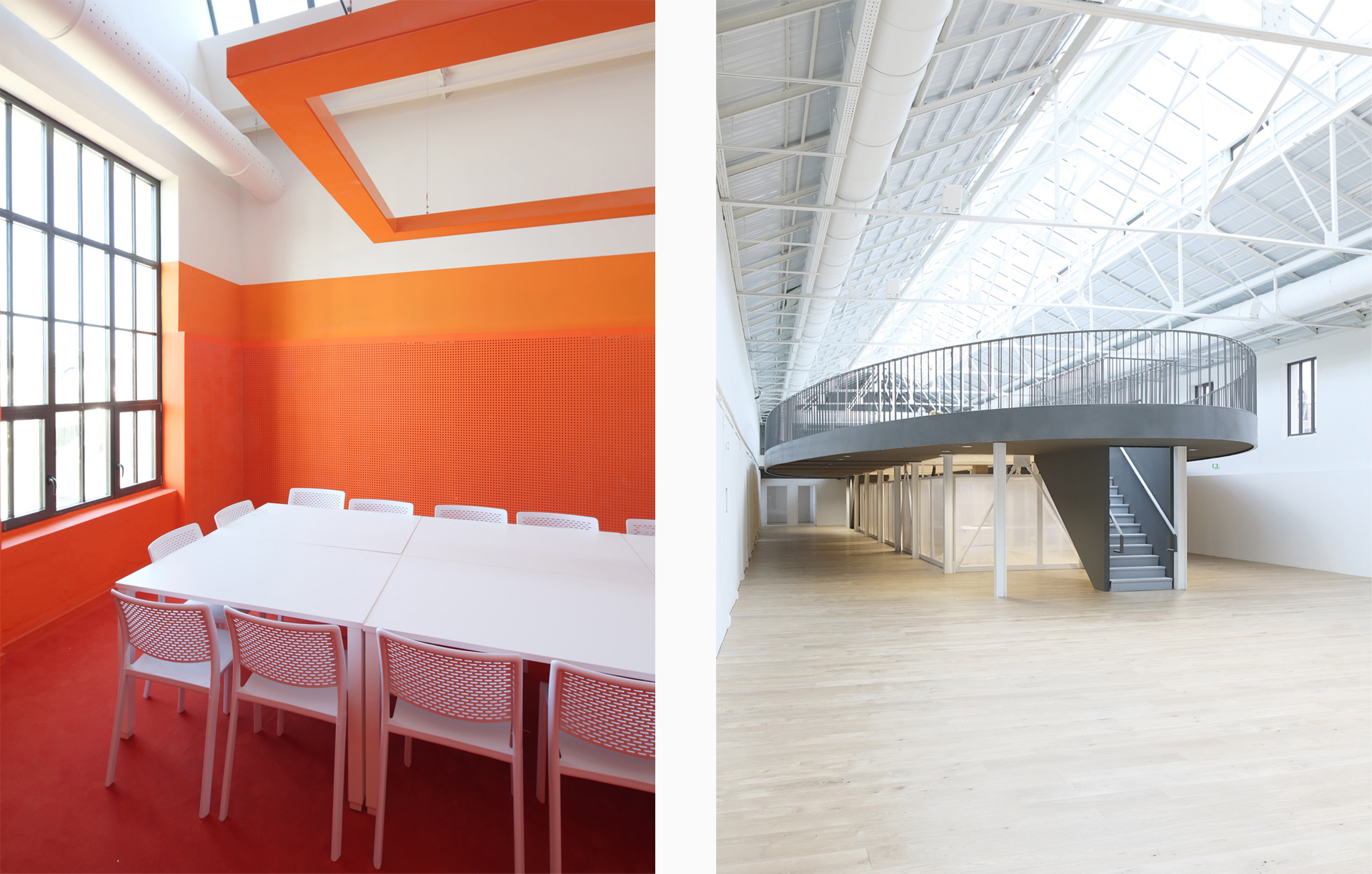 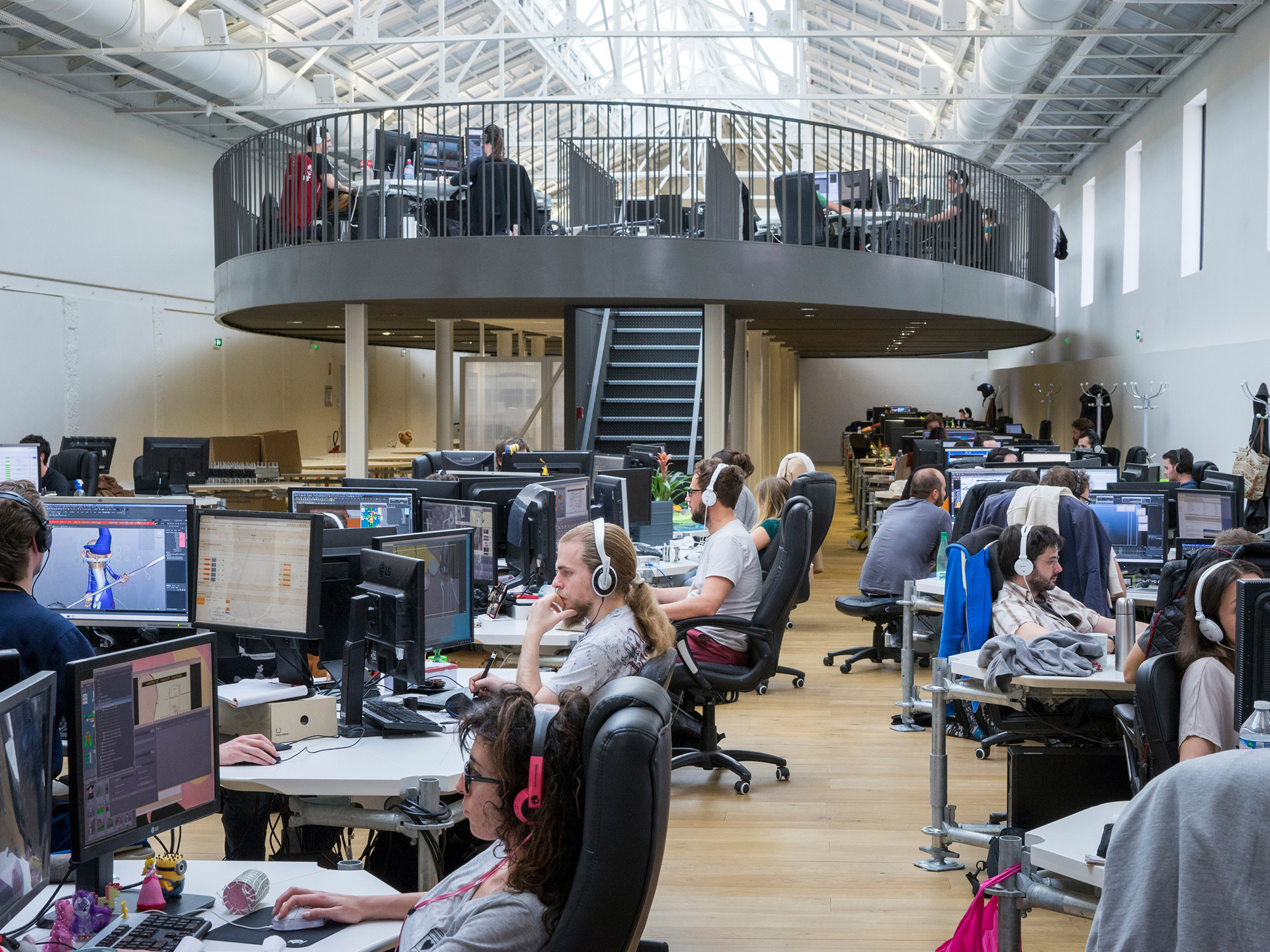 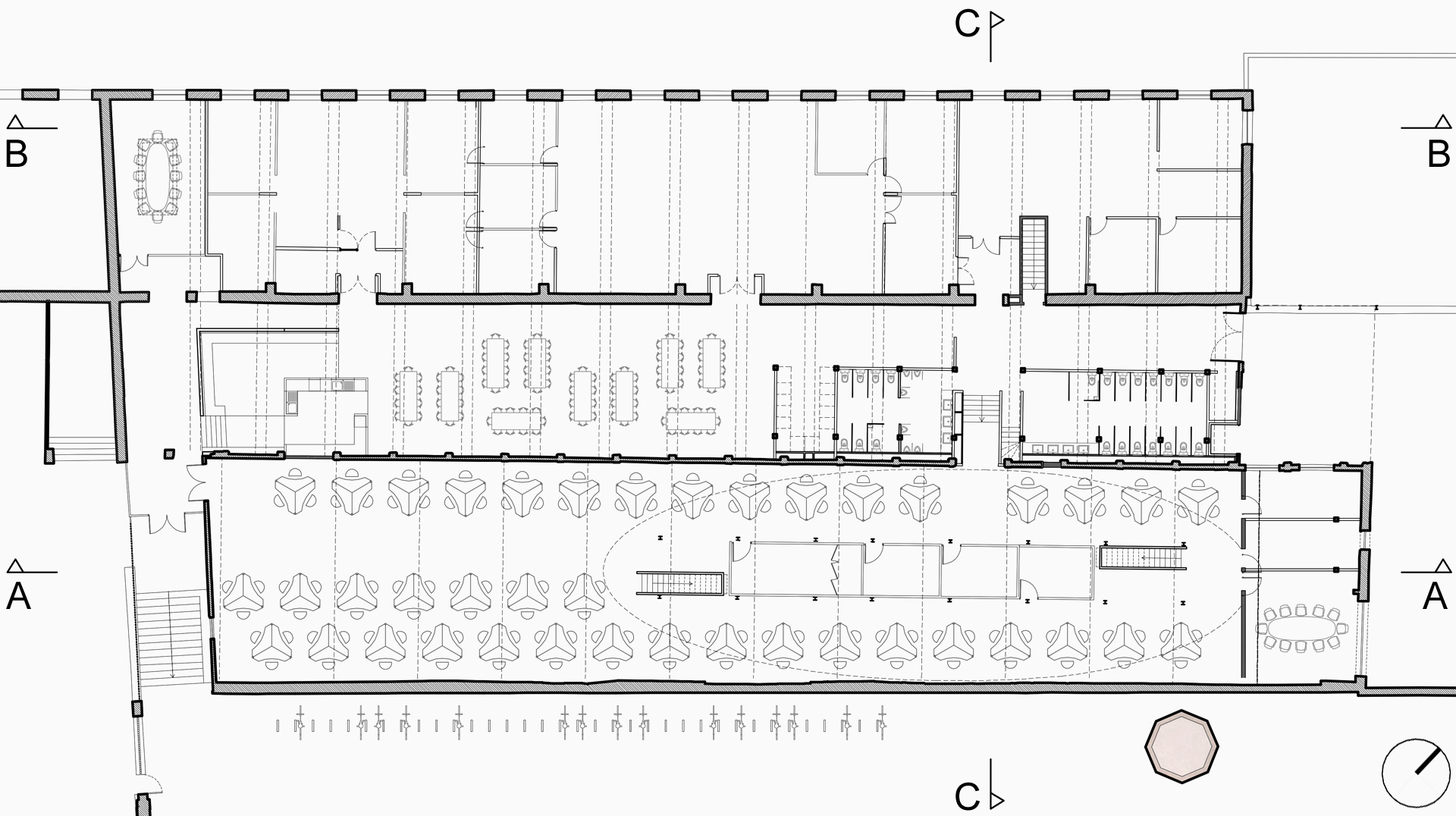