‘All our projects begin with a careful consideration of the history and local context of a given site,’ says Jeremy Barbour of Tacklebox Architecture. 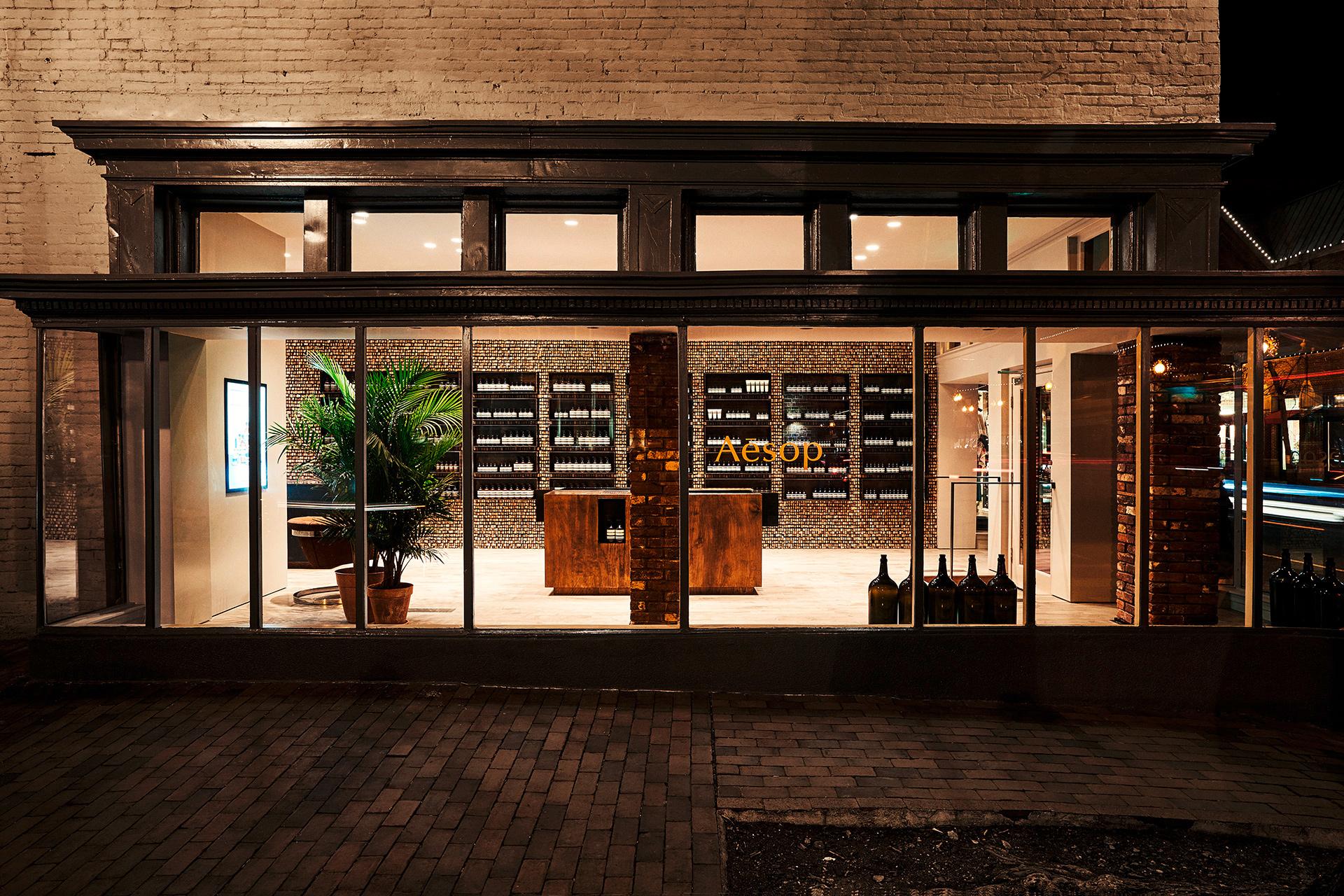 For the second Aesop presence in Washington, D.C., it was Georgetown’s history as a port city founded on the tobacco trade that defined Tacklebox’s design. 30,000 sticks of 100-year-old reclaimed Southern Pine – traditionally used to hang and cure tobacco leaves – are cut and stacked against the eastern side of the 80-sq-m space to form a dynamic rippled surface facing the store fronts. 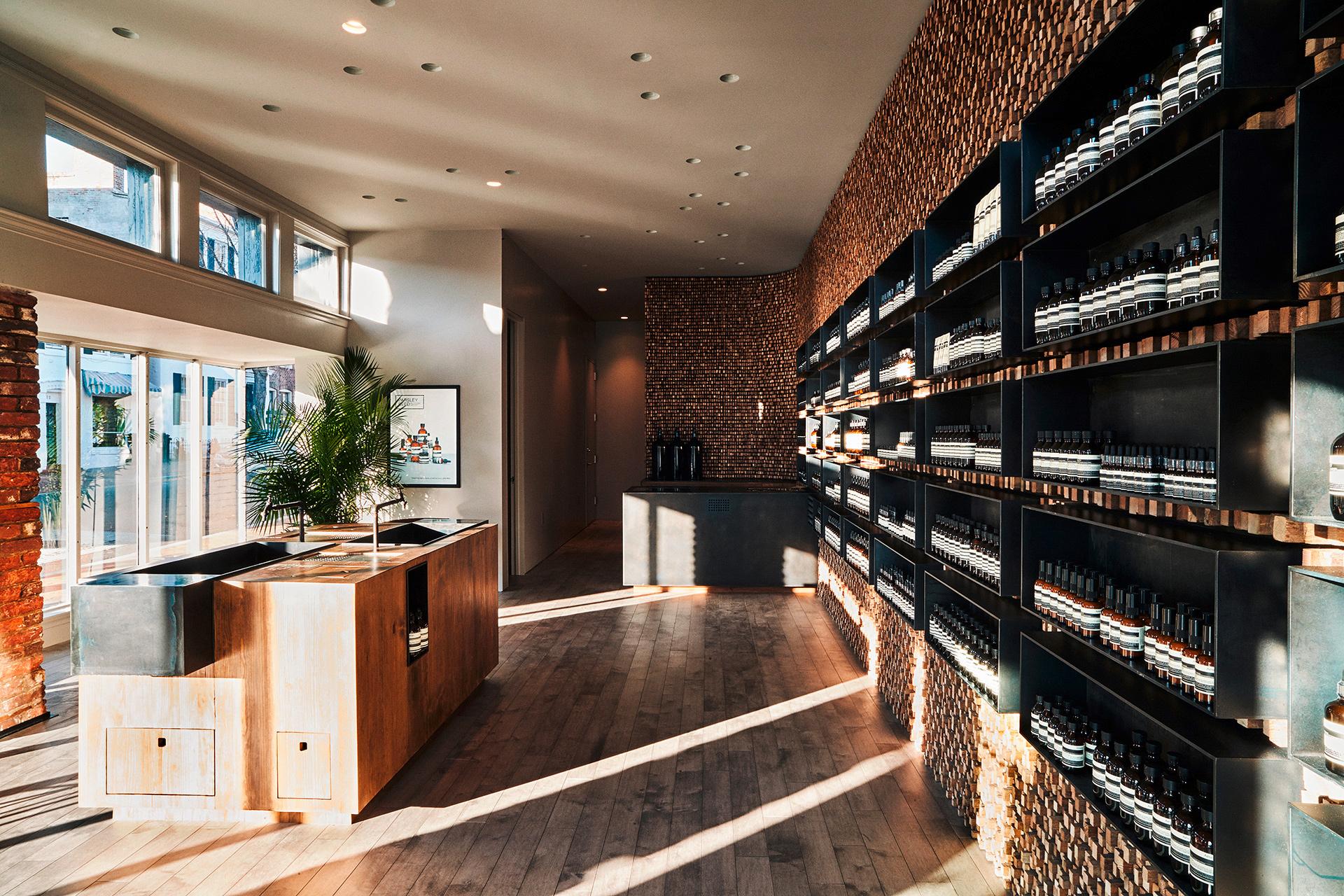 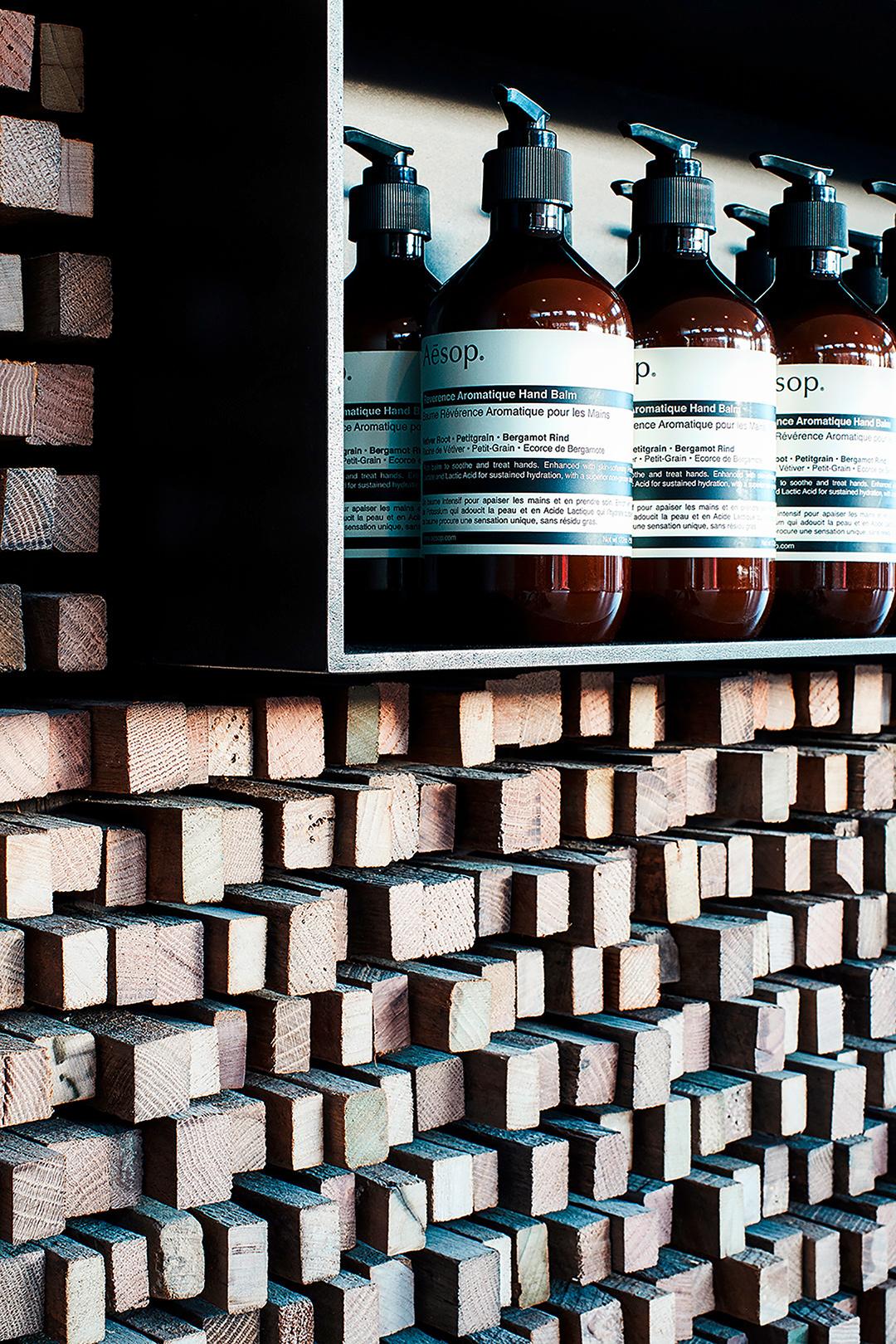 Having grown up in Virginia where his family had tobacco farms, Barbour felt a personal connection to Georgetown’s tobacco heritage. ‘I was drawn to the history of the founding of Georgetown which was established on the site of an early tobacco trading post... I have fond memories from childhood of exploring tobacco barns and I love the patina and the rich materiality of those old structures.’

The textural gesture of the stacked pinewood sticks is punctuated by the powder-coated steel of the product display cases, enforcing the instantly recognizable Aesop character and identity. 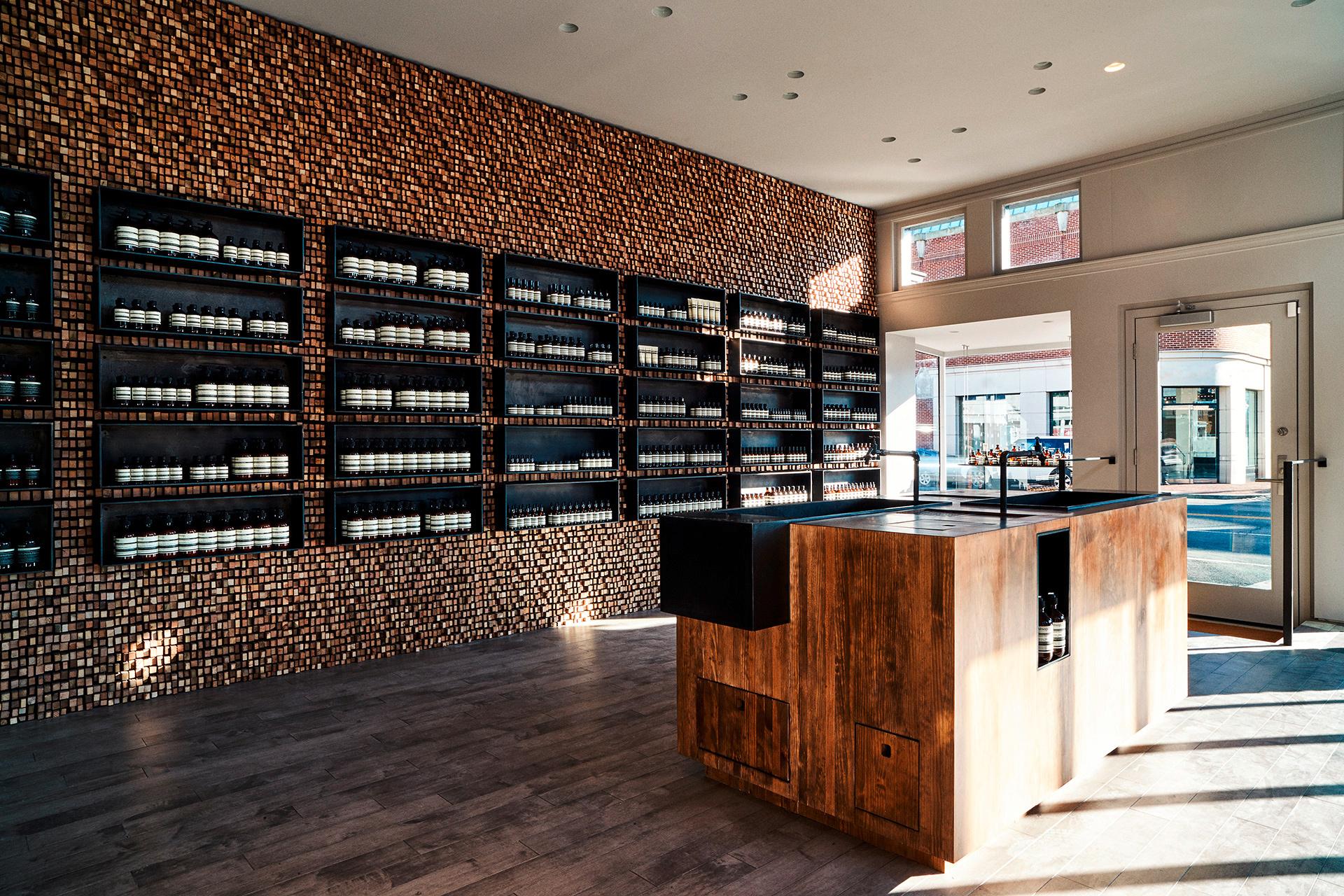 The Australian skincare company is known for its retail spaces that work with materials and references from the local area, while always retaining a distinctive brand aesthetic. And with over 100 articles featuring Aesop on our website, is there another beauty brand so enamoured of interior design?

No stranger to designing for the brand, Barbour shares these values, respecting an area’s heritage and environment in everything he creates. ‘As an architect who considers the experience of the visitor and the local context to be the most important considerations for a design, I couldn't ask for a better collaborative partner,’ says the Tacklebox director.

To drive the point home, for the Aesop store on Jackson Street, San Francisco, Tacklebox pays homage to the waterfront district by weaving the Bay Area’s geographical fault lines and natural rifts into the texture of the prominent hand-raked plaster wall. 41 solid copper shelves brace, stitch, and splice the wall terrain, anchoring the surface just as the San Franciscan settlers did on the dynamic shifting landscape. 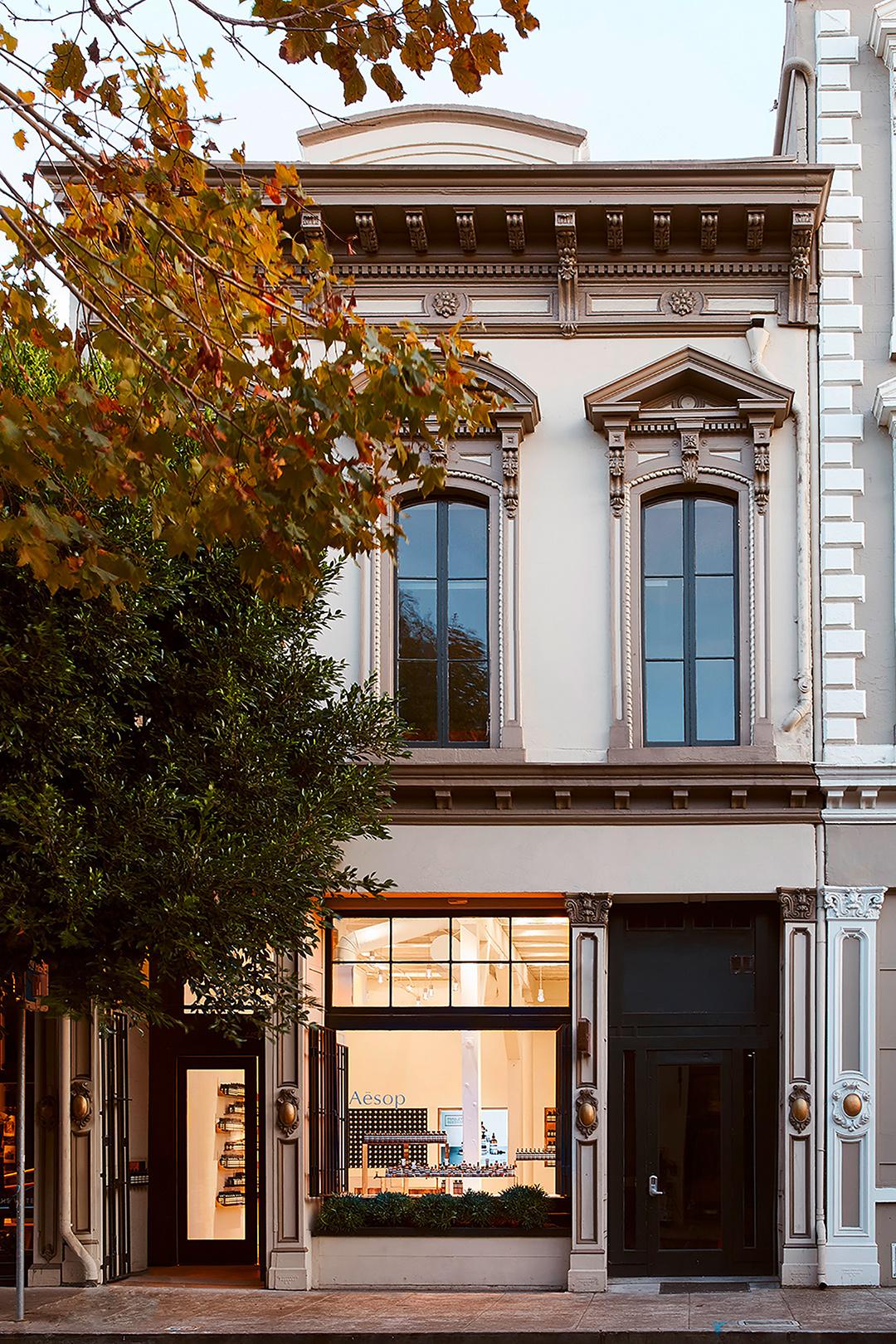 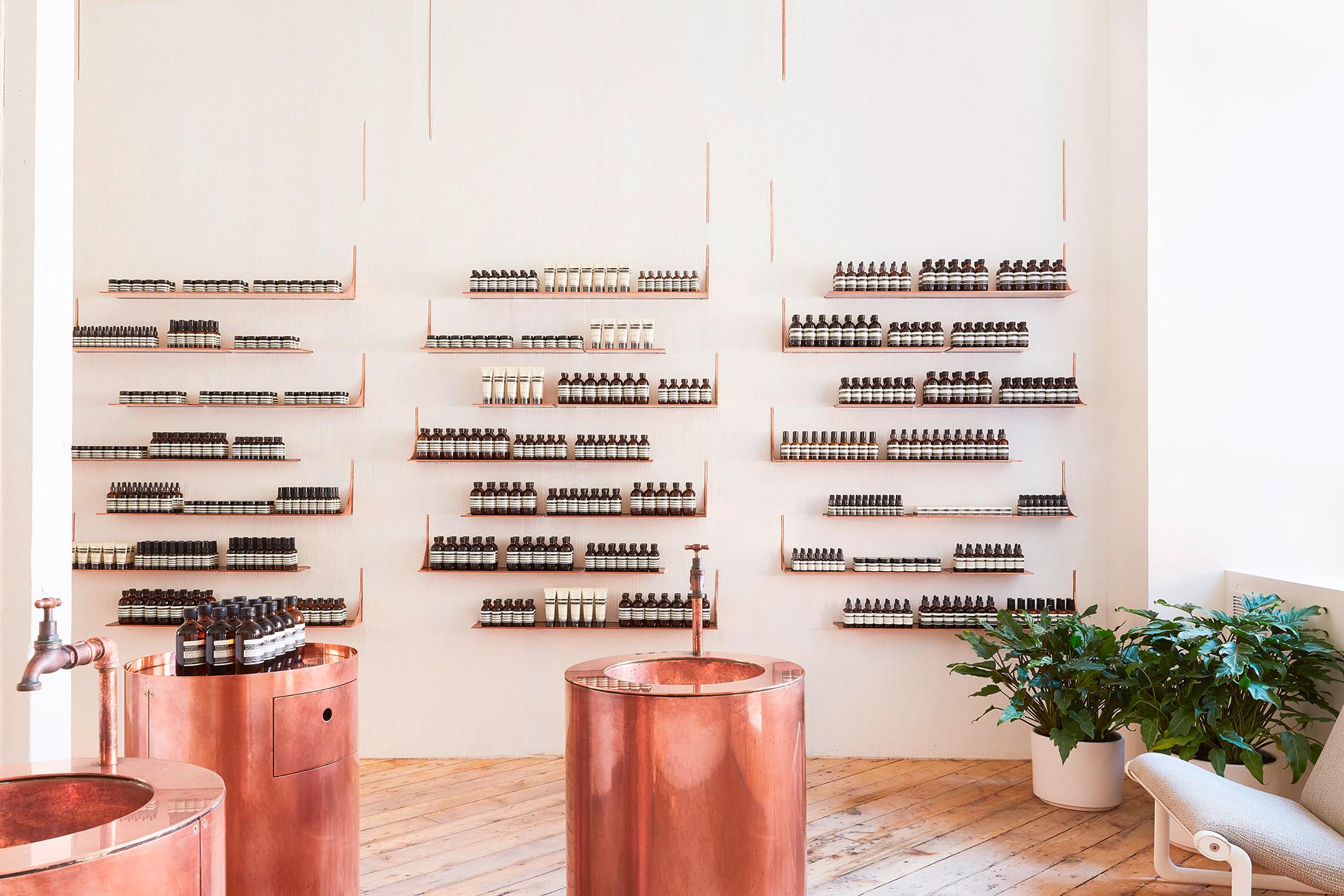 The use of copper in the floating shelves and the free-standing cylindrical washbasins also reference the copper stills used in the production of whiskey, a tribute to the Hotaling Whiskey Warehouse on Jackson Street. At one time the largest whiskey repository on the West Coast, the Hotaling building was saved from an earthquake and fire that destroyed much of the city in 1906, and Aesop store is situated in one of the few surviving structures near it. 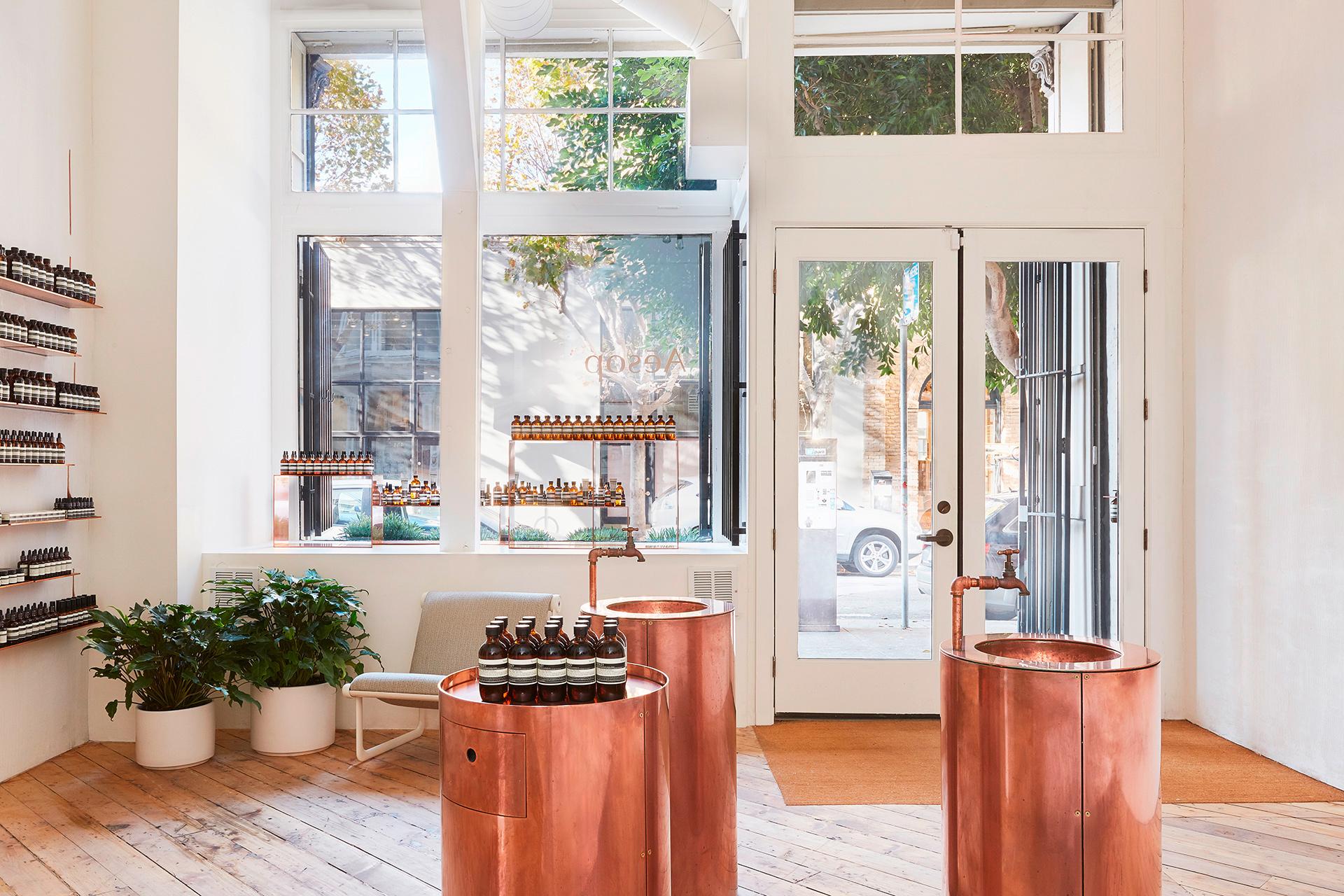 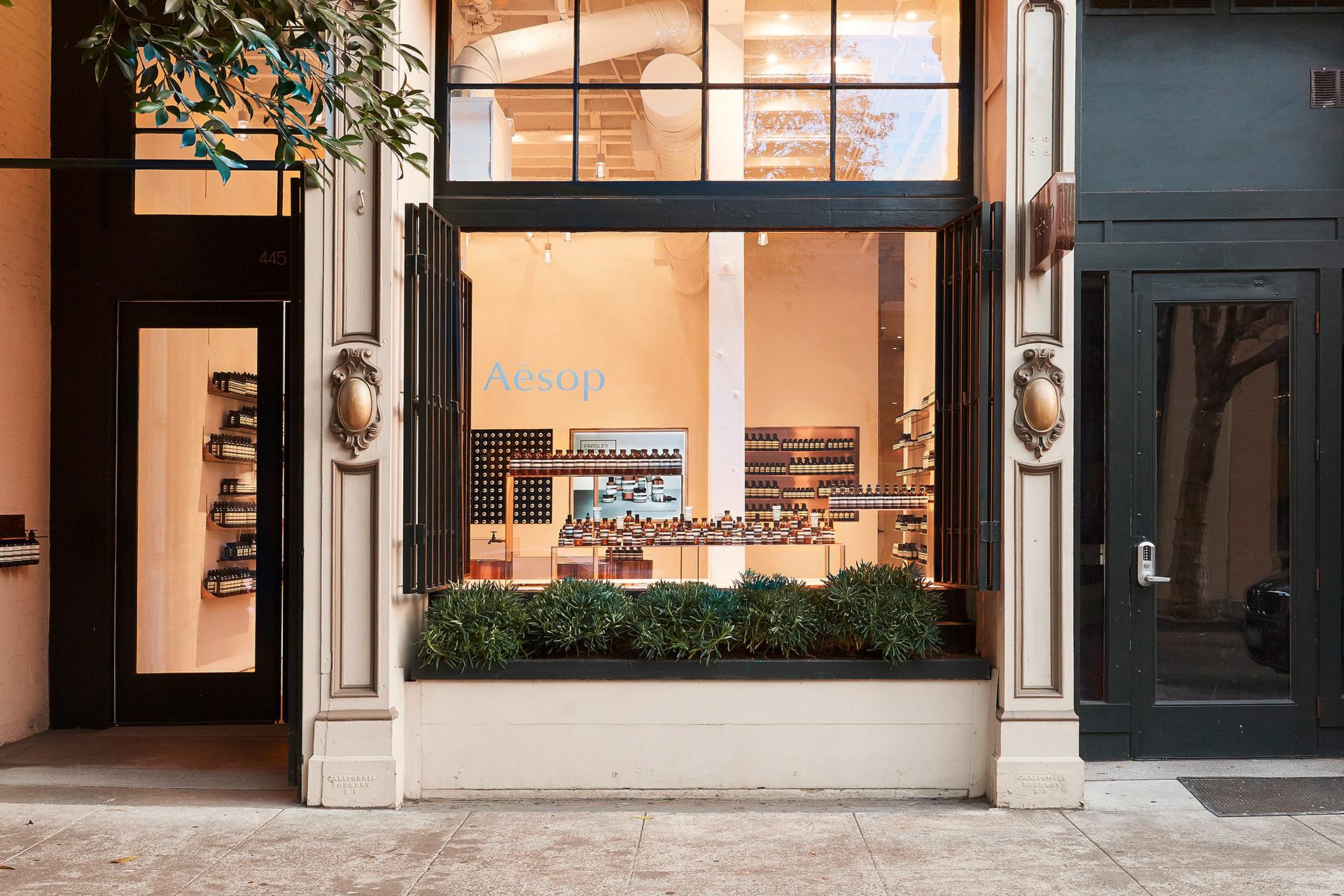 ‘Most retail companies roll out generic, one-design-fits-all, cookie-cutter stores,’ says Barbour, ‘[but] Aesop has consistently opened signature stores with unique designs that are each a carefully considered response to local culture, history and neighbourhood context.’