EINDHOVEN – Set up inside the MU Art Space, a course carved by flags, posts and ropes presents turn-by-turn options to execute Studio Knol's research on human herd behaviour in a controlled habitat. Disguised as one of Dutch Design Week 2015's exhibitions along Strijp-S provided a week-long onslaught of 25,000 unsuspecting subjects for the collective's latest behavioural experiment Human Swarm. 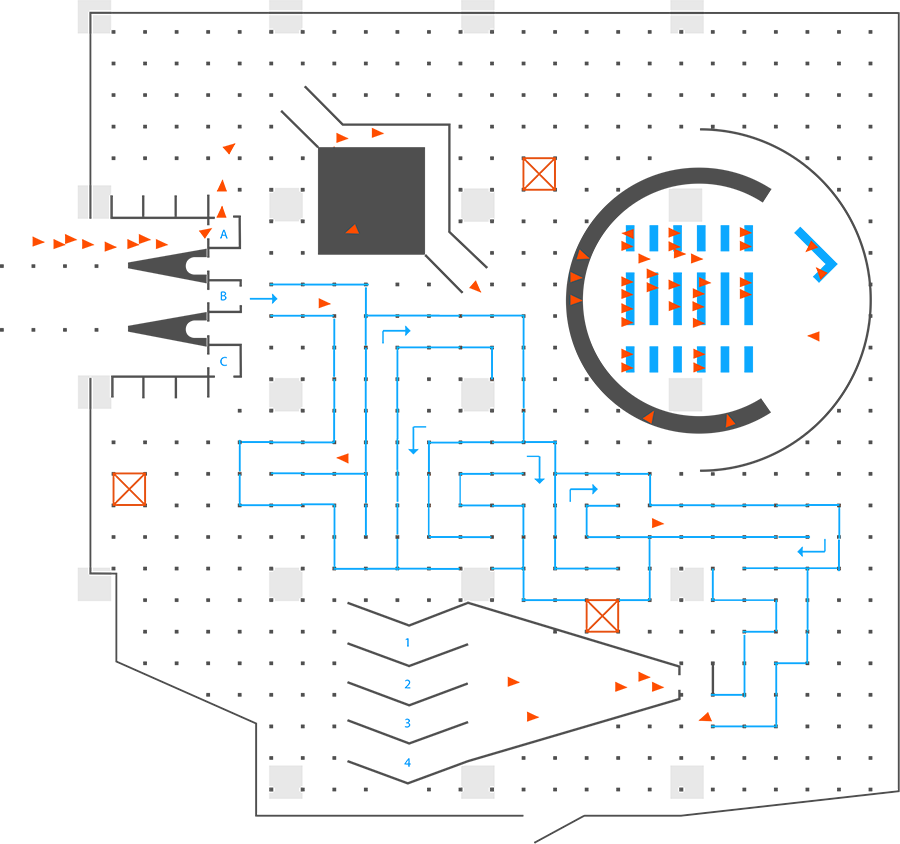 How will independent individuals whom pride themselves as being leaders and not followers fare in a maze intended to put individuality to the test albeit subconsciously? Immediately upon crossing the buiding's threshold, gaggles of human guinea pigs were forced to decide between one of three trajectories named after phony designers. Will the group's conformity reign or dismantle into individuals, influenced only by meaningless names without any predisposed knowledge of their work because it doesn't exist? 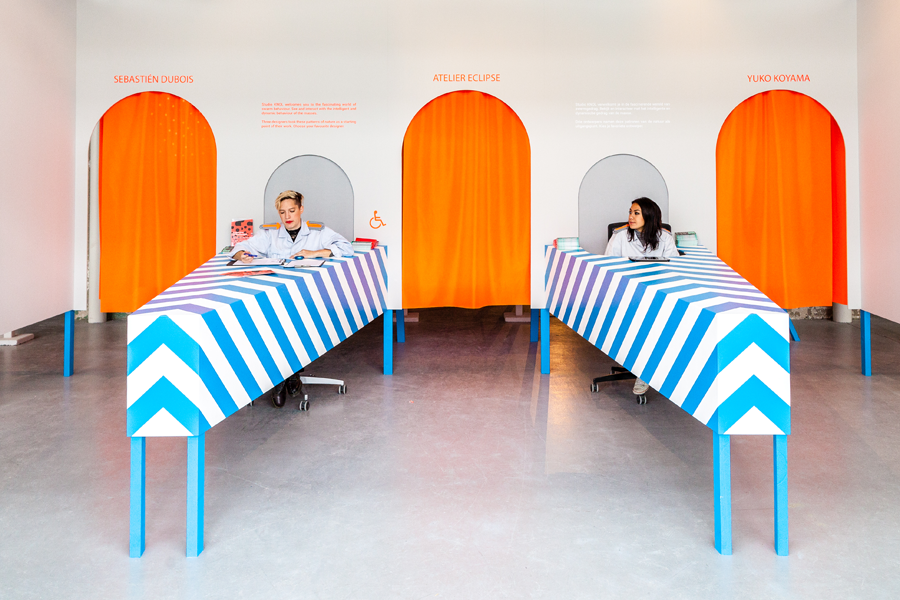 Once they've decided to see what's behind portals 1, 2 or 3 and emerge victorious on the other side, an option-ridden labyrinth demarcated with stanchions emerges, guiding subjects along routes which continue uninterrupted, or even worse, lead to dead-ends. Will they turn around and try again? Or simply duck under the tape for the 'easy way out'? Even worse, will others follow their lead? 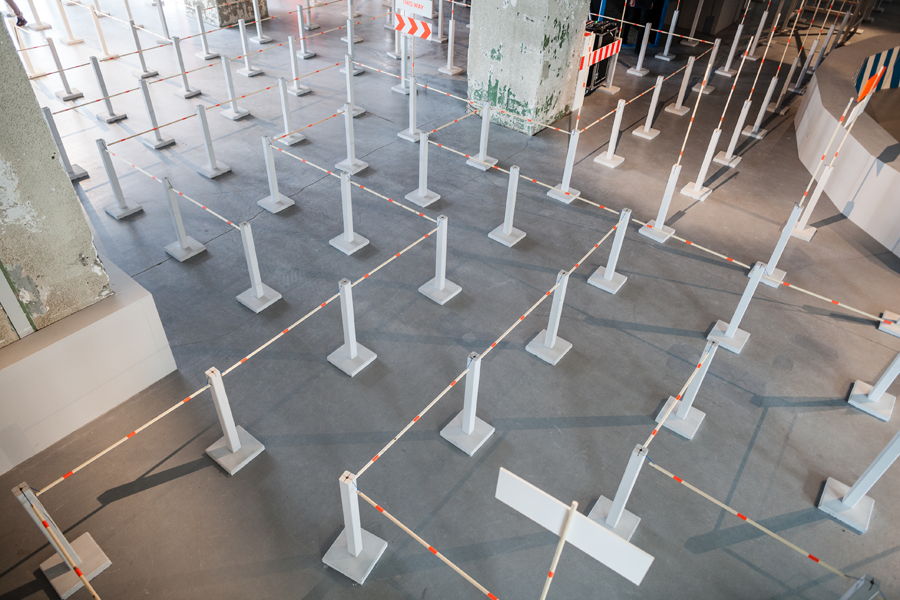 Partitions enclose a room to host projections of creatures in groups in natural habitats. Subjects see ants foraging for food around their nest. What they don't see – or notice – is the freshly mopped floor beneath their feet that is now dirtied with their footprints. The pioneers of the freshly mopped floor tip-toed into the room while their successors initially carefully and then flagrantly followed in their footsteps. 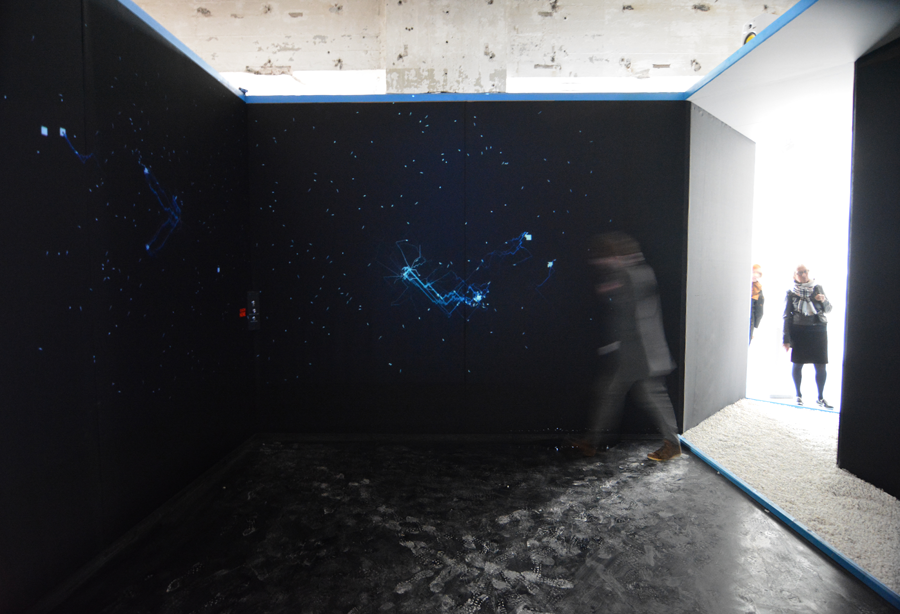 At the centre of the exhibition, an auditorium with rows of benches presents onlookers with an unexpected condundrum. Seats situated at the back of the room are lower than the benches towards the front. Once subjects observed and became frustrated with the dilemma at hand, a grassroots movement ensued to switch the locations of low and high benches which managed to appear as a well-orchestrated endeavour to outsiders. 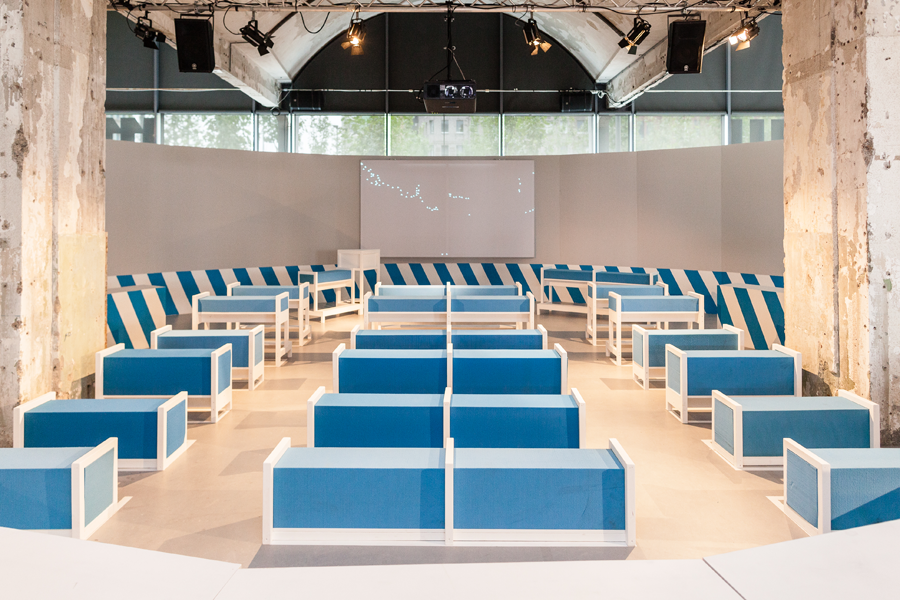 Watched by human eyes and webcam lenses alike, the group's decisions were documented in the highly monitored environment from the outset. They were informed of the exhibition's intentions upon completion of the experience. A few months later, the results have been assessed, evaluated and calculated. Turns out, humans are quick to follow suggestions from signs and seek confirmation when straying from what may be suggested as expected from them. 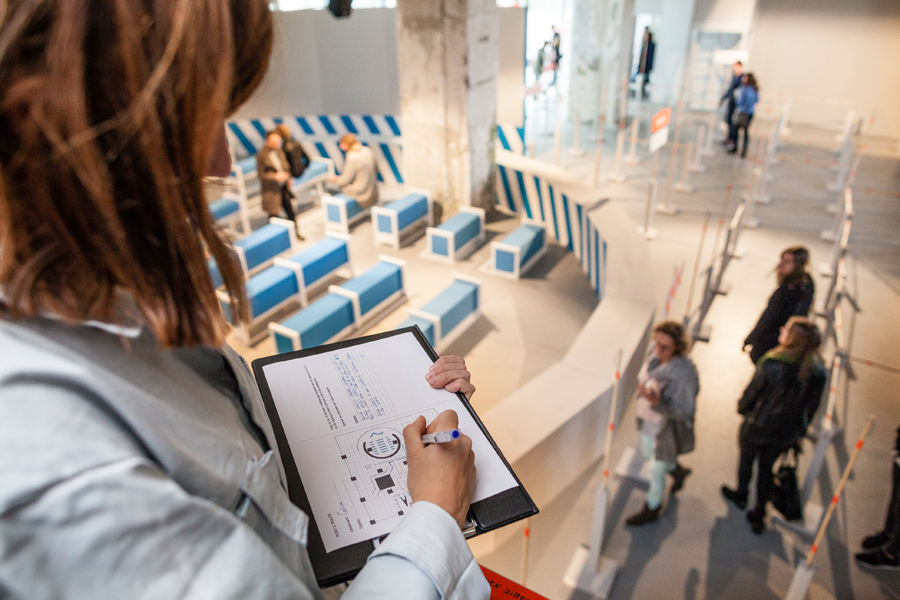 Wish you had partaken in this study? Block off your calendar, as this year's edition of Dutch Design Week will take place 22–30 October 2016.