Seeing Franchise Freedom – a sculpture-performance by Studio Drift – on the television around the time Apollo 11 made their historic moon landing would've only seemed explicable if it was possible to strap birds with star-like lights, then release them into the night sky to glide in mesmerizing choreography. But birds aren’t the source of the glowing murmuration that’s, in this century, taken to night skies above events like Burning Man and Art Basel: hundreds of drones are.

The faux-flock’s latest destination was Merritt Island, Florida, the home of the Kennedy Space Center. A custom iteration of Franchise Freedom was put together to help NASA celebrate the 50th anniversary of Apollo 11’s moon landing. Drift’s Lonneke Gordijn and Ralph Nauta had some help this time: Duran Duran turned their song The Universe Alone into an eight-minute-long orchestral arrangement for a live accompanying performance. 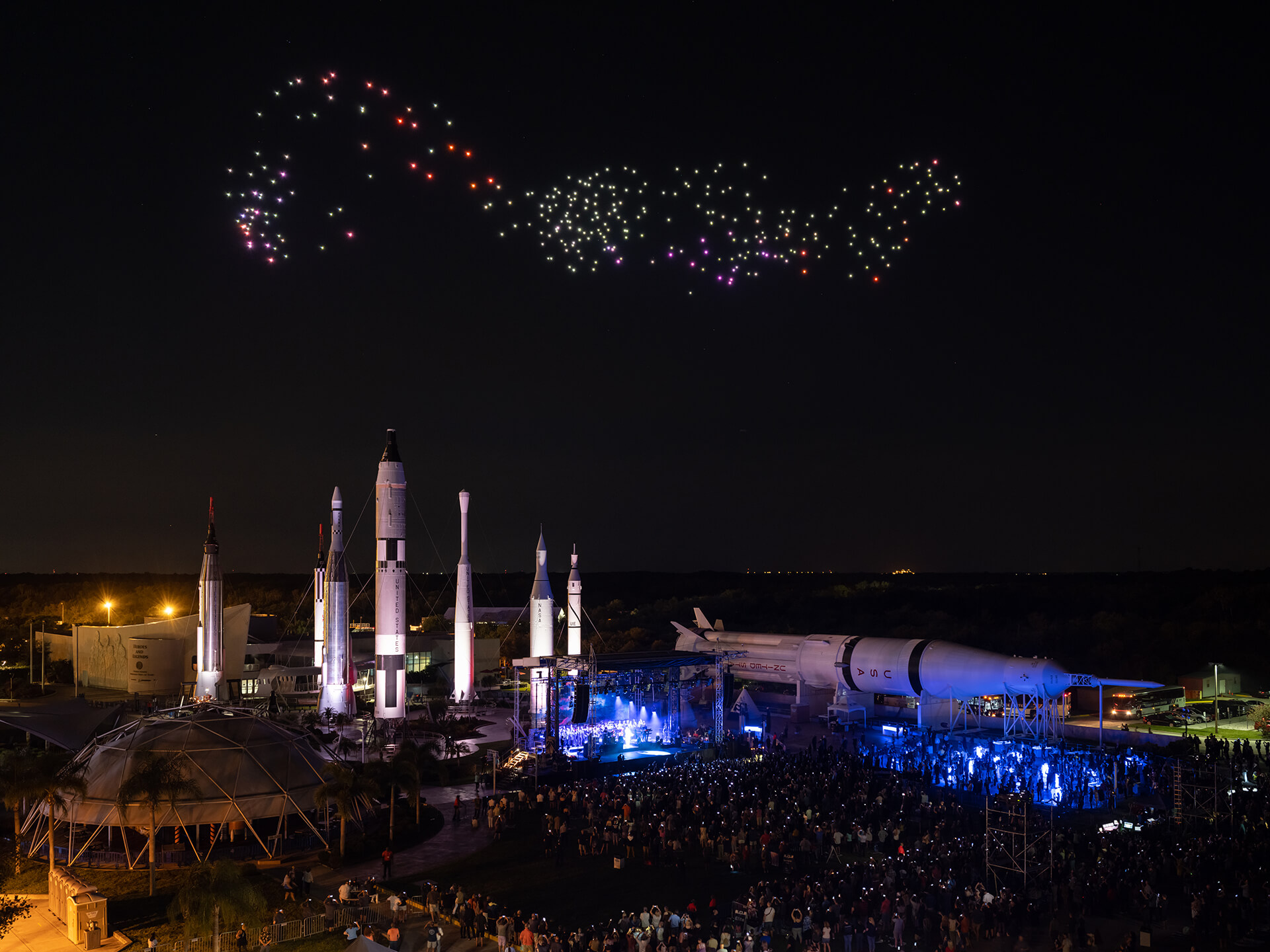 It all came together on the humid night of 16 July, when the band played as 300 illuminated Intel Shooting Star drones undulated in the troposphere blanketing NASA’s Rocket Garden. Each one, algorithmically programmed by Gordijn and Nauta to mimic the natural flight patterns of starlings, had an individual light source, with intensities and colours dependent on the distance between it and the other drones.

The performance was as an appropriate choice from the American space program, as, even after completion, it sparks an interesting conversation about the intersection of technology, nature and human impact. Moreover, it symbolises how much has changed between the three since Neil Armstrong imprinted those first, famous footprints.

‘The moon landing made us think about our lives here on Earth more than life on the moon,’ said Gordijn. ‘The Apollo 11 moon landing exemplifies how technology can have a positive effect on humanity,’ added Nauta. ‘It is our responsibility to use technology to build a sustainable future.’