Courtesy of The Botanist

The Botanist is a new retail brand from Acreage Holdings, one of the largest cannabis operators in the United States. Three stores opened late in 2018, and three more will open in 2019 throughout the East Coast. The spaces, inspired by elegant 19th-century greenhouses, have been designed by McKinley Burkart, a Canadian architecture firm better known for its luxury residential and hospitality spaces. It makes sense: the brand’s self-declared aim is to reflect the future of cannabis retail.

This, by the way, is what that future of cannabis retail looks like: Silverpeak’s ‘stunning Aspen store [that] provides an extraordinary shopping experience’ looks like it drew inspiration from a London gentlemen’s club. Diego Pellicer in Seattle markets itself as ‘luxury you can afford’ and its 4th Avenue store looks like it belongs in the nicer spots of the Vegas strip. Planet 13, by the way, is actually in Vegas – but it looks like an Apple store. 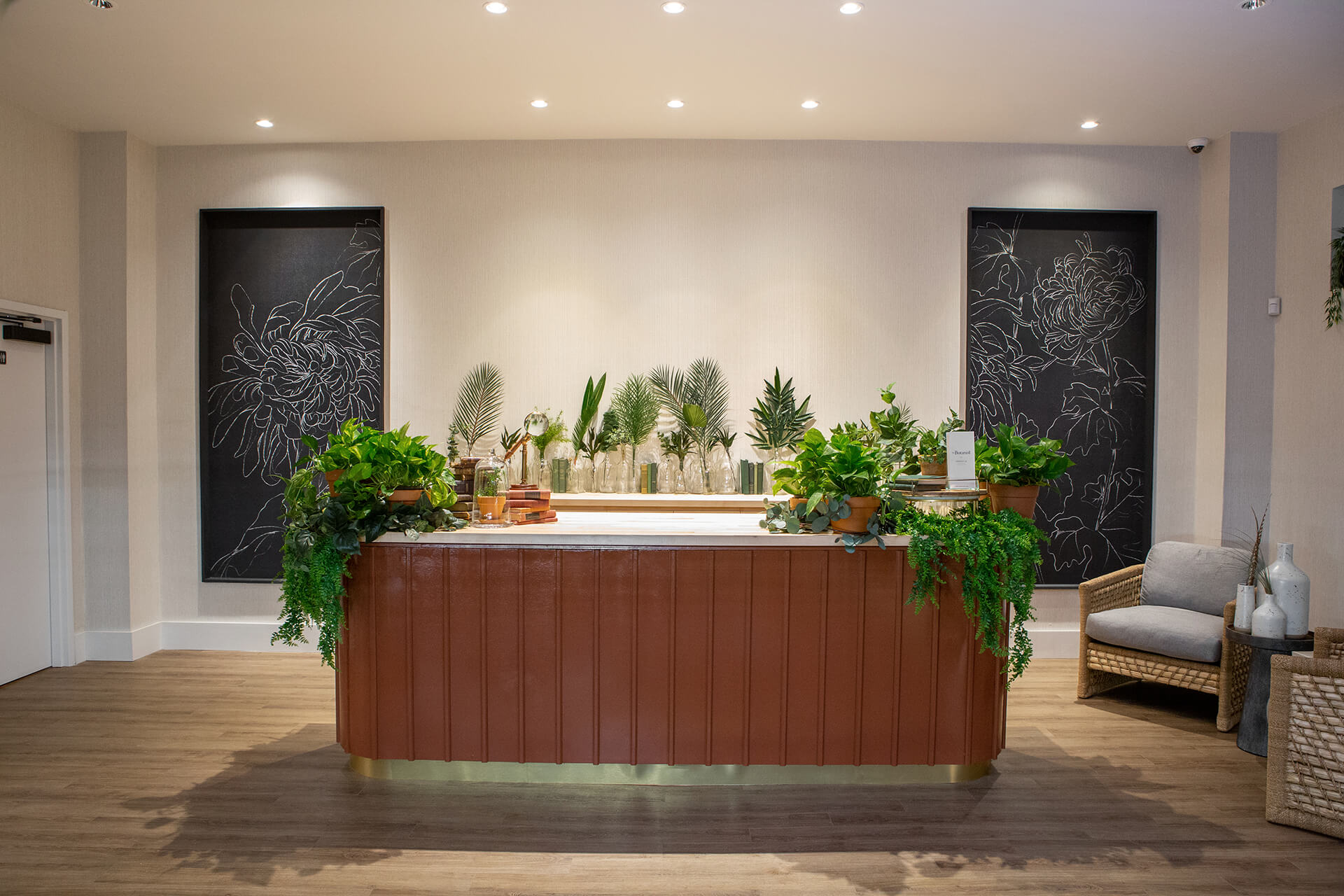 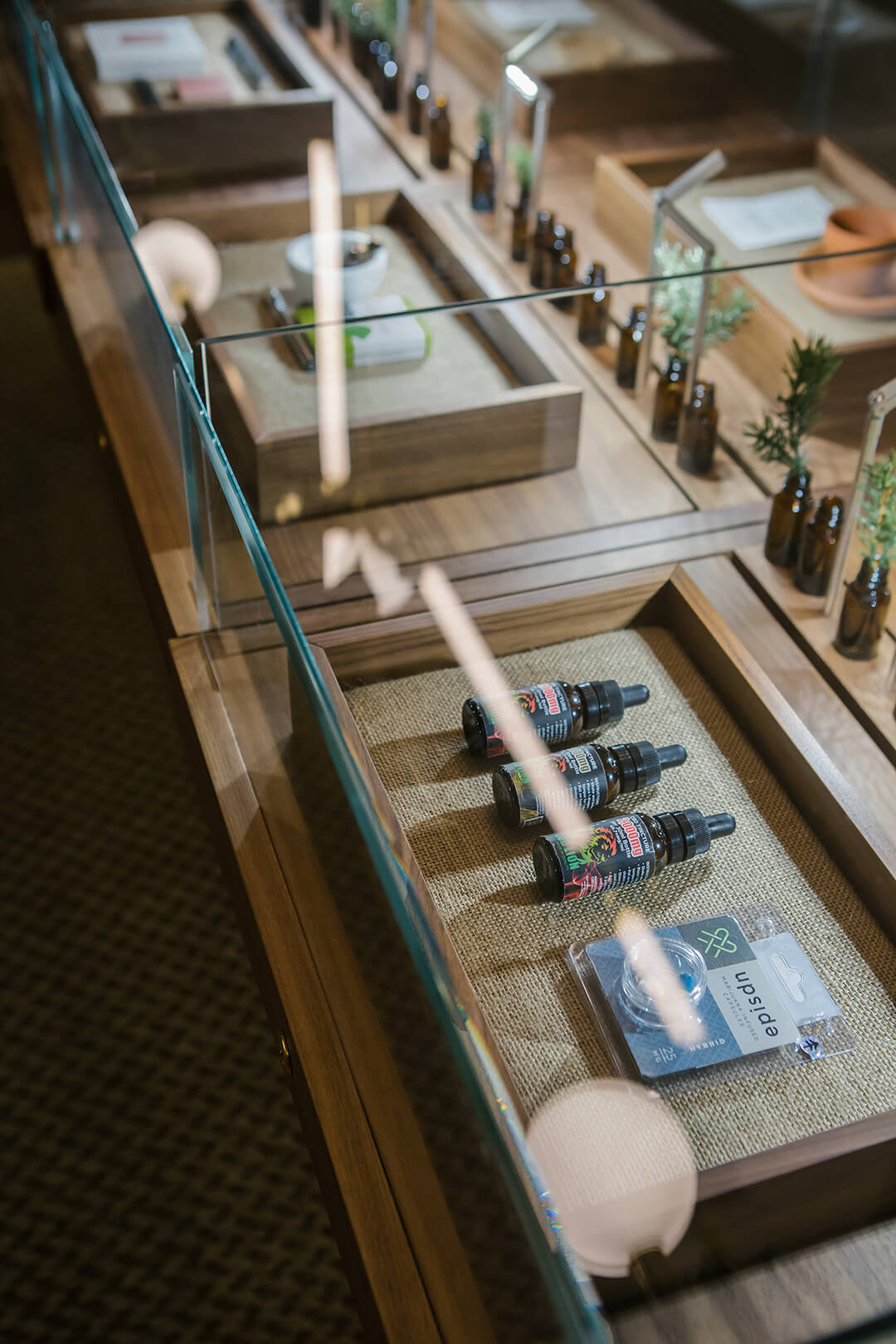 Stop me when you get the general idea: as more American states are relaxing policies related to recreational marihuana consumption, spatial design has found a new niche. That’s why cannabis retailers are starting to look more David Rockwell than David Wooderson – gone is the tie-dye and the reggae playlist, as now they’ve gone luxe.

Which would be perfectly fine and good news for business… if only marihuana possession wasn’t the loaded racial element that it currently is in the United States. Despite nearly equal usage rates, black users are still four times more likely than whites to be arrested for smoking, according to the American Civil Liberties Union. In New York City, where a couple of Botanist stores are opening this year, it’s eight times more likely – and being Latino is also bad news, as the group’s arrest rate is five times that of non-Hispanic whites. What’s more troubling: according to the Drug Policy Alliance, the rates of these racially biased arrests persist even in states that have legalized the drug.

Here in the Netherlands coffee shops are, almost as a rule, as far from the definition of spatial luxury as possible. Beyond the lax drug policy in place in the country, it is the cultural umbrella for tolerance that makes marihuana not a premium item, but a right to all. 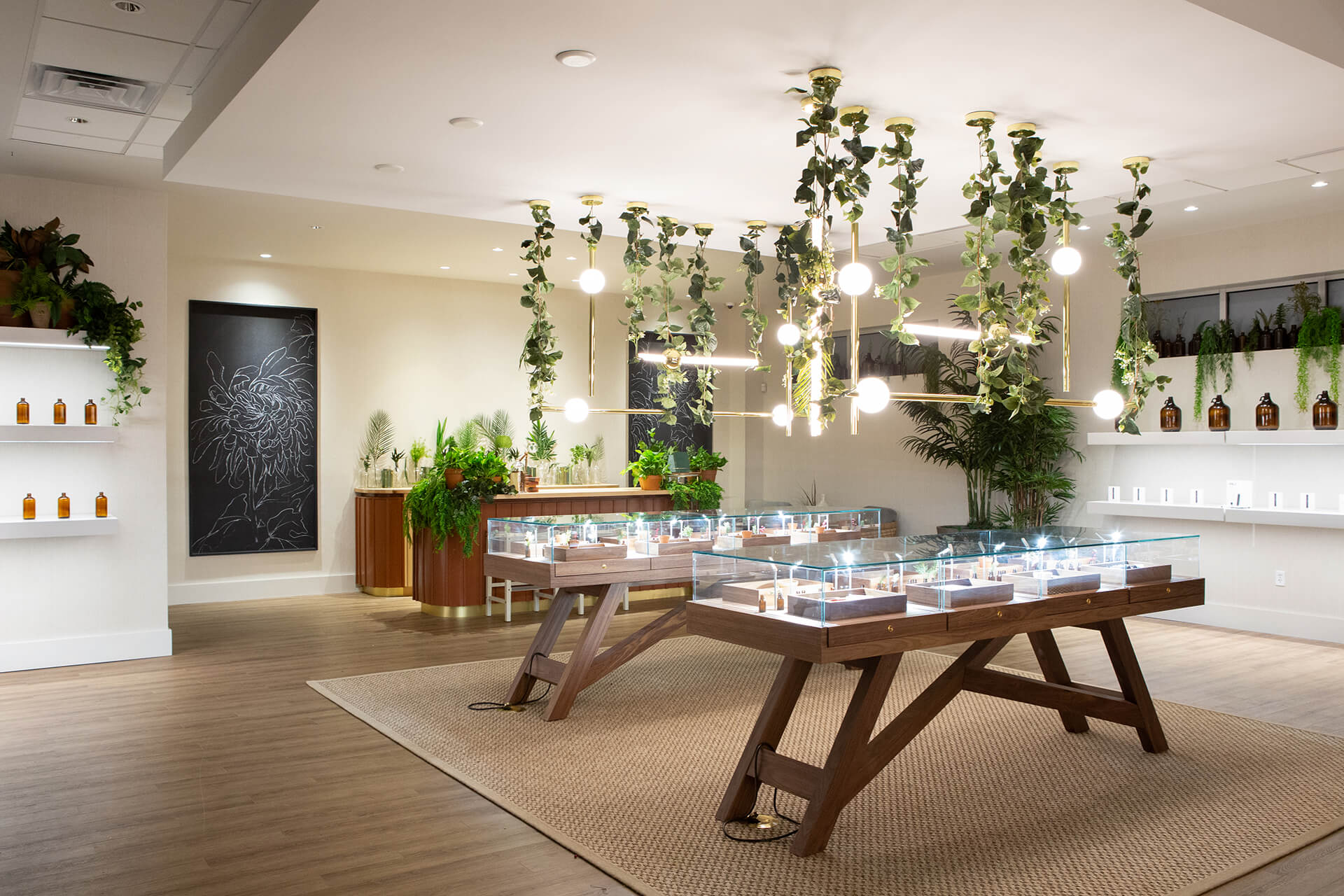 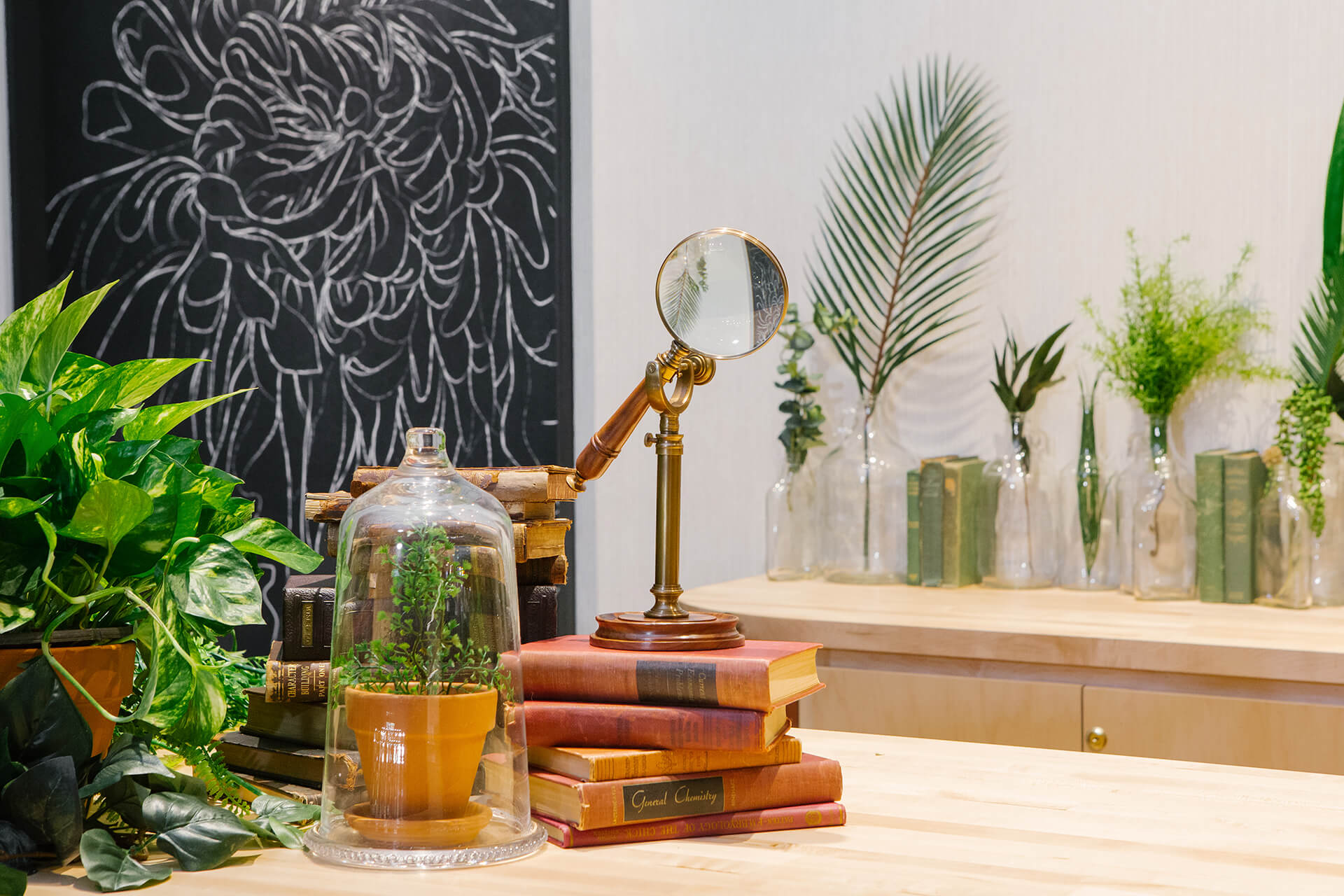 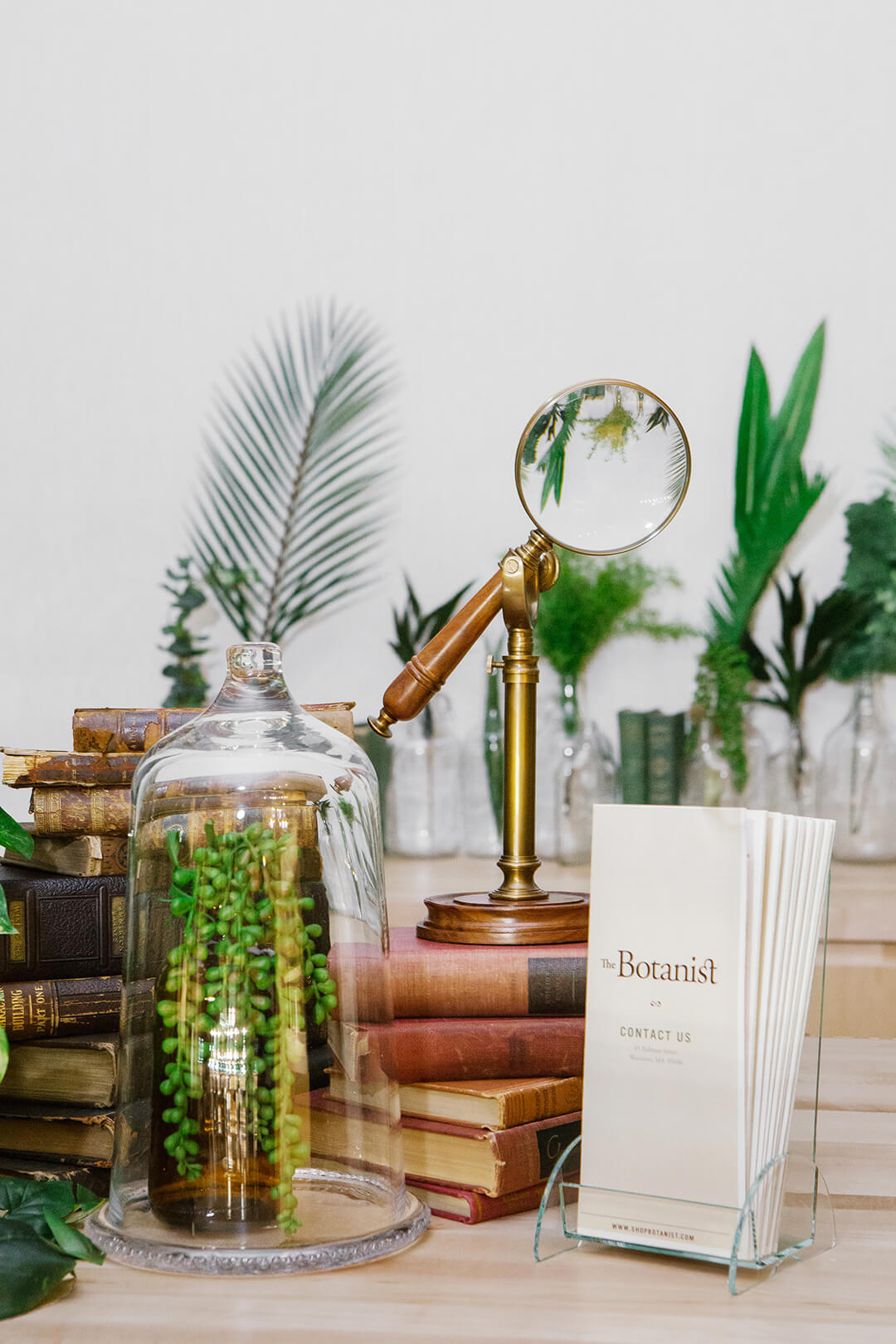 MedMen, one of the biggest names in marihuana retail in the state of California, has been nicknamed the ‘Starbucks of cannabis.’ Sure, but consider this: in early 2018, two black men waiting for a business contact at a Philadelphia Starbucks were infamously removed from the premises in handcuffs, as an employee thought they looked suspicious on account of them just being there. That meant that 47 years after its birth as a company that wanted to democratize specialized coffee drinks, Starbucks still hadn’t effectively and inclusively opened its spaces to minority populations. The underlying message was that the experience of thoughtfully designed coffee consumption – their stores have indeed raised the coffeehouse stakes worldwide – was actually only democratic for a lucky few. Luxury marihuana dispensaries are engaging in something even more pernicious today, as the tone-deaf design choice is sending the message that there’s really no issue with white privilege manifesting itself in these stores.

In the case of marihuana retail, there are professions more harmful than spatial design, but only a few

Take it from someone who remembers the carnage of the Pablo Escobar era in Latin America and sees how flippantly many white young men here in Europe wear Narcos t-shirts nowadays: Weed Luxe appears to be yet another painful iteration of narcotic entertainment for the privileged few at the expense of the suffering many.

So, to paraphrase Papanek: in the case of marihuana retail, there are professions more harmful than spatial design, but only a few. In this sense, there is something very wrong about the fact that premium retailers and interior designers are turning a blind eye to the plight of minorities, especially given the current political climate in the United States. Some 15 years ago, the hospitality industry started redefining what luxury meant by addressing where in its chain people and environments were being affected; in other words, it's not impossible to change an entire industry's definition of what high-end is. As these new spaces are acting as radio repeaters for racial disparities and there’s a gold-rush mentality pervasive in cannabis retail, there is no better time to consider the role of design in this new niche.

Spatial design can indeed have a positive – or negative – social impact. Here at Frame we stand by that idea, and it’s why one of our core tenets is Full Circle – we always keep an eye on how design can push beyond the boundaries of sustainability and achieve inclusive social good.